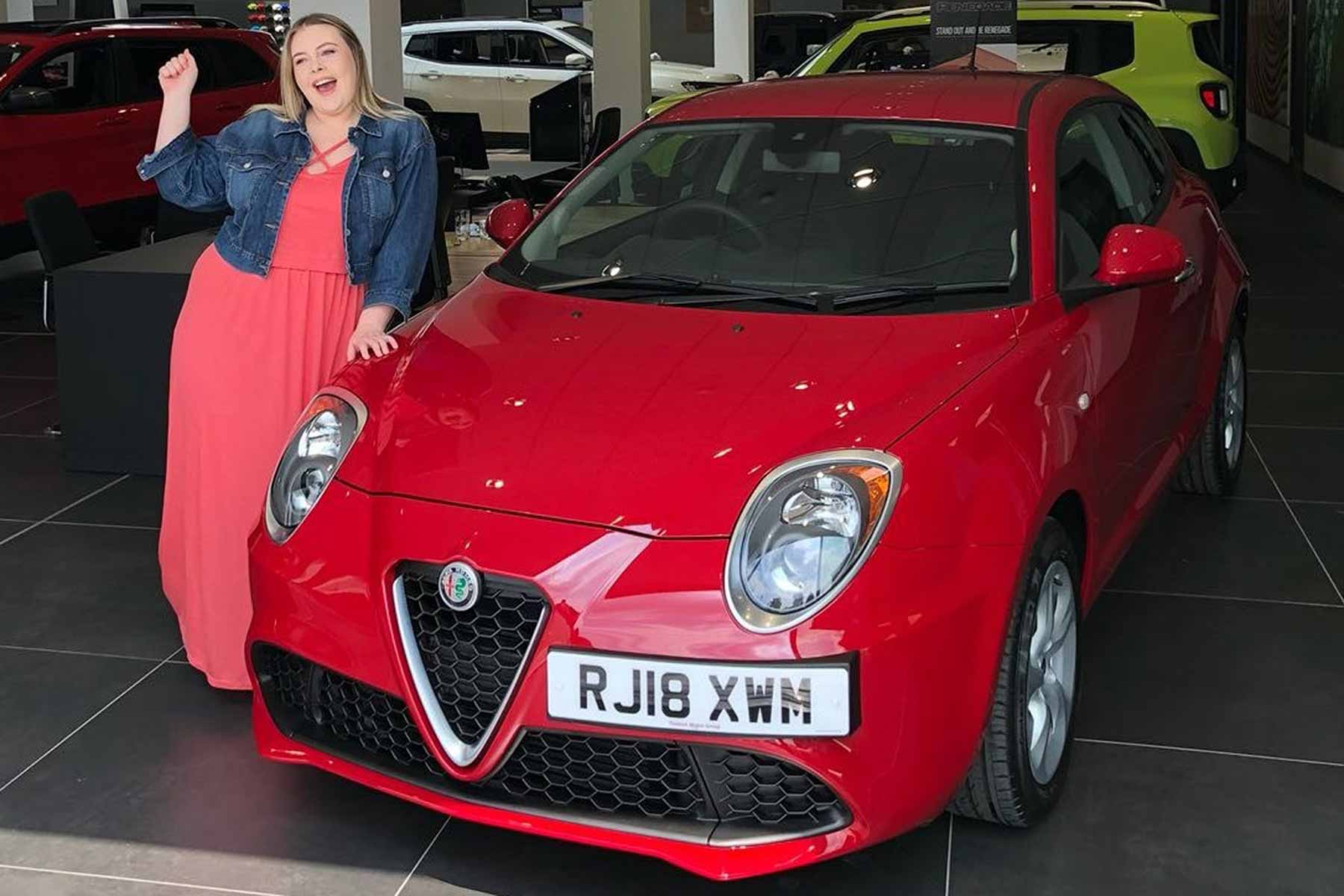 Auto Trader has revealed its World Cup new car giveaway has already cost it more than £150,000, and the bill will rise further if England’s current run of good form continues.

The automotive marketplace’s #AutoTraderGoals social media competition is giving away a car for every goal England score. The running total has already exceeded the expected number of cars and, the 6-1 scoreline against Panama meant the form book was thrown out the window.

Since then, Auto Trader has been scrambling to source more Alfa Romeos, Fiats and Jeeps to give away to winners.

Harry Kane’s 57th minute goal in Tuesday’s match against Colombia took the running tally of cars to more than £150,000. Auto Trader has now done the sums and found the bill so far is £156,135, made up of:

24-year-old paediatric news Imogen Ryan (pictured above) from Reading was Tuesday’s winner and said she was “crying with joy when I found out I’d won.

“I’m 17 weeks pregnant and we desperately need a new car – so to win one in this way after such a dramatic end to the game was beyond a dream.”

Despite the steep bill, Auto Trader’s hoping Saturday’s match against Sweden will see the competition extend into the semi-finals next week, particularly as the competition has been trending on Twitter every time England has scored a goal in the 2018 Russia World Cup.

Auto Trader’s Lei Sorvisto said: “It’s fair to say that when we started this competition, we didn’t anticipate England would score so many goals.

“We’ve given our finance director a few headaches along the way – but we’re thrilled for all of the competition winners and we’re fully behind the England team to bring it home!”