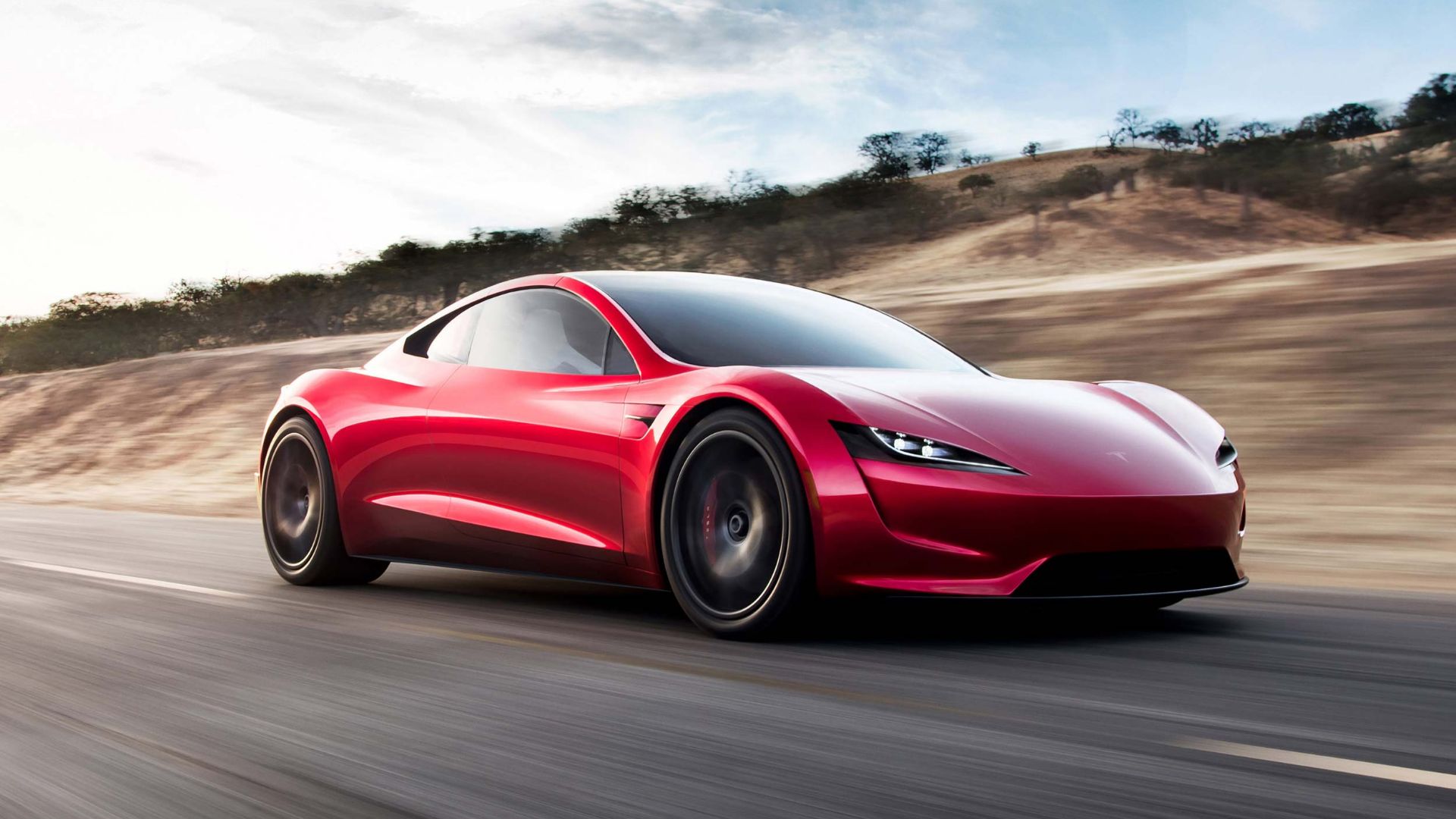 Tesla boss Elon Musk says one of the options available for the next-generation Roadster will be a ‘SpaceX package’. And that means – in theory – the car will be able to fly.

The new Roadster will actually do something like this https://t.co/fIsTAYa4x8

He’s serious, too. Musk commented on how cold-air thrusters could be used to aid braking, acceleration, top speed and cornering. He also adds that such a system would “maybe even allow a Tesla to fly”.

The thing is I feel like you’re not joking

As standard, the new Roadster is claimed to hit 60mph in 1.9 seconds, plus a top speed of more than 250mph. It’s also said to have 620 miles of range.

Acclaimed tech YouTuber Marques Brownlee, a known friend of Musk’s and avid Tesla supporter, echoed the suspended disbelief of us all, saying: “The thing is I feel like you’re not joking”.

I’m not. Will use SpaceX cold gas thruster system with ultra high pressure air in a composite over-wrapped pressure vessel in place of the 2 rear seats.

Musk naturally responds with detailed jargon on how he’d get a Tesla to fly. How does a “SpaceX cold gas thruster system with ultra high-pressure air in a composite over-wrapped pressure vessel in place of the two rear seats” sound?

In response to another reply depicting a certain famous DeLorean with its wheels sideways and rocket power, he said: “the new Roadster will actually do something like this”.

Plus, you can basically accelerate at the limit of human endurance

It’s not been established whether Musk was consuming herbal refreshments – similar to those he famously enjoyed on Joe Rogan’s podcast – when he claimed the next Roadster could go vertical.

Love him or lump him, the automotive and technological worlds are undoubtedly more interesting thanks to Musk. He certainly makes a change from the grey-suited, PR-hardened automotive execs we’ve become used to.