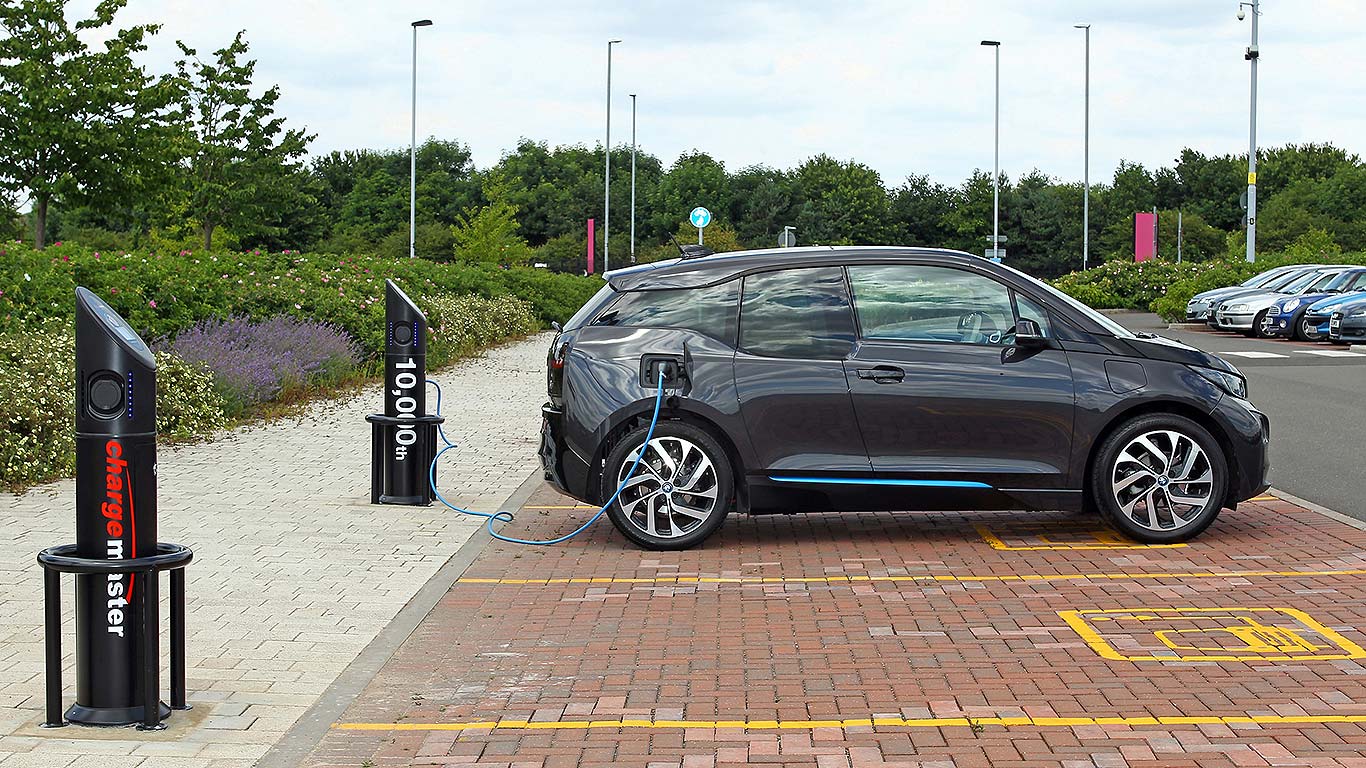 The government has announced a new bill that will require all large filling stations and motorway services to install electric car chargepoints, as part of an effort to step up the development of the UK’s EV sector.

The new Automated and Electric Vehicles Bill, which had its first reading in parliament this week, will make it mandatory for Britain’s network of just over 90 motorway service areas to offer electric car charging facilities – a move aimed at encouraging the use of electric cars for longer journeys.

Large filling stations will also have to install them – and the bill also “gives the government powers to make it compulsory for chargepoints to be installed across the country”.

The aim, said Transport Minister John Hayes, is for “the UK to be the best place in the world to do business and a leading hub for modern transport technology, which is why we are introducing the Automated and Electric Vehicles Bill in Parliament and investing more than £1.2 billion in the industry.”

The bill, added Hayes, also insists all chargepoints must be ‘smart’, so “they can interact with the grid in order to manage demand for electricity across the country.

“Drivers of electric vehicles will be able to easily locate and charge at any chargepoints, using information from sat navs or mobile apps, regardless of the vehicle make or model – making running an electric vehicle even easier.”

There’s going to be more money available to develop suburban electric car recharging networks too. Roads Minister Jesse Norman has announced more funding for local authorities to install chargepoints in residential areas, so cars parked on the street have access to recharge facilities.

“We have already supported the purchase of 115,000 ultra-low emission cars and there are already more than 11,500 publicly available chargepoints,” he said, “but the demand continues to grow as more people purchase electric vehicles to cut fuel costs and boost the environment.”

The Automated and Electric Vehicles Bill will also guarantee drivers of automated cars will be insured on UK roads, part of the government’s support for an industry it believes could be worth £50 billion to the UK economy by 2035.

By making insurance a requirement, any victims of collisions with an automated vehicle “will have quick and easy access to compensation, in line with existing insurance practices”.

NEXT> Smart is to become an electric car company