The Cupra e-Racer, the first all-electric touring car, has driven its first laps in anger around a circuit. 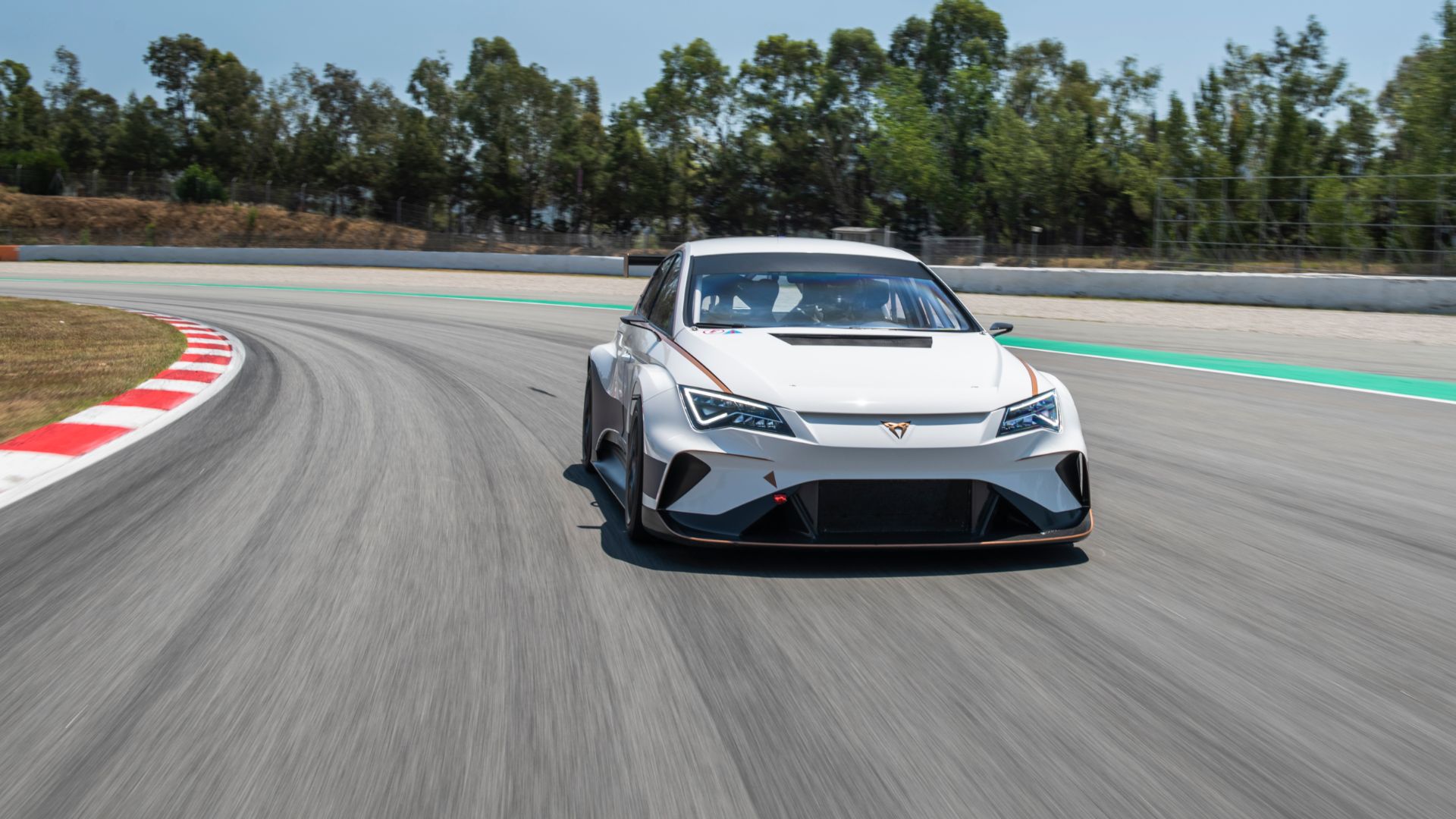 The Cupra e-Racer, the world’s first all-electric touring car, has driven its first laps in anger around a circuit.

With Mattias Ekstrom at the wheel, the e-Racer took to the Montmelo track in Barcelona for a cautious first few laps. Packing over 670hp, the e-Racer can reach 62mph in 3.2 seconds and 124mph in 8.2 seconds.Top speed is 167mph.

Apart from its electric motors and 400kg of batteries, the e-Racer is standard-issue touring car. That means plenty of aero addenda and slick tyres.

“After a career dedicated to the racing world where I had explored all combustion engine formats I wanted to transition to electric racing with Cupra, which has been a pathfinder in this segment since its creation,” said Mattias Ekstrom.

Of the car’s performance, he said, “It felt really good, especially when reaching full power coming out of the slow curves on the circuit.

“I really enjoyed the first lap. The second also went well, although I began to notice that I was forcing the rear tyres. 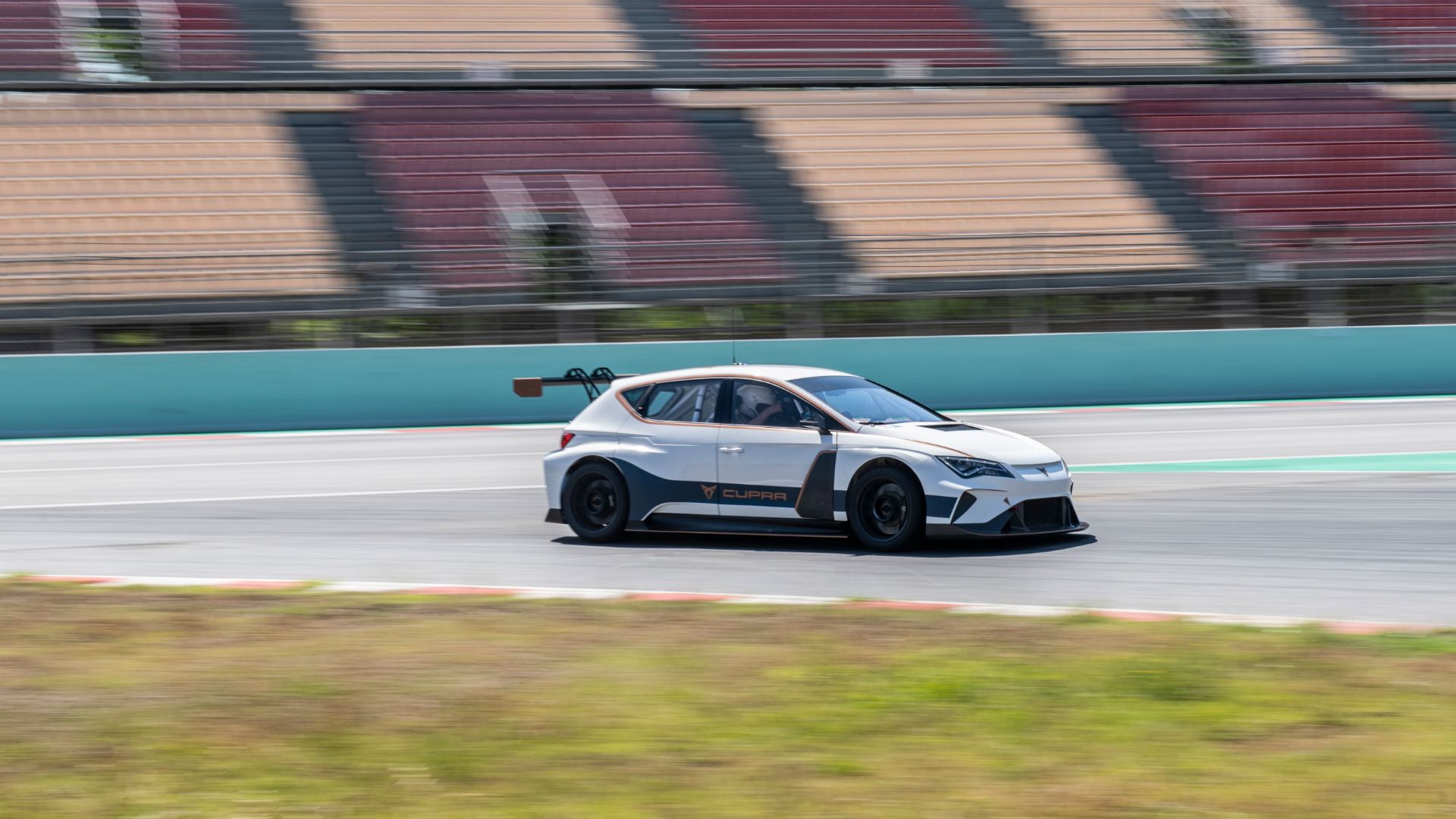 “I still need some time to get used to the sound of the engine. It’s much quieter than any other I’ve driven before, and I’m a very emotional driver.

“I think the biggest challenge is getting used to driving with no gearbox and without the roar of the engine as a reference for knowing, for example, how fast to go when taking curves.”

The Cupra e-Racer isn’t just a technical demonstrator. It’ll be taking to the track in the new Electric Touring Car series next year. It’s the racing side of Cupra’s electric future. A sporty electric SUV was previewed by the Tavascan concept at the Frankfurt Motor Show last month.

The new Vauxhall Mokka is on sale now with first deliveries beginning in April 2021. There is also a new Mokka-e EV with a 201-mile range
Read more
Previous articleBack to the future: classic cars ahead of their time
Next articleDenmark calls for 2030 petrol and diesel ban

2020 Volkswagen Golf review: the benchmark is back

It may look familiar, but the new VW Golf 8 is a radical reinvention – with hybrid power and a ‘digital revolution’ inside. We’re first behind the wheel
Read more

Electric cars will simply be called ‘cars’ by 2030

Electric cars will be referred to as 'cars' by the year 2030, according to a new survey looking into the normalisation of EV technology.
Read more

The world’s craziest hot hatch is back with more power, an even wilder wing and ‘vortex generators’. Oh yes. Here’s the lowdown on the Honda Civic Type R
Read more

Electric BMW i3 gets extra attitude from AC Schnitzer

Tuning company AC Schnitzer has given the BMW i3 a dose of visual aggression, including a large rear spoiler.
Read more
Car News

The most exciting cars heading to the Detroit Auto Show 2018