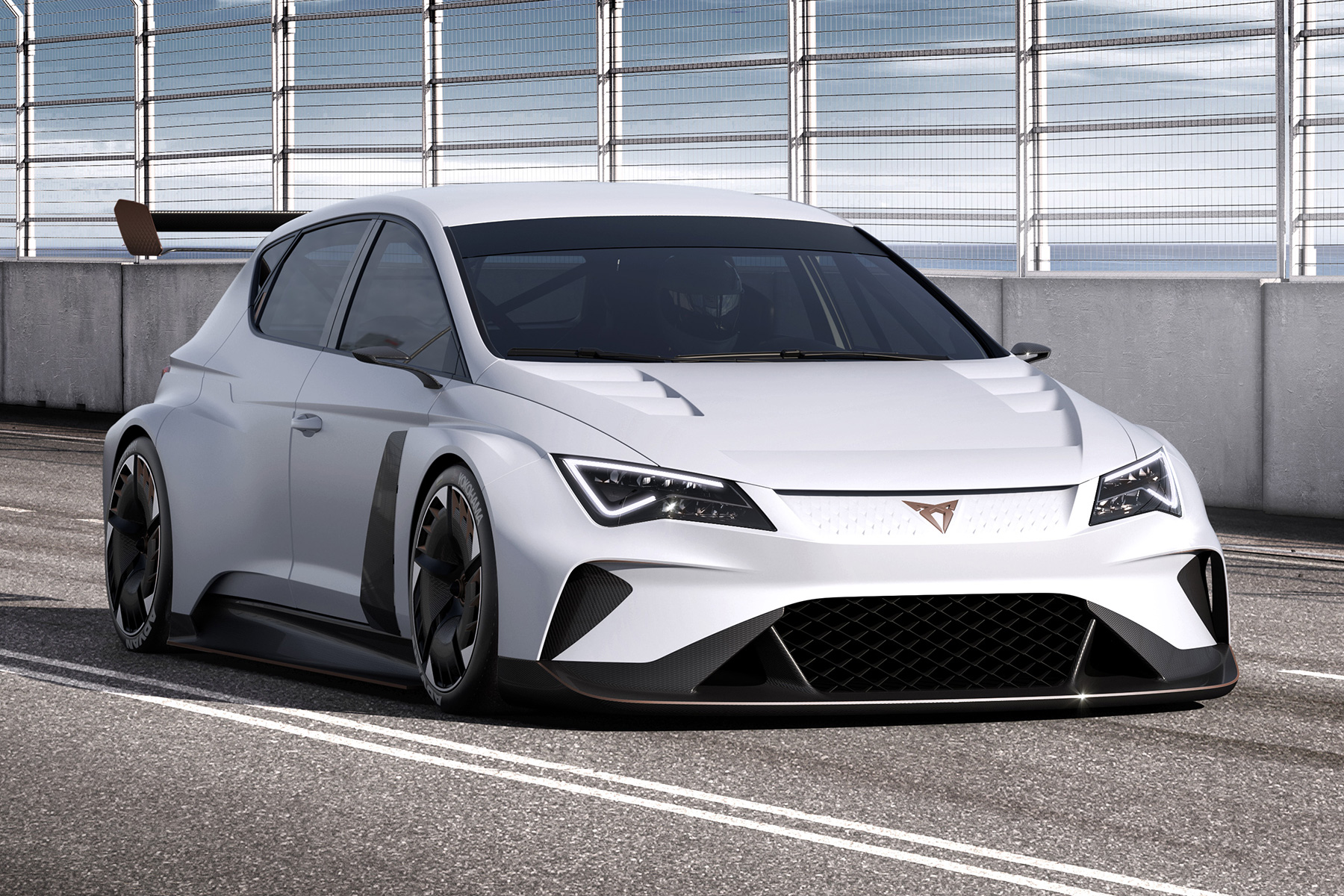 Electric cars can be fun. It’s a message drummed into us time and again by manufacturers pushing their new technology. But is fun simply about quick 0-62mph times? Not necessarily, according to Seat’s sporty offshoot, Cupra. The freshly divorced brand has revealed a 680hp electric racing car at the 2018 Geneva Motor Show, but claims there’s more to it than a 3.2-second 0-62mph time and an incredible 8.2-second 0-124mph time.

Speaking to Motoring Research, R&D boss Matthias Rabe explained that he had big ambitions for the Leon-based rear-wheel-drive e-Racer.

Seat’s new Cupra sub-brand launches with the Ateca. Note the new badge on the front. It’s meant to look like a tribal tattoo, apparently. pic.twitter.com/7EsKDF5cfr

“To be honest, when we said OK, let’s [make] the TCR car electric, I saw some first proposals… they were front-wheel drive and with much lower power. And then I asked, OK, what’s the performance figure? And they showed me something of acceleration in the region of 6.7 seconds or seven seconds and I said ‘no’.

“If we want to go electric, we have to be better than today. In general, with electric, you don’t have the sound experience and therefore I think it is more boring in general, and therefore the car has to be more exciting. So we created a rear-wheel-drive car and we increased the power.”

We asked Dr Rabe to give us three features of the e-Racer that could be used on production Cupra models in the near future. This is what he said.

Torque vectoring is fairly commonplace in petrol performance cars of today. In simple terms, it shifts torque between wheels, sending it to the wheel with the most traction to aid grip when setting off and cornering.

But Rabe explains that you can take torque vectoring to the next level with electric cars. Unlike internal combustion-engined vehicles, torque vectoring can also be used during braking. Because of the electric brake modes, you can shift the amount of braking from one side of the car to the other, helping to keep it stable under heavy deceleration.

This is a feature already available on the Cupra Ateca: a carbon fibre exterior pack. It’s optional, “because carbon is very expensive,” explains Rabe. We already know that Cupra will take a similar route to AMG and BMW M Sport, offering sporty option packs for Seat-branded cars, but buyers of Cupra models will also be able to customise their vehicles to their own taste.

The Leon Cupra R features carbon fibre detailing in the form of a front splitter and rear-view mirror casings. Which brings us on to…

Cameras instead of rear-view mirrors

When you think of it, modern road cars are relying on rather old-fashioned technology in the form of three mirrors stuck to the car to inform the driver what’s going on behind them. Cameras are obviously fairly commonplace to aid reversing and tight manoeuvring, and we frequently see them replacing mirrors on concept cars. So why haven’t they made it to road cars yet?

“I love the idea,” Rabe said, “[but] I think we could integrate it from the design even better than on the e-Racer.  I have some ideas for that, but the point is why not in the future? It’s a cost thing, but then that’s the nice thing with racing. With racing it’s easy to test it. To bring it into a serial car right now the costs are very high, and it’s complicated in terms of electrical integration. But in the future, maybe.”

Although the answer is mainly down to cost, Rabe says that it is also partly because of legislation. However, “normally legislation just follows technology.” 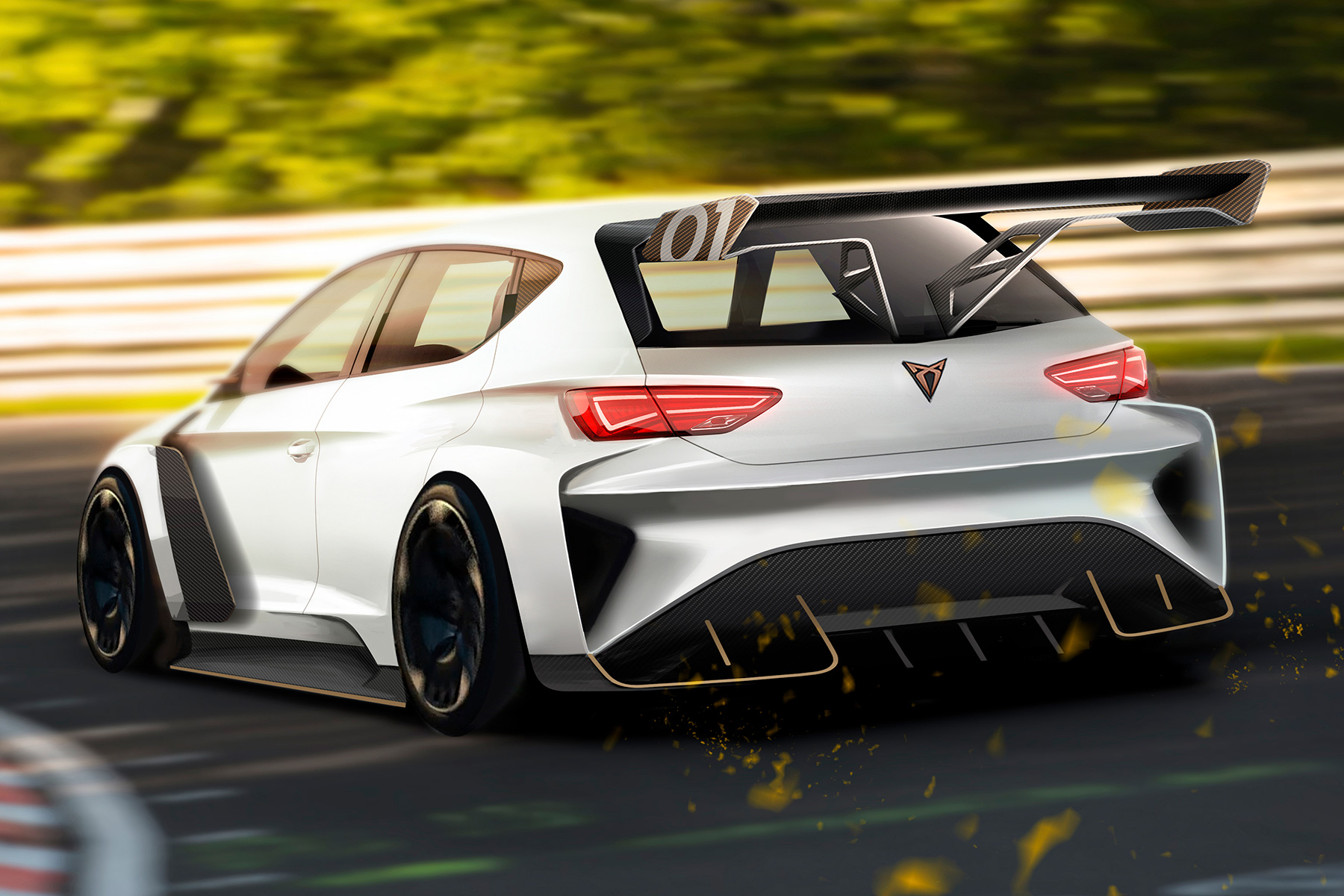 He continues to point out a number of advantages to using cameras rather than mirrors.

“One advantage is, I think, you reduce the drag because you don’t have the mirrors. Another advantage is, especially with the rear camera, you can focus more on the speed. For example, if you go on the motorway, you can make it very close. If you are in the city, or you’re parking, you can make it very wide and also reduce the dead angle. With a mirror, there’s always a dead angle from the mirror itself or if you turn back you have the C-pillar and as a camera you can overcome this.”

The Cupra e-Racer will be showcased at special events throughout 2018, with a competition for purely electric touring cars planned for 2019. Promising to be “much more active, incredibly dynamic, intense and exciting,” could this be the trigger that gets us enthused about the everyday electric vehicles of the future?