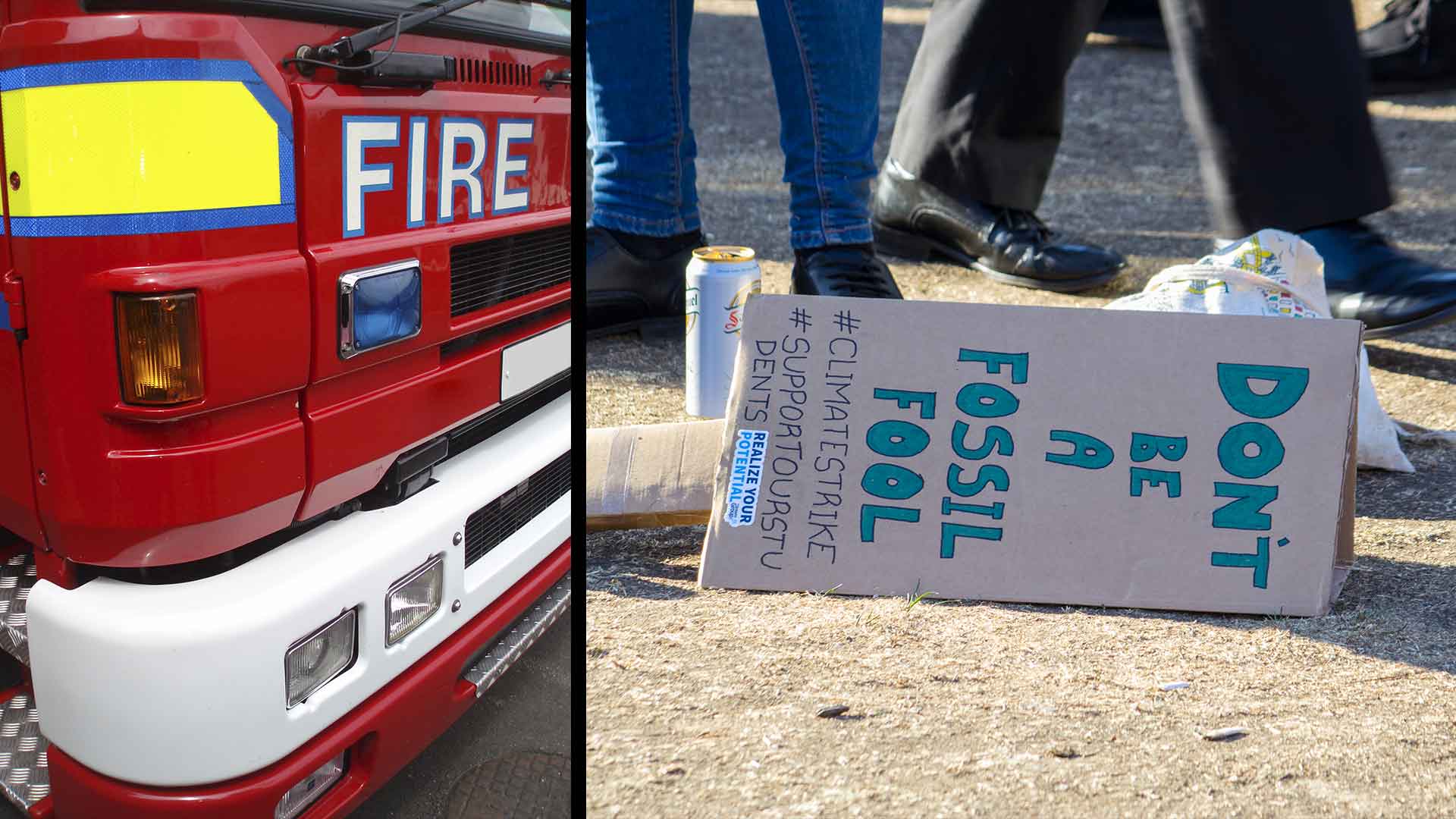 Turning up to protest about climate change in a dirty diesel is a little like going to thrash metal concert and complaining about the noise.

But as Extinction Rebellion arrived in Whitehall in a 21-year-old fire truck to paint the town red, it became abundantly clear that the protesters hadn’t considered the irony of their choice of transport. After all, an 8.3-litre diesel engine is about as welcome in central London as a fox in a henhouse.

Extinction Rebellion climate protesters use a fire engine to spray the Treasury with 1,800 litres of fake blood – but run into trouble controlling the hose

From one drama to another

It would appear that Extinction Rebellion paid £5,000 for the former Derbyshire Fire & Rescue Service Dennis Sabre back in August. Cheaper than a Dacia Sandero, then, but not as good for the planet.

It’s not the first time the fire engine has been in the public eye: the eBay ad lists an appearance on Holby City as one of its selling points. You could say it’s gone from one drama to another.

The old Dennis diesel sat outside Treasury smoking like a 70s snooker player as the Extinction Rebellion protestors struggled to contain their hose. It turned the protest into something that wouldn’t have looked out of place on Top Gear, as the fake blood coated the steps and pavement outside the Grade One listed building.

Forget London’s Burning, this was more like London’s Turning… Red.

Clearly, climate change is a serious business. Only a chump with rubbish hair and a penchant for walls would deny that we need to do something to reverse the damage that’s being done to our planet. We can all play a part.

But buying an 8.3-litre diesel fire engine in Northampton and then driving it into central London isn’t going to save the world.

With a strong wind behind it and a clear road ahead, the Dennis Sabre could probably muster 8, maybe 9 miles per gallon. Fine if you’re putting out fires or starring alongside Tina Hobley, but not so great when you’re protesting against “the vast sums [the government] pours into fossil fuel exploration”.

Maybe they should have used a Green Goddess…