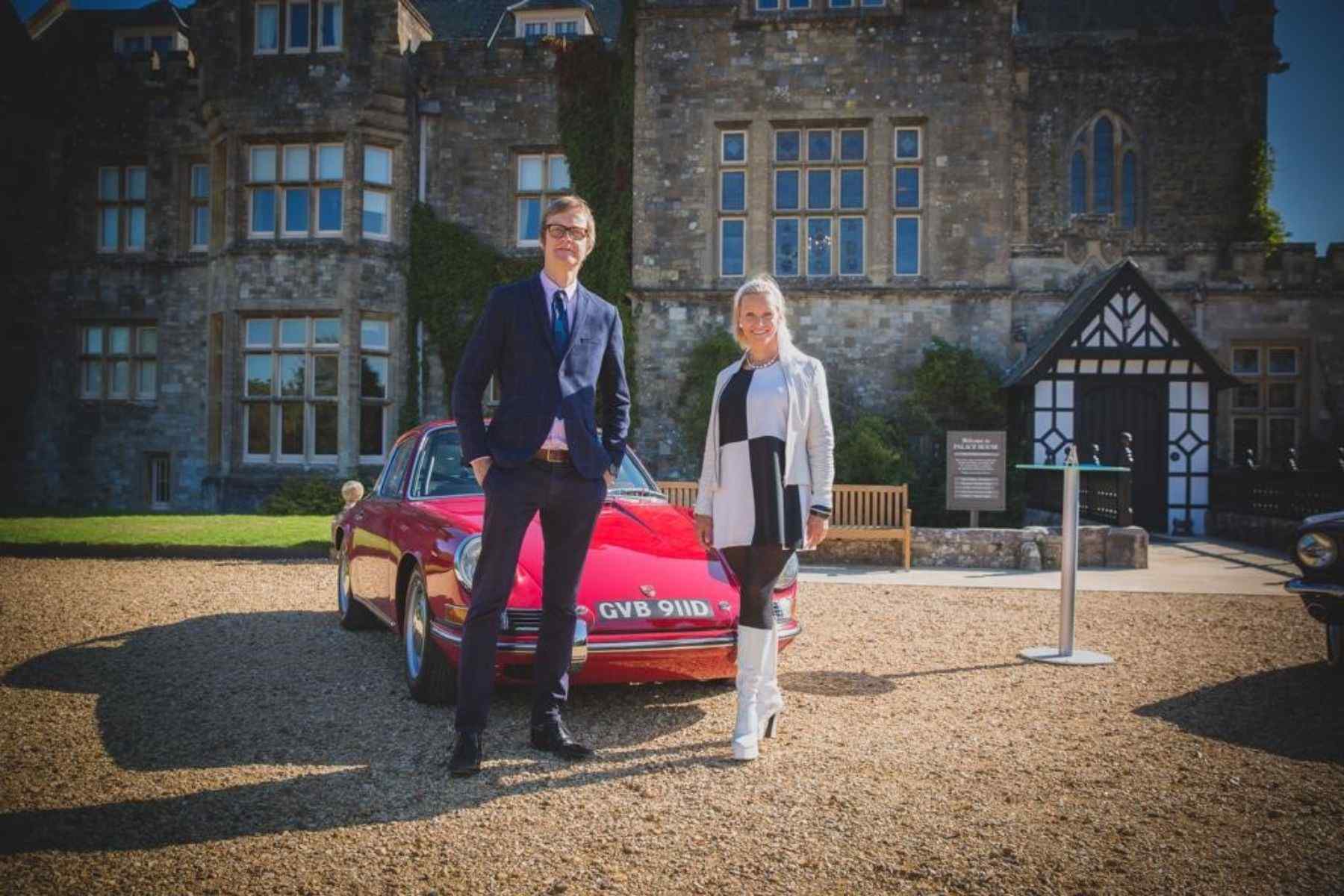 The Car Years is a new classic car show hosted by Vicki Butler-Henderson and Alex Riley, who’ve worked together on and off for 20 years. We chatted to Vicki and Alex at the NEC Classic Car Show, to find out what the show is all about.

Alex: It’s the best show ever that’s ever been on television, probably… It’s a car show. It’s not about buying or restoring, what’s a bargain or what will make you profits. They’re all fascinating cars, on their own terms and have their own significance.

Vicki: We’re telling a story rather than saying you have to go out and buy something. We’re looking at the birth of a particular car. I’m championing a car from a certain year. My esteemed colleague is trying to champion a car of the same year. So we tell each story and at the end we get some expert judges to decide which is the most important car of that year. 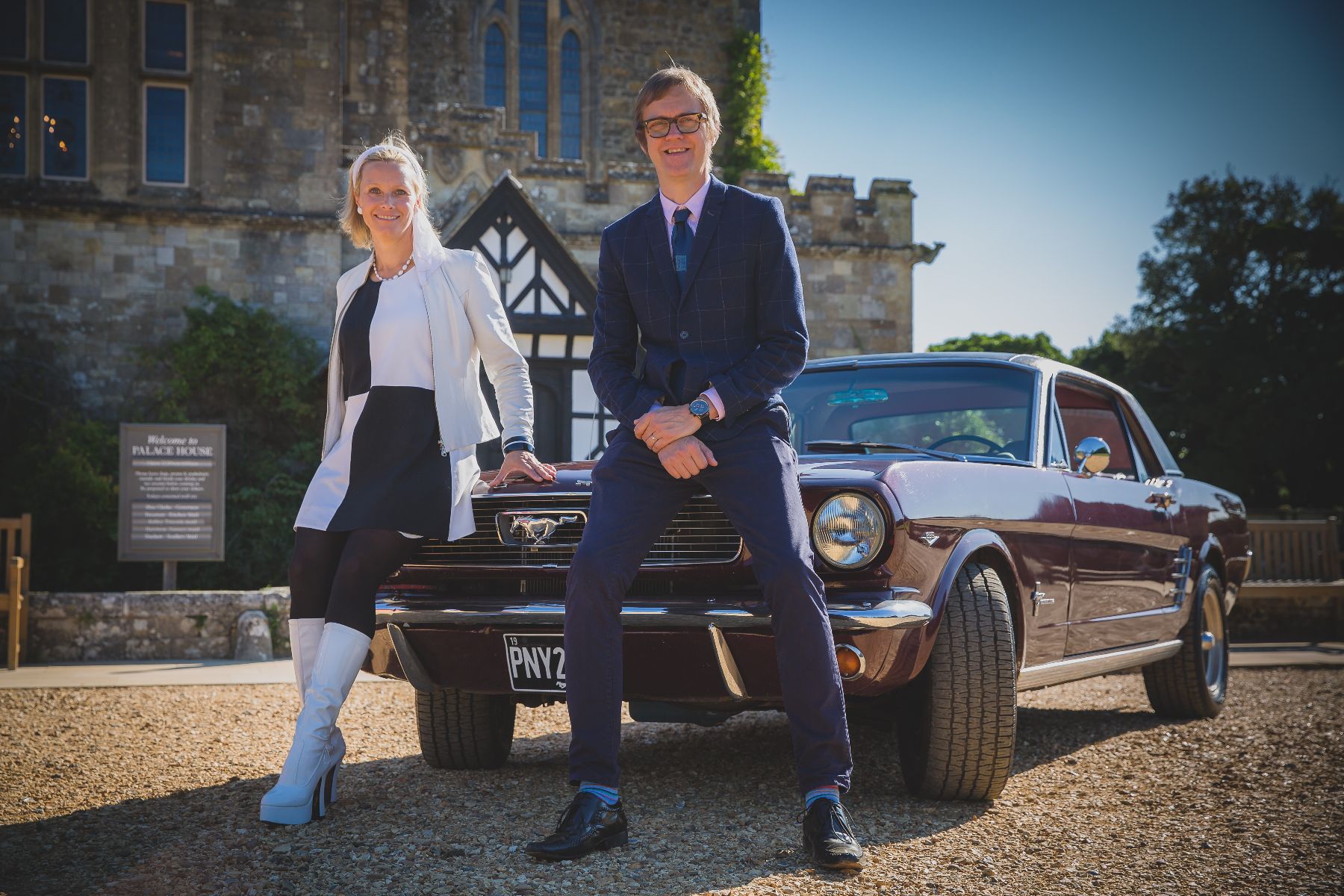 The key word there, is important, and is some way toward a one-word explanation of The Car Years’ grand vision. Not necessarily a car’s place on your drive, or in your bank account, but its place in history.

Alex: When you start looking at it in those terms, it might not be a car you like or what you want to drive, or it might be a car you’re absolutely crazy about. That doesn’t matter. You have to think in terms of what it represents. We set the scene. Back in 1964, what was the world like? What was happening? What do two massive iconic cars [the Porsche 911 and Ford Mustang] mean in that context? There might be one you prefer to own but that’s not what matters. We’re talking about which is the most important and how you decide that importance.

Each episode is 30 minutes long and in that time, Alex and Vicki each get their turn to present the case for ‘their’ car being the car of the year. It’s an in-depth and educational look at some of the most significant cars in history, both in the automotive world and in culture as a whole.

Vicki: What’s super-lovely is that we get footage that even I haven’t seen before. And I’m a car nut! Old motor shows where cars were shown. Moulds and development bucks from period. It is fascinating. The cars tell their own story and we’re there to curate and be passionate about it.

Alex: You’re watching it and you’re thinking, “Yeah, this one’s definitely the most important. And then you go: “Oh, hang on”. And the judges are going “Oooh”. And you don’t know really until the last minute when we open that envelope… that I’m gonna win! 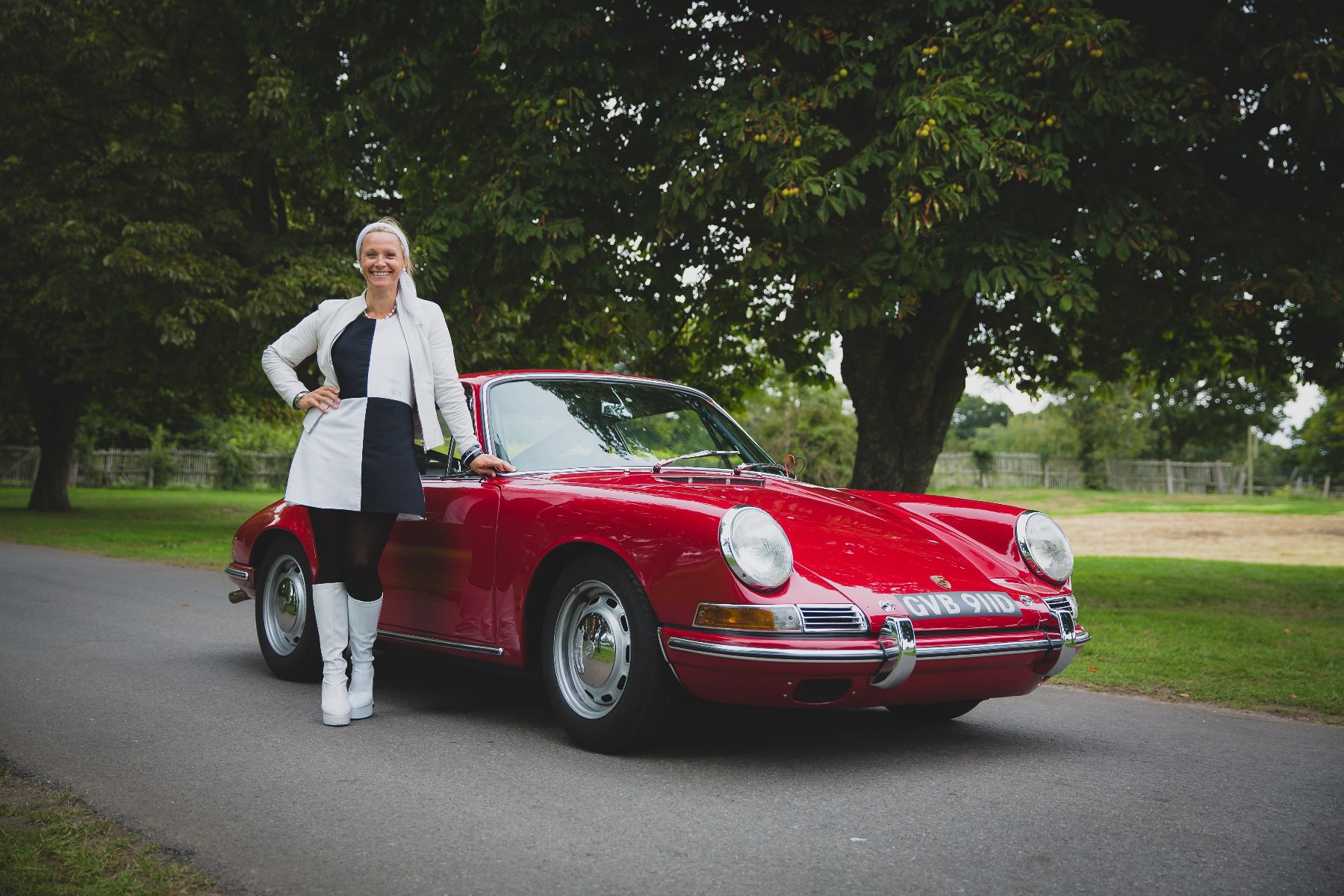 Is there a risk that personal preference comes into play?

Vicki: We’re human and we’re always gonna love one car over another. The judges have a little sway in that way too, so it’s going to be interesting. But then the importance transcends that.

Alex: You’re forced to think more about the cars you get. You have to build an argument and make out why this car deserves the win, not just on how you feel about it. It’s certainly yielded some unexpected results.

So while everyone has their preferences, the process’s effects on the presenters should hopefully be a metric for how the public reacts.

Speaking of the public, they have a role, of sorts

Alex: So far I’m doing a bit better than she is. I’m very magnanimous about it, she’s slightly bitter.

Vicki: Well that’s hopefully where social media will come into play. After every episode we’ll be asking the public their thoughts. Whether they think the judges are right or wrong and why I should win every week.

Alex: Both cars are always worthy. It’s about deciding in a historical context which is the most important. 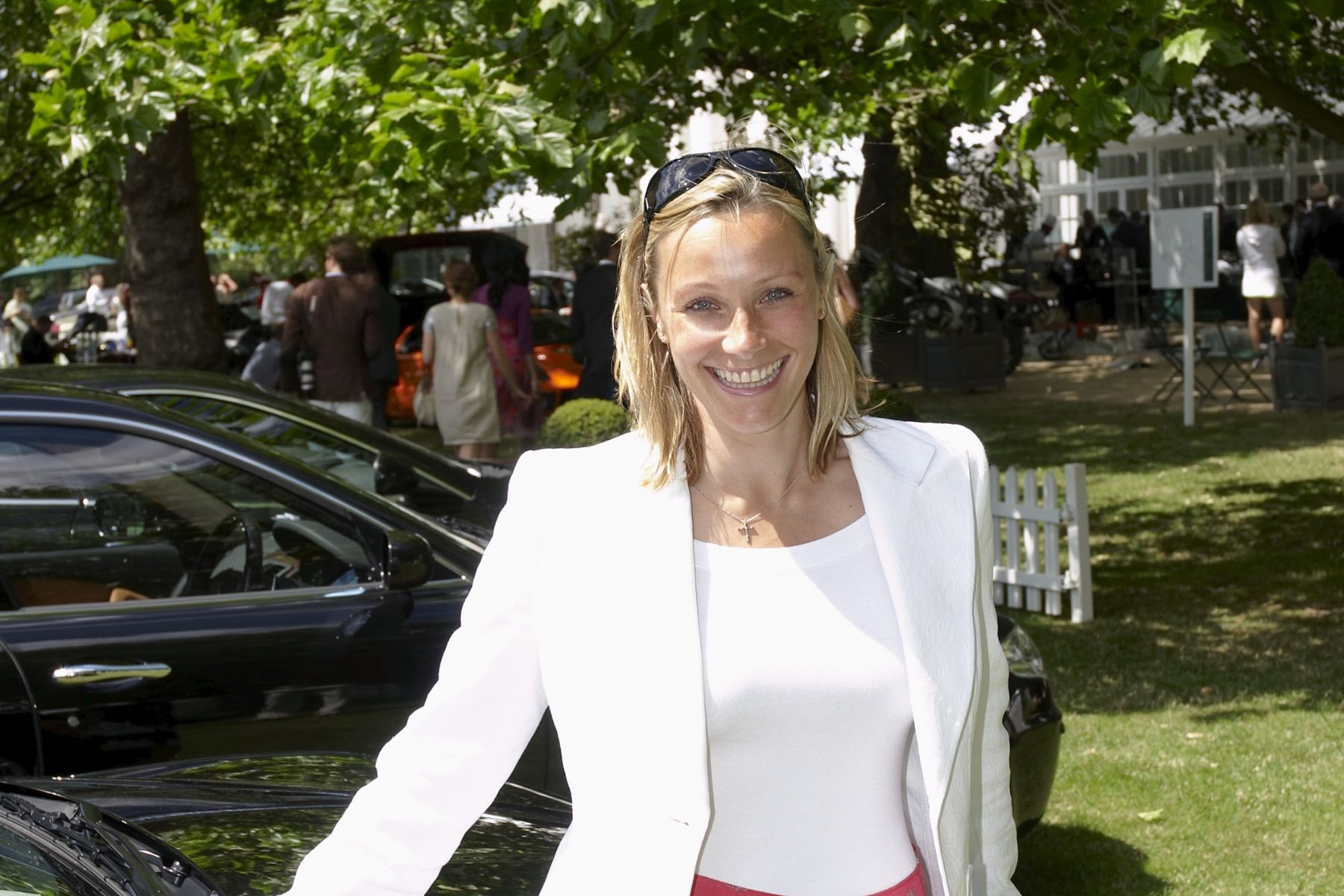 The first episode presents the mother of all cultural and motoring titans going head to head. Mustang vs. 911, in the context of the show, will be very interesting to watch play out.

What kinds of cars can we expect going forward?

Vicki: The wonderful thing about The Car Years is that there are endless opportunities. It is endless and it’s just a matter of fine-honing what we pick.

Alex: We want to capture the public’s imagination. We’re going for the big ones in the first series. We’re going 50s, 60s, 70s, 80s and 90s. Anything too much newer and it’s hard to quantify the social and cultural significance. At the moment we finish in the mid-1990s, with Boxster vs. Elise. 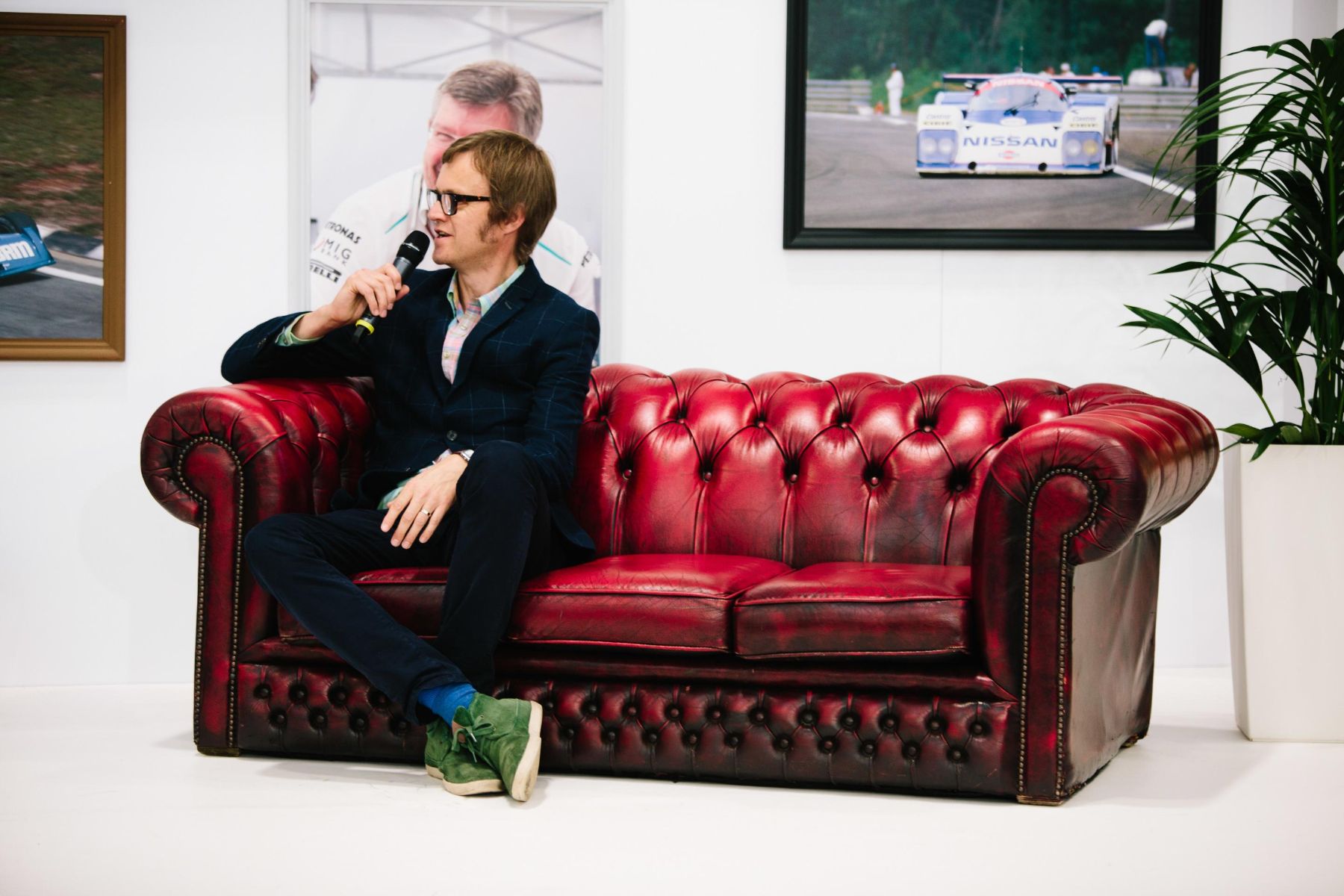 So there we have it. The Car Years looks to be a real deep-dive into the cars that mean everything to us. It’s not all about one thing – technical merit, sales, performance or otherwise. It’s about how all this adds up and how time has worn or polished that car in our hearts and minds.

Vicki and Alex have real chemistry. It could make for viewing that’s as informative as it is entertaining. We look forward to seeing how it turns out.

MOT shock stats: pass on a Sunday, fail on a Monday

Using data from 23 million MOT tests, we can reveal that Sunday is the best day for an MOT test if you're hoping to pass first time
Read more

Ford's Cologne factory builds 1,150 Fiestas a day, with a third coming to the UK. Now production has been cut back due to reduced demand.
Read more

There are deposit contributions and scrappage allowance savings too
Read more

You can now order a NEW ‘Mini’ Moke in the UK

The new Moke will cost around £24,000 and is powered by a 67hp 1.0-litre engine. Still want that Ford Fiesta or compact crossover?
Read more