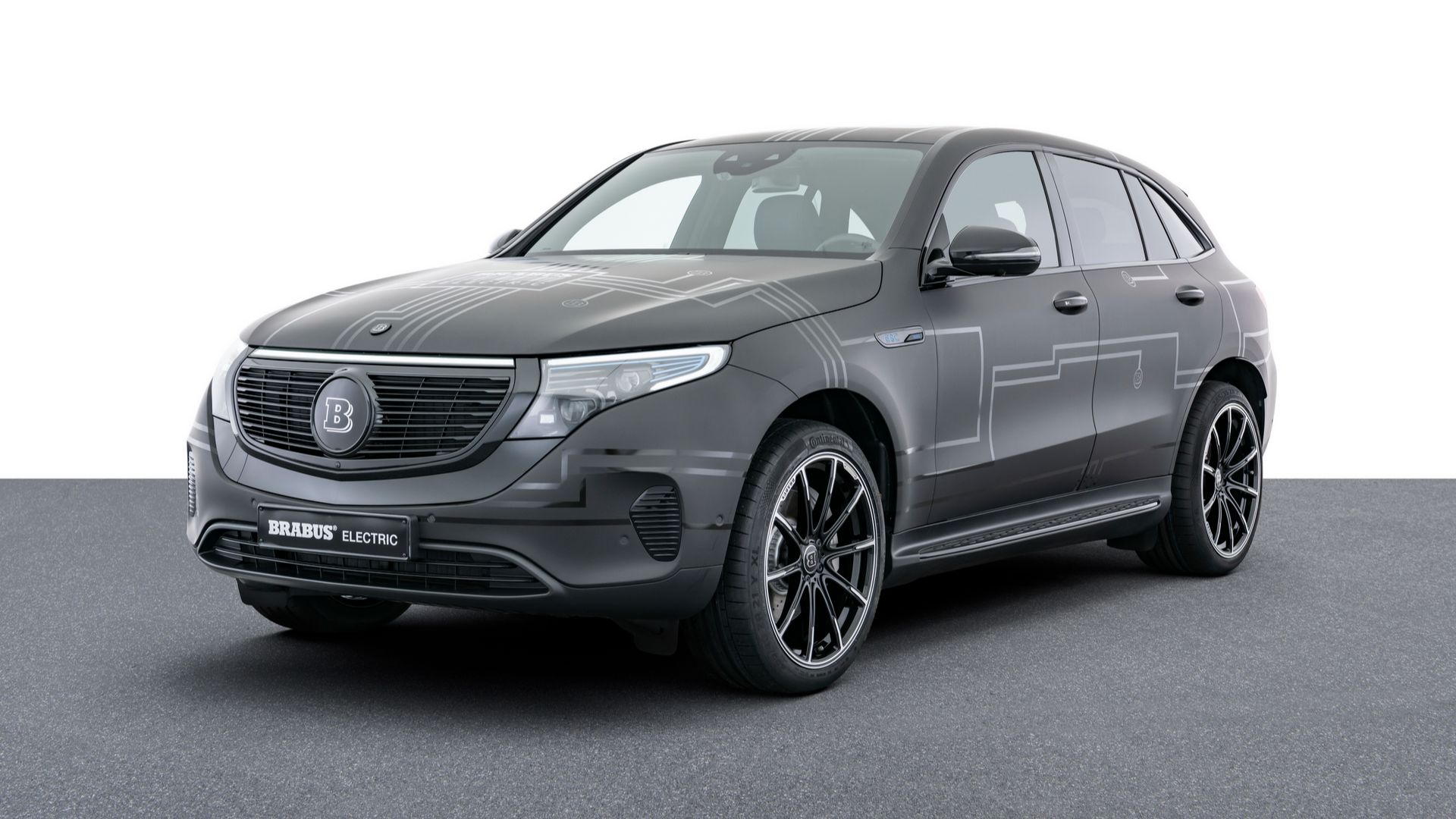 Brabus has been experimenting with tuning new electric models from Mercedes-Benz. This concept for the Mercedes EQC 400 4Matic teases what could come next.

The car is a first step for Brabus into the silent world of electric performance, after a history of fettling V8s and V12s. 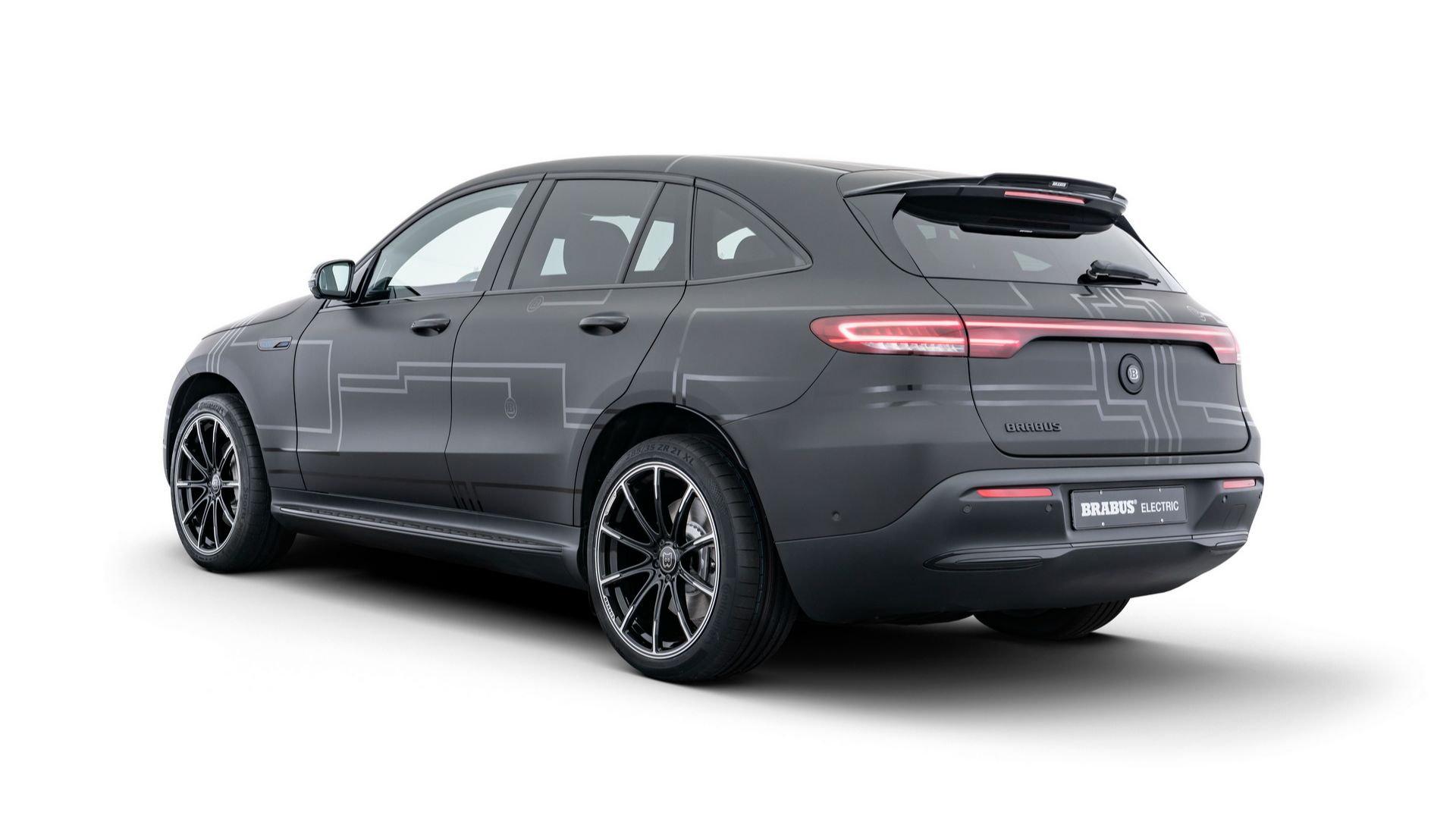 Interestingly, the EQC is, for the most part, a technical exercise. Brabus’ visual work isn’t yet complete for the car, but it does want to show off its E-PowerXtra performance upgrade.

Zero to 62mph in S mode is cut to 4.9 seconds, although top speed remains limited to 112mph. 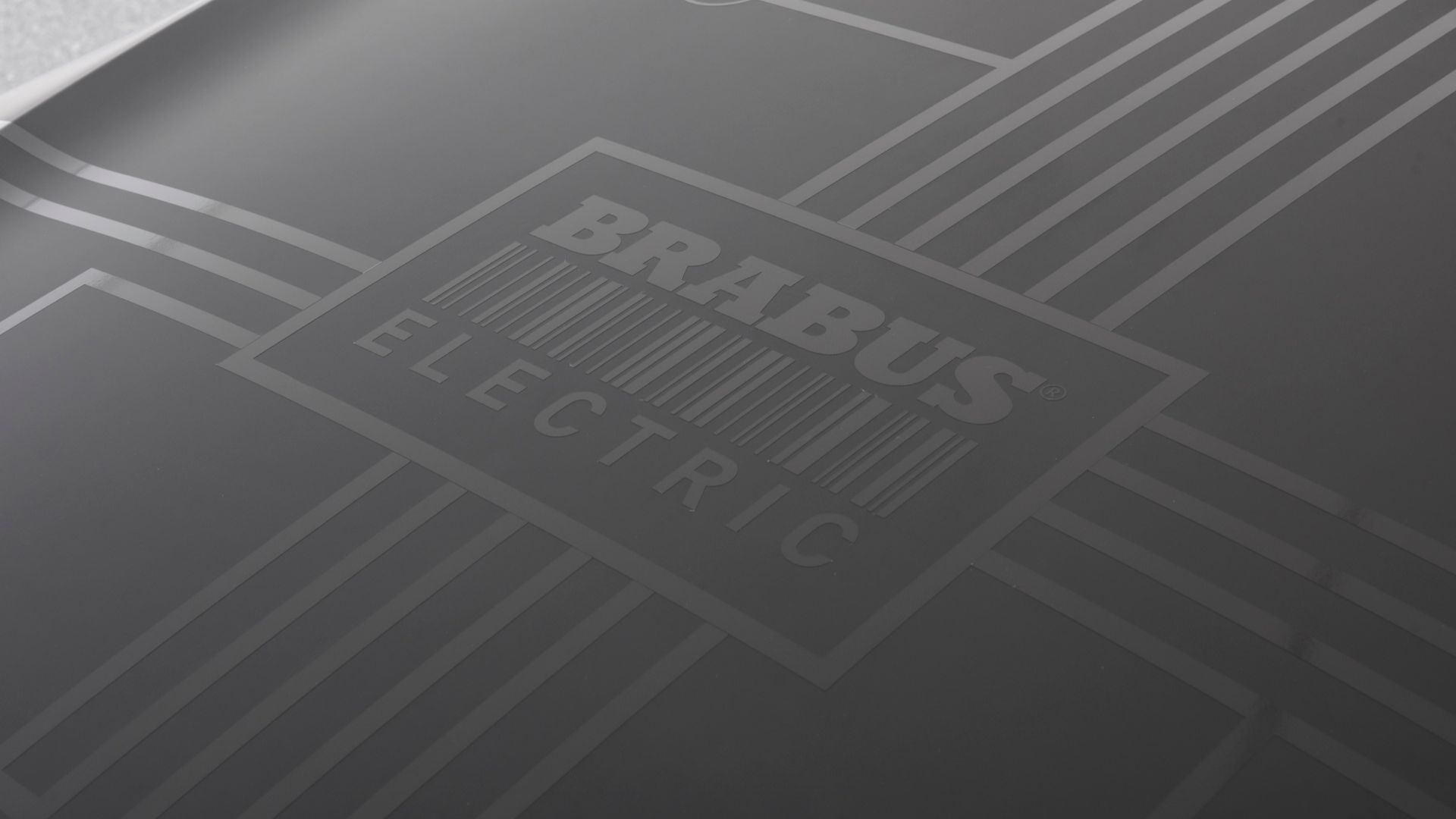 Quite how all this new power level will affect the car’s range is not yet known.

Of course, it’s not all under-the-skin upgrades. While the bodywork remains largely standard, there are a couple of visual cues. EQC owners can already buy the new Monoblock Z wheels, in 20- or 21-inch sizes. 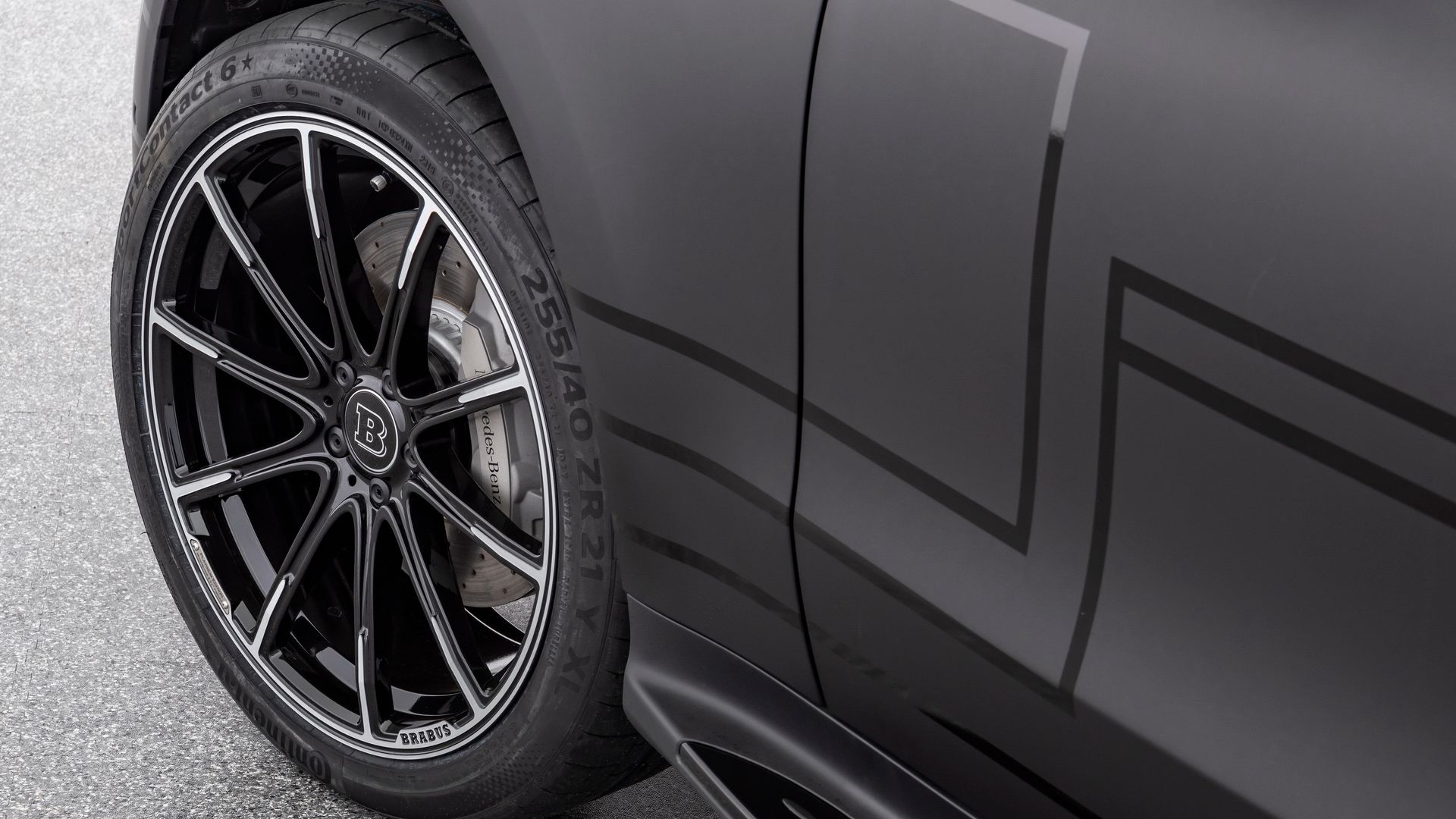 There are also special Platinum Edition Monoblock Z rims available, which are lighter and stronger thanks to a high-tech forging process.

Bodywork upgrades are coming, but the rear spoiler is also ready. Completing the look of this prototype on the outside is matte black paint with ‘Brabus Electric’ livery, as well as a selection of Brabus badges.

The German tuner is in the business of enhancing Mercedes-Benz interiors, too. From entire retrims in bespoke colours to custom accessories in alloy, carbon fibre and more, the only limit is your budget.