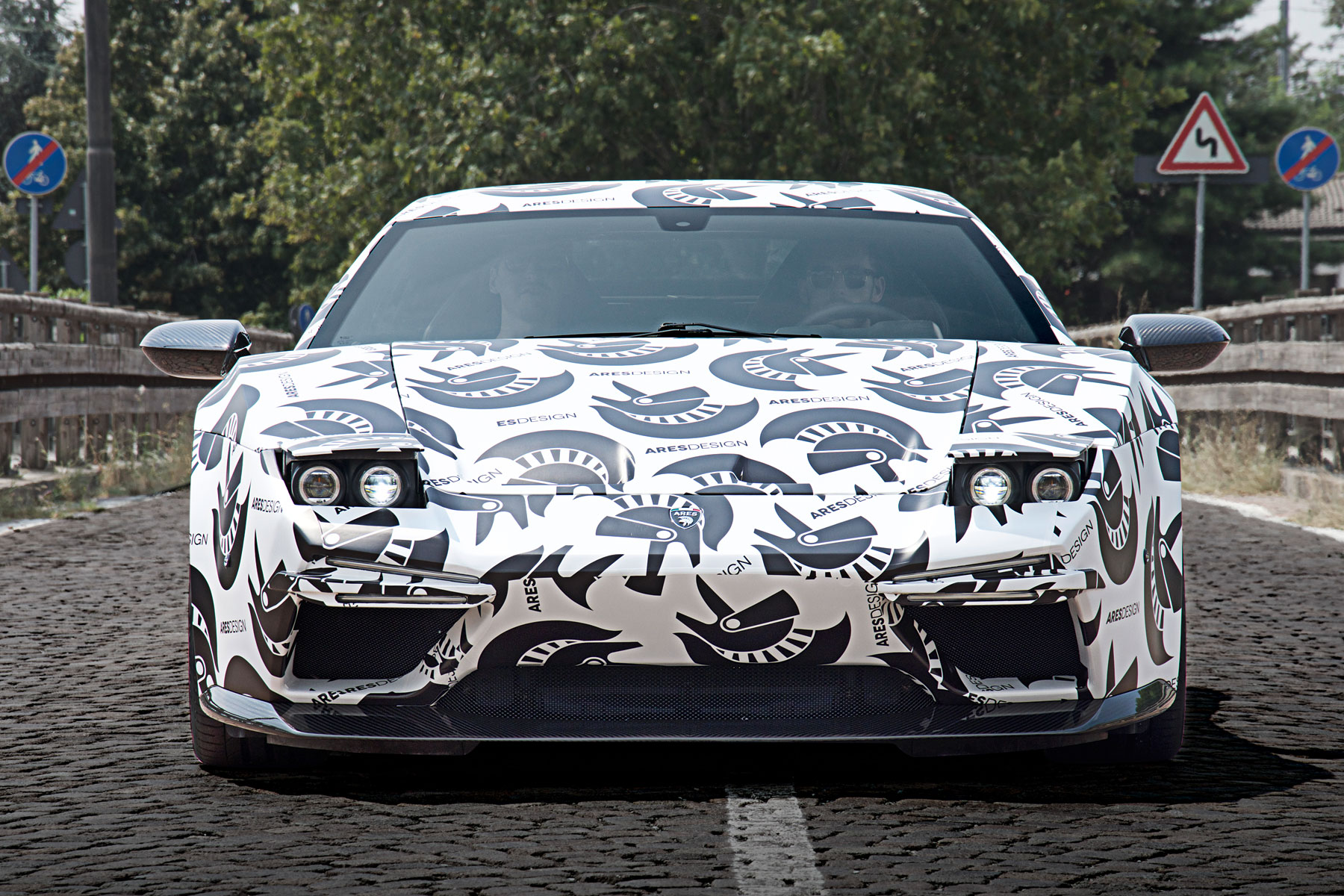 No sniggering at the back of the class, this new, limited-run Italian supercar really is called the Ares Panther. That’s Ares, as in the Greek god of war, before you start scribbling naughty things in the back of your exercise book.

Ares, who was seemingly despised by everybody except Aphrodite, preferred to travel around in a four-wheeled chariot accompanied by dogs and vultures. Make no mistake, he wouldn’t care for puerile jokes or references to the Panther working 60 percent of the time, every time.

Now that we’ve got all of that out of the way, let’s move on to the big story here: POP-UP HEADLIGHTS.

That’s right, the Ares Panther, which is inspired by the De Tomaso Pantera, boasts everybody’s favourite retro feature: pop-up headlights. We fully expect the production version to include a vinyl roof, cassette player and wind-up windows.

Nostalgia sells. You need only look at the likes of Singer, the Aston Martin and Jaguar continuation models, and the crazy prices of even relatively humble classics to know that viewing the car world through rose-tinted glasses is big business.

Dany Bahar, CEO of Ares Design has pulled out an ace and wealthy supercar owners are all too happy to lay down their cash. 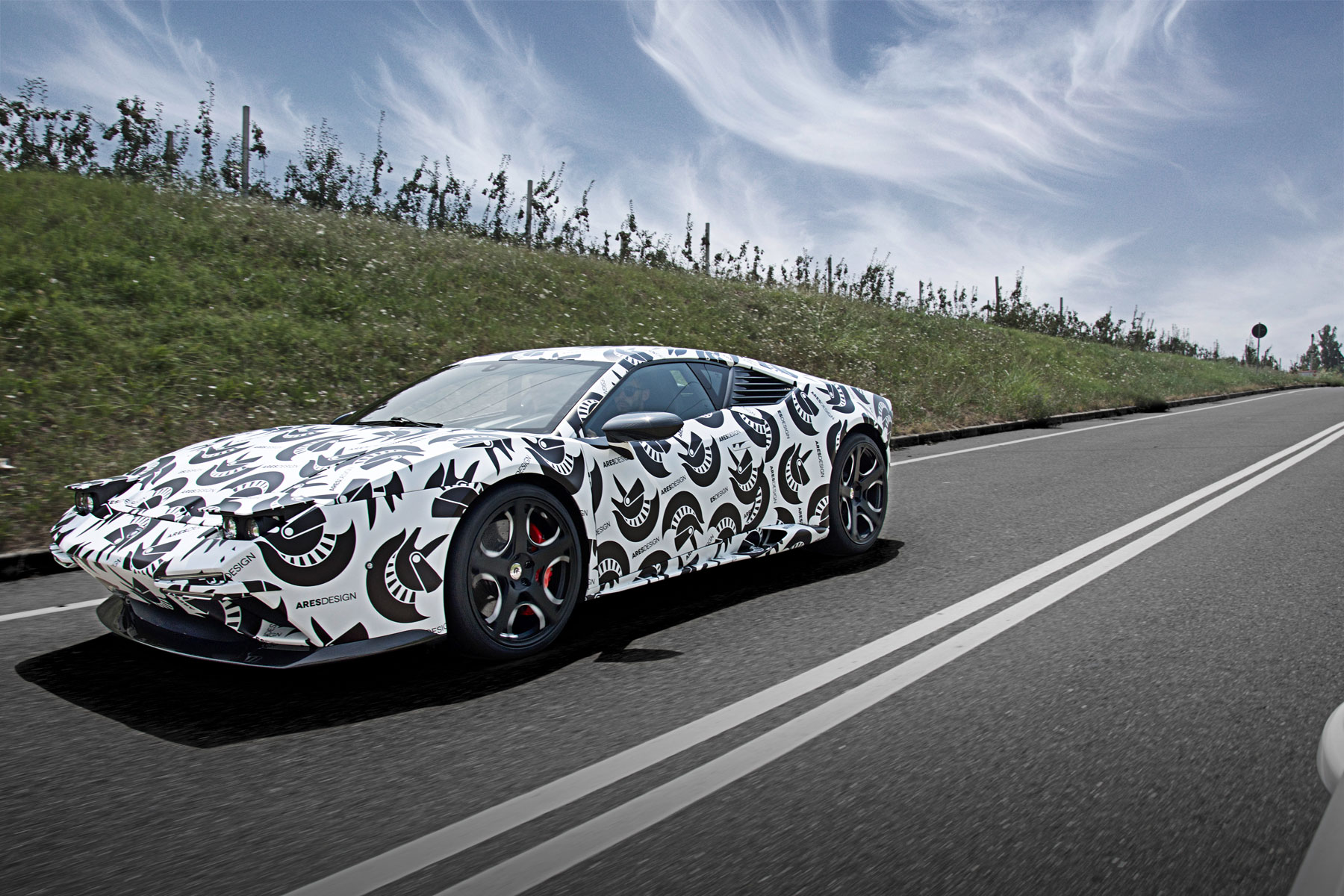 Beneath that ‘war helmet’ exterior lies the carbon fibre and aluminium chassis from a Lamborghini Huracan, with an uprated 5.6-litre engine developing 650hp and 413lb ft of torque. Ares hasn’t disclosed how fast it is, but we suspect the performance will be savage, as befitting a car named after a god who enjoyed hurting people.

Ares claims that the Lambo-sourced V10 “could provide even more power”, once final development is completed this summer. By the child of Zeus and Hera, this thing could be mighty quick.

Did we mention it has pop-up headlights? 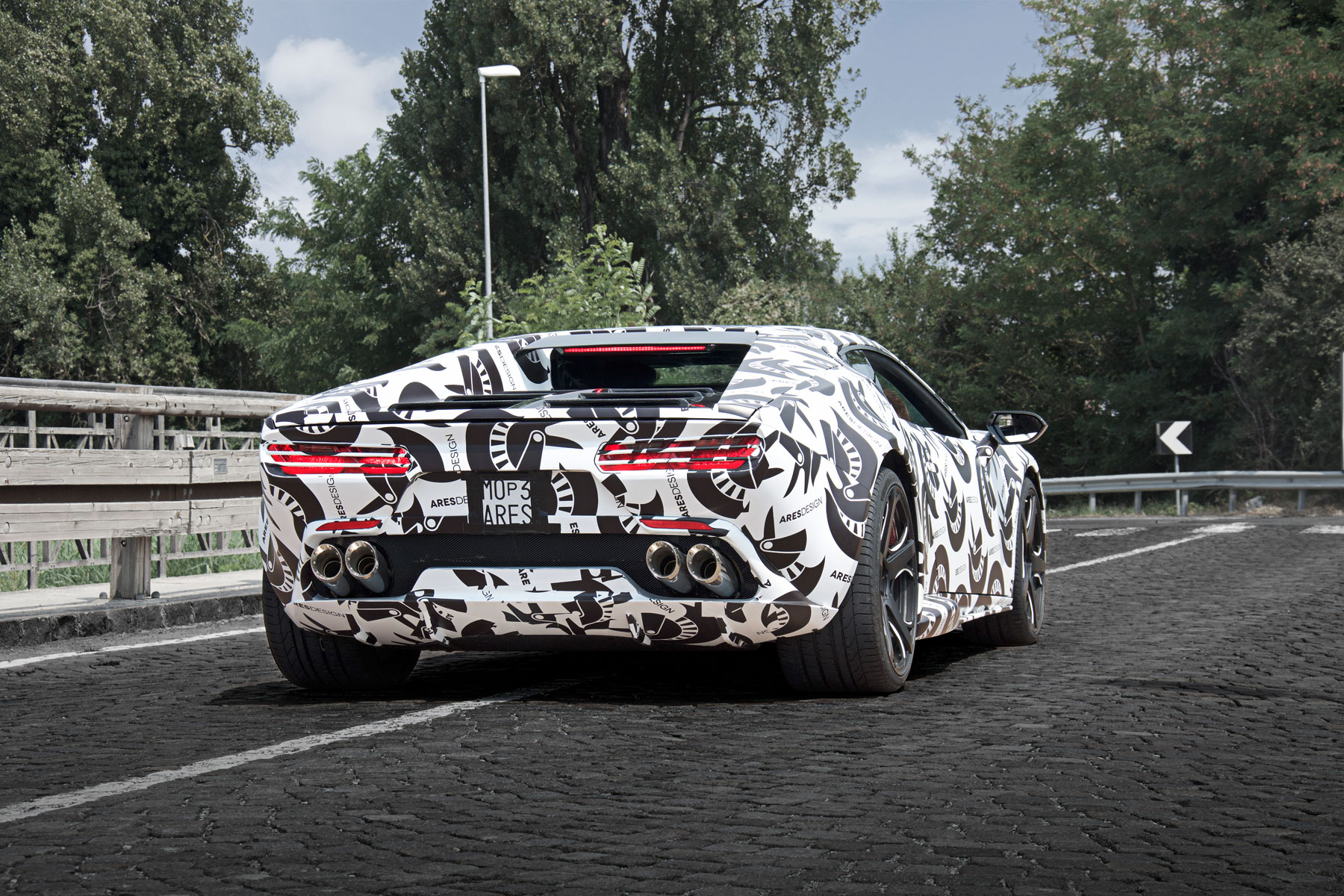 Dany Bahar said: “This is a really exciting moment for us. Within just six months of announcing the Panther project we have our test car on the road and are ready to present to the world our expression of a car that I dreamt of as a kid.

“The Ares Panther will be the perfect blend of old school charm and charisma, underpinned with an iconic modern chassis, and clothed in full carbon.”

Matteo Vezzani, the newly appointed technical director of Ares Design, added: “This car is a showcase of Ares Design’s capabilities. From the very first statement of intent to the shakedown, people have been fascinated by this project and I totally understand why.

“One of the most significant characteristics of the Ares Panther is its voice. The sound produced from the naturally aspirated V10 engine is nothing short of a roar. Super sporty, throaty and head-turning, the team has done an incredible job in creating a stunning-sounding, beautiful-looking car.”

Far Beyond Driven: the Pantera 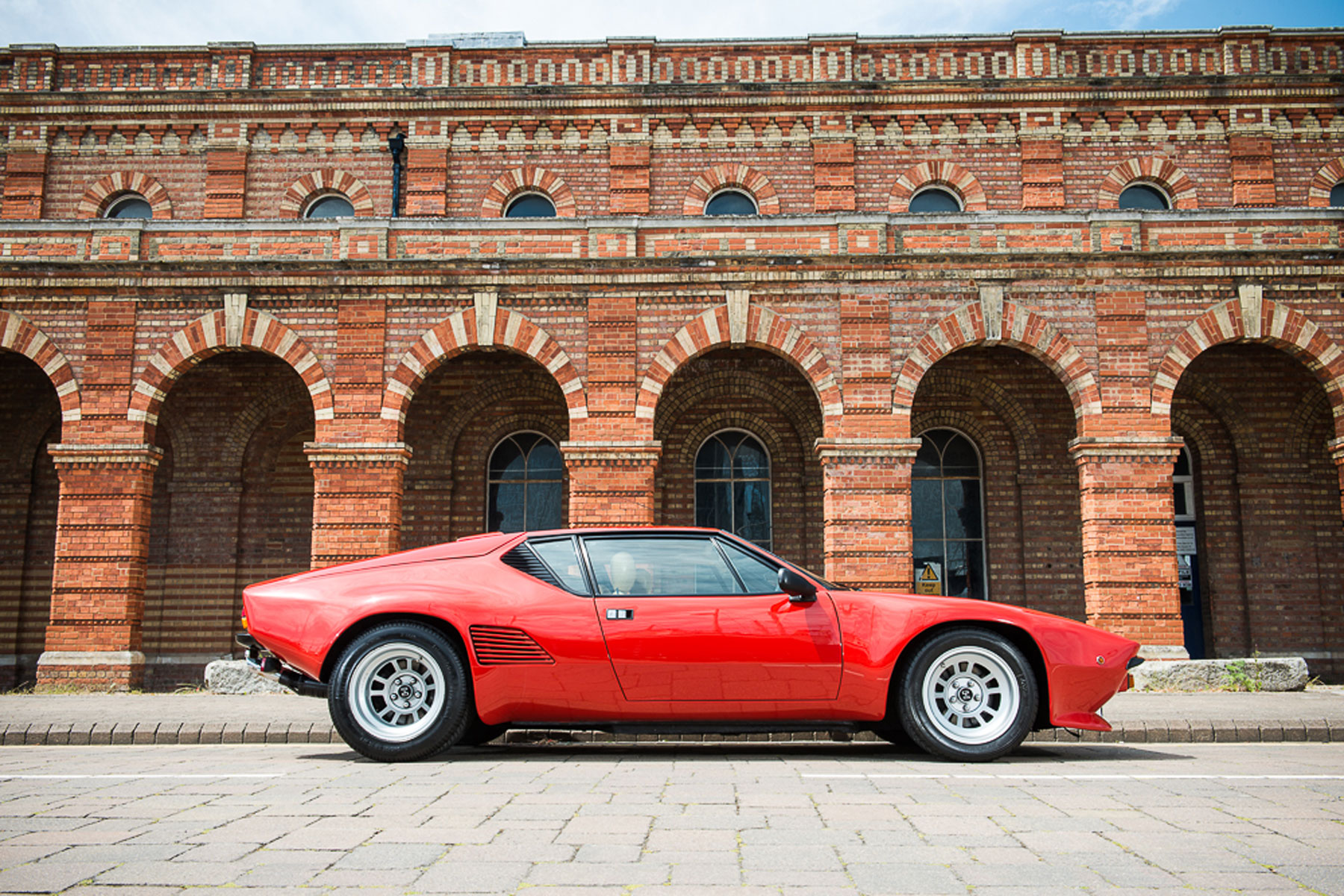 The De Tomaso Pantera made its debut at the 1970 New York Motor Show and, thanks to the Italian firm’s close alliance with Ford, was initially very successful. By the end of 1972, De Tomaso had shifted 3,000 units of the Ghia-designed Pantera. The price in the UK: just £6,696, or £88,000 in today’s money.

The Pantera was sold and serviced by Ford’s massive US dealer network, with power sourced from a Ford 5.8-litre V8. With around 330hp and 325lb ft on tap, the Pantera could hit a top speed approaching 160mph. Big numbers for such a relatively small price tag.

It was beautiful, thanks to Tom Tjaarda’s styling. It was quick, thanks to Ford’s muscle. And it was practical, thanks to a roomy interior and air conditioning. But quality was never a strong point, which hampered its chances of muscling in on the supercar establishment.

When Ford withdrew from the relationship, De Tomaso continued alone, treating the Pantera to a series of tweaks and improvements, including a Marcello Gandini facelift towards the end of production. Against all the odds, the Pantera lived on until 1993, by which time some 7,260 units had found a home.

The GT5-S of the mid-80s was one of the most dramatic models, featuring Countach-like cosmetics and a Ford ‘Cleveland’ 5.8-litre V8 engine. With prices in the region of £40,000, the Pantera GT5-S wasn’t cheap, but to its credit, De Tomaso retained an element of personalisation, building cars to customer’s precise specification. It all came down to taste – or a lack of it. 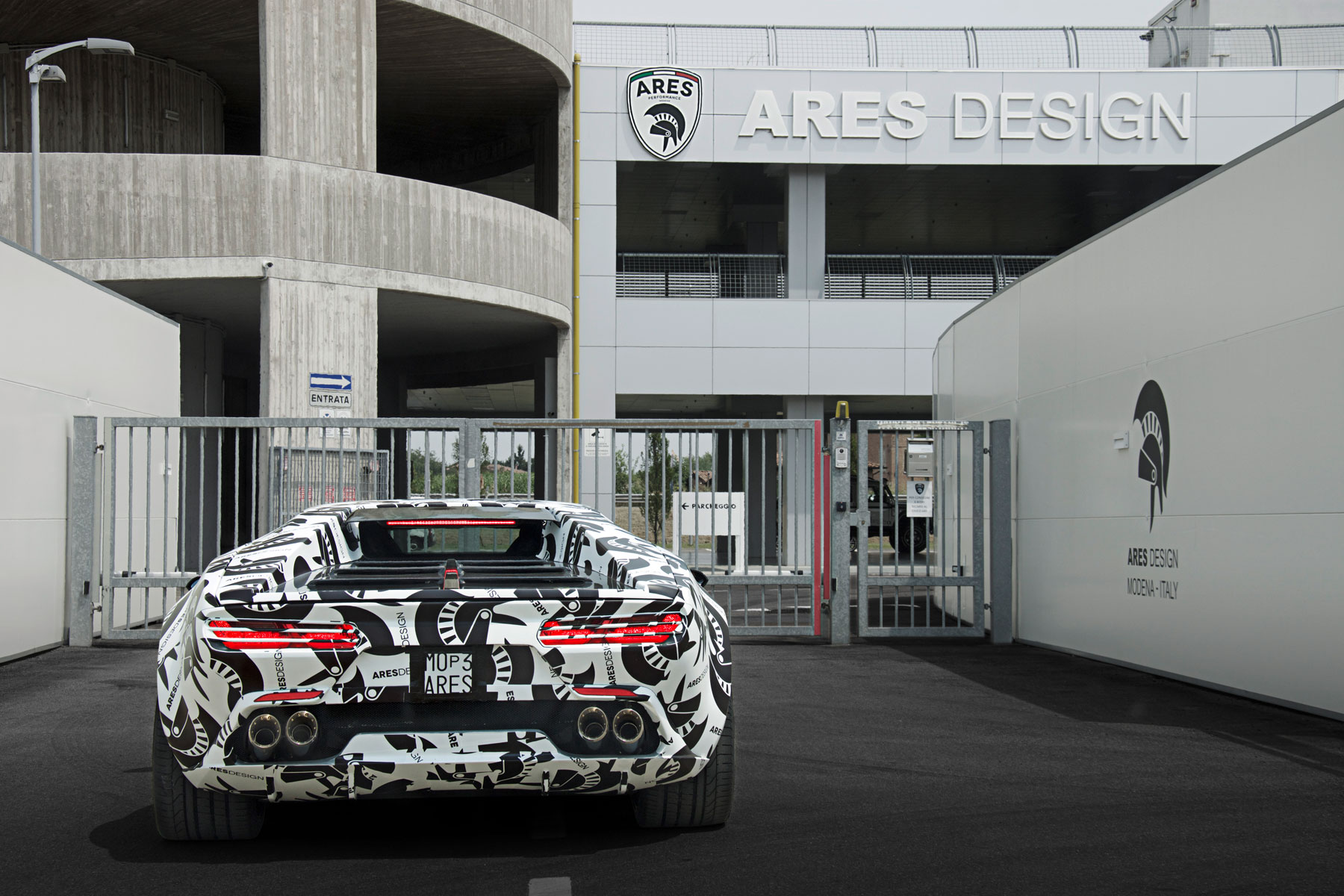 Ares will offer Panther customers the same treatment – designing, building and doing the handover from the same venue.

To paraphrase Brian Fantana, Ares will make the little kitty purr for you. We can’t help but think that Fantana would prefer the Pantera, mind.