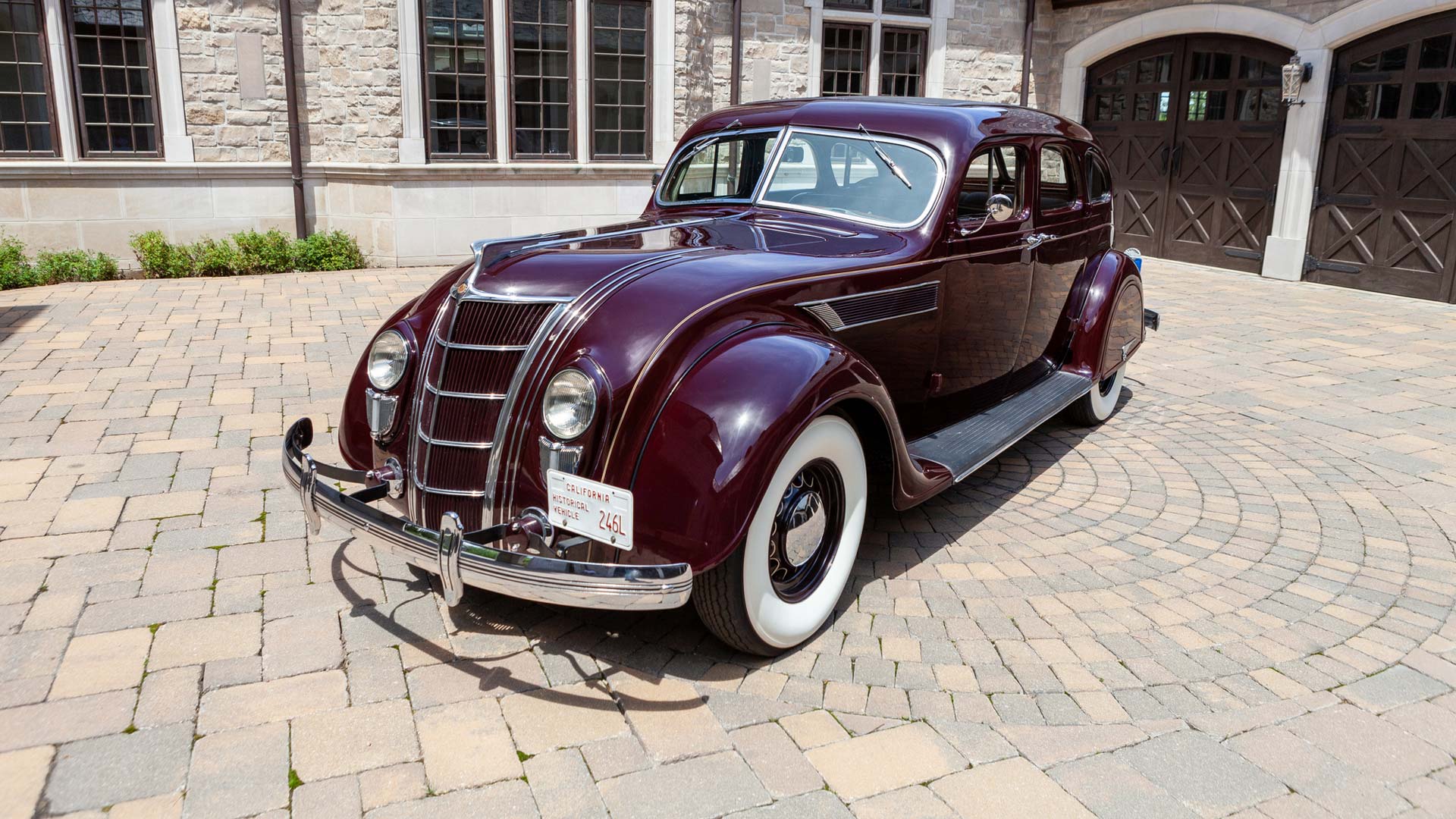 When it comes to the vehicles that could possibly link Carroll Shelby and Steve McQueen, a 1935 Chrysler might not be the first one that springs to mind.

Yet this rare Chrysler Imperial Airflow sedan boasts having been owned by two motoring greats, and is now available for auction on Bring a Trailer.

A groundbreaking design when new, contemporary customers shunned the radical Airflow design. Time has been kinder to these models, attracting passionate owners and collectors. 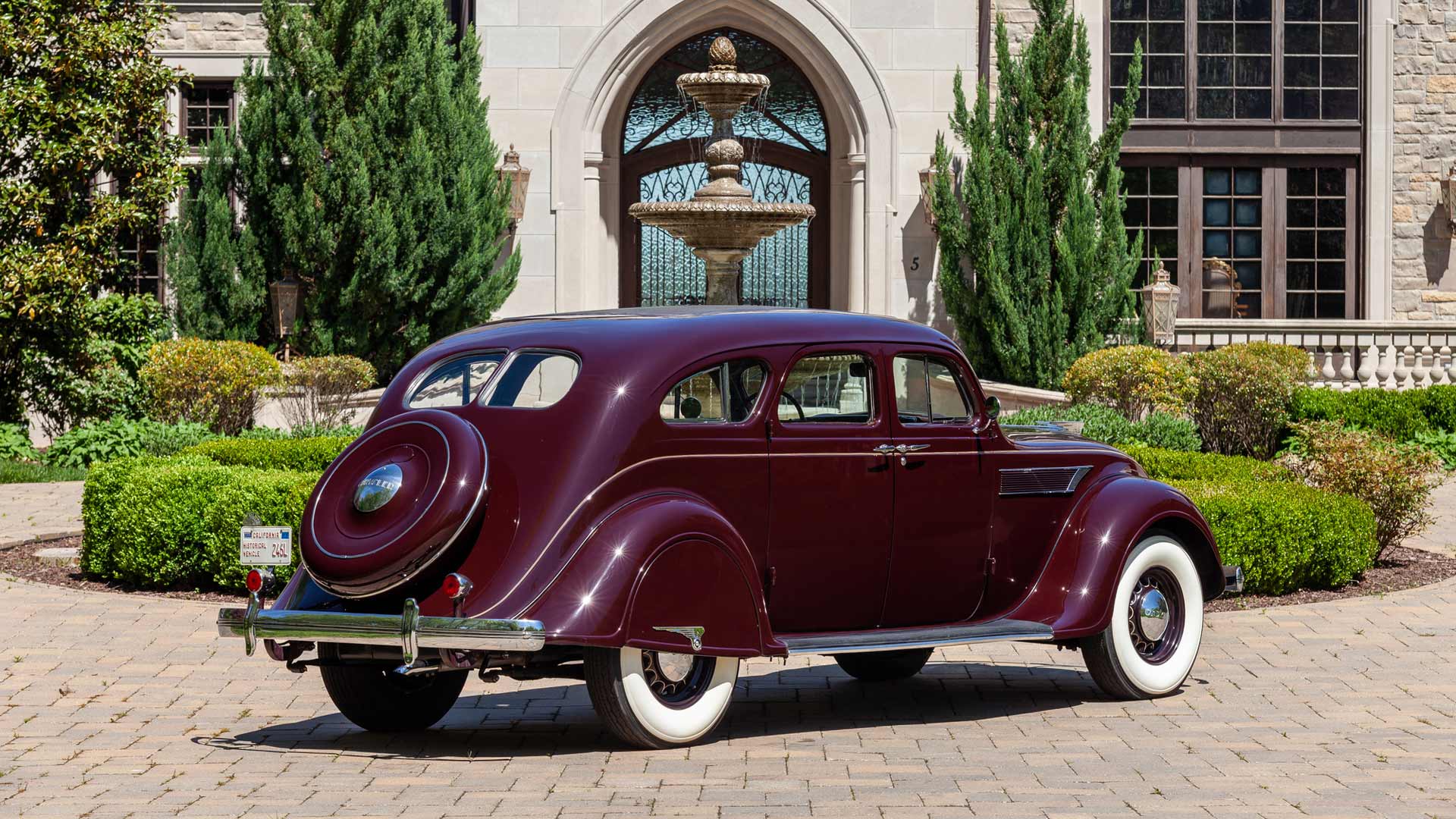 What made the Airflow range of cars so divisive was their styling. One of the very first road cars to be designed in a wind tunnel, streamlined looks upset the conservative buyers of the time.

Other innovations included ditching the traditional body-on-frame construction for an advanced semi-unibody build. This improved stiffness, aiding handling and refinement.

Chrysler engineers also pushed the wheels to the corners, placing the passenger compartment inside the wheelbase. Along with improved leg room, this also gave the benefit of a smoother ride for passengers. 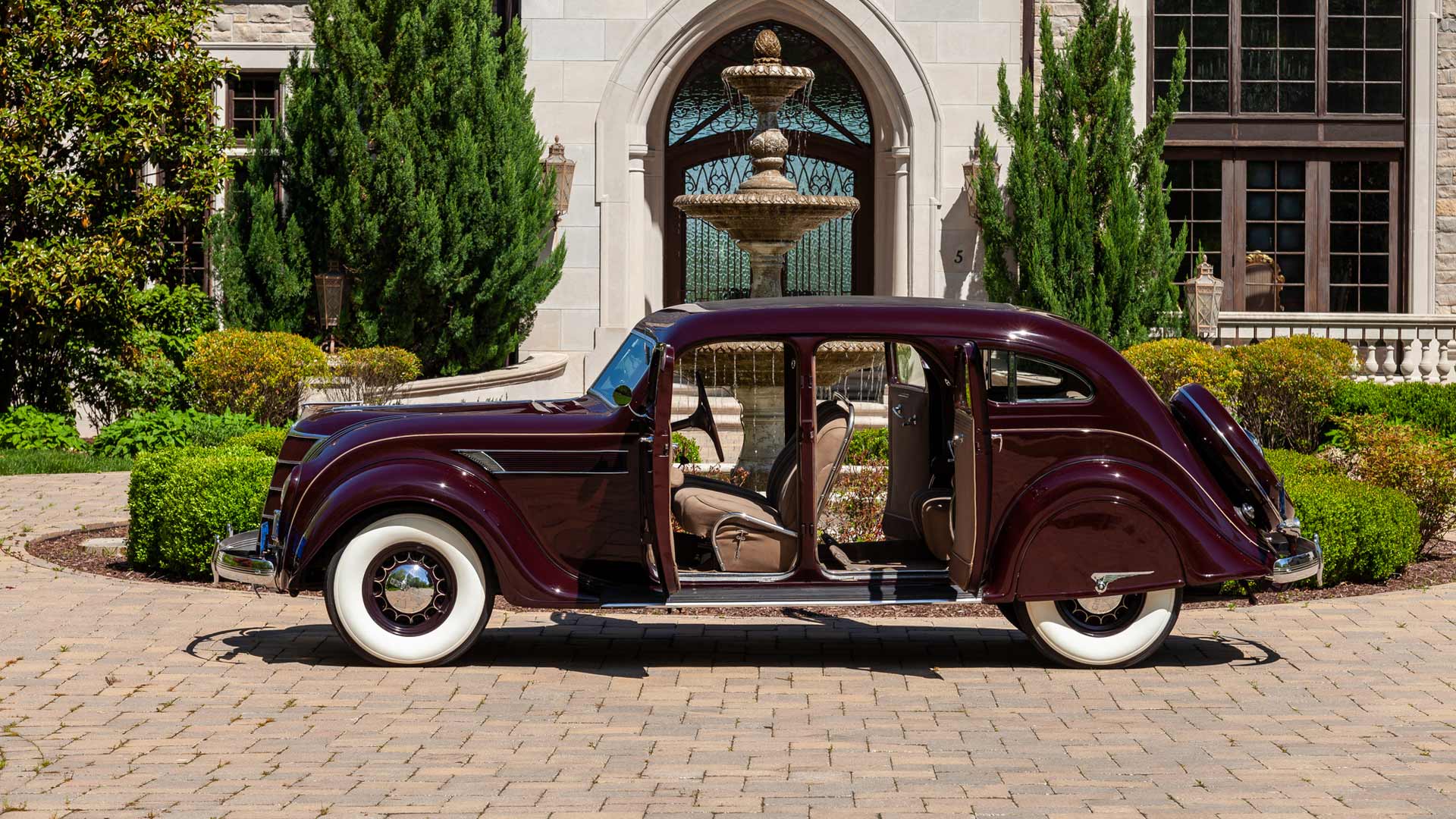 Chrysler marketed the Airflow in various versions, with the DeSoto brand selling nothing but the radical sedan in 1934. The upmarket Chrysler Imperial marque also had the Airflow to sell, like the one being auctioned here. 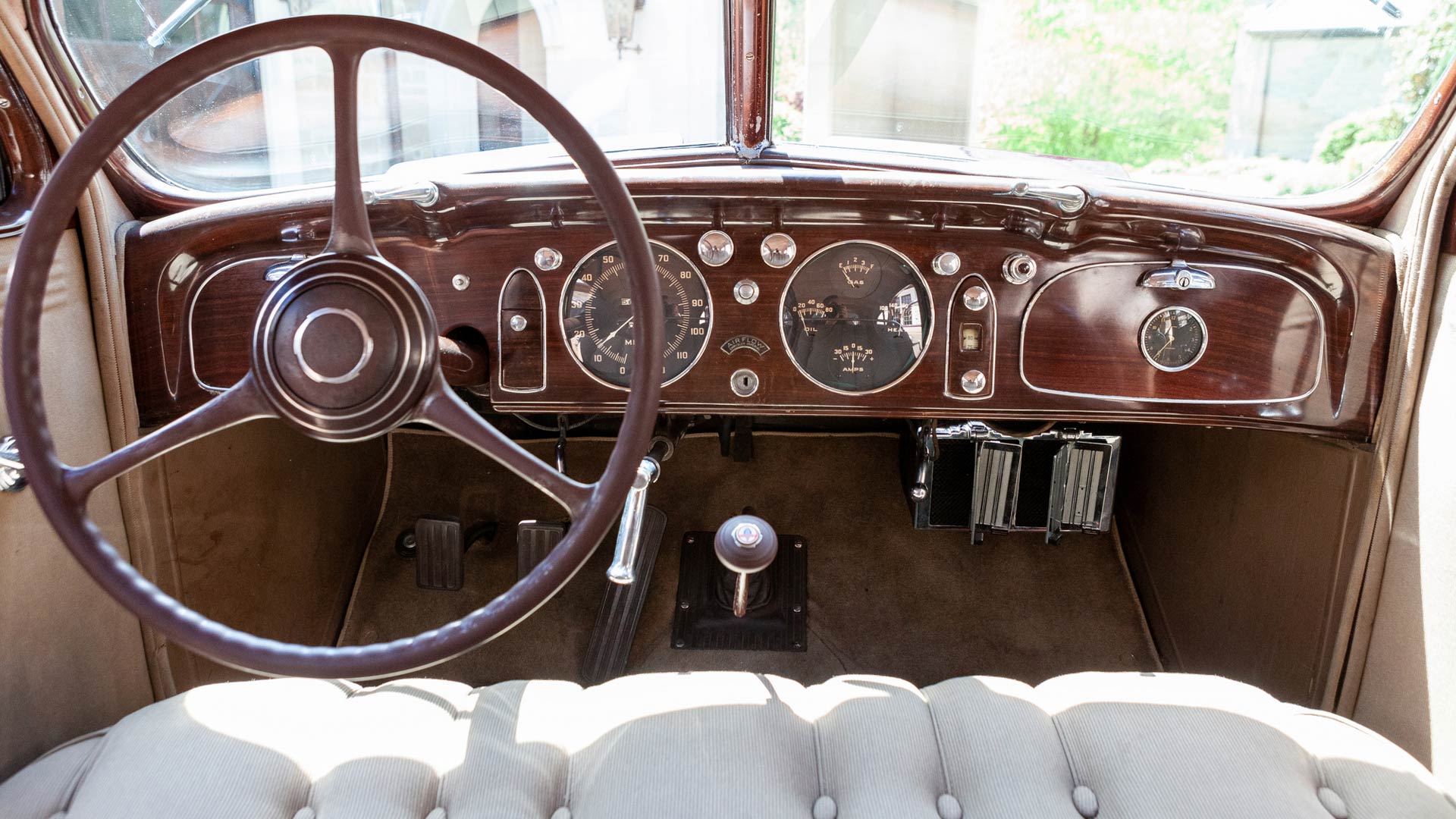 Legendary actor Steve McQueen is said to have acquired the car during the 1970s, making it a part of his extensive personal collection.

As an avid fan of both cars and motorbikes, McQueen amassed an eclectic garage of vehicles. This included the Ford GT40 used in his 1971 film Le Mans, along with Ferraris and even a GMC pickup truck.

Following his death in 1980, McQueen’s estate was auctioned in 1984. It was at this sale that the Imperial Airflow was purchased by the Imperial Palace Auto Collection in Las Vegas, Nevada. 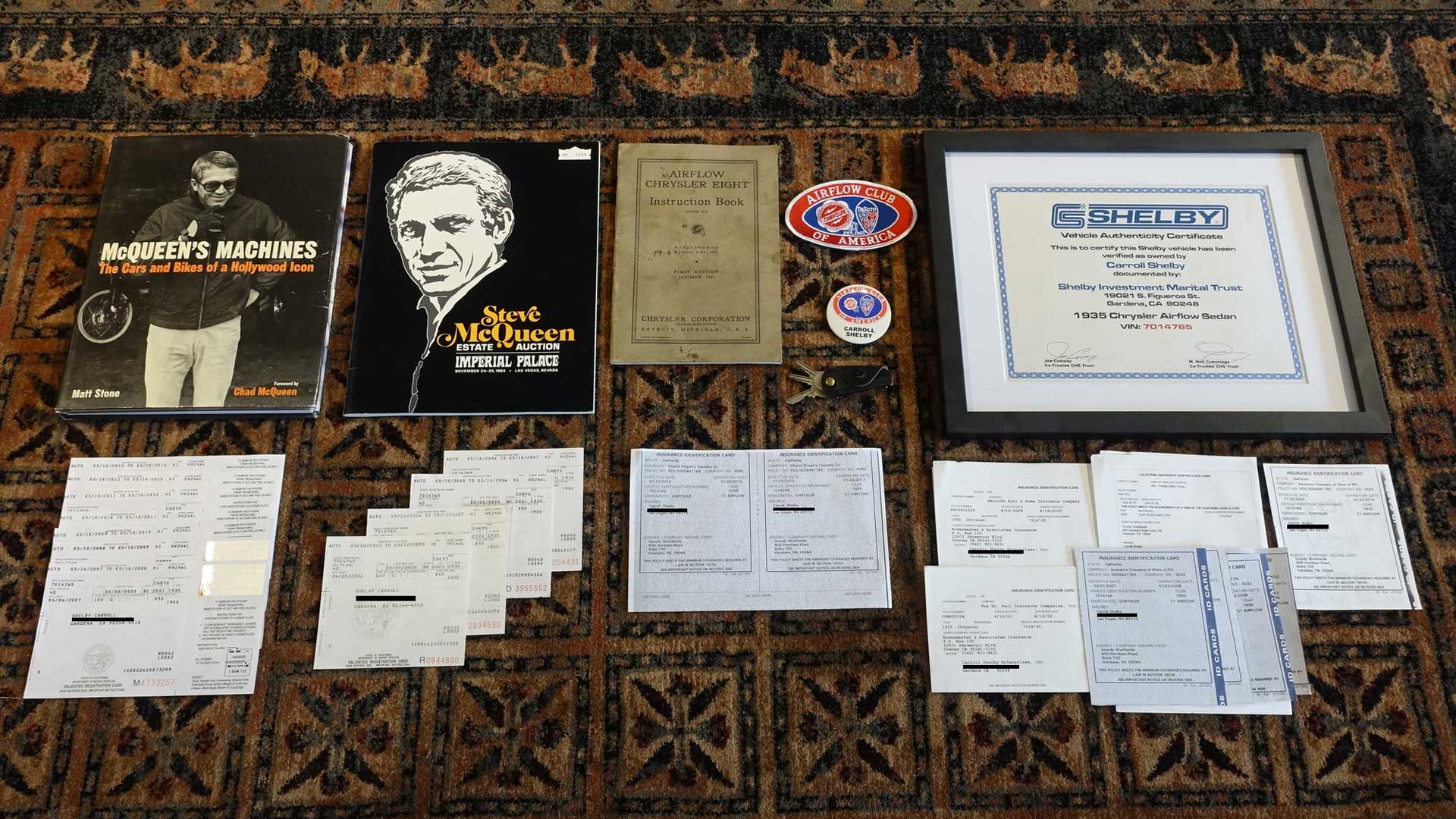 After time in the Imperial Palace collection, the car was bought by Caroll Shelby in 1998. Documentation provided includes insurance and registration cards in Shelby’s name, along with certification from the Shelby Marital Investment Trust.

More recently the car was sold at the 2018 Greenwich Concours d’Elegance Auction, alongside a collection of Shelby’s personal vehicles. Including relevant fees, the Airflow achieved $50,400 on crossing the block.

Use of the Airflow seems to have been limited, with the odometer showing only 59,000 miles. Service work has included a replacement cylinder head, along with new spark plugs being fitted. 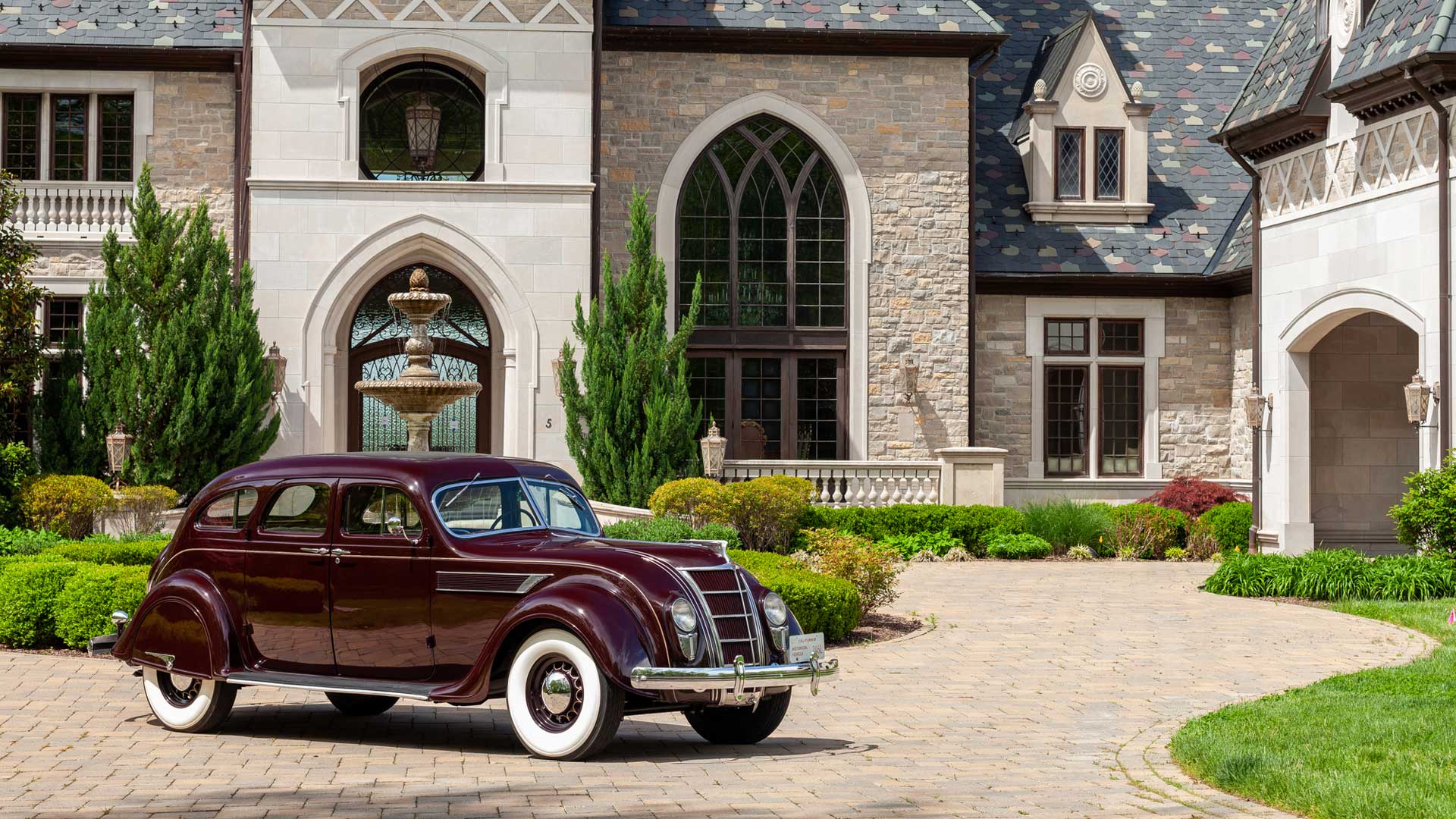 Being owned by Carroll Shelby or Steve McQueen is typically enough to drive car collectors into a frenzy. Being owned by both is something of a serious rarity, and makes this Chrysler Airflow a unique proposition.

Chrysler designed the Airflow to be a comfortable everyday car. It means a new owner could enjoy driving this classic to shows, rather than simply leaving it on static display.

Bidding for the Airflow closes on Tuesday, May 19th, which should be just enough time to check out the numerous photos and videos supplied with the Bring a Trailer advert.