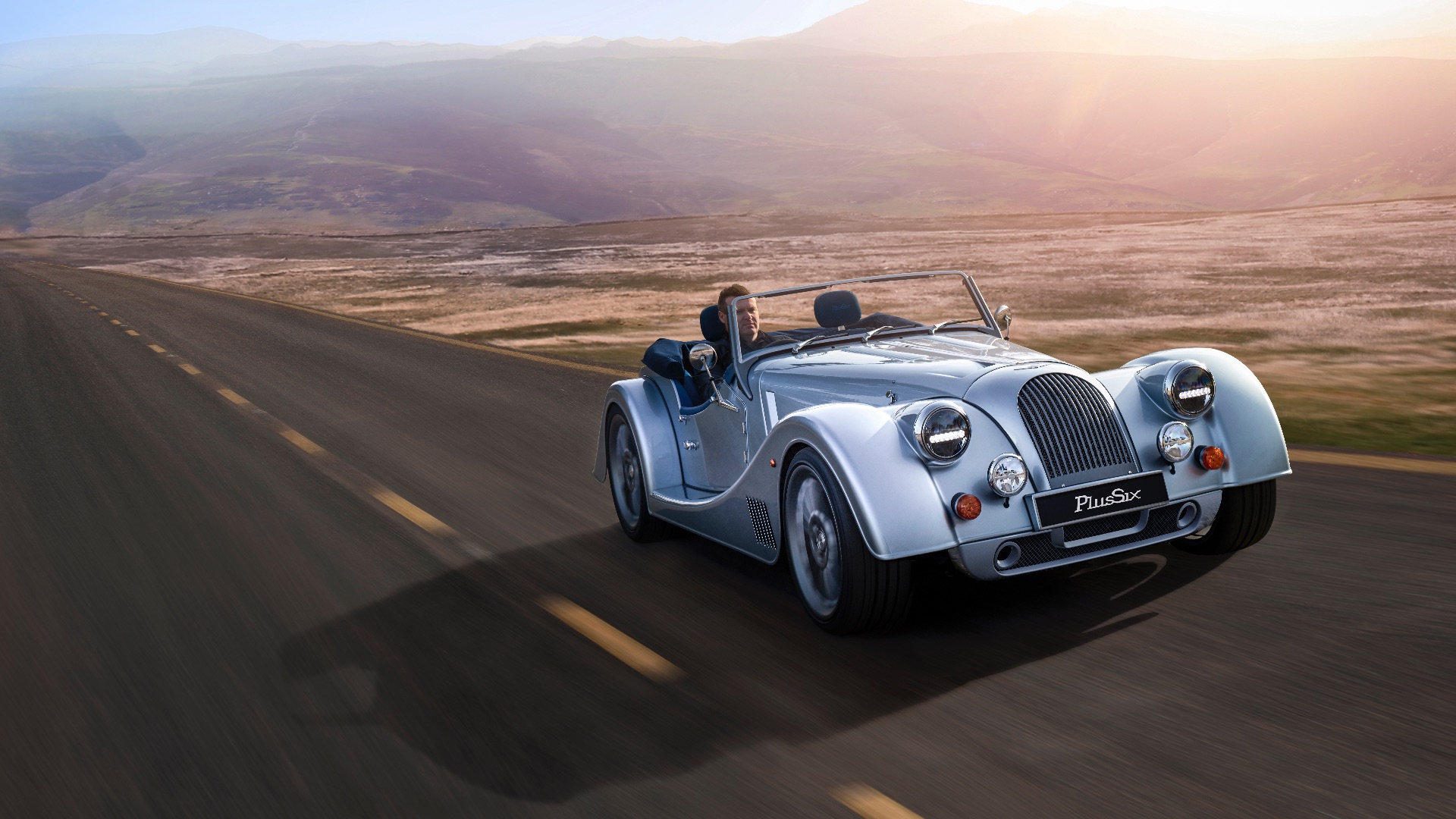 Nostalgia ain’t what it used to be. The Morgan Plus Six has a downsized, turbocharged engine and paddle-shift gearbox. It has electric power steering, LED running lights, a digital speedo and a Sport Plus mode. It even has remote central locking and puddle lights under the doors. A truly modern Morgan, then? Well, let’s not get carried away…

Regular readers may recall that, a little over a year ago, I took a road-trip in the final Morgan Plus 8. First launched in 1968, this rambunctious roadster once held the title of Britain’s fastest accelerating car. However, after BMW called time on its throaty but oh-so-thirsty V8, a re-think was required.

As per its name, the Plus Six is powered by a six-cylinder engine, again sourced from BMW. The 3.0-litre ‘B58’ unit usually resides in the Z4 M40i, along with the Toyota Supra. With 340hp and 369lb ft of torque driving – and occasionally spinning – the rear wheels, it serves up 62mph in 4.2 seconds.

Crucially, it also ekes out nearly 40 miles per gallon in official tests. The Plus 8 struggles to halve that. 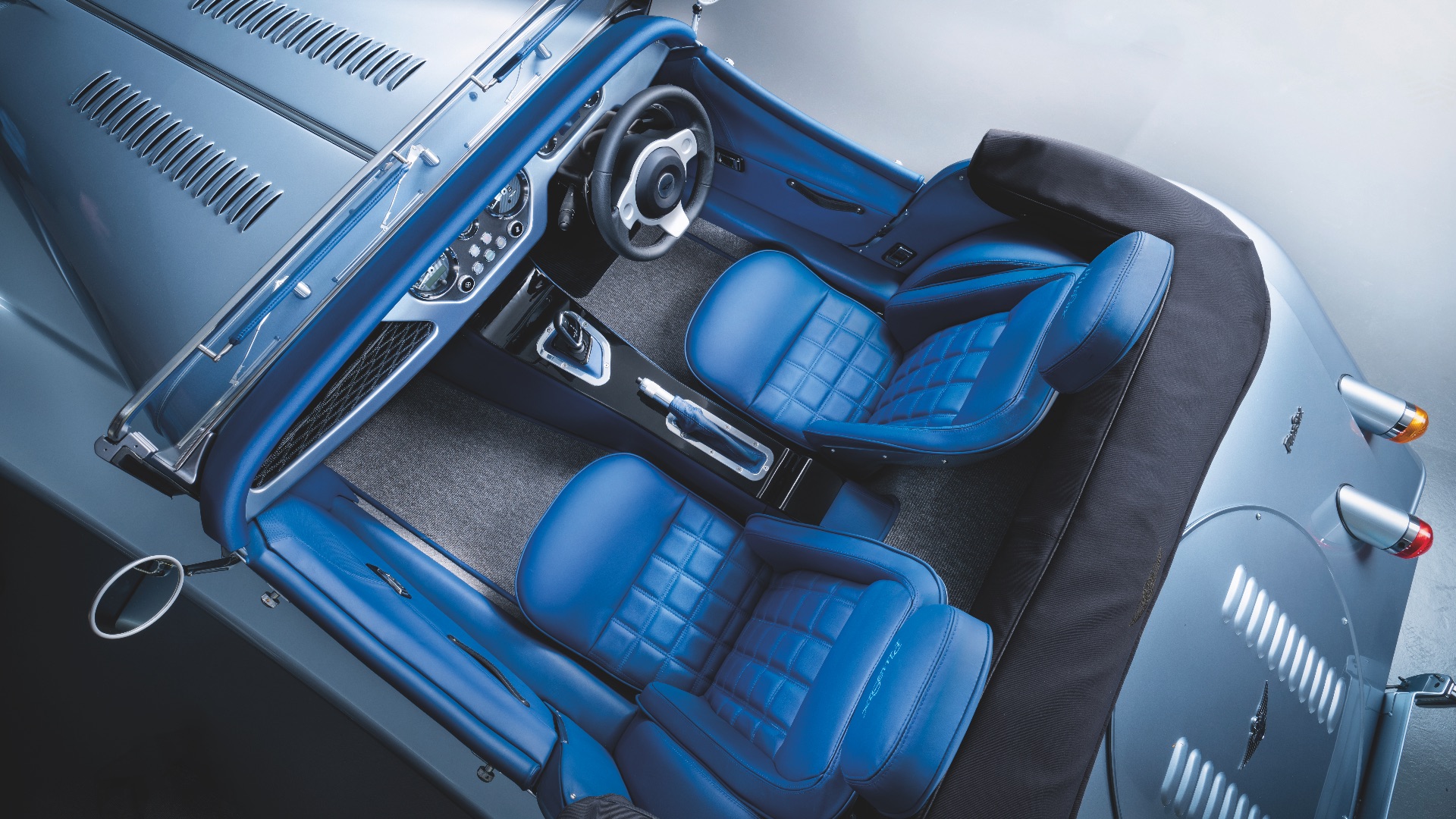 This radical reinvention is cunningly hidden, of course. Apart from the bonnet catches, every part on the Plus Six is new, yet it still looks like a car designed in the 1930s. Up to a point, it’s still built like one, its bonded aluminium chassis supplemented by a hand-formed ash wood frame. Traditional sweat-and-sawdust craftsmanship is alive and well in Malvern.

The process of dropping its top feels decidedly ‘retro’, too. Undo a sequence of pop fasteners and a latch, pull a lever, repeat the process on the other side of the car, wriggle the frame rearwards, then prod the fabric to ensure it folds flat. A one-press power roof this ain’t.

Slide across the wide running board, though, and you’ll find a much roomier cabin than the Plus 8. Car nerds will spot a few borrowed components (a gear lever from BMW, shift paddles from Citroen), but everything is neatly integrated.

Friday-night drive in the Plus Six.

Despite appearances, this is a thoroughly modernised Morgan, with a turbocharged straight-six, electric power steering, digital speedo, remote central locking and puddle lights.

Still no driver aids apart from ABS, though… pic.twitter.com/KE7N8DDKGb

Sitting almost atop the rear axle, the Plus Six’s long, louvred prow reaches out ahead. Its steering is pleasantly light, the eight-speed ’box is seamless in auto mode and the ride feels pliant around town.

Even in slower corners, the Morgan needs some coaxing and cajoling – it doesn’t pivot around you like a mid-engined Lotus Elise – yet it’s decorous enough to drive every day. Not that many owners will.

Outside the city, you can unleash an entirely different animal. With no electronic aids except ABS and a kerb weight some 420kg lighter than a Supra, the rear-driven Morgan can go very sideways indeed. Unless you are Lewis Hamilton, a tentative right foot is judicious on damp roads.

Switching to Sport Plus (described as “angry mode” by my delivery driver) only amplifies the intensity. It’s a muscle car in a tweed suit: unabashedly uncouth and laugh-out-loud exciting. 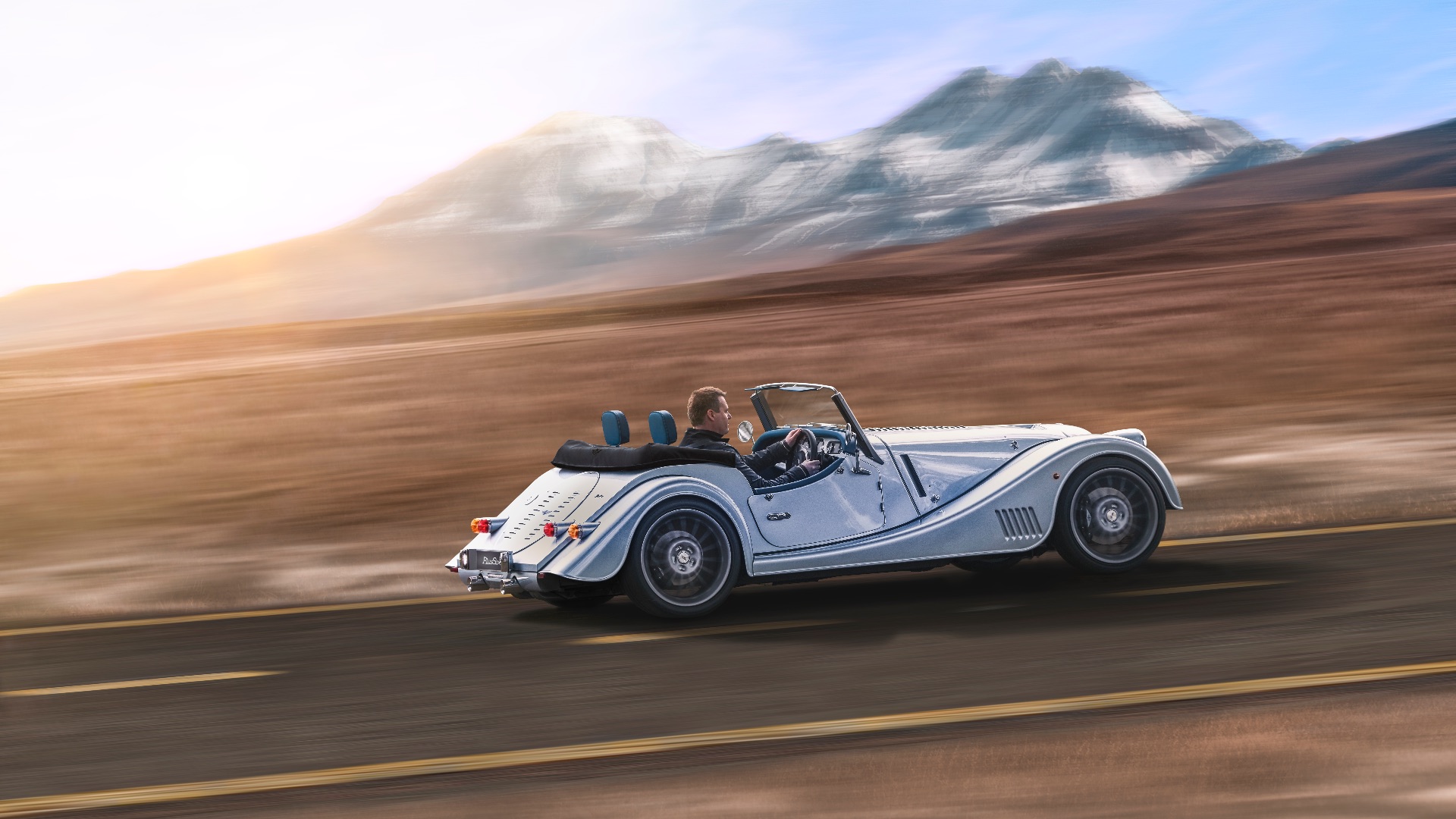 The straight-six engine is also more characterful here than in other applications. It can’t match the metronomic throb of the old V8 at idle, or its furious top-end bellow, but there’s plenty of induction whoosh and snarl, peppered with pops from the twin tailpipes. It sacrifices nothing in pulse-spiking performance, while offering much improved usability and fuel economy. How very mature and modern.

The Plus Six is only the start of Morgan’s next chapter. Its architecture is already prepared for hybrid and electric drivetrains, while a recent takeover by Investindustrial, the private equity firm that previously owned Aston Martin, should lead to a raft of new models.

I concluded my Plus 8 review by imagining it ‘roaring into a sepia-tinged sunset’. This is the bright new dawn.