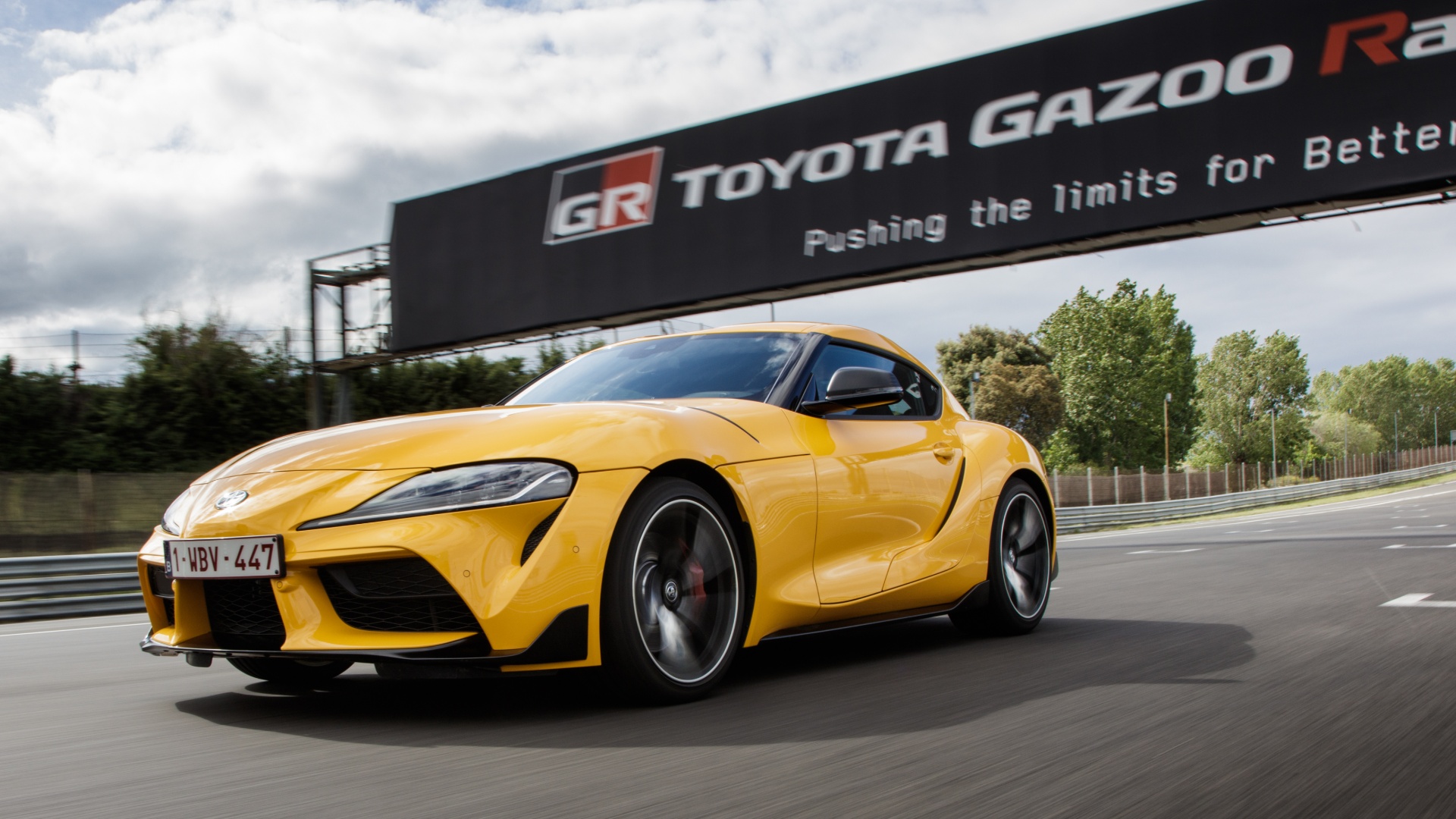 Here it is, then: the most hotly-anticipated car of 2019. Well, apart from that 4×4 from Solihull.

It’s been 17 years since Toyota last sold a Supra, but Gran Tursimo and The Fast & The Furious have kept the flame burning. Now, finally, the fifth-generation GR Supra is here. Let’s pray it doesn’t disappoint.

The ‘GR’ stands for Gazoo Racing – Toyota’s motorsport division. It’s been doing rather well of late, winning Le Mans, Dakar and the WRC manufacturers’ title. This is its first all-new road car. 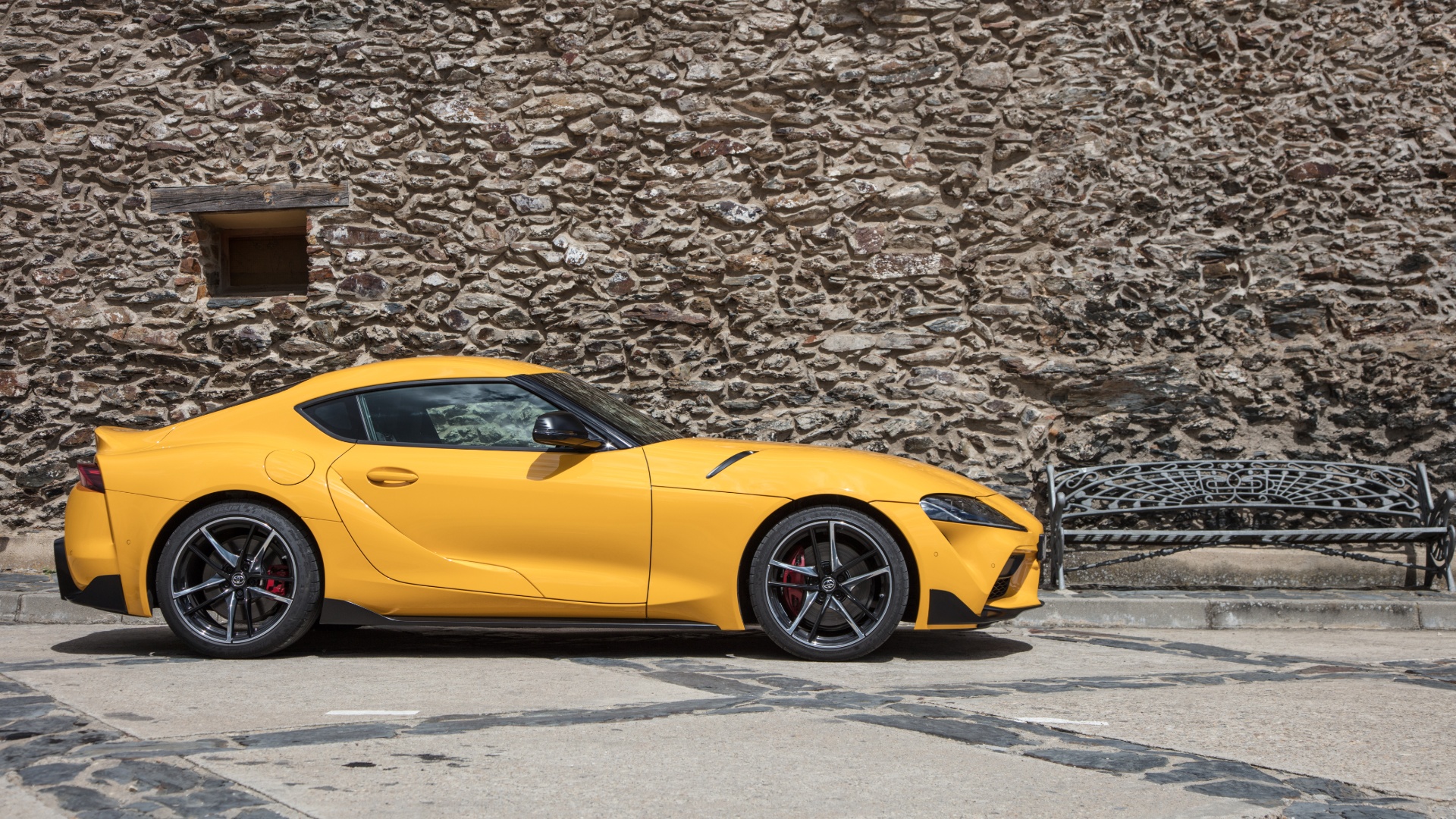 It’s also a pet project for Toyota boss, Akio Toyoda. In addition to “countless hours” lapping the Nurburgring, he had final sign-off on how the Supra drives. How many car company CEOs can say that?

With a front-mounted 340hp straight-six, two seats and rear-wheel drive, the GR Supra is Toyota’s flagship sports car. Priced from £52,695, it’s pitched directly at the Porsche 718 Cayman and Alpine A110. Read on for our verdict. 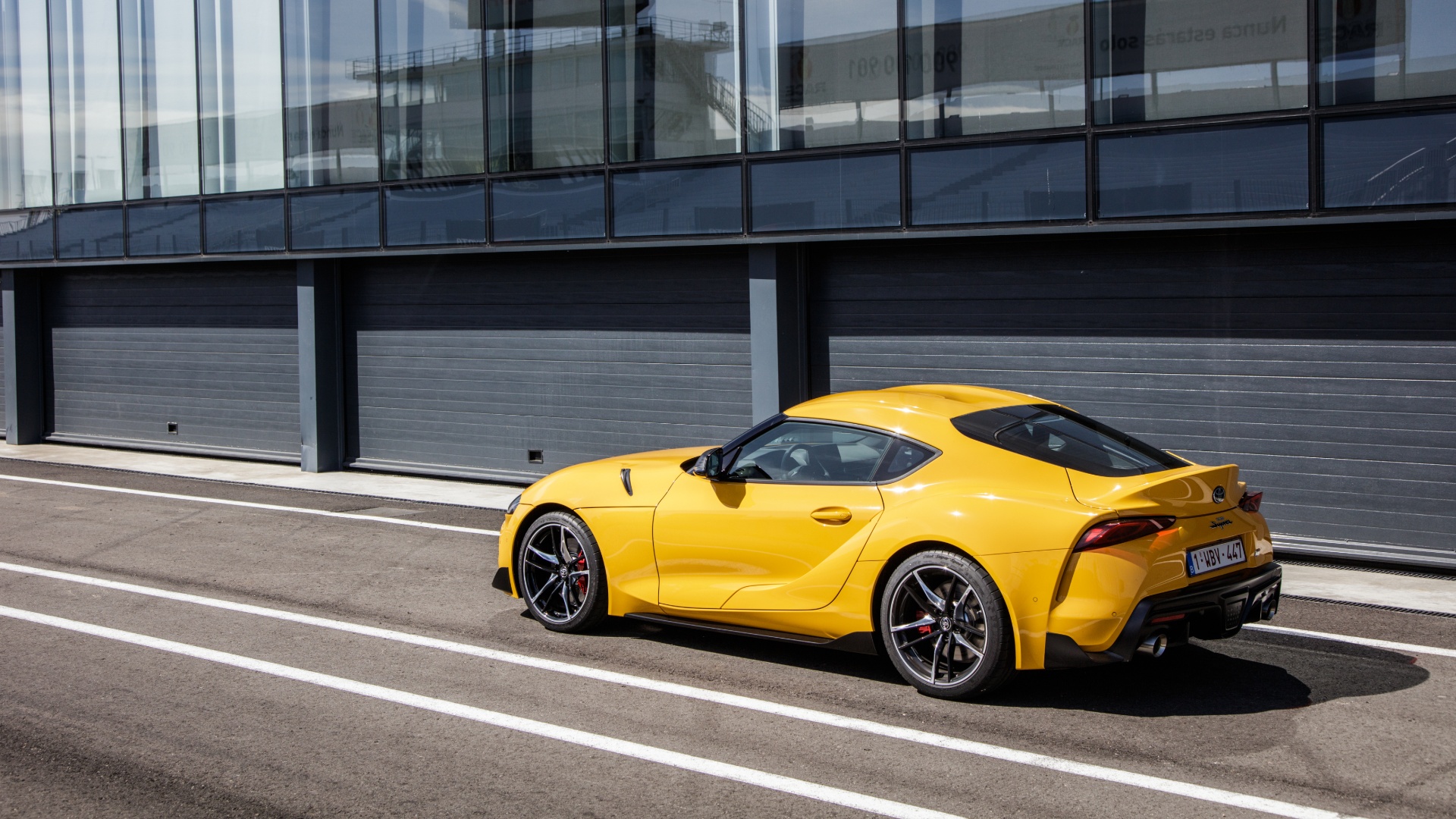 Have you ever felt excited and slightly ‘used’ at the same time? Actually, don’t answer that. Toyota has teased us to the brink of turn-off with the new Supra – and we in the media have been shamelessly complicit.

The hype began with the dramatic FT-1 concept of 2014, followed by Toyota re-registering ‘Supra’ as a trademark a month later. A steady drip-feed of details led to the GR Racing Supra Concept in early 2018, then a ‘dynamic debut’ at Goodwood Festival of Speed – albeit with a camouflaged car. After that, journalists drove a prototype, still disguised and with technical details unconfirmed. Only now, some five years on, can we see and drive the Supra as Akio intended.

Yes, it says ‘concept’ on the side, but this is the finished article: a turn-key customer racing car.

Interestingly, the fake air vents on the production Supra are all real here. pic.twitter.com/rEfD6mFuKq

One could be forgiven, then, for feeling a little jaded. But I’ve raced a 1,000hp Castrol-liveried Supra around Grand Turismo’s Trial Mountain. I’ve watched Vin Diesel smoke a Ferrari F355 in a drag race. I’ve driven the brilliant GT86 and Yaris GRMN. And I’ve interviewed Tetsuya Tada, chief engineer for the GR Supra. So yes, I’m still excited. 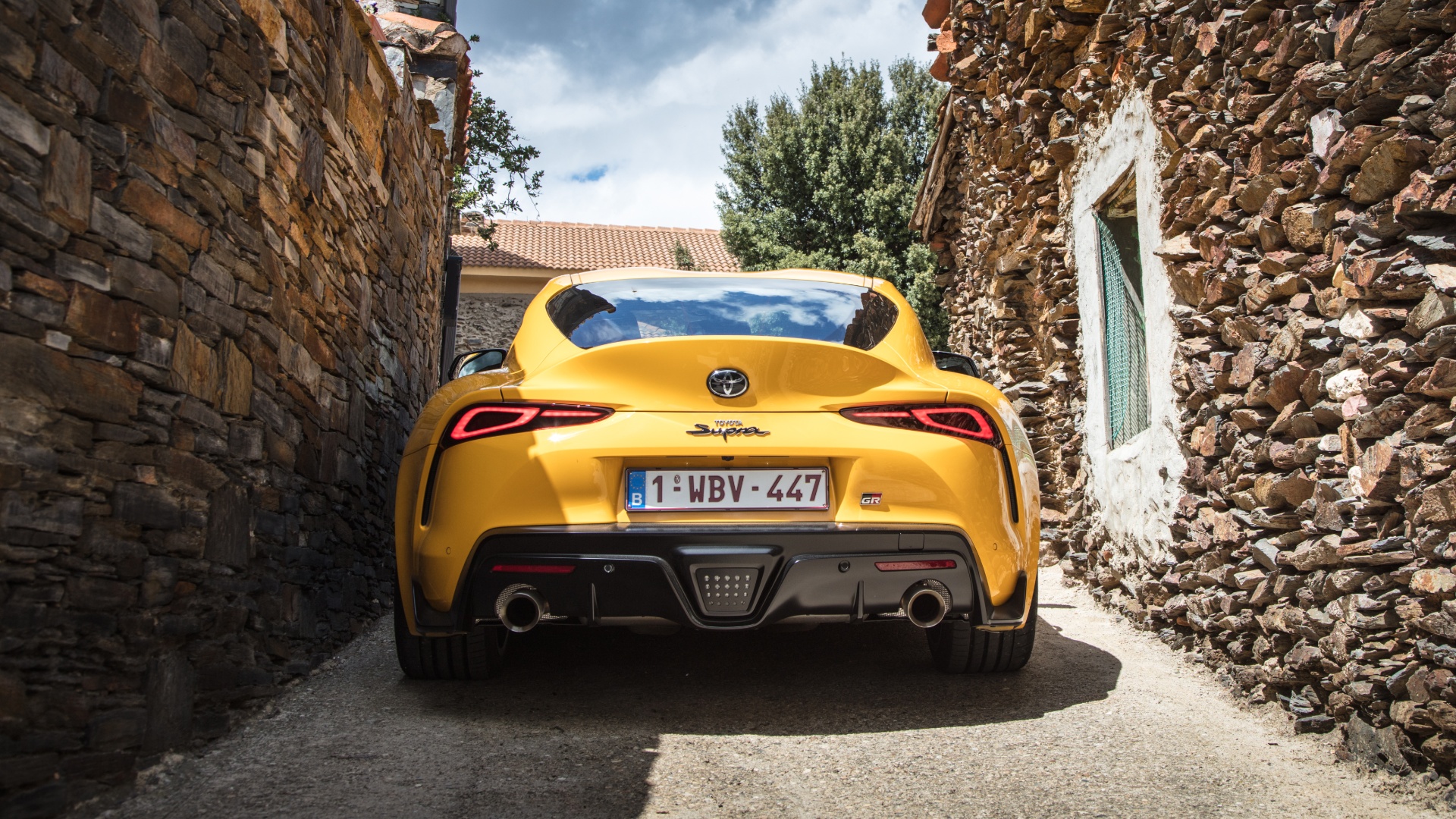 Clearly, so is Tada-San: his eyes light up when he talks about his baby. It’s the one car he plans to keep for his eventual retirement: “I’ll customise it to exactly how I like and just enjoy driving it.”

Driving, we’re told, is what the new Supra is all about. “It’s a pure sports car, a Porsche-killer” explains Tada. “Practicality and comfort were almost not considered”. Instead, the laws of physics dictated its design.

Key to achieving “ultimate driving pleasure” is the so-called golden ratio between track width and wheelbase. Apparently, anything between 1.50 and 1.60 serves up the best balance of agility and stability. With a rear track of 1,589mm and wheelbase of 2,470mm, the Supra is a bang-on-the-money 1.55. For reference, the Ferrari 488 GTB and Porsche 911 manage 1.59 and 1.60 respectively.

Moments of inertia, moments of clarity 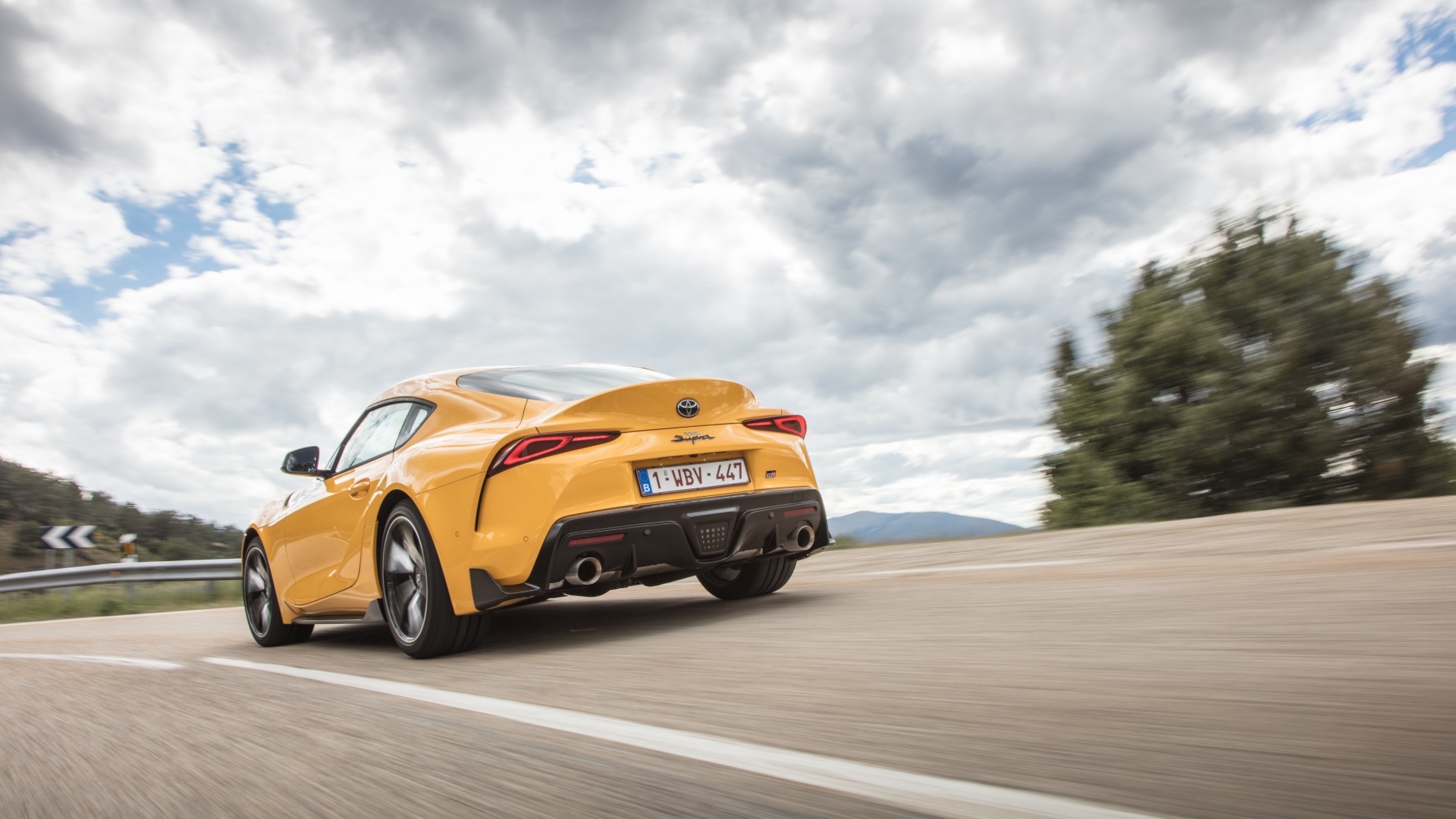 Further benefits of Tada’s single-minded approach include perfect 50:50 weight distribution, a lower centre of gravity than the boxer-engined GT86 and a stiffer chassis than the carbon fibre Lexus LFA.

Toyota hasn’t scrimped on hardware, either. An active differential constantly adjusts torque between the wheels, helping tighten the car’s line when cornering. There are Brembo brake calipers and lightweight five-link rear suspension, backed-up by adaptive dampers. The tyres are sticky Michelin Pilot Super Sports (wider at the rear), wrapped around 19-inch forged alloys.

Cleverly, the brakes have a drying function that applies the pads at set intervals when you switch the wipers on. Braking pressure is also boosted automatically when the discs are hot. More on that shortly.

The other Ultimate Driving Machine 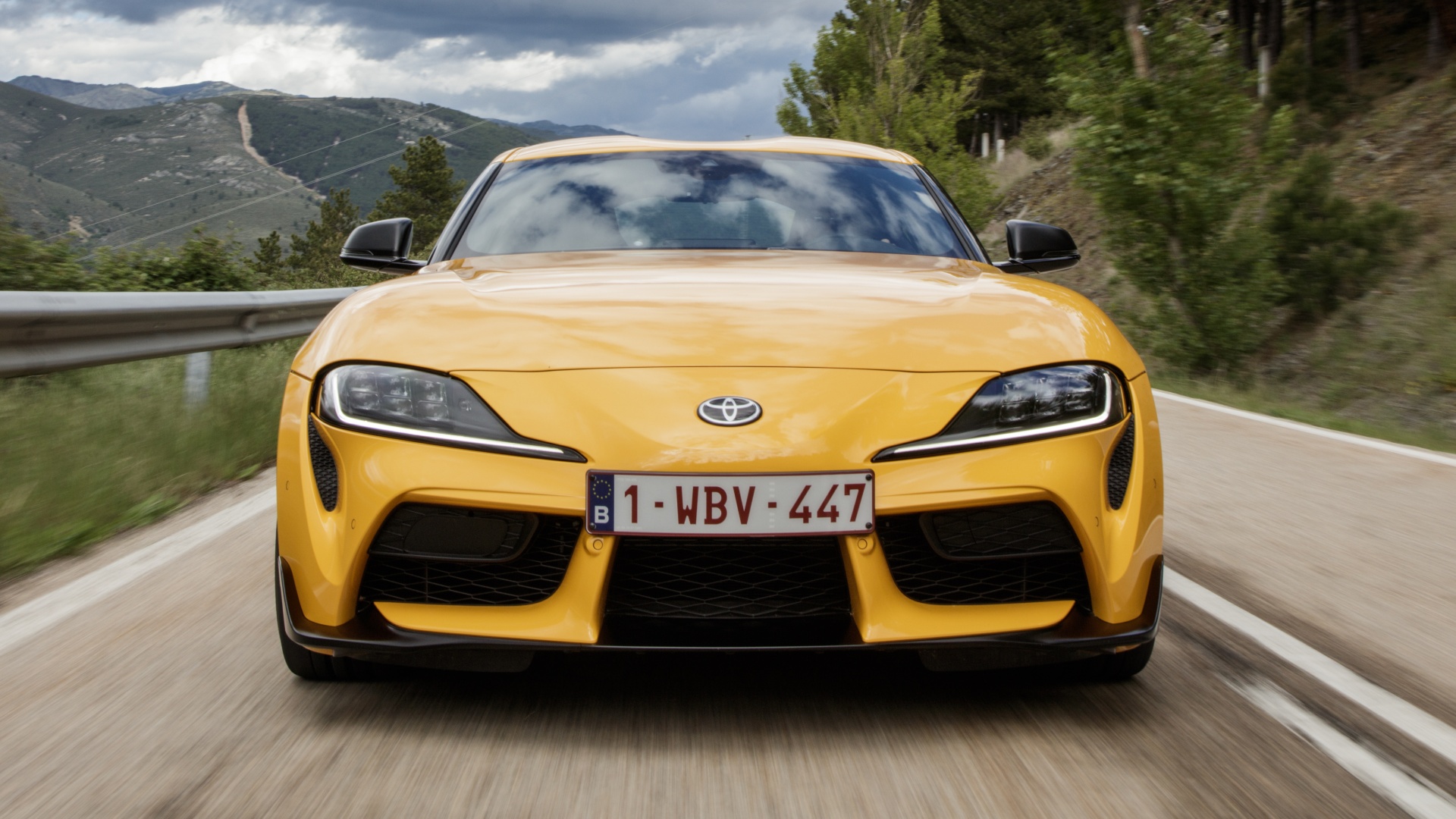 Nonetheless, the GR Supra wasn’t designed without compromise. It’s been a joint-venture with BMW from the outset, sharing its engine, gearbox and most of its interior with the Z4. Both cars are built at the same Magna Steyr factory in Austria.

That engine is a 3.0-litre six with variable valve timing and a single twin-scroll turbocharger. Serving up 369lb ft of torque from 1,600rpm, it drives the rear wheels via an eight-speed paddleshift transmission. Use launch control and you can blast to 62mph in 4.3 seconds, topping out at an electronically-limited 155mph.

“Numbers are one thing,” says Tada, “but it’s feeling that matters”. So while the Z4 is a capable Côte d’Azur cruiser, the Supra, using similar raw ingredients, aims to be far more focused. After a morning on some of Europe’s best driving roads, followed by track-time at Jarama – an ex-Formula One circuit near Madrid – we’ll know for sure.

Don’t look back in Manga 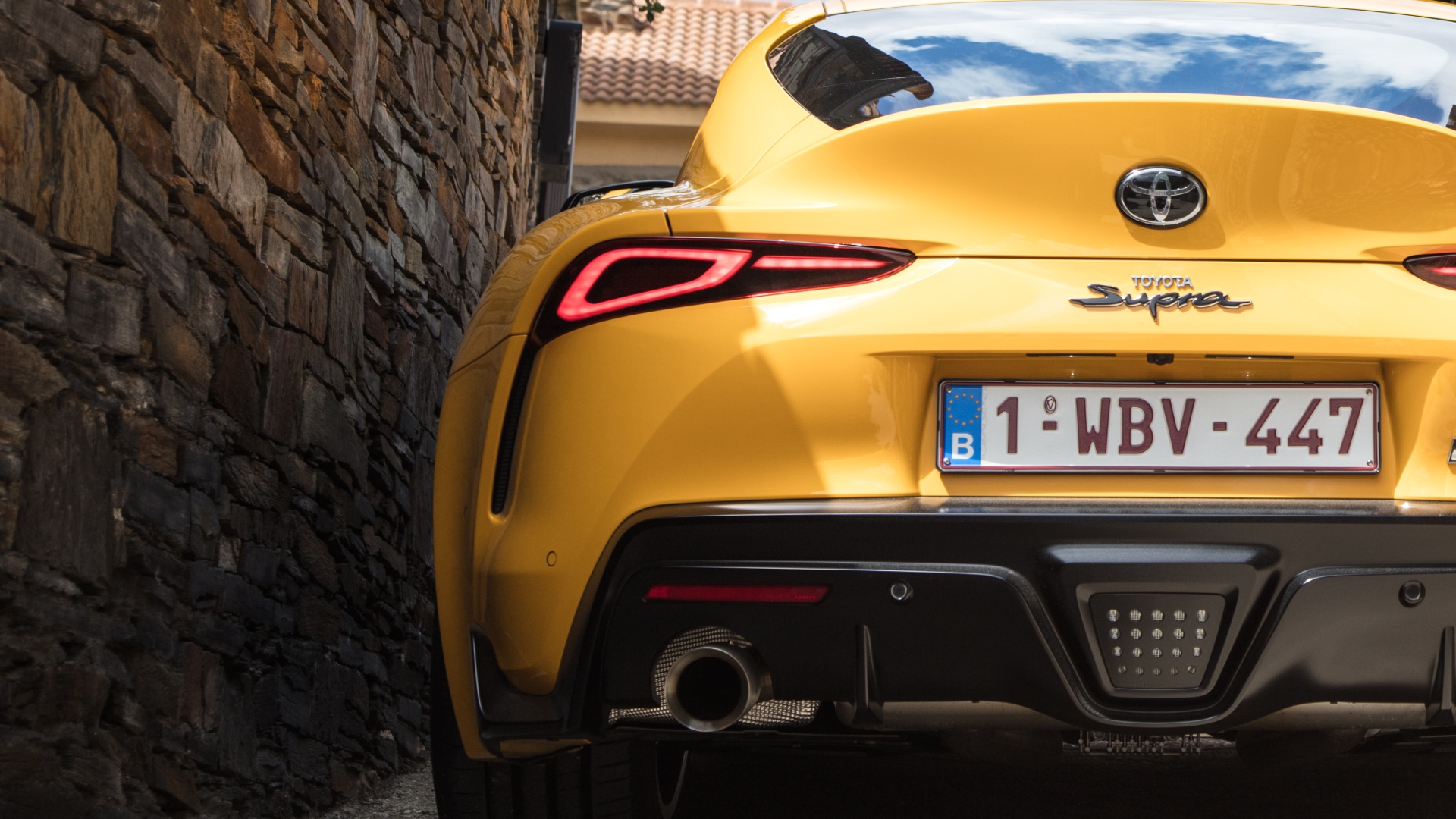 Basking in the fluorescent glow of a subterranean car park, the new Supra awaits. Squat and willfully aggressive, its voluptuous curves are punctuated by slash-cut strakes. It bristles with kinetic energy even sitting still.

Chief stylist Nobuo Nakamura calls his design ‘Condensed Extreme’. There’s certainly a lot happening in a small space. The hawkish headlights are a nod to the previous ‘A80’ Supra (1993-2002), while the double-bubble roof is inspired by the iconic 2000GT (1967-1970). There’s a whiff of Porsche in the Cayman-esque window graphic and ducktail spoiler, too.

A word about those air intakes. Forum fanboys have been quick to label them fake, which indeed they are. However, the Supra GT4 concept, parked in the pit lane at Jarama, will later reveal their true purpose: to homologate the extra cooling ducts needed for racing. Here’s hoping the GT4’s mammoth rear wing becomes a dealer-fit option. 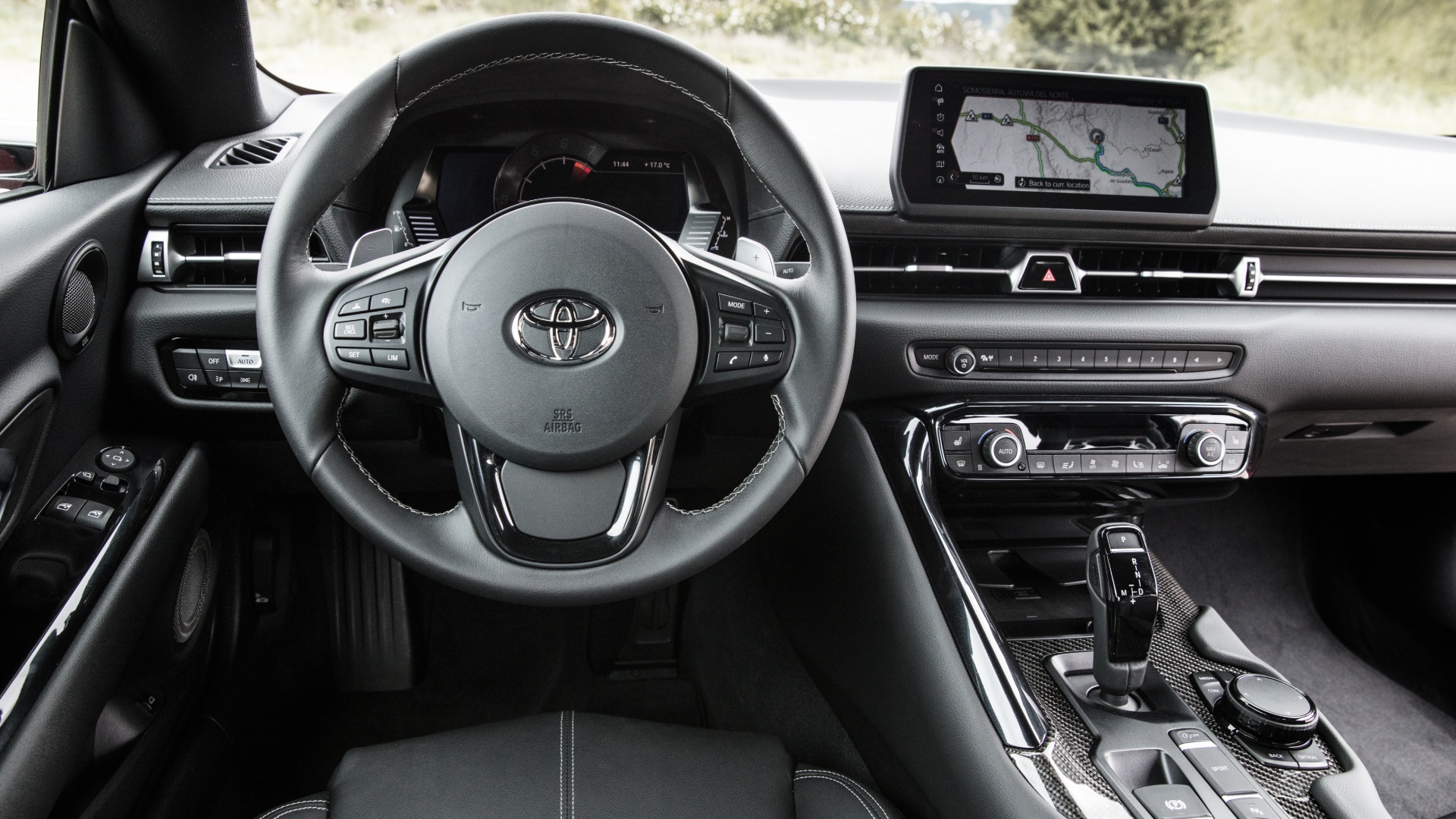 The interior is decidedly more Teutonic, and will feel instantly familiar to anyone who’s driven a BMW this century. Yet as anyone who’s also driven a GT86 will affirm, that’s probably A Good Thing. The trad-Toyota LCD clock is notable by its absence.

You sit low, in ‘racing-inspired’ seats, cocooned by the domed roof and tall transmission tunnel. The dashboard is nigh-on identical to a Z4, from the gear selector to the iDrive media system. Only an 8.8-inch digital instrument display is unique to the Supra, its 3D-look rev counter positioned front-and-centre. Apple Carplay connectivity is standard, but there’s no Android Auto for now.

As for practicality, don’t get your hopes up. A luggage capacity of 290 litres is, theoretically, on par with some superminis, but bulky rear tyres and that complex rear suspension make the boot an awkward shape.

Give it the edamame beans 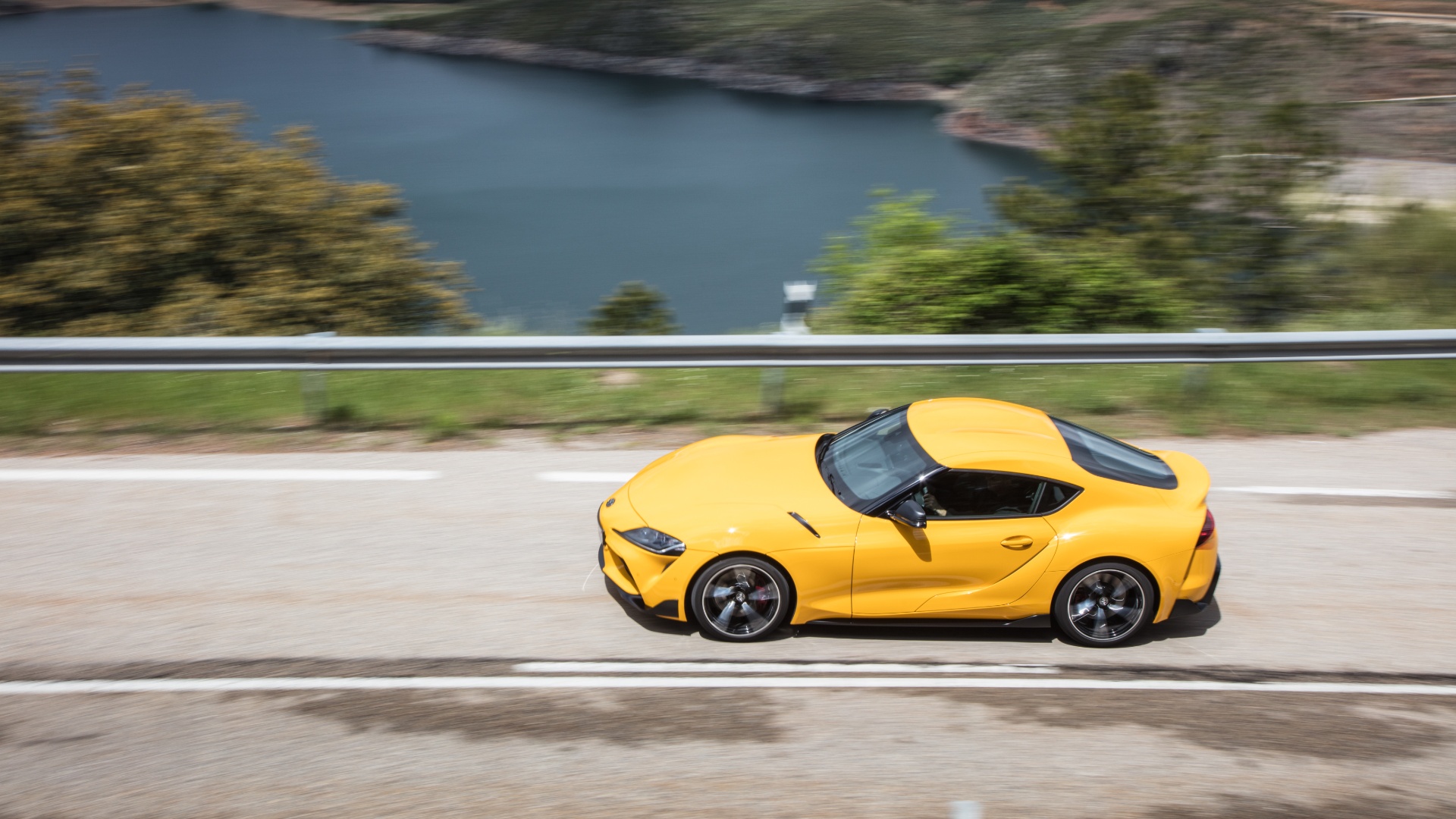 Whose idea was it to leave at 9am? Rush-hour Madrid is a maelstrom of suicidal Seats and self-righteous cyclists. Traffic lights, it seems, are advisory. Fortunately, the Supra proves itself immediately amenable. Light steering and a smooth auto ’box make for easy progress, while a short wheelbase makes U-turns a cinch (blame the sat nav). It’s no more of a prima donna than a Prius.

The ride is calmer than I expected, too. Firm but finely damped, it takes pockmarked city streets in its stride. It’s certainly more pliant than a BMW M2 – let alone most hot hatches with similar performance.

New Toyota Supra in the mountains beyond Madrid.

Note how far back the 3.0-litre straight-six is mounted. Hints of Ferrari F12 in that rear diffuser. pic.twitter.com/3eejBtDpbO

We eventually reach the autopista and I can wait no longer. The engine erupts with a rich, cultured snarl that puts the lumpy, four-cylinder Cayman squarely in the shade. There’s a hefty wallop of mid-range torque, but it’s almost too smooth, too civilised. Like most turbocharged motors, it doesn’t urge you to wring out every last rpm.

A question of SPORT 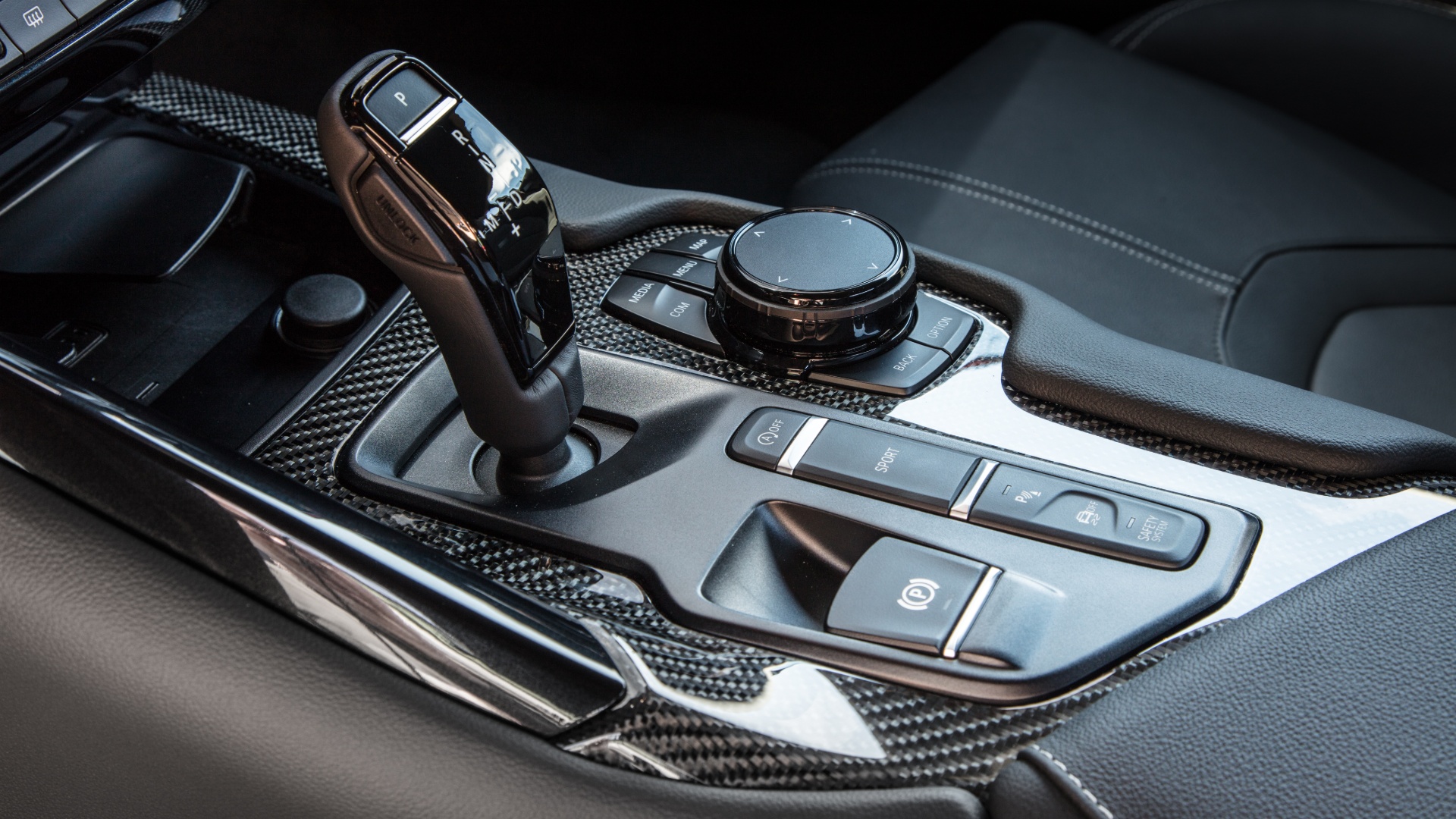 Fortunately, a large button on the centre console marked ‘SPORT’ tenses up engine and gearbox response, adds heft to the helm and stiffens the suspension. It also opens flaps in the twin-exit exhaust, unleashing a glorious straight-six howl. The car switches from calm to combative, and suddenly comes alive.

Blasting along capillary lanes, the Supra has the feel of ‘flow’ common to all great driver’s cars. It hugs the topography tightly over crests and compressions, turning in sharply and seeming to pivot around its own axis. The steering doesn’t fizz with abundant feedback like the GT86, but grip levels are hugely higher.

Granted, some four-wheel-drive hyper-hatches would be quicker still on roads like these – especially in the hands of an average driver like yours truly. But it’s feeling that matters, right?

Tracks of my rears 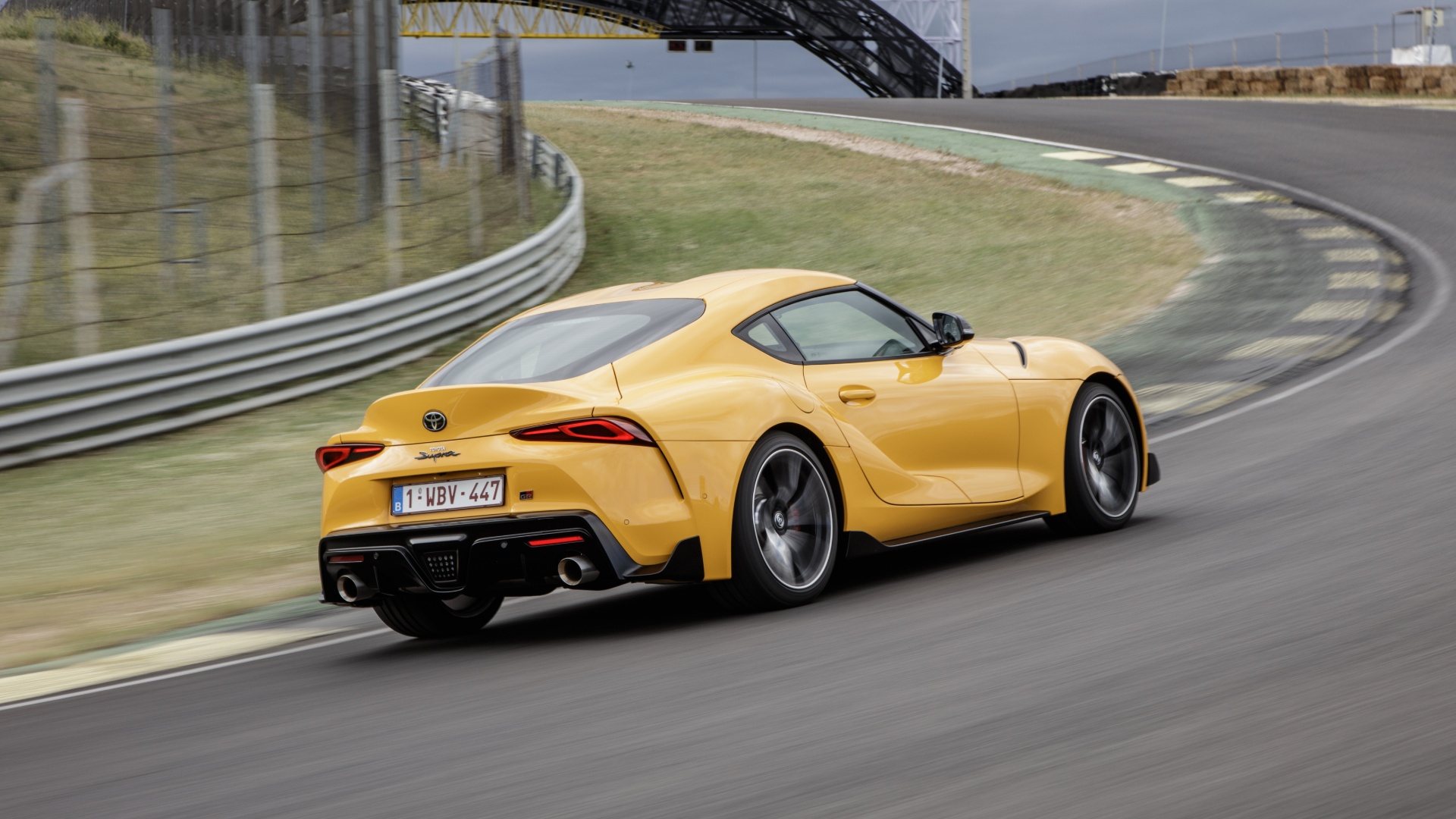 Jarama is a technical circuit of short straights and tight turns, spiced up by the close proximity of the crash barriers. It’s a stern test for any sports car, even one honed on the Nordschleife.

Tada-San, though, has done his homework, and the GR Supra’s brilliant balance comes firmly to the fore here. It feels malleable and confidence-inspiring, rewarding commitment yet forgiving mistakes. You can do your best Tokyo Drift impression (and I did), but side-on isn’t its preferred angle of attack. It’s too tenacious for that.

With the mid-afternoon mercury reaching a scorchio 31 deg C, too many hot laps take their toll on the brakes. The pedal softens in line with my nerve and I potter gently back to the pits. If you plan to use your Supra for track days, it’s probably worth an upgrade. Doubtless many aftermarket tuners are already on the case. 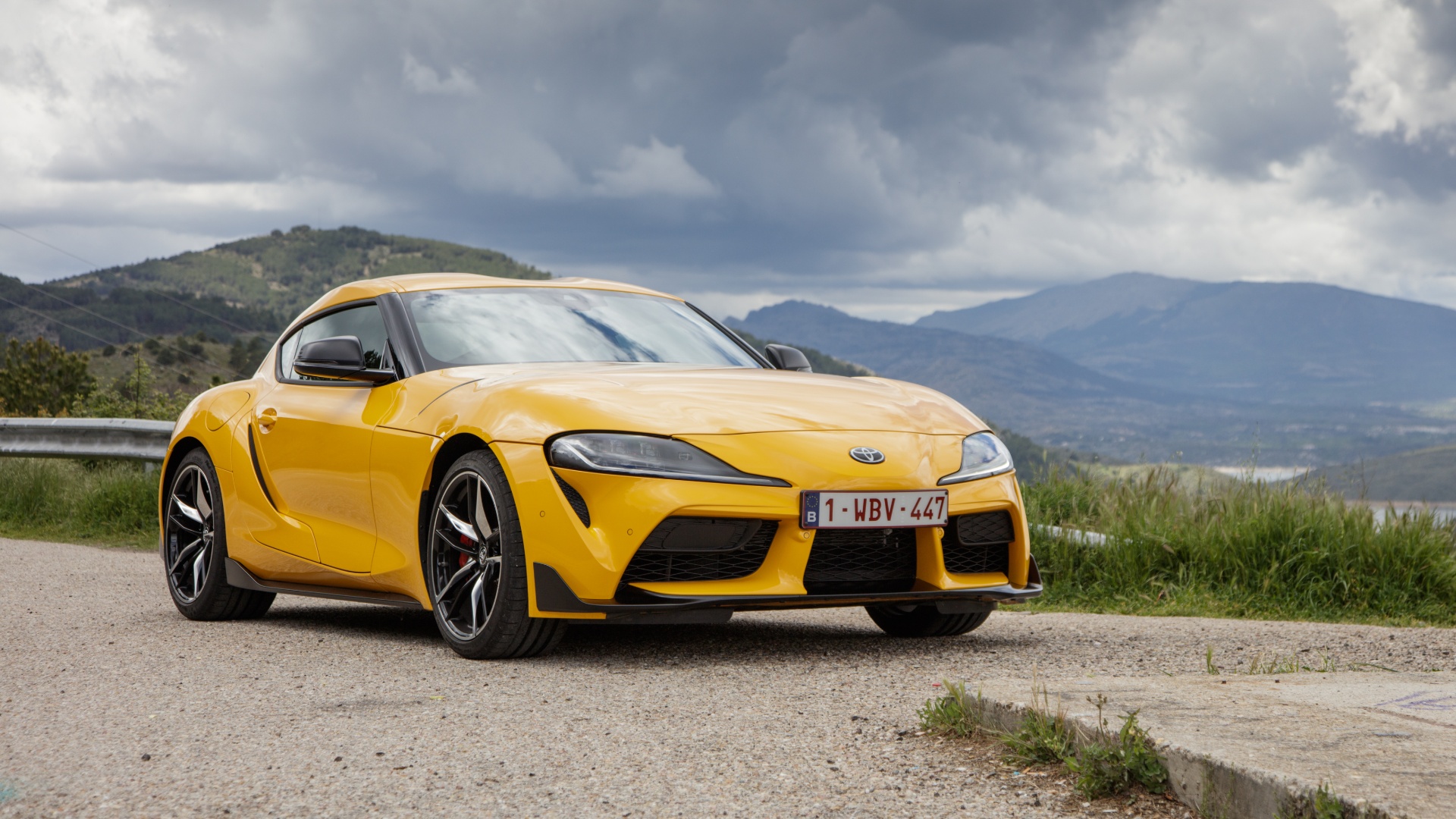 As Toyota’s in-house tuning department, Gazoo also has further plans for the Supra. A faster, harder Supra GRMN is allegedly under development, possibly using parts from the GT4 racer.

If you want a Supra, though, join the queue. The UK’s allocation of 300 cars for 2019 has already sold out, including 24 examples of the matte silver ‘A90’ launch edition. As if we hadn’t already waited long enough… 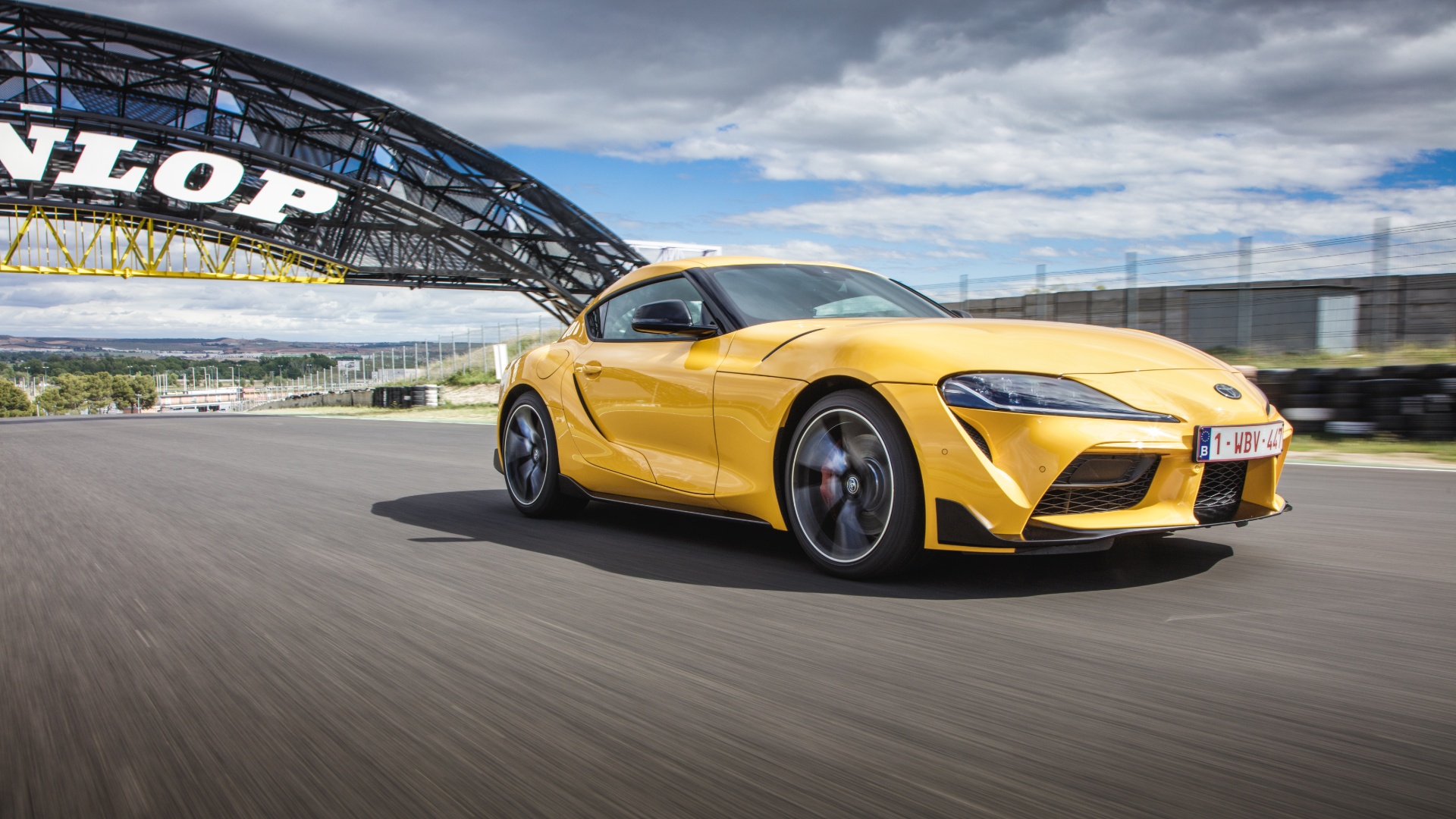 There have been mumblings in the media that the Supra is too ‘BMW’. I’m not convinced that matters. It feels closer to a well-sorted M car than a Z4 – and that alone shows the depth of Toyota’s input.

Even so, it isn’t quite the “Porsche-killer” Tada-San promised. The mid-engined Cayman is still a more polished dynamic package, but the Toyota counters with two extra cylinders and a vastly superior soundtrack. Then there’s the Alpine A110, arguably the best driving machine of the lot, albeit down on power and subjectively less substantial.

So, you pays your £50,000 and takes your choice. But really, there are no wrong decisions here.