Driving a Morgan Plus Four demands a certain level of commitment. But on the right road, it rewards with good old-fashioned fun. 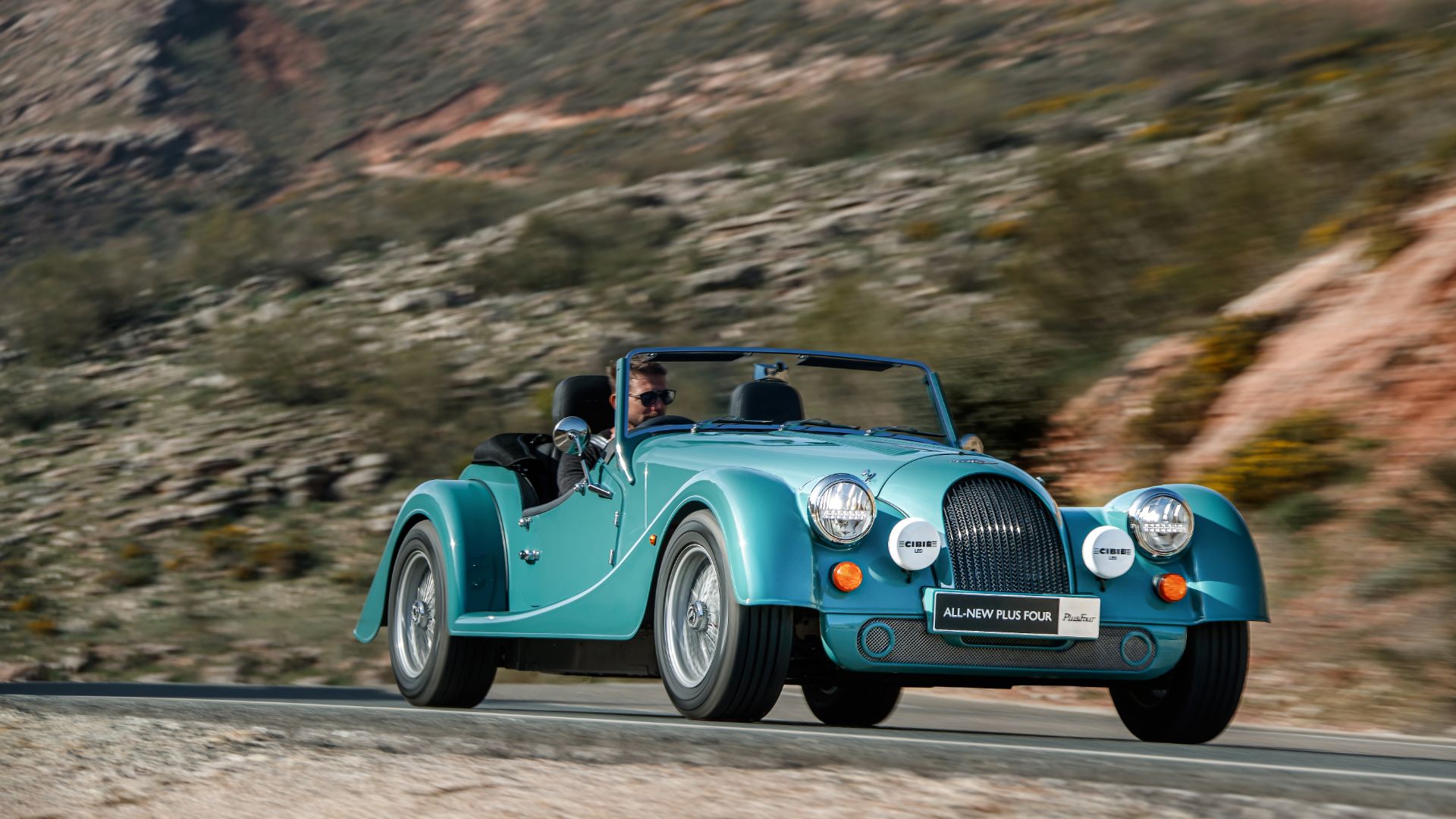 This is a story of two halves. One is dark, damp and difficult, the other bright, bracing and brilliant. Living with a Morgan, even for a week, tends to precipitate such contrasts. Because this is a car of two halves, too.

My neighbour inadvertently sums it up as we watch the Plus Four being decanted from a delivery truck. “How old is it?” he asks. “Brand new,” I reply. He looks confused, then proceeds to fire off endless questions: “A BMW motor, you say? But a wooden frame underneath? Are those LED headlights? Still built in Britain – that’s good”.

In 10 years of sharing a party wall, it’s probably the longest conversation we’ve had. Inevitably, I end up promising him a passenger ride.

In case you weren’t in earshot, here’s a brief recap. The Plus Four is Morgan’s entry-level sports car, powered by a 259hp four-cylinder engine. It looks near-identical to the outgoing Plus 4 (previously written as a numeral, note), but 97 percent of components are new.

Its lightweight aluminium chassis supports a traditional ash frame. Suspension is by double wishbones all round, replacing antiquated sliding pillars at the front. And yes, it’s still built by hand in Malvern, Worcestershire, as Morgans have always been. 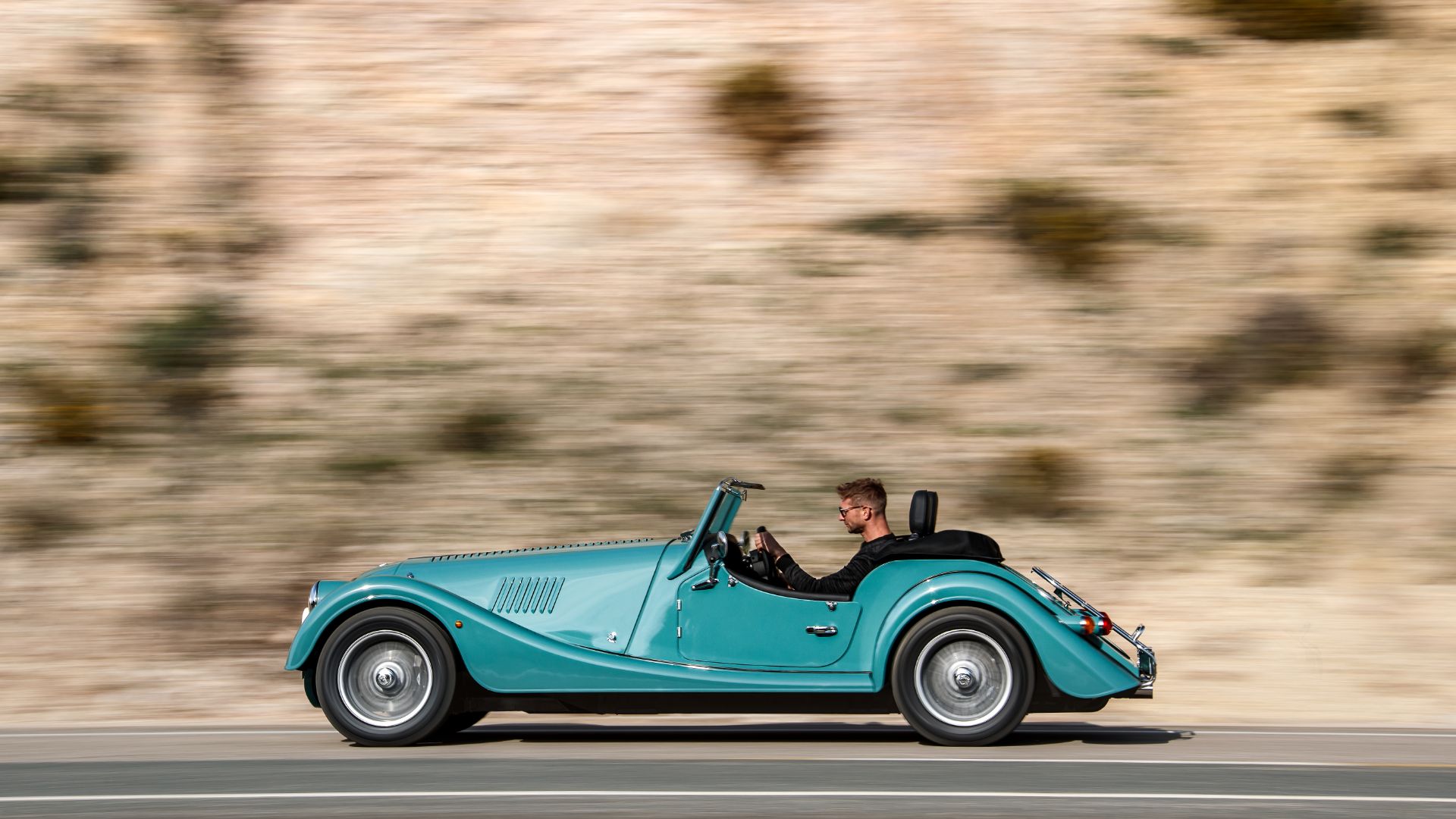 I should also explain, still more briefly, how the Plus Four compares to the pricier Morgan Plus Six. As per its name, the latter uses a 340hp six-cylinder engine, also borrowed from BMW and shared with the Toyota Supra. But while Plus Six buyers are limited to an eight-speed auto, the Plus Four is offered with a six-speed manual gearbox.

My Plus Four has the manual ’box and looks fantastic in British Racing Green on optional 15-inch wire wheels. Aside from ‘20’ number plates, there’s little to suggest it wasn’t built in the 1950s. Inside, the low-set seat feels snug and the view along the long, louvred bonnet is irresistibly romantic.

The only signs of modernity are a small digital speedo (handy, given the analogue dial is located in front of the passenger) and a Sport Plus button to sharpen throttle response.

The driving experience is equally old-school – for better and worse. My first journey (the stressful one) takes place on a wet Wednesday evening: a schlep around the M25 to collect a tool box bought on eBay.

The three tiny wipers manfully sweep rain from the windscreen and inbuilt heating elements prevent it from misting up. But all-round visibility, via the tiny mirrors and plastic side windows, is pretty woeful. The fabric hood and flimsy side-screen doors also provide scant insulation from the blustering wind and roaring tyres.

Having collected my eBay ‘win’, another issue with the Plus Four becomes apparent. There is no boot whatsoever, just a space to stash an overnight bag behind the seats. I settle for the passenger footwell and set off home, promptly joining a three-mile tailback near the Dartford Bridge. At this point, I start to rue the lack of a radio…

Dawn raid in the Morgan Plus Four.

The Plus Four then sits outside my house for a couple of days until the weekend (I spy my neighbour taking photos). Saturday dawns fresh and mild, so I un-pop the roof for a foray into deepest Kent.

My family have made their way to a campsite – helpfully taking the tent and luggage in our VW Golf – and I simply need to drive there and meet them. Via the scenic route, of course. 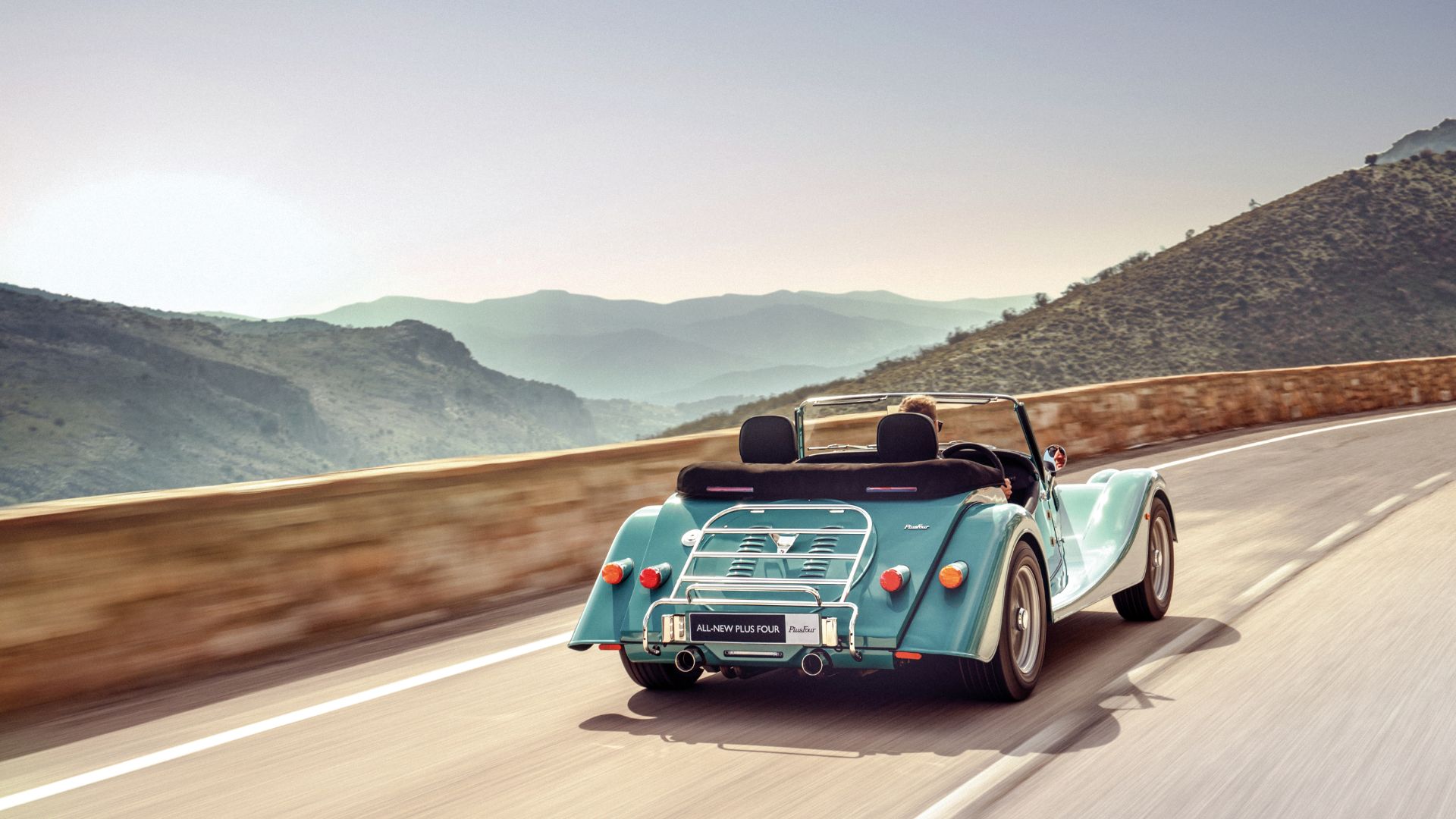 Hustling along hedge-lined lanes, with the breeze skimming my elbows and a crackling backbeat from the exhaust, the Plus Four suddenly makes sense. Its meaty steering and snappy gearshift are pleasingly tactile, while a kerb weight of just 1,013kg means lively acceleration (0-62mph in 5.2sec, or 4.8sec with the auto gearbox). A lack of electronic aids (aside from ABS) also keeps you on your toes.

Granted, it isn’t as accomplished as a Porsche Cayman or Lotus Elise, but that won’t matter to many. It’s good old-fashioned fun.

I arrive at the campsite to a hero’s welcome. Children run over, asking for selfies with the Morgan. Even my kids, underwhelmed by Ferraris or Lamborghinis, seem enthused.

No doubt, the Plus Four is a feelgood car – both for its driver and everyone else. Its faults matter less in the real world, where owners will simply use their family car for collecting tool boxes or carrying tents, saving the Morgan for carefree country drives. It’s the perfect ice-breaker for meeting your neighbours, too.