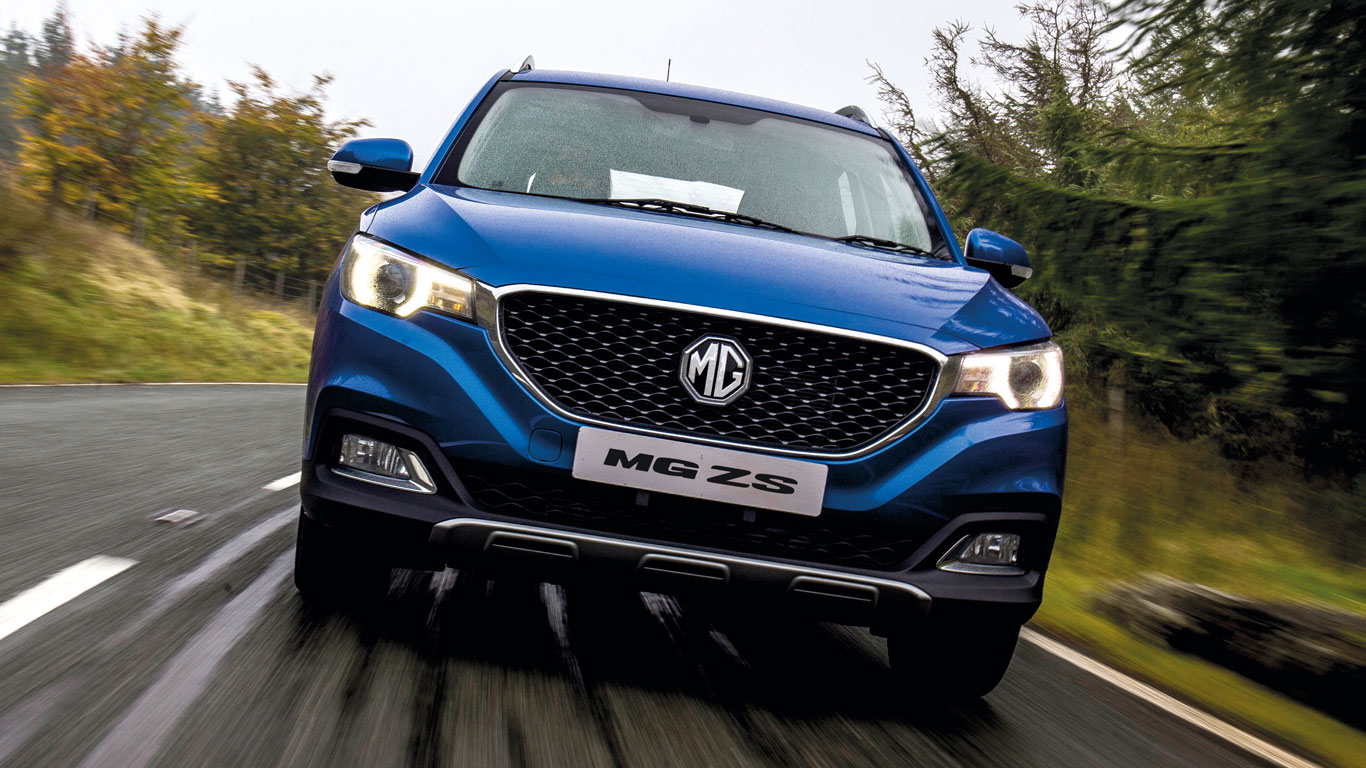 MG hasn’t got off to a blazing start since it was acquired by Chinese owners, SAIC, in 2006. Its first car, the MG 6, was a disaster from the start, competing in a crowded (and shrinking) segment with a poor interior, disappointing engines and bland styling.

The MG 3 supermini was an improvement, offering enjoyable handling and lots of customisation options for a low price, yet failing on quality control and its outdated engine. Last year’s Qashqai-rivalling GS, while falling short of the Nissan in a number of areas, offered good value for money and signalled the end for the MG 6.

The firm says its latest car, the Juke-rivalling ZS crossover, signals a ‘new era’ for MG, pushing it towards 10,000 sales next year and cementing its reputation as a no-nonsense, good-value car manufacturer. With it, it’s launched a seven-year, 80,000 mile warranty, along with tempting zero percent finance deals. Combined with a £12,495 start price – £2,385 less than the cheapest Nissan Juke – is it time to take MG seriously? 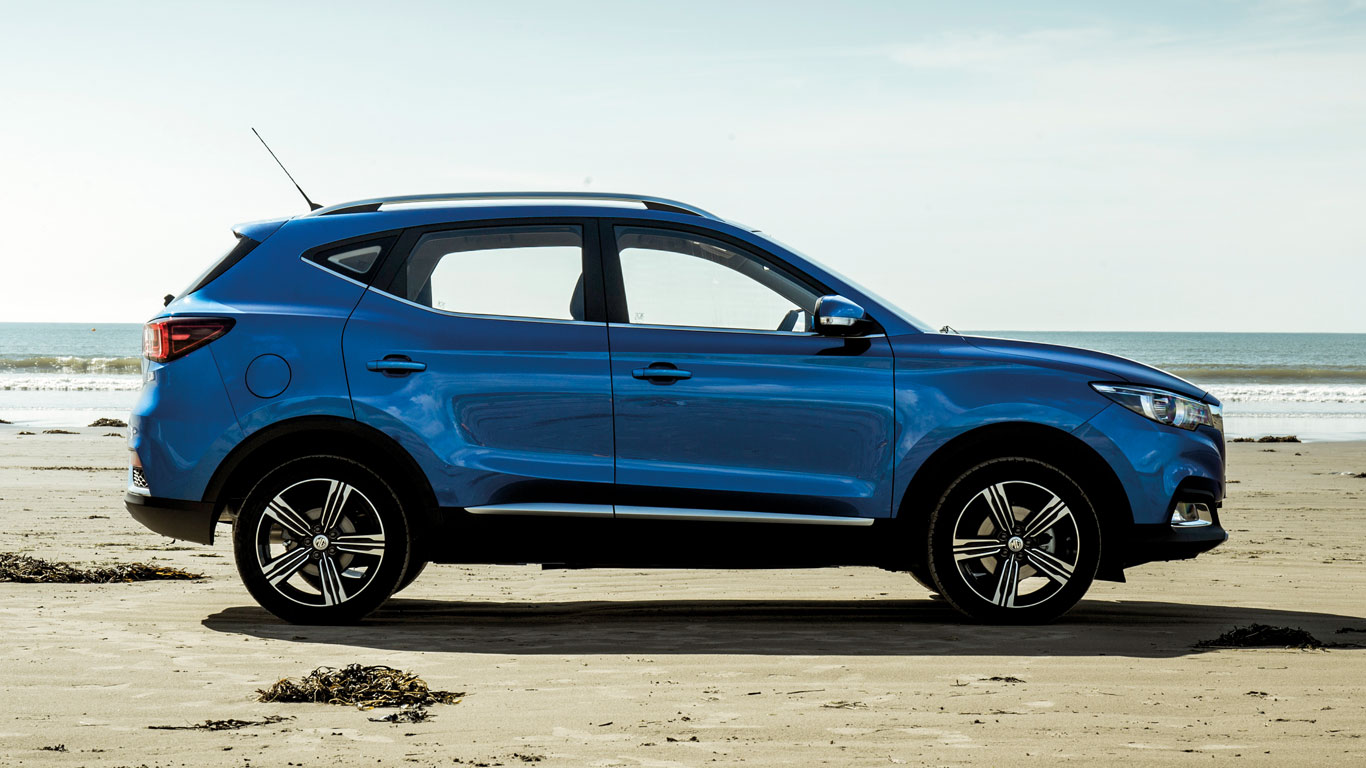 First impressions? This doesn’t really look like an MG. Scratch that, this really doesn’t look like an MG. It looks like a cheap, Chinese knock-off of a Seat Arona or Mazda CX-3. Maybe that’s a little harsh, as it’s not exactly unpleasant (and unlikely to polarise opinion in the same way the Juke does). But it is bland.

It’s also big. At 4,314mm long, it’s closer to the Qashqai in size than the Juke. Fortunately, few buyers are expected to opt for the entry-level Explore with its teeny-tiny 15-inch steel wheels, as the car’s design is much more suited to the 17-inch alloys of the mid-range Excite and top-spec Exclusive.

Buyers get a choice of six colours – including bright Spiced Orange and Laser Blue metallic (both £545 options) and tri-coat Dynamic Red (£695), a welcome change in a world of monotone black, silver and grey cars. 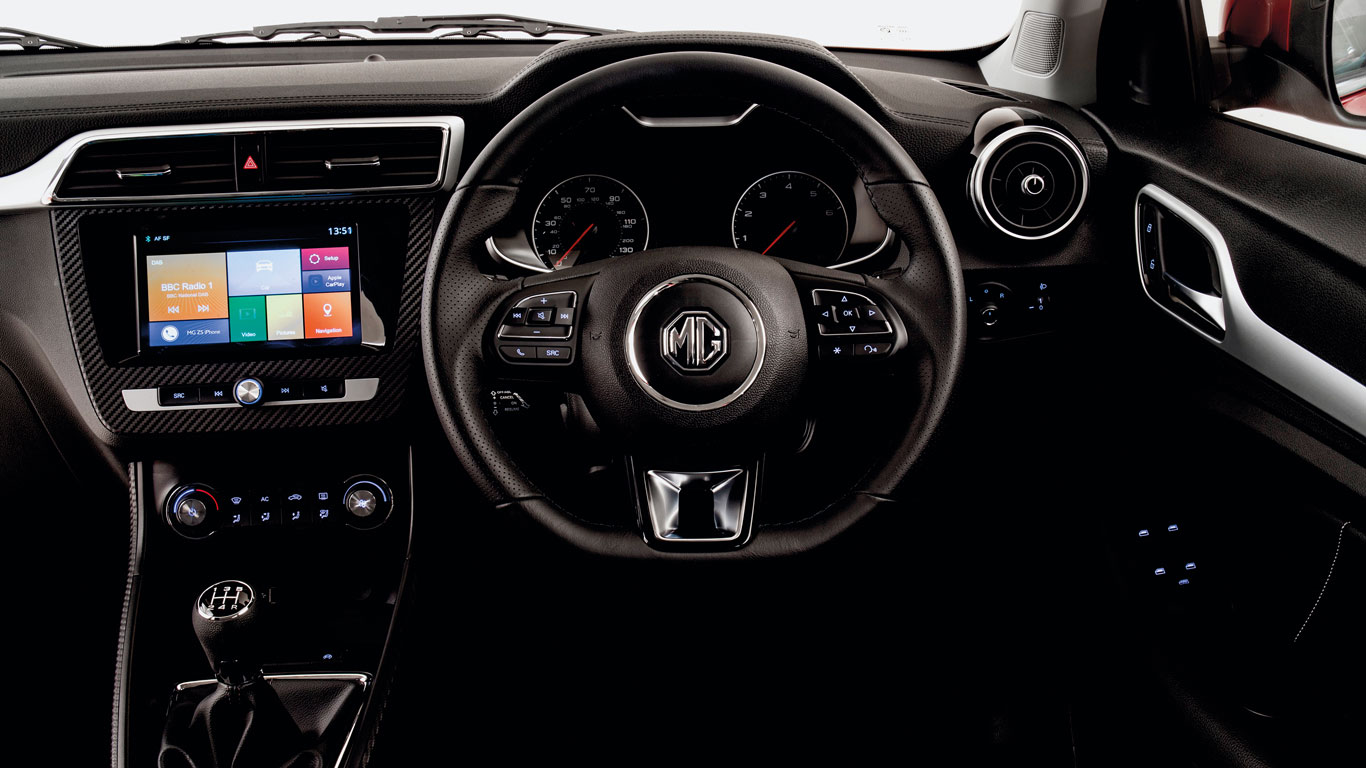 If you’re sitting on the fence after a glance at the ZS’s bland exterior, the interior might buoy spirits to an extent. MG admits that its earlier cars used too many brittle plastics, and says it’s introduced soft-touch materials in a bid to make the ZS feel more premium (without the premium price tag). While we’d stop short of using the word ‘premium’ ourselves, it’s not offensive inside, especially for the money.

It’s well-specced, too, with an eight-inch infotainment screen standard on Excite and Exclusive models, while even the entry-level Explore gets Bluetooth connectivity and cruise control. The infotainment system, which includes DAB radio, Apple CarPlay (interestingly, Android Auto is absent) and, on the Exclusive, satellite navigation, is intuitive to use and quick to respond.

The relatively chunky dimensions of the ZS translate to a good amount of interior space, too. WIth its boot capable of carrying 448 litres, it’s much bigger than a Juke’s – and even bigger than a Qashqai’s. Head and legroom for rear passengers is plentiful, too – we’d much rather travel in the back of a ZS for any considerable distance than the more expensive Juke.

Up front, it’s easy to get comfortable, despite the absence of reach adjustment for the steering wheel. Our drive of the ZS was fairly brief, however, meaning we couldn’t say for sure how comfortable the seats will be for longer journeys. 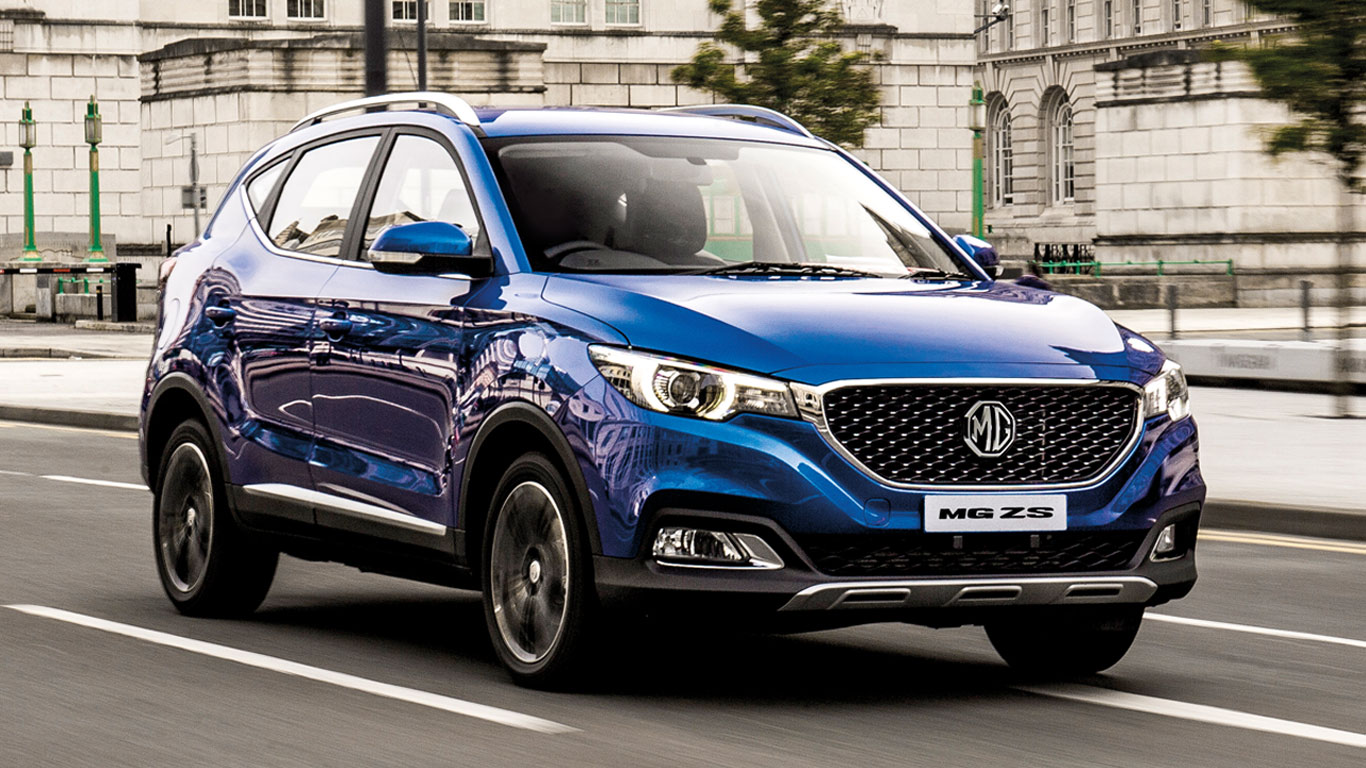 There are two powertrain options with the ZS: the old 1.5-litre four-cylinder petrol as used in the MG 3 and GS, and a new 1.0-litre three-cylinder turbocharged petrol co-developed with General Motors. Which one you choose might depend on what kind of gearbox you want: the 1.5-litre is only available with a five-speed manual, while the 1.0-litre comes with a six-speed dual-clutch auto.

In truth, the 1.5-litre felt ancient when we first tried it in the MG 3 supermini, and it hasn’t got any better with age. It’s noisy and asthmatic, while not being particularly efficient either. In the ZS, it returns a combined 49.6mpg and emits 129g/km CO2 – figures we’re sure will flex considerably if you try to eke any degree of performance from this old-fashioned powertrain. As rivals bring out ever more impressive downsized turbocharged units, driving the 1.5-litre ZS really feels like going back in time.

It’s a good job there’s the option of the 1.0-litre triple then, isn’t it? With 111hp it’s adequate around town, but runs out of breath on open roads. It’s not helped by the auto ’box, either, which is clumsy and spends too long jumping between gears. We suspect the 1.0-litre combined with a manual gearbox could be a sweet spot in the ZS range, but that’s not an option.

While both engines are fairly vocal, there’s also quite a lot of wind and road noise at motorway speeds. MG says the suspension has been tuned for UK roads but, despite being on the floaty side, it doesn’t take much to unsettle it. Body roll is evident, while drivers can choose between three selectable steering modes. It’s best left in ‘normal’: in which case, it’s perfectly adequate if not brimming with feedback. Switch to ‘urban’ and things become artificially light, while in ‘dynamic’ things are – you guessed it – artificially heavy. 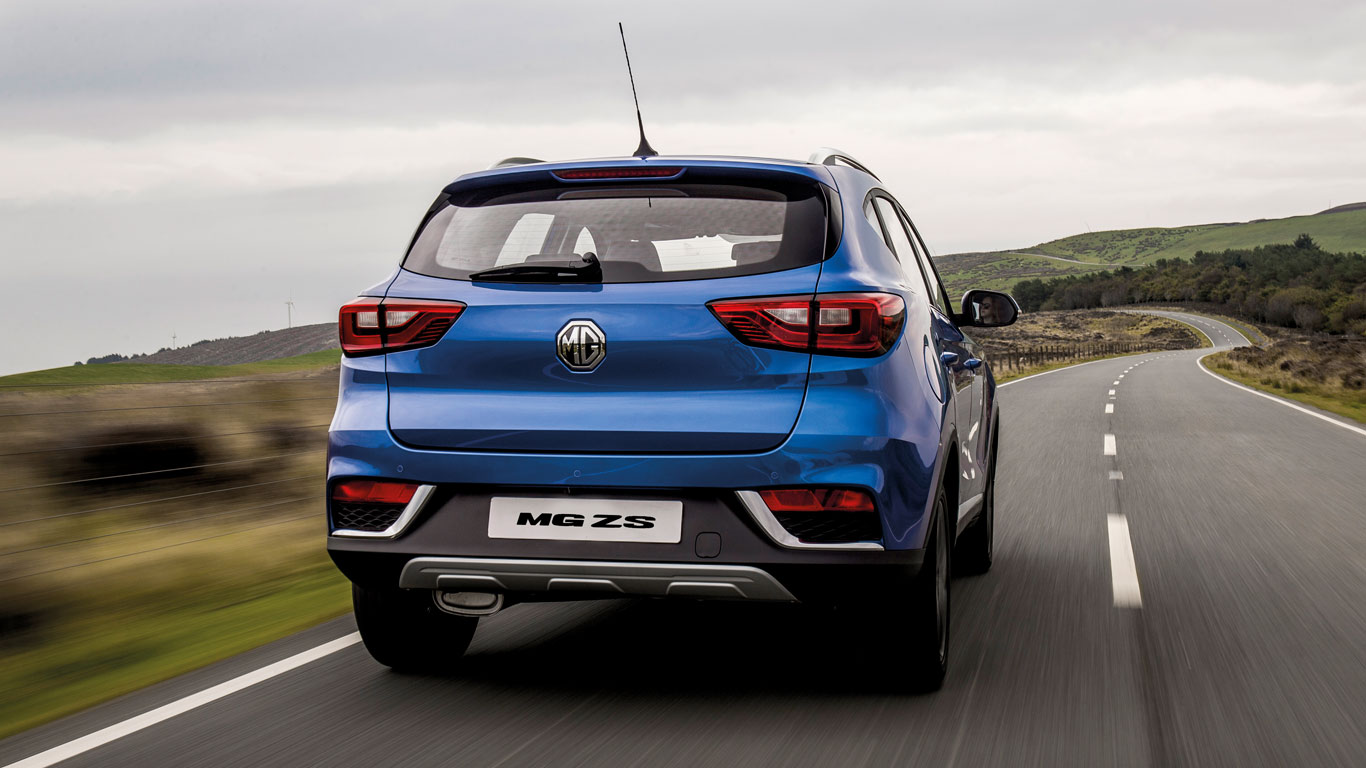 Photocopier styling aside, our first impressions of the new MG ZS were fairly positive. The interior is fine for the money, if no more, and it’s bigger – and therefore roomier – than rivals such as the Nissan Juke and Renault Captur.

It’s a shame, then, that things start to fall apart when you drive the ZS. Neither powertrain options are particularly convincing, while it fails to be enjoyable or particularly pleasant to cruise around in.

Experience of other MG models would also make us concerned about the lastability of the ZS. It doesn’t feel particularly well put-together (our test cars already had a few creaks and squeaks), and we wouldn’t be surprised to see issues a few years down the line. You get what you pay for, after all – but MG is offering that seven-year warranty, which should put some of those fears to rest.

The MG ZS is certainly cheap, and we can see why it’d appeal if you’re comparing list prices like-for-like. But, going by the existing performance of other MG models, the ZS is likely to struggle to retain its value a few years down the line. That means you’ll lose more cash if buying outright compared to spending more on a pricier rival from a mainstream manufacturer, while finance payments will be higher to reflect this.