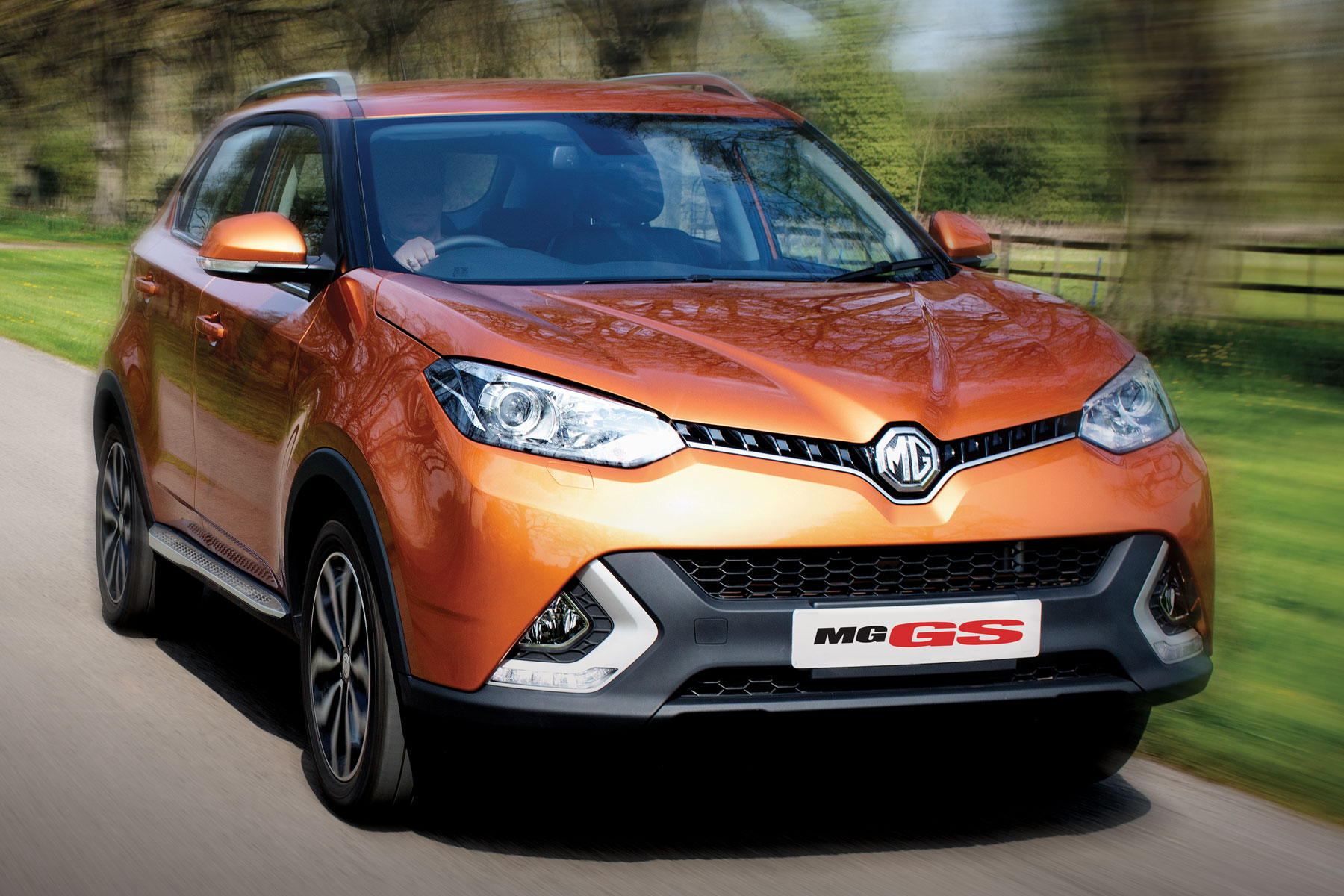 ‘Can an MG be an SUV?’. It’s almost like Matthew Cheyne, MG’s sales and marketing chief, was reading our lips. But at a time when upmarket Brit brands such as Bentley and Jaguar are selling SUVs, and most mainstream manufacturers have had a crossover in their line-up for years, the question is more like ‘why has it taken MG this long?’.

The firm is being realistic about its sales expectations. But how is it going to grow? Much to the anger of enthusiasts, it needs its own Nissan Qashqai. And that’s where the MG GS comes in. 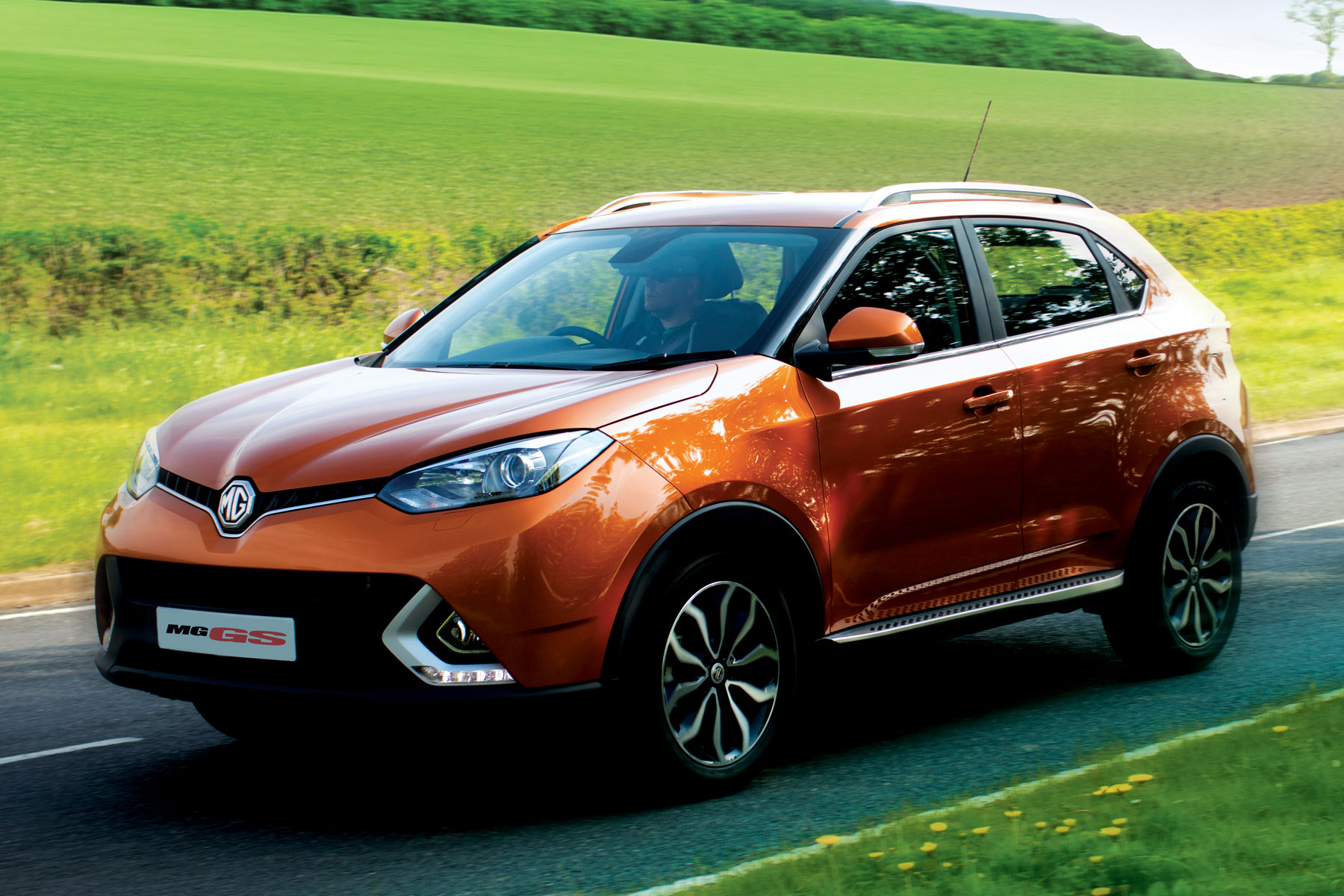 As Cheyne pointed out in the press conference ahead of our drive, MG founder Cecil Kimber described his cars as affordable and fun to drive – but, crucially, didn’t mention anything about them being two-seat sports cars. So if you’re reading this review ready to light up the comments about how the GS ‘isn’t a real MG’, that’s how the firm’s justifying it in terms of its heritage.

It’s not enthusiasts that the brand needs to chase, however – not if it’s going to sell in serious numbers. It’s Qashqai man on a budget. Qashman, if you will (OK, let’s not).

If Qashqai man feels strongly about buying a British car, he should head to his Nissan dealer. Ironically, the Qashqai is built at the firm’s plant in Sunderland, while the MG GS is produced entirely in China. Previously, MG has tried to sell itself as British by bringing in the 3 and 6 as knocked-down kits and putting them together at the old MG Rover factory at Longbridge, Birmingham.

That pretence has been dropped with the MG GS. Although designed in the UK in cooperation with China, and developed for European roads, the MG is made entirely in China. Haters gonna hate. But is that such a bad thing?

You can’t get a diesel 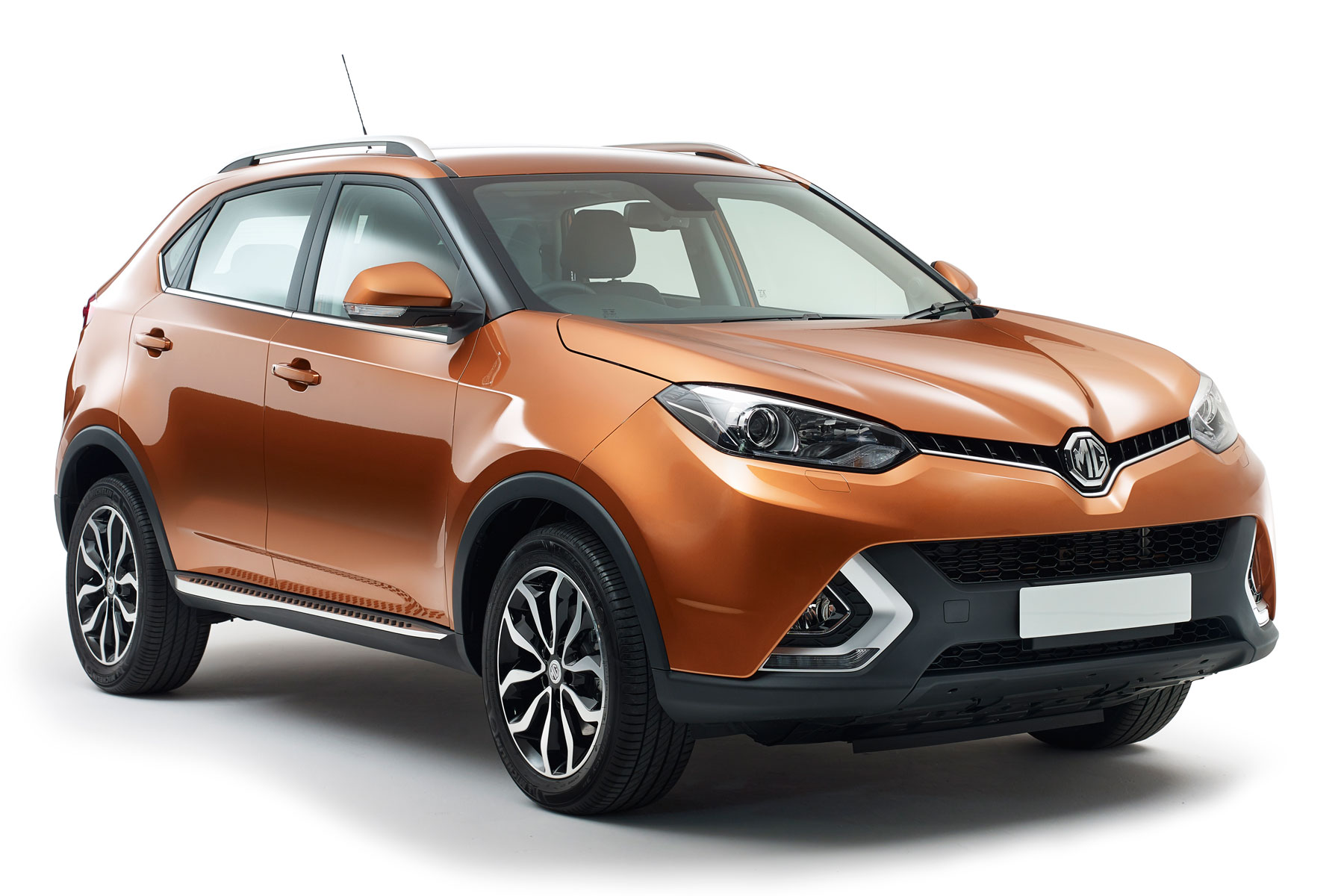 Straight-talking Cheyne is open about the GS’s approach: it needs to be cheap. There’s no talk of premium aspirations here (refreshingly) – it needs to offer more for less. One way they’ve tried to achieve that is by keeping the options to the bare minimum.

There are three trim levels: entry-level Explore, mid-range Excite and range-topping Exclusive. All come with the same engine, a 1.5-litre turbocharged petrol unit, and all are front-wheel drive. By limiting powertrain choices, MG says it’s making savings that it can pass onto the buyer. Why spend money developing a suitable diesel engine when diesel’s popularity is in decline – and why offer four-wheel drive when very few crossover buyers need that?

It’s a strategy we’ve seen before with the MG6 and MG3. Interestingly, at launch you could only buy a 6 with a petrol engine. Some blamed poor sales on the lack of a diesel offering – so they eventually introduced one, and quietly dropped the petrol. They’ve reportedly this week given up on the MG6 entirely.

There are two gearboxes available: a six-speed manual or a seven-speed dual-clutch auto. On its launch in Oxfordshire, we only drove the GS with the automatic gearbox. It’s not the premium experience we’d expect from a top-spec SUV, even if it is only £20,995. The gearbox is jerky and easily flustered.

The engine, however, is a bit more likeable. Once the gearbox untangles itself, it’s happy to make progress, although an uncomfortable amount of engine noise makes its way into the cabin. There’s also a degree of vibration passing through the throttle pedal, while the steering is lighter than we’d like and has a bit of a dead-spot around the straight ahead.

Ride is OK – but no more, especially on the 18-inch alloys of our test car. On broken rural roads, it gets flustered easily, struggling to smooth out imperfections in the road surface. Things are better on the motorway. At 70mph, the GS cruises well and wind noise is adequately dampened.

It’s a bit cheap inside 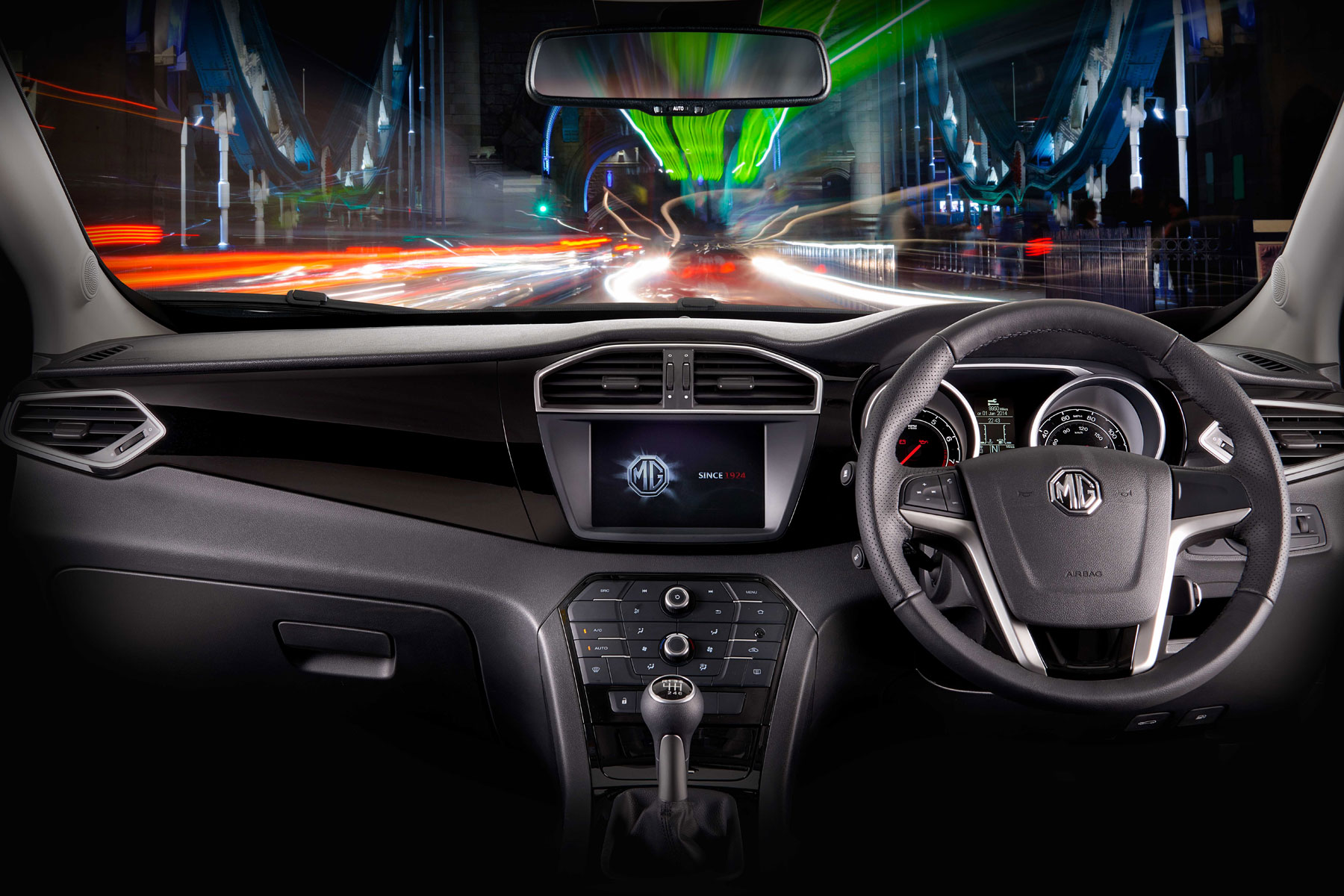 There are lots of hard plastics inside, as well as an overwhelming number of buttons. The dash looks very old fashioned – it wouldn’t have been out of place 10 years ago. The infotainment system feels like a cheap, own-brand iPad – but it functions fairly well, and is simple and intuitive to use. It’s a step in the right direction for MG.

It’s easy to get comfortable, with plenty of adjustment in the seat and steering wheel. People buy crossovers for their commanding driving position – and they’re not going to be disappointed here. Visibility is very good, meaning family buyers will feel safe driving the GS – and kids shouldn’t get car sick.

Space is good, too. The boot is bigger than a Qashqai, while rear legroom is brilliant – no doubt helped by the GS’s lengthy wheelbase. Those with longer legs might find the seating position in the rear slightly awkward, however. 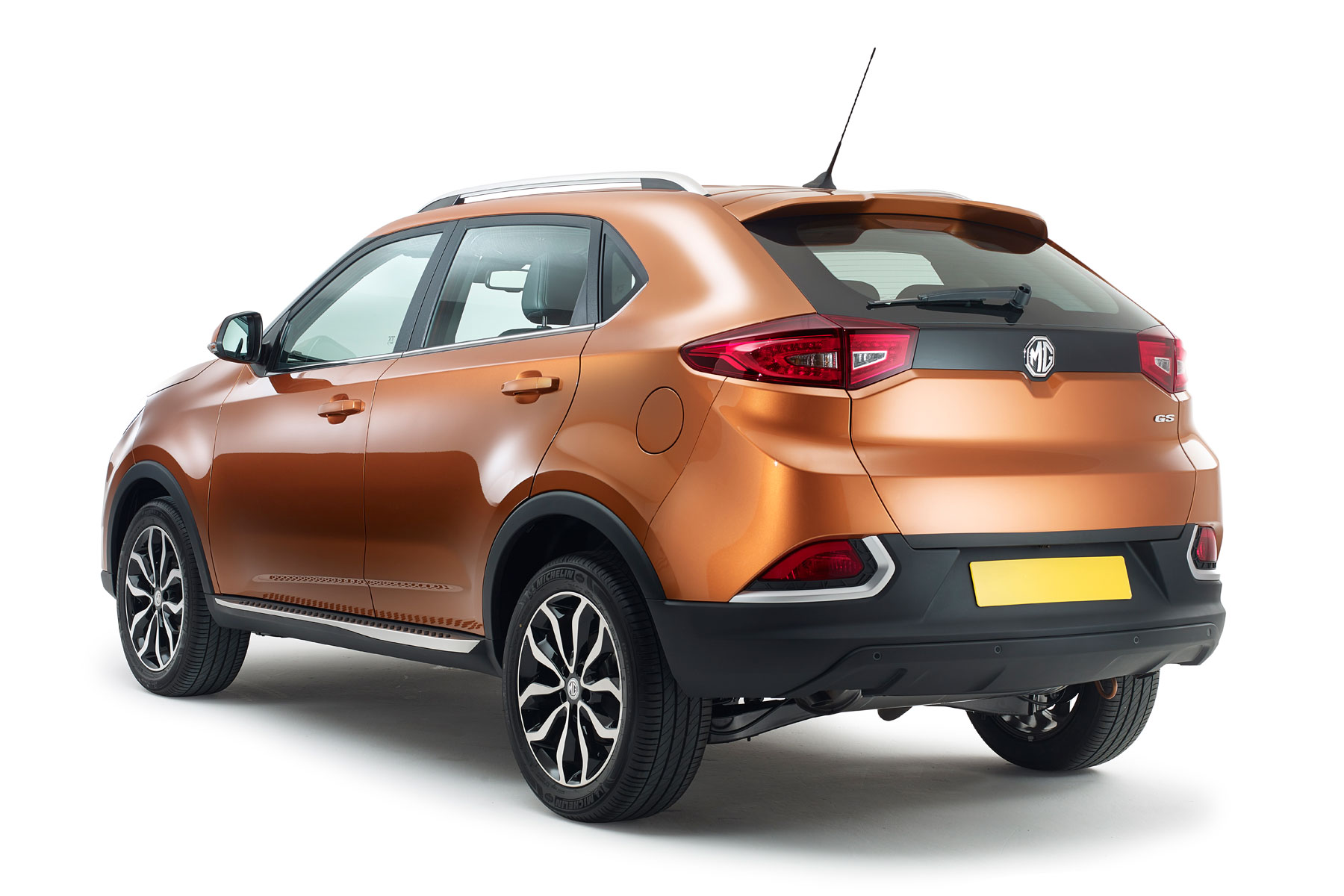 MG is a little late to the party with the GS. There are plenty of crossovers to choose from, and most are better. The engine is a bit unrefined and the interior is adequate at best.

It makes the most sense, we feel, in entry-level Explore trim. As a practical, family crossover for £15,000, it represents fair value for money – especially when you consider its five-year warranty. It’ll stand out in a car park of Nissan Qashqais, and also offers decent practicality. You might want to keep hold of it for a while, though – residual values will probably make it look less of a bargain if you sell after a few years.