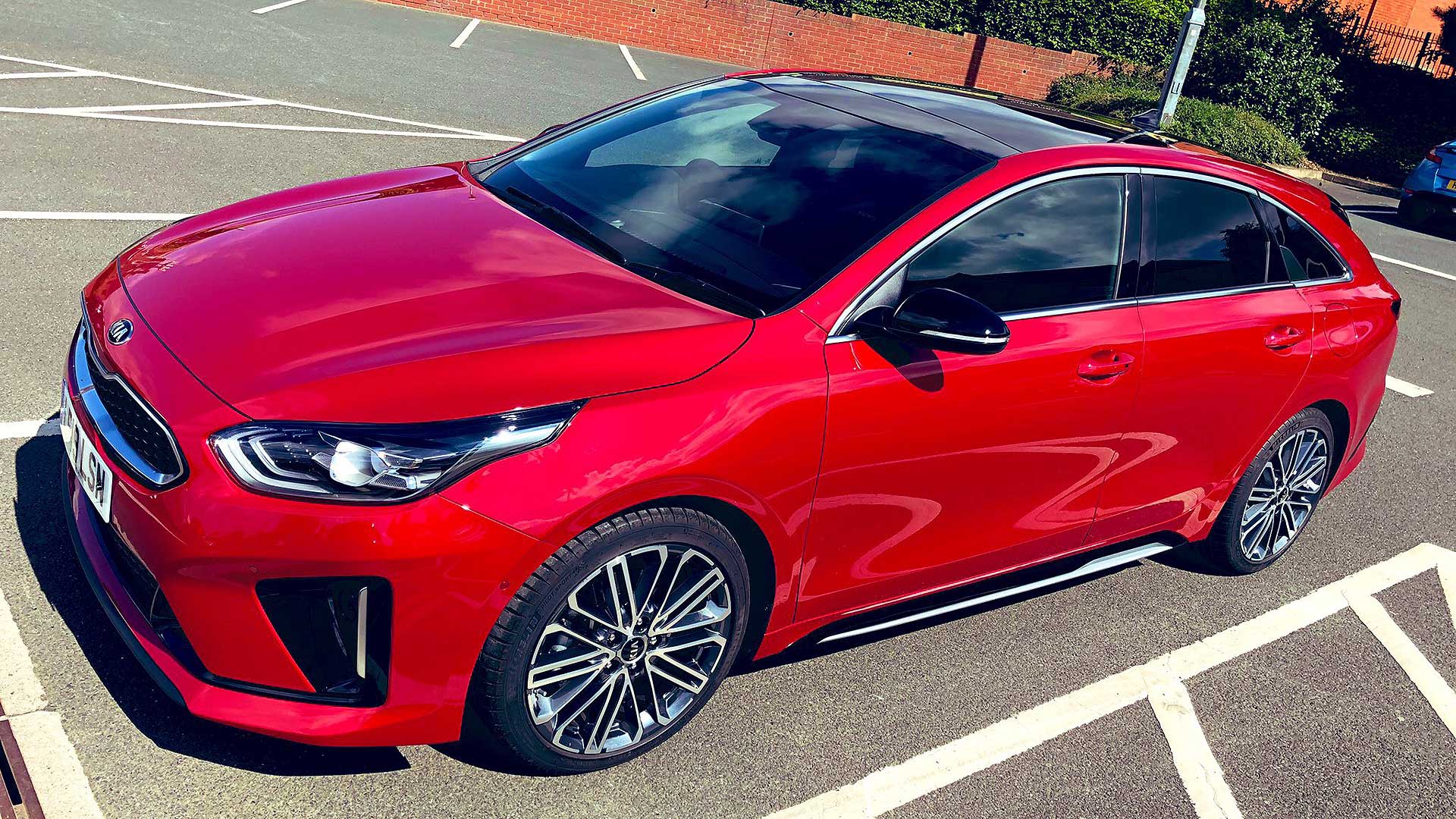 Kia makes some exciting-looking cars these days. Britain loves the Sportage SUV, a regular top-10 best-seller, and automotive enthusiasts love the Stinger GT coupe, a performance Audi alternative that is more head-turning than any A5 Sportback.

It’s not letting up in 2019 either: out goes the forgettable Pro_cee’d three-door hatch, and in comes the new Kia Proceed five-door. The name is officially far less ugly and the car itself has been transformed, too – into a shooting brake that vies with a Porsche Panamera Sport Turismo for double-take impact. 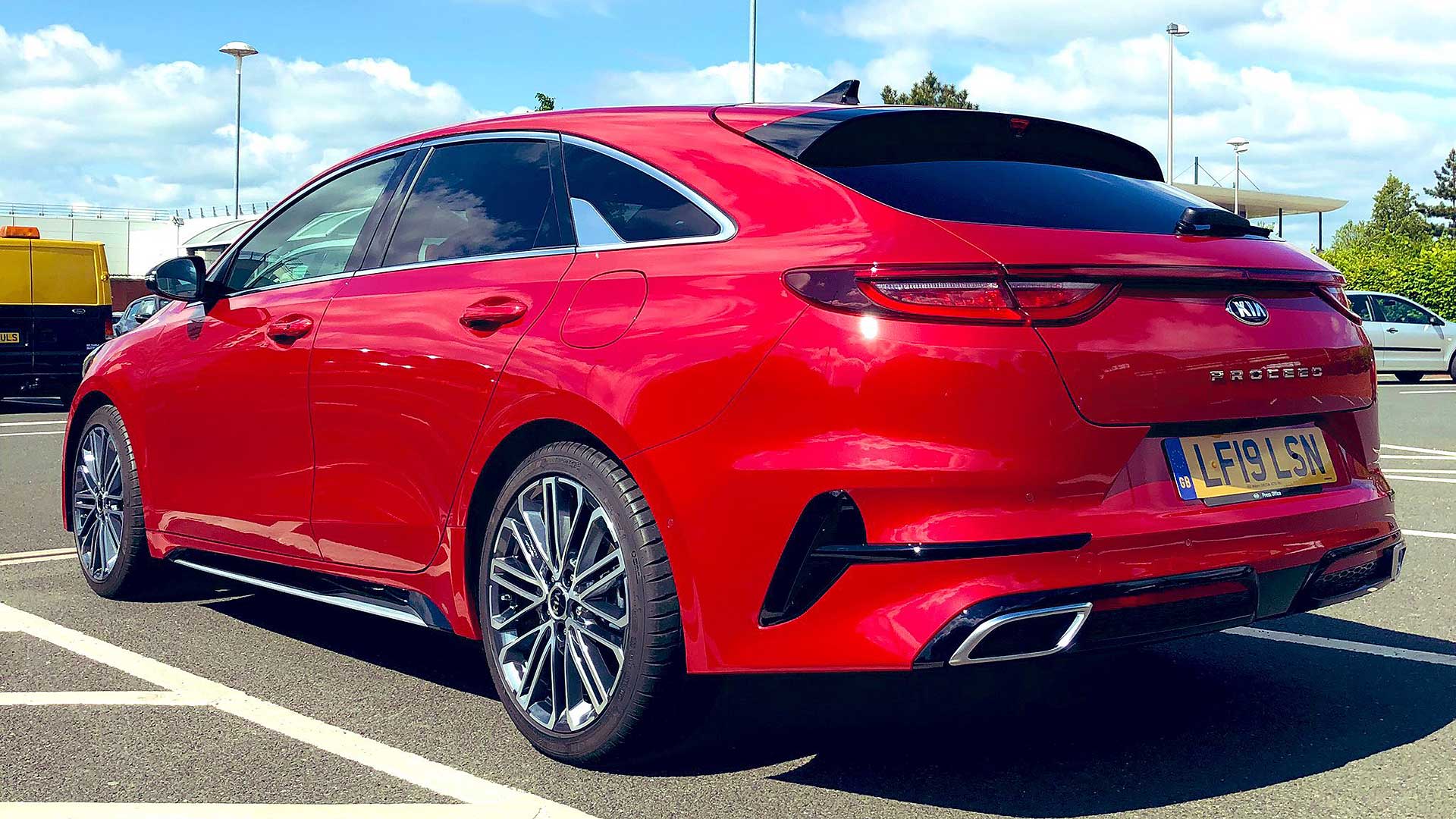 I attended the Proceed first drive launch back in January 2019 and spent 10 minutes in Barcelona Airport simply walking around and tweeting it. That’s how wowed I was by the styling, which is Kia’s way of breathing life into a sector of car the market has moved on from.

Blimey. What a properly swish and smart-looking car this is. pic.twitter.com/RrT4JGOnxa

Years ago, while five-door cars still took the lion’s share of sales, people did still buy three-door versions if they wanted a sportier look. Some car firms, such as Kia, made the three-door a more bespoke-lower-slung design, for added differentiation.

But these days, almost nobody wants a three-door. Ever-fewer can swallow the limitations in practicality and most hatch buyers who want something different go and buy an SUV. 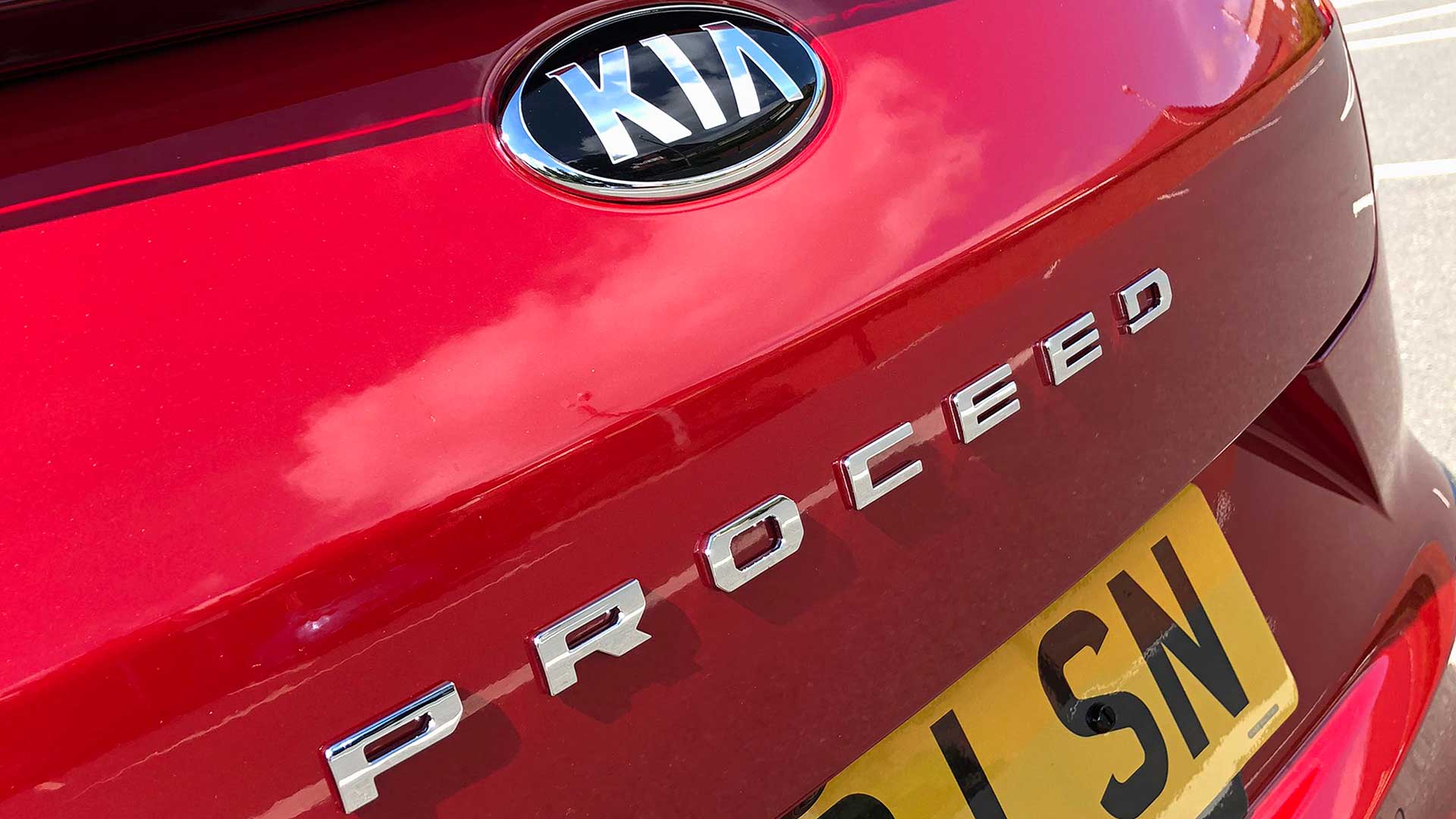 Kia’s answer is to make its Ceed alternative irresistibly good-looking, packed with premium car allure – and, importantly, no less practical and even more spacious than a regular hatch.

And now, after being wowed by it for two days in Spain, I’m now spending six months living with a Kia Proceed, to see if it’s more than just a pretty face. 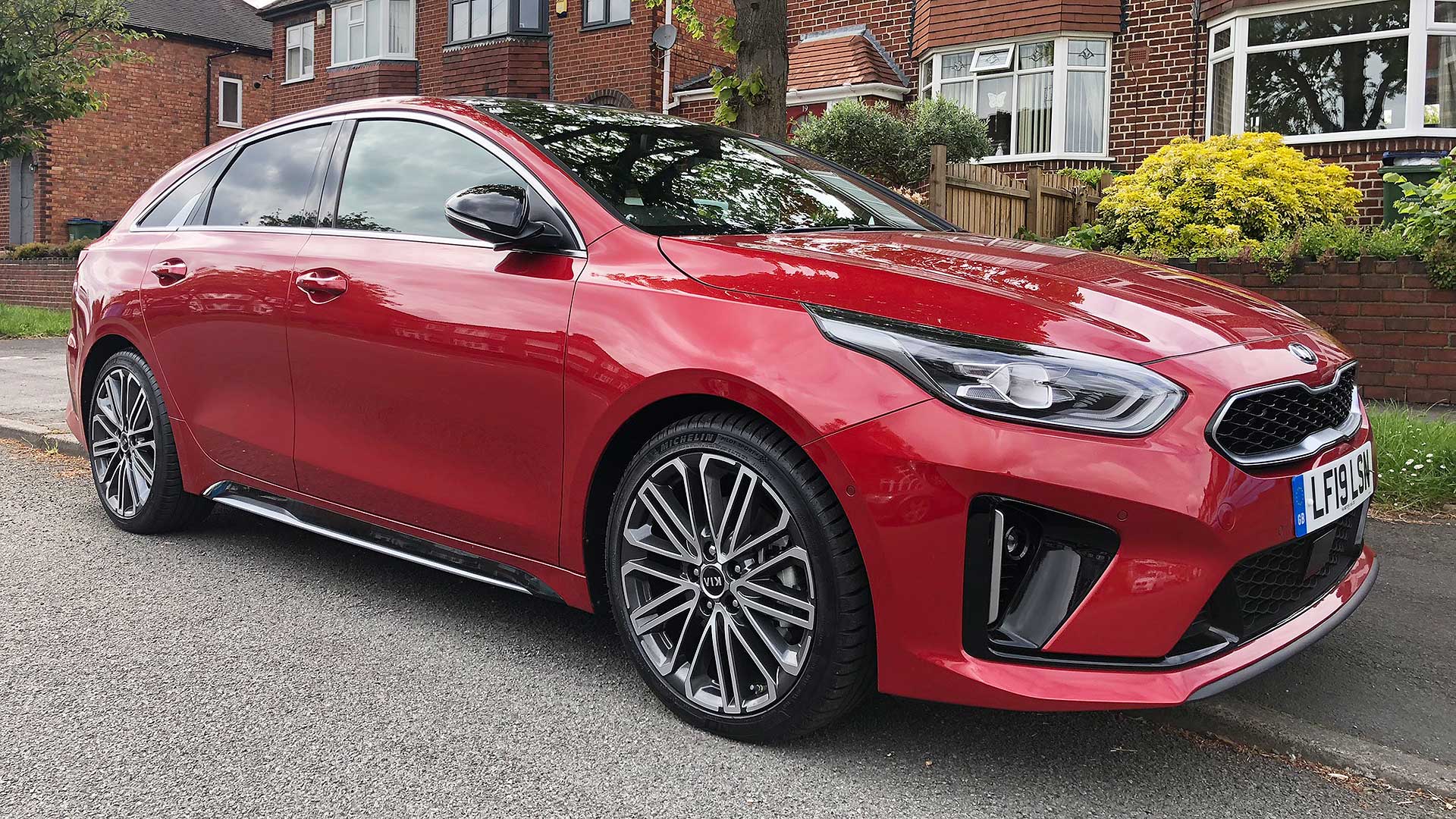 I’m a high-mileage driver, so am the sort of person to whom diesel still stacks up. However, I’m still going for petrol to see whether it can deliver the sort of economy diesel drivers demand – and thus, whether it’s a viable alternative. 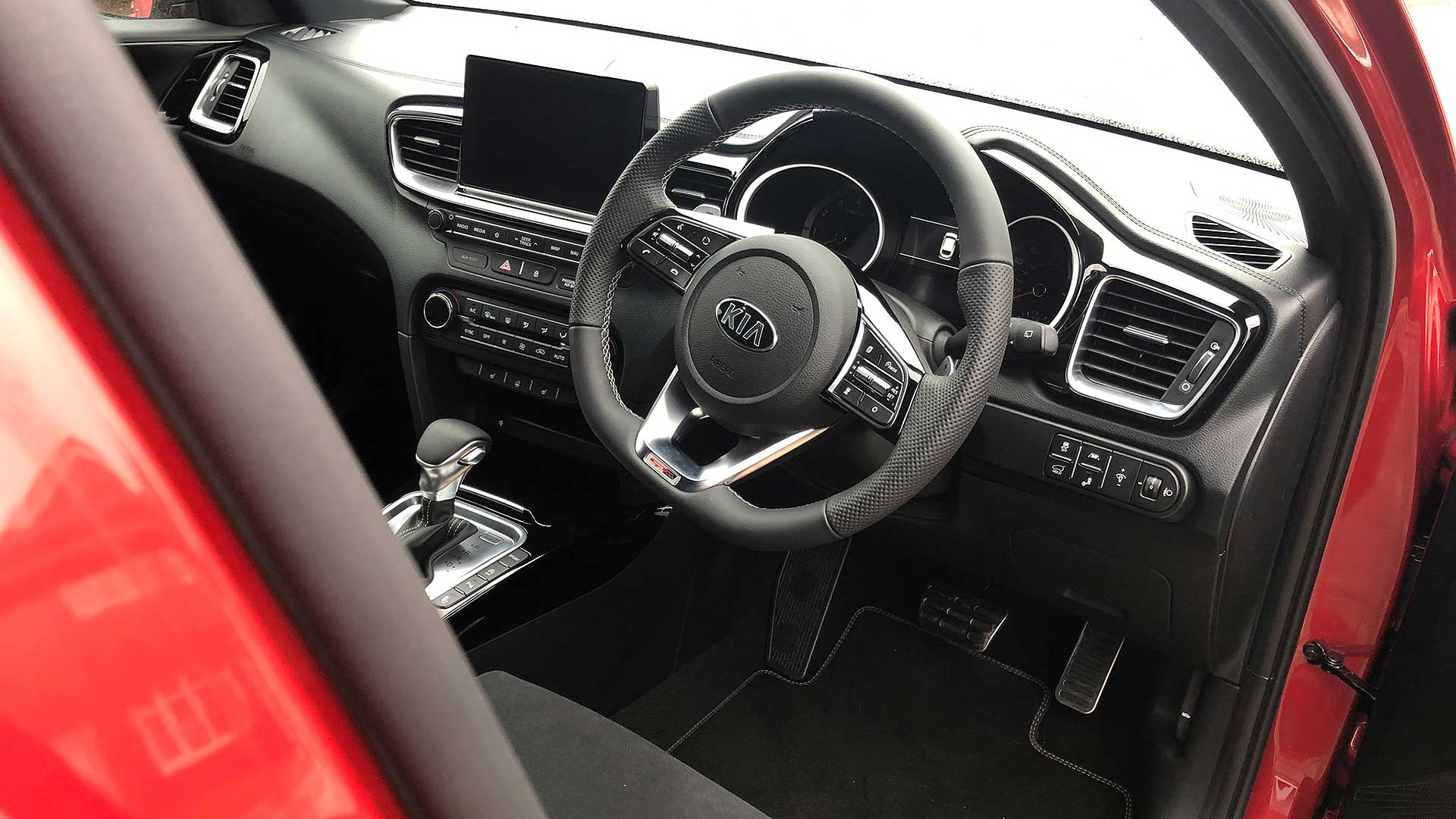 Can it really turn in high-40 mpg figures, or even regularly dip into the 50s? While also delivering smoother, quieter running, the benefit of cheaper prices at the filling station, and the up-front cash saving that helps lower monthly PCP prices? My wallet certainly hopes so.

As it’s such a good-looking car, it seemed rude not to make the most of it with fancy GT-Line S trim. This sits above core GT-Line spec and adds the key feature of 18-inch wheels, instead of the base 17-inch rims. They perfectly fill the arches and look superb, especially when enhanced by optional Infra Red metallic paint.

It wants for nothing, particularly as it has standard Apple CarPlay, so syncs seamlessly with my iPhone.

Coming straight from a Sportage, I’m already enjoying the lower seating position, lack of diesel clatter and rattle and sharper body control. Now to start piling on the miles and find out how the rest of it fares… Proceed with the test!