We've added a Kia Optima Sportswagon to the MR long-term fleet. Should you consider one for your next company car? We're finding out... 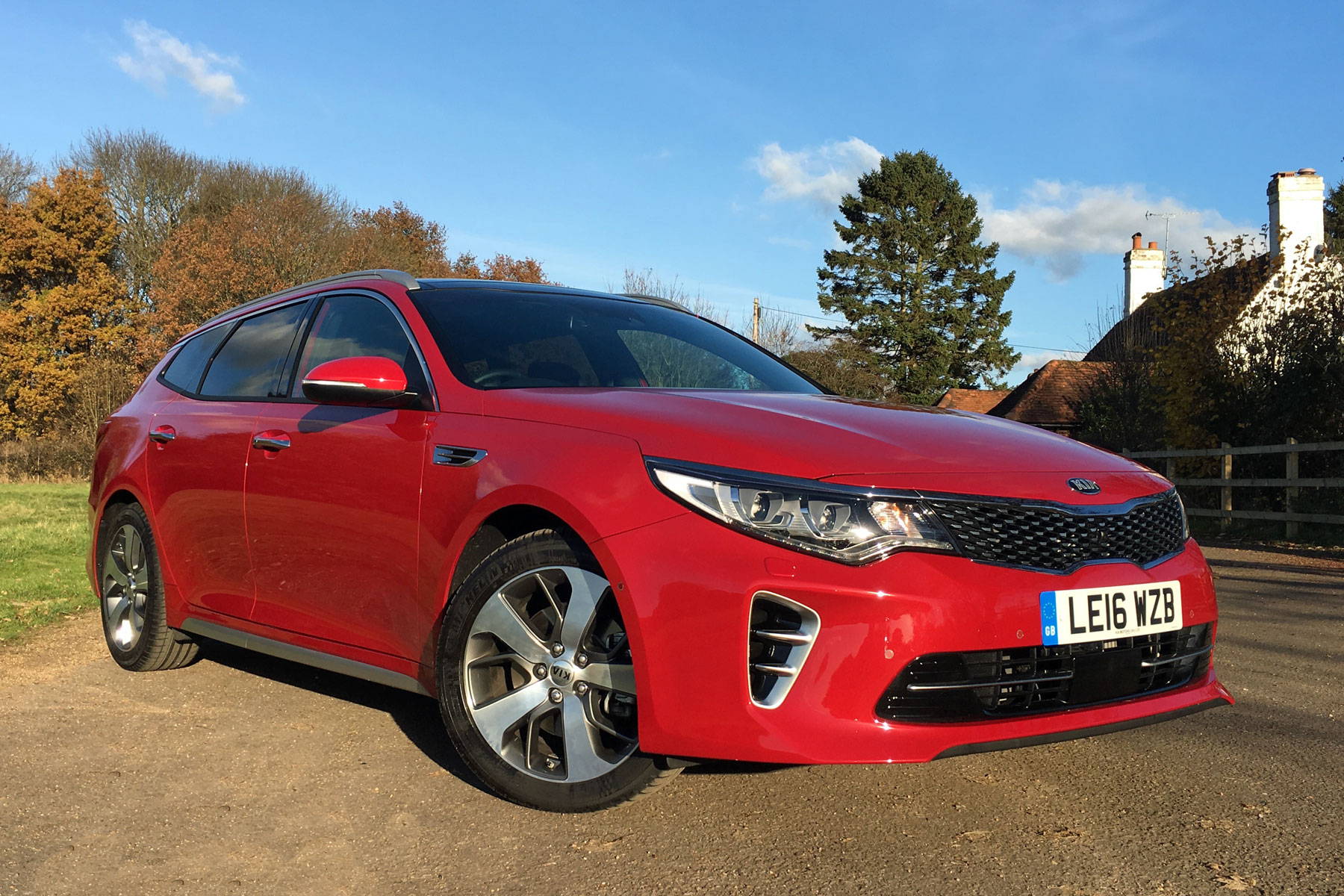 Wagons are cool, right? There’s a definite trend towards practicality among new car buyers in the UK. Just look at the success of crossovers, and we’re increasingly buying more estates than conventional D-segment saloons.

But, until now, Kia has never sold an estate version of its Mondeo-rivalling Optima. And that might go some way towards explaining why it’s never sold particularly well.

Having cashed in on its seven-year warranty and exceptional value for money, Kia (along with sister brand Hyundai) is gradually attempting a move upmarket. When it revealed its Sportspace concept, it was clear change was on the horizon.

Not only was the Optima-previewing concept absolutely drop-dead gorgeous (something the Optima has never previously been), it was also shooting brake in shape.

When Kia revealed the new Optima at Geneva 2016, it was no surprise, then, to see an estate (or ‘Sportswagon’ in Kia terminology – SW for short) in the line-up. In fact, the firm says it expects around three quarters of all Optimas sold in the UK will be the wagon.

The new Optima SW certainly looks the part, but should you buy one over a rival such as the Ford Mondeo or Skoda Superb? We’re spending six months putting it to the test.

Report 2: everything we rate (and hate) about life with the Kia Optima SW 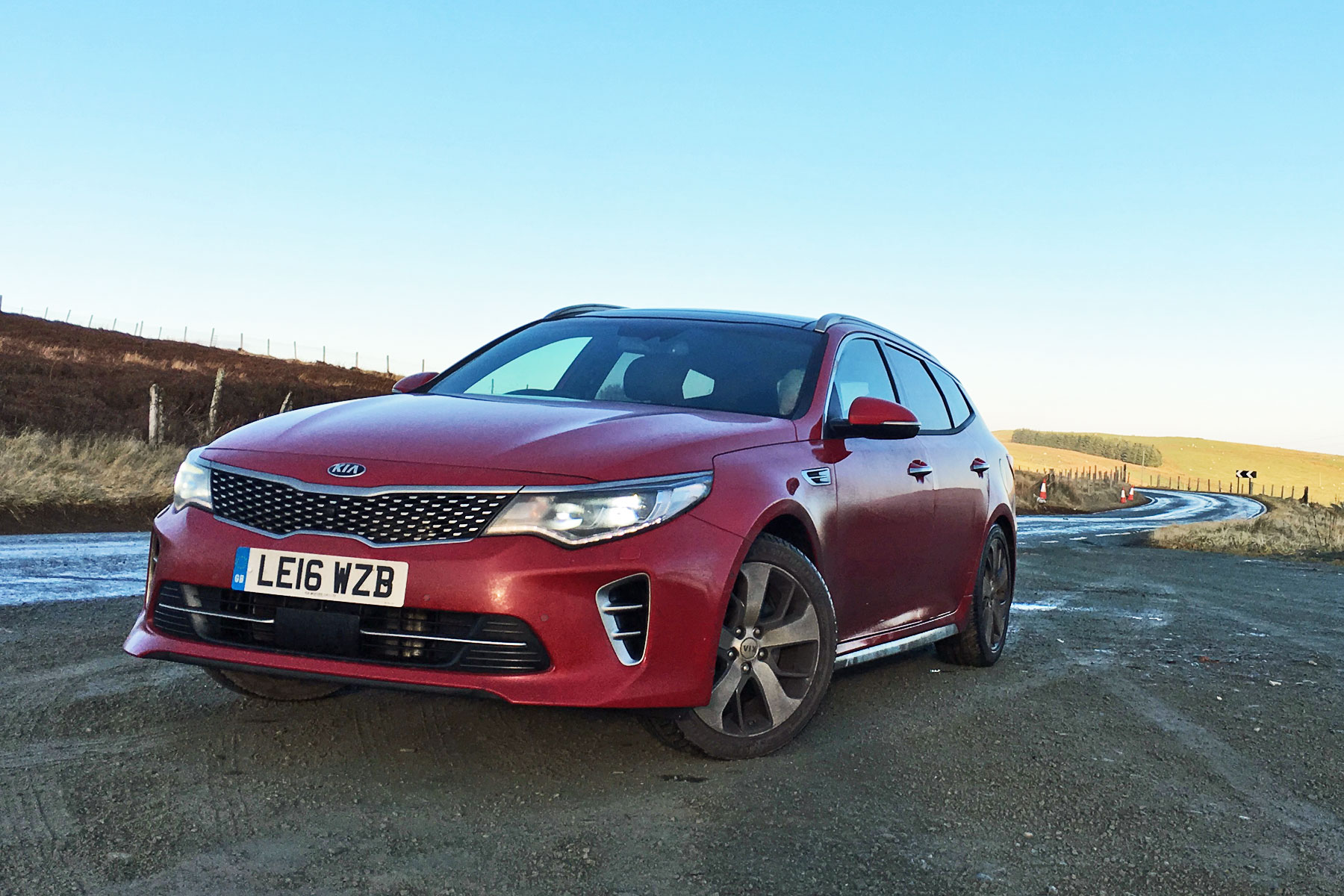 I’ve done a lot of miles in the Kia Optima since I introduced it to the MR long-term test fleet. I could write a lengthy piece about how good it was for driving to Wales for Christmas duties (hence the picture of it looking filthy above), how a Nordic Fir slotted into the boot and how it copes brilliantly with the daily grind, but you probably know all that. So I thought I’d do one of those trendy listicles about what I like and dislike about the Optima SW.

Good things about life with the Kia Optima SW 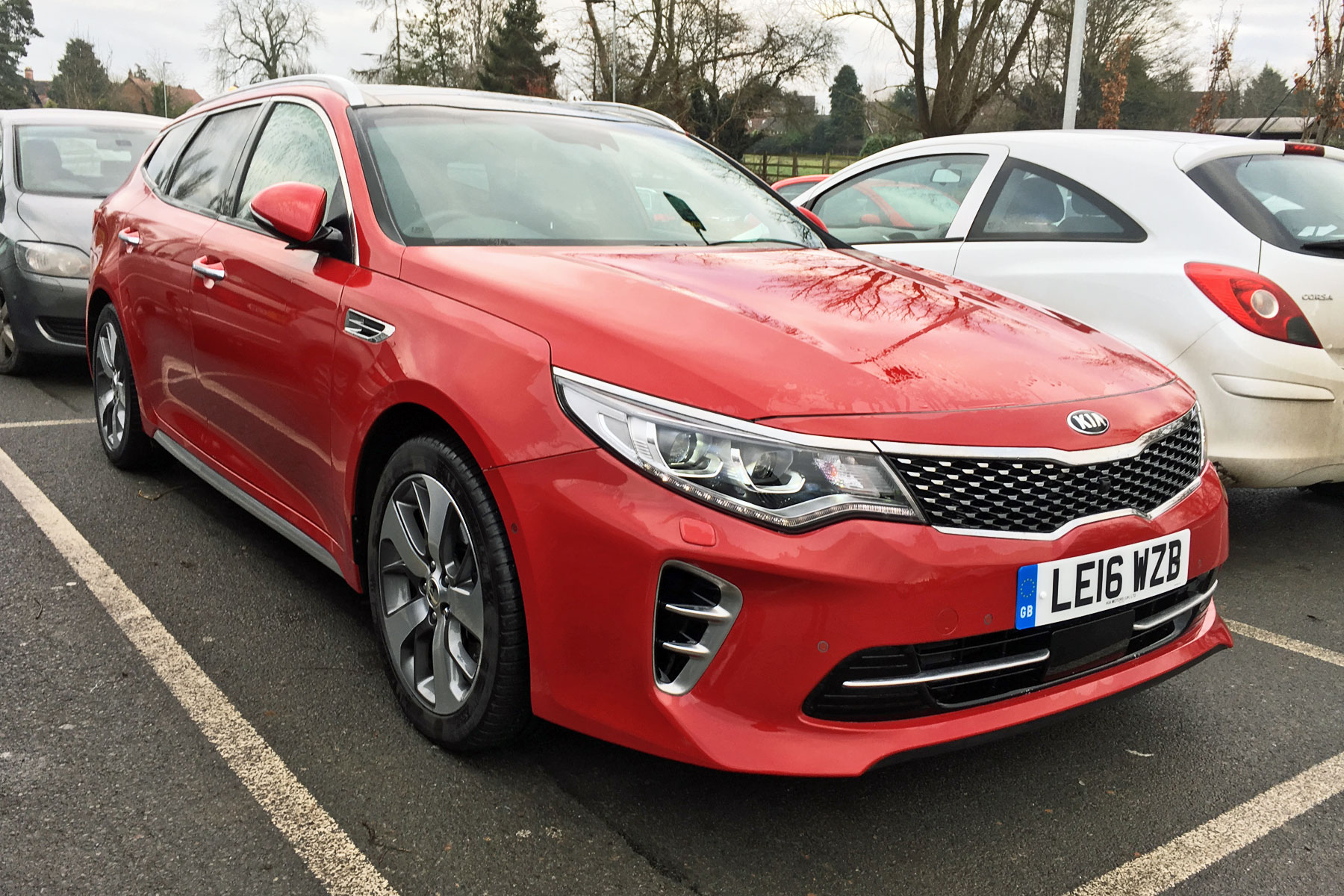 The seats are brilliant

OK, it might sound like a silly, minor thing. All cars have relatively comfortable seats, right, especially if you spend more than £30,000 on the top-spec leather-trimmed GT-Line variant? Well, yeah, but I eternally find myself aching after a long stint in pretty much any Volkswagen Group product (I think I’m the wrong shape for German seats). In the Optima, I’m as fresh as the proverbial daisy even after a slog of several hundred miles.

Yeah, this is an odd one. I’m a 20-something car writer type whose mates should appreciate Civic Type Rs and other hooligan specials. But, without fail, they love being driven about in the Optima. That’s probably because it feels safe and I don’t even bother trying to drive it fast. Also…

The sound system is really good

I’m no audio snob, but all grades of the Optima SW from the ‘3’ up feature a Harman Kardon sound system. The speakers (eight in total) do a commendable job of mimicking a premium car’s sound system. Combine this with Spotify through my phone (we’ll come onto that shortly…) and the Kia becomes a mobile disco.

The gearbox is slick

While rivals such as the Mazda 6 and Vauxhall Insignia stick with conventional automatic gearboxes, the Kia Optima gets a more upmarket dual-clutch transmission. This makes for faster gear changes – and it works brilliantly. Just don’t bother with ‘eco’ mode unless you’re motorway cruising (another thing I’ll come onto shortly).

Finally, look at it. This doesn’t look like a downmarket offering – it attracts loads of admiring glances, especially in Temptation Red. While I’m not sure about the chintzy grille, the rest of it looks great – particularly from the rear.

Bad things about life with the Kia Optima SW 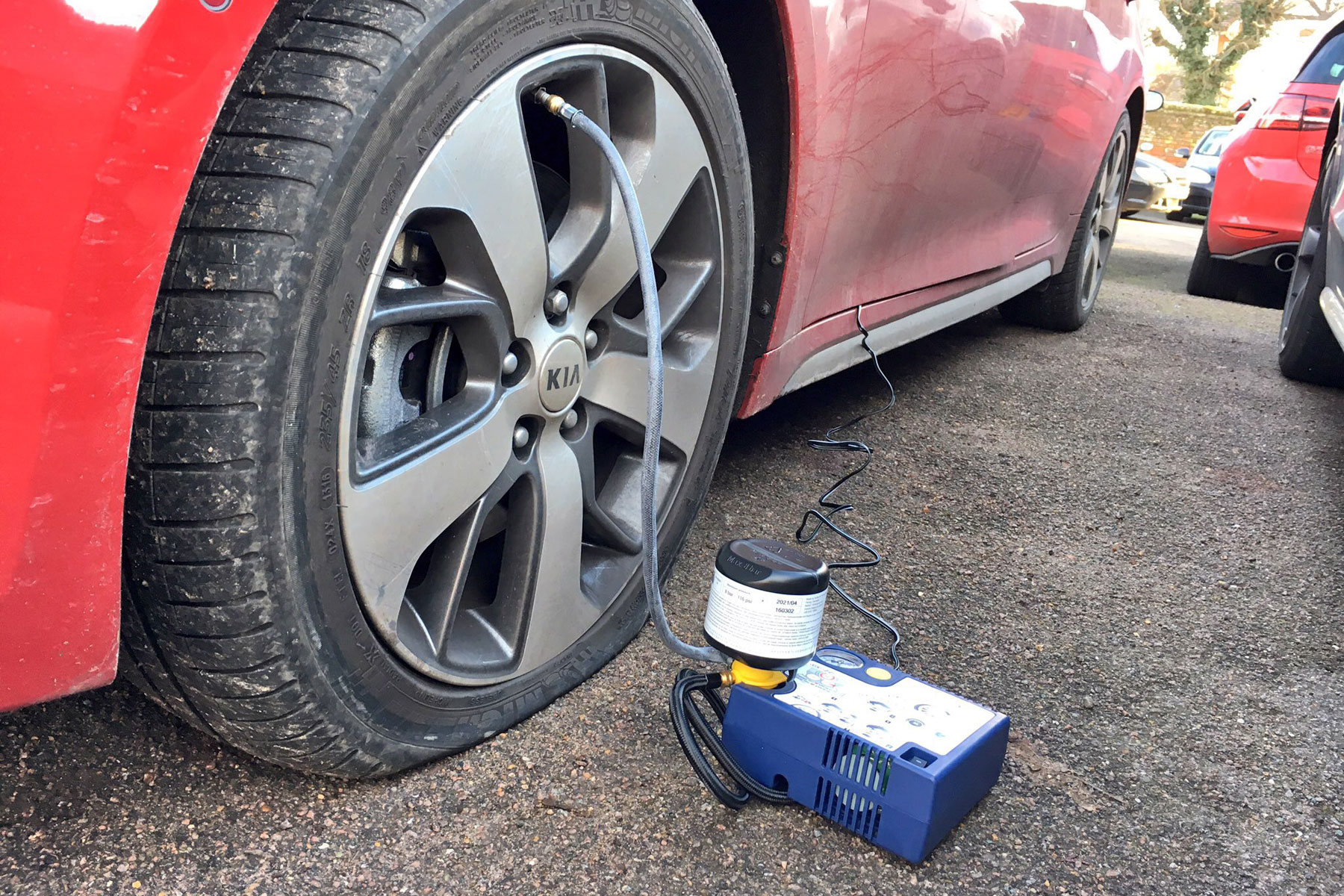 It likes a beep

Turn the ignition on without putting your seatbelt on and it beeps. Run low on washer fluid and it beeps. Drive in cold conditions and it beeps. Stand near the boot and it beeps (before the electronic tailgate, standard on the GT-Line S, starts opening). I find beeps infuriating yet Korean and Japanese cars love them.

The reversing camera gets muddy easily

At this time of year, cars get filthy pretty quickly. Normally I’m the sort who doesn’t bother cleaning their car over winter (what’s the point when it gets dirty again so soon), but the Optima’s reversing camera (standard on all models) and clever 360-degree around view monitor (standard on the GT Line S) means I’m having to clean the Optima almost weekly. The cameras get covered in the dirt extremely easily, and there’s no washer system like on some models.

The steering is too light

No, I don’t expect super-direct steering, but the Kia Optima’s steering is so light just keeping it on the straight ahead is a bit of an effort. Feedback is non-existent, while putting in sports mode makes things heavier but not particularly communicative. Talking of which: sports mode holds onto the revs for too long, while eco mode is frustrating – roundabouts particularly (“are you sure you want to pull out rapidly,” the car says, “think of the trees!”). Why can’t I have ‘normal’ mode with slightly heavier steering?

It has a puncture repair kit

I recently got a puncture in the Optima. I can’t really blame the Kia for that, but I can blame it for having a rubbish ‘tyre mobility kit’ that only worked long enough for me to limp seven miles to my nearest ATS Euromaster. Said ATS Euromaster were too busy to fit me in for a couple of days, meaning I had to abandon the Kia in their car park and get the train. Give me a full size spare any day.

There’s no Apple CarPlay… yet

I’m a huge fan of Apple CarPlay, and if I was a company car driver looking for an estate car to cover long distances, CarPlay would be high on the list of priorities. Curiously, the Optima Sportswagon is available with Android Auto but not Apple CarPlay. It’s on its way, apparently, but I do miss it on our long-termer. 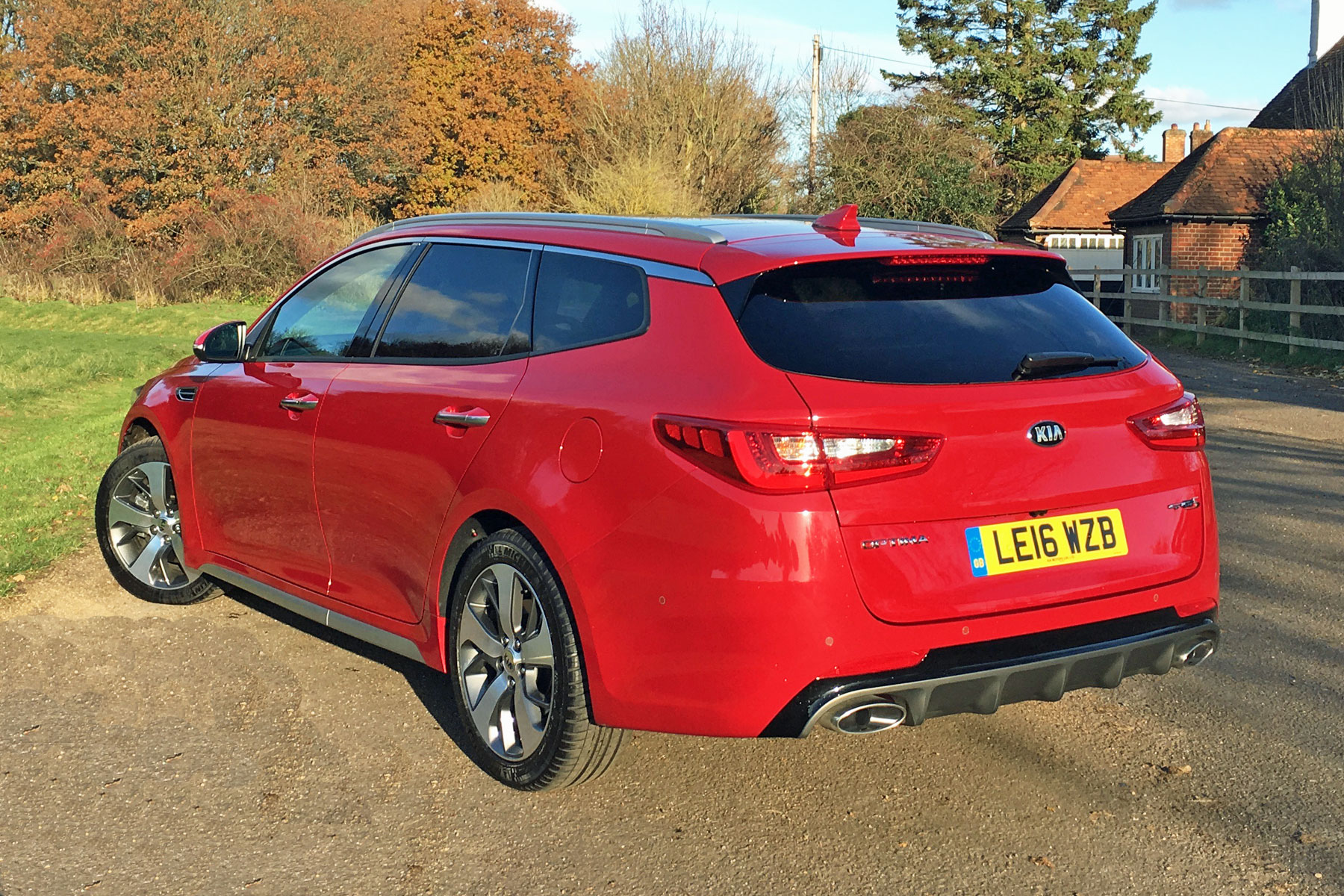 Car company bosses often seem ashamed to admit that they’re targeting company car drivers with a new model. The suggestion that private buyers won’t be stumping up their own cold, hard cash upfront for a car is frowned upon.

Kia’s different. It accepts that business users make up the vast majority of buyers in this segment – no one buys a new Ford Mondeo for themselves. More than 80% of Optima buyers will be business users, and that’s why it’s kept things simple, offering just two efficient engines.

We’ve opted for the diesel and, out of the four models on offer, we’ve chosen the top-spec GT-Line S. This comes with a seven-speed dual-clutch automatic gearbox as standard (resulting in a rise in emissions to 120g/km). With a £30,595 price tag, is it an overpriced Korean estate or a genuine premium go-getter? 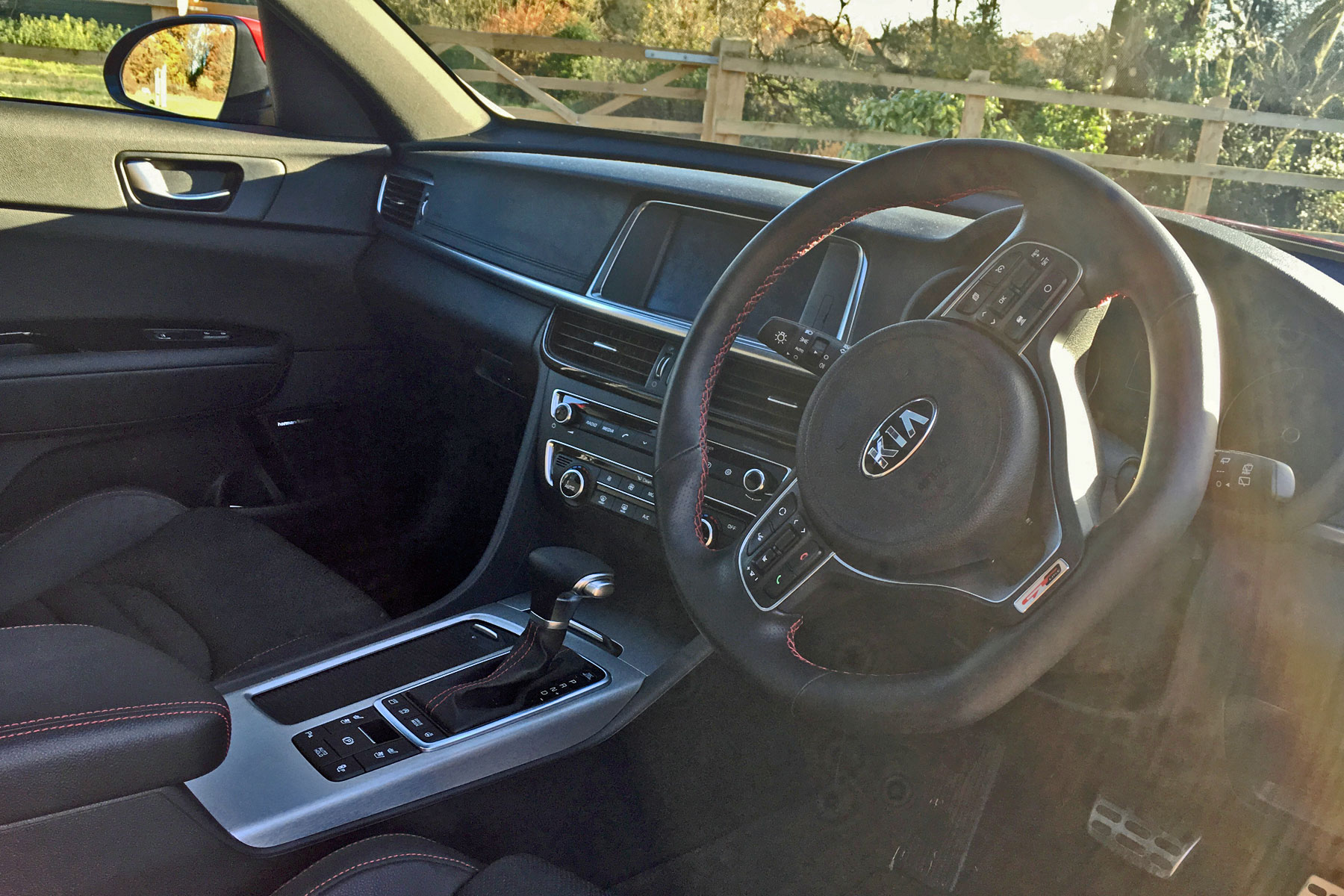 First impressions suggest this could be the car for shedding Kia’s ‘Asda Price’ image – it’s absolutely loaded with kit. Highlights include 18-inch alloys, an openable panoramic sunroof and an eight-inch touchscreen infotainment system incorporating sat-nav and Android Auto connectivity (but not Apple CarPlay, yet). It even has a wireless phone charger.

While the inside certainly does a good impression of a premium vehicle, the exterior makes many rivals look bland. With more than a passing resemblance to the concept on which it’s based, we’ve already noticed passers-by taking a second glance. That wouldn’t happen in a Skoda Superb.

Will our positive first impressions continue as we spend more time with the Kia Optima? We’ll be living with it for six months to find out.

This is what the new Top Gear line-up looks like

The track-oriented GT3 RS is the Porsche 911 at its most exuberant and exciting. We drive the outgoing 991.2 version from 2018.
Read more
Car Reviews

It might not look a lot different, but the 2014 Vauxhall Corsa is ready to fight the Ford Fiesta Andrew Brady | October 2014 Own a...
Read more

Opinion: the call to abolish the MOT test is nonsense

The Adam Smith Institute labels the MOT test 'outdated' and calls for the annual inspection to be abolished. We disagree – and here's why
Read more
Car Reviews

The Renault Clio E-Tech Hybrid transfers F1 know-how from racetrack to road in order to save fuel and improve the driving experience.
Read more
Car News

The government will close a legal loophole that allows drivers to use a mobile phone to film or take photographs, but effective enforcement is required.
Read more

Slowing down and maintaining a safe distance to the car in front are just two things to remember when you're driving in wet weather.
Read more
Advice