These are Britain’s 12 best cars you can buy in 2017, according to UK Car of the Year judges 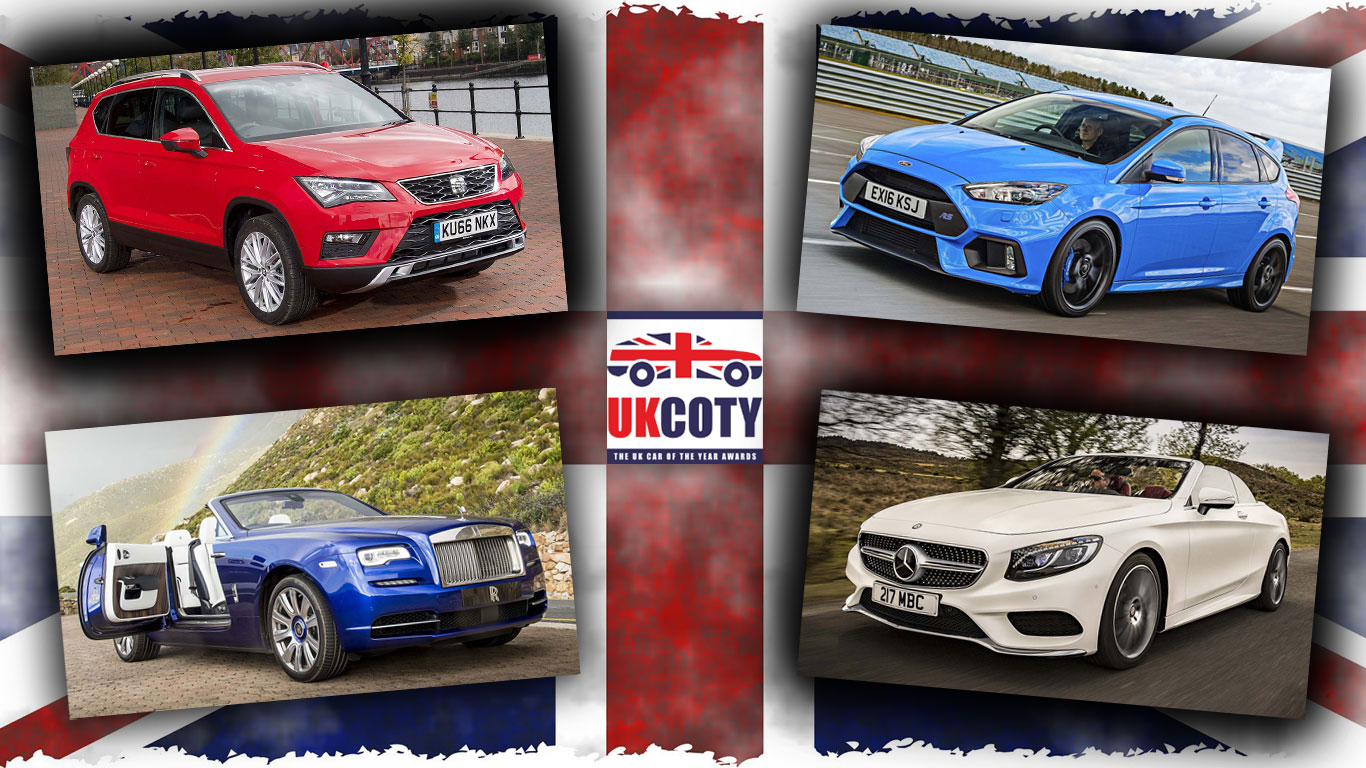 The UK Car of the Year awards is a car awards initiative focused purely on Britain. It aims to pick out the best models launched here over the past 12 months, from a shortlist of 56 freshly-launched models. Today, the shortlist of cars in 12 categories has been revealed.

27 British motoring journalists have helped decide the 2017 UK Car of the Year category winners. They become the latest models to triumph in the Great British car awards, which was established in 2014.

The new Hyundai Ioniq is taking on the popular Toyota Prius to become the choice of transport for eco-conscious urbanites and Uber drivers. You can buy electric and hybrid versions, while a plug-in hybrid is on its way this year. Our favourite is the fully-electric Ioniq.

And here is the Ioniq’s main competitor, the Toyota Prius. For the purposes of the UK Car of the Year judging, the Prius is classed as a ‘family car’ while the Ioniq is a ‘small hatch’. Odd move, as they’re direct competitors – and the Ioniq is just 70mm shorter than the Prius.

The Toyota Prius was replaced in 2016 and, once you get past the obscure looks, the new model is a very likeable car. Definitely a UK Car of the Year contender. 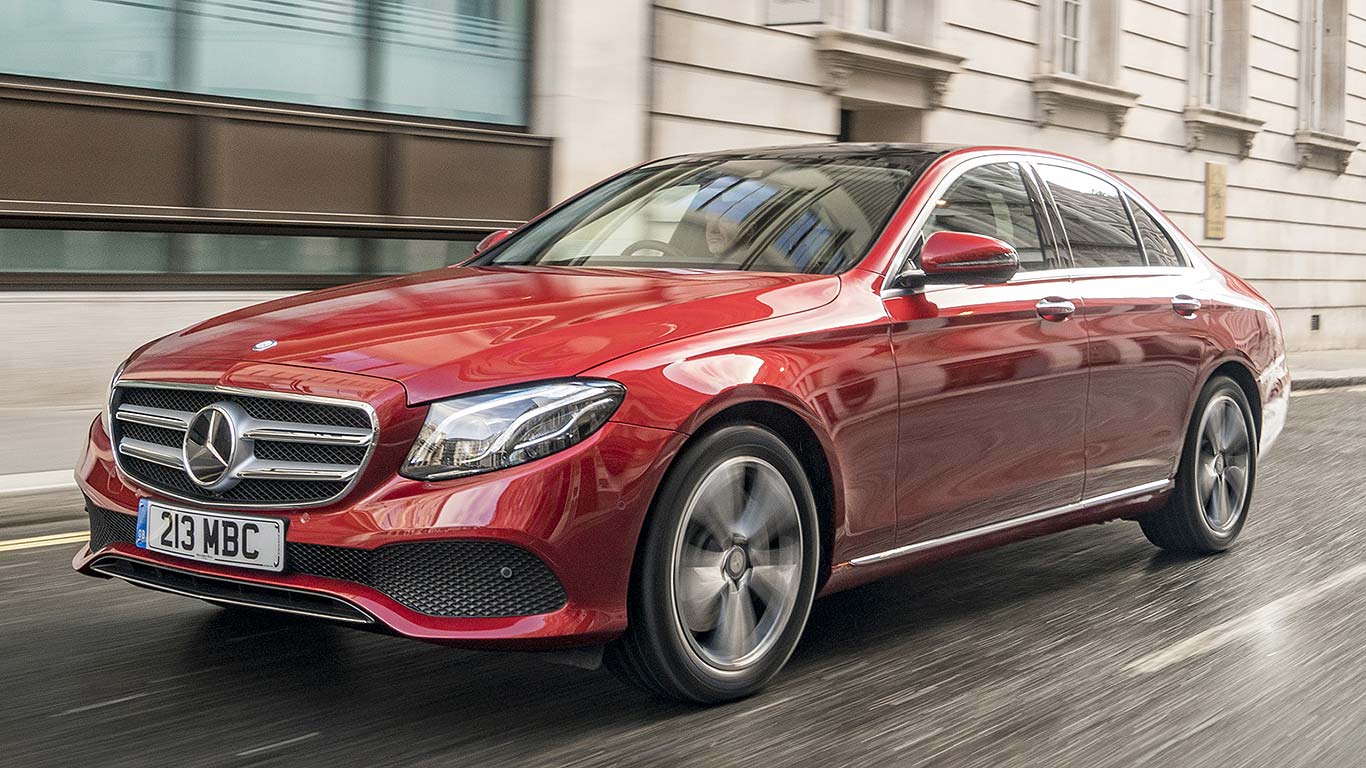 The latest Mercedes-Benz E-Class may not be groundbreaking in terms of its appearance, but the clever technology on offer makes it one of the best executive cars money can buy. The interior is lovely, too, while the driving experience – although not as sharp as the BMW 5 Series – is wonderfully serene.

Rolls-Royce are not just ordinary cars. They are automotive exhibitionists. Enter the Dawn, a four-seat luxury convertible version of the Wraith coupe. The doors are hinged at the front, the interior is epic, it’s fingertip-crisp to drive and it looks, well, outstanding. Outlandish, decadent and wonderful.

Volvo has modernised the model that made it famous – the estate car. The latest V90 is an exceptionally accomplished premium machine that sees Volvo genuinely go head-to-head with BMW and Mercedes-Benz. The interior is beautiful, the drive is luxurious and it looks good too. 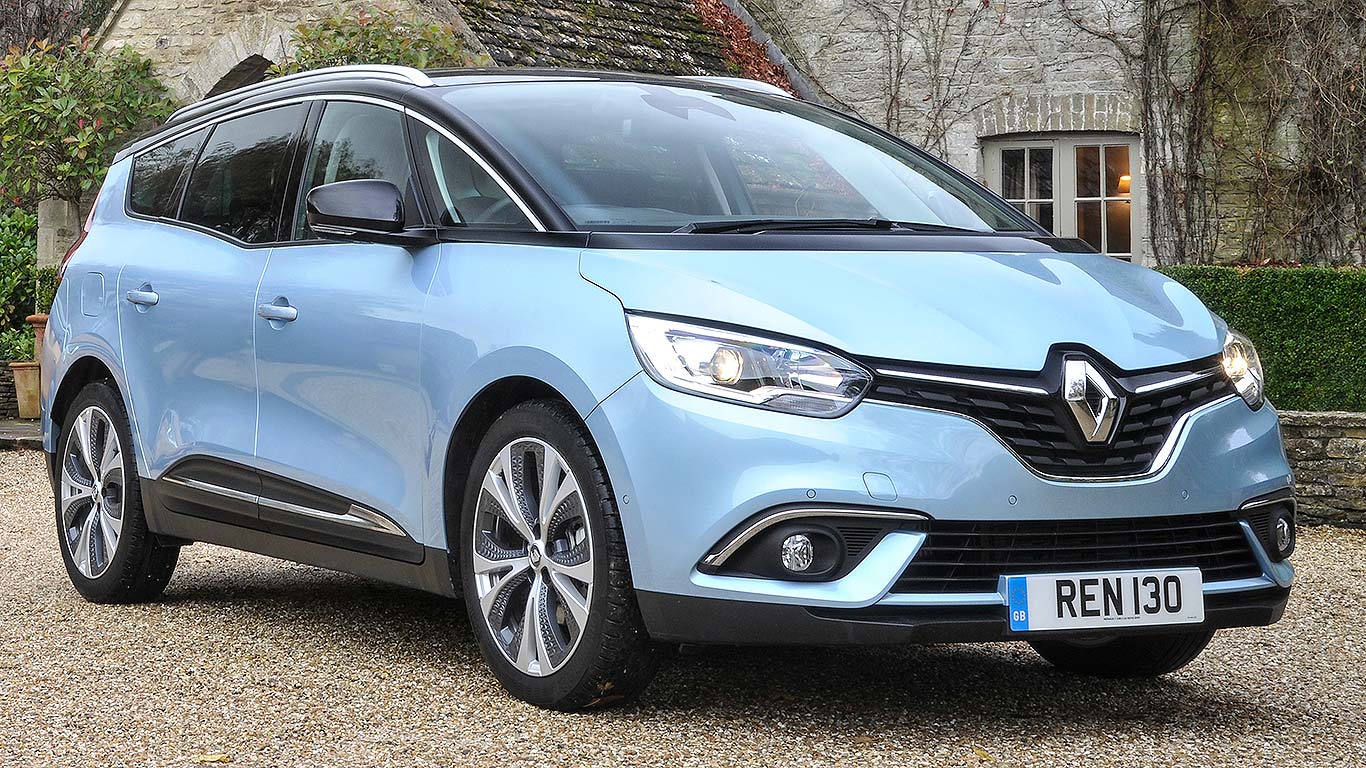 The latest Renault Scenic is a make-or-break model for the MPV sector. Sales have been declining as buyers switch instead to crossovers. So Renault has given its Scenic compact MPV range a crossover look, but with all the famed practicality still in tact. Let’s hope sales follow suit…

Seat’s first crossover has been a long time coming. It at last arrived in 2016, immediately providing stern competition to the class-leading Nissan Qashqai. Sharp pricing is on its side too: why buy a VW Tiguan when you could buy this instead?

Modern Jaguar has finally come of age with the superb F-Pace SUV. The new XE and XF were just the warm-up act for this Audi Q5 and Porsche Macan challenger, it seems: it’s an uncommonly well conceived machine. 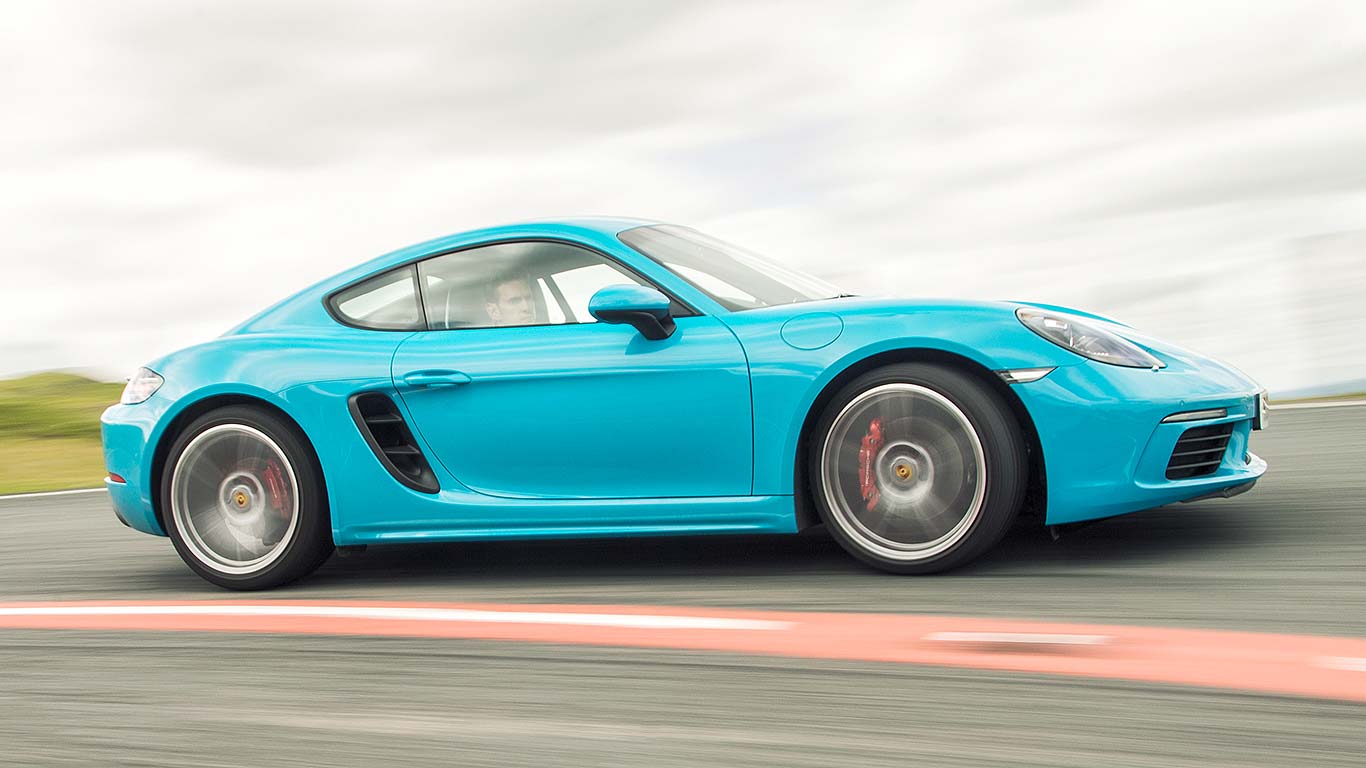 For some time now, the Porsche Cayman has been knocking on the door of the brilliant 911. With this new 718 Cayman, it’s now even more of an authentic cut-price 911 sports car. The only grumble is the noise of the new four-cylinder engines; everything else is brilliant.

The most luxurious way for four people to experience open-top motoring on the planet. The S-Class limo is among the best cars in the world; this two-door Cabriolet continues the trend admirably.

When it facelifted the Boxster, Porsche controversially switched to a flat-four turbo engine for the new 718 Boxster. Some of the aural pizzazz has been lost, but there’s no doubt the overall car is now better than ever. 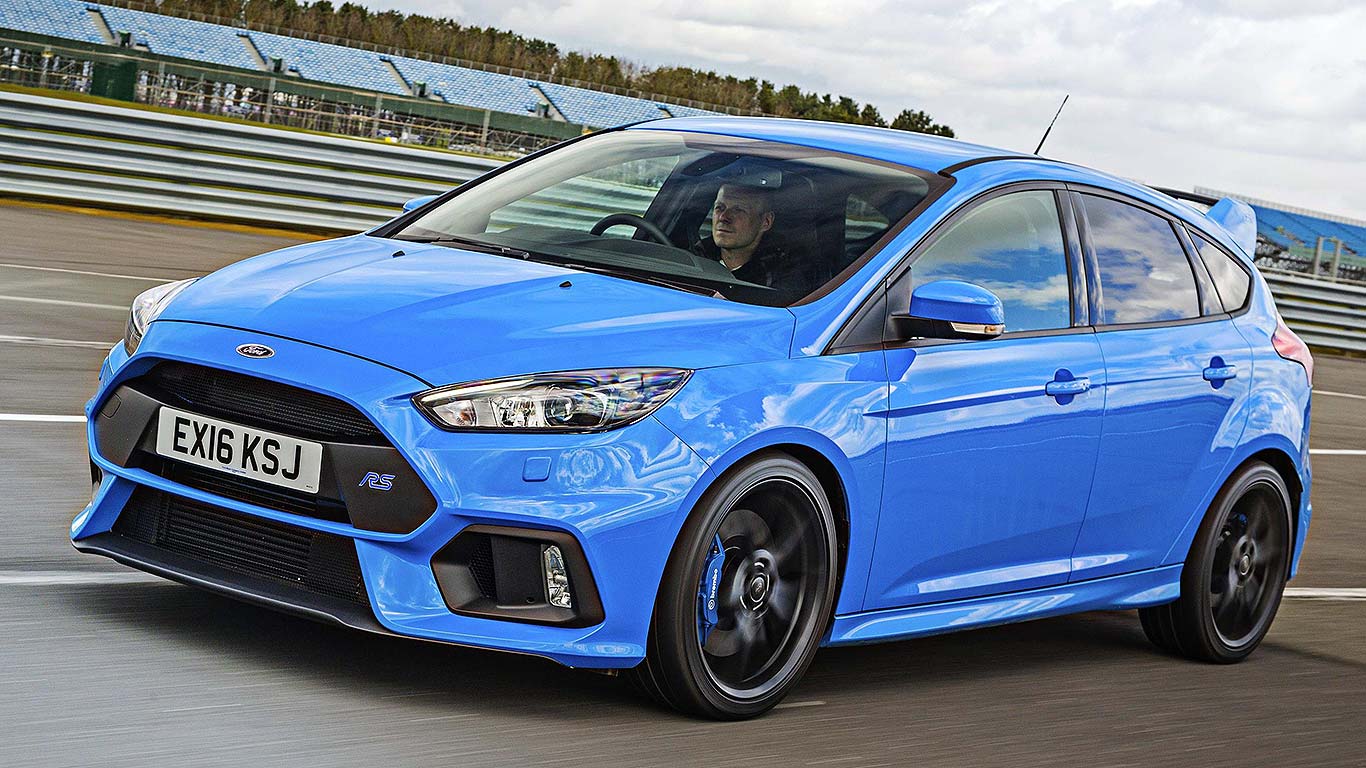 The exceptional Focus RS is the most thrilling new Ford in years – it’s a genuine modern great that is a worthy successor to past greats such as the SIerra RS Cosworth and Escort RS Cosworth.

The overall winner will be one of these category winners, and will be announced on 24 February. We reckon the Jaguar F-Pace is in with a good shot, as is the Ford Focus RS and the Volvo V90… What’s your money on?