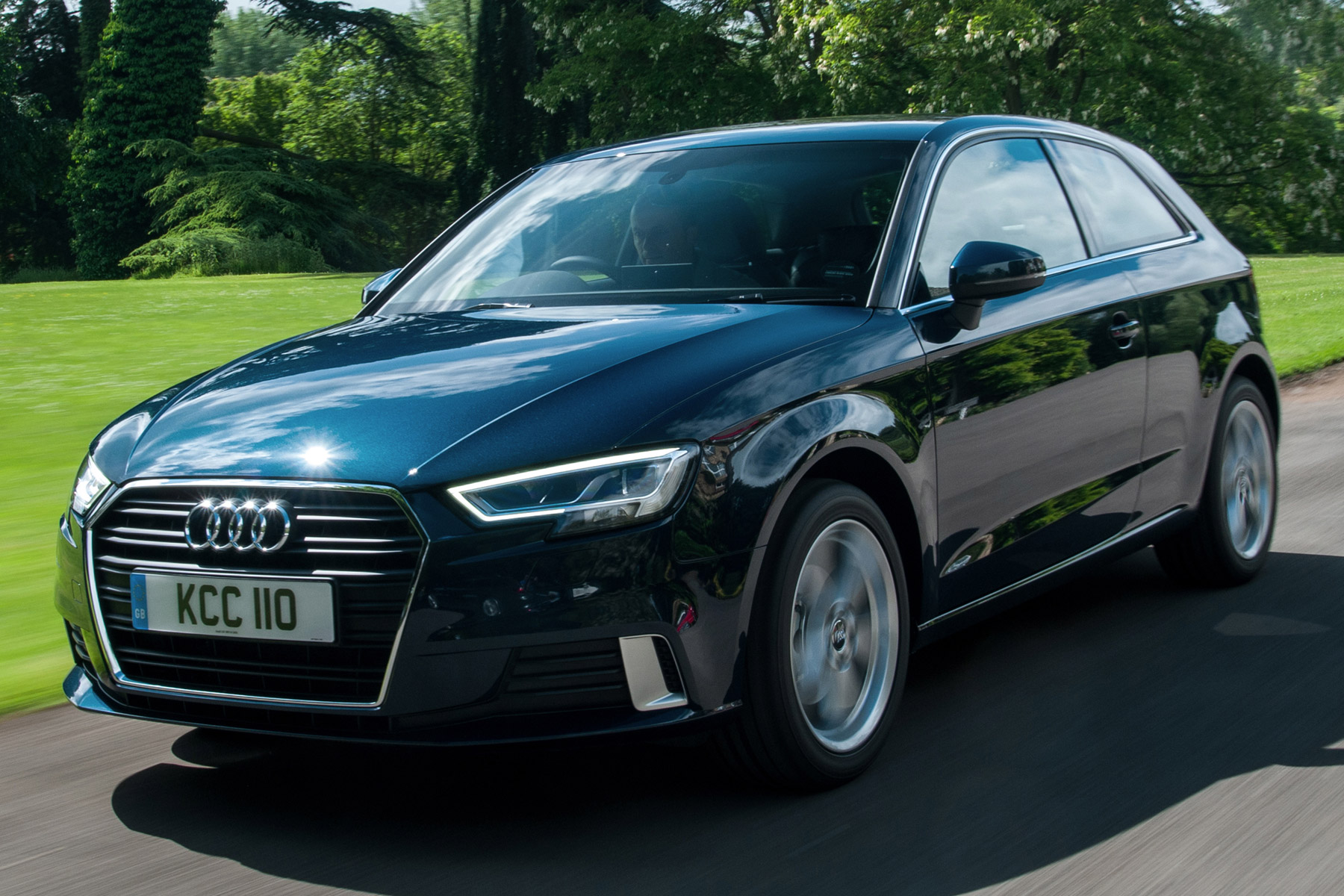 Another week, another ‘new’ Audi. This time it’s the A3 – a facelift, even by Audi terms, with a few tweaks to the design (the A4-esque headlights, for example, and a wider grille) and some extra tech that’s trickled down from larger models. 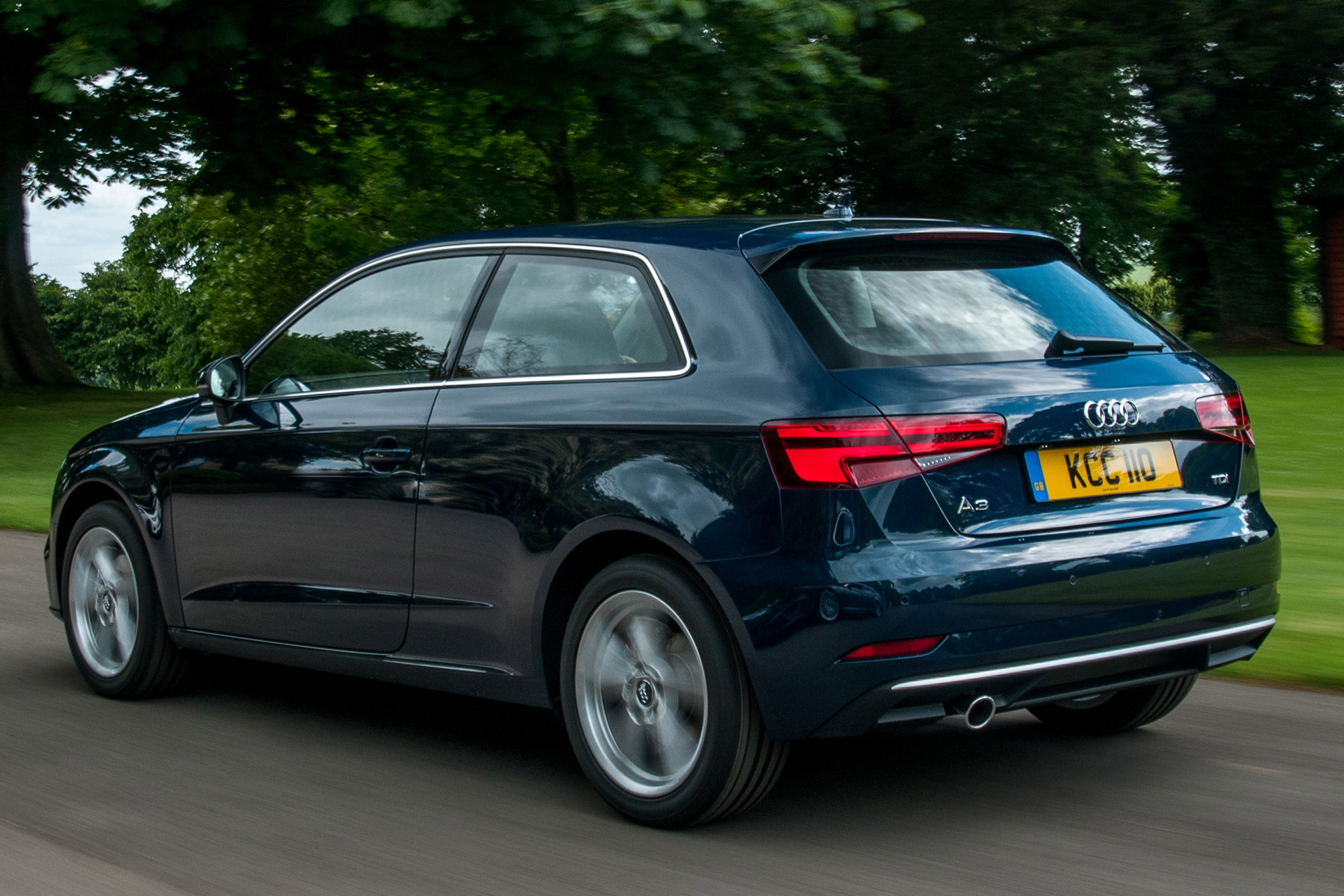 Under the bonnet, there are two new TFSI petrol engines: an entry-level 1.0-litre and a larger 2.0-litre. Despite the current anti-diesel sentiment, most buyers are expected to opt for a turbodiesel, available in 1.6-litre (110hp) or 2.0-litre (150hp and 184hp) forms.

We tried the entry-level 1.6 diesel in a three-door A3 in Sport trim with a manual gearbox. Although it suffered from that irritating turbo lag that we’re far too used to from diesels tuned with economy in mind, it’s a good drive. Most junior executives will be happy to punt one along as a company car.

The steering is slightly numb, while you’d probably be better off opting for the standard suspension rather than the firmer sports set-up (a no-cost option) – unless most of your driving is on ultra-smooth motorways.

In 1.6-litre diesel guise, the Audi A3 returns an official fuel economy of 78.5mpg (when fitted with the 17-inch alloys that come as standard on the Sport). CO2 emissions come in at 107g/km, meaning road tax will cost you £20 a year and you’ll pay 18% BIK company car tax. 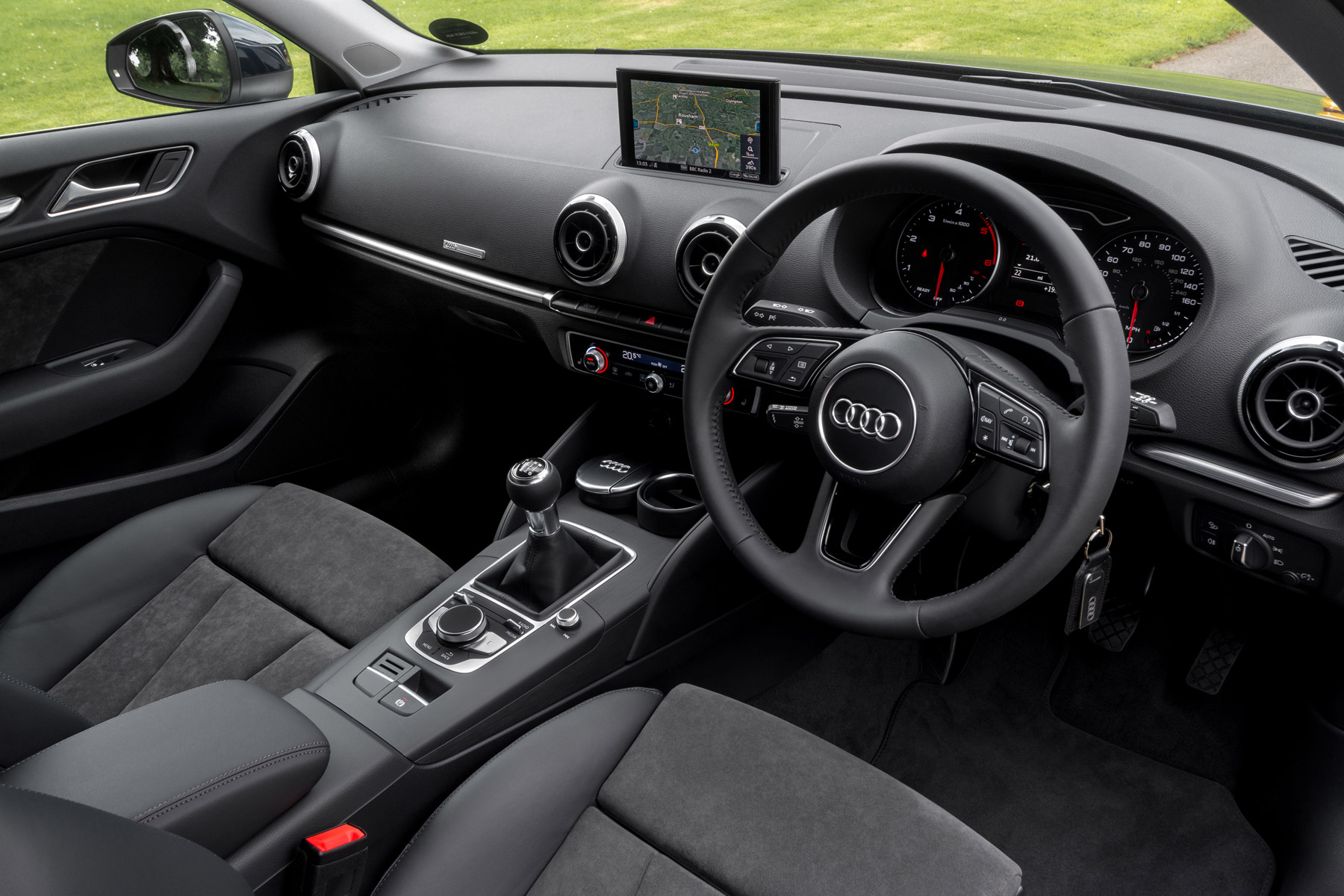 The A3’s interior is where it really impresses. It’s always felt to be of top quality, but it’s been brought bang-up-to-date with the addition of Audi’s clever Virtual Cockpit (essentially an LCD display that replaces the conventional dials and can be used to show satellite imagery of the route ahead, media information and even social media channels), plus various other tech.

Those seeking practicality might prefer the five-door Sportback version, with its 380-litre boot (bigger than both the BMW 1 Series and Mercedes-Benz A-Class).

When tested in 2012, the Audi A3 was awarded five stars by Euro NCAP. German engineering combined with a host of safety kit means the Audi A3 is a very safe car. 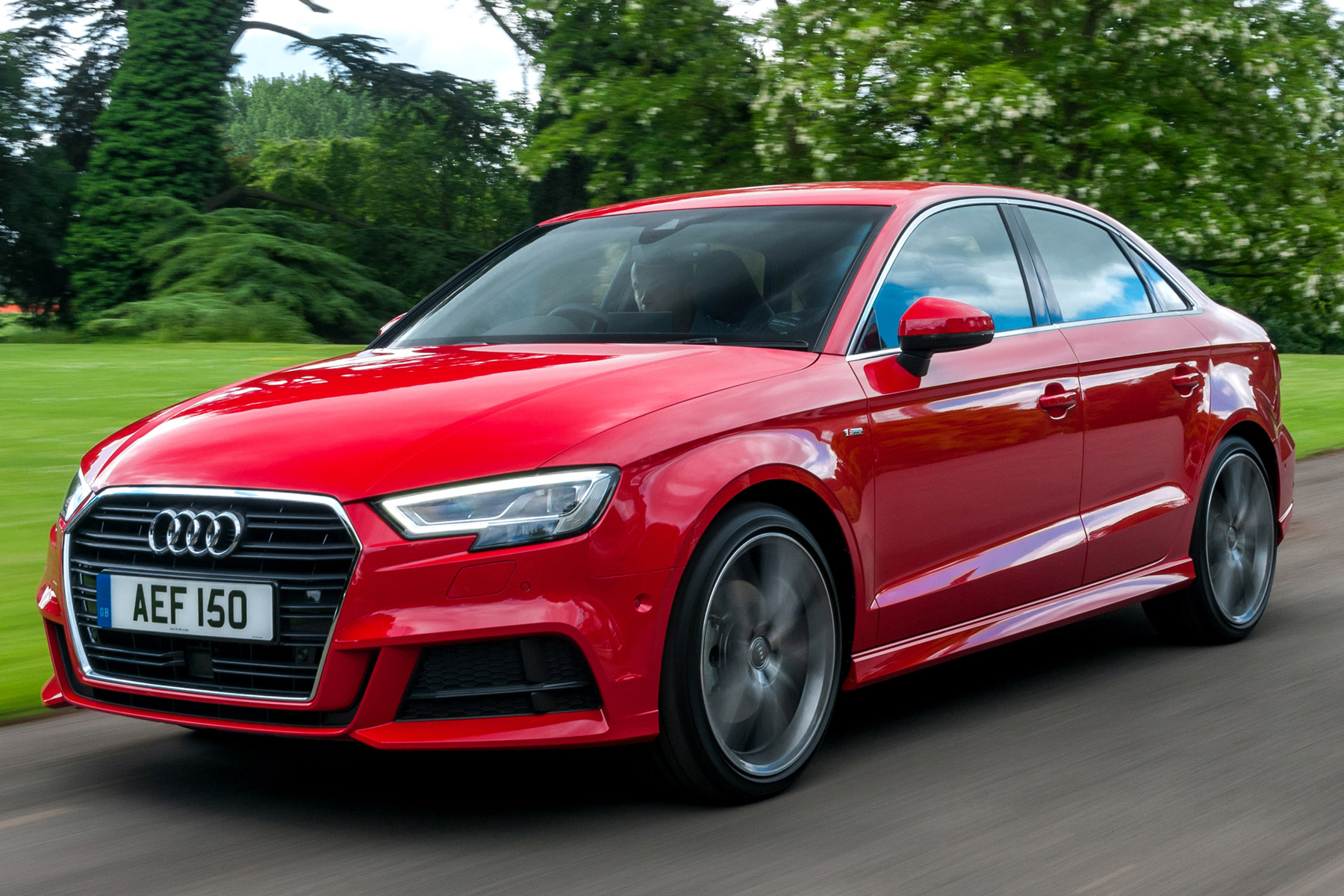 As well as the entry-level diesel, we also enjoyed a brief drive of the 1.4-litre TFSI petrol in saloon form. If you’re not restricted to diesels for fuel economy or company car tax reasons, the petrol is a likeable choice. With 150hp and cylinder-on-demand tech, it’s both fun to drive and easy on fuel.

It’s not the sort of car that necessarily appeals to the heart, but the A3 is a really well-polished contender in the popular premium C-segment. There are body styles to cater for everyone: three- and five-door hatches (the latter a ‘Sportback’ in Audi lingo), a cabriolet and even a saloon.

Buy one (or, perhaps more likely, consider one as a company car), and you’ll be treated to the best interior in its class, a plethora of new tech to keep the iPhone generation happy, and sensible running costs. If you’re a keen driver, though, you might want to check out the BMW 1 Series. 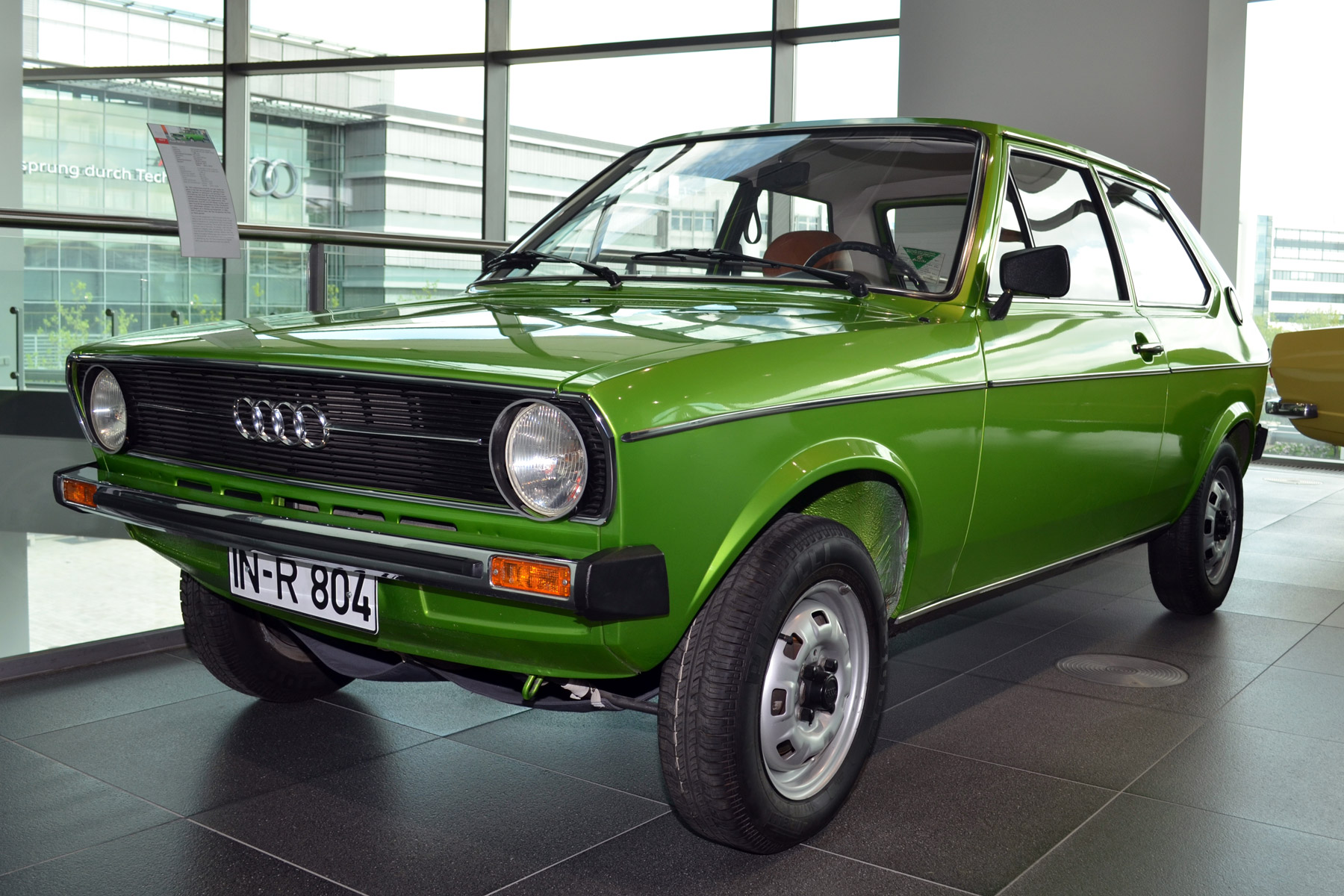