The Alfa Romeo Stelvio Quadrifoglio serves up Ferrari firepower in a family-sized SUV. With four-wheel drive, it's even quicker than the acclaimed Giulia. 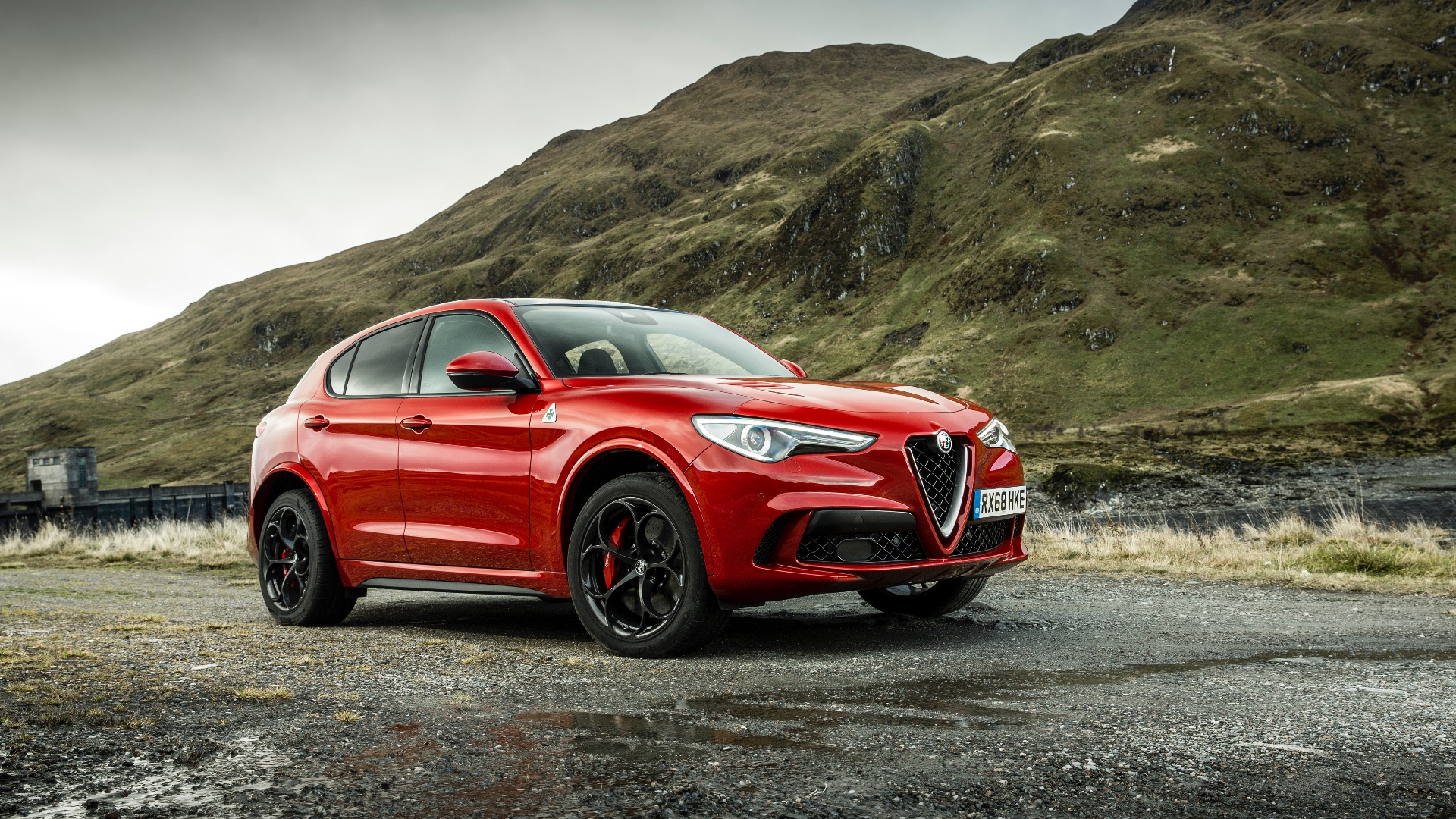 Lest we forget, Alfa has also dished up plenty of disappointment over the decades. Cars like the 1983 Arna hatchback, a marriage of dowdy Japanese design and indifferent Italian build quality. Or the 2005 Brera, an exotic-looking coupe that was about as exciting as Ed Sheeran. Don’t get me started on rust, either. Even Alfa’s great cars – and there have been many – used to dissolve at the merest hint of humidity.

Back to the Stelvio Quadrifoglio. Affixing such a glorious name to the portly posterior of an SUV seems a recipe for Alfisti anguish. However, this isn’t just any school-run SUV. Behind that shield-shaped grille lurks a 510hp 2.9-litre V6 – a cut-down Ferrari engine, no less. You’ll also find carbon-ceramic brake discs and (optional) hard-shell carbon bucket seats. Oh, and it has a drive mode labelled ‘RACE’. Things are looking up already. 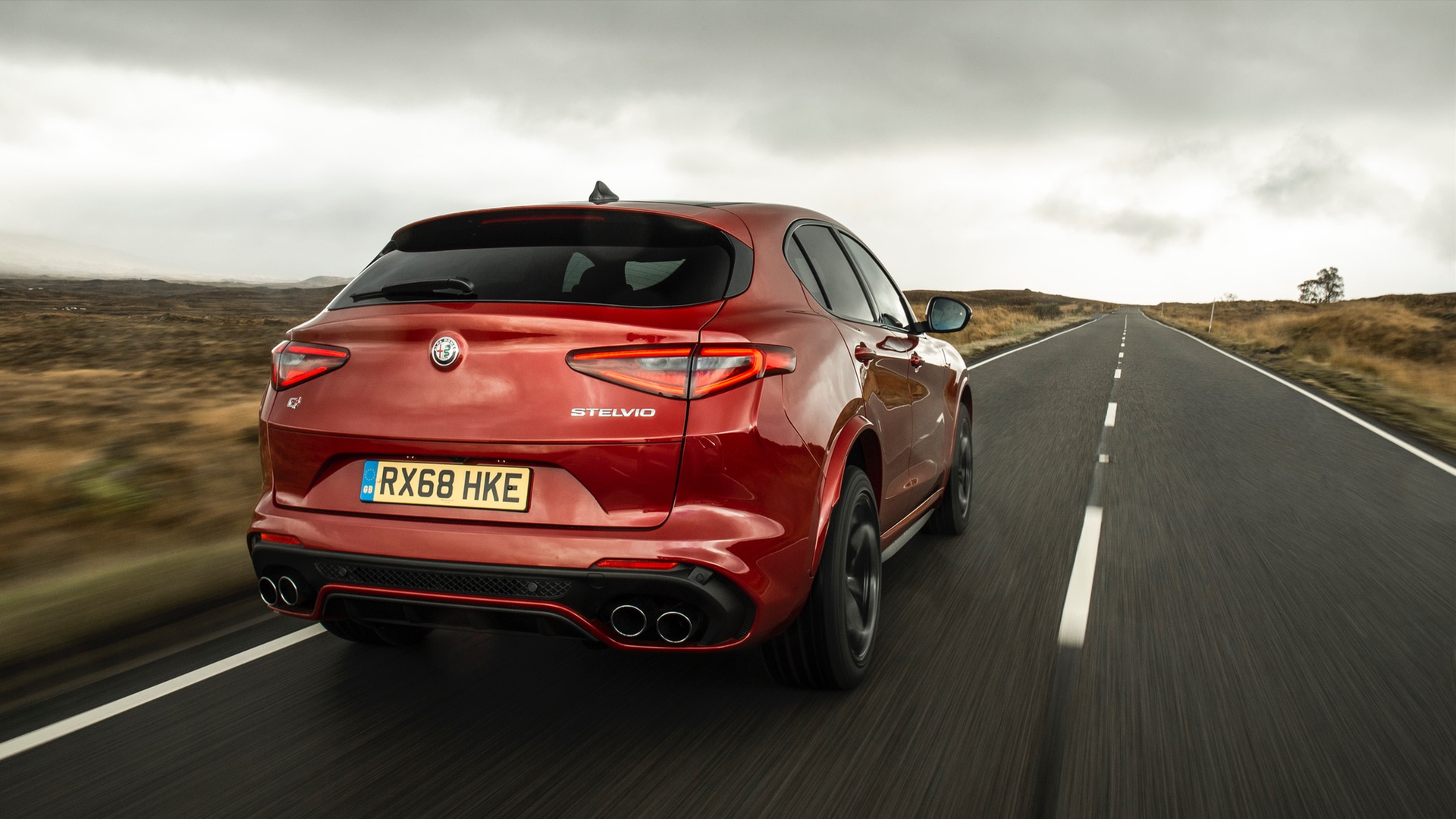 The Stelvio shares most of its oily bits with the Giulia Quadrifoglio saloon, with one crucial difference: four-wheel drive. That helps catapult this 1,830kg family car to 62mph in 3.8 seconds – and lap the Nurburgring in a scorching 7min 51.8sec. Among SUVs, only the Mercedes-AMG GLC 63 S has gone quicker. Indeed, the muscle-Merc and Porsche Macan Turbo are arguably the Stelvio’s only real rivals.

From the outside, there’s no doubting the Quadrifoglio’s sporting intent. Spidery 20-inch alloys fill its stretched wheelarches and four meaty tailpipes jut from its rear diffuser. Inside, those £3,250 Sparco seats, trimmed in Alcantara with red stitching, lift an otherwise mediocre cabin. There are far too many cheap plastics for a £70,000 car, while the fiddly infotainment system feels at least a generation behind the Germans. However, a recent facelift – UK cars will arrive soon – does improve matters here.

Surprised by how focused this feels – a better driver’s car than the Lamborghini Urus, I reckon. VERY firm ride, though. pic.twitter.com/WUWRNRFIcr

Prod the red starter button, pull the slender aluminium paddle and you’re away. The engine sounds undernourished at first, but its note hardens into a salacious snarl as the revs rise, punctuated by pops from the exhausts. And by God, it’s quick. An almighty wallop of turbocharged torque has it rocketing to the redline as swiftly as you can grab the next gear. This, for now, is the closest you’ll get to that much-mooted Ferrari SUV.

While the rear-driven Giulia is inclined to go sideways at the merest flick of a right ankle, the 4WD Stelvio – with its quick steering, punchy gearbox and sharp brakes – feels tenaciously tied-down. It bites into apices more aggressively than many sports cars, the usual SUV body-roll all but banished. For an average driver like me, it’s certainly a faster car than the Giulia: safer, more confidence-inspiring and perhaps more rewarding as a result. I’m not sure even the Macan matches it for B-road thrills. 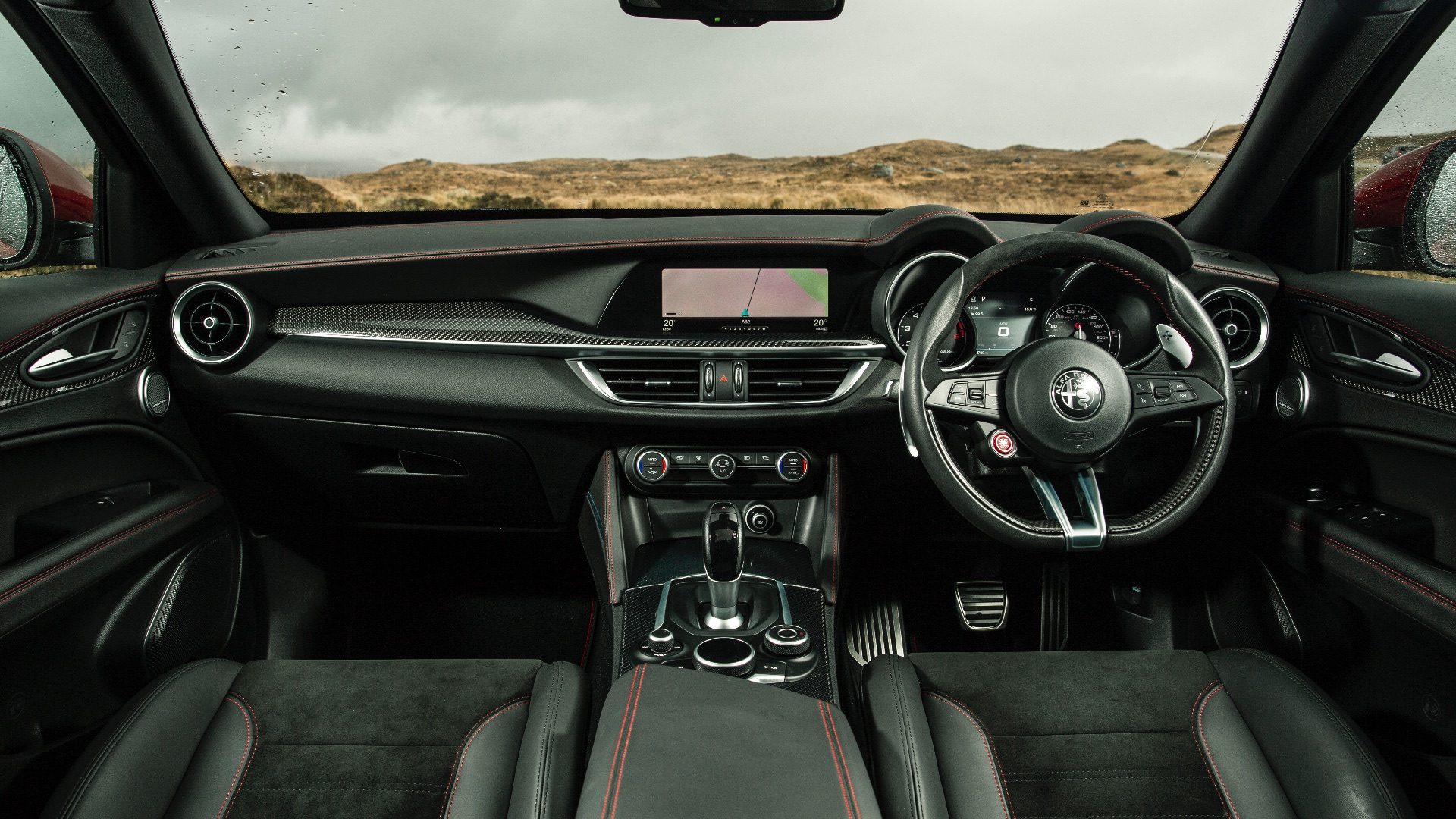 The trade-off for such iron-fisted focus is a ride that’s brittle at best, downright uncomfortable at worst. Even in its more relaxed drive modes – selectable via Alfa’s usual ‘DNA’ dial – the Quadrifoglio is arguably too unforgiving for a family car. You’ll be having a blast while your partner calls the chiropractor.

After a week behind the wheel, I’ve rather fallen for this flawed Italian firecracker. It’s a heart-over-head purchase, in true Alfa Romeo tradition. Most will prefer the more rounded appeal of rivals, but the Stelvio has a bombastic charm all its own.

The Porsche 911 Turbo is the ultimate 'city' supercar. But it’s also longing to escape – and fast. We drive the 992 Turbo S Cabriolet.
Read more
Previous articleEssex council slashes speed limit to reduce emissions
Next articleElectric car chargers are being attacked by rats

New car sales plunge in ‘biggest month of the year’

We say goodbye to the Clarkson, Hammond and May era of Top Gear by looking at the best bits
Read more

The 119th running of North America’s original auto show opens its doors to the press on 17 April, with the organizers promising a display...
Read more
Car Reviews

The pre-launch hype about the Jaguar XE rumbled on for months, culminating with a car being helicoptered into a celeb-packed Earl’s Court, serenaded by pop princess, Emeli Sande. There’s no such razmatazz for the XE’s big brother, the new 2015 XF. Just a flight to Spain to drive on mountain roads near Pamplona – followed by track time in the range-topping 380hp XF S.
Read more
Car News

Doctors and priests among most dangerous drivers

New car insurance data reveals which professions make for the most dangerous drivers on UK roads – and the safest drivers, too.
Read more

Although van MOT expiry dates have been extended, it remains the responsibility of owners or fleet operators to ensure the vehicle is safe to drive
Read more
Advice