What is keyless car theft and how can you keep your key fob safe from hackers? 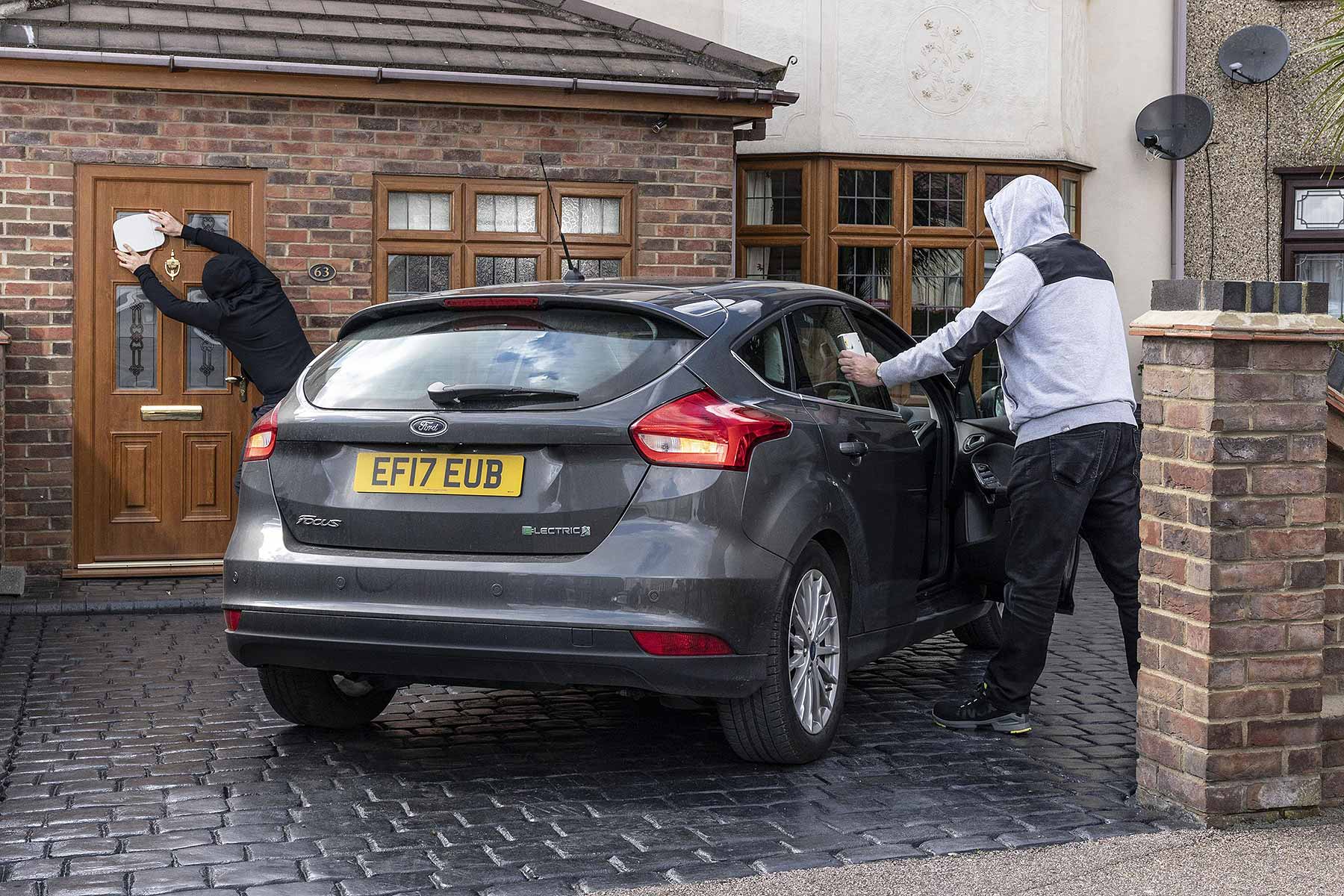 The use of keyless car theft techniques is allowing thieves to break into some brand new motors and steal them in just 10 seconds, according to new research.

Keyless car theft is now being described as an “epidemic” by the West Midlands Police and Crime Commissioner David Jamieson – and worryingly, car manufacturers appear to have little control over the rise in a technique known as relay crime.

“Thefts involving electronic devices are on the up and it’s clear that manufacturers could do more to make their vehicles secure,” said Jamieson.

But what is keyless car theft and how can you avoid being a victim?

Following years of a downward trend in the number of vehicle thefts, the so-called ‘relay attack’ is seen as a significant contributor to the 30 percent rise in car thefts in England and Wales between 2013 and 2016.

In fact, a study conducted by vehicle tracking experts, Tracker, found that 96 percent of motorists are at risk of having their car stolen using this method. 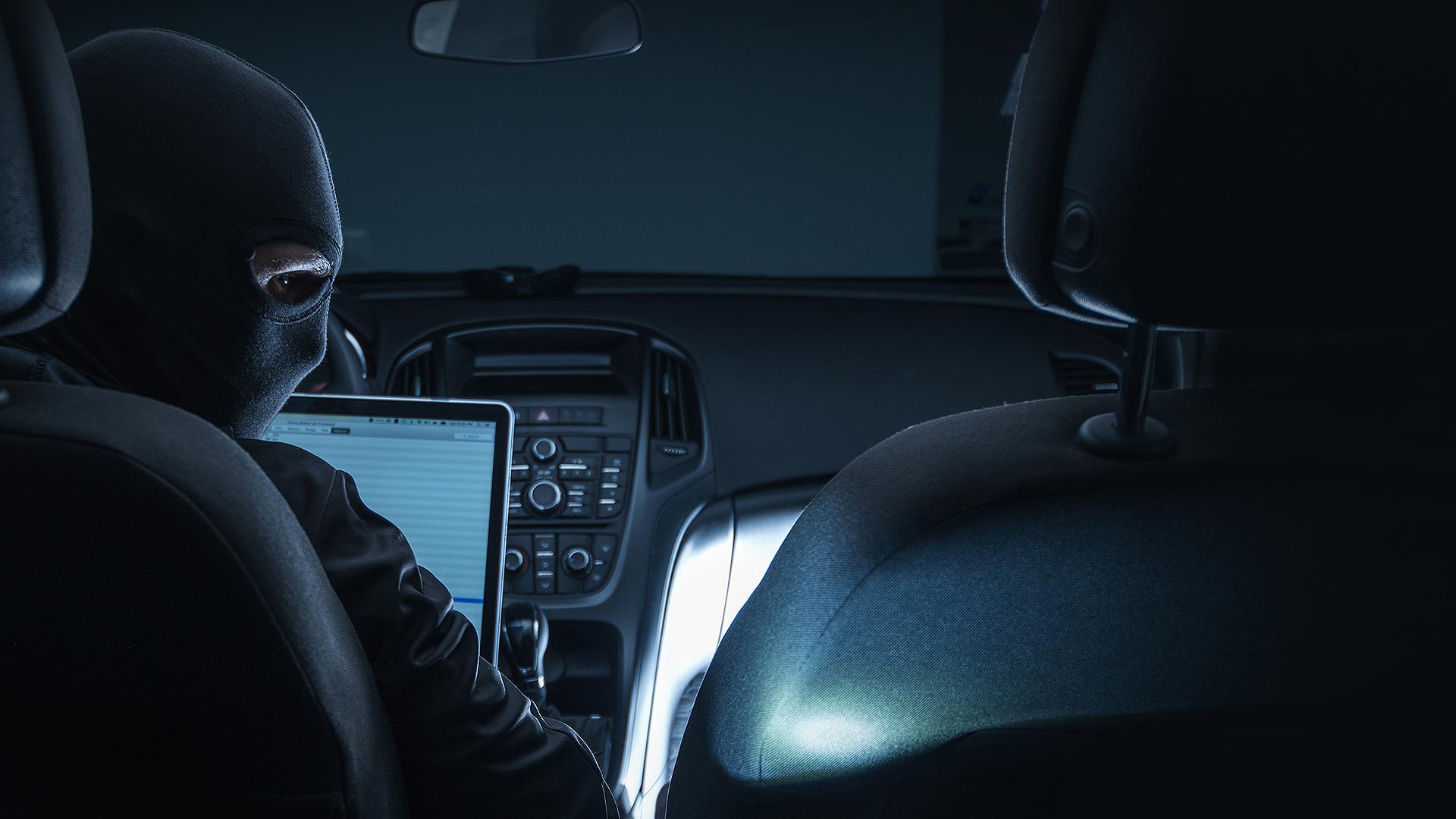 What is keyless car theft?

A ‘relay attack’ is worryingly simple, making it all the more alarming for owners of cars with a keyless entry system. Once a car has been targeted, two criminals work together using electronic signal relay devices to steal the vehicle, normally from outside the owner’s home.

One criminal stands by the targeted car, while the other one stands close enough to the house to enable the device to pick up the signal from the key fob.

This signal is transferred to the second box, which is placed alongside the car or in the hands of the criminal, effectively fooling the car into ‘thinking’ the key is present.

With the doors unlocked, the criminals can start the car at the press of a button, leaving them free to drive away. In 2017, a group of researchers at Qihoo 360 were able to steal a car with a pair of gadgets built for just $22 (£16), while relay devices can be purchased online for as little as £100.

Considering a car can be gone in 60 seconds, this is an incredibly tempting proposition for wannabe car thieves.

Van drivers are also at risk of falling victim to this new crime, with Tracker reporting that 82 percent of Light Commercial Vehicles (LCVs) were stolen without the owner’s keys, with the Ford Transit accounting for more than half of all LCV recoveries made by the firm.

“Keyless entry technology has now been widely adopted in the LCV market, and this is evident in the fact that last year there was a two-fold increase in LCVs being stolen without the owner’s keys,” said Andy Barrs, head of police liaison at Tracker.

“The relatively new trend in vehicle theft termed ‘relay attack’, that allows criminals to harness more sophisticated theft techniques to overcome existing vehicle security technology, such as immobilisers and keyless entry systems, has played a significant part in this increase.”

How to avoid being a victim of keyless car theft

Instances of keyless car theft typically occur in residential areas, especially at night, so motorists are advised to be on their guard when at home. However, while car theft is on the rise – figures from West Midlands Police revealed that 9,451 cars were stolen in 2017, up from 5,344 in 2015 – there are steps you can take to protect your vehicle.

Although the relay device signal can pass through doors, walls and windows, it cannot penetrate metal, so storing your keys inside a metal container, a signal blocking wallet or even a microwave will safeguard your vehicle against an attack.

You can purchase a signal blocker pouch (or Faraday bag) for as little as £8 on Amazon, but do test it to ensure it is successful in blocking the signal. While it’s a good idea to store your keys away from the window or front door, think carefully before taking the keys upstairs or hiding them in the bedroom.

If a thief is determined to break into the house to find the keys, it’s perhaps better to let them take the vehicle than to put you or your family at risk. Other steps you could take to avoid being a victim of keyless car theft include:

Update: in January 2019, Halfords reported a 50 percent increase in the sales of steering locks, amid news that a significant proportion of motorists are leaving their cars unlocked.

“This is bad news for motorists, as it has the effect of causing insurance premiums to rise at a time when they are already being pushed up by a variety of factors, not least the recent change to the discount rate for life-changing personal injury compensation claims and the rises in insurance premium tax.”

In response, SMMT chief executive, Mike Hawes, said: “New cars have never been more secure and the latest technology has helped bring down theft dramatically – which is why less than 0.3 percent of the vehicles on the road is stolen today.

‘Technology can only do so much’

“Manufacturers invest billions to stay one step ahead of the criminals and the latest models feature sophisticated immobilisers, tracking devices and encrypted key codes to prevent cloning.”

Hawes called upon authorities to tackle the issue of keyless car theft head on, saying: “Technology can only do so much, and we continue to call for stronger safeguards to prevent the sale of cloning technologies, signal blocking and other devices that have no legal purpose.”

From speed limiters to black boxes: 15 ways the EU will improve car safety

The EU has revealed a number of regulations to improve road vehicle safety after 2022, including mandatory speed limiters...
Read more

Revealed: the world’s best-selling cars of 2017

A new rapid test developed by Bosch can detect the coronavirus in just two and a half hours. It's the latest development in the fight against COVID-19.
Read more

Revealed: the 20 most satisfying cars to own

The most popular used cars in 2017

BMW is joining the e-scooter trend

E-scooters are everywhere in Silicon Valley. Now, BMW wants to give us the Ultimate Scooting Machine with a new range launching this autumn
Read more