Vauxhall has updated the Astra, ready for the 2020 model-year. You might not notice the changes from the outside, but to sit in and to drive, it's even better than before. 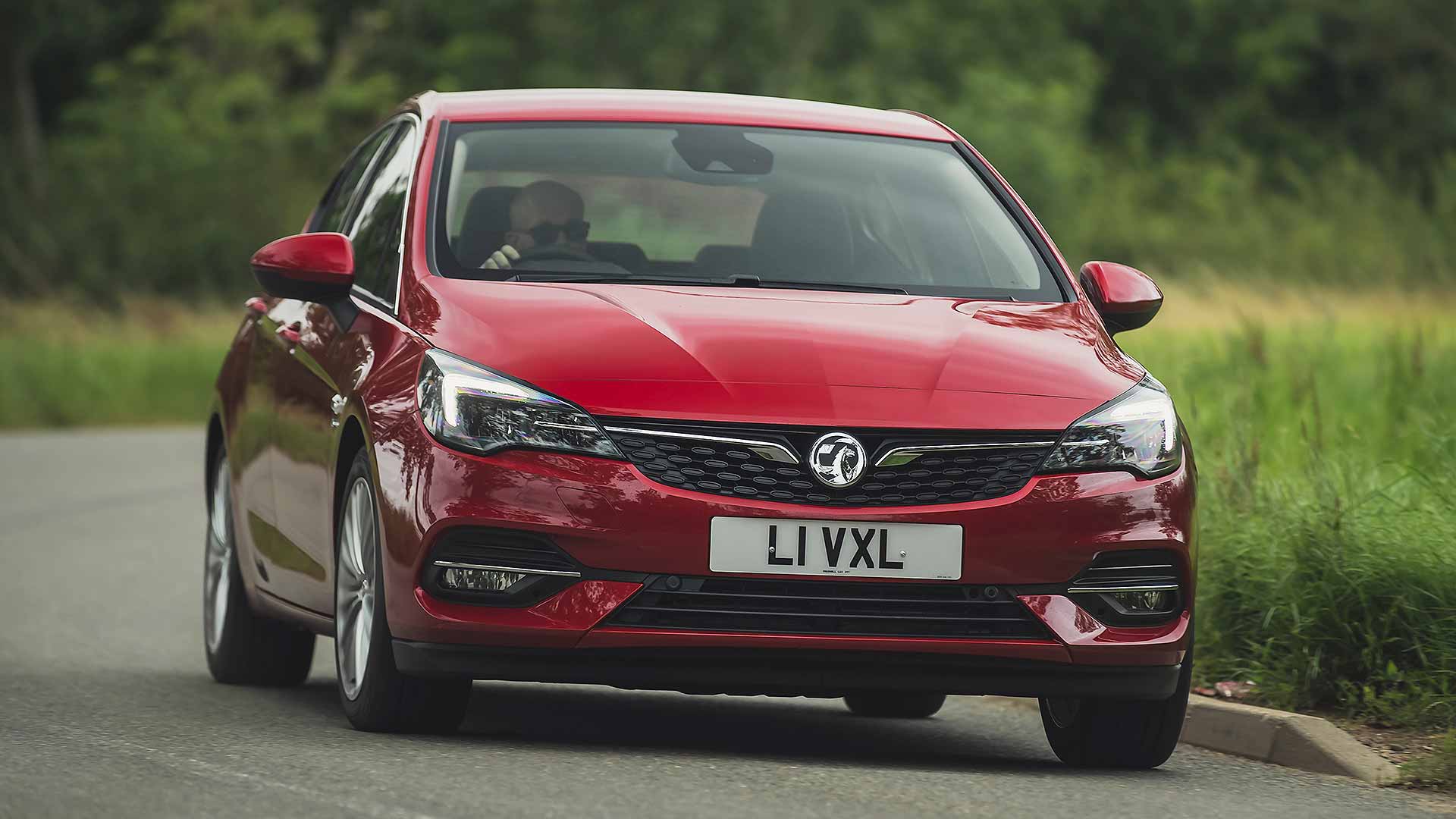 The Astra is one of the best cars Vauxhall makes, yet it’s frequently overlooked by family car buyers. It’s outsold by both the fresh Ford Focus and the Volkswagen Golf which, while aged, still carries the allure of the VW roundel.

So Vauxhall is having another go, with a mid-life refresh. Surprisingly, it has chosen not to advertise this with an obvious visual facelift. Customers, it argues, still like how the current car looks.

We think this could be a mistake, because there’s been so much work under the surface. The Astra is now even better to drive than before. The ho-hum styling update means all this risks passing people by. 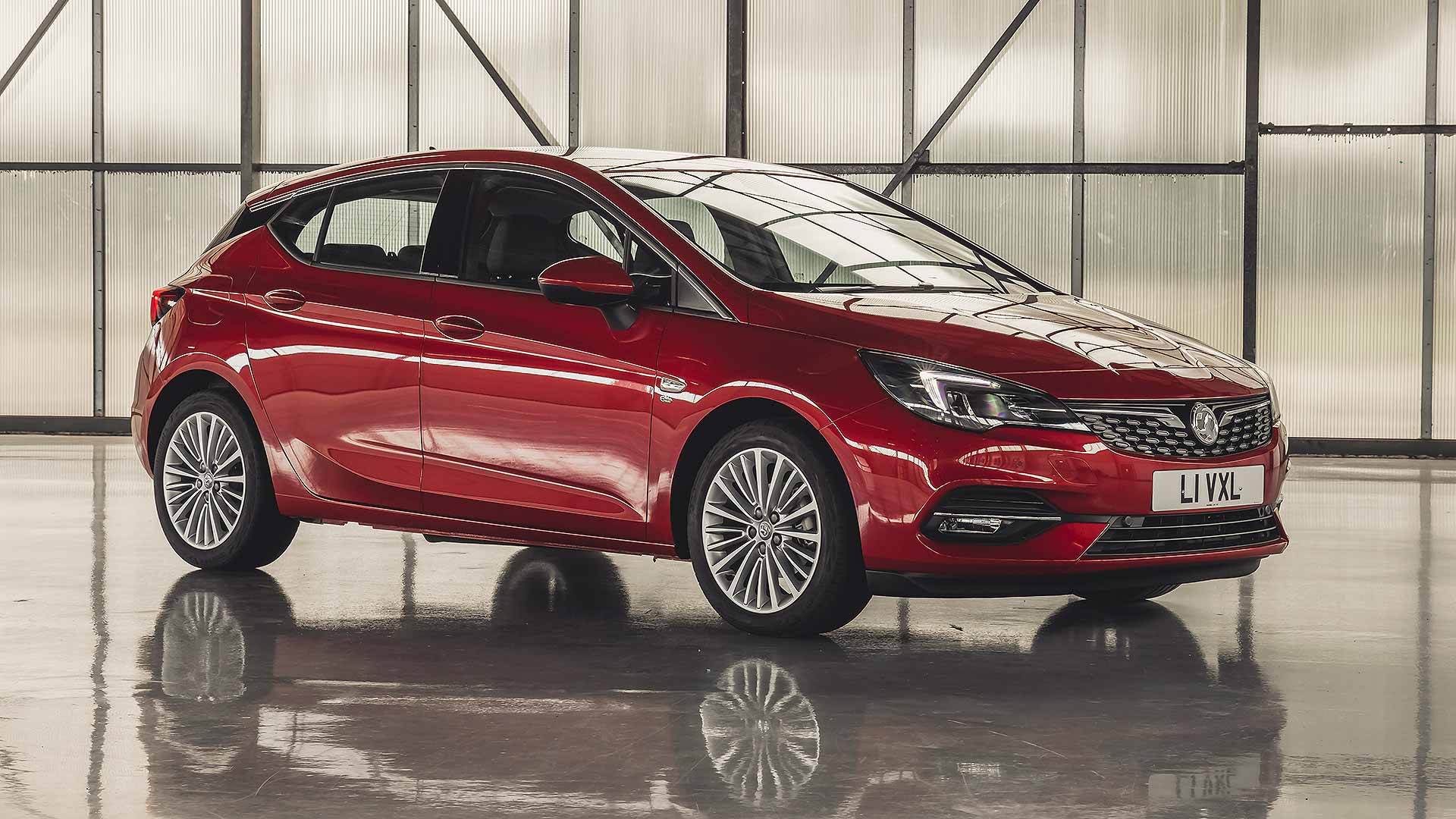 All-new engines are the headline change. Each is now a three-cylinder turbo: 1.2-litre petrol or 1.5-litre diesel (with a 1.4-litre turbo petrol for the handful who want an automatic gearbox).

They are very efficient engines, with both diesel and petrol emitting less than 100g/km CO2. Emissions of the outgoing Astra were too high, but Vauxhall has fixed that and then some. 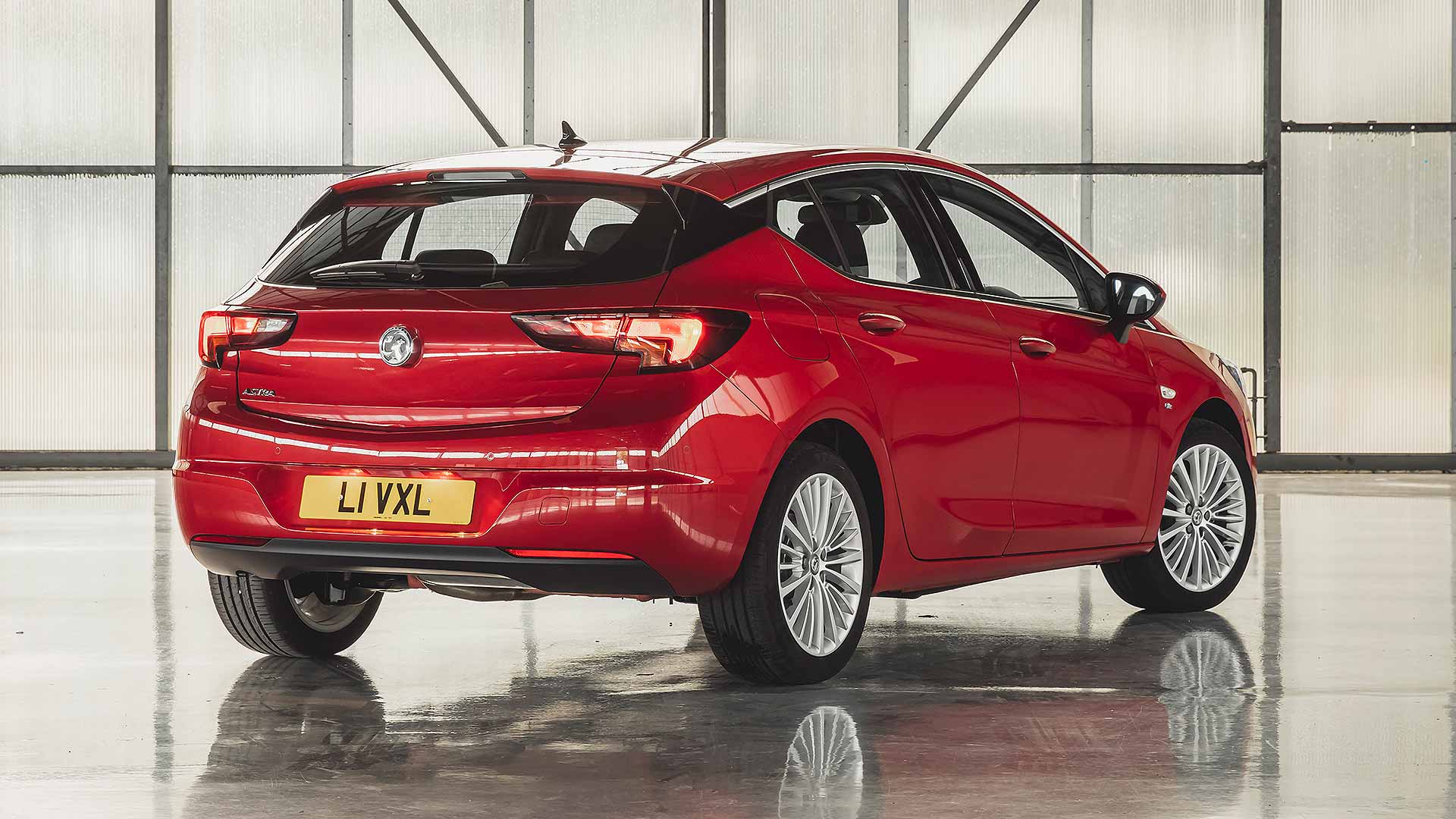 It’s a nice engine, with a cheery three-cylinder throb and decent pulling power when the turbo is spooling. Just don’t let the revs drop below 2,000rpm, because there’s nothing there. You’ll be left floundering at roundabouts before the turbo kicks in.

Despite its small capacity, the engine cruises quietly, and reinforces a real Astra strength: refinement. 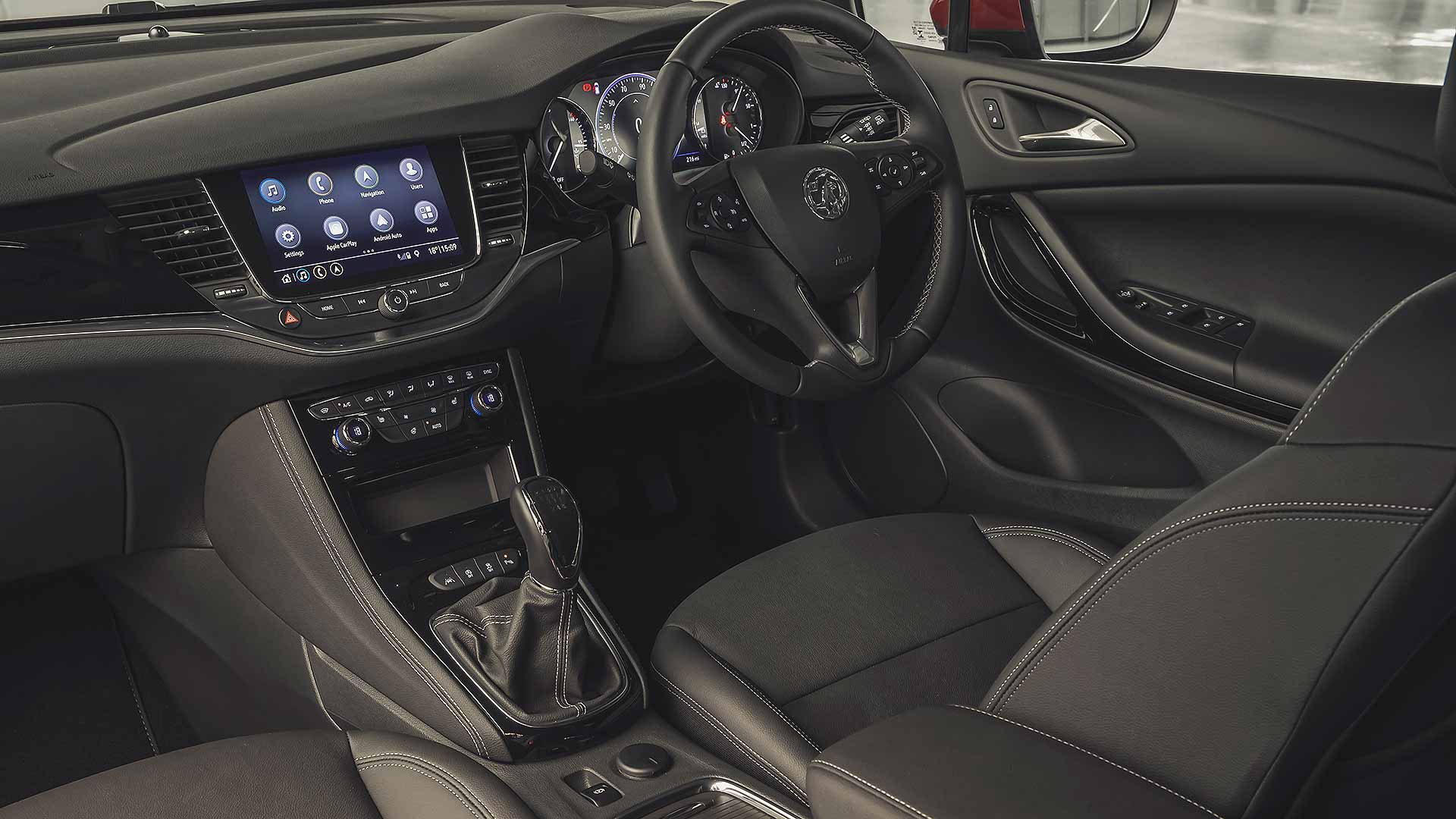 Indeed, this is a car as quiet as one from the class above. Road noise is subdued, wind noise is distant and other sources of noise are well isolated. It takes the pain out of long journeys, and delivers a high-quality, Germanic feel as it glides effortlessly along.

Although exterior changes are limited to a tweaked front end and a couple of new paint colours, Vauxhall has installed active aerodynamics behind the front grille, and air-smoothing panels underneath. This improves the drag factor from 0.29 to 0.26 – the same as the ultra-slippery Vauxhall Calibra from the 1990s. Undoubtedly, this helps make the Astra such a peaceful cruiser. 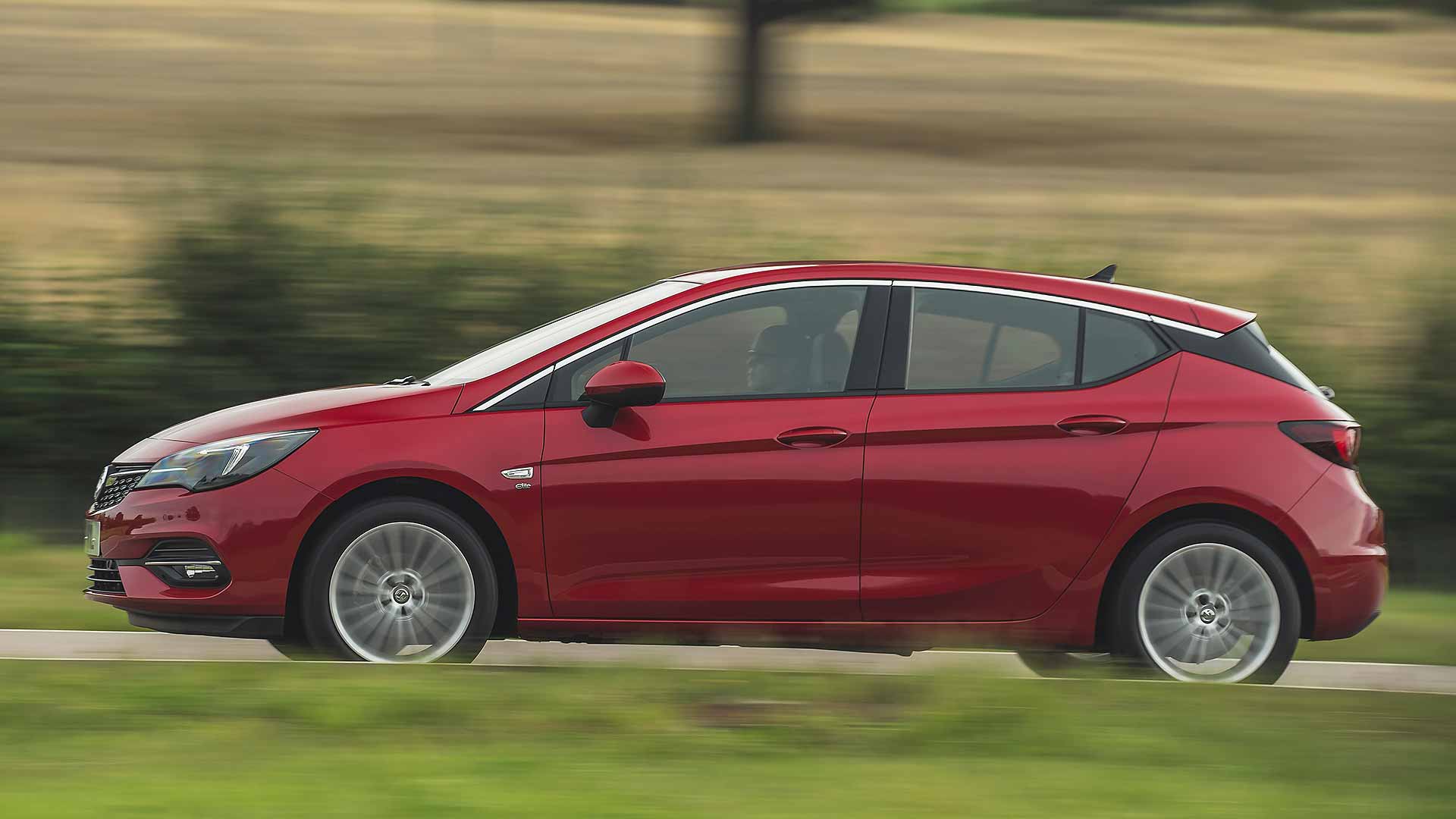 The suspension has been revised so it rides bumps more smoothly, but still handles positively. The Astra is now an even more satisfying car to drive. It isn’t quite as dynamic as a Focus, but doesn’t have that car’s sporty ride, either.

Also, it’s more engaging than the squidgier Golf. If you drive on twisty roads regularly, your only gripe will be steering that’s a bit soft just off-centre. If it’s mainly motorway, you’ll appreciate the relaxed positivity. 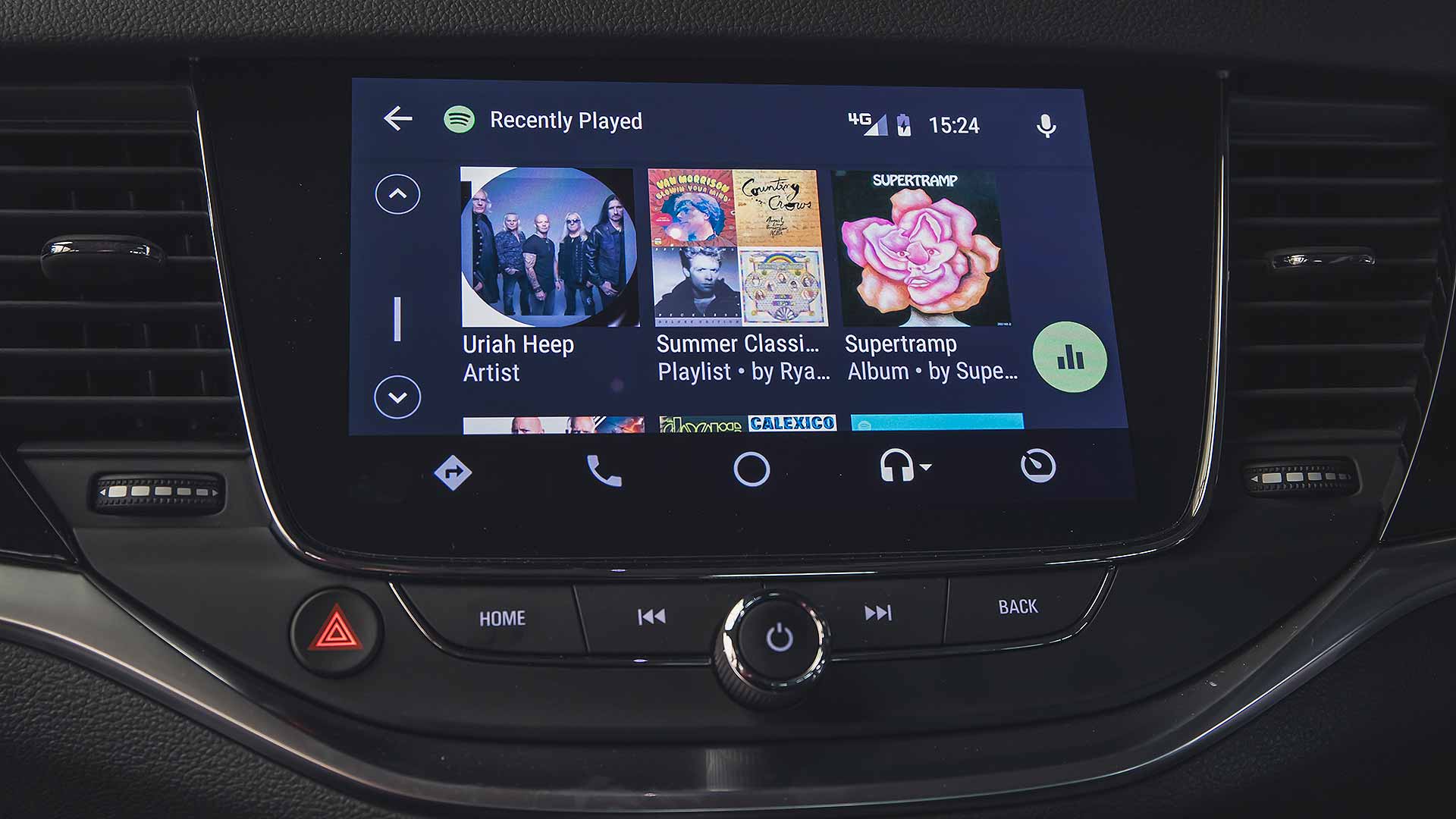 Inside, Vauxhall offers three grades of infotainment. Base cars have a 7.0-inch touchscreen, with a ‘pro’ version (pictured above) having an 8.0-inch screen plus matching digital instrument cluster. All come with Apple CarPlay and Android Auto. The interior has been tidied up – that daft panel in the centre console is now a small cubby – and already-impressive quality notched up yet further. It makes a Focus feel plasticky.

Front seats are comfortable (Vauxhall chairs are often superb) but rear space is only average, and the boot is middling, too. The Astra is a little smaller than its direct rivals, and it shows in the rear. Other gripes include a manual handbrake that’s far too heavy (posher trims have an electronic parking brake) and an oddly pronounced restart shudder following auto stop-start. 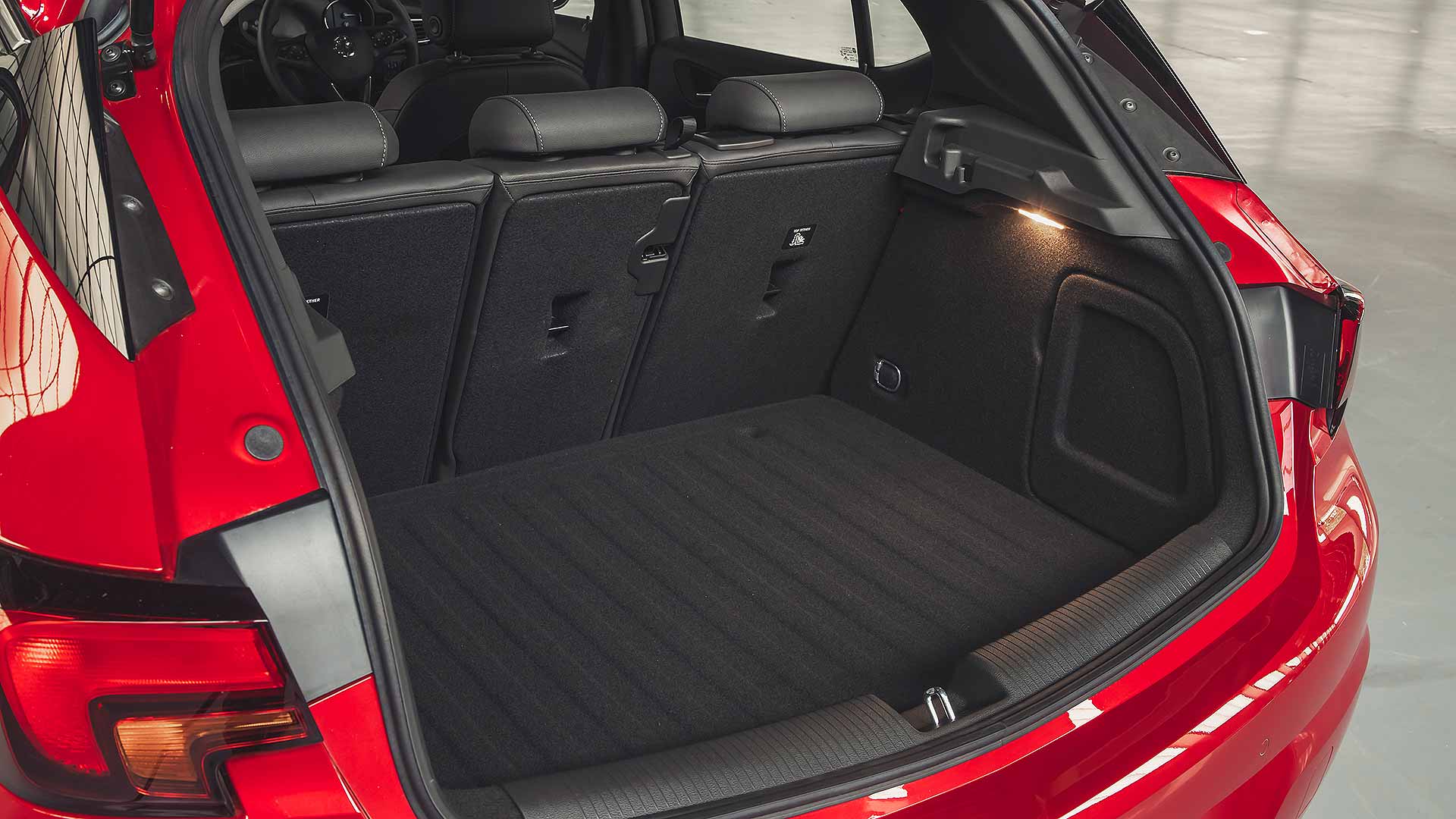 The diesel is particularly rugged here, and the clatter at idle is more gravelly than in, say, a Golf TDI. At all other times, though, this new engine is smoother and even more hushed than the petrol. It is responsive, suffers less from low-rev lethargy and is a consummate cruiser. In launching a lower-power 105hp version, Vauxhall has even reduced the price premium compared to petrol. Much as we like the petrol, we’d rather take this impressive new diesel.

Vauxhall won’t sell many 1.4 autos, but those who do choose it will enjoy a very capable mini-exec. Despite being a CVT ‘stepless auto’, it has none of the slipping-clutch effect you usually suffer, and the 1.4 is a strong performer. Choose this if you’re downsizing from an Insignia-sized car: you’ll barely notice the difference. 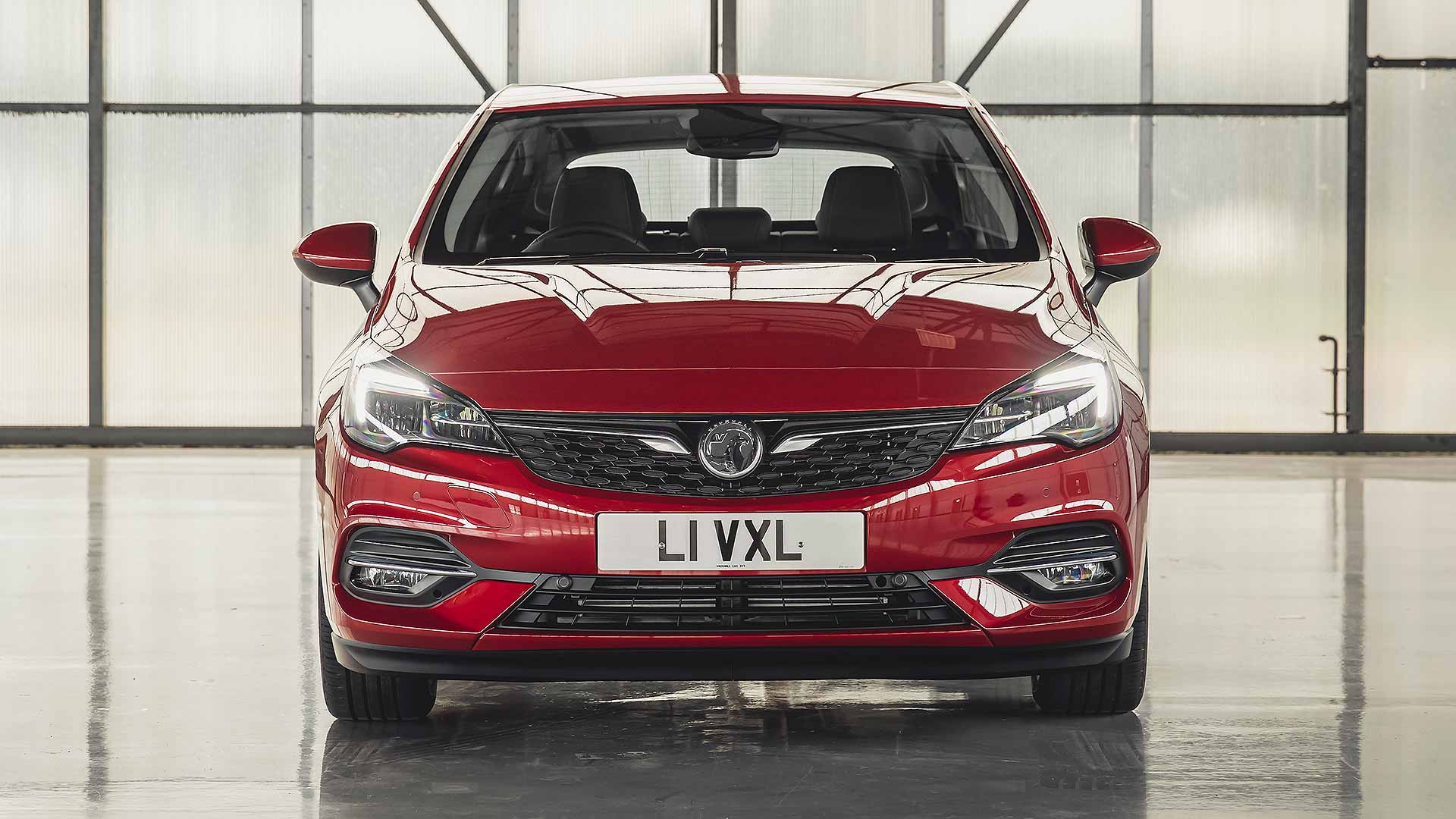 Trim lines are now simpler. SE and Business Nav are entry-level fleet-focused variants, then there are three variants of SRi, plus Elite Nav for fleet upgraders and Ultimate for the tiny percentage who want it all. Pricing is broadly similar to the outgoing car, and starts from £18,885.

The clincher is the sheer efficiency of the new engines. The 105hp diesel emits just 90g/km CO2, which is a big money-saver for fleets – particularly as all engines are now so clean, they’re RDE2-compliant. In plain English, this means diesels escape the four percent surcharge, saving both companies and company car drivers thousands. No rival is RDE2-compliant yet: this is a massive advantage for Vauxhall. 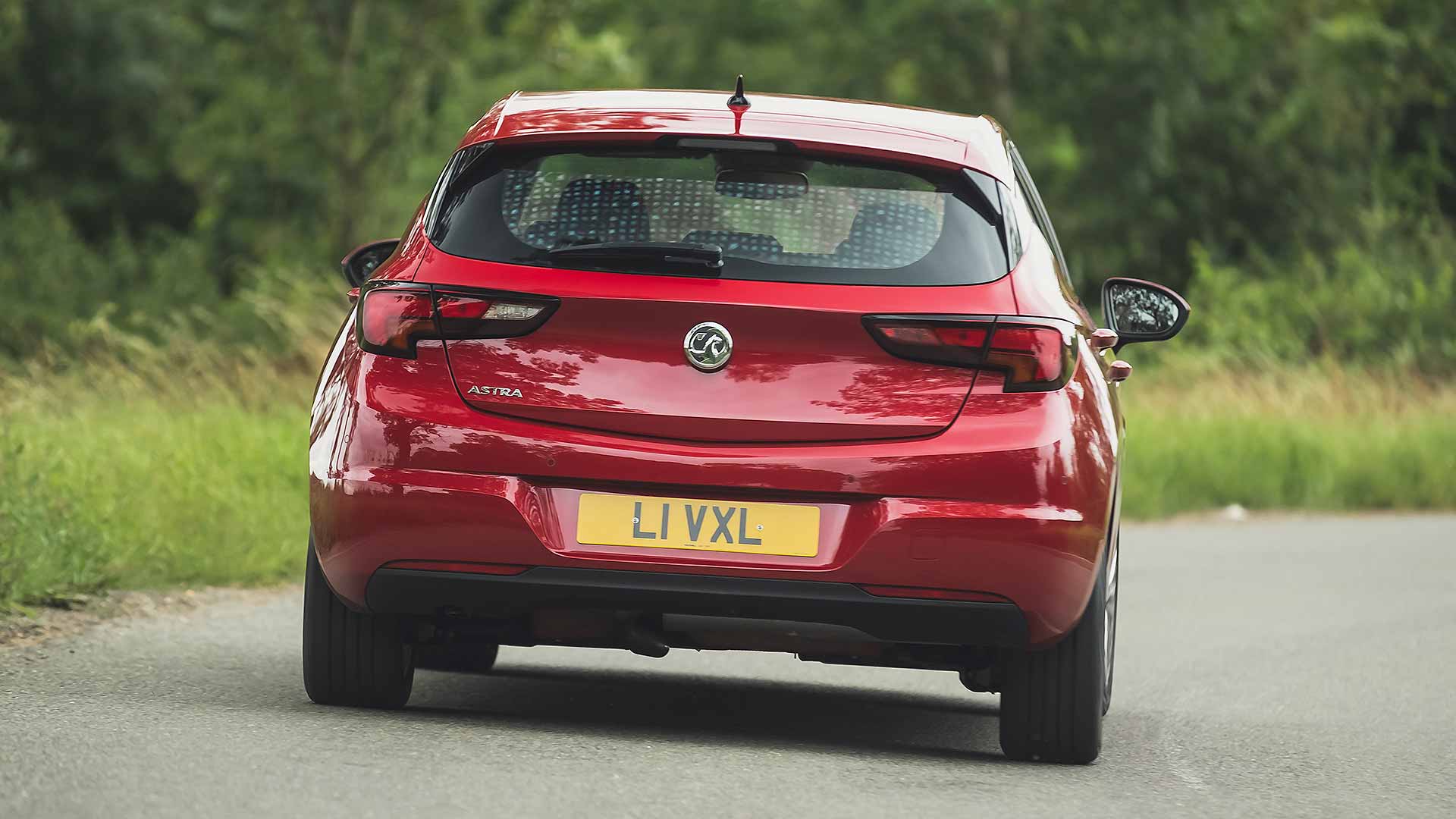 Mid-life upgrades have made the very decent Vauxhall Astra even better. It’s British-built, too (and hopefully will remain so) for those who want to support the home team. What a pity the designers haven’t made more of it with a standout visual refresh.

Here’s hoping the planned punchy new ad campaign can encourage more people into it. This is a car that still deserves to be shortlisted.

The Porsche 911 Turbo is the ultimate 'city' supercar. But it’s also longing to escape – and fast. We drive the 992 Turbo S Cabriolet.
Read more
Previous articleBugatti is first to break the 300mph barrier
Next articleFrankfurt Motor Show 2019 preview: the 25 most exciting new cars

It's T for Touring: new 911 is even lighter than the base Carrera S
Read more

Should older drivers be banned from the road?

A study of 2,101 people found that 49 percent of Brits think older drivers should be banned from the road, with 69 percent said they should face a re-test.
Read more

The 20 most literal car names

Forget Interceptor and Thunderbird, because these are some of the most literal car names of all time
Read more

Up to 6.5 million UK cars have faulty windscreen wipers

Around 17 percent of UK cars may have sub-standard wipers. But fixing the problem isn't difficult.
Read more
Car Reviews

Owned by the same person since 1985, Bring a Trailer is currently hosting an auction for the popular classic rear-engined Porsche Speedster
Read more
Car News

Nissan have signed a deal for up to 2,000 Leafs to be made available for Uber drivers in London, as part of Uber's EV-only London plan for 2025
Read more

Slowing down and maintaining a safe distance to the car in front are just two things to remember when you're driving in wet weather.
Read more
Advice