Opinion: The life and deserved death of the coupe cabriolet

Remember the coupe cabriolet? The CC hit the mainstream at the turn of the millennium, but its boom years are behind it. Much like that bulky rear end. 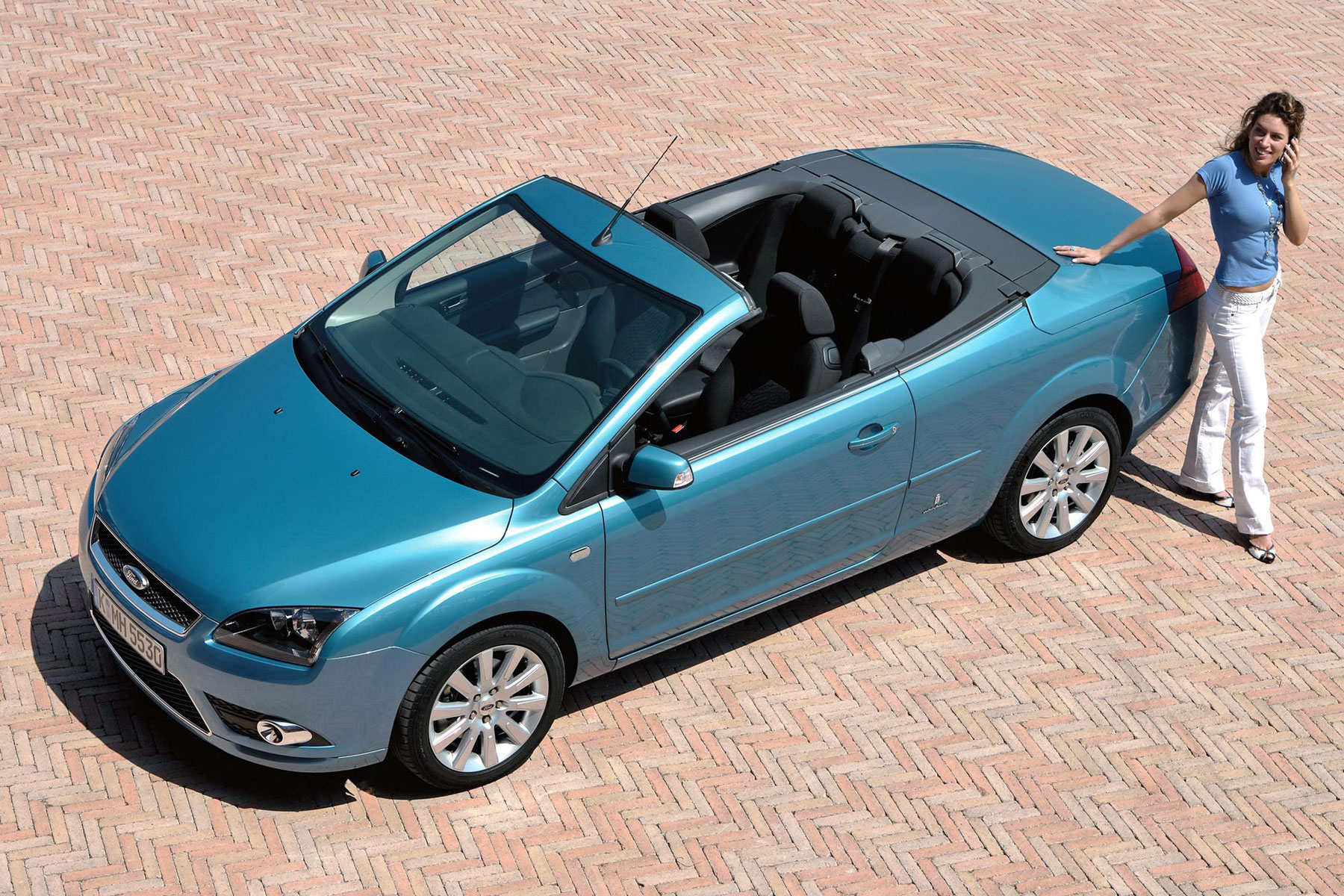 Remember the coupe cabriolet? After decades of being little more than a paragraph in the big book of automotive history, the open-or-shut car enjoyed 20 years of relative success from the start of the millennium.

Now, without so much of a farewell note left on the table in the hallway, the coupe cabriolet – or CC, if we’re being familiar – has all but disappeared, rendered obsolete by the buying public.

The hard-top convertible isn’t entirely dead. The Mazda MX-5 RF, for example, is the closest you can get to a factory-built MX-5 coupe, while the Ferrari F8 Spider caters for those with a bigger budget.

But the boom years are most certainly over, with the pages of Auto Trader littered with examples of cars that promised endless hours of sunshine, bragging rights over your next-door neighbour and the theatre of roof origami. Like the hideous rump required to house a complicated roof, the coupe cabriolet’s glory days are behind it.

It all started in 1934 when Parisian dentist Georges Paulin designed and patented the world’s first automatic retractable hard-top. Using Peugeot platforms, Paulin worked with coachbuilder Marcel Pourtout to create the 301, 401 and 601 Eclipse. Following initial disinterest in the technology, Peugeot used Paulin’s invention to build the 402 Eclipse. 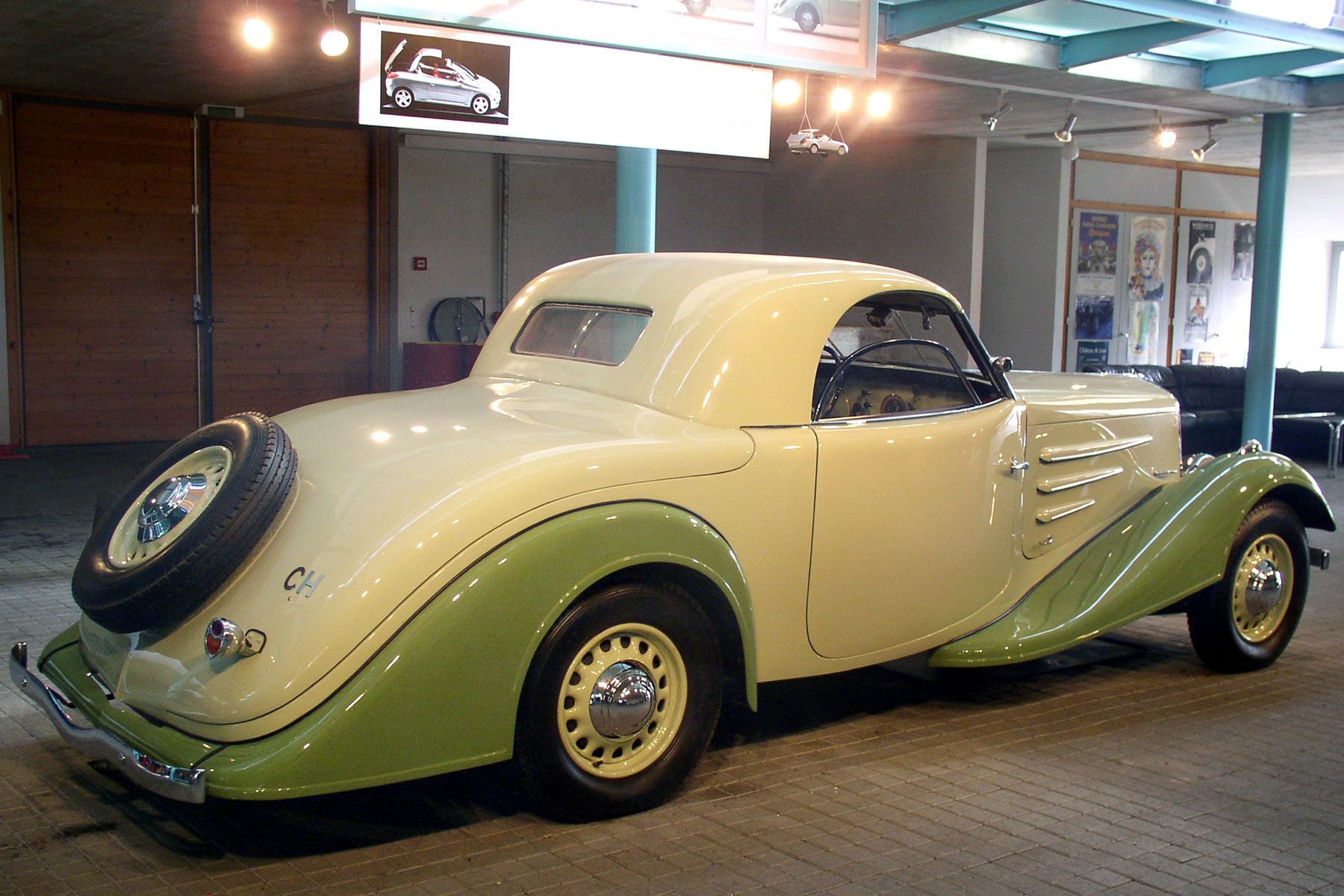 Factors then conspired against the coupe cabriolet. The technology was too expensive, while the breakout of war meant that car manufacturers were preoccupied with more important matters. Aside from the Chrysler Thunderbolt of 1941, the technology remained dormant until 1957, when Ford had another stab at popularising the concept.

Recognising that Peugeot had got there first, Ford marketed the Fairlane 500 Skyliner as the ‘world’s only hide-away hard-top’.

‘Here’s the car the motoring public has dreamed of for years… the car many automotive experts said would never be mass-produced. Now, Ford has made this ‘miracle’ a reality. It’s another first from Ford, the company that brought you low-cost V8 power and created such automotive classics as the Thunderbird,”’ proclaimed the brochure.

With just a touch of a button, the Skyliner could be transformed from a large American coupe into a sizeable American convertible, with the process taking less than a minute. If the rear deck looks enormous, that’s because it was. The Skyliner was a full three inches longer than the standard Fairlane 500, which was hardly lacking in length.

It was complicated, yes – 610 feet of wiring, three electric motors, eight circuit breakers, 10 relays and 10 limit switches – but it was also highly desirable. Ford sold around 20,000 in the first year, with production continuing until 1959.

Invented by the French and developed by the Americans, it was left to the Germans to take the folding hard-top to the masses. The Mercedes-Benz SLK of 1996 laid the foundations for a swathe of coupe cabriolets to hit the market in the new millennium.

Parent company Daimler’s attempts at claim a world-first were dashed, with the official line reading: ‘Mercedes-Benz was the first manufacturer to revive this type of roof, which harked back to an earlier era. When the SLK appeared as a production model in 1996 (R170), its roof was such a hit that several competitors subsequently brought out versions of their own.’

The SLK stemmed from two 1994 concepts: the SLK I and SLK II. The latter, unveiled at the Paris motor show, featured an electro-hydraulic ‘Vario roof’, transforming the oh-so-pretty SLK ‘from a convertible into a winter-proof – or vice versa – in just 25 seconds’.

By the time it was replaced by the R171 in early 2004, 308,000 had been produced, but its legacy was more far-reaching. Put simply, Mercedes-Benz, Ford and Georges Paulin have a lot to answer for. 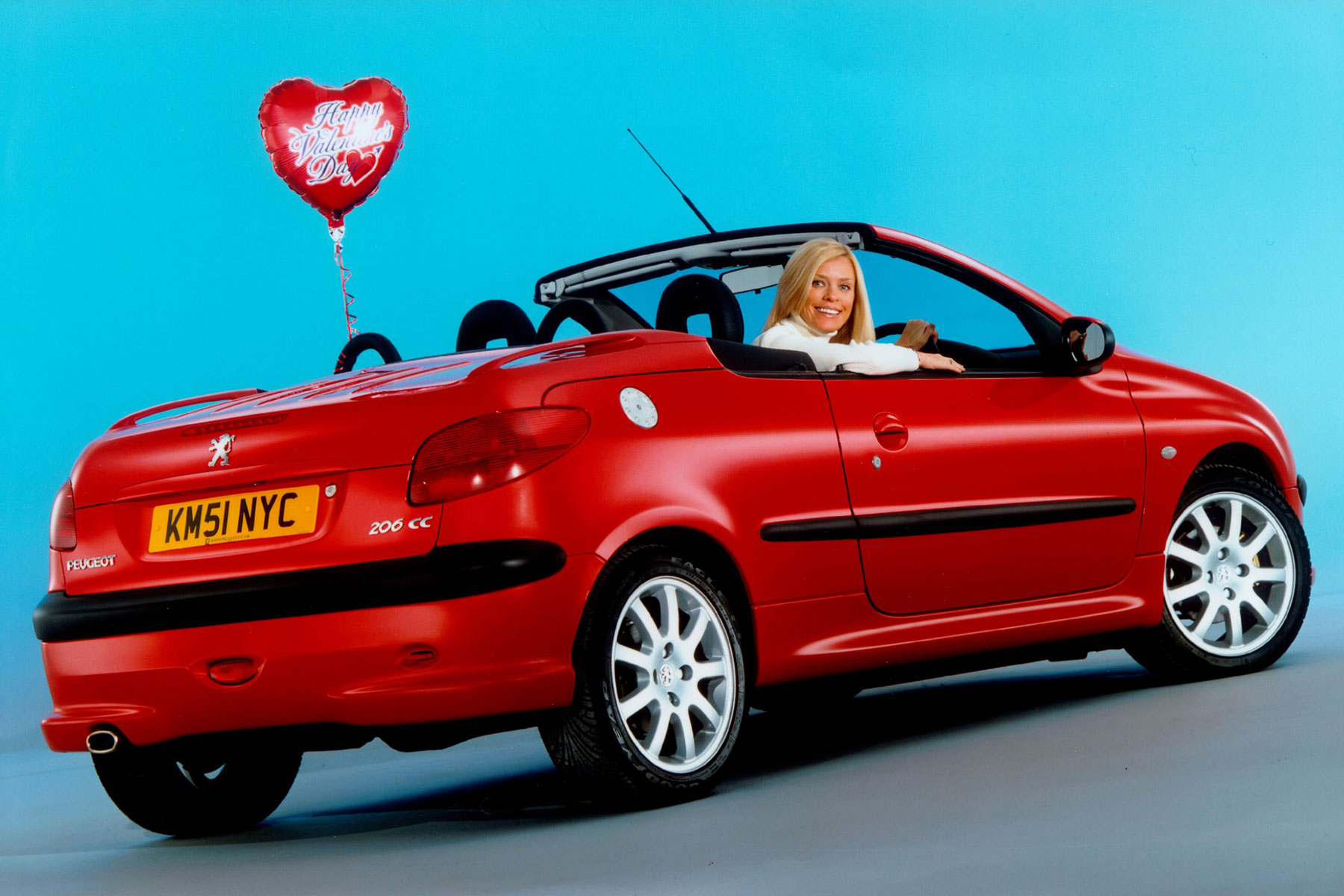 In 2000, the SLK had one direct rival: the new Peugeot 206 CC. But while the SLK would set you back at least £28,000, the topless Pug was available for about half that price. It also looked pert and pretty, which isn’t something you can say about the majority of coupe cabriolets.

Its replacement, the 207 CC was about aesthetically pleasing as a cold sore, while the larger 308 CC is a definite ‘swipe left’ affair. For cars supposedly majoring on kerb appeal and style, the likes of the Mitsubishi Colt CZC, Nissan Micra CC and Renault Megane CC look about as glamorous as a fresher student after a ‘pound a pint’ night in Newcastle.

There are exceptions to the rule. The Volkswagen Eos, for example, looks like a bespoke build, rather than something based on an existing hatchback. Dare we suggest that it looks more desirable than the equivalent Golf, which was sold alongside the Eos for a while?

Then there’s the Pininfarina-designed and built Ford Focus CC. At the front, the Focus ST styling gives it a sense of purpose, although the rear end makes the Focus saloon look like a pin-up model. It’s that roof mechanism, you see. It needs somewhere to go. 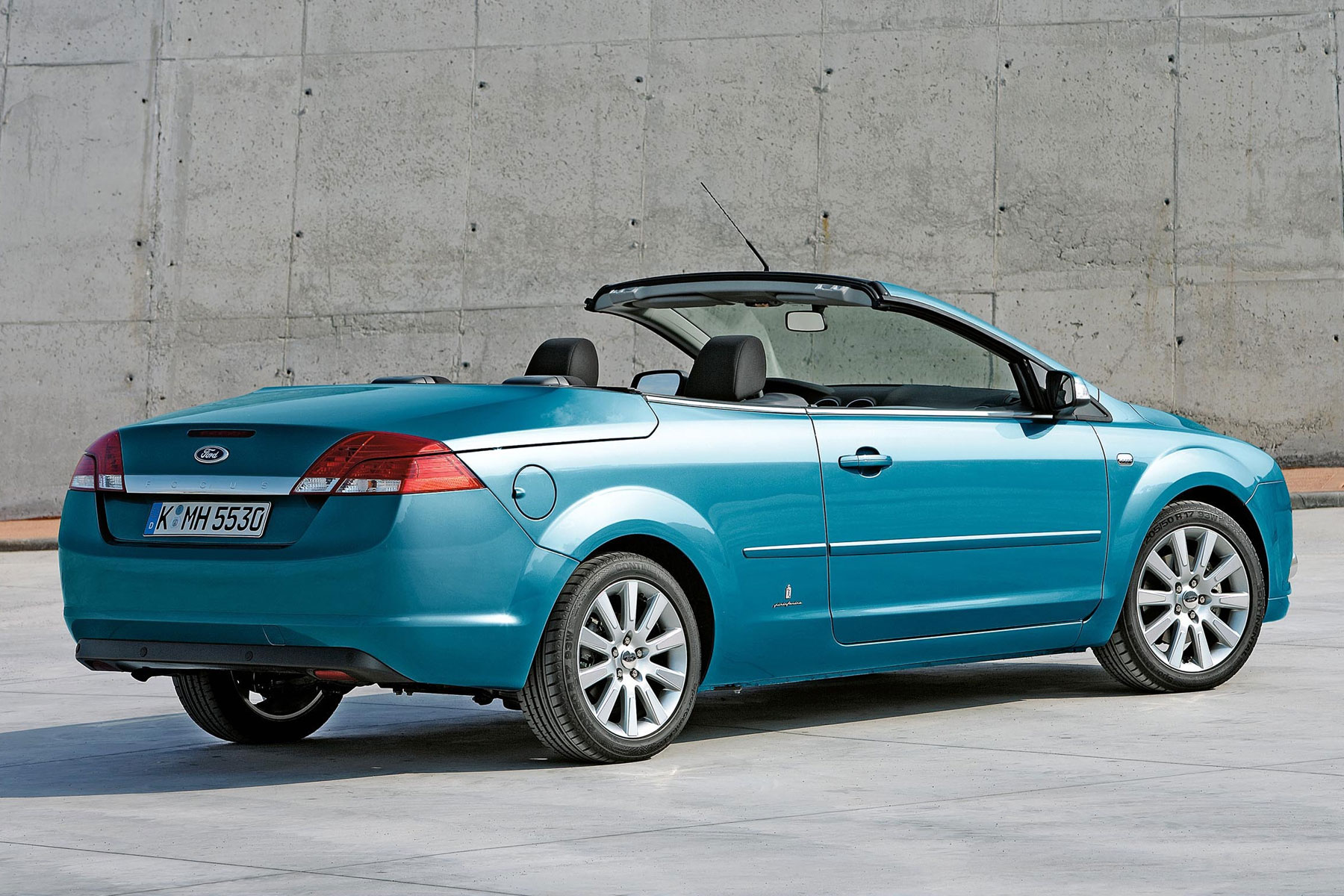 Which brings us on to the inherent problems with the coupe cabriolet: some sacrifices are required. Taking styling out of the equation – beauty is in the eye of the beholder, after all – life with a CC often means living with cramped rear seats, a small boot, stodgy dynamics, lacklustre performance and the feeling that one day, just maybe, the roof mechanism might leave you high and dry. Or, worse still, low and wet.

It’s not all bad news. There’s no denying that these transformers are high on theatre. Only a peacock loitering in a National Trust car park is able to put on a display to rival a CC. Shrinking violets need not apply.

Then there’s an issue of security. It must be nice to return from a night at the opera without the prospect of a screwdriver through your soft top. And, away from bragging about meaningless 0-60mph times, how joyous to be able to compare the time it takes to raise or lower the roof. 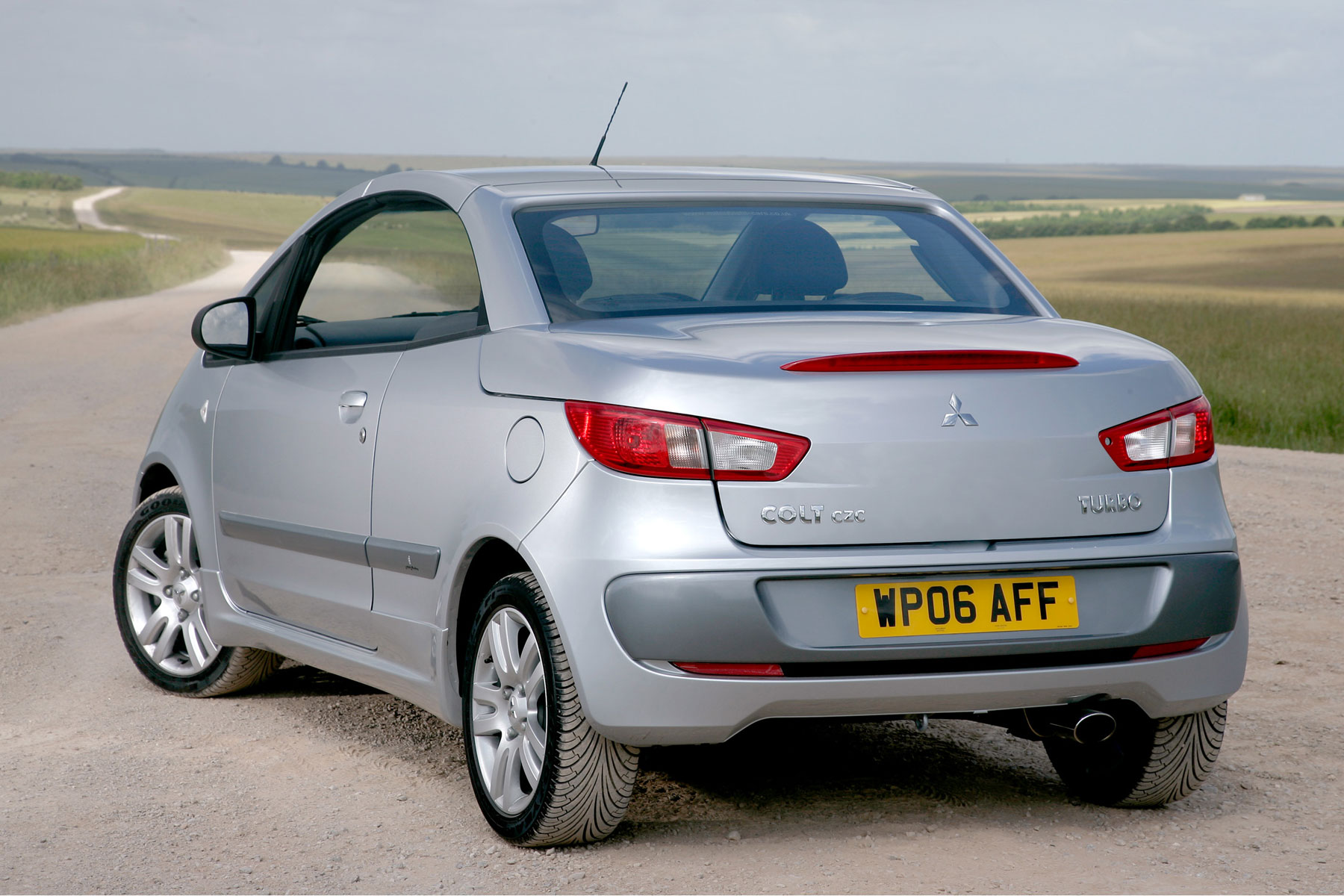 But theatrics and security simply weren’t enough for the buying public, who were unable to look beyond the Kardashian-rivalling rear. The older they get, the less desirable they will become (much like Kim?), with buyers and dealers deterred by the complexity roof mechanisms. Did somebody mention French electrics and warranty claims?

There are also the concerns about getting wet. Consult a used car guide for a coupe cabriolet, and you’ll be greeted with more tales of unwanted leaks than an emergency plumbers hotline.

When the current obsession with SUVs and crossovers is finally consigned to the history books, maybe we’ll see the second coming of the CC. Until that day, we’ll have to watch as they spiral into banger territory, teetering on the edge of oblivion.

Georges Paulin was a very talented man but had he foreseen the horrors of the Colt CZC, the Micra CC and the back of the Focus CC, he might have stuck to pulling teeth. Pass the forceps.

Want to drive a McLaren on-track? Here’s how

Seriously cool: 10 people will get to run over to their new cars and take their first drive at Le Mans
Read more

New research has revealed the most popular car colours in the UK, as well as which paint colours help cars hold their value.
Read more

Ranked: the worst areas in the UK for potholed roads

Pothole season has started, as overnight frosts begin to take their toll on UK roads. Our league table reveals which counties have the most potholes.
Read more

Cars could be banned from parts of the Lake District