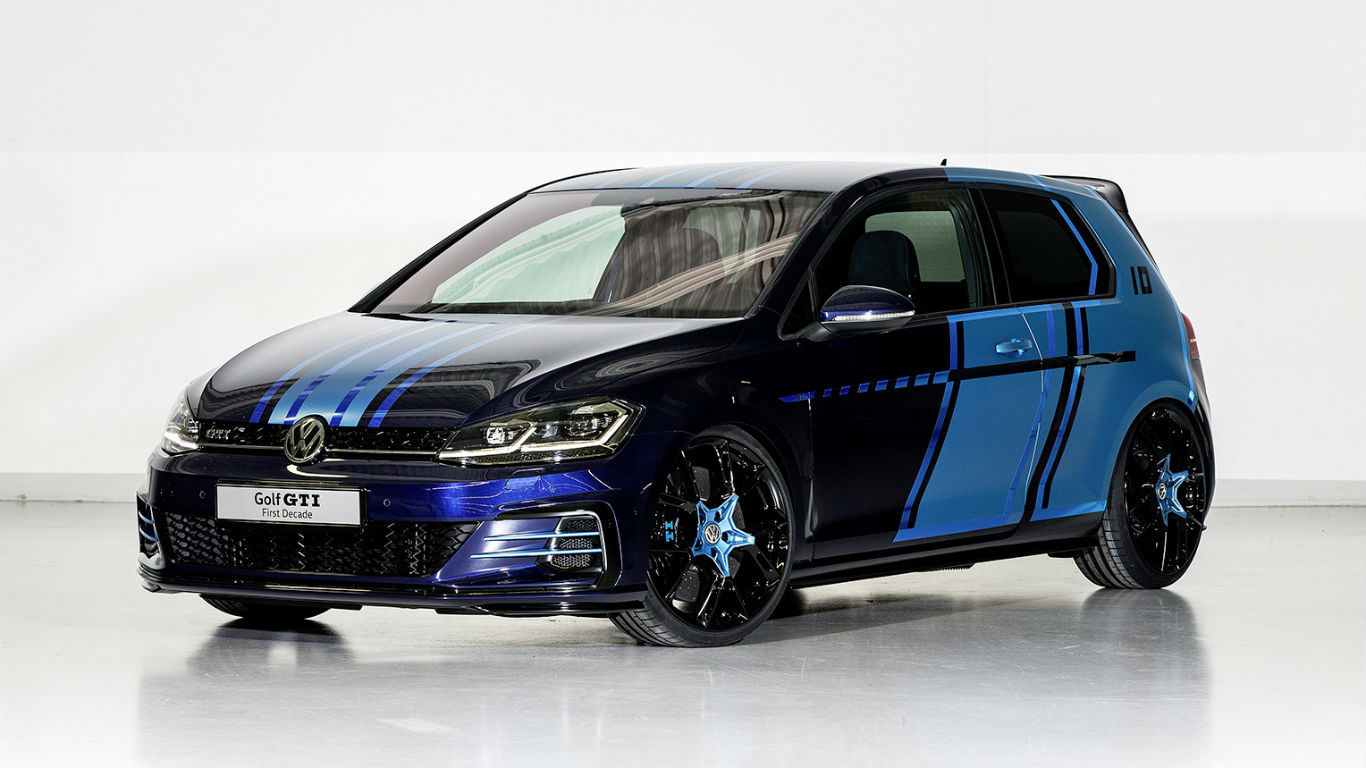 If this hybrid Golf is anything to go by, performance fans needn’t be worried about the future of the GTI brand in an era of post-Dieselgate cost cutting. Making its debut at the GTI fest that is Worthersee 2017, the Golf GTI First Decade combines a 410hp petrol engine with a 12kW electric motor.

It’s the work of 18 to 23-year-old apprentices at Volkswagen and is the latest of 10 show cars revealed at the Austrian lake-side extravaganza since 2008.

The First Decade’s clever hybrid system can be operated in three different ways. Drivers can opt for rear-drive electric-only mode, or switch to front-wheel-drive petrol running. For ultimate traction (and performance), the two powertrains can work together as a four-wheel-drive hybrid. Interestingly, the different modes can be selected remotely using an app or via the car’s infotainment display.

Even by the vee-dub-crazy standards of Worthersee, the First Decade is sure to stand out – with Atlantic Blue paintwork and large patches of dark blue foil. A Clubsport rear spoiler completes the bold look, along with 20-inch alloy wheels.

Inside, there are just two seats. Both of these can be moved using a phone app, along with clever massage functions. Replacing the rear seats is, why, a high-end 1,690-watt 11-speaker sound system.

If one quirky concept wasn’t enough for this modified car show, Volkswagen is taking a second concept to Worthersee. The GTE estate Impulse is the work of 14 apprentices from the Zwickau vehicle plant, and uses a prototype battery with an impressive 16.8 kWh capacity. 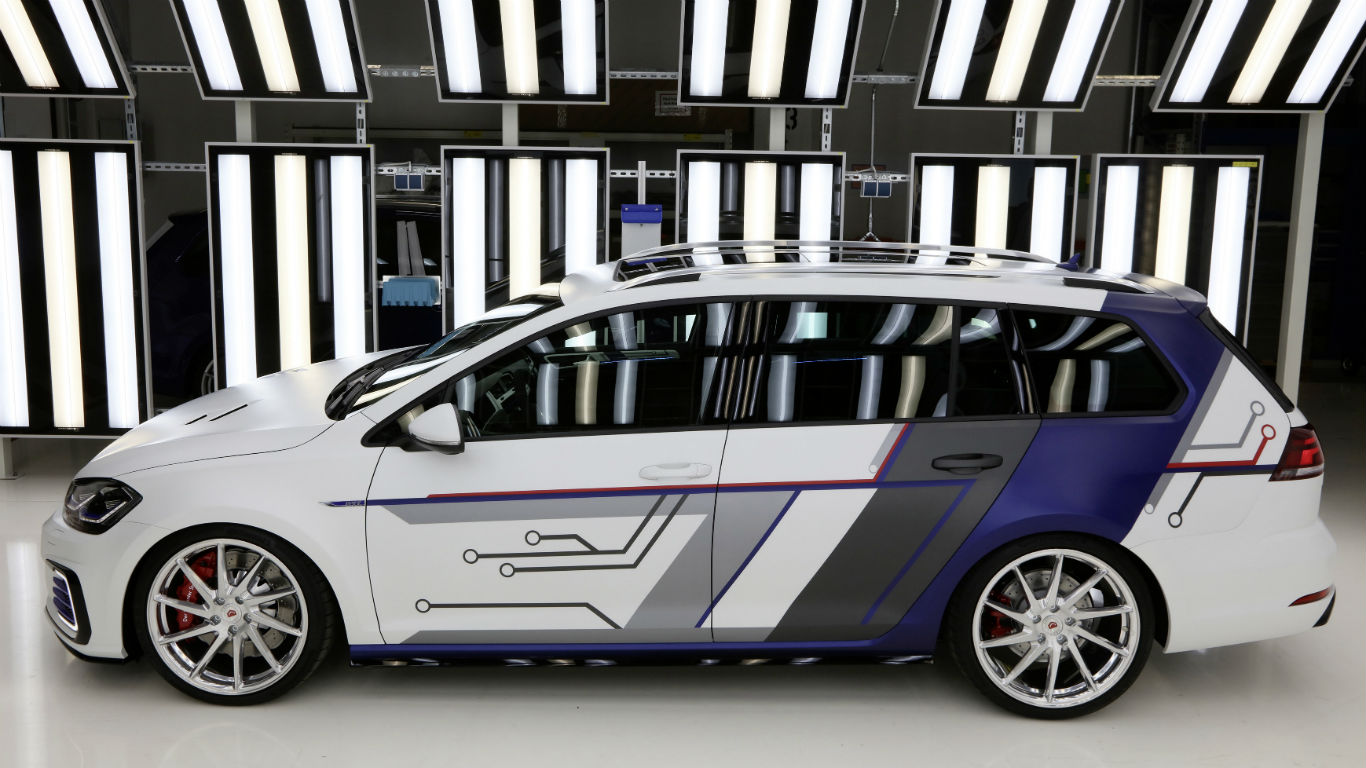 Competing for attention with the GTI First Decade on VW’s stand, the Impulse features a five-tone matt paint scheme made up of a variety of colours. Inside, animated lighting can be controlled using a mobile phone app.

We’ll be seeing both Volkswagen concepts at Worthersee 2017 over the coming days, where Motoring Research will be reporting live with all the GTI news and latest pictures.