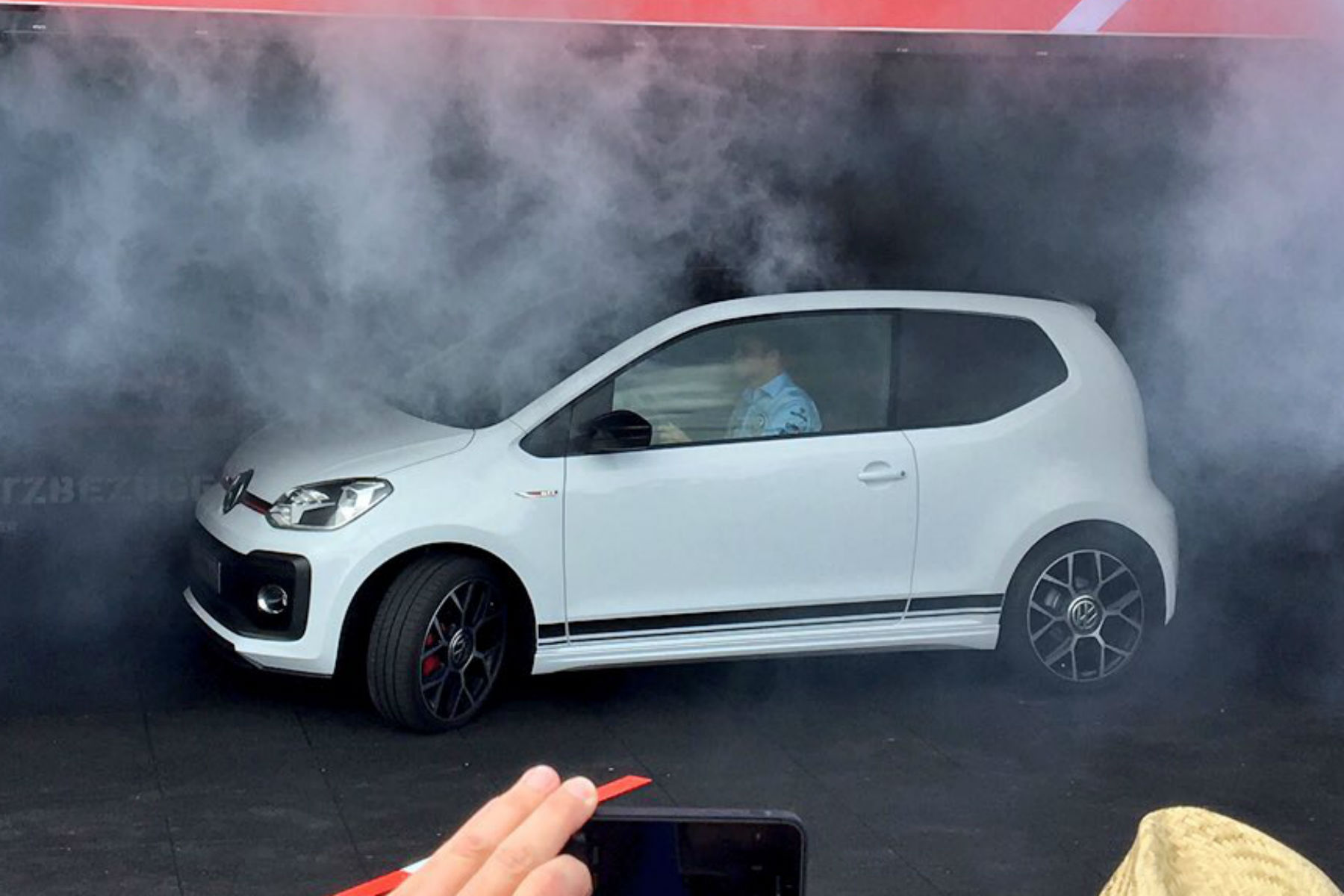 Volkswagen has revealed a near-production concept of its new junior hot hatch, the Up GTI, at the annual GTI festival at Worthersee, Austria.

Producing 115hp from its 1.0-litre three-pot turbo engine, the Up GTI might not sound like the hottest of hatches. VW’s keen to draw links with the original Mk1 Golf GTI, however, which packed 110hp and weighed just 810kg. The Up GTI is set to weigh 997kg.

The new baby GTI will hit 62mph in 8.8 seconds (0.2 seconds quicker than the original Golf GTI) and is good for a top speed of 122mph. Its ride height has been dropped by 15mm, while a spoiler has been fitted to increase downforce (and definitely not just for appearance…).

Cosmetically, it gets all the GTI treatment. So, there’s a red stripe beneath the honeycomb radiator grille, while the door mirrors are finished in black. The Up GTI sits on 17-inch alloys and will be available in a choice of red, white, silver and black colours – as well as a new shade of blue bespoke for the GTI.

Pushing the link with the original GTI, Volkswagen says the Up is similar in size inside to the Mk1 Golf. Indeed, VW’s city car is sharing a stage with a mint example of a Mk1 at Worthersee. The Up’s interior features a leather-trimmed sport steering wheel, a GTI gear knob and the iconic tartan cloth seat pattern.

More Volkswagen Up on Motoring Research:

Buyers will be given a choice between three- and five-door models when the Up GTI goes on sale in 2018. Prices for the production version are yet to be confirmed, but expect it to come in at around £14,000.