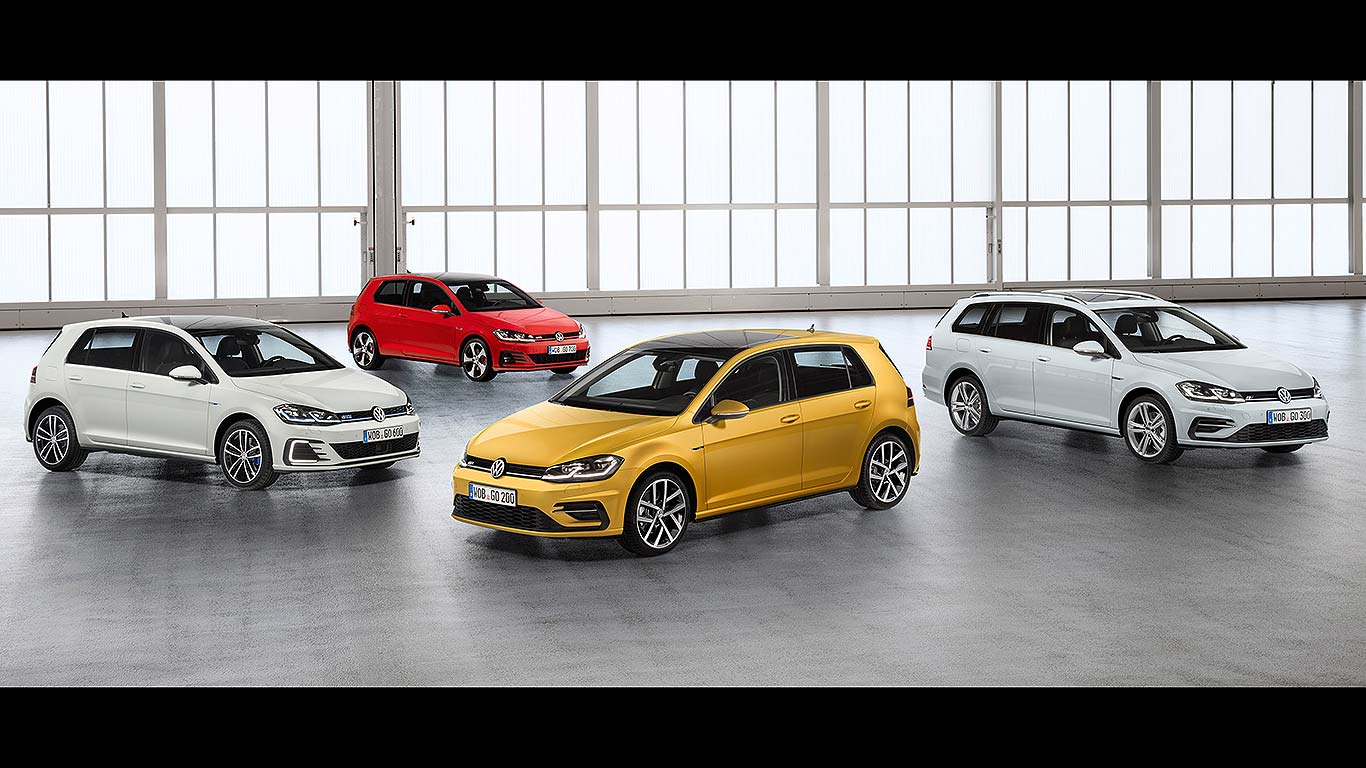 The popular Volkswagen Golf has been updated for 2017 – bringing with it new infotainment systems, more comprehensive safety systems, an all-new TSI petrol engine and DSG gearboxes with more gears. Styling has also been tweaked, but you’ll be hard pushed to notice: the most standout visual update is a vivid new metallic yellow colour. 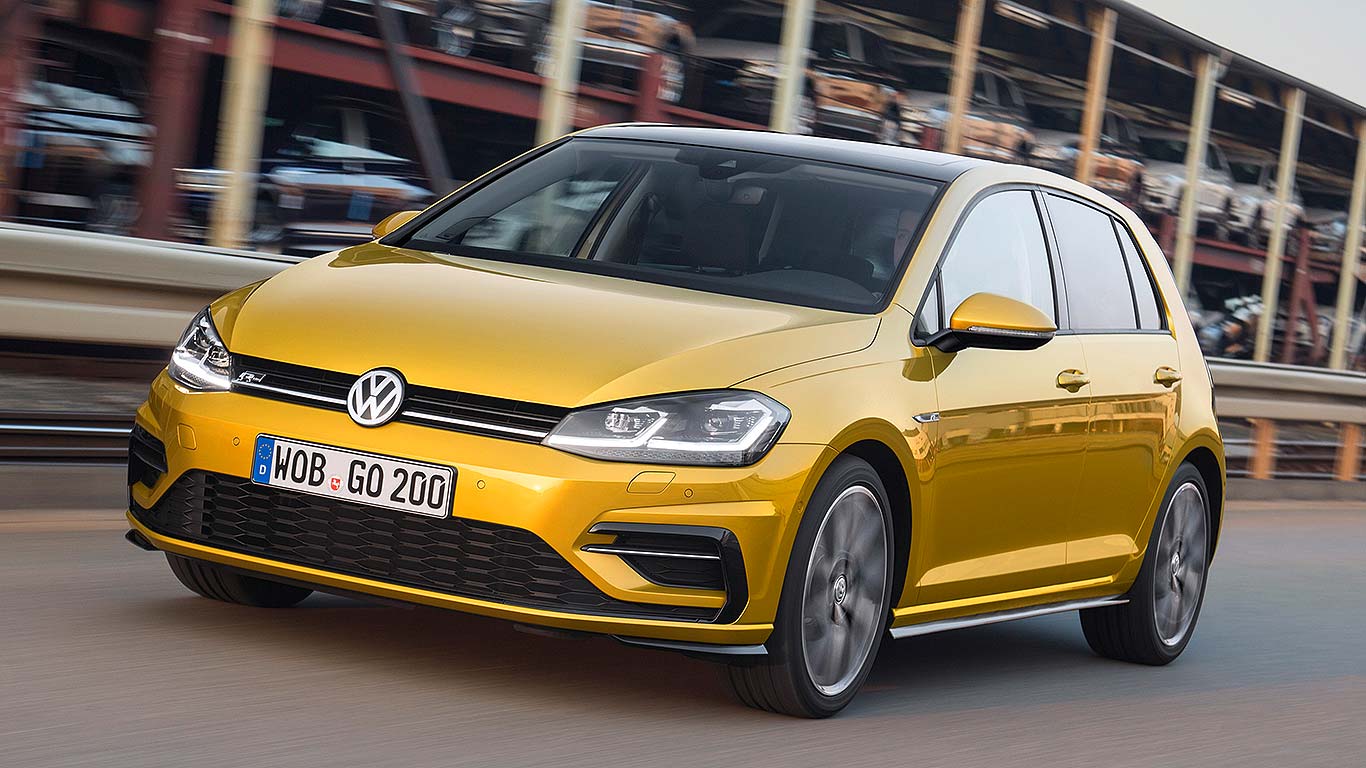 Trailed by Volkswagen for weeks, the revisions to the Golf are detailed but not earth-shattering. It’s the upgraded infotainment systems that the firm’s keenest to stress – every unit in the range is new. 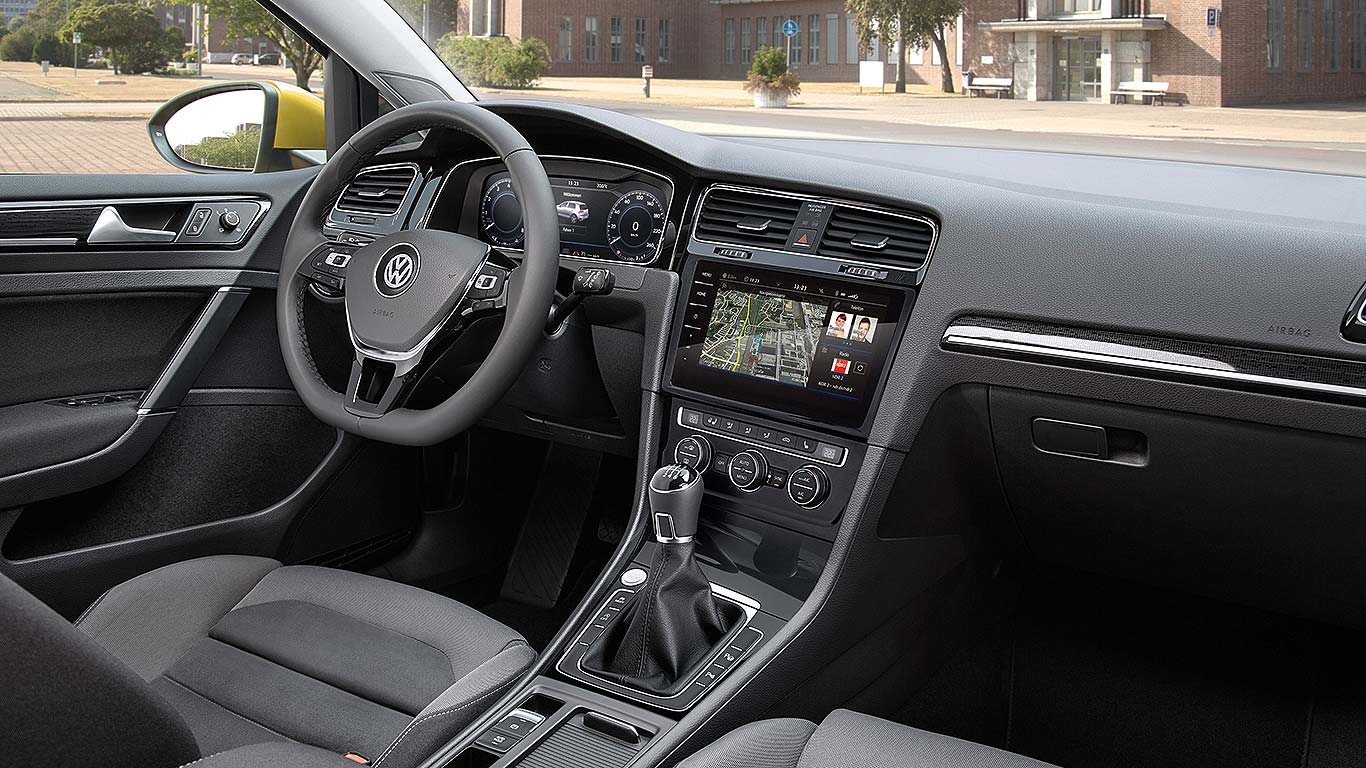 Basic Golfs get a higher-res 6.5in colour touchscreen instead of the old black and white system. The next level up now uses an 8.0in screen, and there’s now an even larger 9.2in ‘Discover Pro’ system with a super-high-res screen and, for the first time in this sector, gesture control.

On the safety front, traffic jam assist allows the Golf to semi-autonomously drive itself in traffic (so long as you have all the options necessary, including a DSG gearbox). Emergency assist can spot if the driver has blacked out or fallen asleep and, if they don’t respond, will emergency-stop the car. The city emergency braking system also now detects pedestrians as well as other cars.

Those who tow will like the new Golf: it’s the first family hatch to have trailer assist, that semi-autonomously reverses a car hitched to a trailer. Park assist is also more intelligent and offers more driverless functionality.

Volkswagen is very proud of the ignition key now saving settings for individual drivers, including preferred climate control settings, instrument setups and driver’s seat adjustments. The fancy fully-electronic instruments first seen in the Audi TT are now offered in the Golf as well. 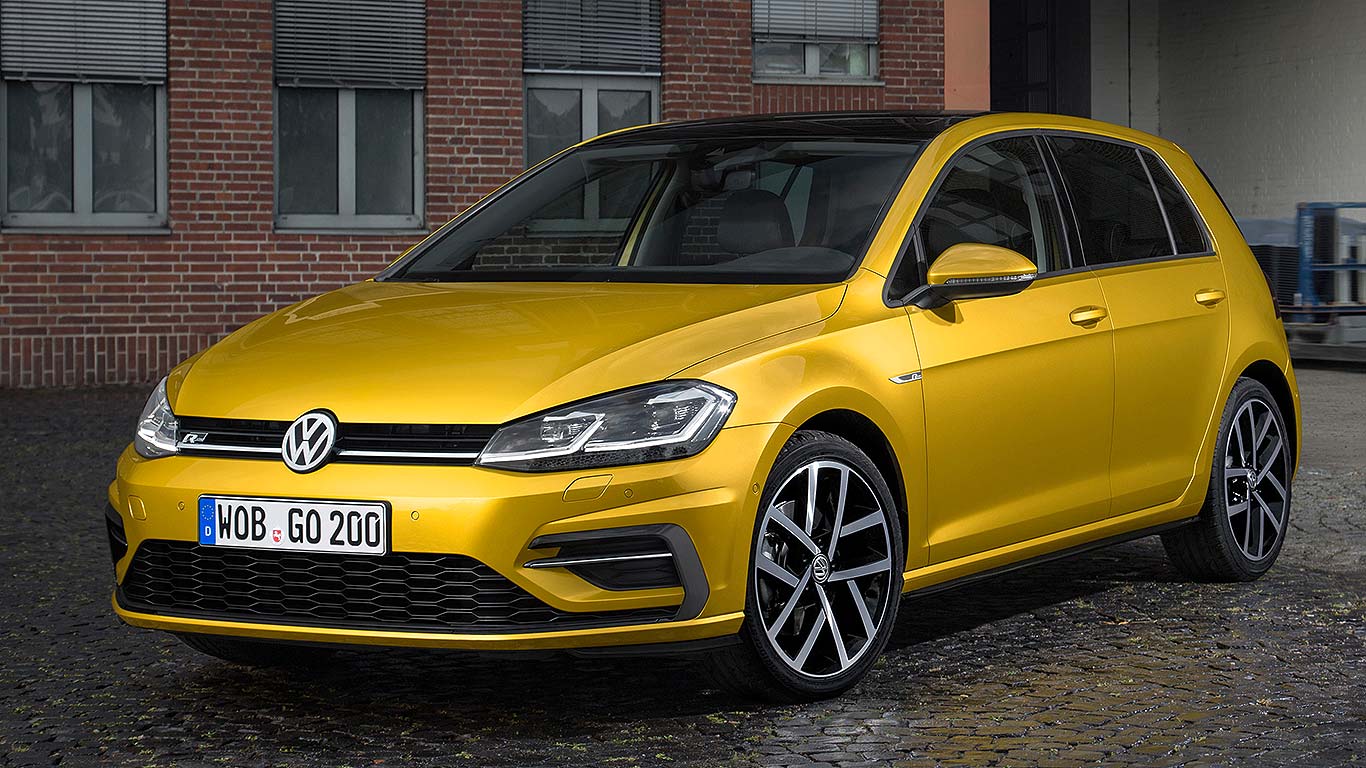 From the outside, new Golfs are not immediately apparent. The bumpers have been redesigned, full LED tail lamps are standard and xenon headlights have been junked in favour of full LED units. The front wings are new, there are fresh wheel choices and, inside, new trims and fabrics. 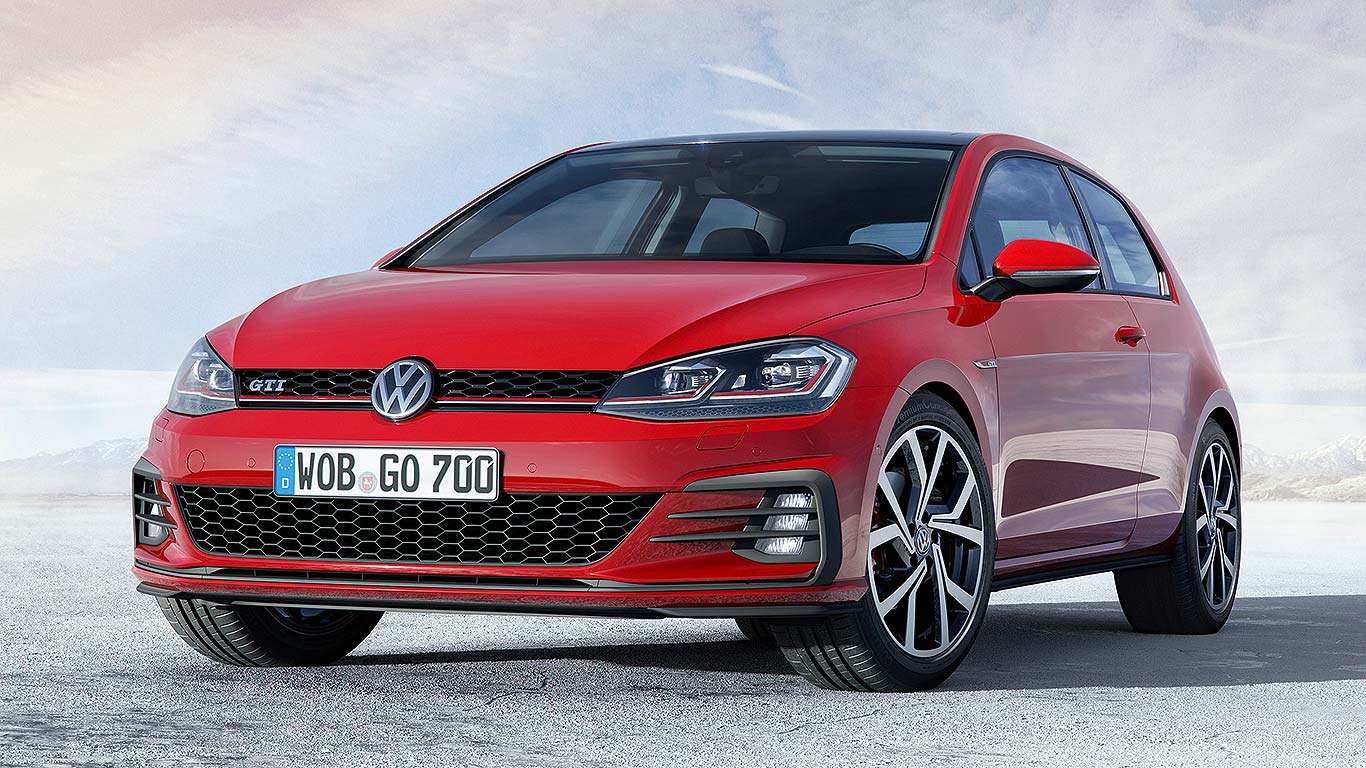 It’s the Golf GTI that’s perhaps the most visually evolved. The red bits in its headlights have been revised, and those units are now standard dual LED lamps. The Golf GTI has more power as well: 230hp as standard, 245hp for the GTI performance.

There’s no mention of the dreaded TDI diesels in the 2017 Golf press kit, but a new 1.5-litre TSI ‘Evo’ engine is highlighted. In regular guise, this engine has 150hp and is fitted with ACT cylinder deactivation so turns into a two-cylinder during light loads. This helps trim fuel consumption to 57.6mpg combined, and CO2 goes down to 110g/km. 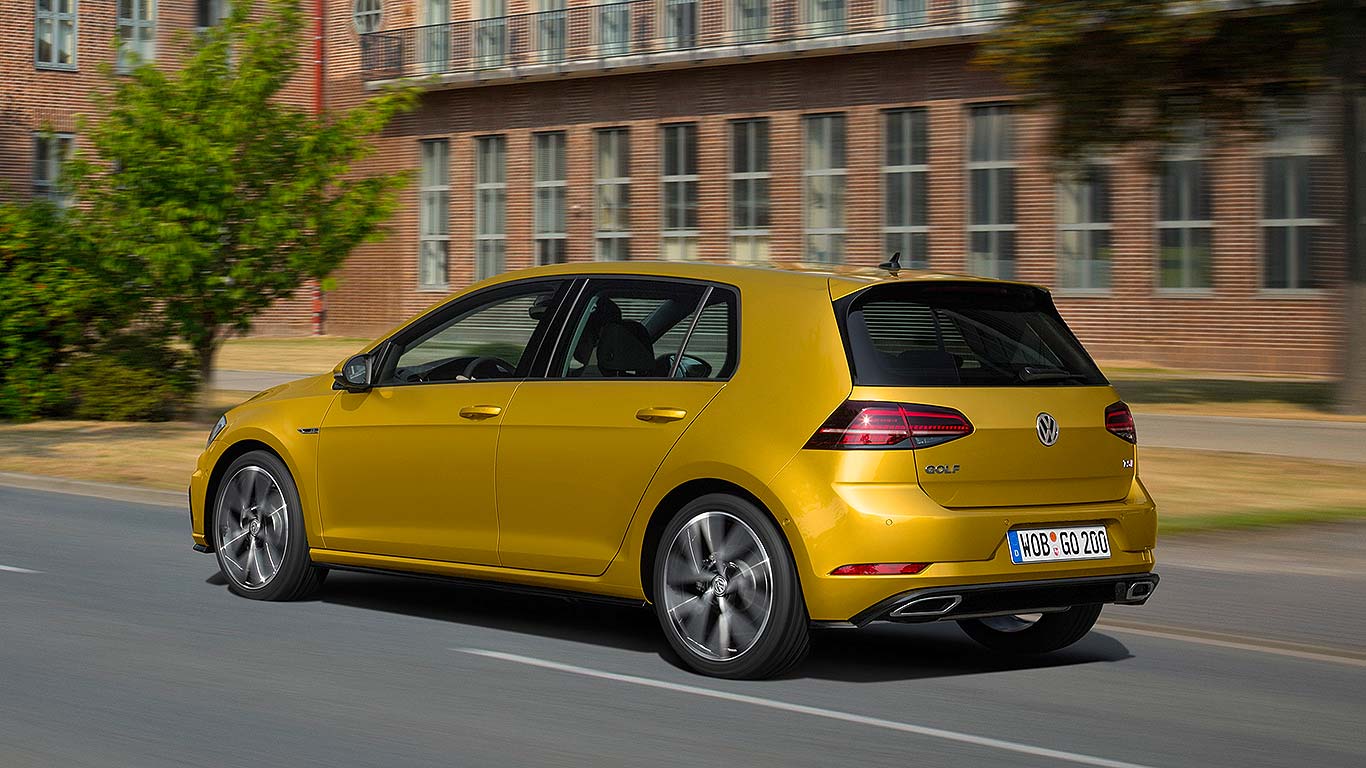 A 1.5 TSI Evo Bluemotion has a power chop to 130hp, but CO2 also falls to 104g/km: it averages 61.4mpg. The engine also has a variable geometry turbo – an impressive addition for a petrol car – and runs on a new combustion cycle similar to the eco-focused Miller Cycle. Oh, and when the driver releases the accelerator, the engine shuts down, as part of an extended coasting function. Previously, only hybrids have been able to do this: the real-world economy gains will be significant, promises Volkswagen.

The Mk7.5 Golf is set to go on sale in March, with prices on average £650 less than its predecessor across the range. That’s despite the higher levels of standard kit, including improved infotainment systems on all models, and LED rear lights.

We’ve driven the 2017 Volkswagen Golf at its European launch event in Majorca, and can confirm the minor changes have secured its place amongst the best in class. The new 1.5-litre TSI engine in particular is a gem, with 150hp on tap and a 130hp Bluemotion version available for extra green credentials (and none of the nastiness associated with VW diesels).

Even combining the 1.4’s replacement with a seven-speed DSG gearbox, it packs a punch and is fun to drive without the ‘thrumminess’ of the three-cylinder 1.0-litre. It’s a really likeable engine that might make some think again about defaulting to a diesel Golf.

The new infotainment system is easy to use, while the minor changes to the Golf’s design mean it stills looks fresh (if not exciting). We even like the new Turmeric Yellow colour…

New Turmeric Yellow colour for the Golf. I like it. I like the new 1.5-litre TSI, too. pic.twitter.com/NUo9j5Vs7j

Keep an eye on Motoring Research – we’ll be publishing a full first drive review of the revised Golf GTI in the near future.