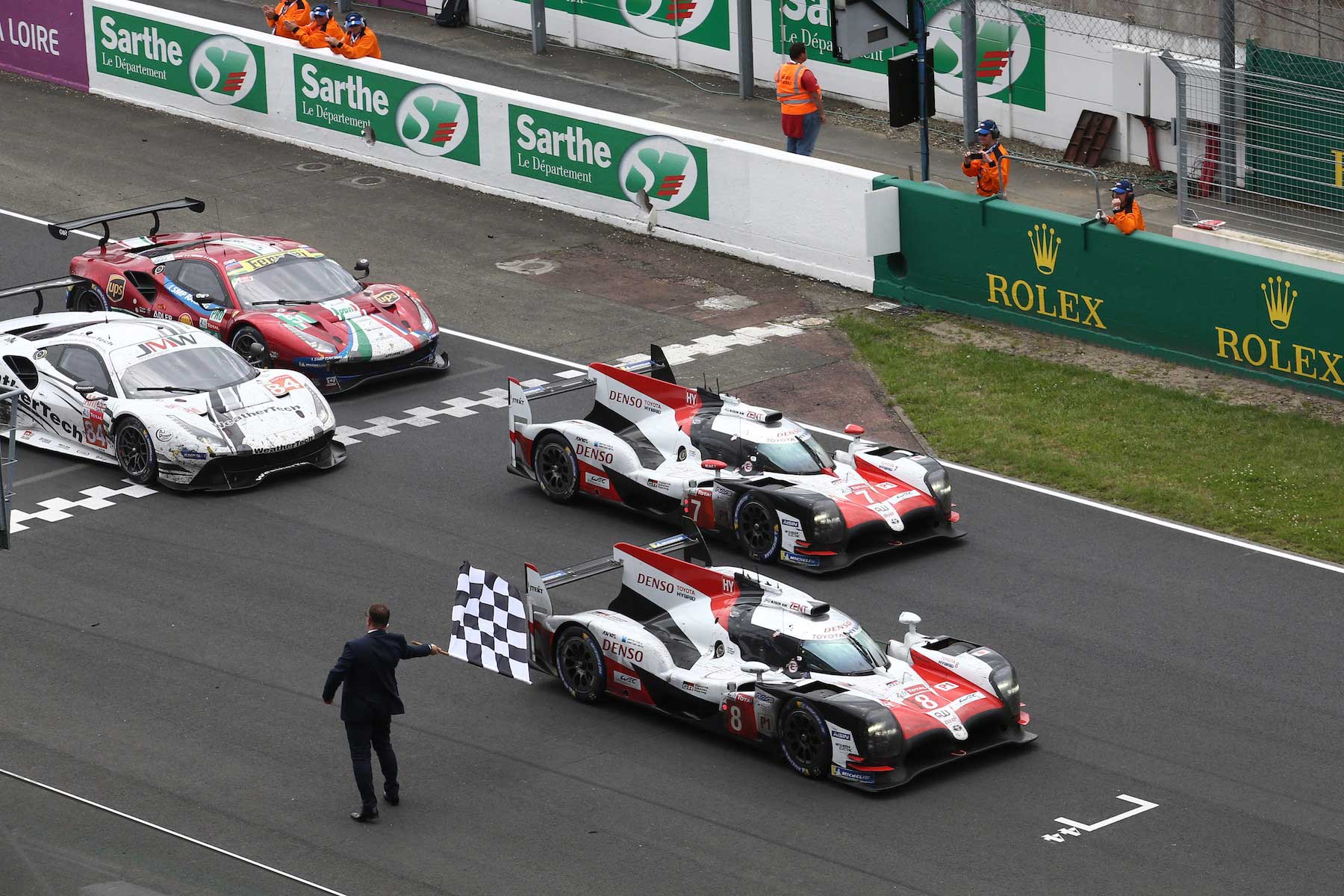 After years of trying, and the heartbreak of coming close so many times before, Toyota has finally clinched an outright win at the Le Mans 24 Hours.

The victory in the flagship LMP1 class came on the 20th time Toyota had entered the French classic event, and rewards the efforts of the prototype hybrid programme that first began in 2012.

With the two Toyota TS050 Hybrid racers having qualified first and second on the grid, expectations were high for the Japanese company to stand on the top of the podium. The absence of other major manufacturers also meant Toyota would ultimately be battling reliability and luck on route to glory.

It would be the number 8 Toyota Gazoo Racing car, driven by Sébastien Buemi, Kazuki Nakajima, and Fernando Alonso that would take the victory. The lead swapped between the number 8, and sister number 7 car, throughout the 24 hours. Mike Conway, Kamui Kobayashi, and José María López would have to console themselves with second place.

Much of the pre-race attention was on McLaren Formula 1 driver Fernando Alonso taking part in his first Le Mans event. It was his impressive stint during the night which managed to pull the number 8 car back into contention, and cemented his ability as an all-round motorsport master.

A Le Mans 24 Hour win joins Alonso’s double Formula 1 World Championship victories in 2005 and 2006, along with his two Monaco Grand Prix wins. All that remains for the Spanish driver is victory at the Indianapolis 500 to become only the second driver to complete the ‘Triple Crown of Motorsport’.

After Alonso’s unsuccessful but impressive attempt at the Indianapolis 500 in 2017, speculation is rife as to whether 2019 will see him give it another go. 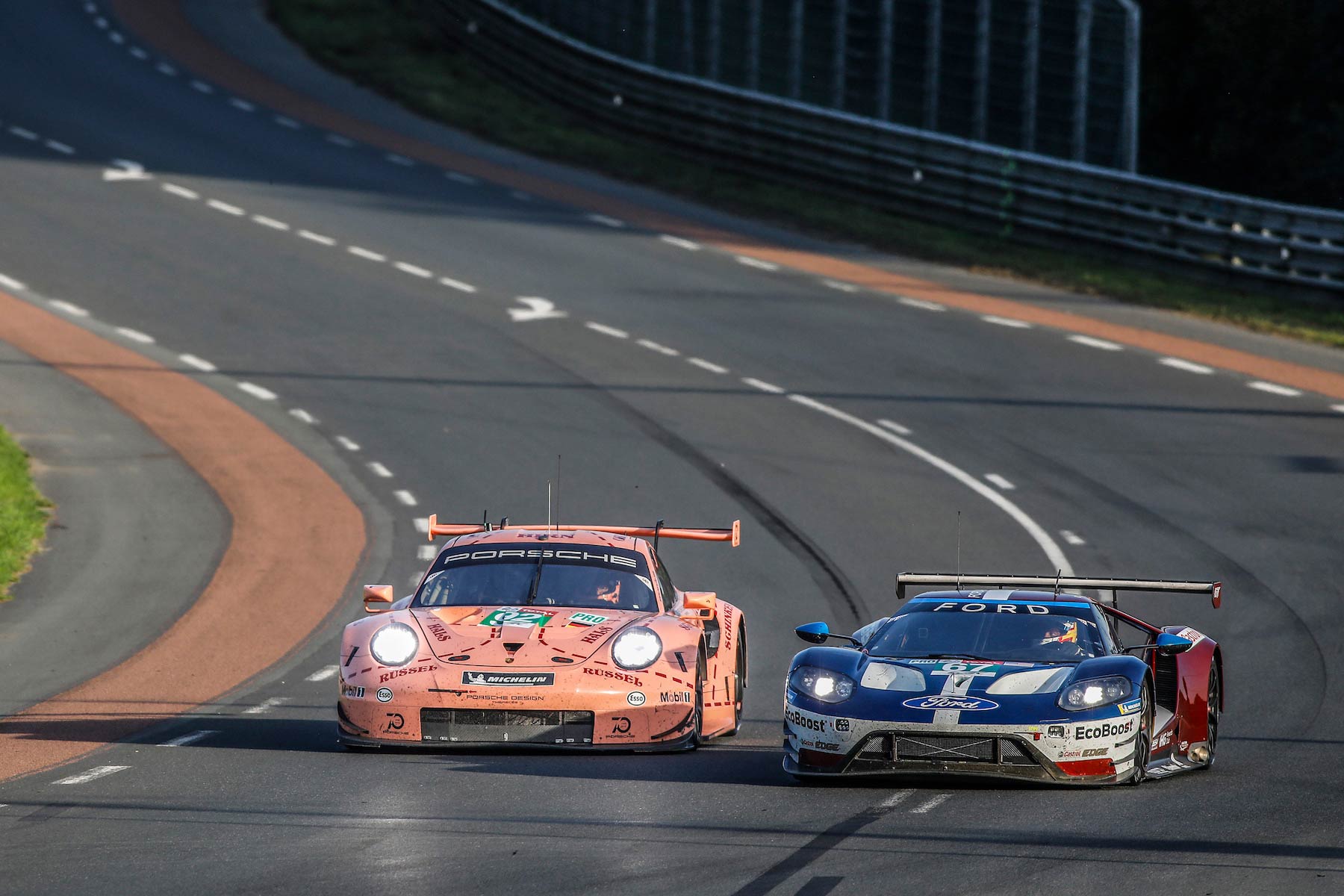 Although the racing at the front of the Le Mans field may have been limited to arguing over which Toyota would take victory, competition in the GTE-Pro category was hard-fought.

Battles between the retro-liveried Porsche 911 RSR racers and the Ford GT cars were fierce, and saw appeals to the stewards over how hard the German team was trying to defend track position.

Porsche would come out on top, taking a 1-2 GTE-Pro class victory to tie-in with the brand’s 70th anniversary celebrations. Extra success came for Porsche in the GTE-Am category, with the Proton-Dempsey Racing team successful with their 911 racer.

Brexit: car industry says no deal is a bad deal

Hilton is building a hotel at Silverstone

The special edition model can still do skids
Read more

3D zebra crossings are being trialled in Iceland

EU car industry to stagnate in 2019 – Brexit, emissions and the U.S. to blame

The EU car market is predicted to stagnate in 2019 at 2018 levels, with a growth rate of under one percent. Brexit, emissions regulations and more are piling on the pressure
Read more
Car News

Mazda has won one of the quirkier gongs at the Auto Trader awards, scooping the ‘Best Car for Dog Owners’. The award goes to the CX-5 SUV
Read more

Using data provided by a leading price comparison website, we reveal the best time to renew your car insurance – and why auto-renewing is a bad idea.
Read more
Car News

Most accidents happen on slower roads

Research shows the vast majority of roads accidents take place on slower roads. However, you're more likely to die on a faster road in the countryside.
Read more
Car News

You can drive a car after it fails the MOT test , but only in certain circumstances. We explain the current DVSA rules.
Read more
Advice