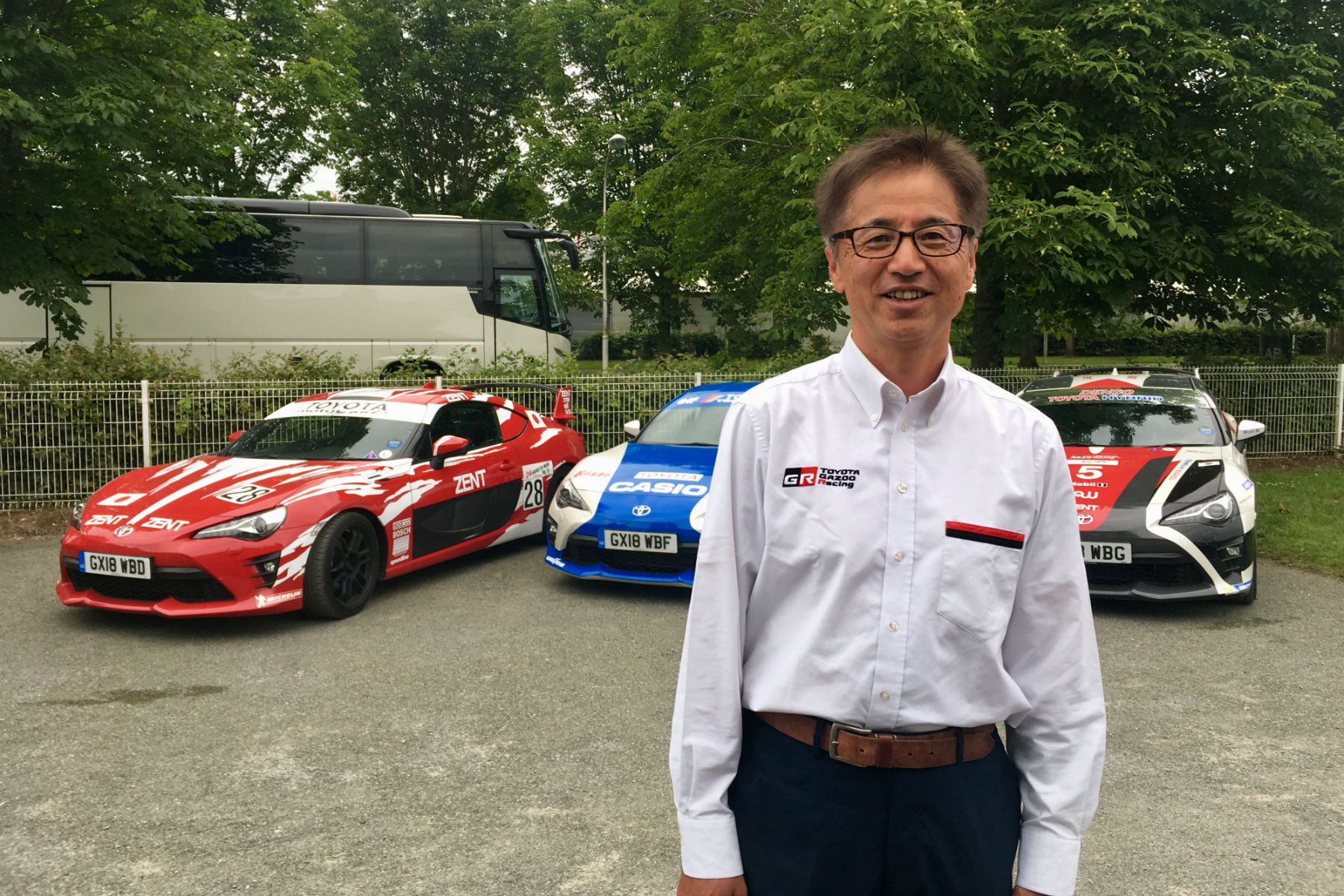 The future may be full of self-driving EVs and, inevitably, more SUVs, but the sports car is alive and kicking. That’s the message from Tetsuya Tada, chief engineer for the brilliant Toyota GT86 and forthcoming Supra – due in 2019.

We caught up with Tada-San at Le Mans, our conversation frequently punctuated by the wail of Toyota’s TS050 Hybrids blasting through Arnage. Here’s what he had to say about the new Supra, Gazoo Racing and why technology is the car enthusiast’s friend.

The new Supra will be a “pure sports car”

The Supra and new BMW Z4 will share a straight-six engine and gearbox, but they aren’t near-identical twins like the GT86 and Subaru BRZ. “Each company defined what we wanted and went from there,” explains Tada. “Both cars have completely different suspension and software calibration, for example.” 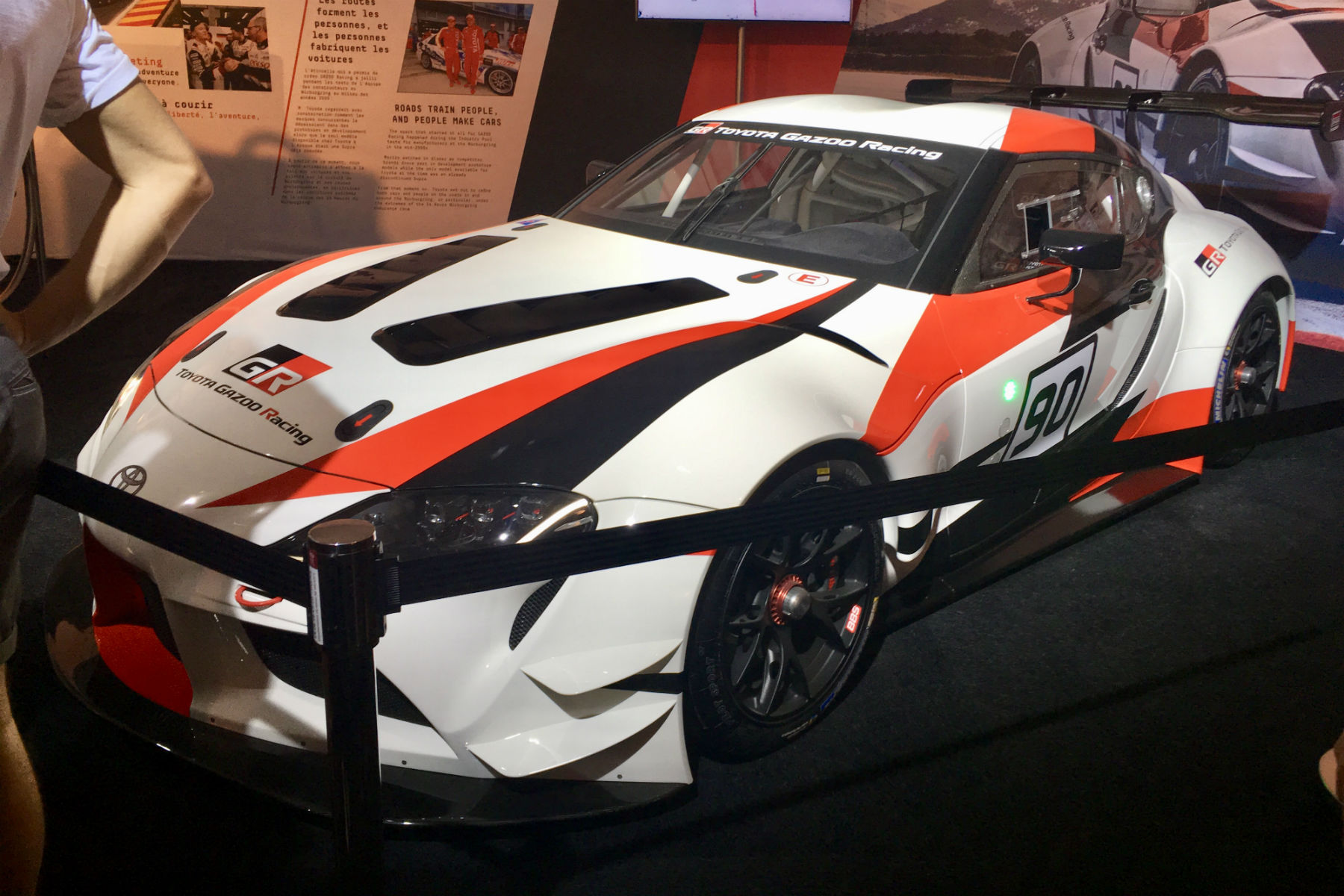 Tada insists the Supra “will be a pure sports car – practicality and comfort were almost not considered.” Its styling is partly shaped by the demands of GTE racing regulations, but it will still “look sexy”. The voluptuous rear wings of the GR Racing Supra Concept, revealed at Geneva 2018, are here to stay.

A hot Supra GRMN is coming, too

Following the critically-acclaimed Yaris GRMN hot hatch, will we see a hotter, GRMN-badged version of the Supra? Certainly not at launch, it seems, but Tada doesn’t deny the car is in development. 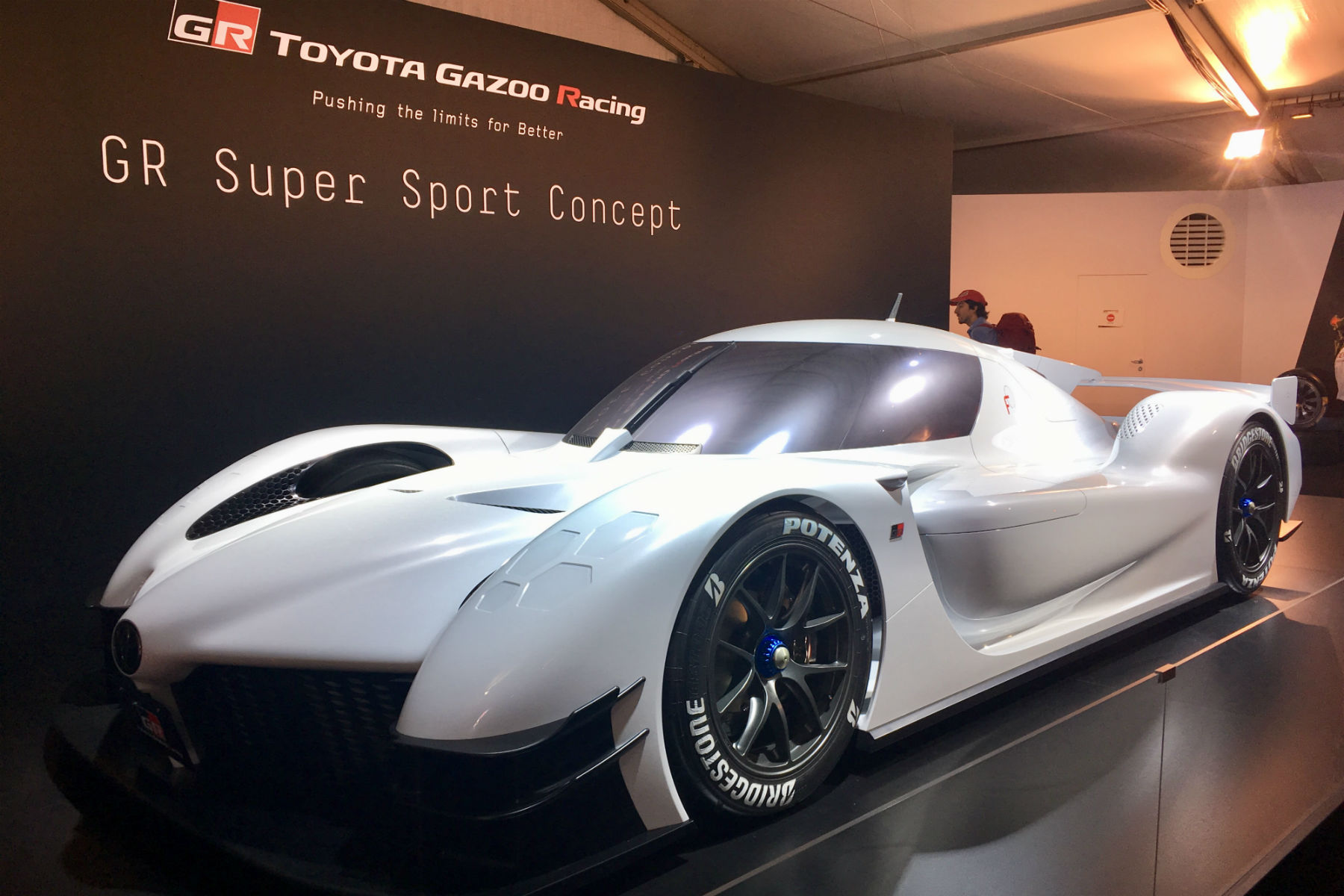 Toyota’s sporty Gazoo Racing sub-brand was everywhere at Le Mans, and will soon be far more familiar on the road. As well as full-fat GRMN models, we’ll see GR and GR Sport versions of existing cars. These will major on racy styling rather than outright performance, in the mould of BMW M Sport or Mercedes-Benz AMG Line.

At the opposite end of the spectrum, a roadgoing version of the GR Super Sport hypercar concept is in the pipeline, too. “It’s very difficult to make a viable business case for sports cars,” says Tada, “but our young engineers are reaping the benefits of working in Gazoo Racing – and with BMW.”

Many drivers see technology as the enemy when it comes to driving engagement and fun. However, Tada is remarkably upbeat about the role tech can play in future sports cars. “Spearheaded by the Supra, we’ve been working with app developers to use driving data and artificial intelligence in simulations,” he reveals. “It’s one way of getting more people interested in cars and motorsport.” 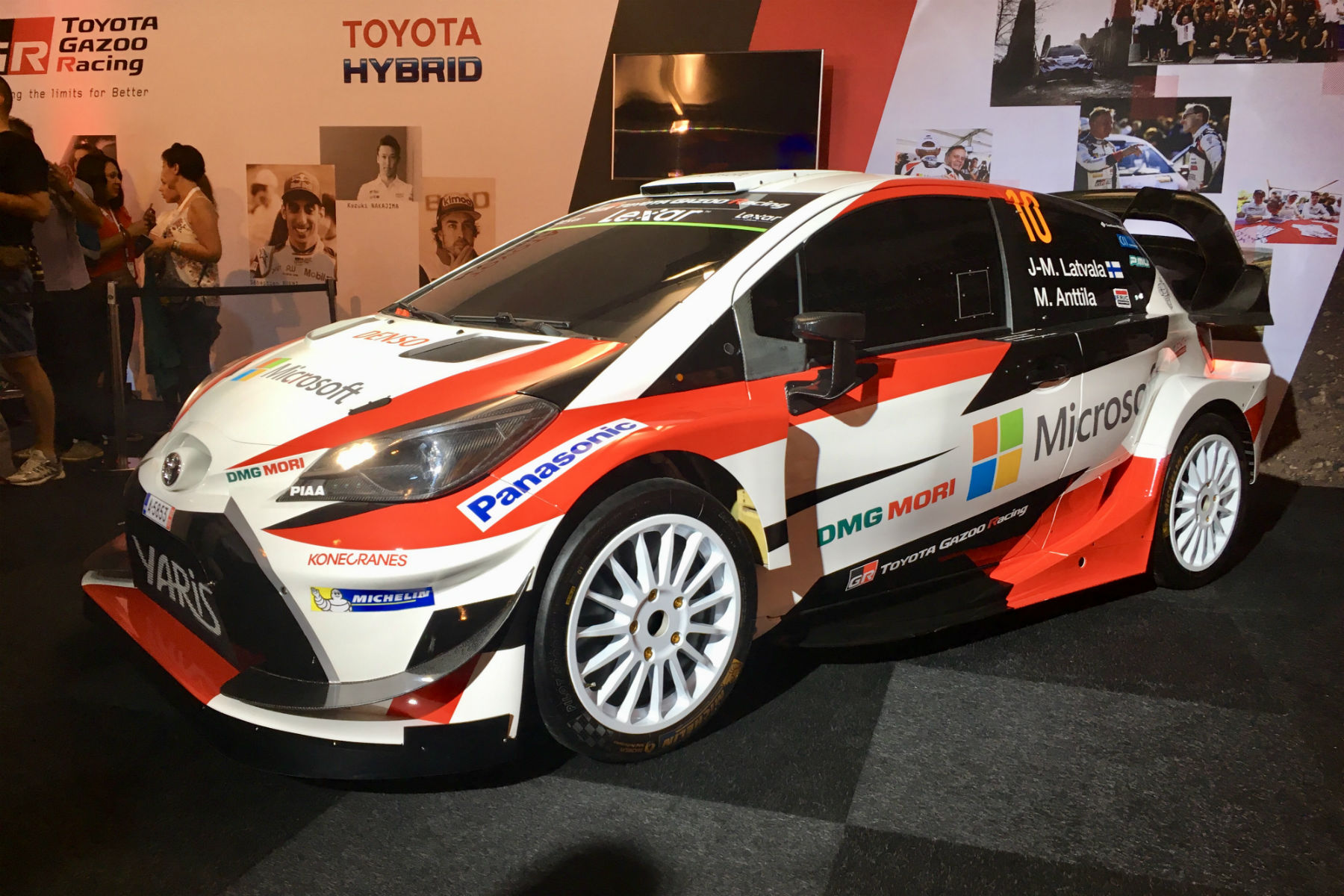 “You could be driving your Supra on-track, but racing against a virtual Fernando Alonso in real-time.” Sounds like an ego-bruising experience to us, albeit a very clever one…

The Celica and MR2 could make a comeback

The Supra isn’t the only famous Toyota nameplate that could make a comeback. Tada grins when quizzed about a possible return for the Celica and MR2: “I’m often asked that, and we get many requests.

“We’re committed to sports cars and Gazoo Racing means we have more resources for developing them. We’ll investigate what cars to introduce in-future, but this company set-up shows where we want to go.” 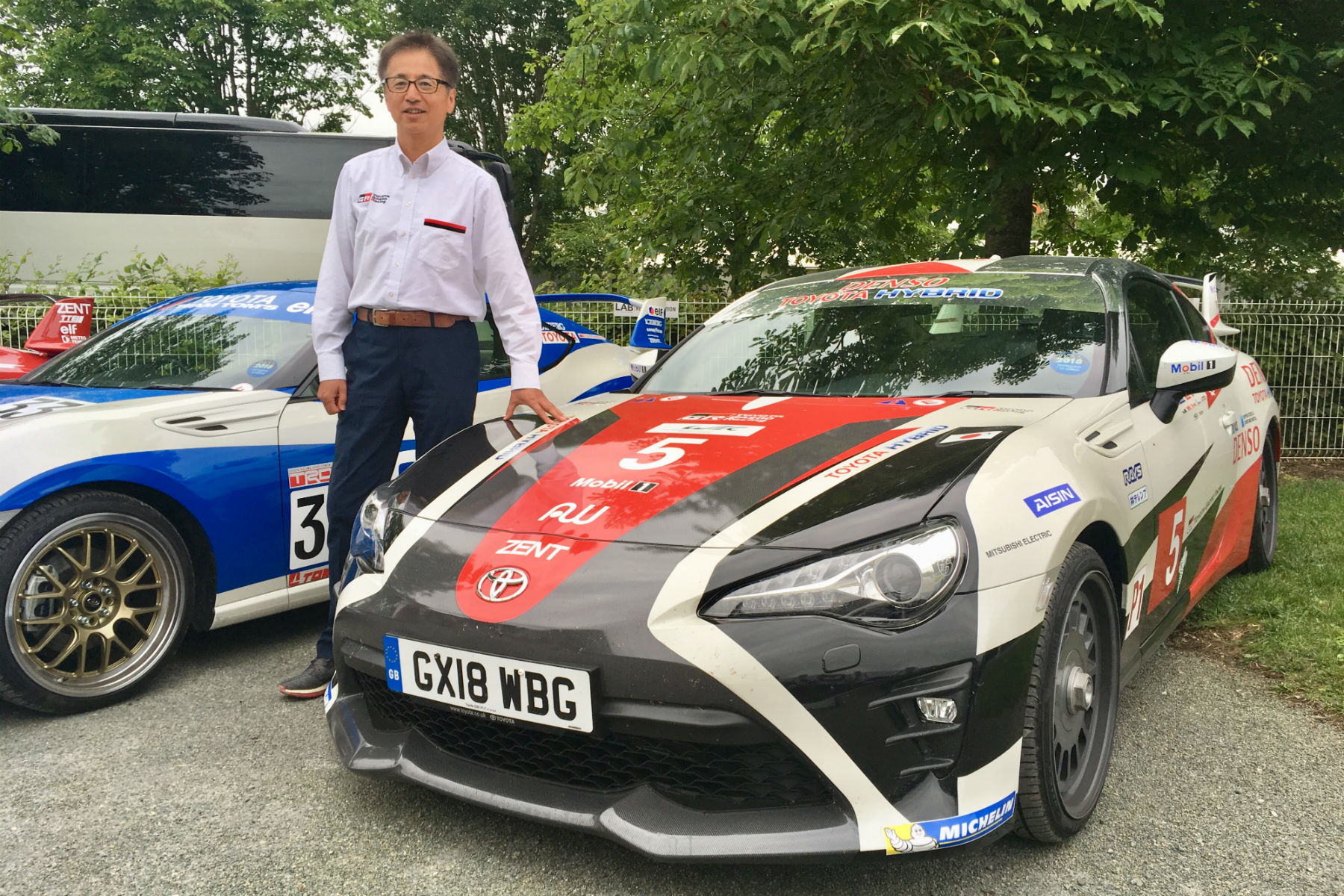 When Tada retires, he’ll drive off into the sunset in a Supra

You’d expect a man like Tetsuya Tada to have something special tucked in his garage. In reality, he says, “we only have my wife’s car at home. That’s because I’m always driving test cars, and simply don’t have time for more driving at weekends.”

When Tada retires, however, he’ll do so in his new Supra. “I’ll customise it to exactly how I like it and just enjoy driving it.”