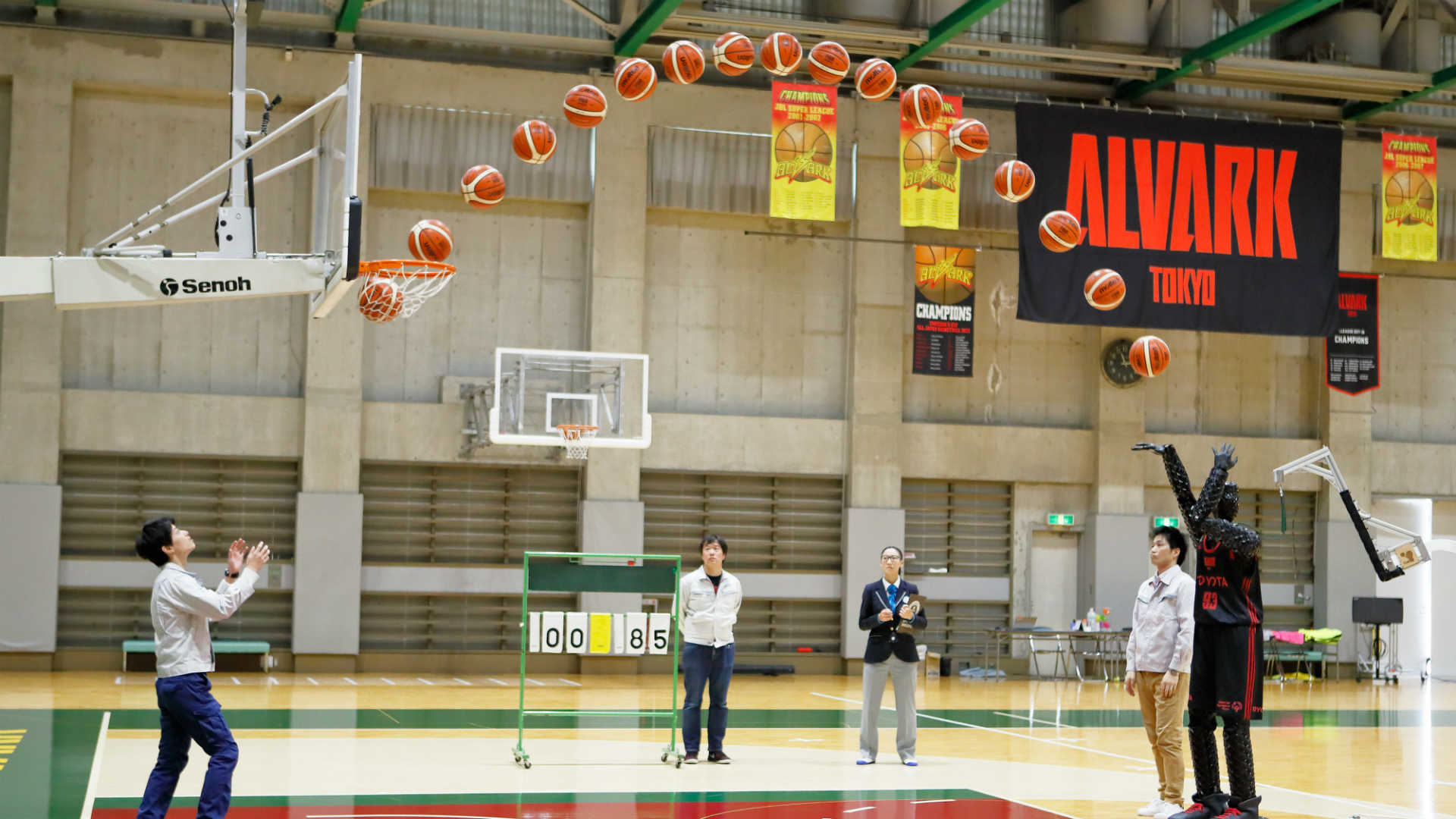 A basketball-playing robot designed by volunteers at Toyota has broken the Guinness World Records title for the most consecutive basketball free throws by a humanoid robot (assisted).

CUE3 is six feet, 10 inches tall and a member of the professional basketball team, Alvark Tokyo. Wearing number 93, it contains small motors in each axis and detects the goal position using the camera and radar attached to its chest.

Using the readings taken off the camera, CUE3 moves the motors based on AI learning.

The robot with a fondness for shooting hoops was unveiled at a basketball match in Japan, with a film of it landing a shot from the centre line prompting a bid to set a Guinness World Record for the most consecutive basketball throws by a humanoid robot.

Going beyond five successful shots would be enough to set the record, but earlier versions of the robot had proved unsuitable as it took up to three minutes to reset the machine after each shot. 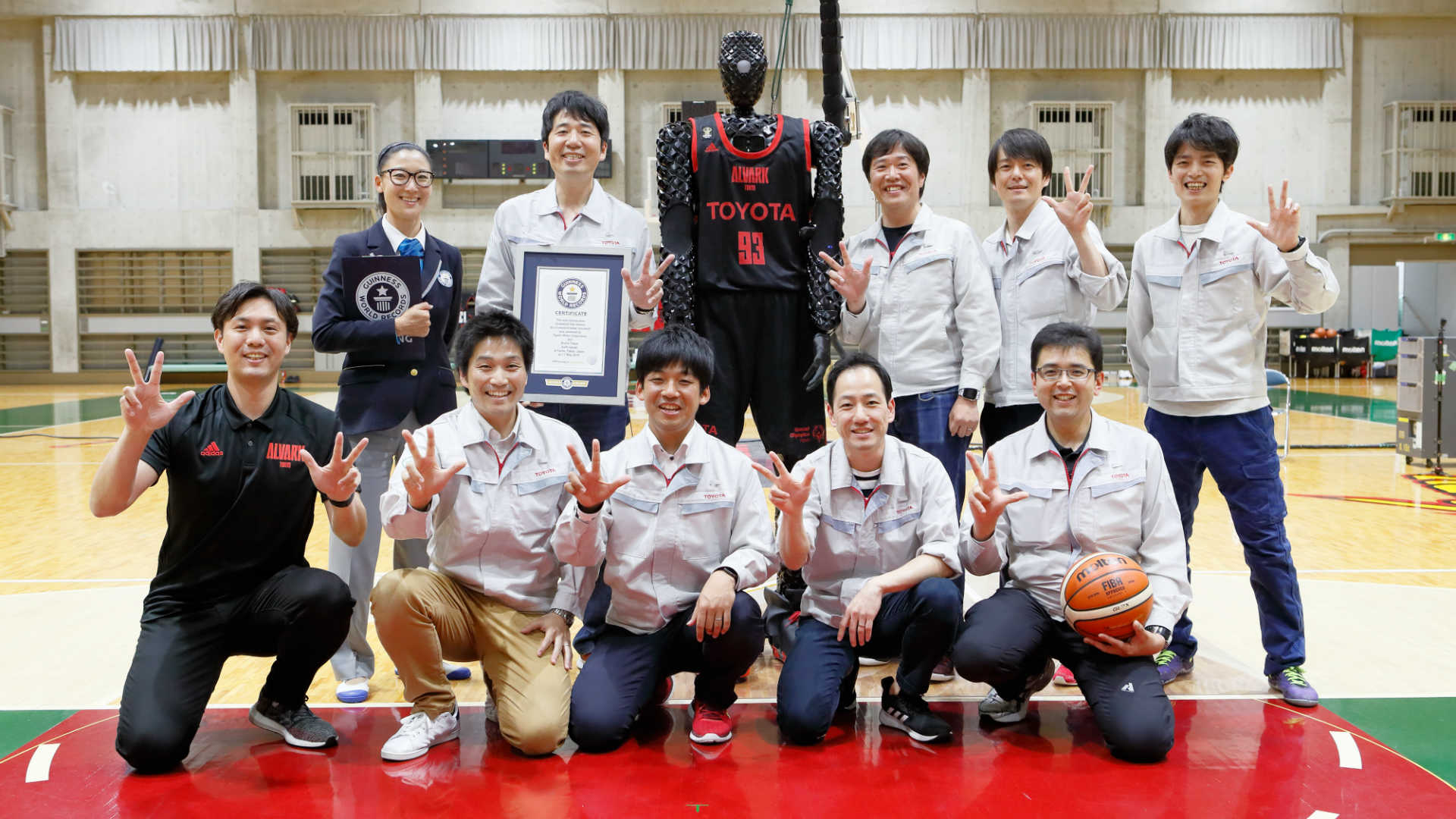 But after five months’ development work, CUE3 took to the court with the aim of setting the record. The volunteers had to take into the account the air pressure in the ball, the true angle of the ball, and the process of retrieving the ball and placing it in the robot’s hand.

Having landed the first five shots, CUE3 set a new record, then progressed to 1,000 perfectly scored baskets, at a rate of one every 12 seconds.

Eventually the team’s ambition was reached with 2,020 shots – the number matching the date of the Tokyo Olympics and Paralympics – accomplished in six hours 35 minutes.

Project leader Tomohiro Nomi said: “For the record attempt, we remained members of Toyota, but also collaborated with a professional sports team to embark on a challenge no one else had undertaken.

“We would be delighted if as many people as possible developed an interest in basketball, robots and manufacturing as a result of watching our efforts.”