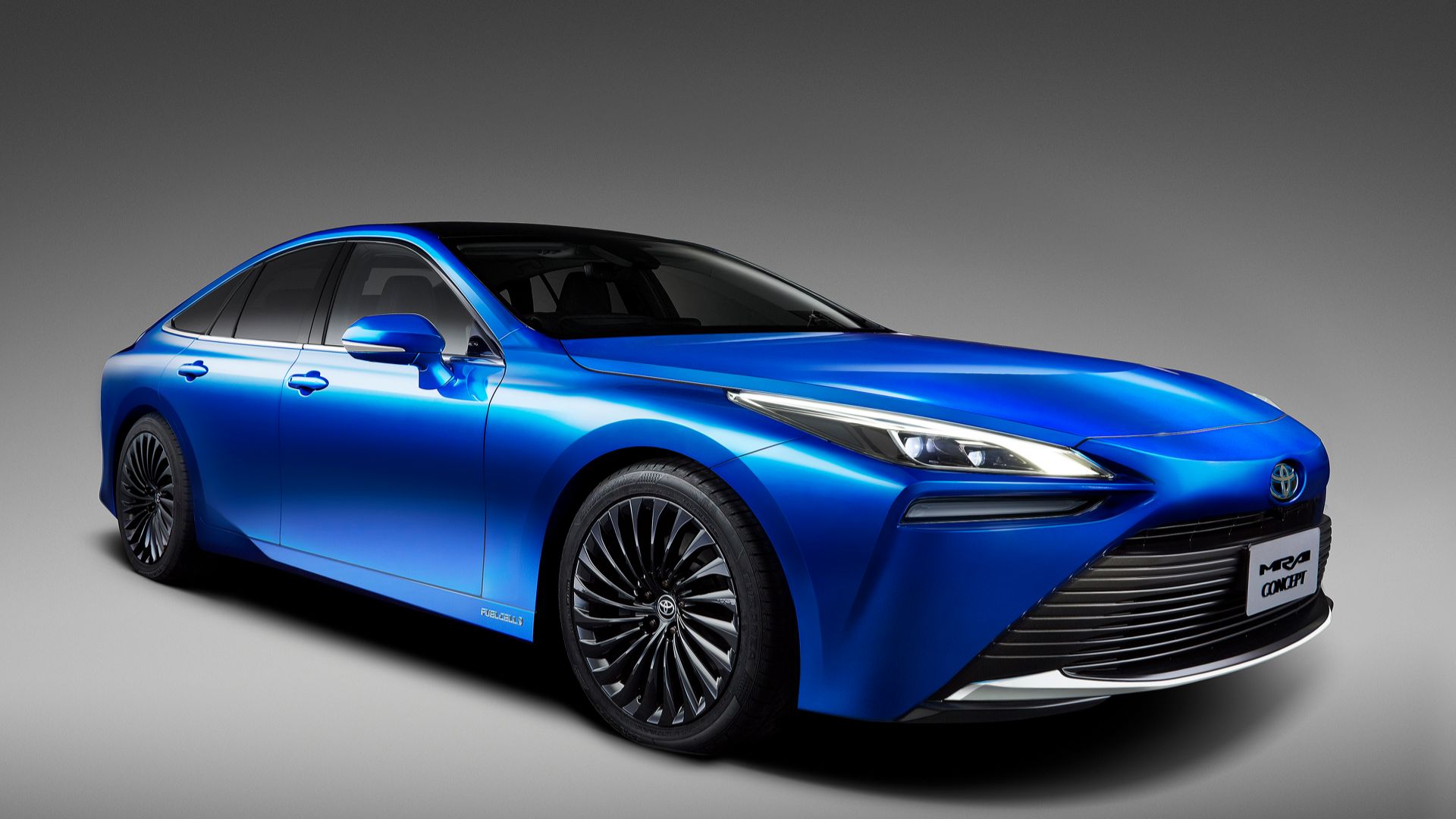 Toyota has revealed a concept version of its forthcoming hydrogen-powered Mirai, due to debut at the Tokyo Motor Show.

The second-generation Mirai promises a 30 percent greater range. And it’s a certified knockout to look at, too.

The Concept is apparently close to the production version, on sale in Japan next year – and in other markets soon afterwards. 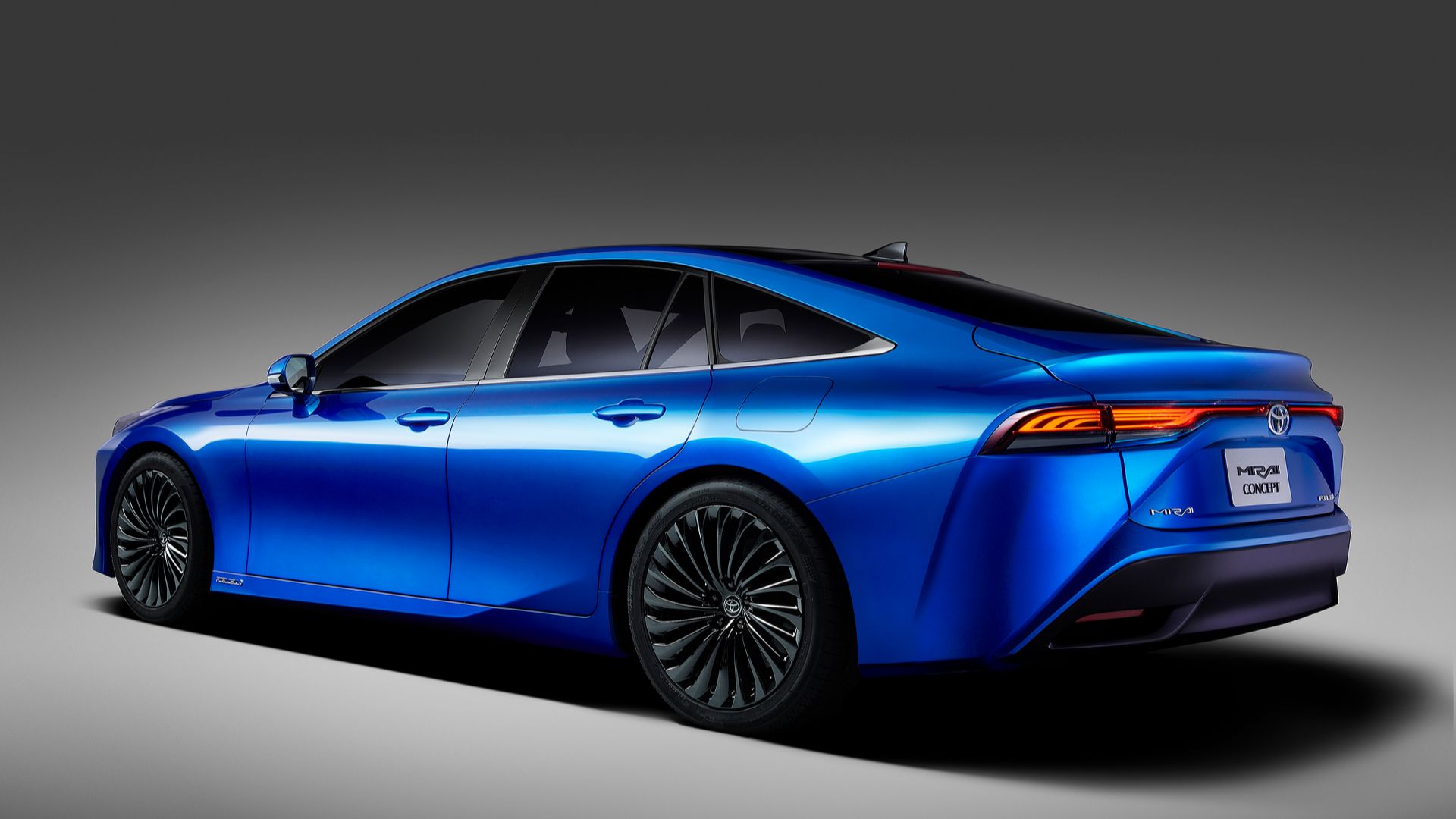 Toyota has departed from the slightly awkward design of 2014’s original Mirai with this sporty second-gen saloon.

It has cultivated a ‘sleek and powerful look’ using ‘low lines, elegant proportions, taut bodywork and large, 20-inch diameter wheels’. Truthfully, it could easily be badged a Lexus and wear an ‘F’ on the back. The new Mirai aims to show eco-friendliness doesn’t necessarily come at the expense of style.

“I want customers to say ‘I chose the Mirai not just because it’s an FCEV, but because I simply wanted this car; it just happens to be an FCEV,” explained chief engineer Yoshikazu Tanaka.

“We have pursued the goal of making a car that customers will feel they want to drive all time, a car that has an emotional and attractive design and the kind of dynamic and responsive performance that can bring a smile to the driver’s face.”

Inside the new Mirai 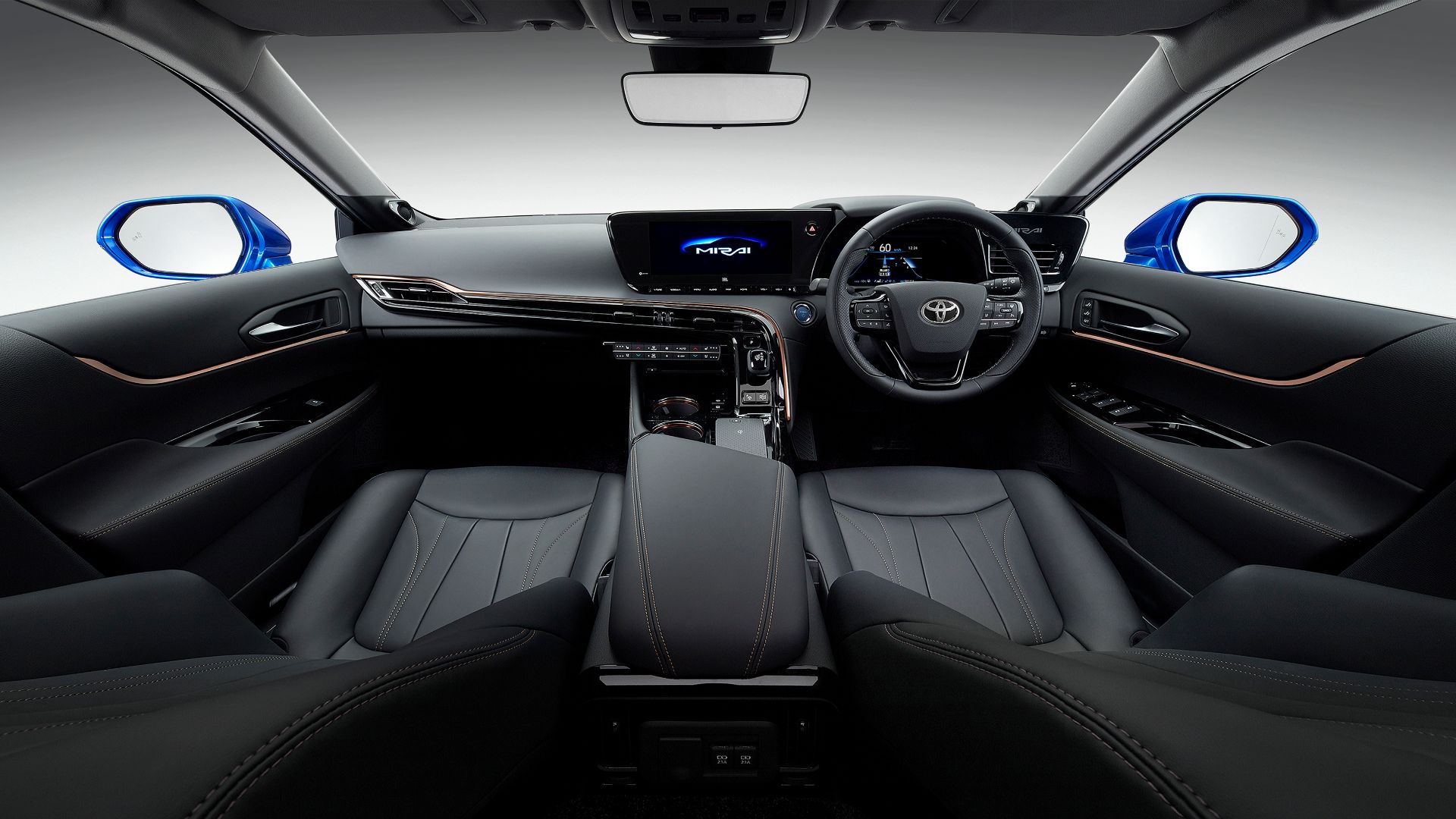 It’s no good having a drop-dead exterior without the cabin to back it up. As such, the inside of the Mirai concept borrows more than a little from stablemate Lexus. A large 12.3-inch centre display and wrap-around instrument panel blends high-tech appointment with driver focus.

Given the new Mirai’s low-slung silhouette, it might surprise you to learn that it’s more practical than the last car. It now seats five, rather than four.

Toyota is also targeting a 30 percent increase in driving range. This should be achievable through larger on-board hydrogen tanks and improvements in the fuel-cell system. The previous car was good for around 310 miles. Add 30 percent? An impressive 413 miles. Have that, Porsche Taycan.

Driving into the future 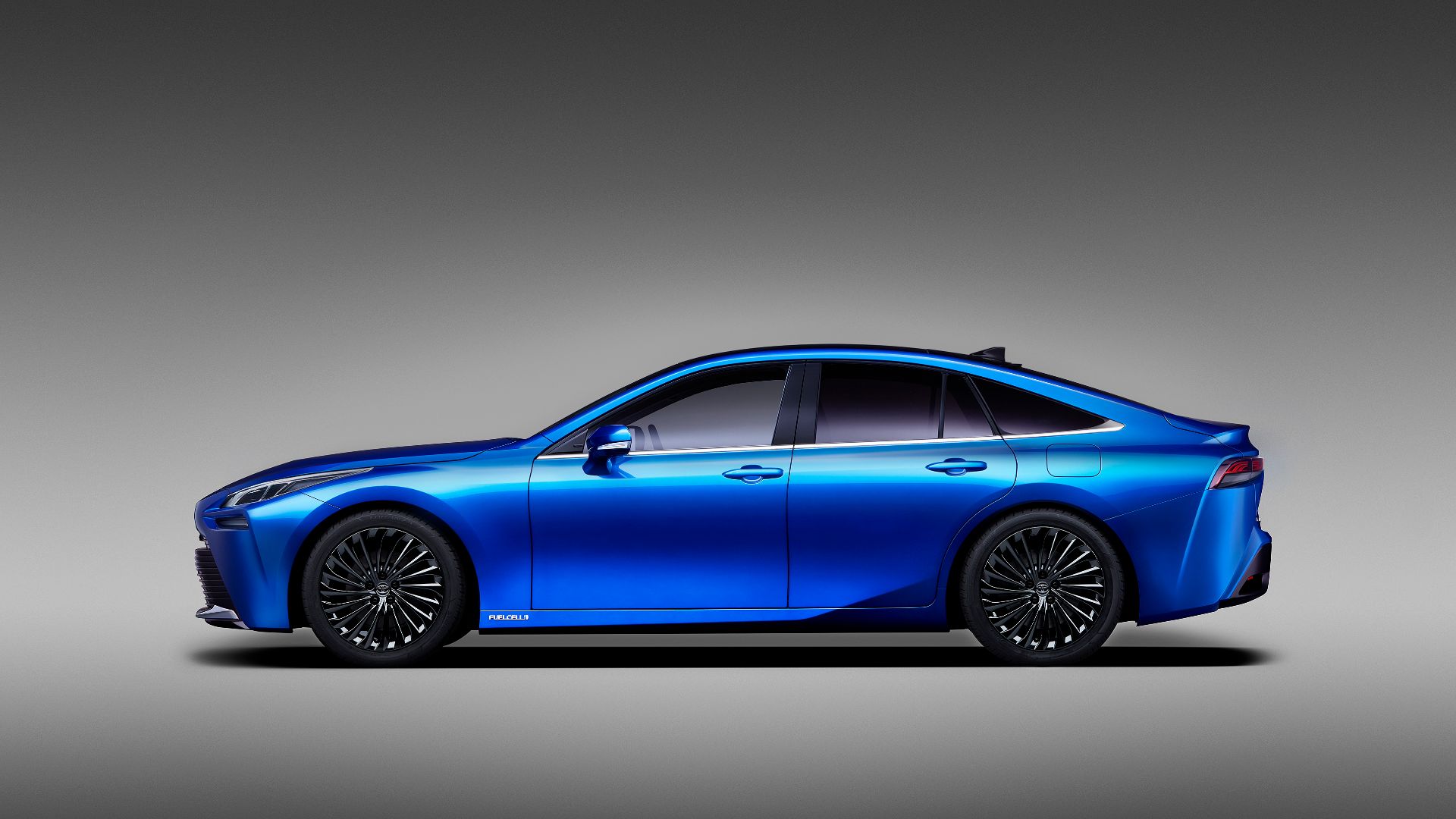 Toyota says the Mirai will have ‘light and easy handling on winding roads’. It also focused on the car’s throttle response, particularly its linearity, and a feeling of power ‘at all speeds’.

The new Mirai is a bit of a shocker, in the best sense. The last car tried to sell us hydrogen power, with style as the sacrifice. The new car looks hugely desirable, regardless of what is under the bonnet.