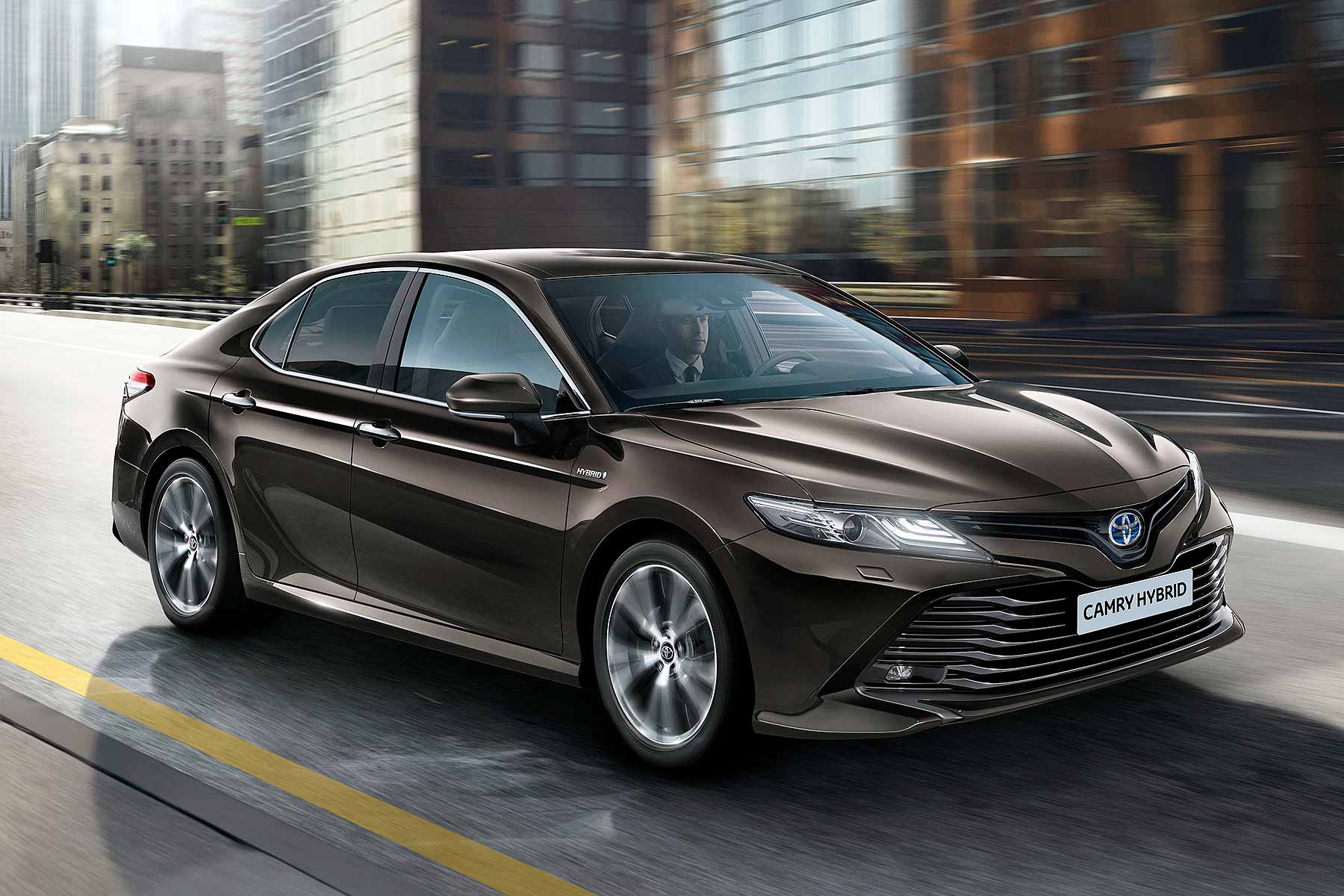 Toyota withdrew the U.S.-focused Camry from the UK market almost a decade and a half ago, through lack of interest. Now, the model is making a surprise return in 2019 – newly reinvented as a fuel-efficient hybrid.

The Camry is the world’s best-selling saloon and has been a hit in North America for years, but struggled in the UK because it was seen as too dull and not very fuel-efficient.

But the latest eighth-generation design has solved the former grumble by reinvigorating the Camry, and now Toyota’s ticking the fuel-efficiency box by installing its latest all-new 2.5-litre hybrid-electric powertrain.

The new Camry Hybrid effectively replaces the Avensis, for which interest has itself faded in recent years. The UK plant in Derby has now stopped building the large saloon and estate range as it gears up to start making the all-new Auris.

Toyota is thus to maintain its place in the large executive saloon sector with the Camry, which will be built on the acclaimed Toyota New Global Architecture (TNGA) platform which underpins models such as the well-received C-HR (and, indeed, the new Auris).

Bosses are promising segment-leading quality, reliability, quiet running and “superb ride quality”. The driver will enjoy a wraparound dashboard and the rear seats will be enormous. The suspension will also be tuned for the European market, to improve handling.

The relaunch of the Camry in Europe will further bolster the already heady sales of the current car: Toyota’s sold 19 million of them since launch in 1982, and currently makes more than 700,000 of them every single year – that’s almost 20 percent of the entire UK new car market!

Prices, performance, equipment and economy will all be announced nearer to the Camry’s on-sale date in 2019.