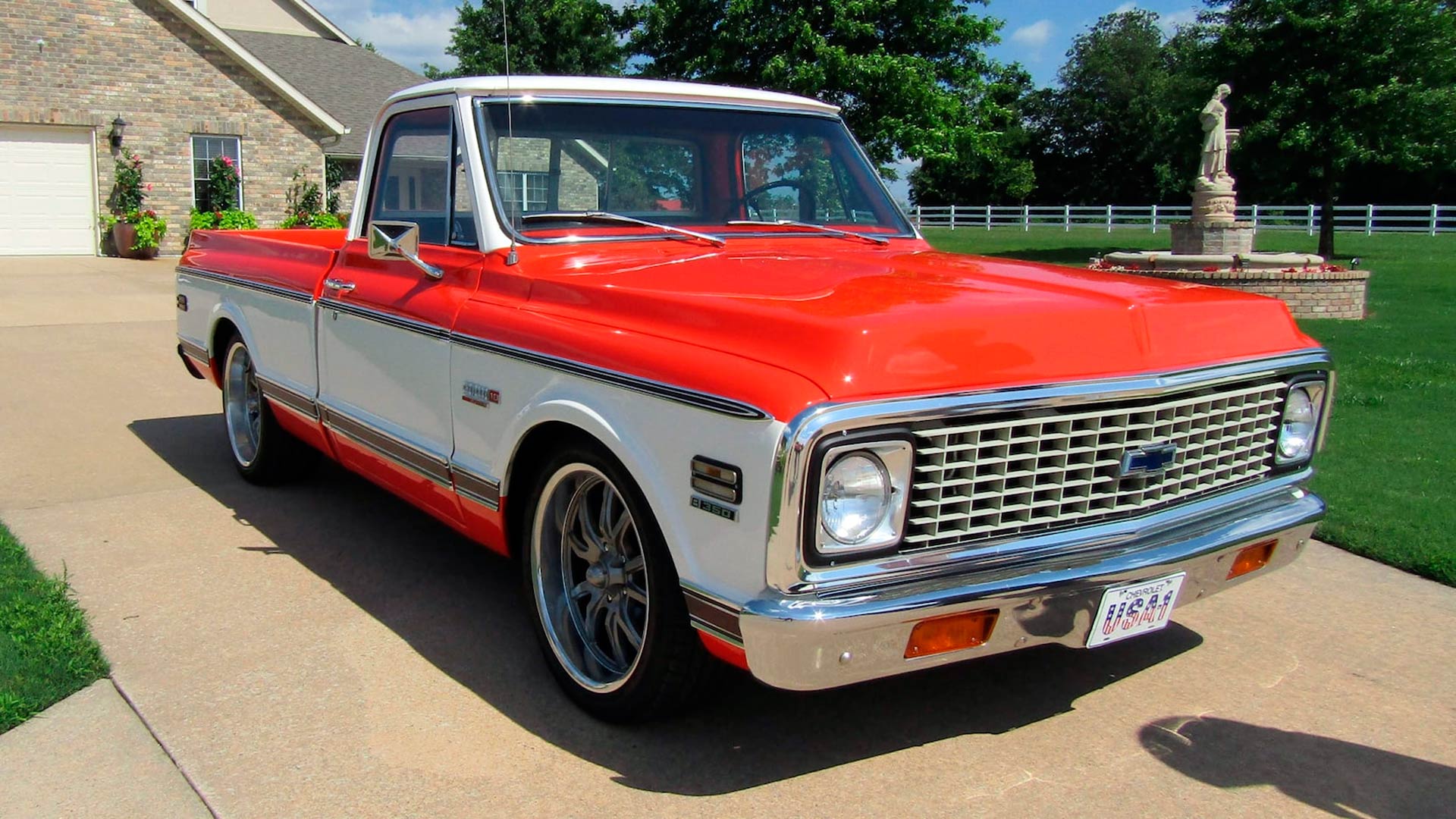 In the collector car world, trucks and SUVs are the hottest property around according to industry experts.

Every auction seems filled with Broncos and Blazers, offering classic motoring with a hefty dose of practicality. The Mecum Auctions Denver 2019 sale is no exception, with the lot list packed with retro utility vehicles amongst the collector car regulars.

Of the 600 vehicles set to cross the block this weekend in Colorado, we have picked out seven that have managed to catch our eye. 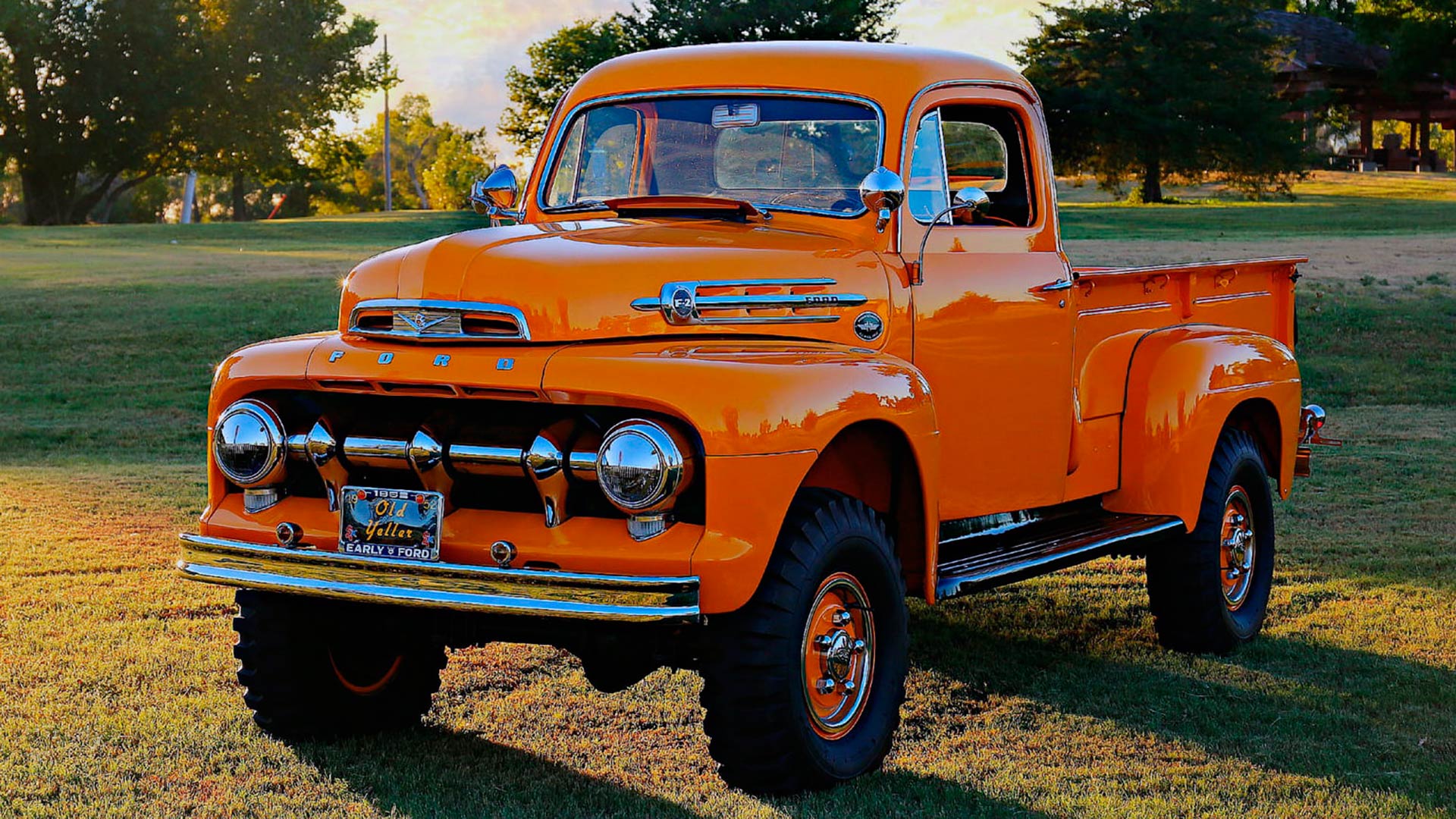 Marmon-Herrington was founded to focus on building off-road vehicles, following the collapse of the Marmon Motor Car Company. During World War II, the company produced lightweight tanks, along with specialist all-wheel drive trucks.

Post-war, the company offered all-wheel drive conversions of trucks like this Ford. All first-generation F-Series trucks could be converted to AWD with the addition of a Marmon-Herrington kit. It certainly makes this ¾ ton F2 look ready for action.

Subject to a thorough frame-off restoration in the 1990s, this Ford F2 was rebuilt using new-old stock parts. A new V-8 engine has been added, with the interior and truck bed also refreshed. Oh, and in case you are wondering, the amazing paint hue is PPG Chrome Yellow. 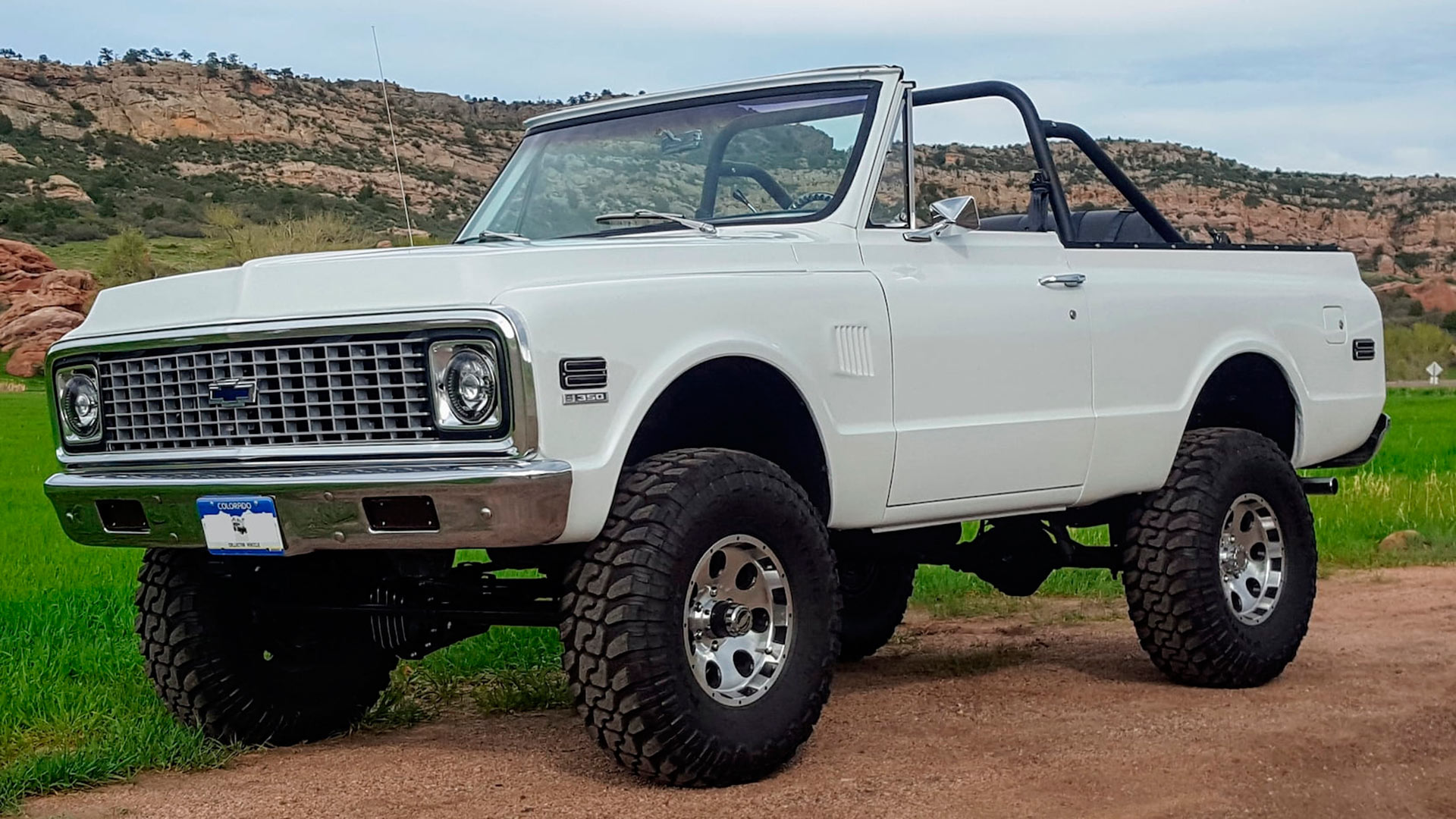 Chevrolet may have a brand-new Blazer SUV on sale, but the one which has the collector market feeling feverish is the original K5 version. If you get too hot under the collar, this particular four-wheel drive ‘72 Blazer does at least come with a removable soft top.

The final year of first-generation K5 Blazer production saw more than 44,000 produced, and this one looks factory fresh after being restored. Both exterior and interior appear like new based on the photos, whilst the 350-cubic inch V-8 engine also looks super clean.

A four-inch lift kit has been added for extra ground clearance, along with some serious off-road rubber. The headlights feature LED halos, whilst the trunk includes a substantial subwoofer connected to the retro-style stereo unit. 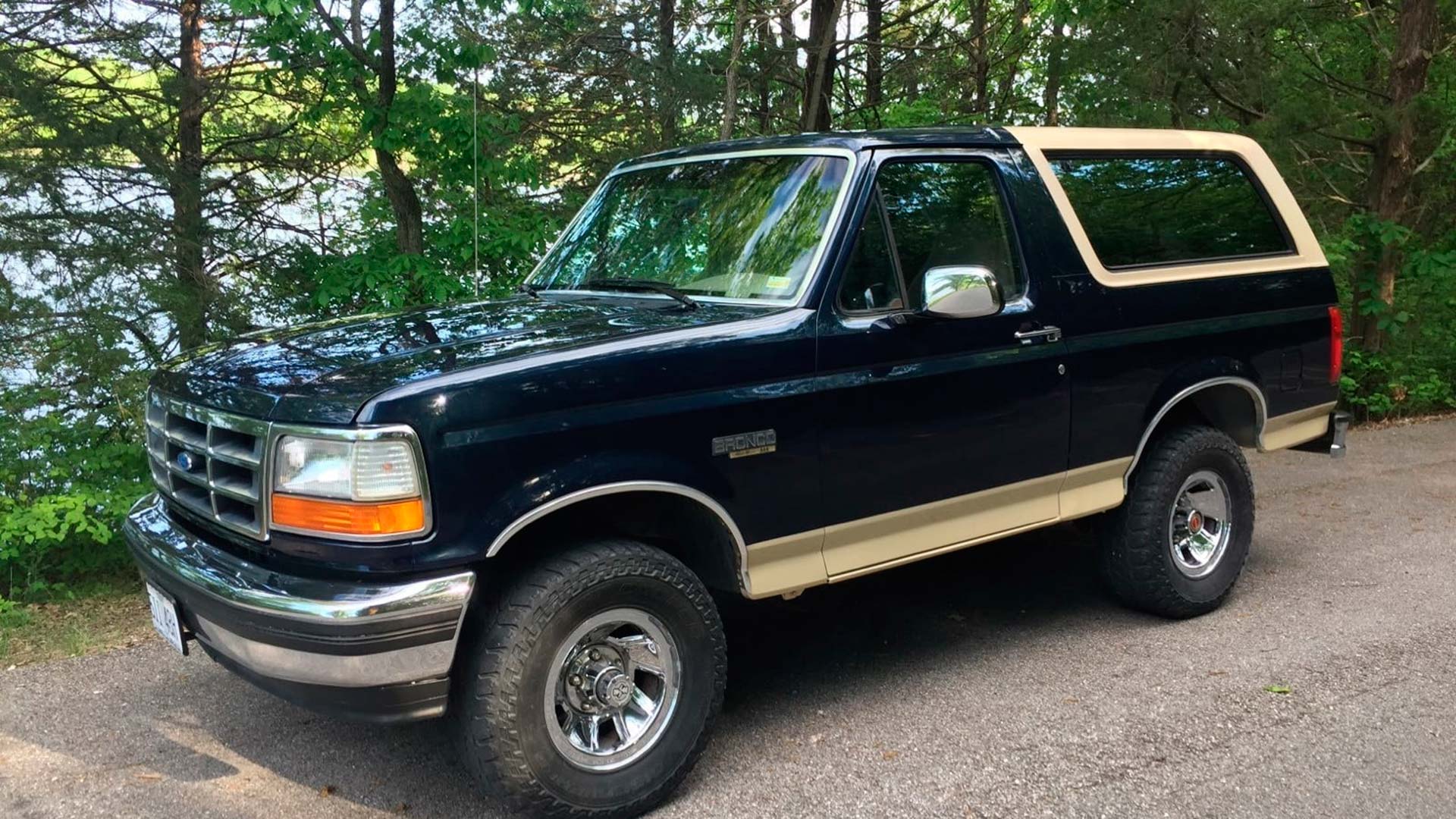 Excitement is building around the return of the Bronco name in 2020 but, if you need a fix now, there is always this 1993 fifth-generation version in Denver.

A recent respray has left the exterior looking sharp compared to many Broncos from the early 1990s. Inside a riot of plush beige and brown, along with an aftermarket Sony CD stereo unit with an auxiliary-in socket.

Power comes from the 351-cubic inch (5.8-liter) Windsor V-8 engine, which equals 203 horsepower and 300 lb-ft of torque. Selectable four-wheel drive, and even a towing package, should mean this Bronco can undertake some light work when needed. 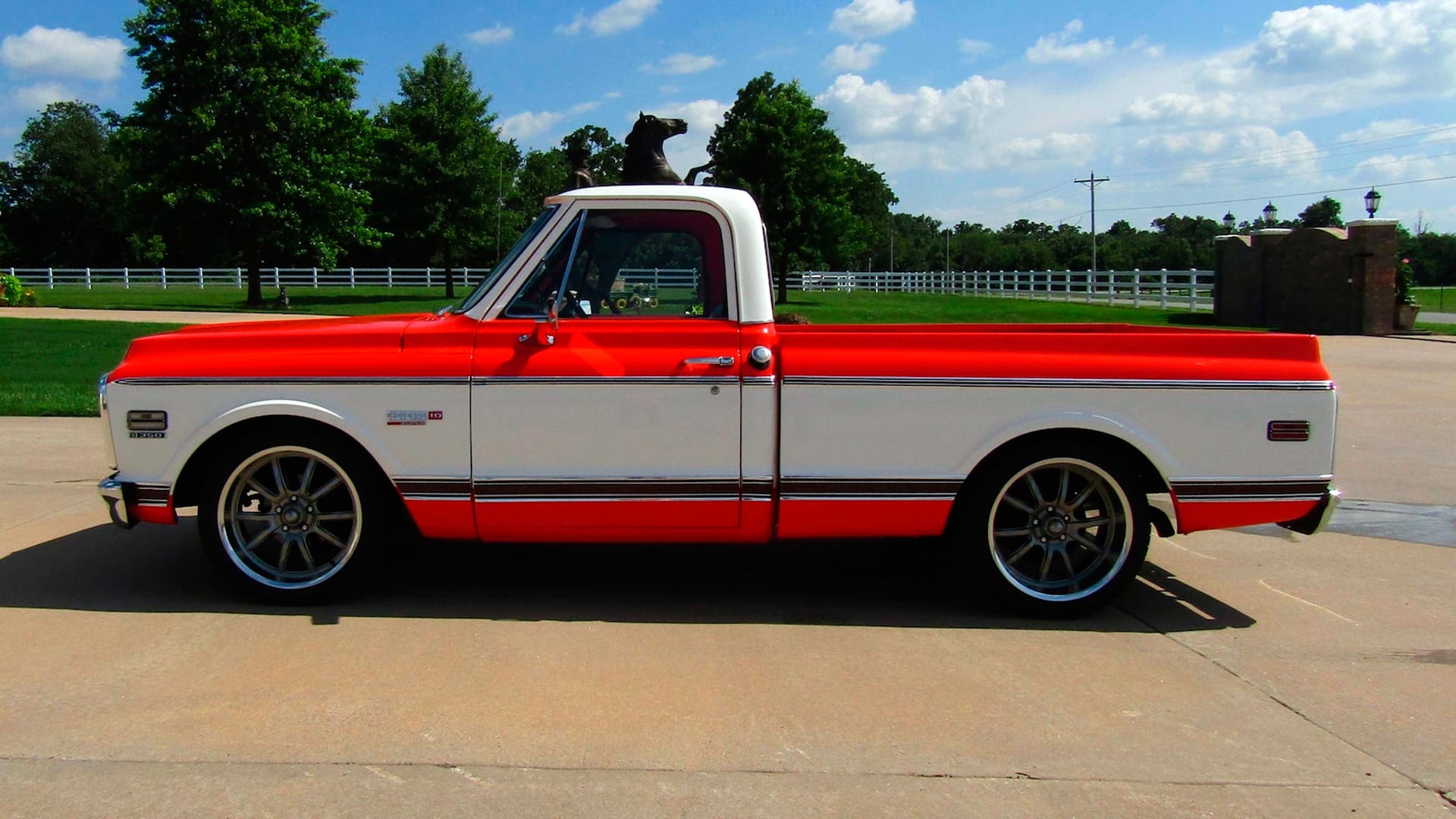 Second-generation Chevy C/K Series pickups are regarded as a perfect entry point into classic vehicle ownership, with plenty of options to choose from. Buy this ‘72 C10, in range-topping Cheyenne Super trim, and all the hard work has been done for you.

The current owner has seemingly spent plenty of cash here, with new paint, carpets, and bumpers amongst the latest additions. A set of 20-inch wheels are complemented by suspension dropped by more than 3-inches, giving it a mean stance.

Inside is the original bench seat, along with the factory-fitted air conditioning unit. The latter will have added $500 to this C10 when new. Breathing through a new dual exit Flowmaster exhaust is the 350-cubic inch V-8 engine, connected to a Turbo Hydra-matic 350 automatic transmission. 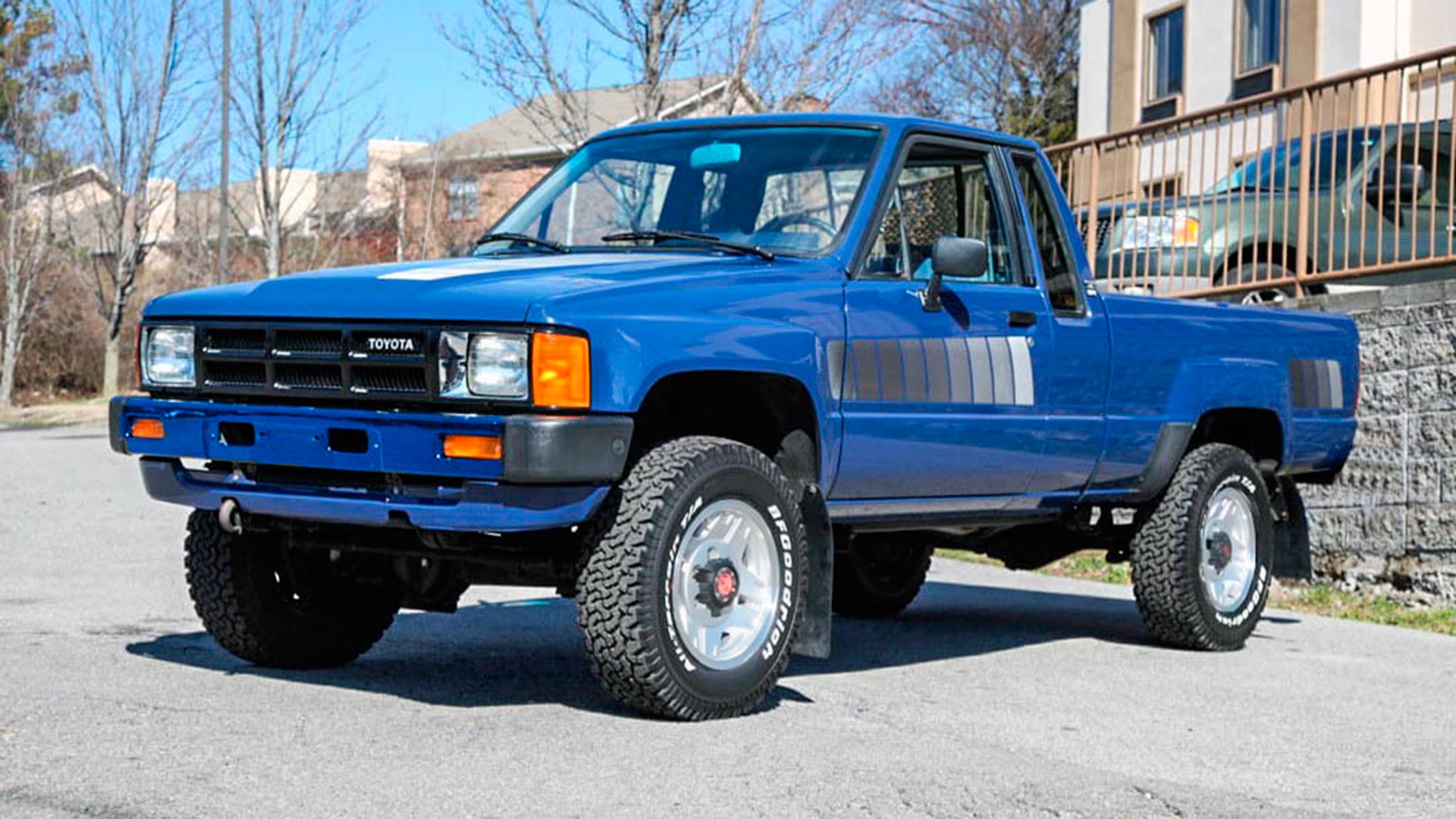 If Top Gear and Jeremy Clarkson are anything to go by, the fourth-generation Toyota Hilux is practically indestructible. In addition, the ‘85 SR5 Xtra Cab is considered to be the ‘holy grail’  of retro Toyota trucks by their aficionados.

Mecum is light on details and photos surrounding this particular SR5, but does note that it has been owned by the same family since 1993. It also comes with a wealth of history and documentation covering the past two decades.

This model year was the only one which featured the fuel-injected 2.4-liter R22-E engine, combined with straight axles. Subject to one repaint in its lifetime, the SR5 appearance package decals are what really grabs the attention here. 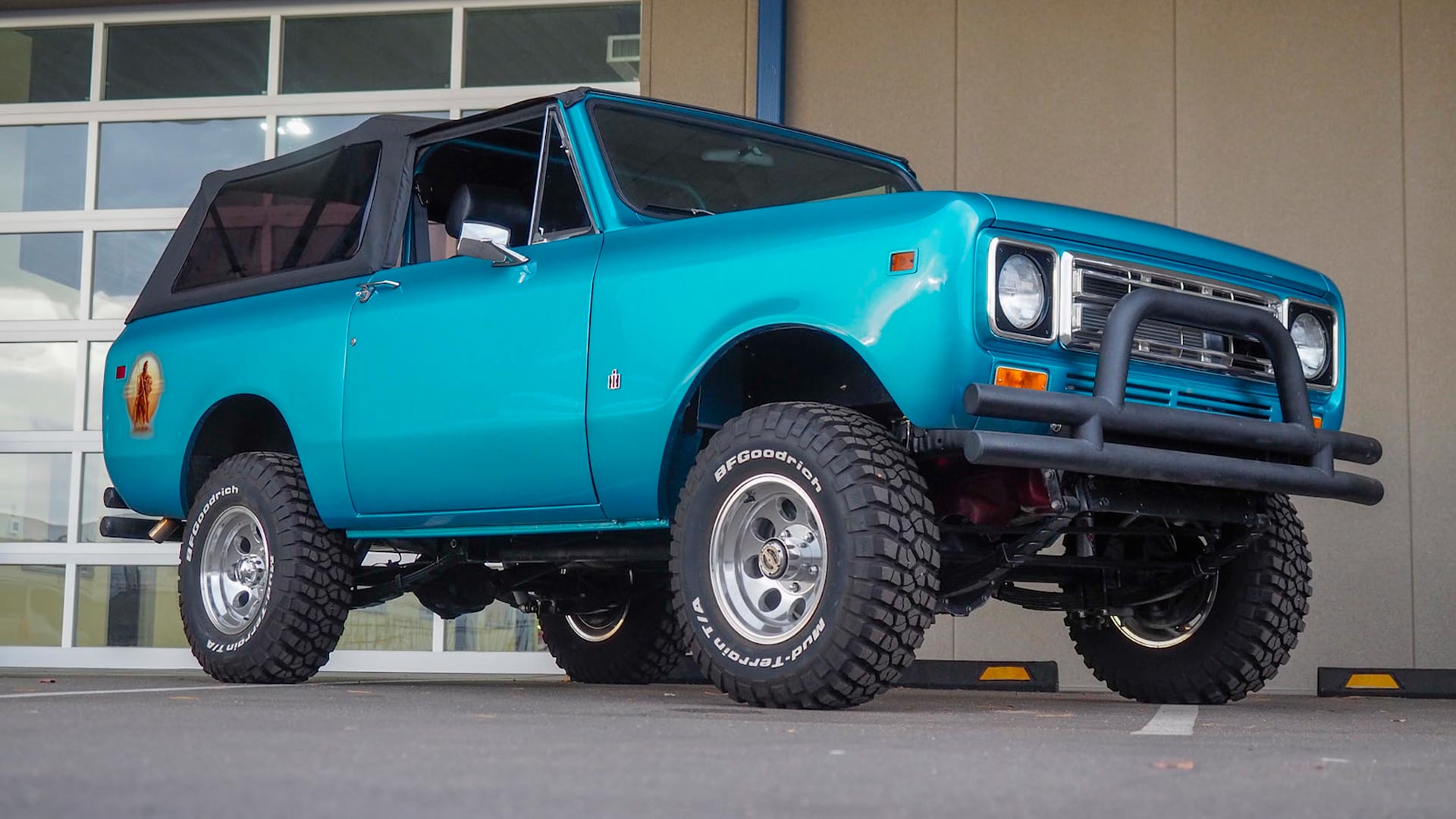 Values for the Scout II have risen dramatically over the past year, with vehicles in ‘excellent’ condition averaging over $33,000. Having been subjected to a detailed restoration, the seller of this SUV is clearly aiming for the big bucks.

Stripped back to the bare frame, this Scout II has been enamel undercoated and fitted with a rebuilt 345-cubic inch V-8 engine. A new exhaust has also been fitted, whilst there is also a Dana 44 front axle.

Teal paint abounds on the exterior, and even finds its way onto the interior trim. All-new upholstery has also been fitted, leaving virtually nothing for the next owner to do. Even the BF Goodrich Mud-Terrain tires are box-fresh. 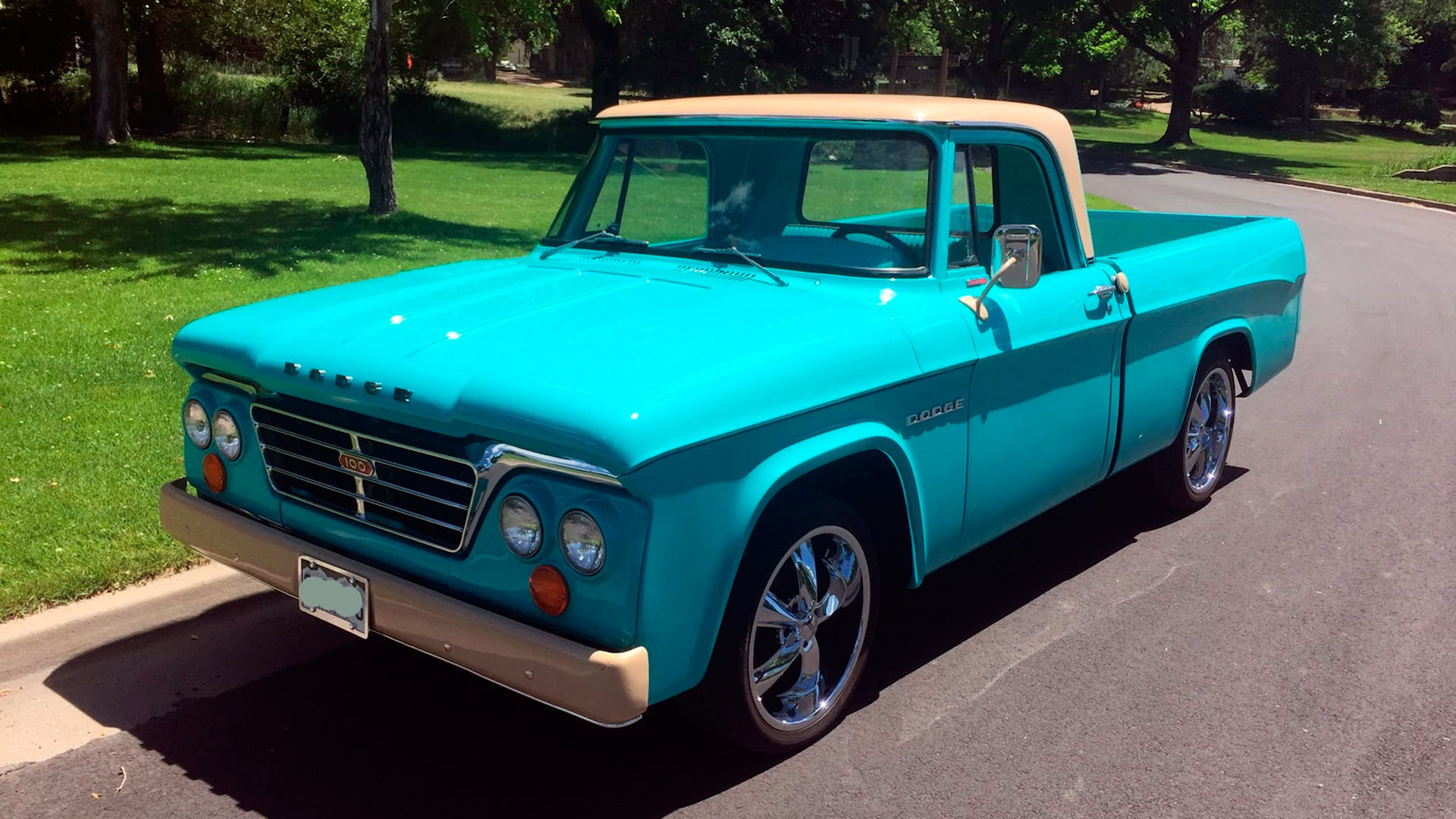 Although it may not grab the limelight as much as Ford and Chevrolet trucks, the Dodge D100 series is still a collectable option. Radical when introduced to the market, the first-generation trucks were built for only four years.

Mecum notes that the combination of short bed with the straight-sided Sweptside design was rare for 1963, with this truck having received fresh custom paintwork. The glass has also been replaced, and a set of 20-inch Foose Design wheels also fitted.

Under the hood is a rebuilt 318-cubic inch Chrysler A small block V-8 engine, which has covered just 2,000 miles since the work was completed. Even the push-button three-speed automatic transmission has been refurbished for the full retro effect.

The first lots at Mecum Denver 2019 will begin crossing the block on Friday July 12, with the rest following on Saturday. With so many vehicles on offer, there are likely to many happy buyers in the Rockies this weekend.