The worst cars for potholed roads

One pothole could cause damage costing almost two months of an average salary, claims MotorEasy 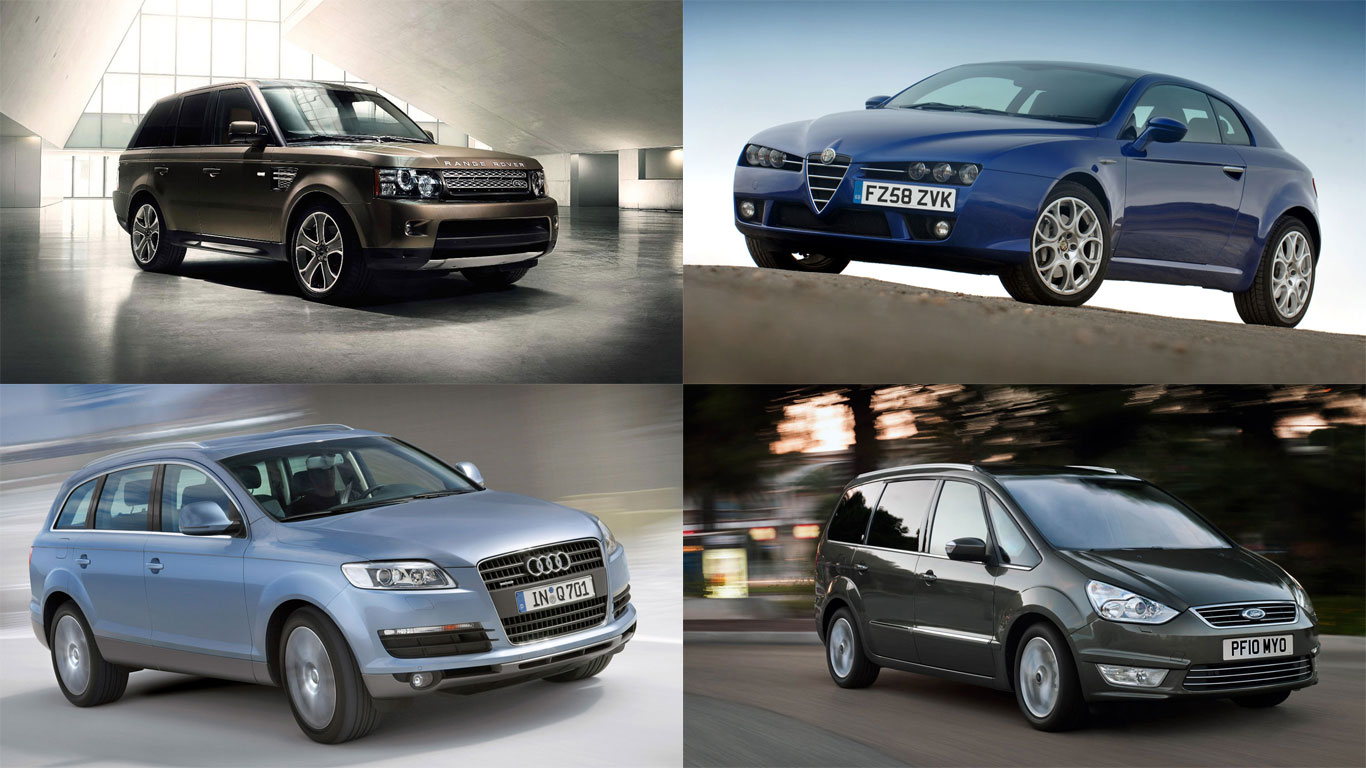 If there’s two things we like to complain about, it’s the weather and the state of Britain’s roads. Sadly, in both cases, we seem powerless to do anything about it, but while a rainy day is unlikely to leave you out of pocket, a potholed road could cost you thousands of pounds.

Online car and maintenance expert MotorEasy has analysed its database of 30,000 warranty customers to identify the top repair claims for axle and suspension damage. Spoiler alert: hitting a pothole could leave a serious dent in your wallet. Here are the top 10 claims in the last 12 months. 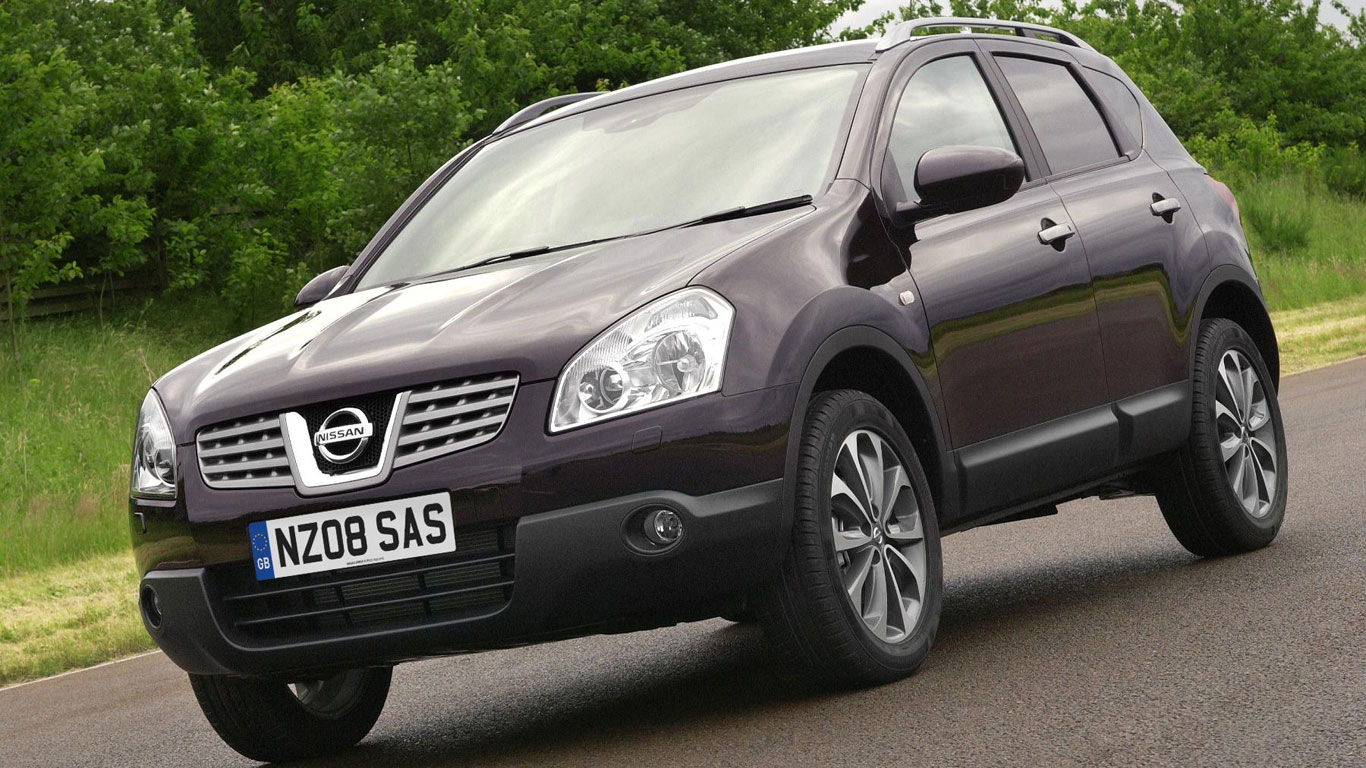 The Annual Local Authority Road Maintenance Survey (ALARM) revealed that 24,000 miles of UK roads need repairing within the next year, so be prepared for more pothole dodging over the next 12 months. According to MotorEasy, the owner of a 2008 Nissan Qashqai claimed £486 for a suspension/axle repair.

That’s more than the average cost of a suspension claim, which stands at £297. You might think that the nation’s most popular crossover is tough enough to tackle the mean streets, but it’s no match for a potholed road. 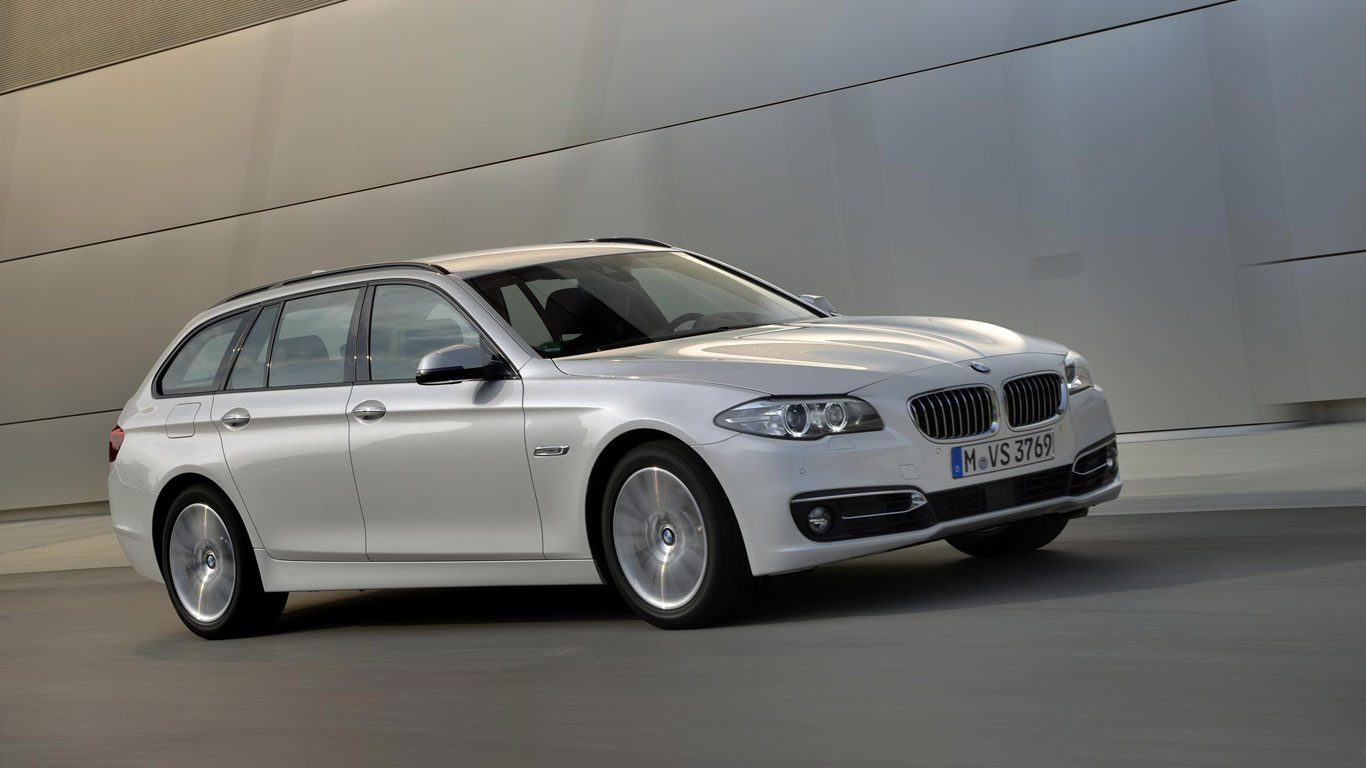 Meanwhile, the owner of a 2011 5 Series claimed £495 for suspension and axle damage, presumably following an unfortunate incident involving a British pothole.

Duncan McClure Fisher, MotorEasy founder said: “Potholes can prove to be a costly problem for motorists, causing damage that can run into thousands of pounds. With the ALARM report showing that a huge number of roads are still in poor condition, this is a problem that could plague many British drivers for months to come.” 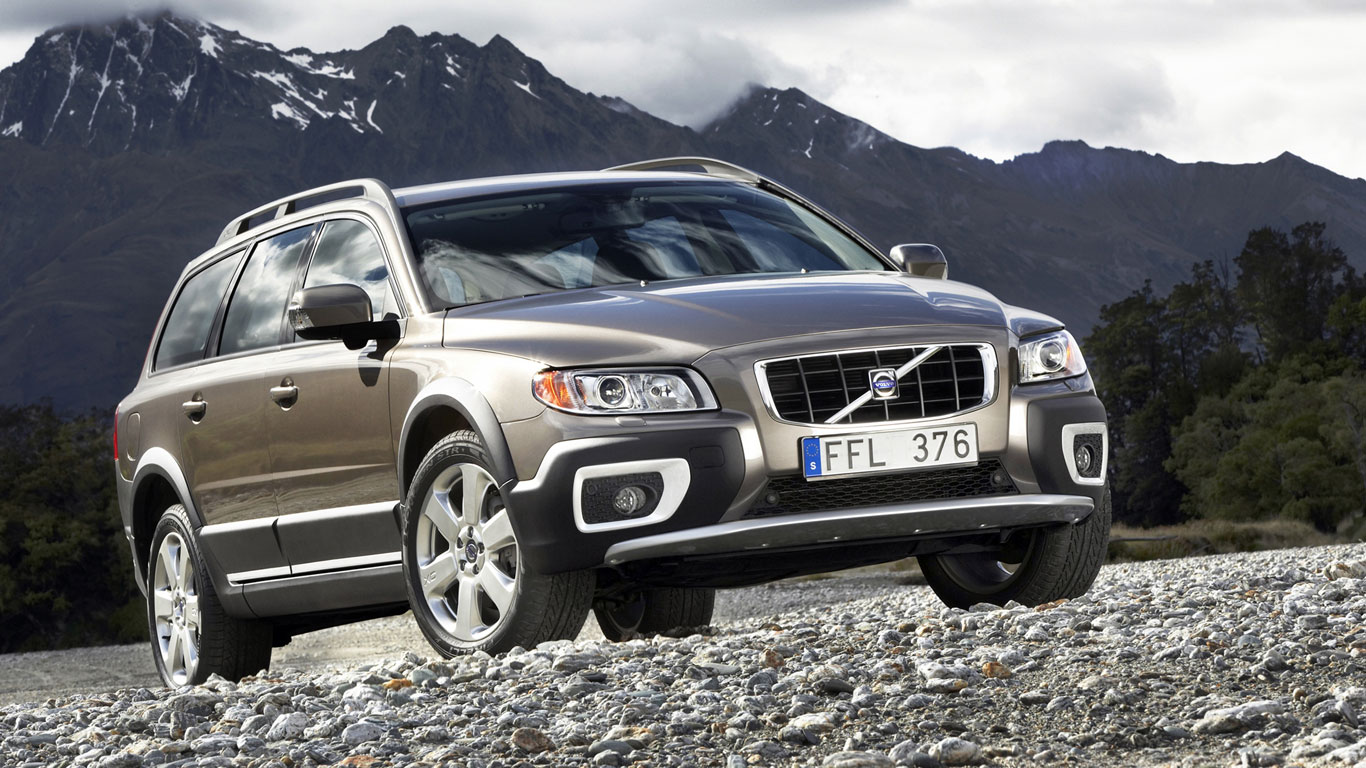 You’d think that a jacked-up off-road estate car would have no problem dealing with a potholed road. But while a Volvo XC70 is at home on a green lane or a gymkhana car park, it’s not immune to the curse of a pothole.

Did you know that it’s possible to report a pothole to the government? Head to www.gov.uk/report-pothole and enter the postcode of the unwanted crevice. 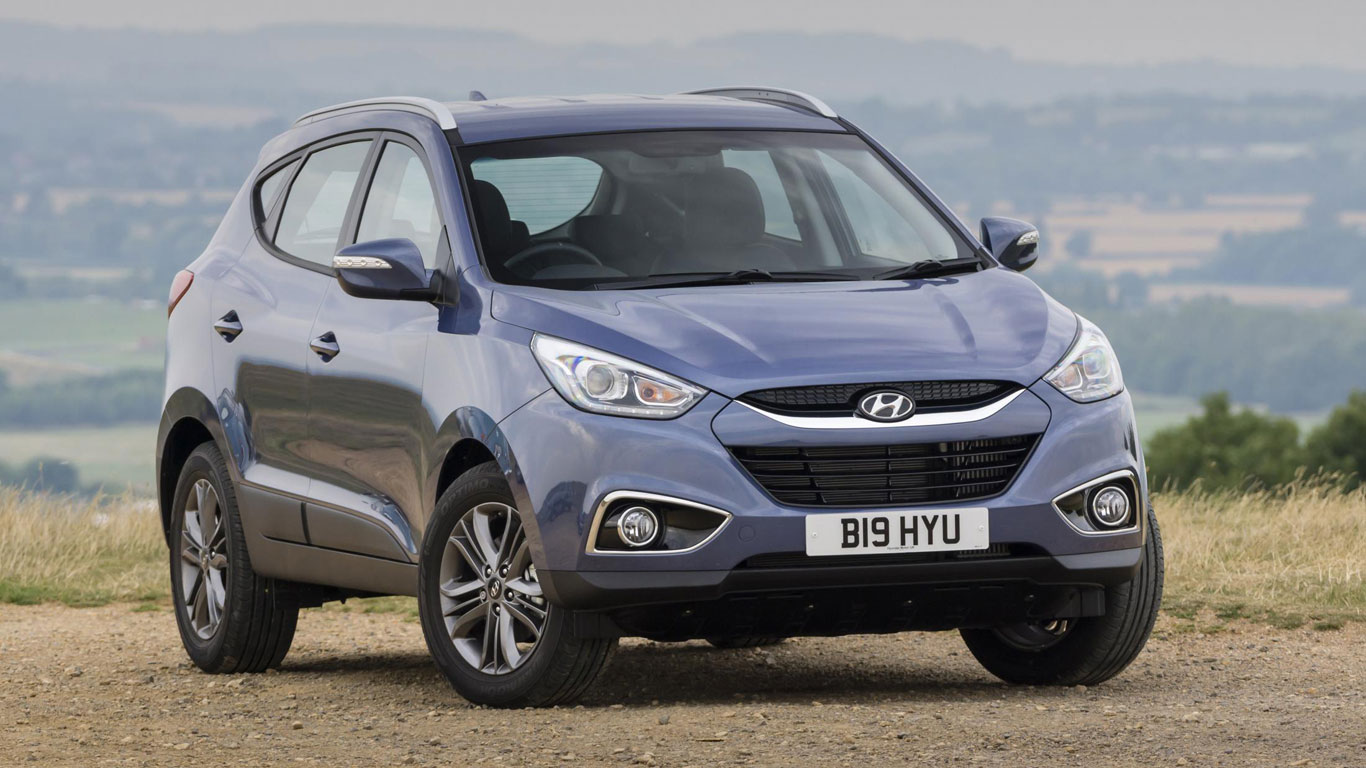 According to Potholes.co.uk, potholes are estimated to cause as many as one in 10 mechanical failures in the UK, costing motorists an estimated £730 million every year. 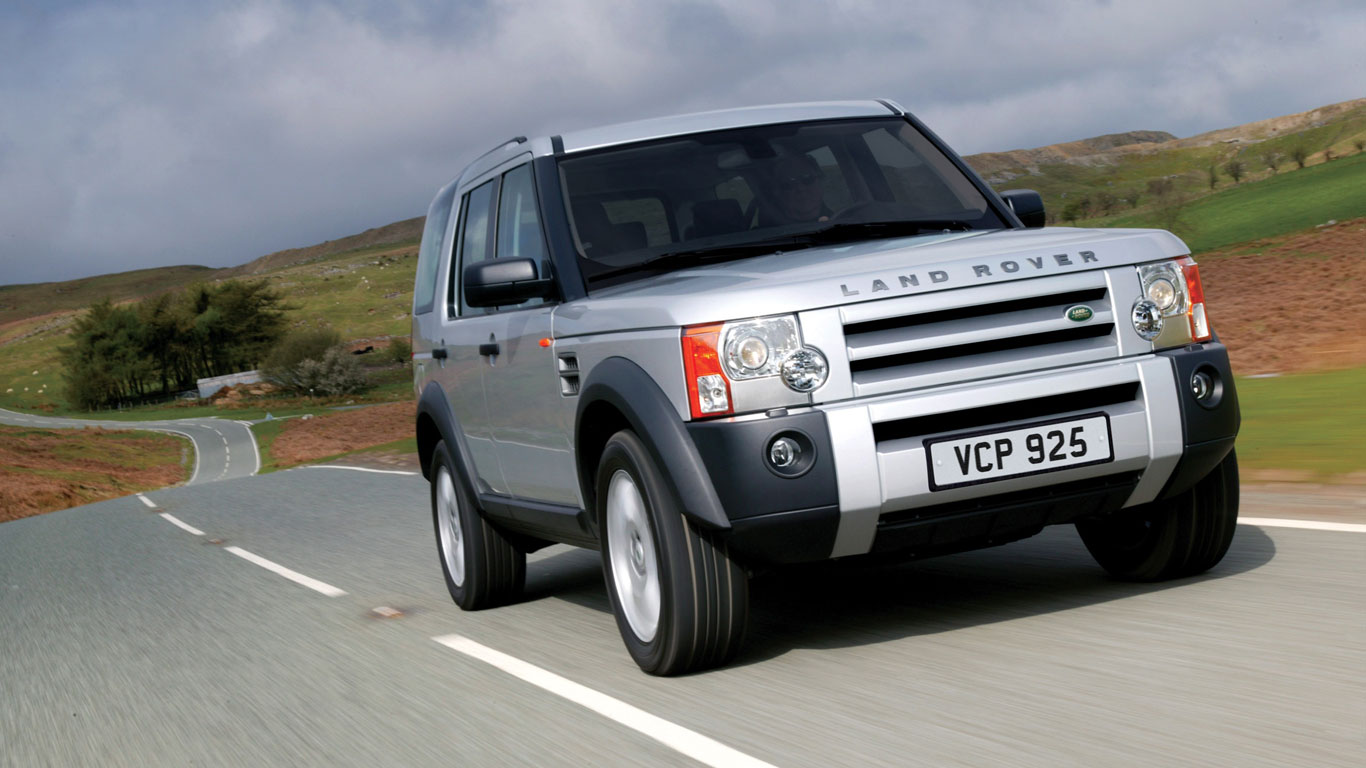 The Land Rover Discovery might have developed a reputation for its ability to climb every mountain and ford every stream, but a British pothole could stop this off-roader in its tracks.

Residents in Bangor were delighted to discover a 1.5m hole dubbed the “biggest in Bangor” had been filled in by the makers of The Voyage of Dr Dolittle. The filmmakers offered to repair the hole as part of a deal to film at the location. 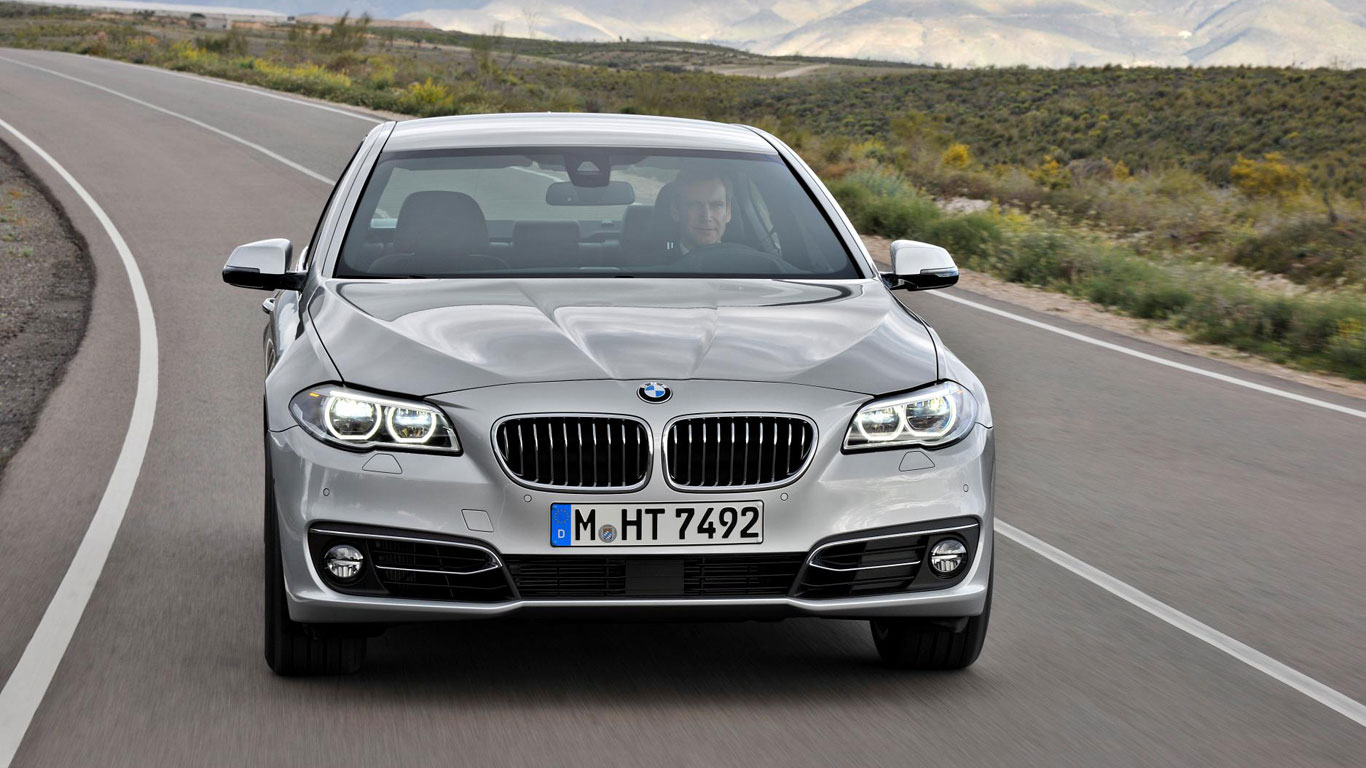 It’s the 2011 BMW 5 Series again, this time with a claim of £953. On this evidence, owners of F10/F11 5 Series will be taking extra care on their way home from the office this evening.

According to the Hull Daily Mail, the potholes on one street are up to five inches deep, with one resident saying: “I have a five-inch deep pothole outside my house that wakes me up in the morning when people drive over it. It’s dangerous and I’m worried about a cyclist going over the handlebars.” BMW 5 Series drivers should avoid Thoresby Street, Hull. 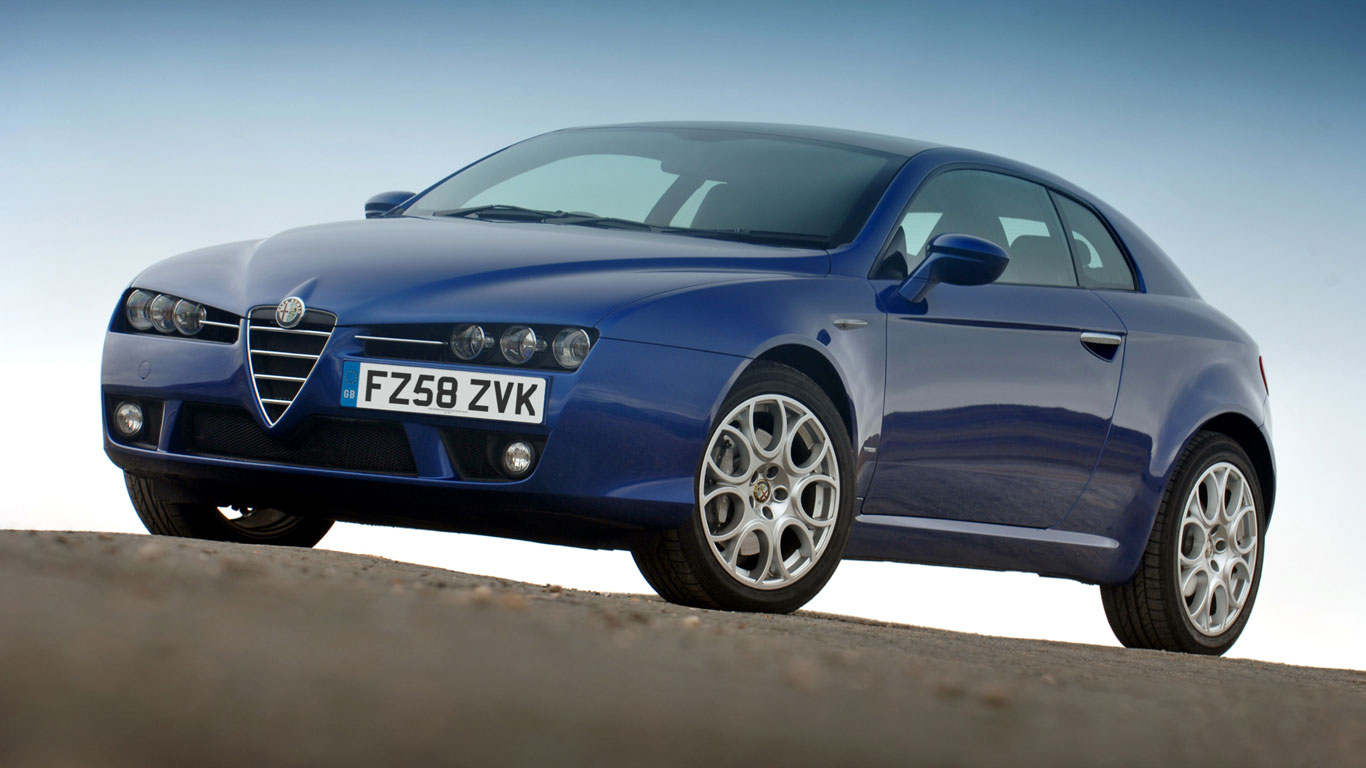 Meanwhile, still in Hull, one garage owner said he is fixing cars wrecked by potholes every week. Wayne Sargeson told the Hull Daily Mail: “We easily replace one or two snapped coils a week now. Going back a couple of years, we’d only maybe do one a month.”

The first claim to run into four figures is a repair job on a 2008 Alfa Romeo Brera. But why are the roads in such a poor state? It’s a combination of factors, including councils lacking the funds to repair them, and the effects of the winter weather, including the ‘Beast from the East’. 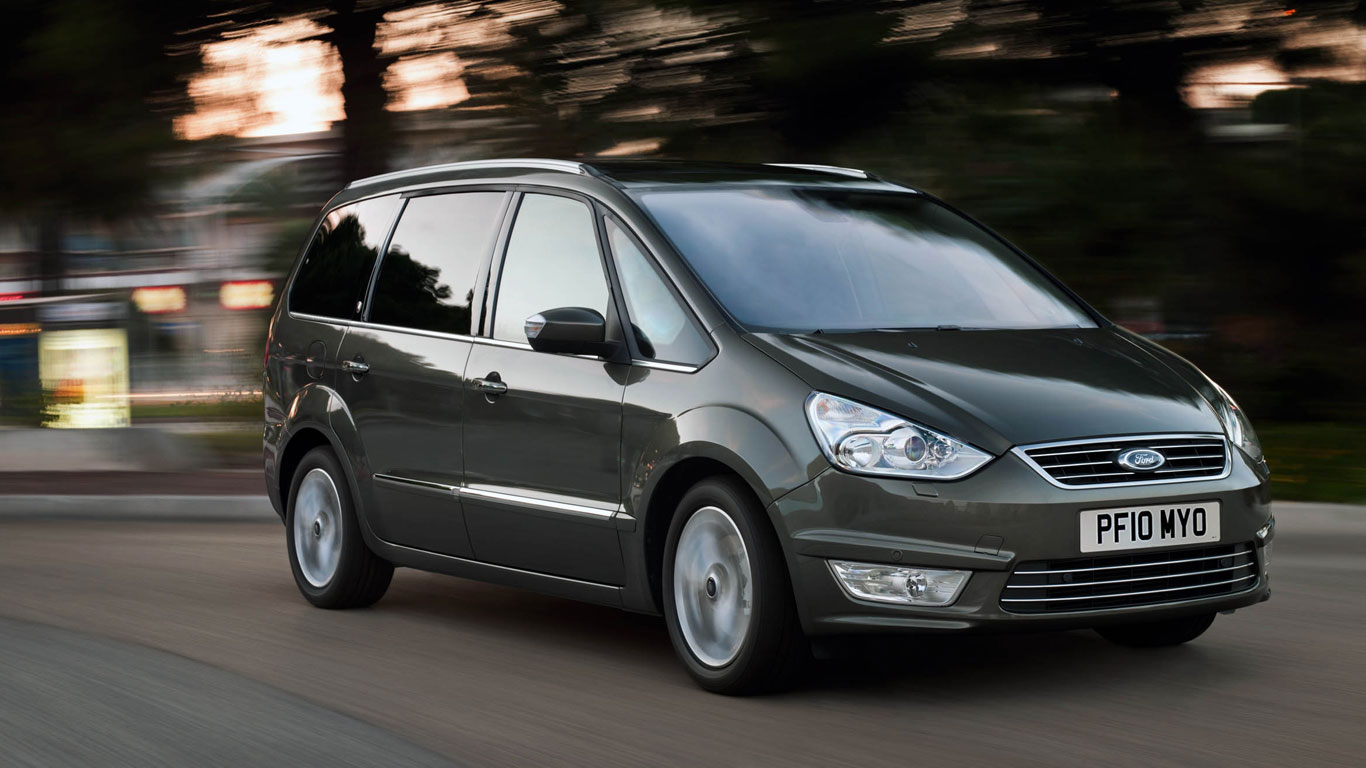 You can buy a 2011 Ford Galaxy from upwards of £3,500, which means that this claim for repairs represents a sizeable proportion of the car’s value. Just as well it was covered by an aftermarket warranty.

Drivers aren’t alone in their pothole misery. A recent YouGov poll for Cycling UK found that more than half of people would cycle more if the roads were in a better condition. Duncan Dollimore, Cycling UK’s head of campaigns, said: “Cycling is still a minority activity in the UK with only 2 percent of all journeys made by bike. Those who do cycle put up with the potholes and dangerous traffic conditions daily and still continue.” 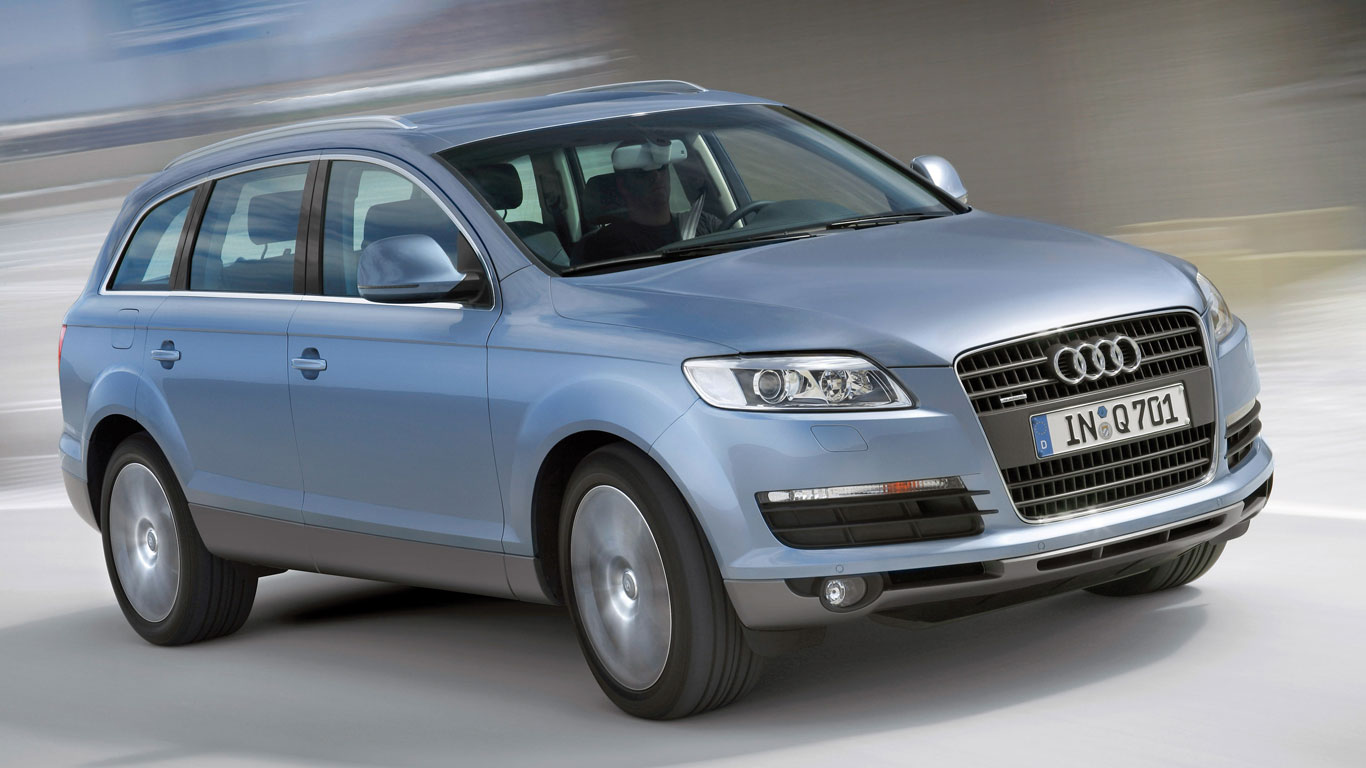 Imagine hitting a pothole and finding out that it had caused £3,528 worth of damage. When a mechanic takes a sharp intake of breath before presenting you with the bill, that’s normally the time to prime your wallet for action.

On Friday 13 January 2017, the Department for Transport announced funding for a so-called ‘Pothole Spotter’ trial, with Thurrock, Wiltshire and York councils using vehicle-based cameras to identify potholes when out on the road. 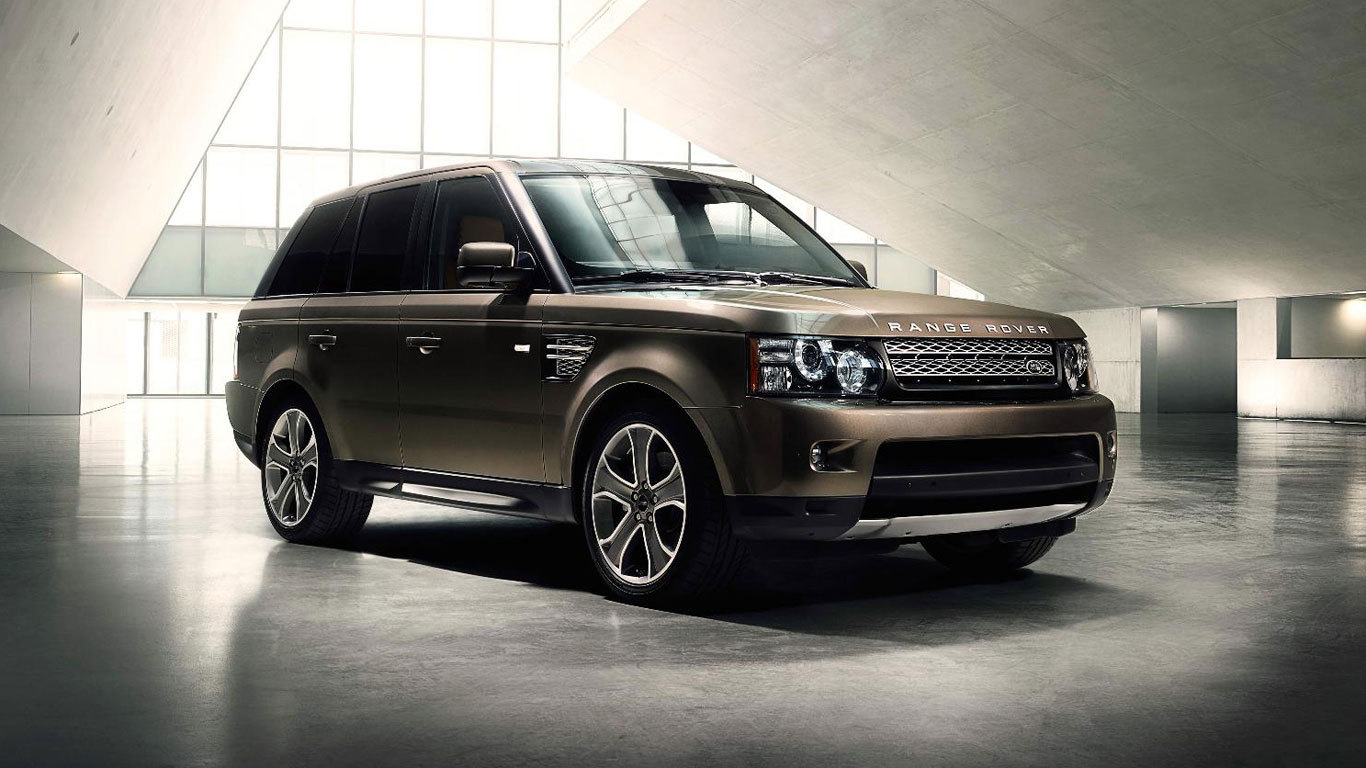 Meanwhile, the world-first BridgeCat uses sensors to measure the damage caused by floodwater. Crucially, the system uses sonar and underwater cameras to assess damage before the flood water has receded. This tech has come too late for the owner of one Range Rover Sport…

Hitting a pothole resulted in a whopping £3,863 of repair bills, which must have been hard to stomach. If you see a pothole, be sure to report it to your local council or via the government website.