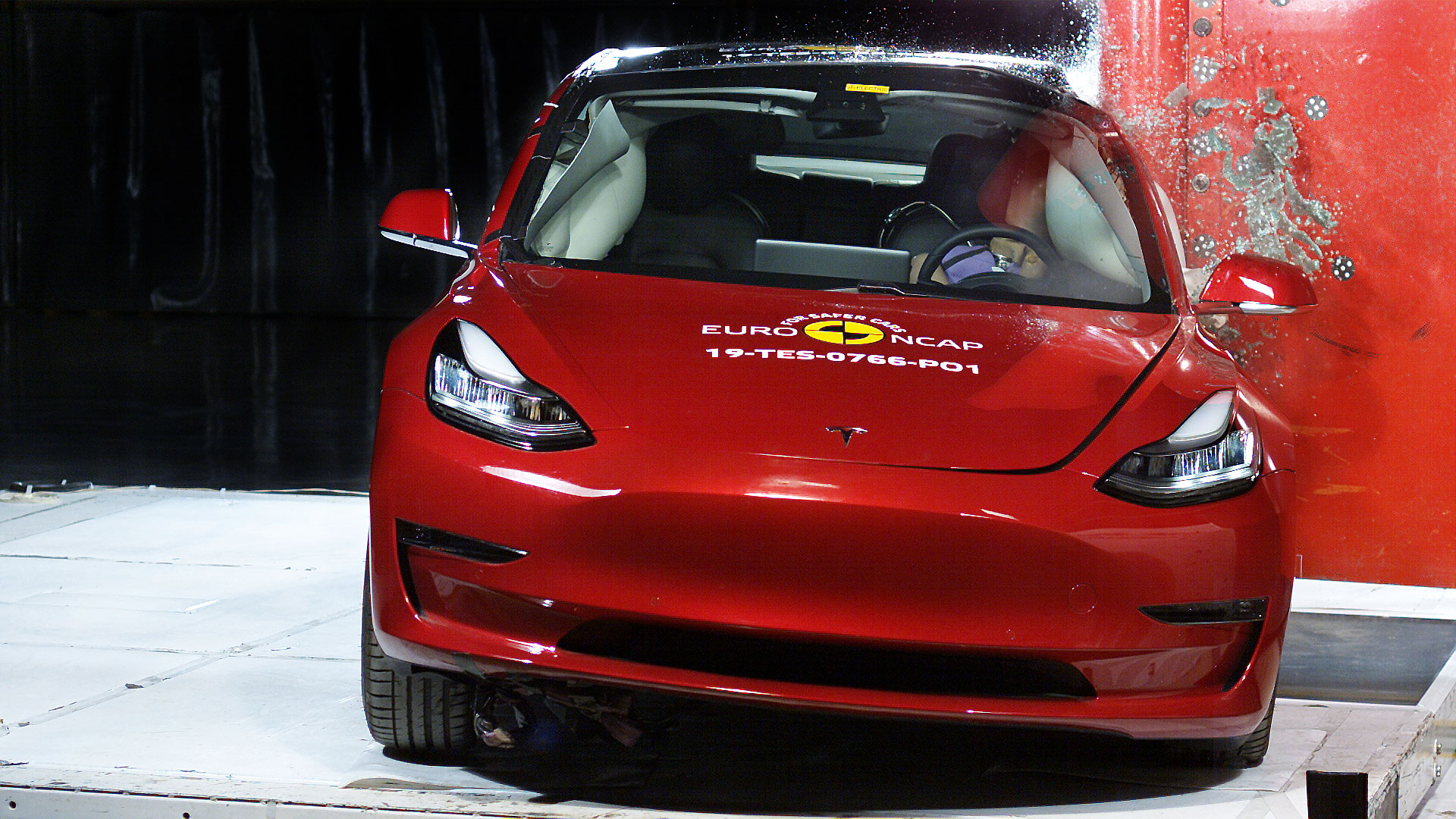 A perfect score in the frontal deformable barrier crash test contributed to an impressive set of results, including 96 percent for adult occupant safety, 86 percent for child occupant and 74 percent for vulnerable road users.

The Model 3’s safety assist rating is a new safety benchmark; the previous highest rating in 2019 was the 82 percent scored by the Citroen C5 Aircross, while the Audi Q3 was given an 85 percent rating in 2018. 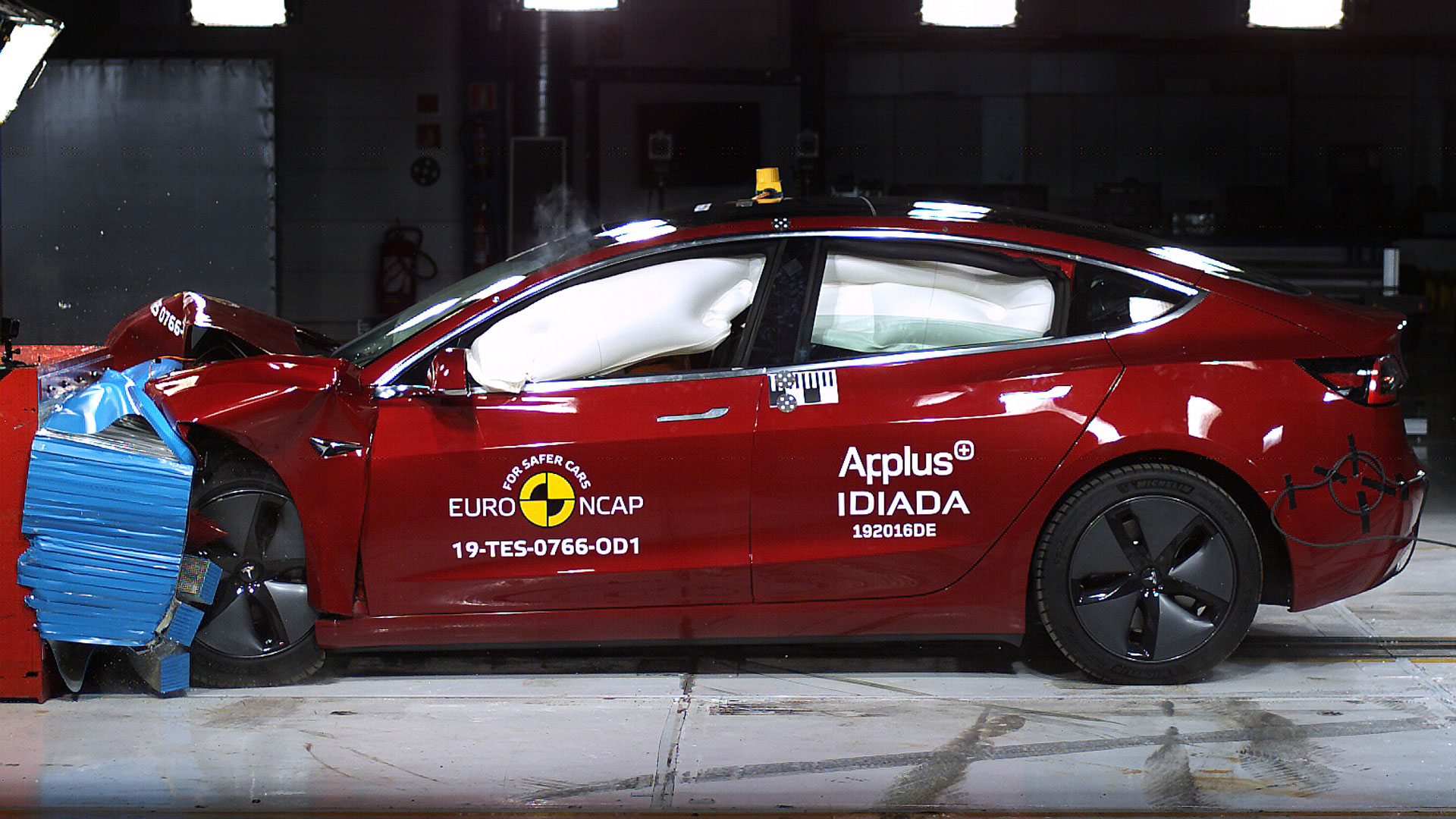 Matthew Avery, director of research at Thatcham Research, said: “The Tesla Model 3 achieved one of the highest safety assist scores we have seen to date.

“Tesla has done a great job of playing the structural benefits of an electric vehicle to its advantage. Impact performance is enhanced by the absence of a mechanical engine and the car’s low centre of gravity.

“The Tesla Model 3 really benefits from its all electric-architecture.”

The Tesla was one of six new cars to be crash tested by Euro NCAP, with the Skoda Scala, Mercedes-Benz B-Class and Mercedes-Benz GLE given five stars for safety.

Skoda’s new Scala hatchback scored an excellent 97 percent for adult occupant safety – the second highest rating of 2019. Scala prices start at £18,585 for the SE, and the five-star rating applies to the entire range.

The same isn’t true of the Kia Ceed and DS 3 Crossback, with both cars receiving a four-star rating – or five with the fitment of an optional safety pack. 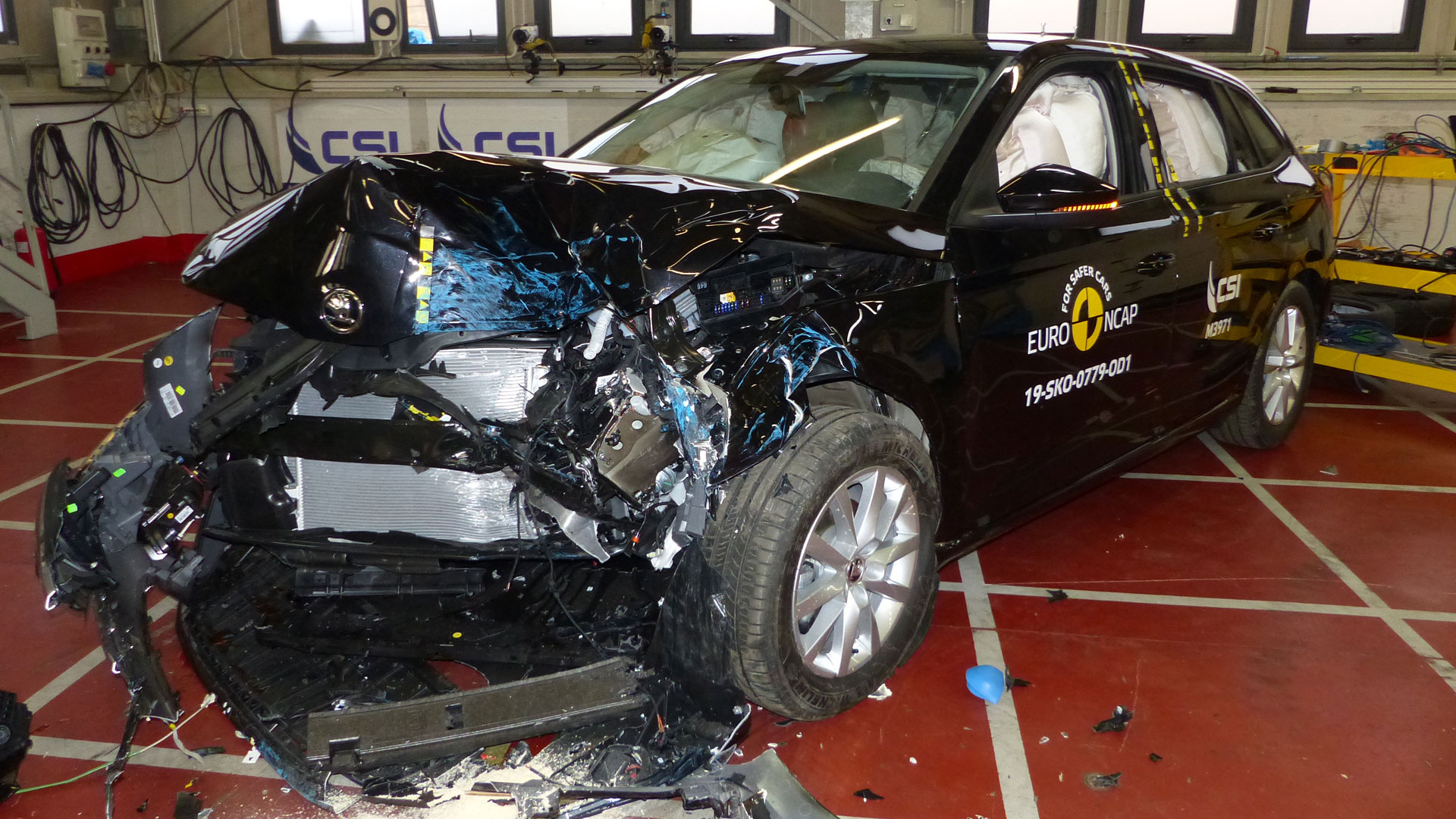 Michiel van Ratingen, secretary general of Euro NCAP, said, “It’s great to see cars doing so well.  Our tests get tougher and tougher, and cars continue to perform well, which means that car-buyers are getting an ever-safer range of vehicles to choose from.

“Next year, we up the ante again, with better tests of driver-assistance systems, a completely new frontal crash test and more attention to protection in side crashes. These new tests should help to make the roads safer for everyone.”