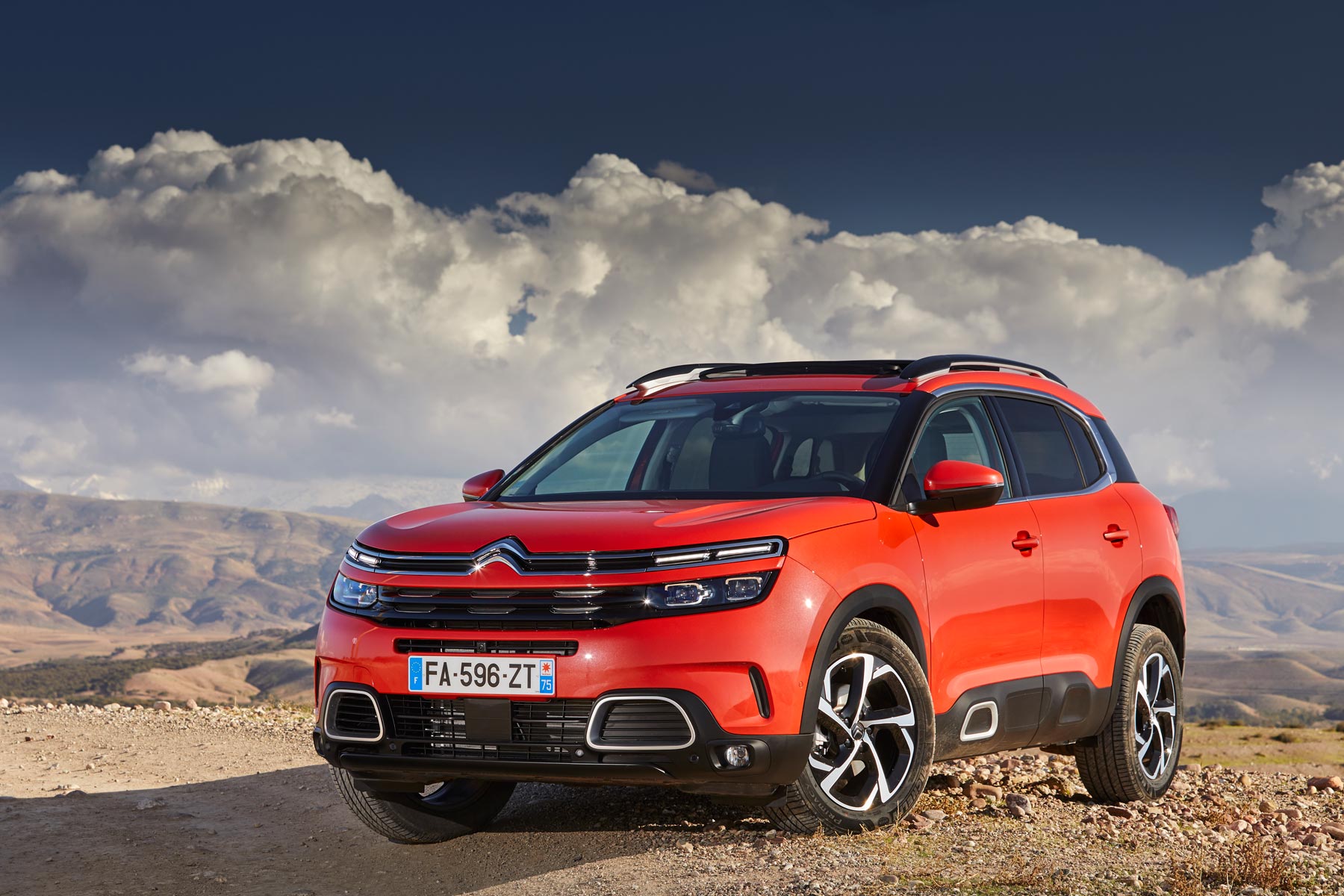 Spoiler alert. I haven’t given the new Citroen C5 Aircross its full name, for reasons that will become clear in a moment. But first, let’s give credit where it’s due. The French company has been doing amazingly well of late. Amongst all the doom and gloom around ever-falling car sales, Citroen is selling more cars. Private buyers have been particularly keen on its blend of great style and competitive PCP offers.

Building that position, then keeping up the same momentum, is far from an easy proposition. After all, if it was straightforward, others would have done it already. So what has changed?

Citroen pricing has been keen for years, but personal contract purchase (PCP) has been a real strength. And the model range is not one you’d recognise from even a few years back. While some of the nomenclature is similar, like the C1 supermini, everything has got a lot, well, funkier.

Citroen styling sometimes verges on simply being too in-your-face, but, by and large, its cars stand out with their own distinctive family style.

A crossover, not an SUV 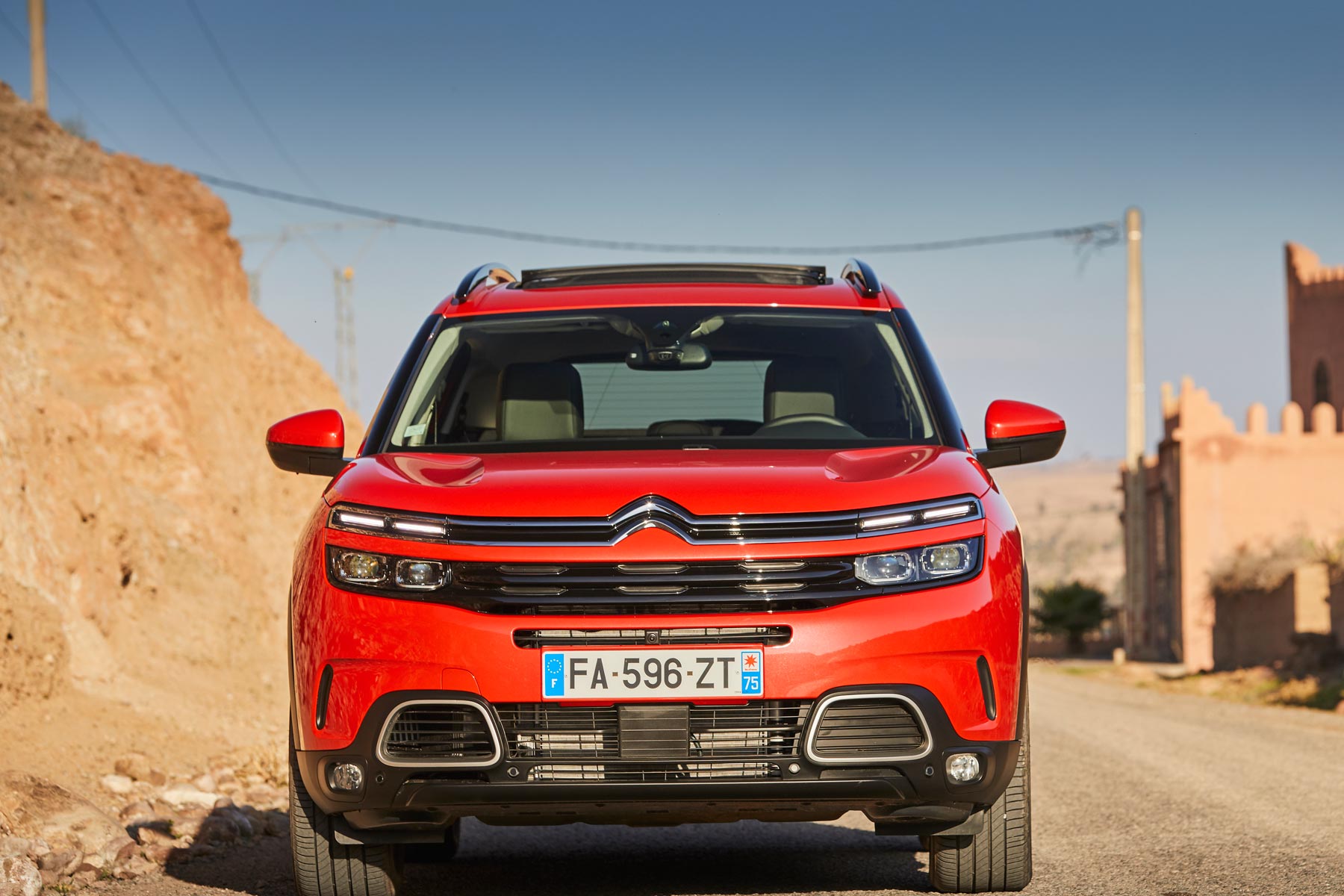 Now for the contentious bit, which is passing some cars off for what they are not. Take another car in the Citroen range, the compact C3 Aircross ‘SUV’. If there’s one thing this car is not, it’s an SUV. It’s telling that no manufacturer that makes a real SUV actually makes the acronym titular. And so to the new C5 Aircross SUV reviewed here…

What’s going on? Simple. SUVs are selling like hot cakes, and Citroen wants a slice of the action. But it doesn’t have a four-wheel-drive chassis on which to build one. Who cares? Not Citroen or indeed its sister Peugeot, which does exactly the same thing.

If you’re not following this, a little bit of history. The ‘Sport Utility Vehicle’ was a concept dreamed up in the States to cover things like Jeeps and Land Rovers. What we used to call 4x4s. The SUV name embraced these, along with more civilised vehicles like the BMW X5, Mercedes-Benz M-Class and Toyota Land Cruiser. And later, smaller but almost as able off-roaders like the BMW X3 and Nissan X-Trail.

In the great hierarchy of cars, beneath SUVs sit crossovers, cars that want to be SUVs but don’t have four-wheel drive. They look the part, but really they are just taller cars with an imposing bonnet and a tall posture. The magnificently successful Nissan Qashqai is the benchmark. And a crossover is what the C5 Aircross is, too. 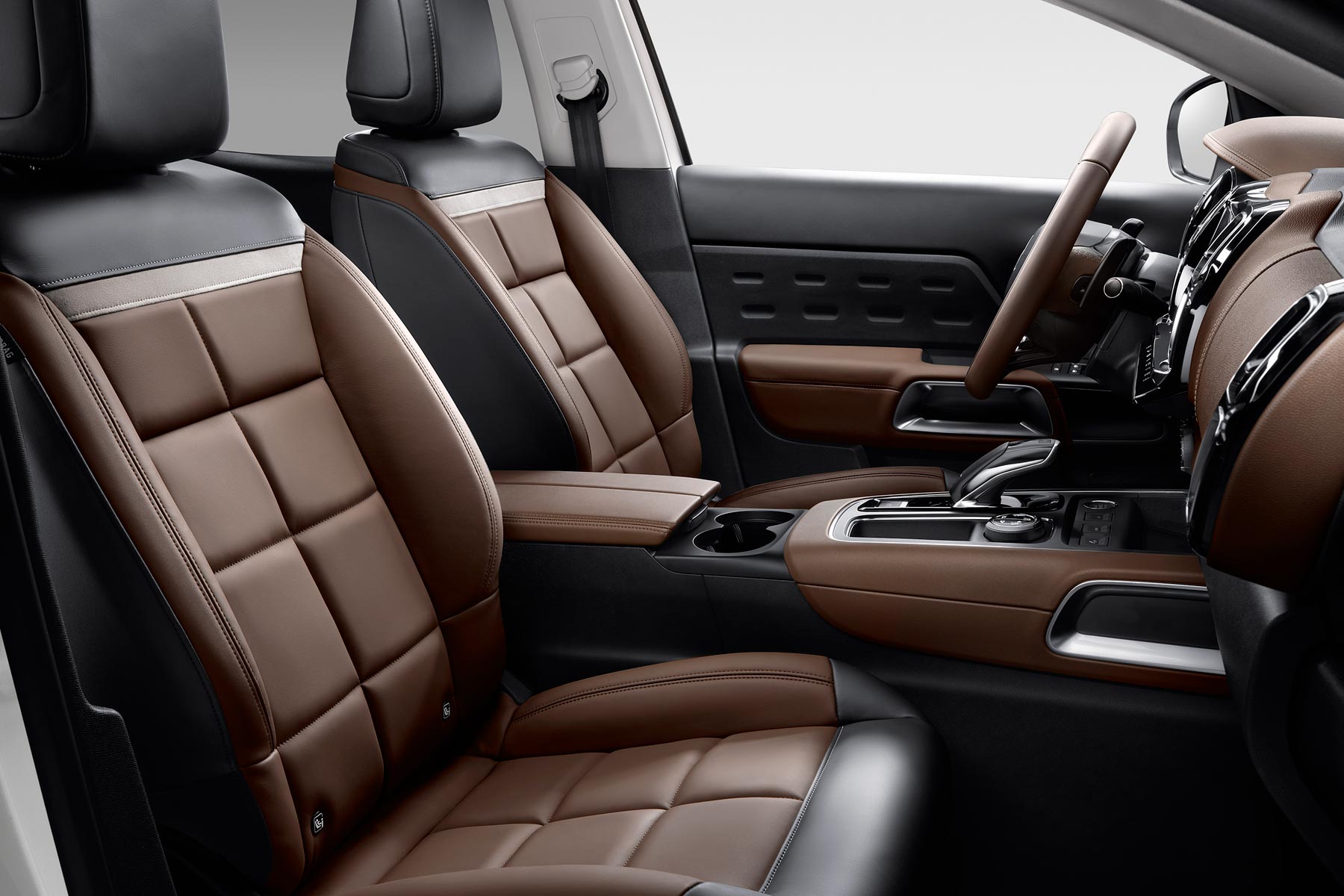 You get a proper French car smooth ride here. Citroen has done some clever things with the suspension, which smooths out all but the worst bumps. Coupled to brilliant sound suppression (from the engine, wind and tyres), the C5 Aircross is a calming way to travel.

The front seats have multiple layers of foam of varying density, which suited me very well after two three-hour drives. The upholstery looks smart, albeit not quite up to the standard of rivals in its finish and stitching. In the rear, three individual seats can be useful, although unlike the Citroen C4 Spacetourer, only the outer ones have Isofix mountings for child seats. There is a third, however, on the front passenger seat. 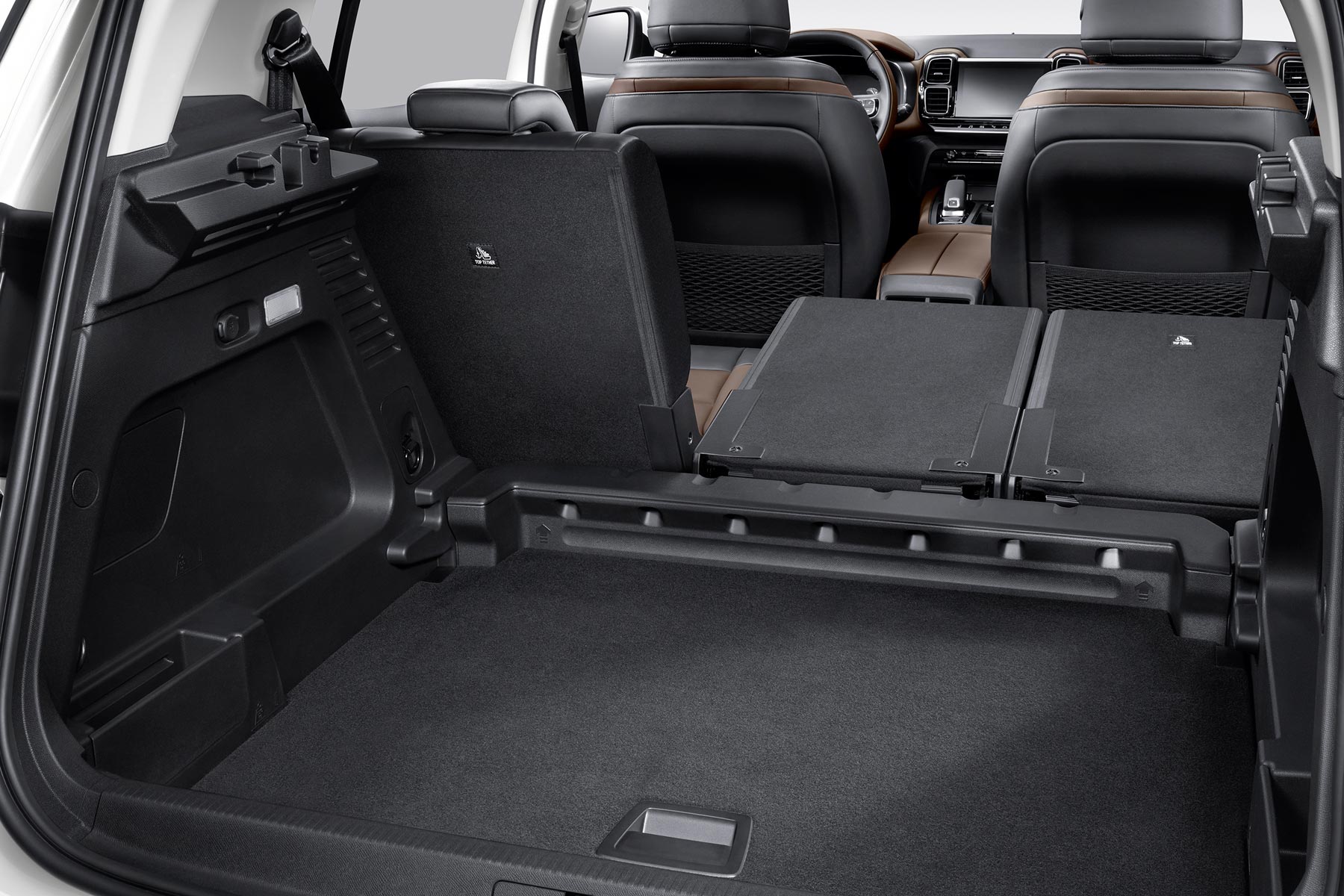 If you do have kids in the rear, the seats can be slid forward by as much as 150mm, which does wonders for the already sizeable boot space. For larger occupants, those rear seats also recline.

It’s practical in other ways, with easy access to all seats and a simply huge air-conditioned box in the front. The central dashboard screen covers the major functions like music, radio, heating and navigation. It’s a touchscreen, but in a good way, with everything easily accessed without much distraction from your driving. 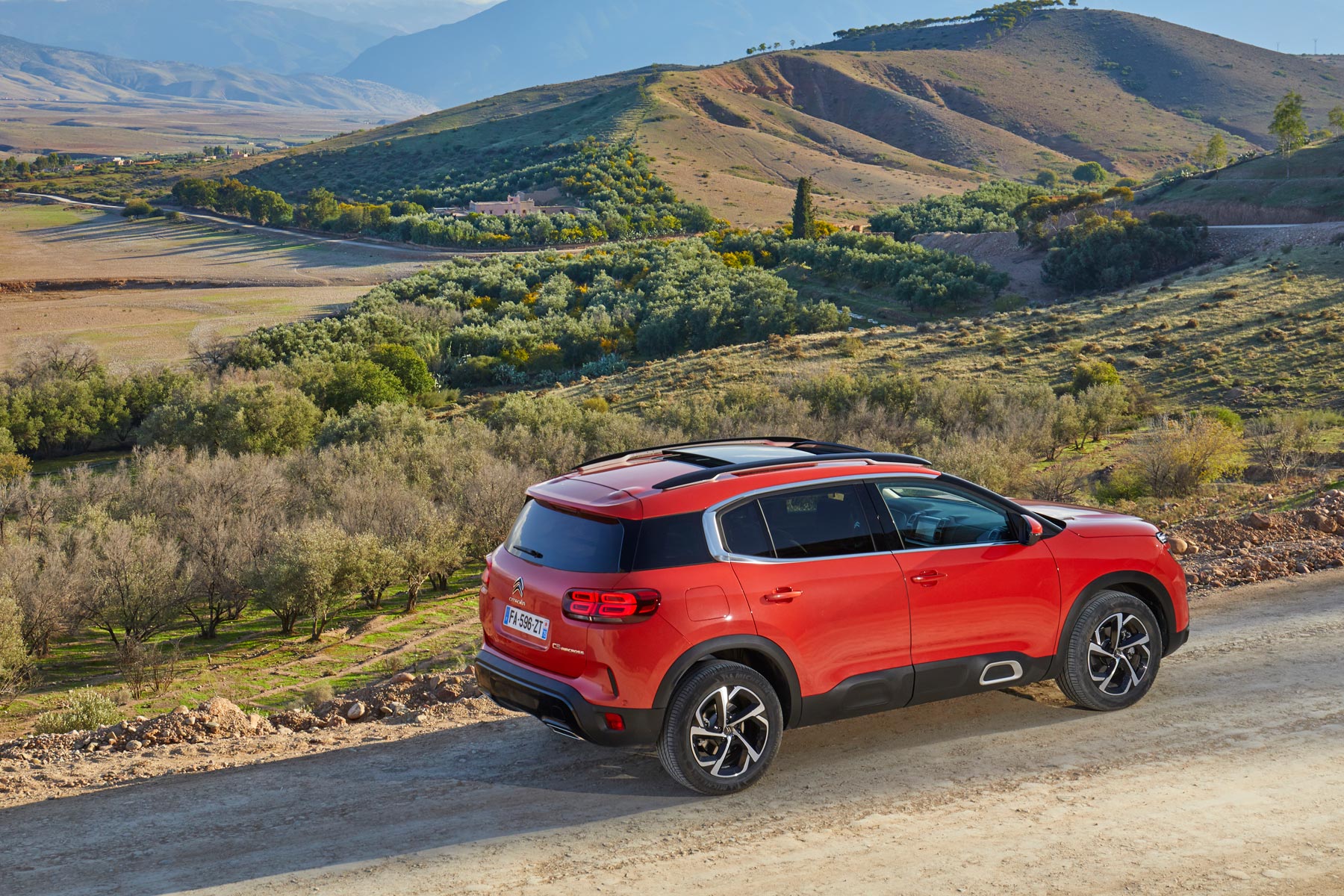 Like most manufacturers, Citroen has been downsizing its engines to make them less polluting and more economical, while using turbochargers to give equal, sometimes better, performance than the units they replaced. The cheapest petrol model is powered by a 1.2-litre engine, with CO2 emissions of around 120g/km and what looks like entirely passable performance. There’s a 1.5 diesel with CO2 that’s 10% lower, for a £1,500 premium.

The cars we drove in Morocco were the most powerful, and both were fitted with an eight-speed automatic transmission. The 180hp turbo petrol model was feisty and quick, and seemingly all you could ask for in the C5 Aircross. Until, that is, you stepped into the 180hp turbodiesel. This was more relaxed, less urgent, and yet seemed even more responsive.

That’s not a Citroen thing, merely the well-established fact that modern diesels are still a force to be reckoned with. This C5 Aircross diesel also seemed a better match to its automatic gearbox, whereas the petrol version demanded a heavier foot to get a response.

The rough with the smooth 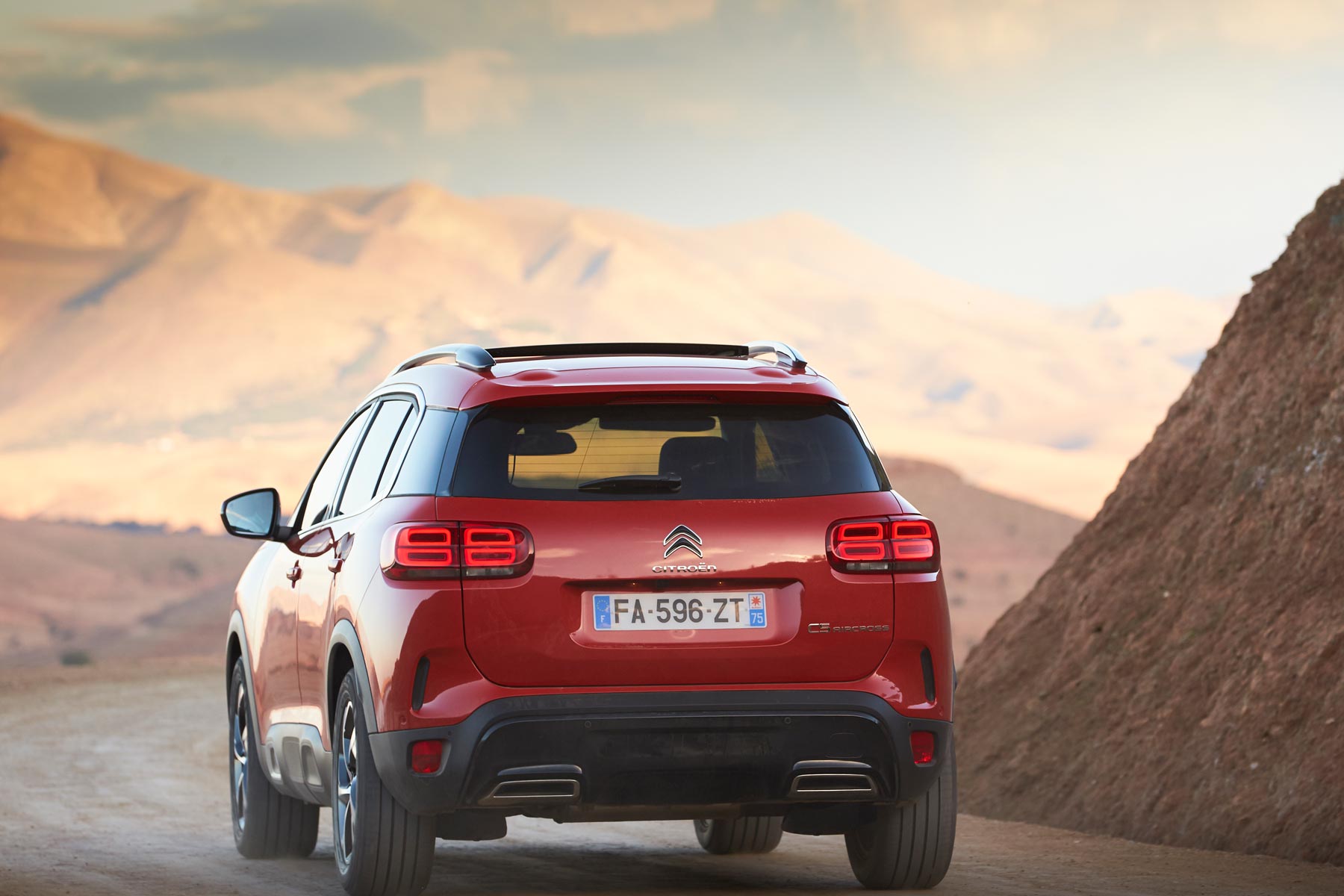 So let’s be clear, the C5 Aircross is front-wheel drive, like most new cars these days. It’s no surprise that it handles very well on the Tarmac, has light power steering that gives almost no feel of the road through the steering wheel (if that bothers you), and the soft-ish suspension means there’s some body-roll in corners, although it isn’t bad.

And here’s Citroen’s argument about its off-road prowess. Any version can be bought with ‘Grip Control’, plus mud and snow tyres, for a reasonable £400-£600. This, they say, gives the C5 Aircross enough rough-terrain ability to suit most buyers. But it can never, ever, be as competent as four-wheel-drive, especially if the SUV has similar tyres. 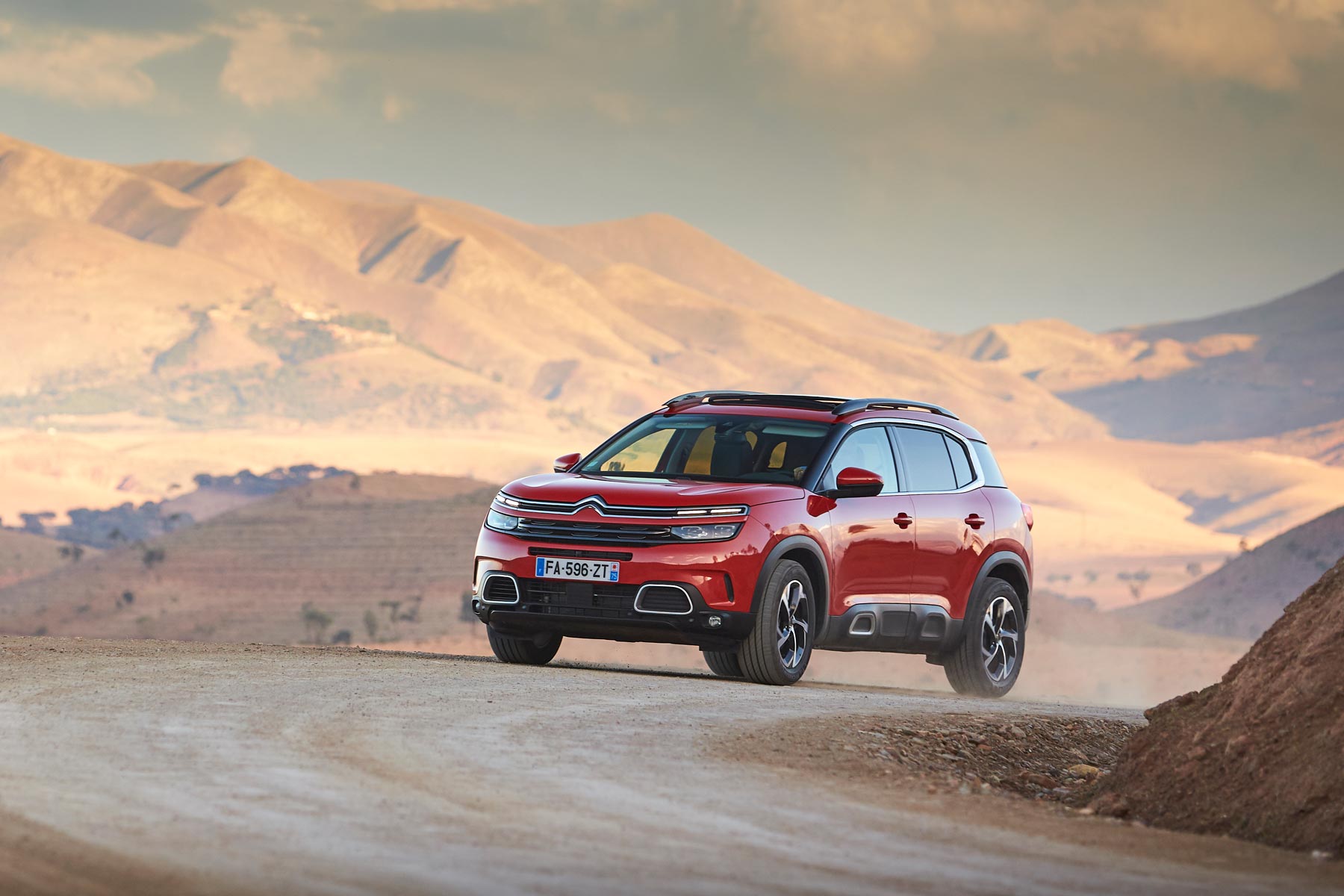 It’s an easy car to like, the Citroen C5 Aircross. With prices from £23k, the Nissan Qashqai, Kia Sportage and Hyundai Tucson are all cheaper to get into at the lower end, yet there’s not a great deal in it. Look instead at the PCP offers and the story may well turn on its head.

As a rather bigger alternative, the Skoda Kodiaq has a lot to offer and can, like the Kia and Hyundai, be bought with four-wheel drive.

The Citroen C5 Aircross doesn’t pack a killer blow, then, but it’s a perfectly nice family car with standout styling. Just don’t bargain on getting an SUV.