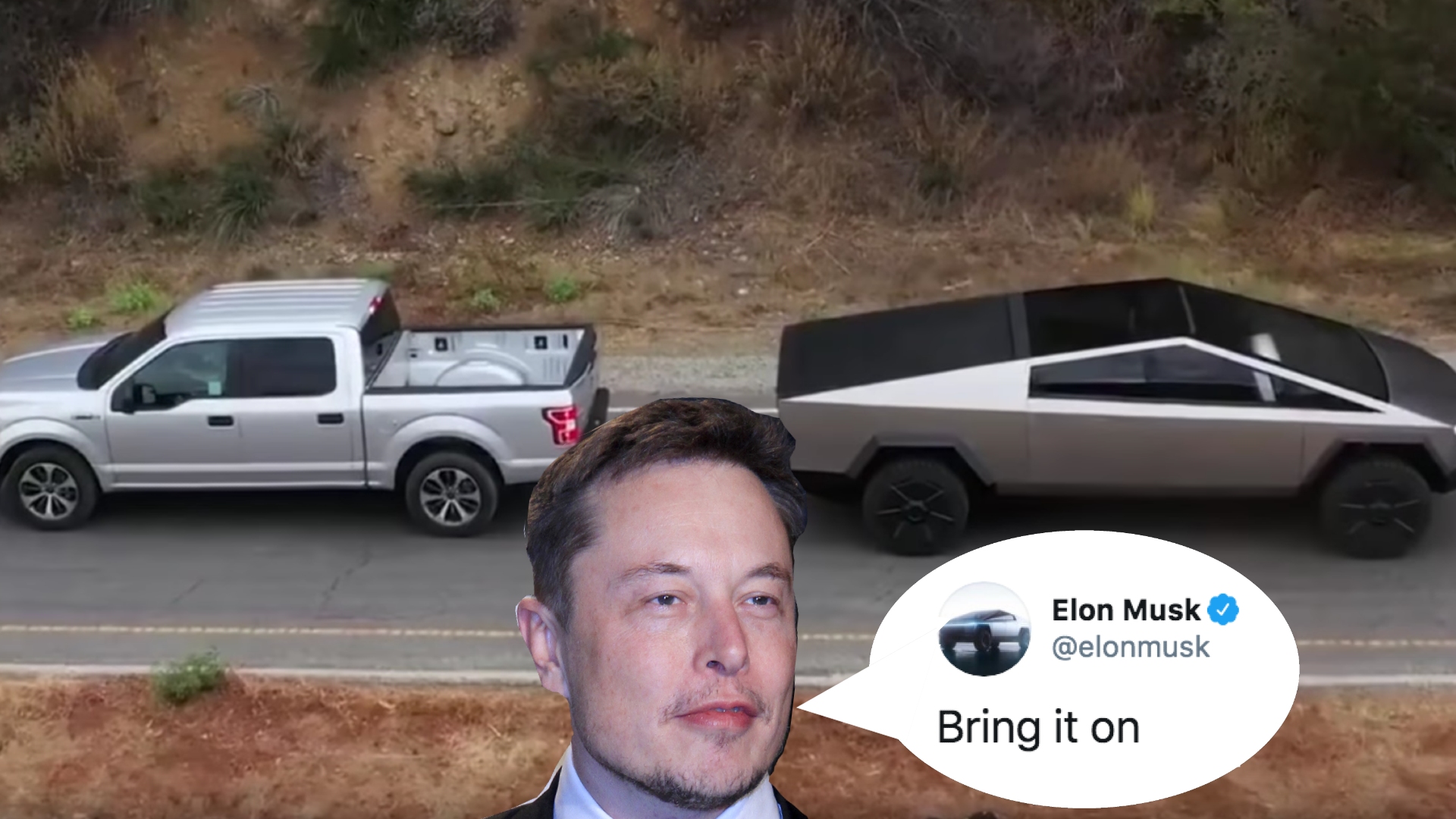 Elon Musk has responded to Ford’s request for an ‘apples-to-apples’ truck tug of war. The Tesla CEO said “bring it on”, after the Sundeep Madra, vice president of Ford X at Ford Motor Company, threw down the gauntlet yesterday.

The reason for the rematch? A video of the Cybertruck winning a tug of war with an F-150 pick-up has been criticised for being unfairly tipped in the trapezoidal Tesla’s favour.

Not quite the convincing proof that the Cybertruck is “better than an F-150” as Musk claims.

Interestingly, Madra said Tesla should send Ford a Cybertruck with which to perform the new tug-of-war. For all Musk’s retaliatory bravado, we’d be highly surprised if he does that.

It might not be an issue anyway, given that Ford itself has qualified Madra’s challenge as ‘tongue-in-cheek’ in a statement to InsideEVs. Will the rematch happen at all, if it was all Twitter posturing?

It’s not like Ford has much to prove. A few months ago, it released a video of a prototype electric F-150 towing one million pounds (453,592kg) of laden freight train.

Other manufacturers have poked fun at Tesla, too. In response to the Cybertruck’s rocky reveal, BMW showed off its armoured X5, saying it ‘comes with bulletproof windows and offers splinter protection in case it gets hit by a metal ball’.

Of course, that refers to the Cybertruck’s ‘unbreakable’ windows that broke on stage, causing Musk to blurt expletives.