The Type 64 is the oldest-surviving and the most important Porsche in the world. It'll headline the RM Sotheby's Monterey sale in August. 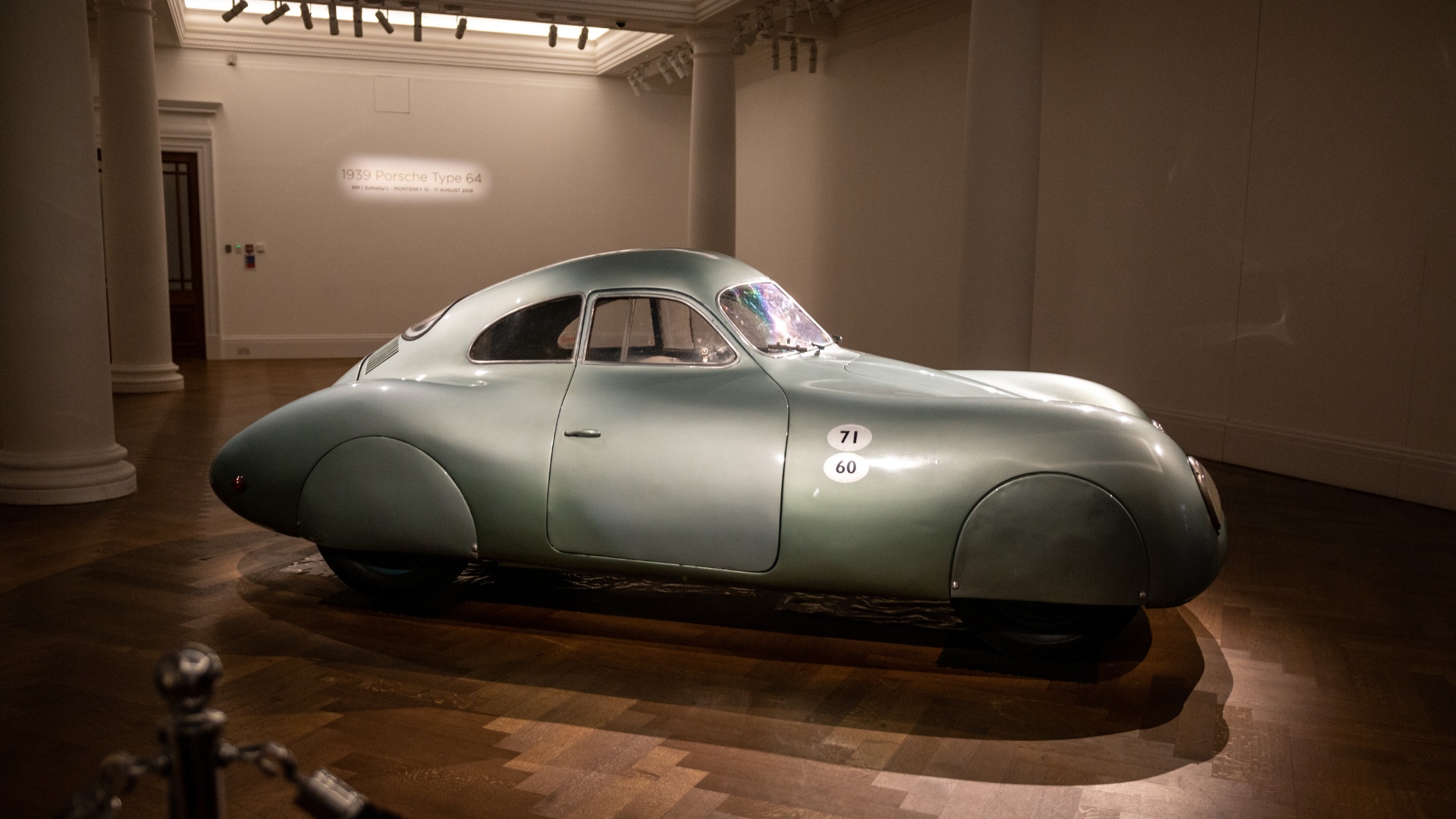 The Type 64 is the oldest surviving and, according to RM Sotheby’s, the ‘most historically significant’ Porsche in the world. Which means you’ll have to dig deep when it goes under the hammer in Monterey.

Ferdinand Porsche designed the Type 64 for the 1,500km Berlin to Rome race in September 1939. It was based on the KdF-Wagen – later known as the Beetle – and would be used to promote Germany’s new Autobahn system.

Three cars were commissioned, but just one Type 64 was completed before war was declared and the race was cancelled. The government turned its attention to the production of military vehicles, with the car becoming the property of the German labour front. 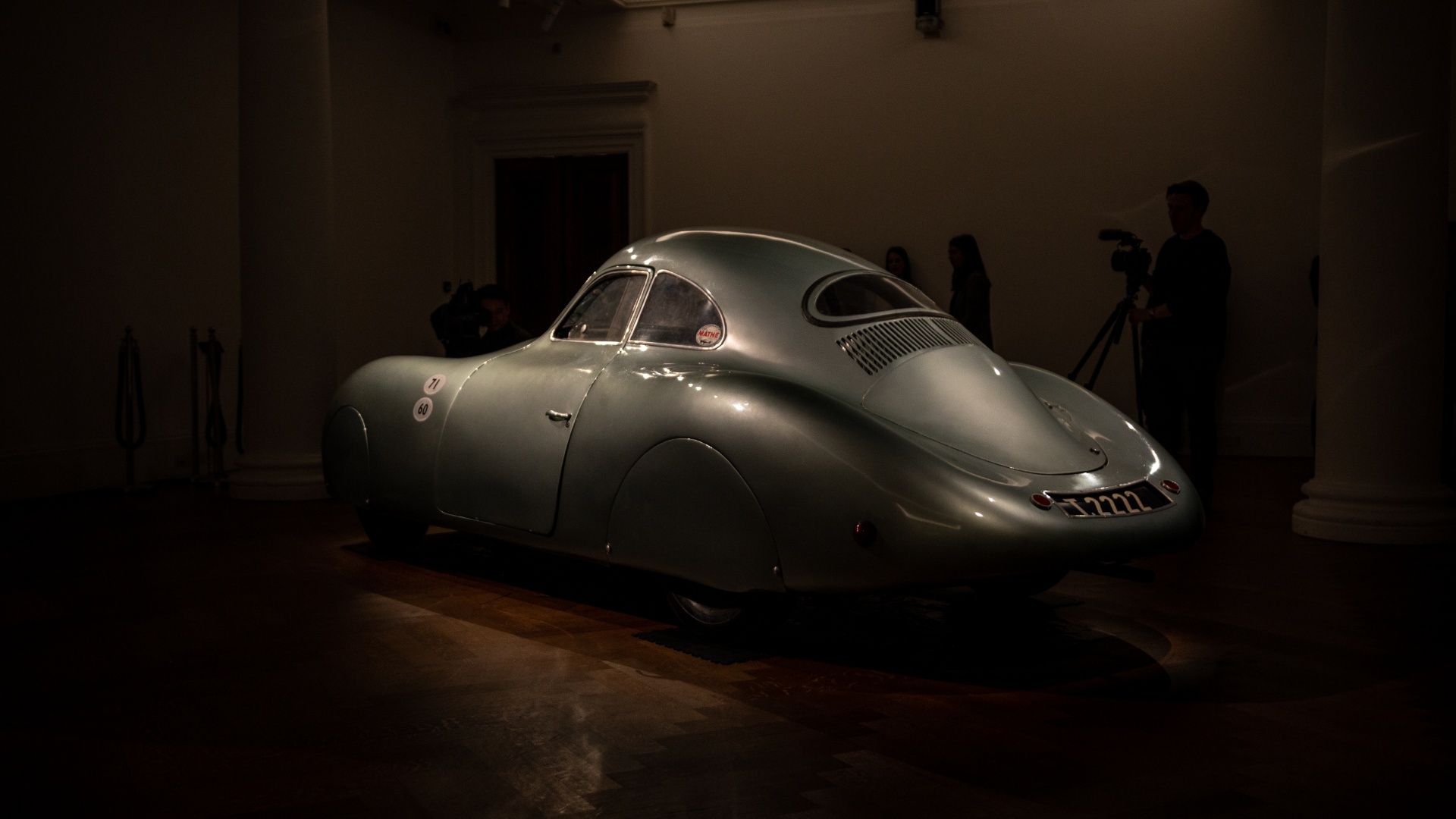 Undeterred, Ferdinand’s son Ferry built two more examples, one of which didn’t survive the war. Type 64 number three – the car headed to the Monterey sale in August – was completed in June 1940 using the chassis of the first car, which had been damaged following an accident with the MD of Volkswagen.

For a while, the Type 64 was used as a personal car by Ferdinand and Ferry, and was kept alongside the second Type 64 at the family estate in Zell-am-See. Ferry applied the company name to the bonnet and had the car registered in Austria.

In 1947, a young Pinin Farina was commissioned to restore the Type 64 ahead of its appearance alongside the Type 356 roadster on the roads around Innsbruck. 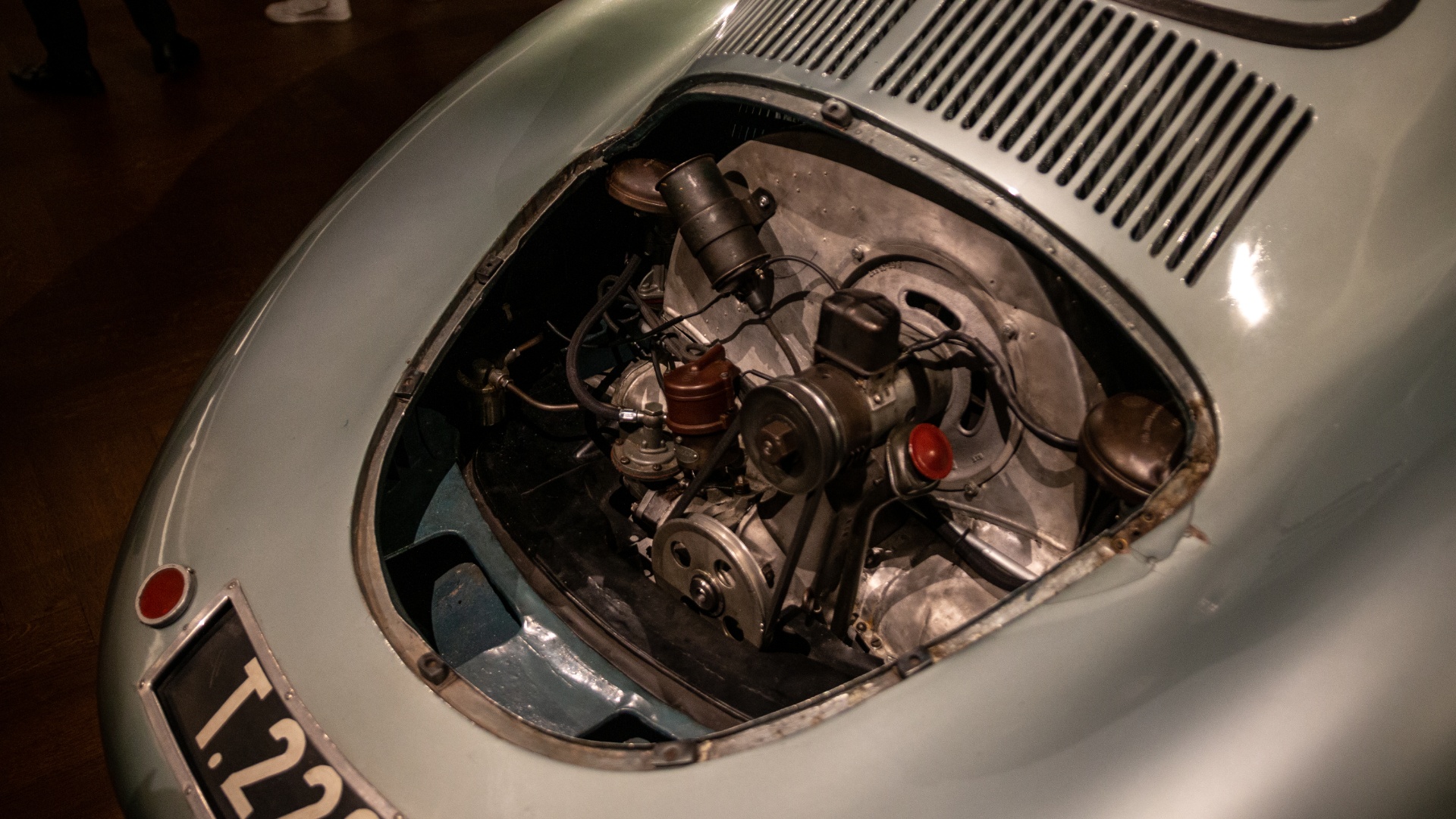 The link to the 356 – and therefore the entire history of Porsche – is that the same group of engineers worked on both cars. This is the genesis of Porsche: the birth of an automotive icon.

Austrian privateer Otto Mathé purchased the car in 1949 and subsequently enjoyed a successful racing career throughout the 1950s. He must have loved it, because he kept hold of the Type 64 until his death in 1995.

Its next owner was Porsche historian and specialist Dr Thomas Gruber, who took the car to various racing events, including Goodwood.

‘Sit in the seat of Porsche’ 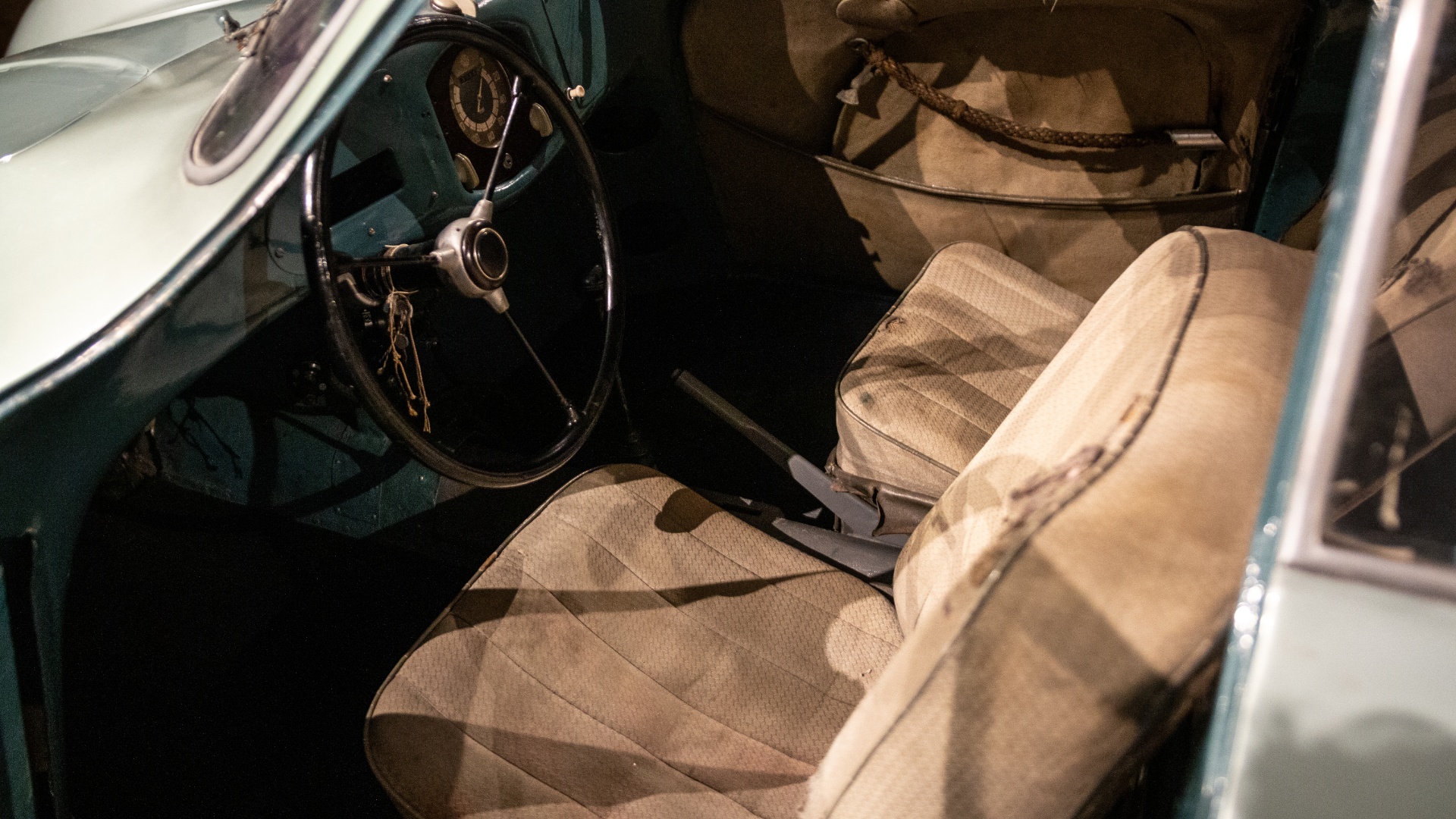 “This is Porsche’s origin story, the car that birthed the company’s legend, and it offers collectors what is likely an unrepeatable opportunity to sit in the seat of Ferdinand and Ferry Porsche.

“With this car, the new owner will not only be invited to the first row of every Porsche event worldwide—they will be the first row!” 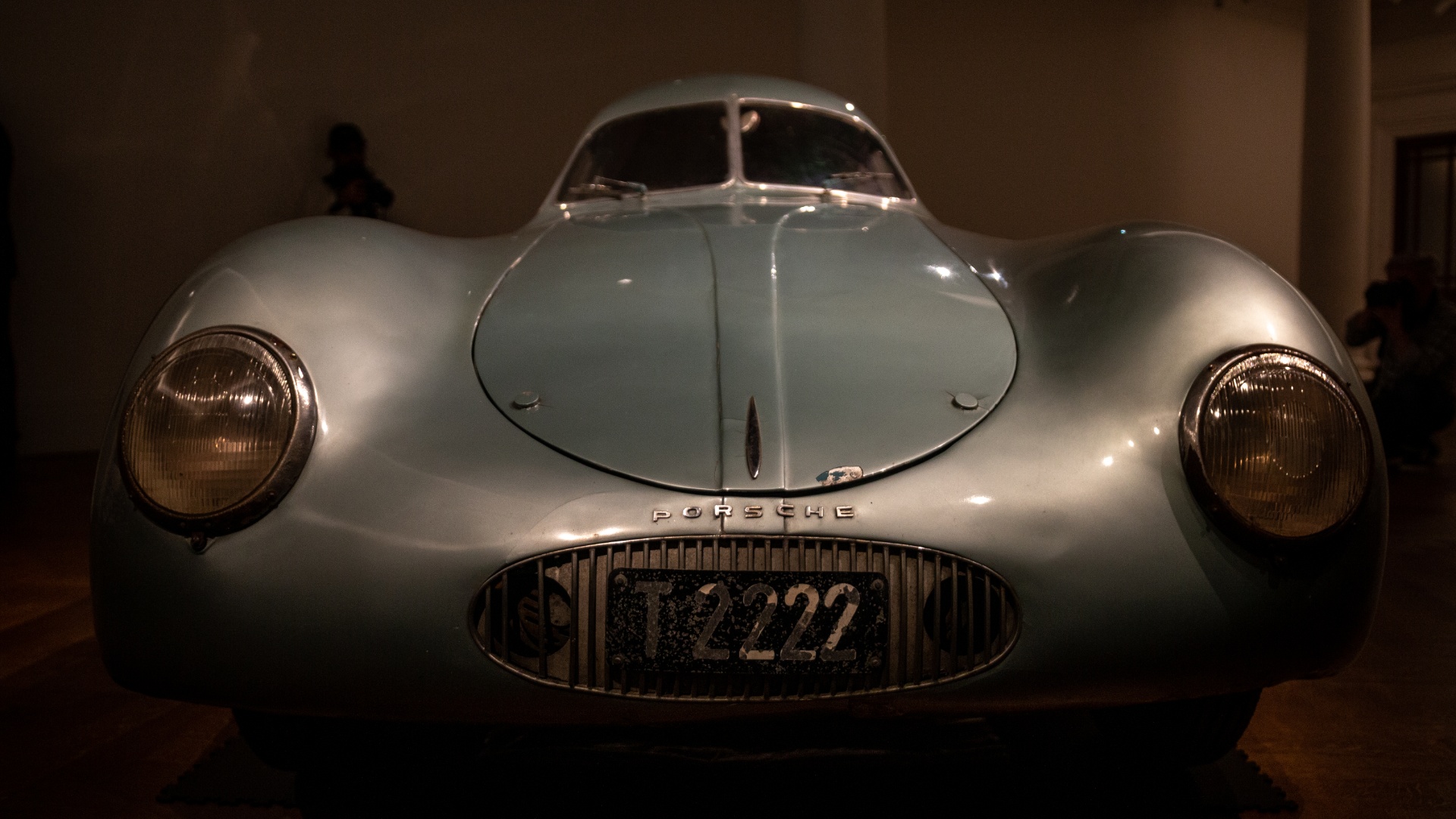 The 1939 Porsche Type 64 is the headline act at the RM Sotheby’s Monterey sale in August. It comes with spare parts, period images, historic documentation and the bragging rights associated with owning the most important Porsche in the world.

As for the price: you can bank on parting with at least $20 million (£15 million) for the honour of owning what Andy Prill, a marque specialist, has labelled “the most historically significant of all Porsche cars”.