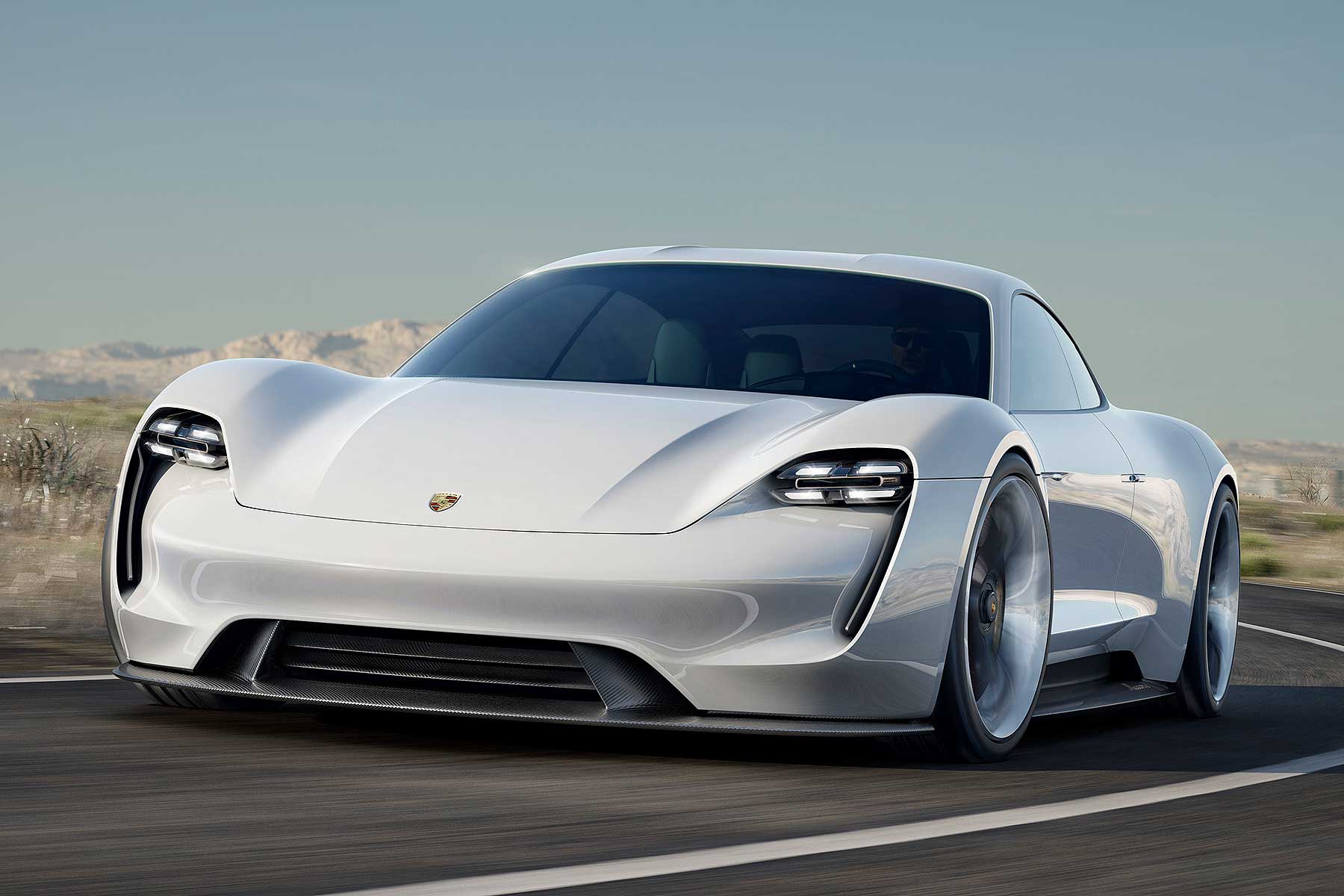 Porsche will launch its first all-electric car before the end of the decade as it commits €1 billion to put the Mission E concept car into production.

The 600hp four-door, four-seat sports car will have a range of over 300 miles, accelerate to 62mph in less than 3.5 seconds – and Porsche promises a flat battery will recharge to 80% capacity in just 15 minutes.

Porsche chairman Dr. Oliver Blume says it is “beginning a new chapter in the history of the sports car”. More than 1,000 new jobs will be created to build the production Mission E in Stuttgart-Zuffenhausen: Porsche is even extending its engine factory to add electric motor production capacity.

The Mission E was revealed at the Frankfurt Motor Show in September 2015. A beautiful, surprisingly compact and delicate machine, the influence of the Porsche 911 is clear: the focus now is on how much of the concept car will make production.

In making the Mission E, Porsche hopes it will future-proof its world-famous sports cars by responding to ever-present environmental concerns (and face off the threat of upstart eco brands such as Tesla).

Dr. Wolfgang Porsche, chairman of the supervisory board of Porsche AG said: “With Mission E, we are making a clear statement about the future of the brand. Even in a greatly changing motoring world, Porsche will maintain its front-row position with this fascinating sports car.”

Uwe Hück, chairman of the Central Works Council and deputy chairman of the Porsche AG Supervisory Board, enthusiastically added: “A day to celebrate! Yes, we did it! With today’s decision, Porsche is driving flat out with no speed restrictions into the automotive and industrial future.”