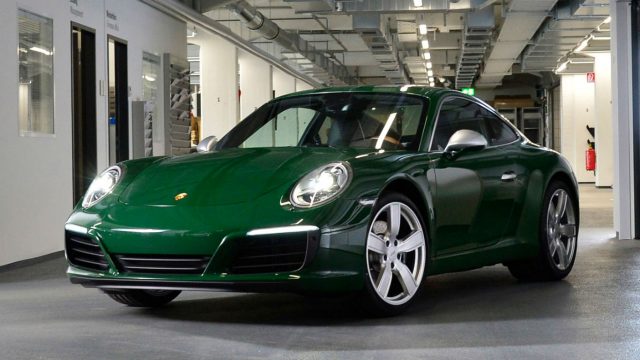 The Mazda MX-5 may be the world’s best-selling sports car, but the Porsche 911 is the most iconic. And today, after 54 years in production, the company built its one-millionth 911.

Dr Wolfgang Porsche unveiled the milestone car in Zuffenhausen, where it begins a promotional world tour that includes the Scottish Highlands, Nurburgring, USA and China – ending up as part of the collection at the Porsche Museum. 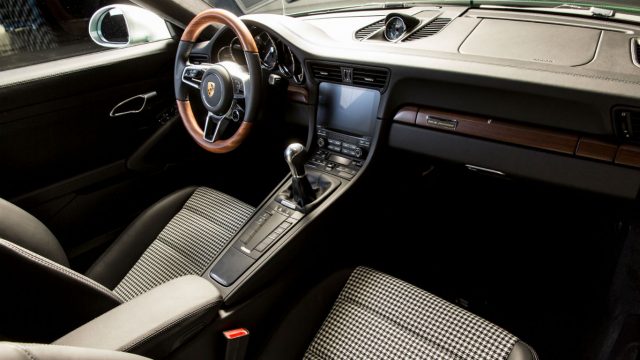 The 991 Carrera S has a distinctly retro theme, with many details that evoke the 1963 original. Spot the Irish Green paint (a special order colour since 1965) chrome window-surrounds, old-style Porsche bonnet crest and – oh yes – gold badges.

Inside, there’s liberal use of mahogany on the steering wheel and dashboard (no, us neither), plus ‘Pepita’ houndstooth trim on the trad-911 ‘tombstone’ seats. A plaque marks this car out as number 1,000,000 off the production line. 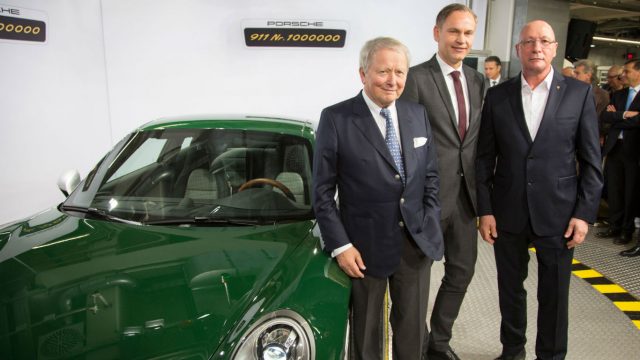 A visibly proud Dr Porsche said: “Fifty-four years ago, I was able to take my first trips over the Grossglockner High Alpine Road with my father. The feeling of being in a 911 is just as enjoyable now as it was then. That’s because the 911 has ensured that the core values of our brand are as visionary today as they were in the first Porsche 356/1 from 1948”.

Although the 911 is easily outsold by Porsche’s Macan and Cayenne SUVs today, it remains core to the German brand: a halo car that shines brighter than perhaps any other. 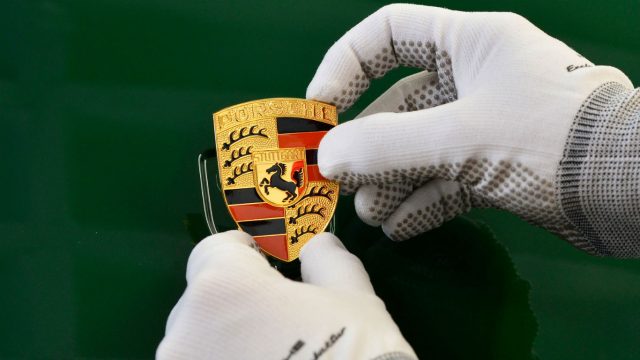 Amazingly, more than 70 per cent of all 911s ever built are still on the road, and over half of Porsche’s 30,000 race wins can be credited to the car, too.

We don’t expect this very special 911 will be racking up the miles – it’s already too valuable for that – but devotees can buy an Irish Green Porsche Design watch, with a strap using the same leather as the 911’s interior.