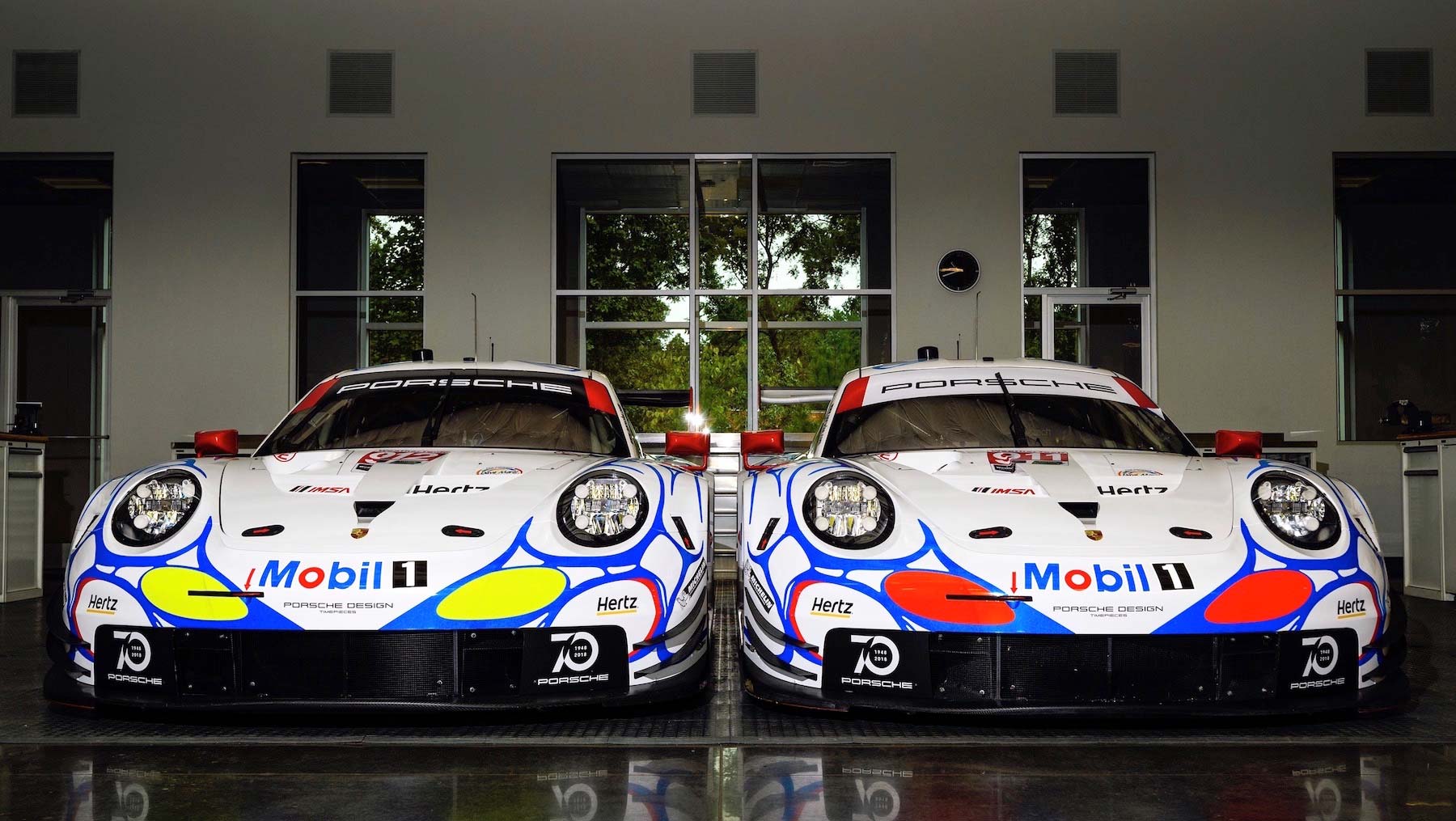 Continuing the celebration of retro racing liveries to mark the brand’s 70th anniversary, Porsche has revealed another comeback classic for this weekend’s Petit Le Man race at Road Atlanta.

Unlike the Rothmans and Pink Pig recreations used at Le Mans this year, the colour scheme for this race is slightly more recent.

The blue and red stripes on a white body pay homage to the Mobil 1 livery. Used for Porsche’s 911 GT1 programme during the late 1990s, this colour scheme found greatest success in 1998. 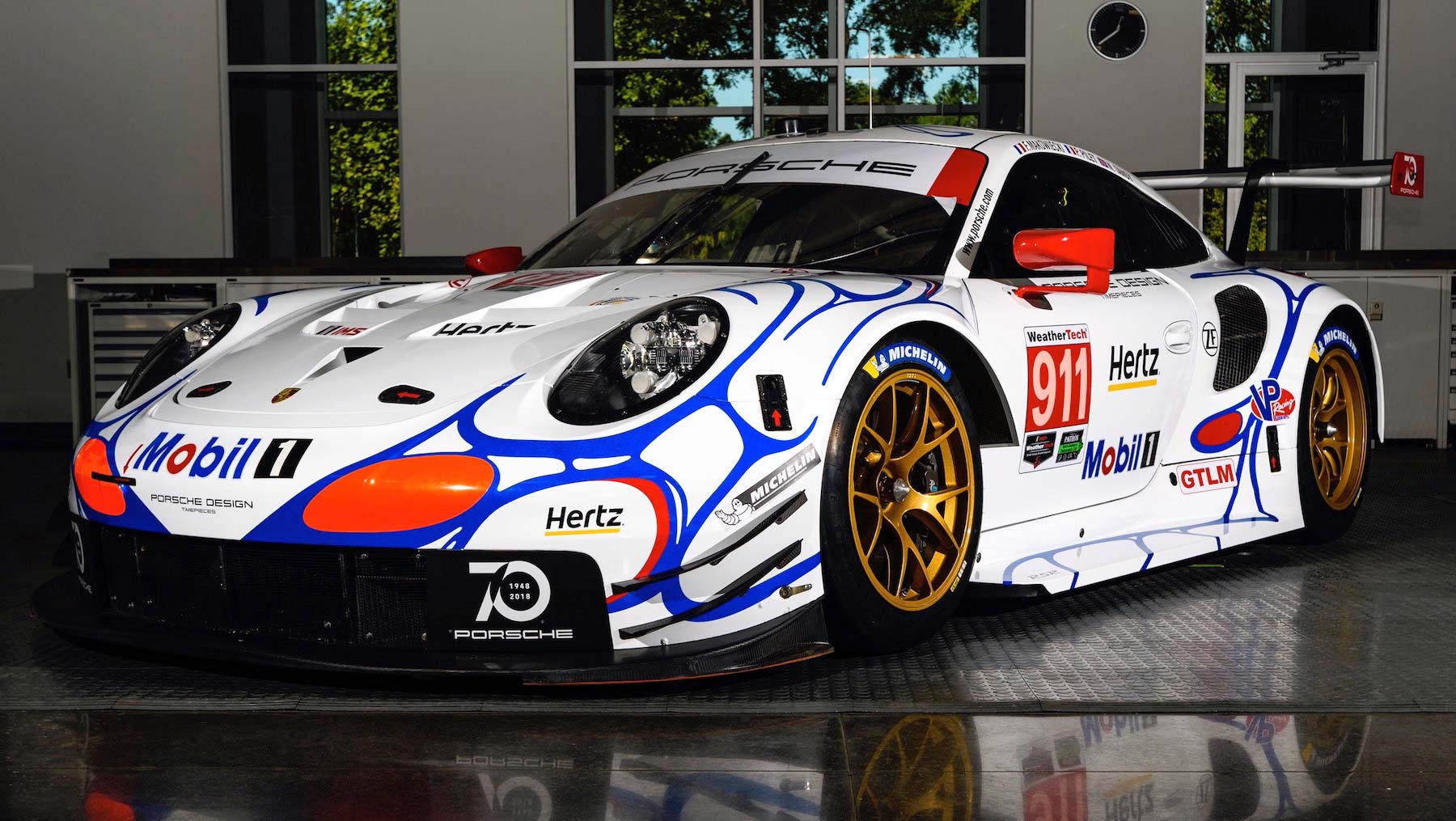 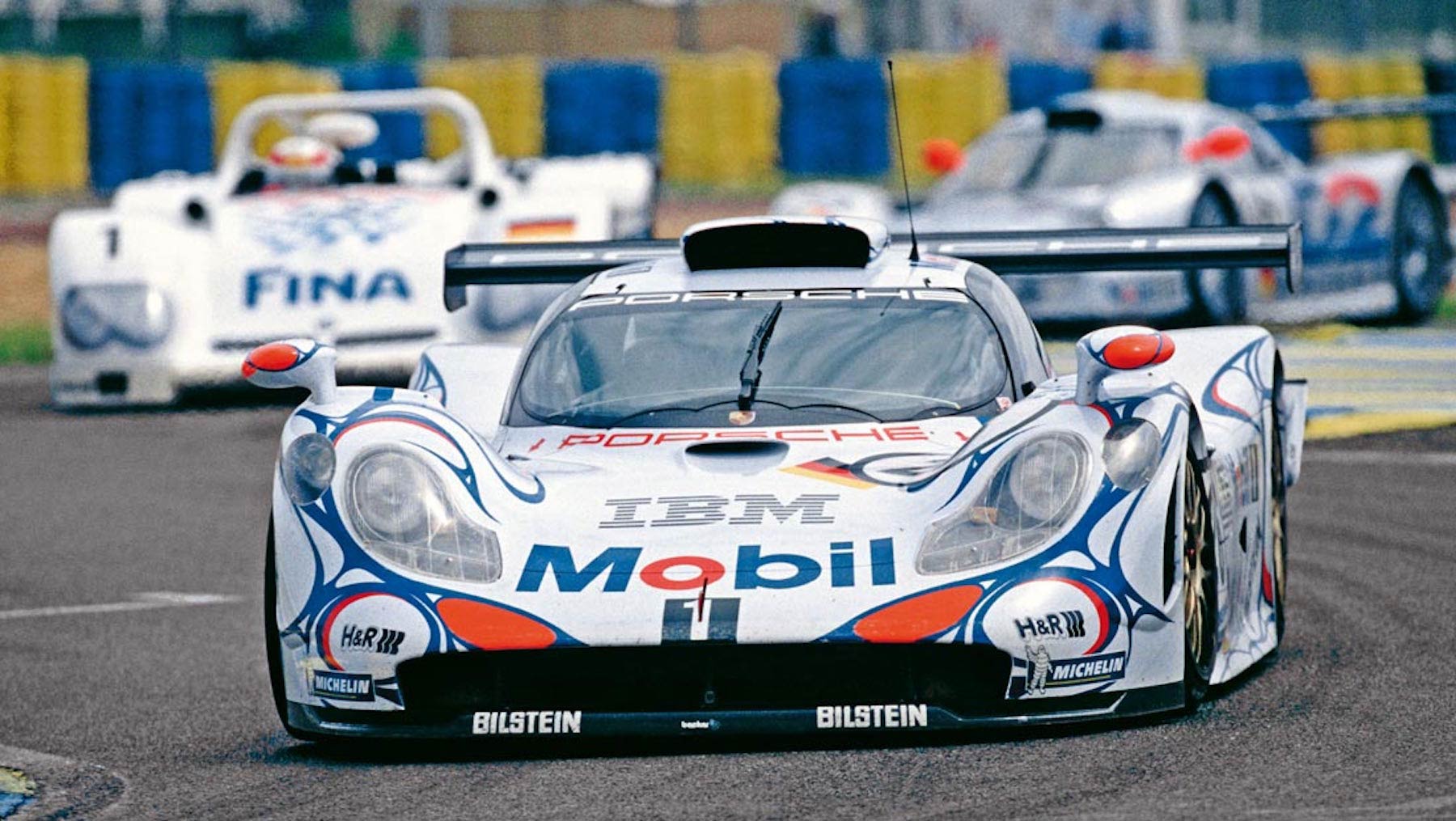 Most notably, it adorned the 911 GT1 ‘98, which took outright victory at that year’s 24 Hours of Le Mans race. Porsche’s success at the French classic was something of a surprise, with the 911 GT1 expected to be soundly beaten by the Mercedes-Benz CLK LM and Toyota GT-One.

Yet it was Porsche’s reputation for reliability which helped bring home the 911 GT1 ‘98 racers in first and second place.

This delivered the German brand a historic 16th victory at the 24 hour event, with Laurent Aiello, Allan McNish and Stephane Ortelli the drivers standing on top of the podium. 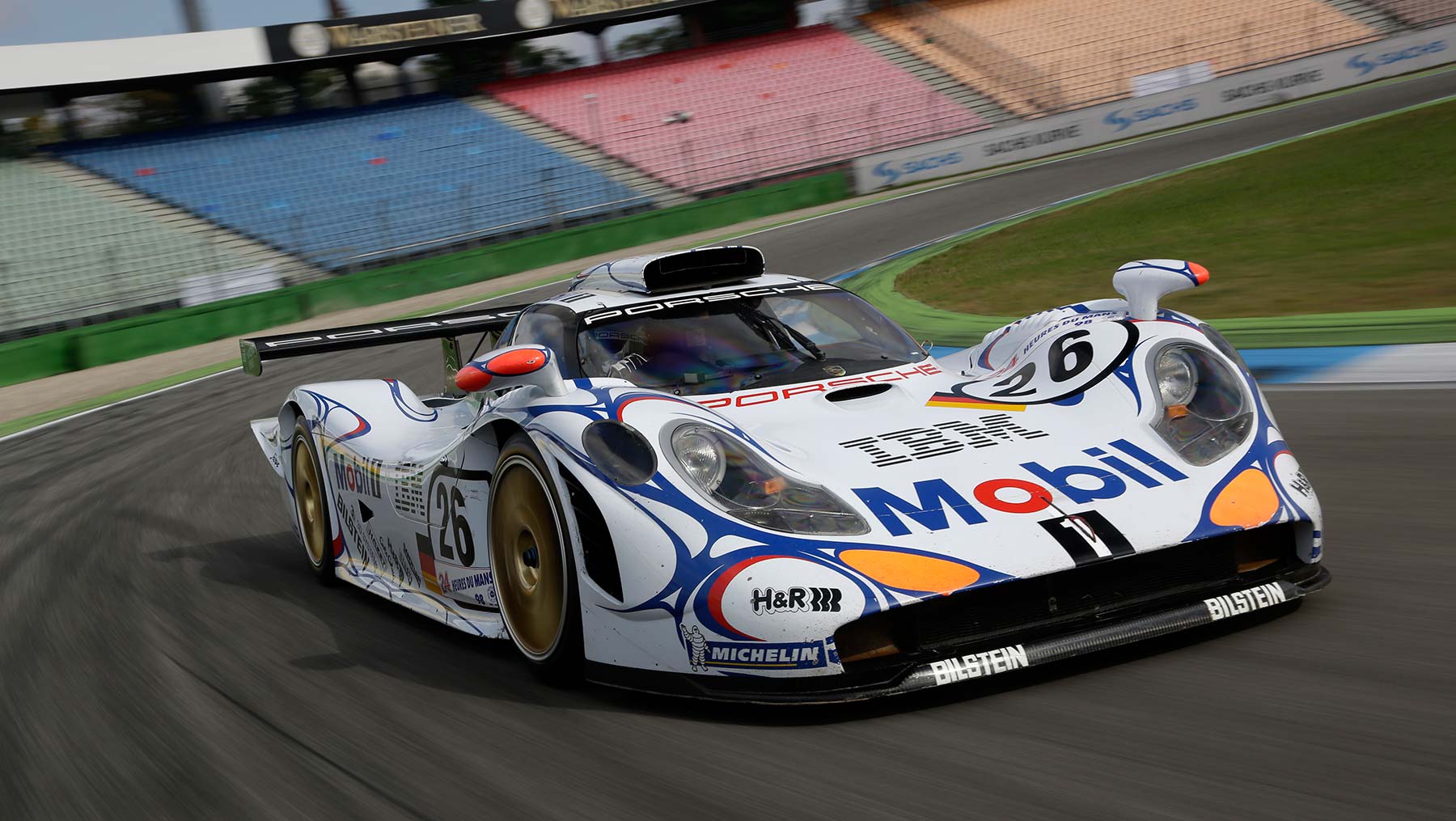 Porsche unfortunately ran out of luck later in 1998, with an entry into the inaugural Petit Le Mans race. Held at the Road Atlanta circuit in Georgia, the event was intended to establish the level of interest in a US-based endurance series.

Running for just 10 hours, instead of a full day, the Petit Le Mans formed the seventh round of the 1998 IMSA GT Championship.

Although Porsche had taken pole position for the race, disaster struck during the race, with the 911 GT1 performing a dramatic backflip. Yannick Dalmas, the French driver at the wheel, emerged unscathed despite the Porsche being completely destroyed. 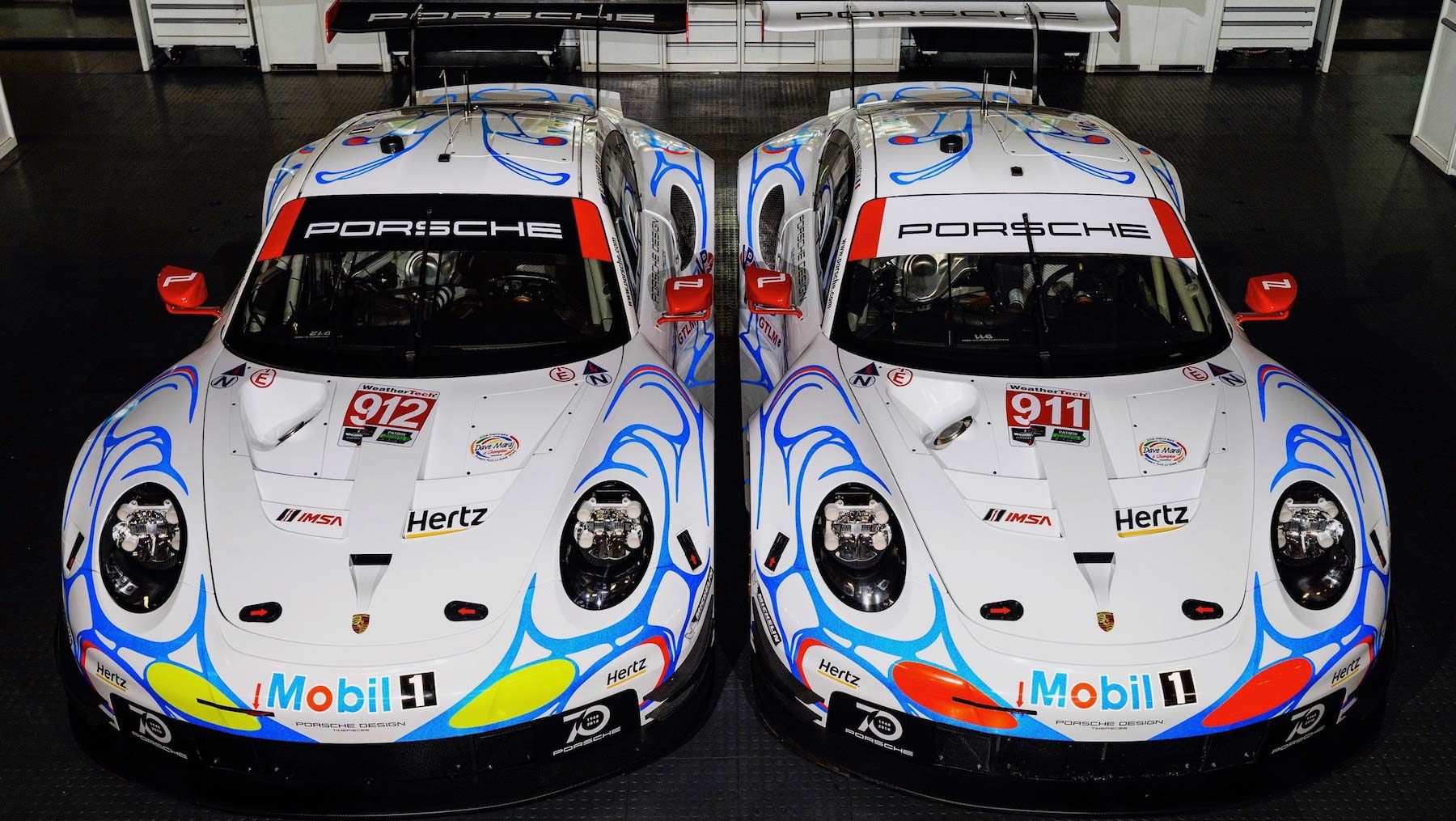 Porsche will be aiming to avoid the drama of the 1998 Petit Le Mans race this weekend. Instead, the team of Nick Tandy, Patrick Pilet and Frédéric Makowiecki will be looking to recreate the victory taken at this year’s Sebring 12 Hours race.

This weekend’s race will take place on Saturday 13th October. Those outside the USA and Canada can stream the Petit Le Mans live from the IMSA.TV website.