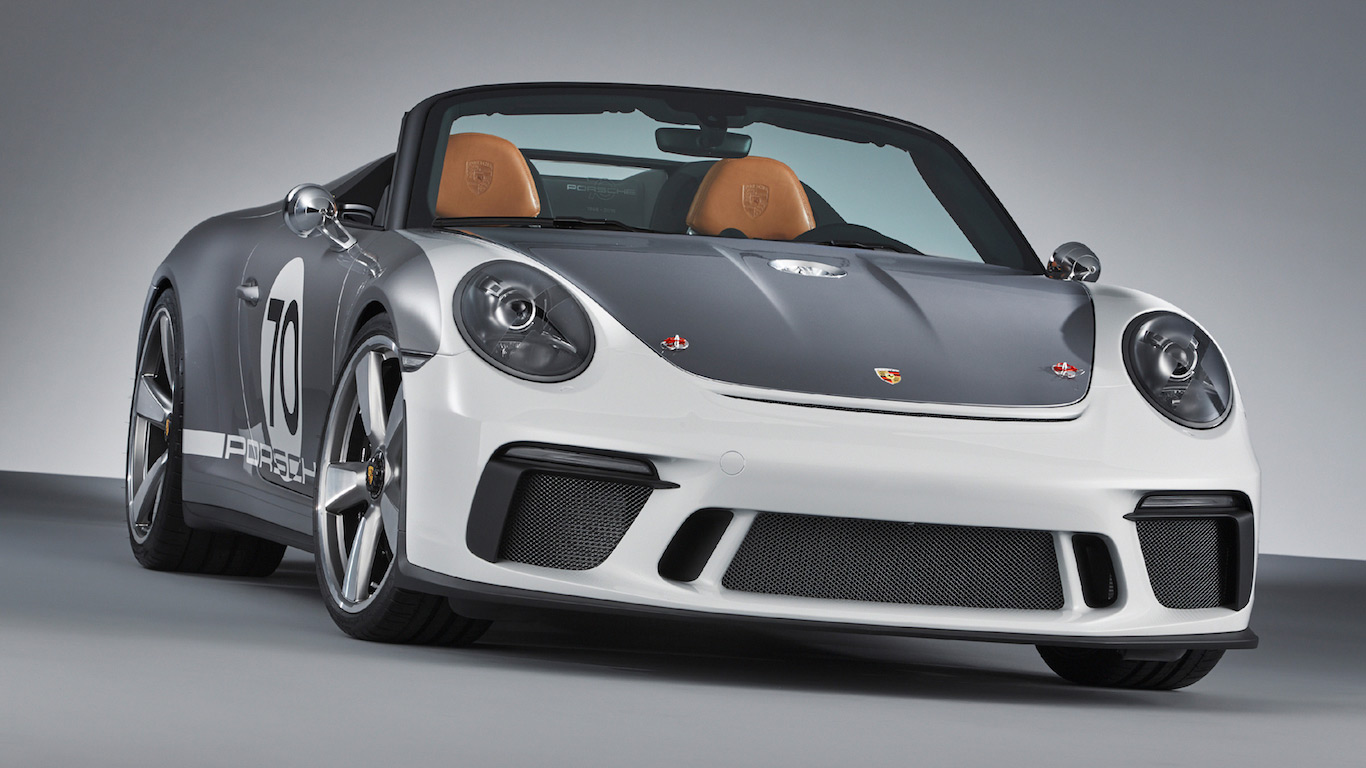 You wouldn’t really expect Porsche to celebrate a 70th anniversary of producing sports cars with something as simple as cake and balloons. Instead, the Stuttgart-based company has revealed a special concept version of the 911 to mark the occasion.

Described as reflecting the ‘brand essence’ that Porsche has channelled for the past seven decades, the 911 Speedster Concept features deliberate nods to past cars. For Porsche nerds it’s the perfect opportunity to show off their knowledge by spotting where the individual influences have come from.

One of the Speedster signatures is the cut-down front windscreen, which changes the side profile of the 911. This is said to pay tribute to the 1954 356 1500 Speedster, a car notably designed to appeal to the American market. 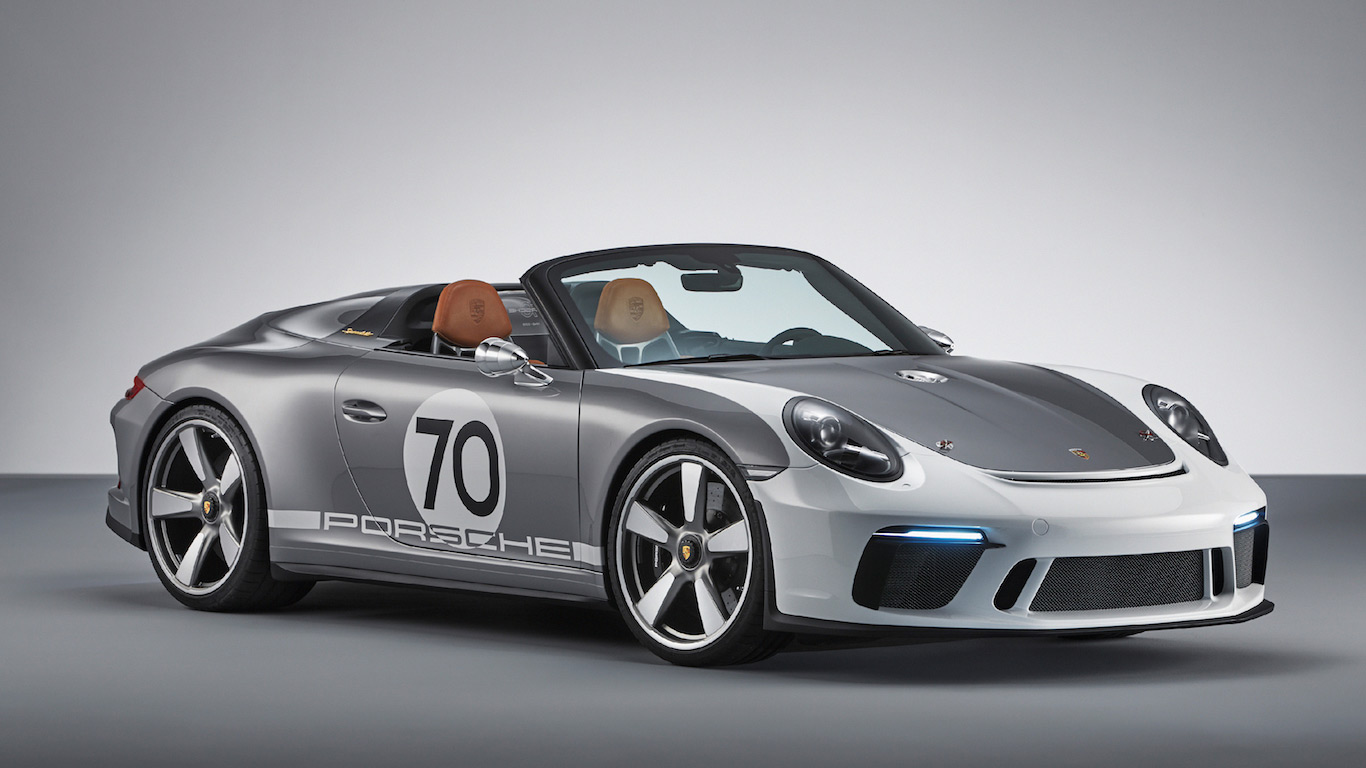 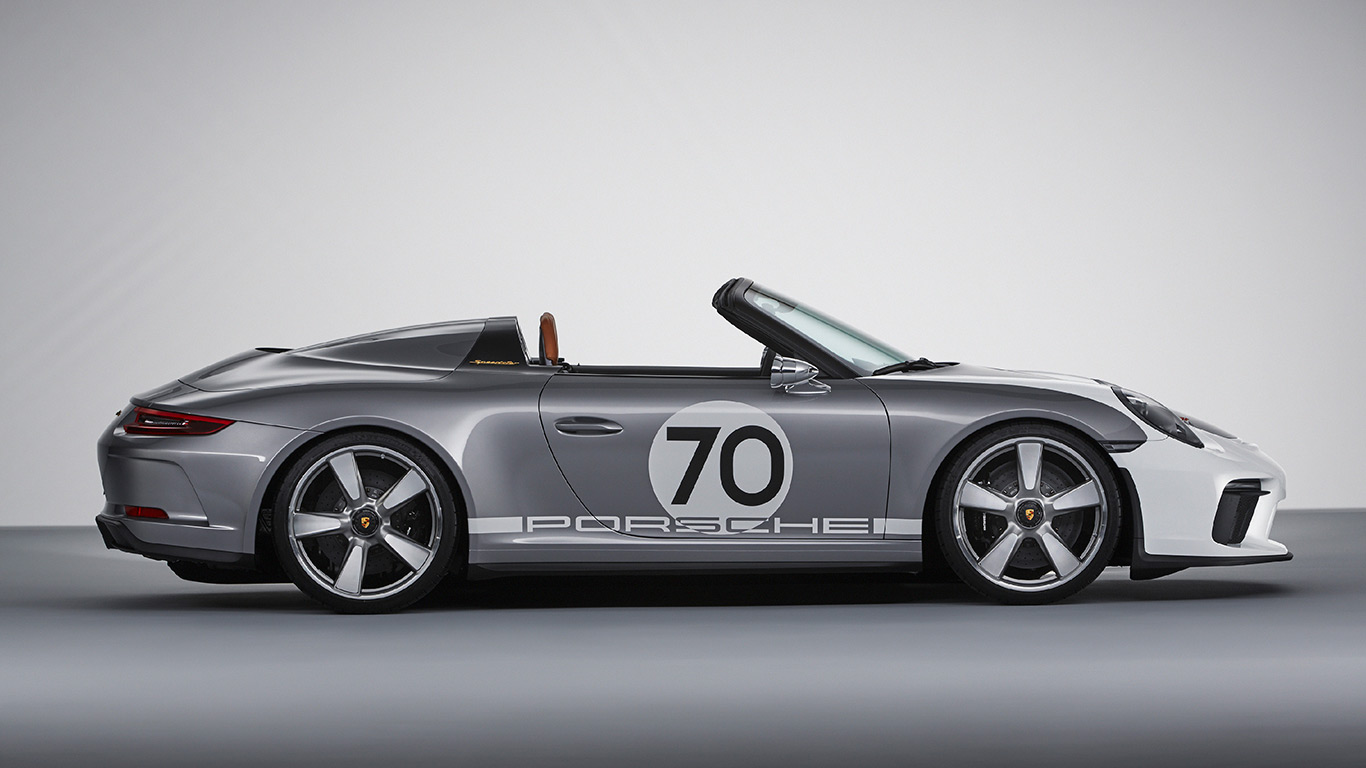 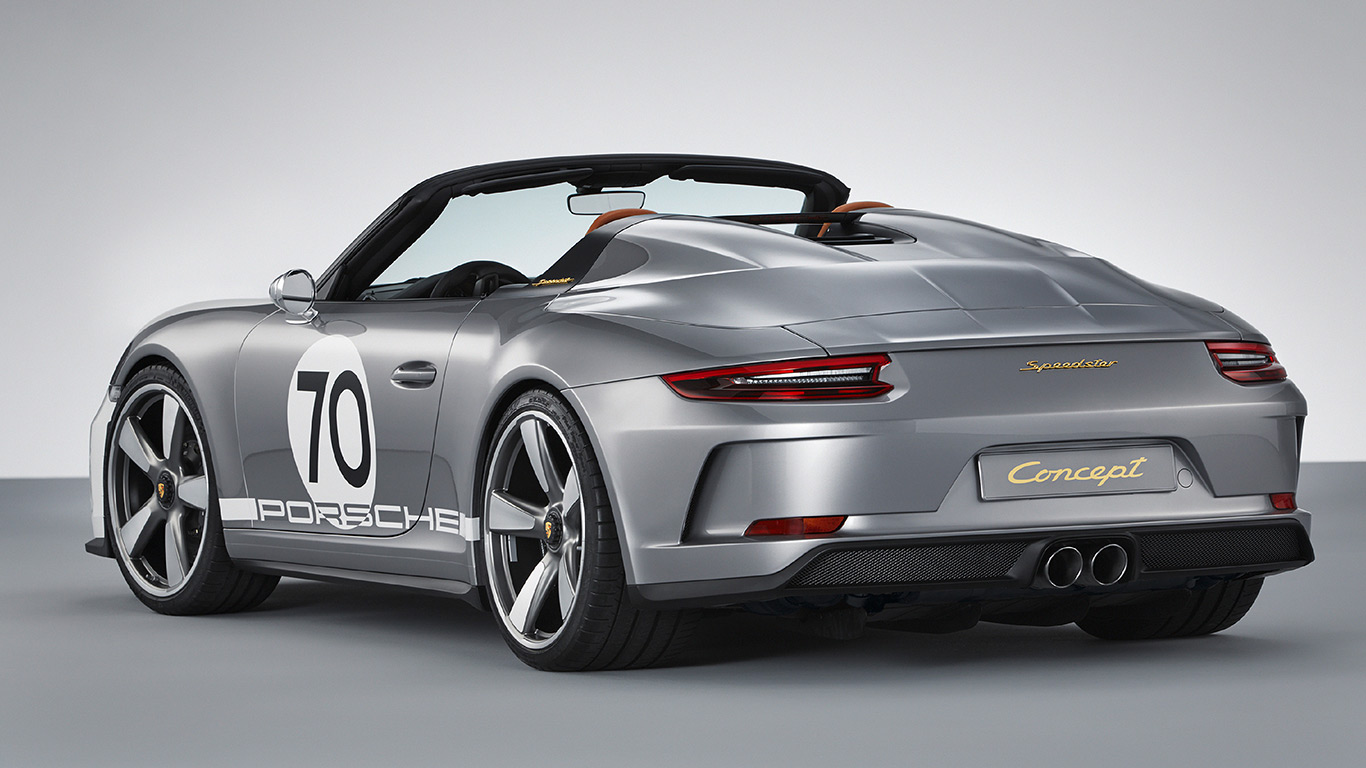 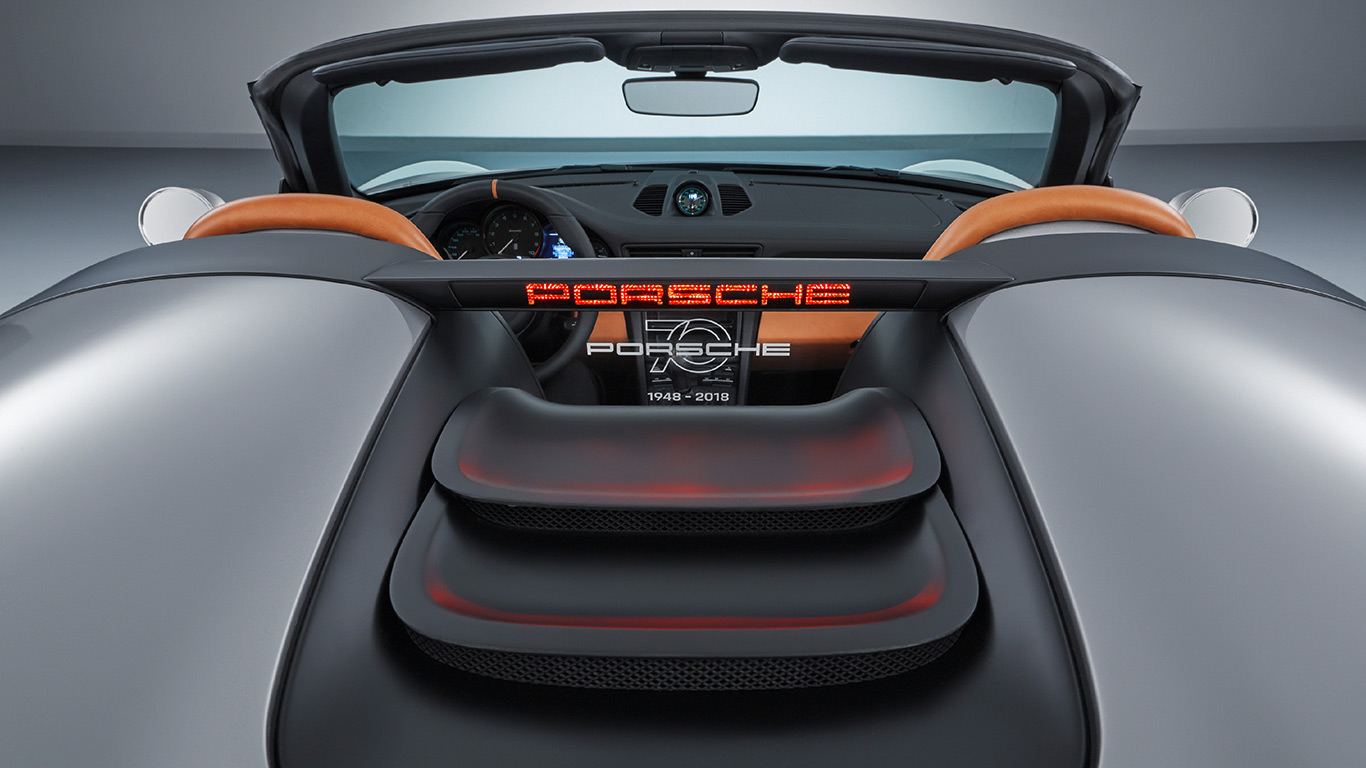 The double-bubble cover for the rear seats has also become a Speedster tradition, and here it is made from lightweight carbon fibre. For the concept car it integrates a rollover hoop, along with a bespoke engraved wind deflector wearing the ‘70 years of Porsche’ logo.

Lightweight carbon fibre is used throughout the construction of the 911 Speedster Concept, with wings, bonnet, and rear cover all created from it. Although it may leave the Speedster looking like Porsche ran out of time to finish painting it, the white and silver colour scheme is meant to evoke memories of the earliest racing cars from Zuffenhausen.

One of the neatest details are headlight covers which feature subtle opaque and transparent sections. These form the shape of a cross, making it appear as if the Speedster Concept has the headlights taped up like a classic race car.

Inside is all about a lightweight focus on performance, with no radio, air conditioning, or satellite navigation. A pair of bucket seats are formed from carbon fibre, and covered in light brown Aniline leather as another reference to classic Porsche models. 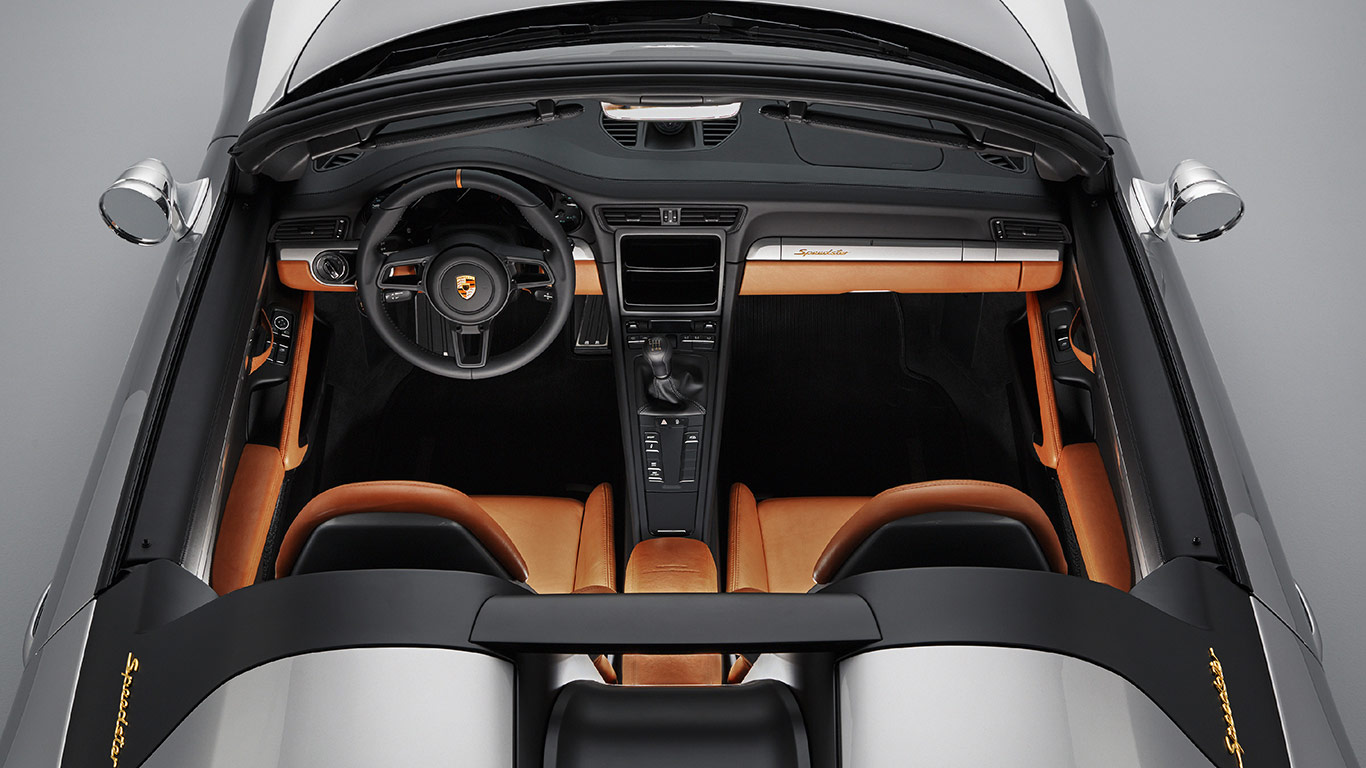 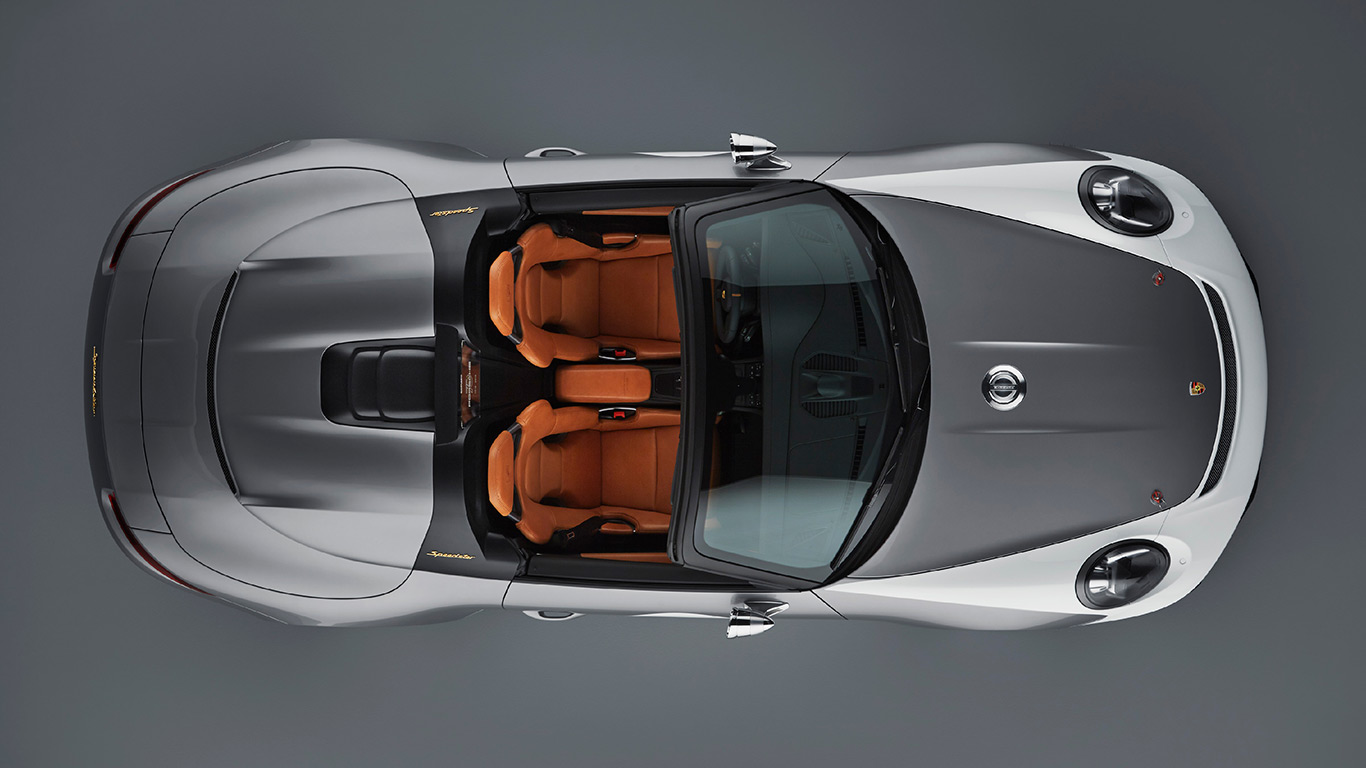 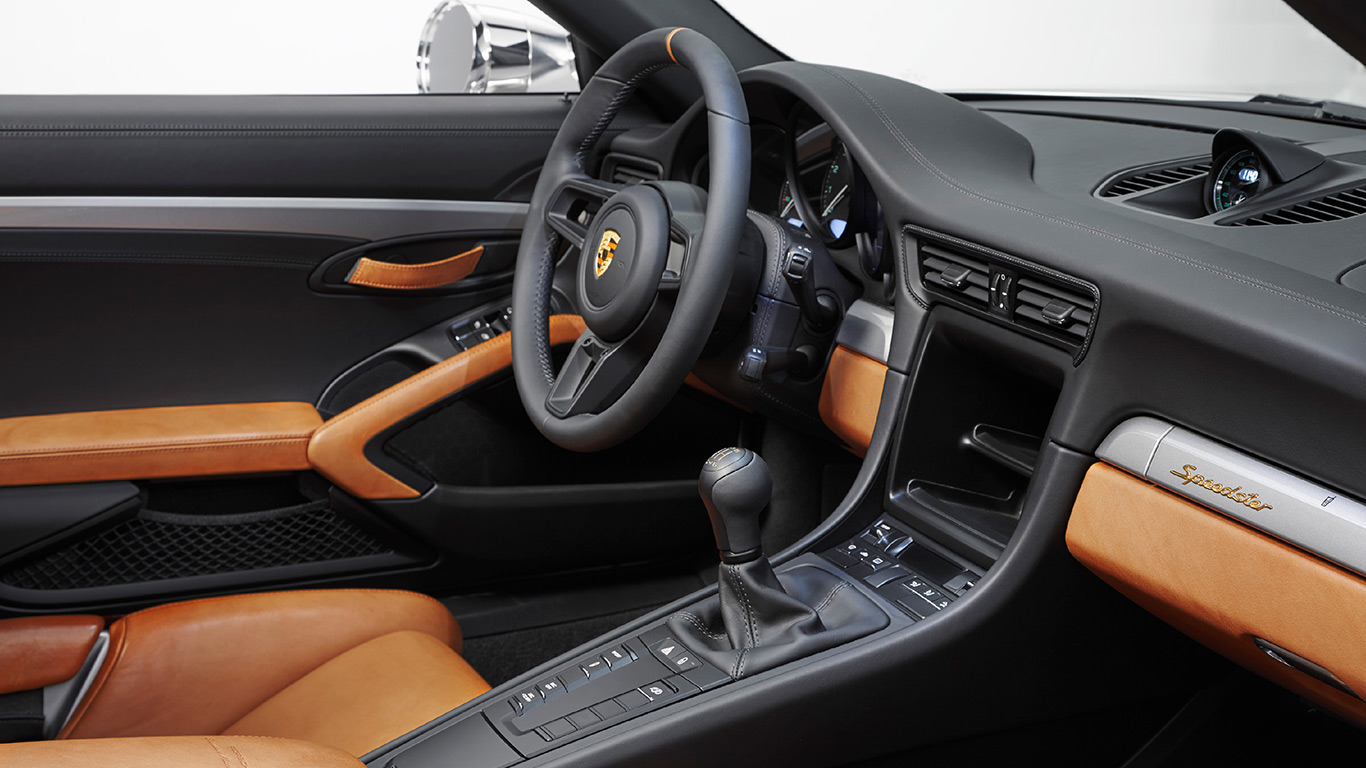 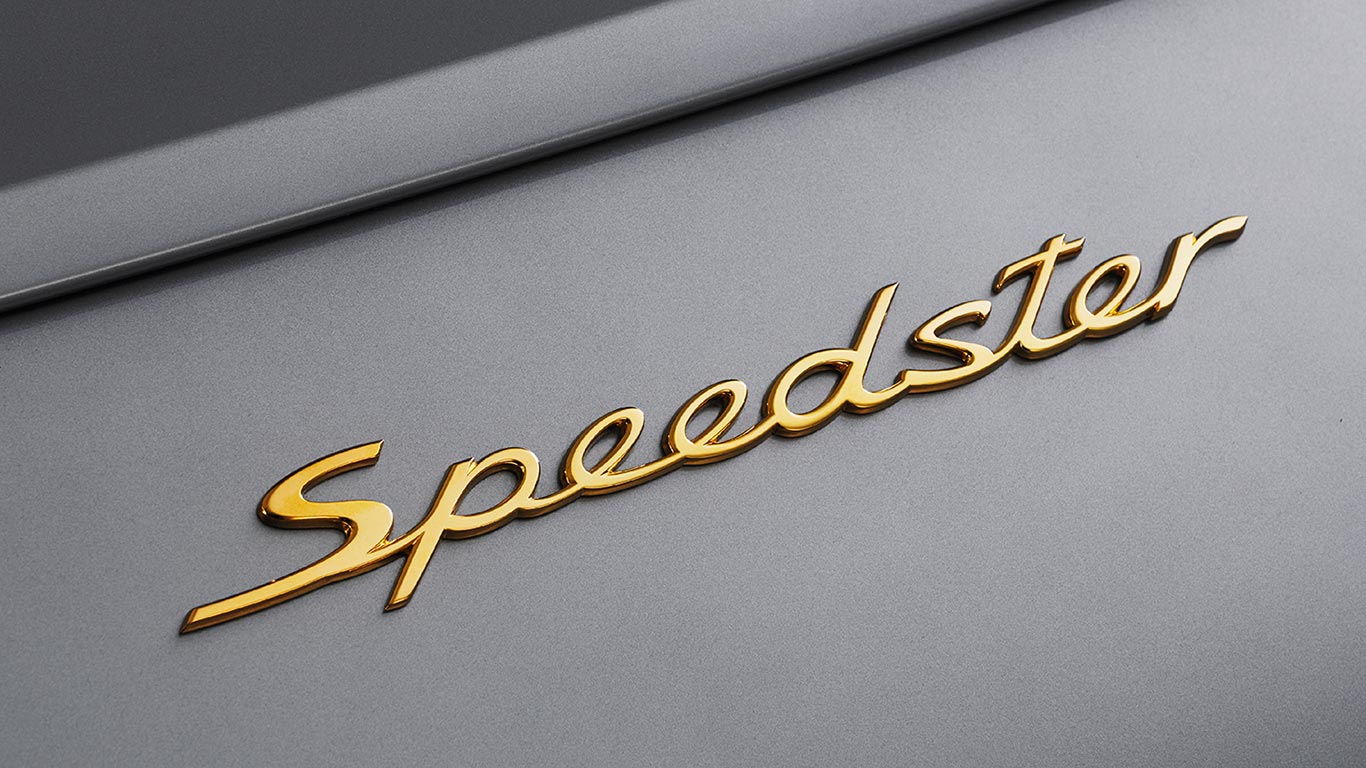 Despite the 21-inch Fuchs-style alloy wheels, don’t think the Speedster Concept is all show. Beneath the trinkets, the chassis is essentially that of a 911 GT3. The 4.0-litre flat-six engine is also GT3-derived, producing 500hp and here connected to a new titanium exhaust system. A six-speed manual gearbox is used, much to the delight of Porsche purists we imagine.

The bigger question is whether those Zuffenhausen fans will be able to get their hands on this particular 911 Speedster. Porsche has created eight different models wearing the Speedster badge, often in limited numbers.

Although this new car is billed strictly as a concept, Porsche admits limited production is not impossible, but that any road car would not emerge until 2019. Start harassing your nearest Porsche dealership now should you want the latest in the Speedster lineage.