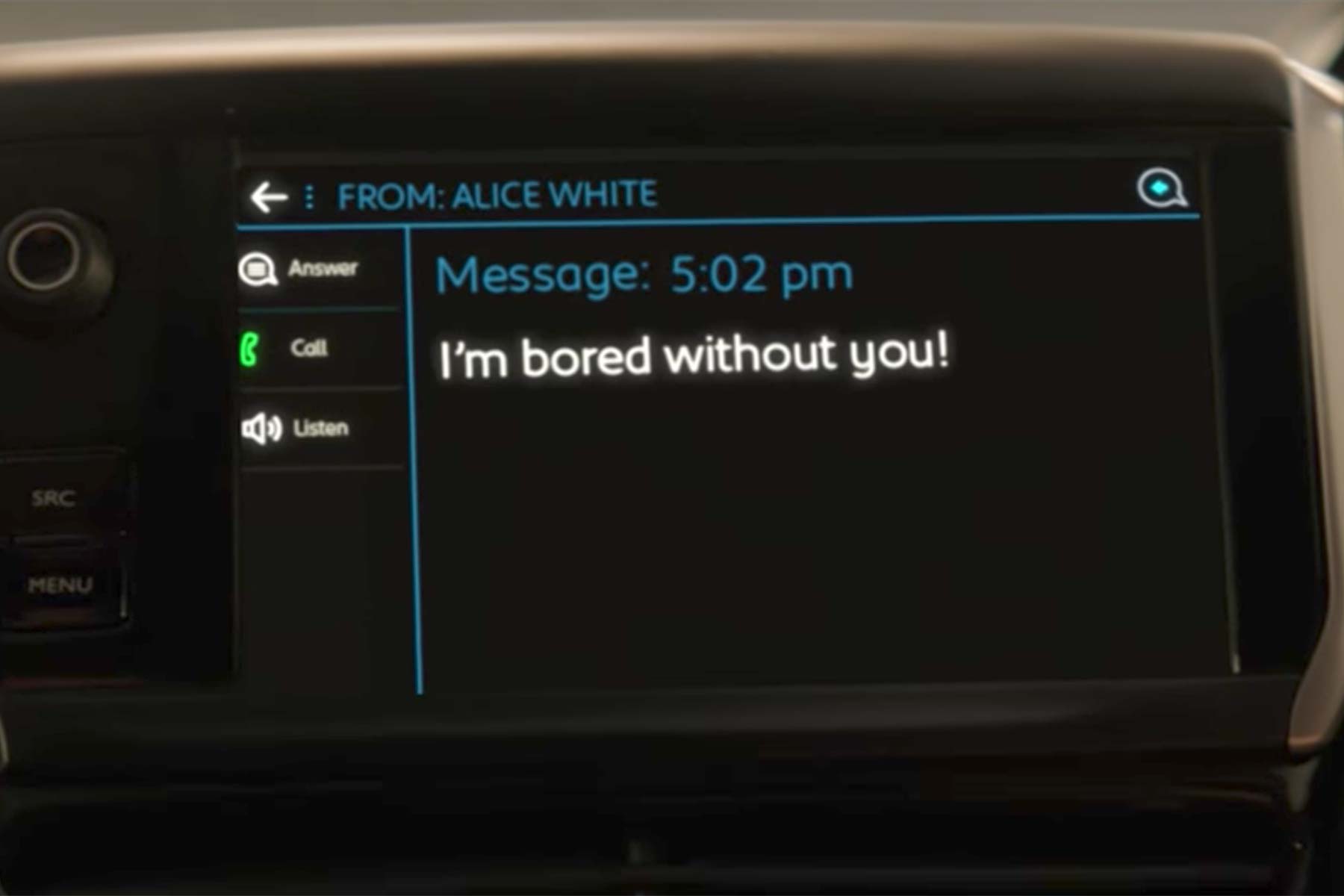 An advert showing a Peugeot 208 driver glancing at a text message displayed on his car’s infotainment screen has been banned for encouraging irresponsible driving.

Five separate complaints from viewers over the advert, which aired on TV in July, led to an investigation by the Advertising Standards Authority (ASA).

As part of the Peugeot 208’s Mirror Screen system, which mirrors the driver’s phone onto its infotainment screen, drivers can read incoming text messages and send pre-written templates. In the advert, a driver can be seen reading a message which says “I’m bored without you!”.

Responding on behalf of Peugeot, Clearcast, a firm which pre-approves adverts for television, said the Highway Code permitted a driver to adjust music or the radio. They believed the action of the driver looking momentarily at a message on a screen in the dashboard was no worse and less distracting than that.

The ASA disagreed, however, noting that the Highway Code advises drivers to avoid distractions, giving “starting or adjusting any music or radio” as an example of a distraction (rule 148); that using hands-free equipment was “likely to distract your attention from the road” (rule 149); that there was “danger of driver distraction being caused by in-vehicle systems such as satellite navigation systems, congestion warning systems, PCs, multi-media, etc” and that drivers “MUST exercise proper control of your vehicle at all times”.

It upheld the complaints, saying that reading the text message “amounted to a distraction that would have prevented him being aware of, and/or being in control of, other actions that were necessary for safe driving”.

Peugeot has been told it cannot display the advert again in its current form, and that its future ads should not condone or encourage dangerous or irresponsible driving.