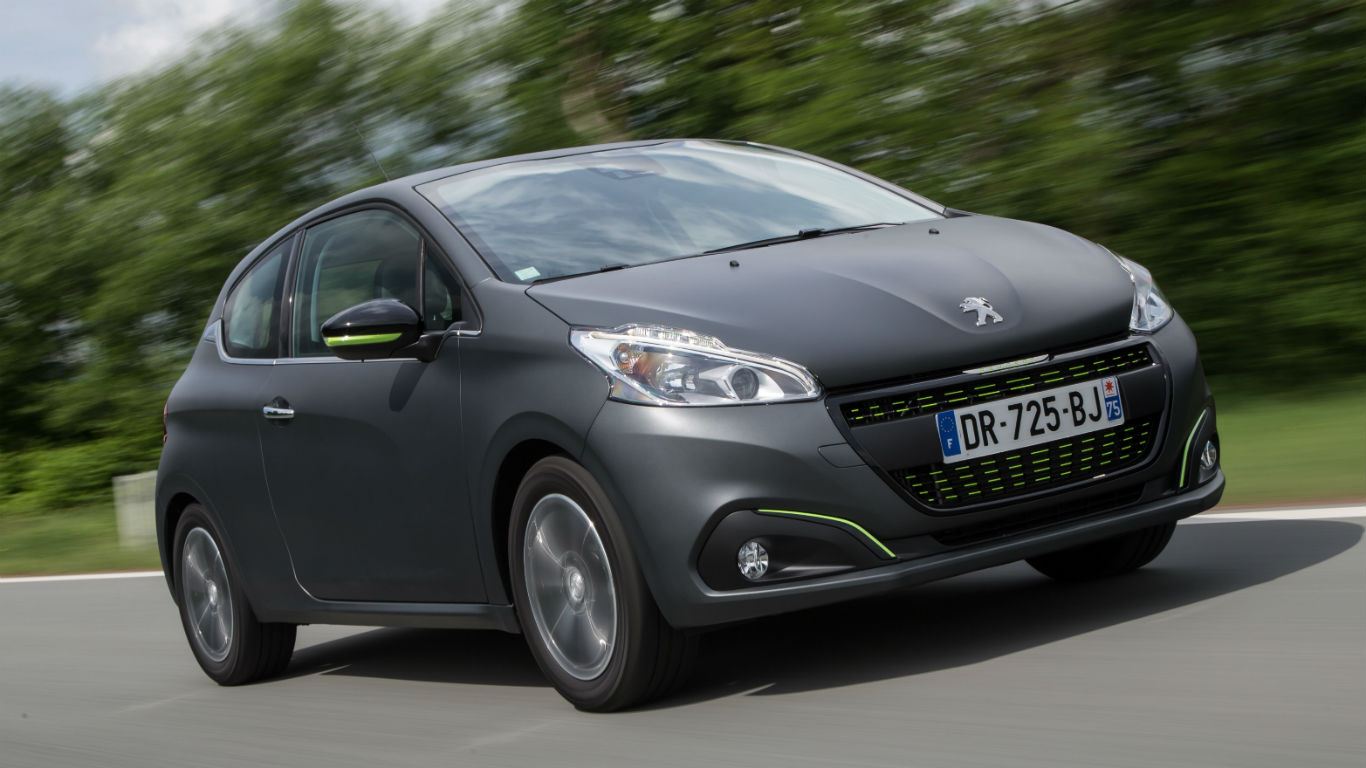 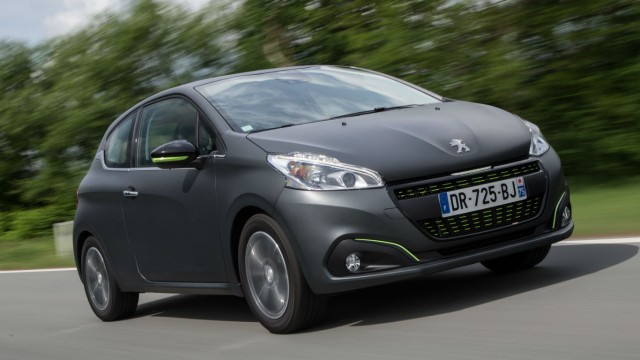 The Peugeot 208 is a mainstream supermini with a dash of French style and a competitive price tag. We tested the 1.2 110 petrol five-door in well-equipped Allure spec with a manual gearbox. It costs £14,945 at the time of writing. 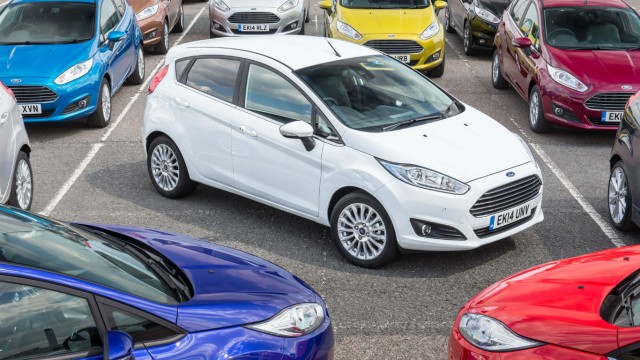 The best-selling car in this class by some margin is the Ford Fiesta. In fact, it’s the UK’s best-selling car overall. Other rivals include the Vauxhall Corsa, Volkswagen Polo, Renault Clio and Toyota Yaris. Or, if you fancy something funkier, the MINI Hatch and DS 3. 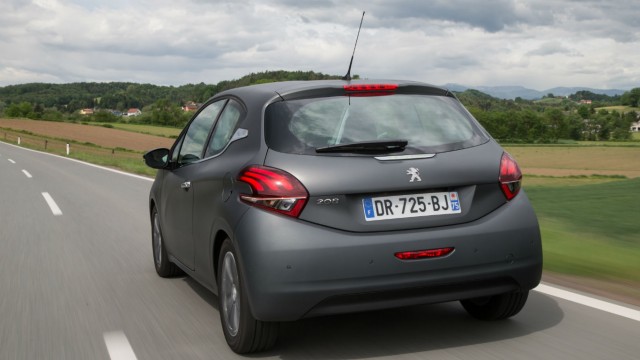 The 208 range stretches from a 68hp 1.0-litre petrol to the 208hp 1.6 GTI. There’s also a 1.6 diesel, available in three power outputs. We tried the 110hp 1.2 petrol, which offers a good trade-off between performance and fuel economy. 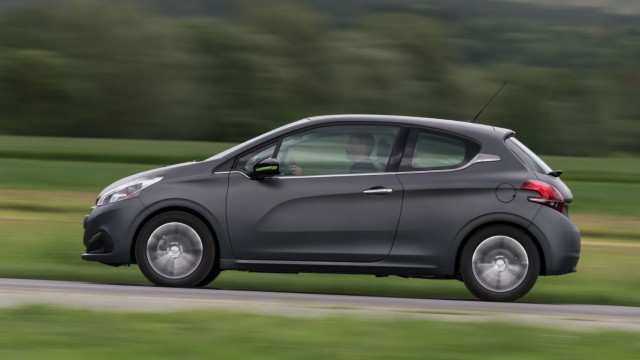 A go-kart-sized steering wheel makes the 208 feel nimble around town, but slightly twitchy on the motorway. Sadly, there’s little feedback about what the front tyres are doing; it’s all rather light and over-assisted. The suspension is firmer than you might expect, but not uncomfortable. And the 110hp engine feels lively (0-62mph takes a brisk 9.6 seconds), with a characterful three-cylinder soundtrack. 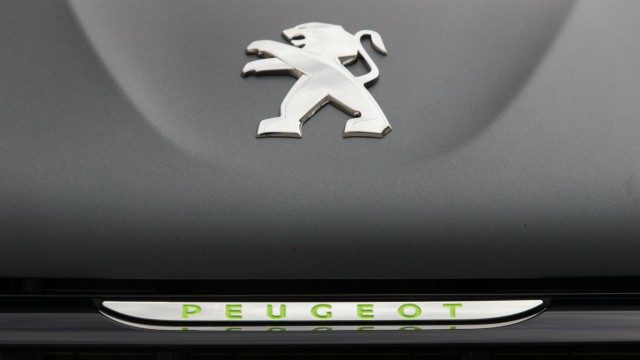 The 208 1.2 110 squeezes into the free-car-tax bracket, with CO2 emissions of 99g/km – impressive for a petrol engine. Official fuel economy is 65.7mpg, so reckon on at least 50mpg in everyday driving. 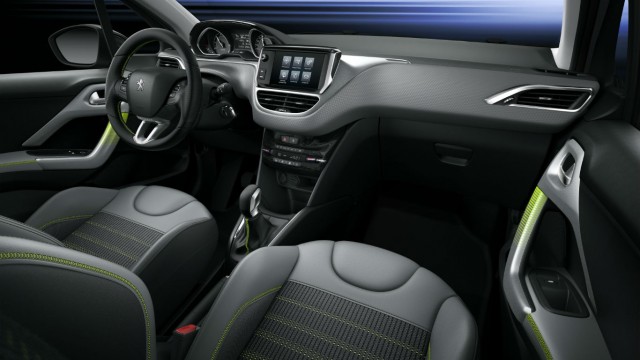 If you want out-and-out practicality, nothing beats the MPV-shaped Honda Jazz in this class. The 208 is on par with the Fiesta for passenger and luggage space, making it on the small side for a family car. As a plus point, it does come with a proper spare wheel – a real boon if you’re unlucky enough to have a puncture. 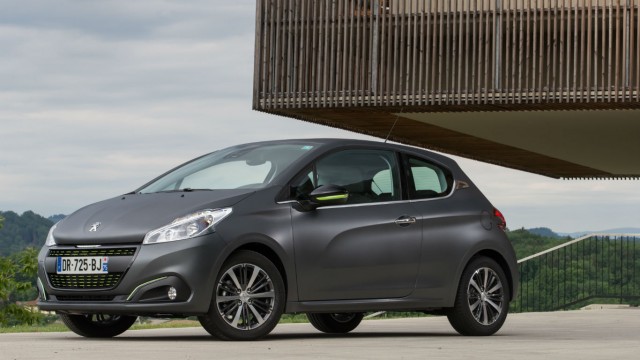 Euro NCAP awarded the 208 a full five-stars for safety. All models come with a full complement of airbags and electronic stability control. Automatic emergency braking is a (very worthwhile) £250 option on Allure, GT Line and GTI versions. 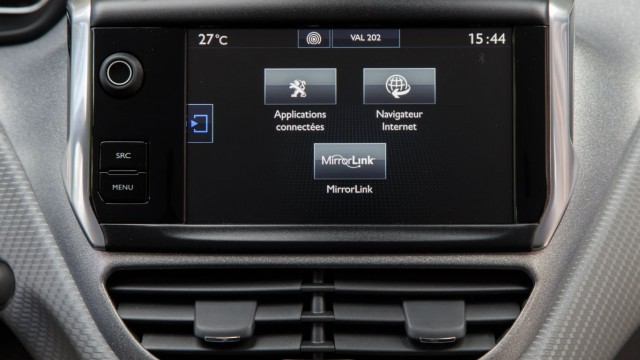 Diesel 208s are very economical, but the extra upfront cost and inferior refinement means we’d opt for a petrol version. Money-no-object, the 208 GTI by Peugeot Sport is one of our favourite hot hatches. But in the real world the 110hp 1.2 we tested is a pleasant compromise. We’d avoid entry-level Access spec, which does without the touchscreen media system. Mid-range Allure offers all the equipment you really need. 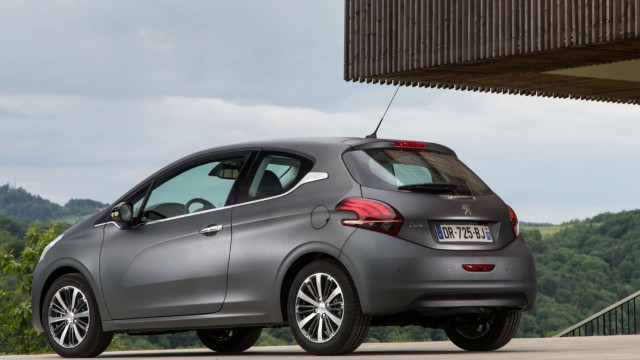 There’s little to choose between many of the superminis in this fiercely-competitive class. The 208 is a strong contender, but ultimately we still prefer the Fiesta for its engaging handling. Or indeed the Honda Jazz if you value practicality over performance. Nonetheless, it’s worth putting the 208 on your supermini shortlist, particularly if a tempting finance deal is offered. 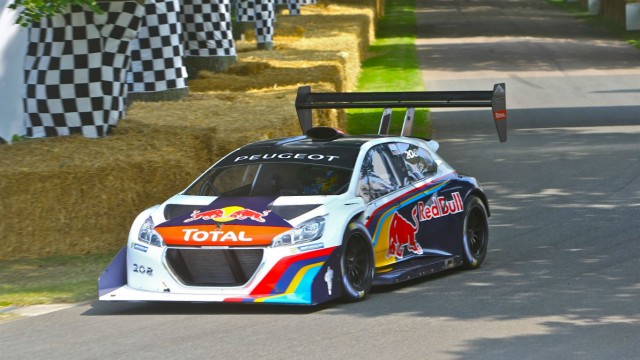 This formidable-looking 208 T16 holds the record for the famous Pike’s Peak hillclimb. Driven by rally ace Sébastien Loeb, it scaled the mountain in eight minutes and 13.9 seconds. Unsurprisingly, Peugeot won’t be transplanting its 887hp V6 into the common-or-garden 208 anytime soon…