You can now order a NEW ‘Mini’ Moke in the UK

The new Moke will cost around £24,000 and is powered by a 67hp 1.0-litre engine. Still want that Ford Fiesta or compact crossover?

You can now buy a brand-new ‘Mini’ Moke. Ordering has opened, with prices starting from around £24,000.

The company behind the car, Moke International, has now received official regulatory approval for the new Moke in the UK.

An initial, ‘strictly limited’ run of 56 cars will be built exclusively for the UK market. Each ‘Moke 56’ has a numbered plaque on the bonnet.

Customers are invited to register their interest now. If nothing else, you can while away a few minutes having a play with the online configurator. 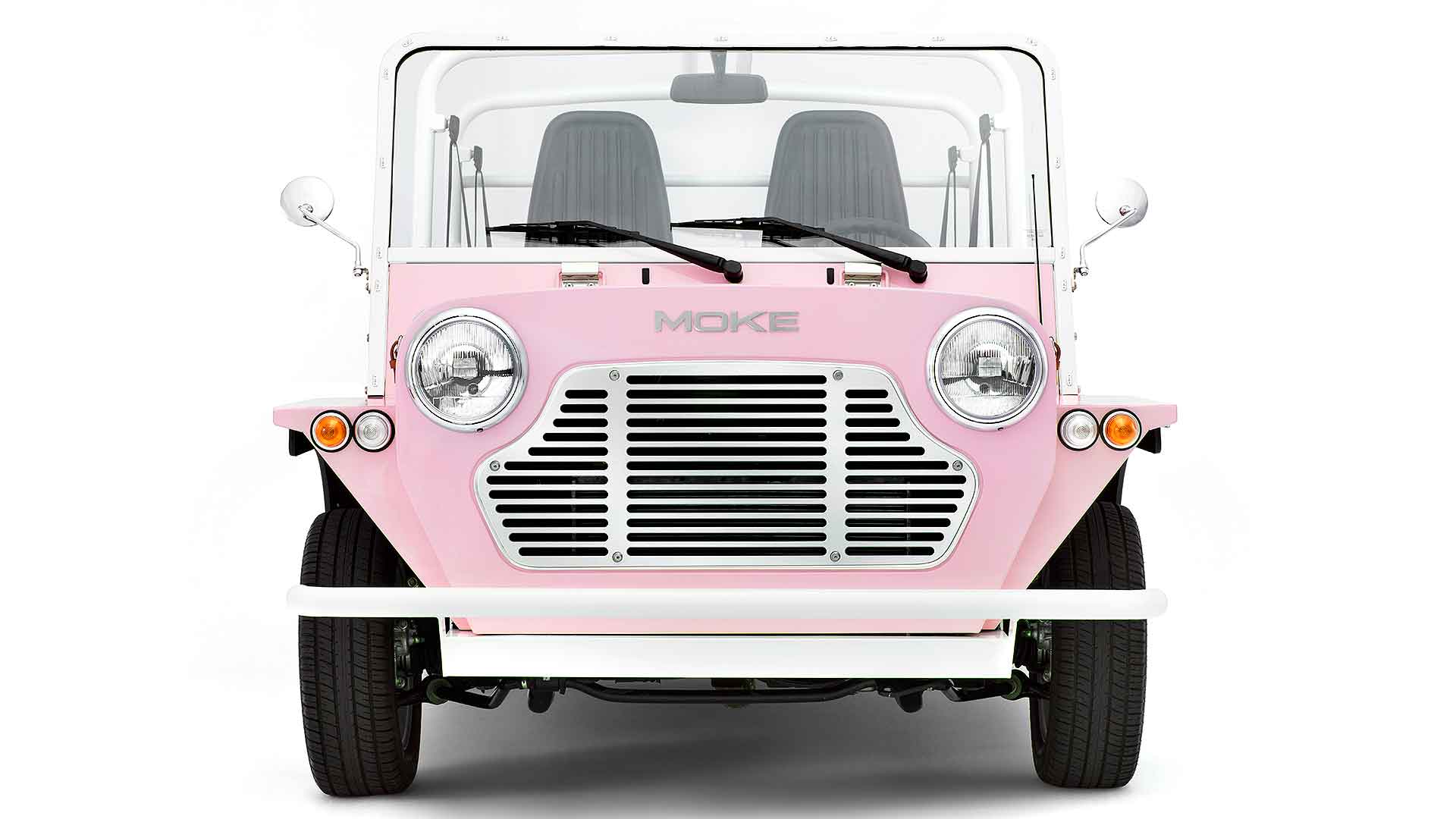 The full hood and plastic doors might be advisable in the UK, but the Moke’s seats are waterproof. 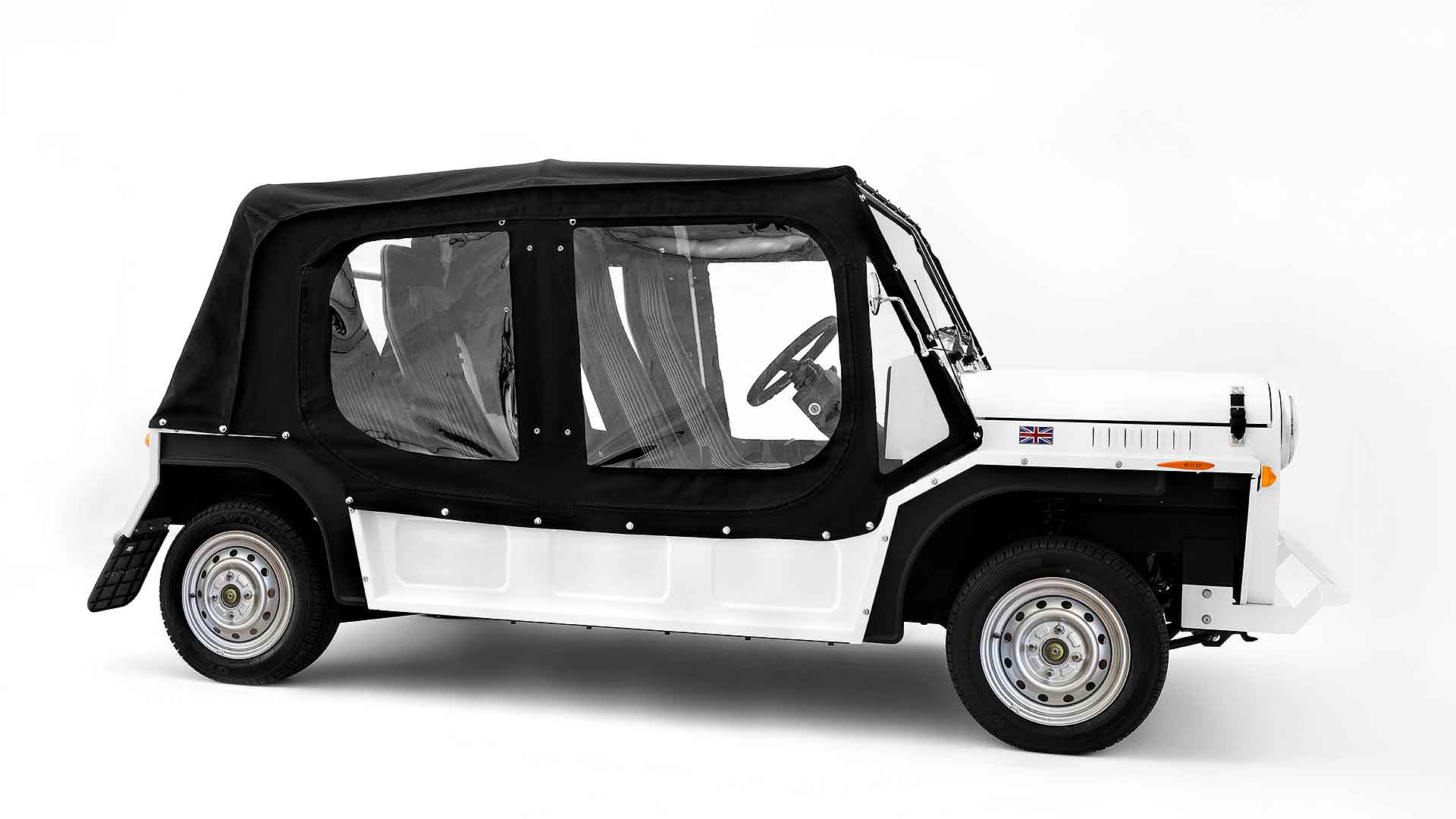 For ease of use, an automatic gearbox is standard.

There’s no five-star Euro NCAP rating to report on, but the Mini Moke does come with a safety roll bar and seatbelts. Airbags, ABS and traction control are conspicuous by their absence. 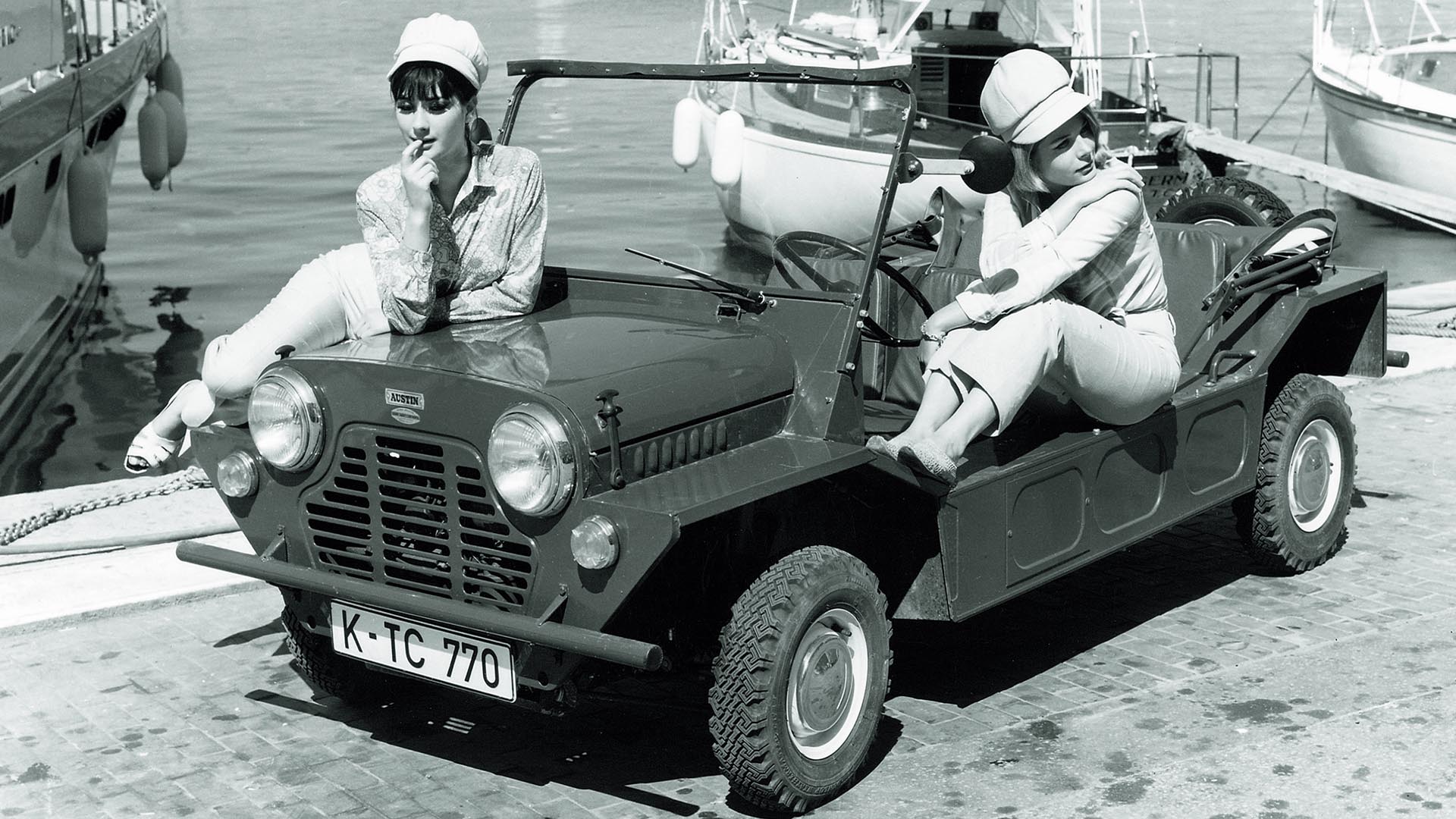 The original Mini Moke was designed in the 1950s at the request of the British Army. Alec Issigonis, the father of the Mini, was asked to create something that was small, light and could be dropped by parachute.

It wasn’t a success. Shunned by the military for its lack of ground clearance, the Mini Moke was destined to become a footnote in the big book of automotive failures. Fortunately for Issigonis, the Moke captured the hearts and minds of the hip and trendy folk of Carnaby Street.

Despite being crude, uncomfortable, unsafe and slow, the Mini Moke became an unlikely global star. Around 14,500 of them were built in Britain and exported to sunnier climes around the world. The sight of Brigitte Bardot driving a Moke in St. Tropez did wonders for its image.

Although UK production ceased in 1968, assembly of the Moke in Australia was already underway. Some 26,000 were built by BMC Australia before production ended in 1981.

Remarkably, the Moke was also built in Portugal until 1993. In total, some 50,000 Mini Mokes are thought to have been built. 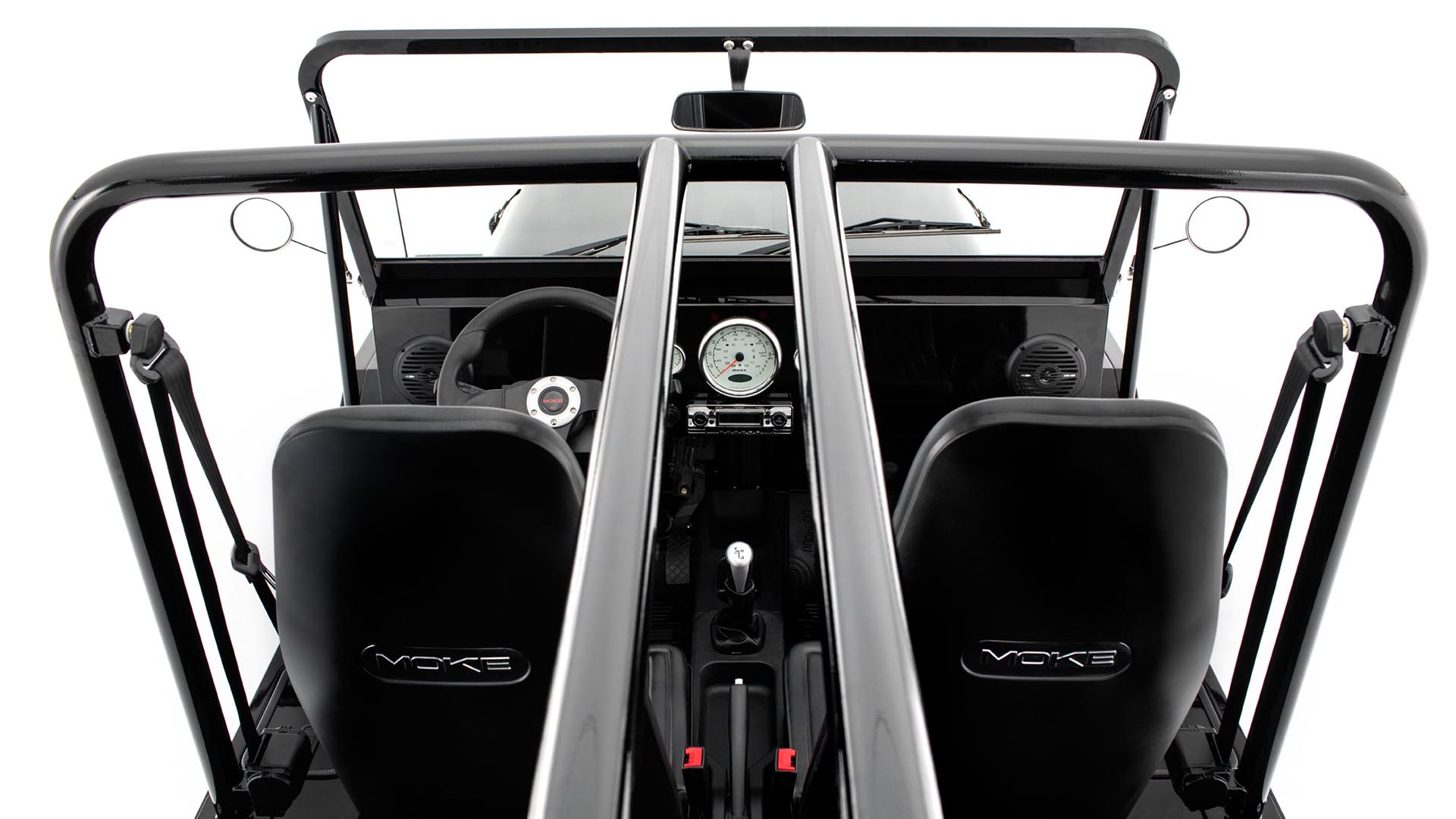 The new Mini Moke is designed in Britain and built in France. British designer Michael Young was tasked with bringing the Moke to life for a new generation. He said: “As a Moke enthusiast, when the email came in asking if I was interested to talk about the project, it was like a call to duty for me.

“I had recently been commissioned to rebuild a Moke in Australia from the ground up out of old parts, in 2012. I was fully aware of what needed to be done. It has been more than 20 years since the last Moke rolled off the assembly line in Portugal.

“The world has changed dramatically. We could not just replicate the original model as times have changed, and music and fashion have changed accordingly. So the car’s main requirements actually need adjustments too: enhancements, improved road-holding, braking, suspension and so on.”

“It was essential to strike an equal balance for the old enthusiast and the new generation of Moke drivers – like me. I was equally aware that I had to respect the past and make sure the overall visual aspect was kept intact.”

If you fancy adding a little colour to UK streets, you should get in touch with Moke International via its website. Remember, you are not a number, you are a free man (or woman). The compact crossover can wait for another day.

What are the most referenced cars in music?

What car marques are referenced the most in modern popular music? From Rolls-Royce, Ferrari and Lamborghini, to... Honda?
Read more

Coronavirus: How to clean and protect your car from disease

Dangerous diseases such as coronavirus could be lurking in your car. Here are some of the risks, along with the 40 areas of the car you need to clean NOW.
Read more

It will have vertical take-off and landing capabilities
Read more