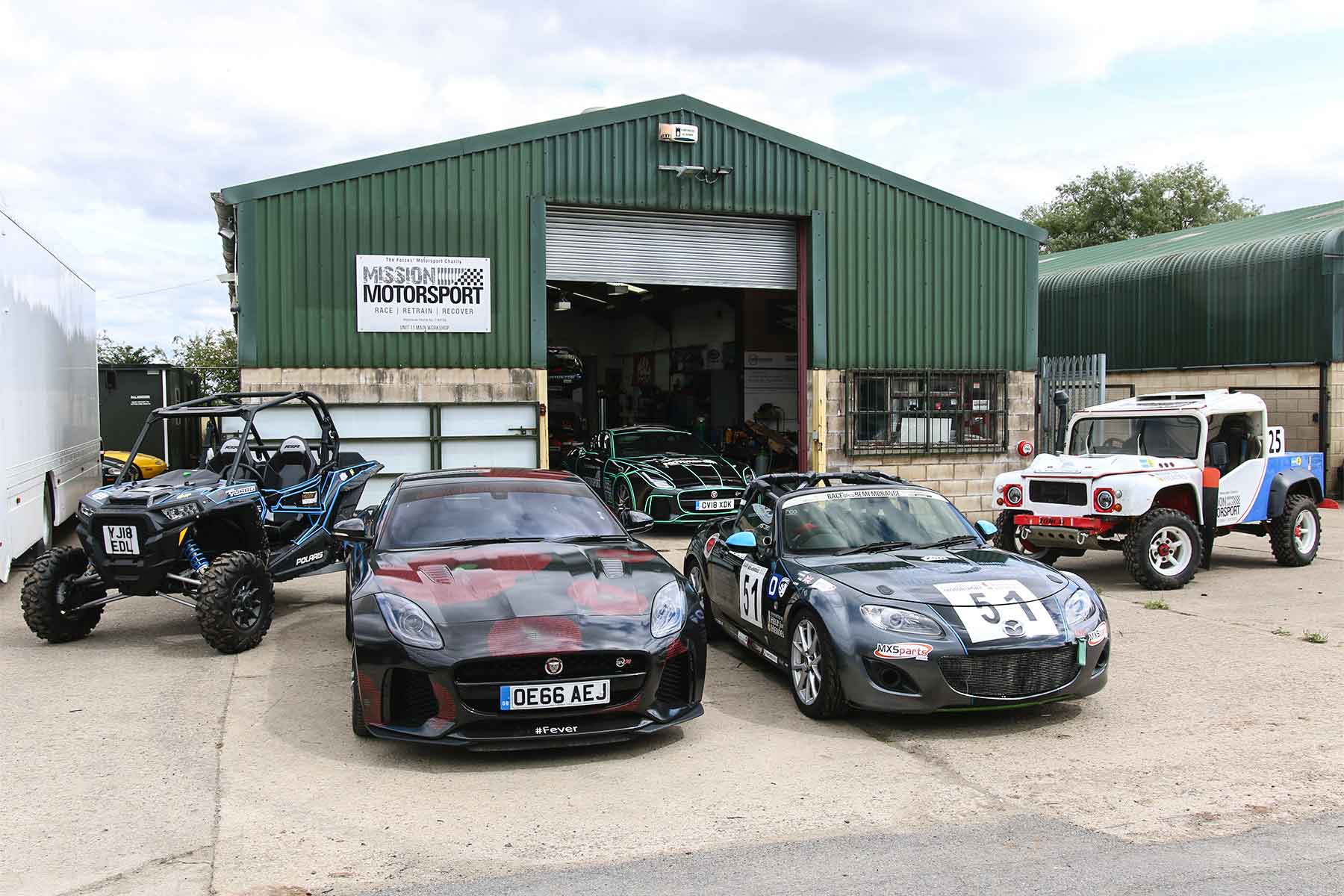 There’s no organisation quite like Mission Motorsport. The Forces charity uses cool cars to help returning soldiers rehabilitate and reintegrate. With support from the likes of the Royal Foundation, The Endeavour Fund and Help for Heroes, Mission Motorsport takes a passion for cars and uses it to make a real difference for combat veterans in need.

It’s not all larking about in ATVs and blasting up runways in a supercharged Jaguar, though. We had a chat with founder James Cameron about all things MM. Here’s a potted account of what they have and all the great stuff they do. 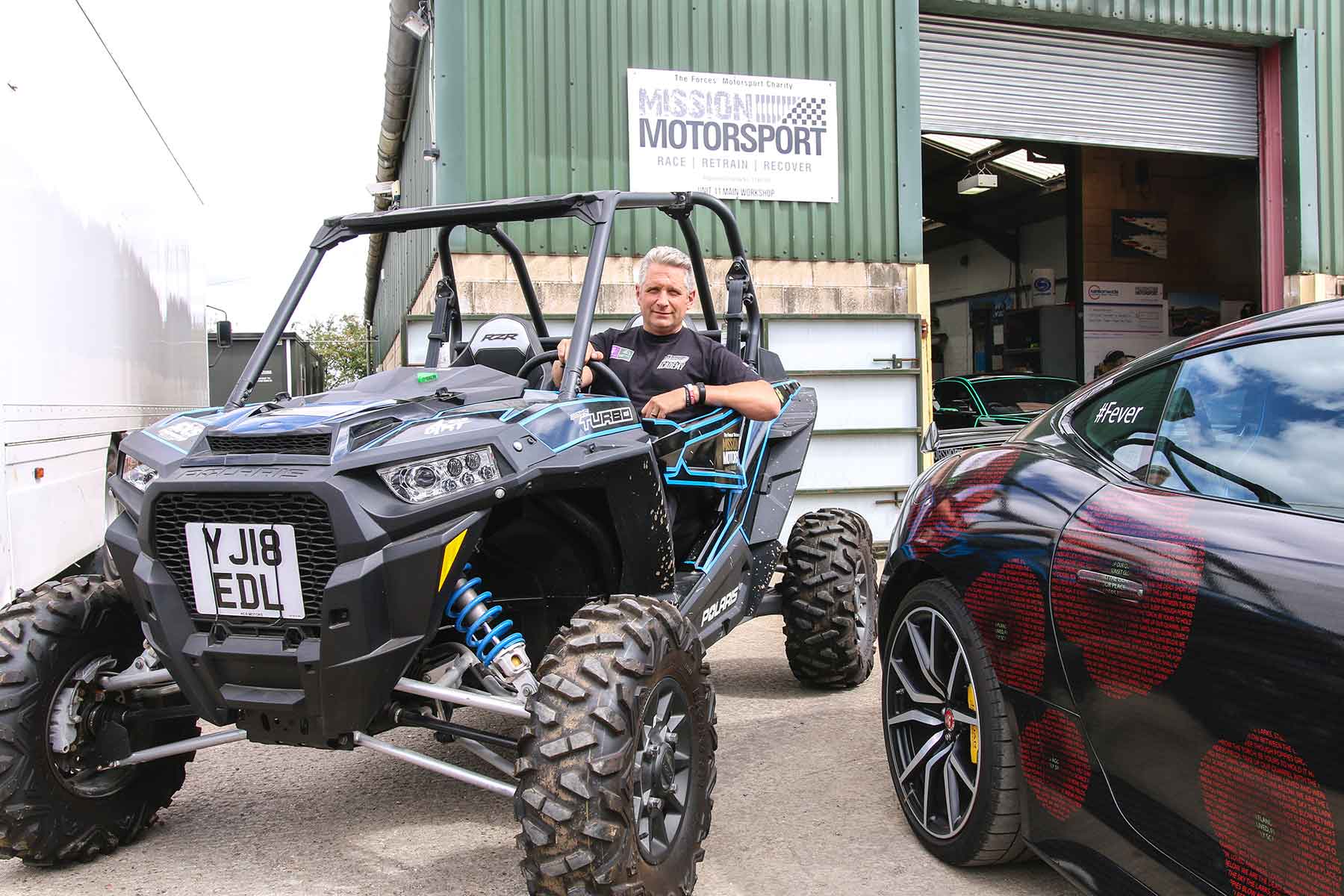 We trundle into an industrial estate not unlike any other. Large, nondescript units line the sides of the road: a body shop, a construction firm, then two liveried Jaguar F-Type SVRs – one in ‘Tron’ style, another covered with poppies. A unit like any other, only complete with a petrolhead toy box to rival the best of them – this was definitely the place. Apparently, it used to contain diggers. Much cooler now with a couple of Mazda MX-5 race cars and a Polaris RZR buggy…

James is unmistakably a man of the Forces. A firm handshake, directness and a room-filling demeanour that has you both at ease and at your fullest attention. He could only have been military-hewn.

We’ll sum him up with a component-parts explanation of his @TankSlider Twitter handle. It involves a snow-covered cobbled expanse and a Challenger tank. That combination resulted in this now-respectable charity director lumbered with three months of extra duties during his time in the Royal Tank Regiment. James is as fun to be around as he is serious about his cause.

What is Mission Motorsport? 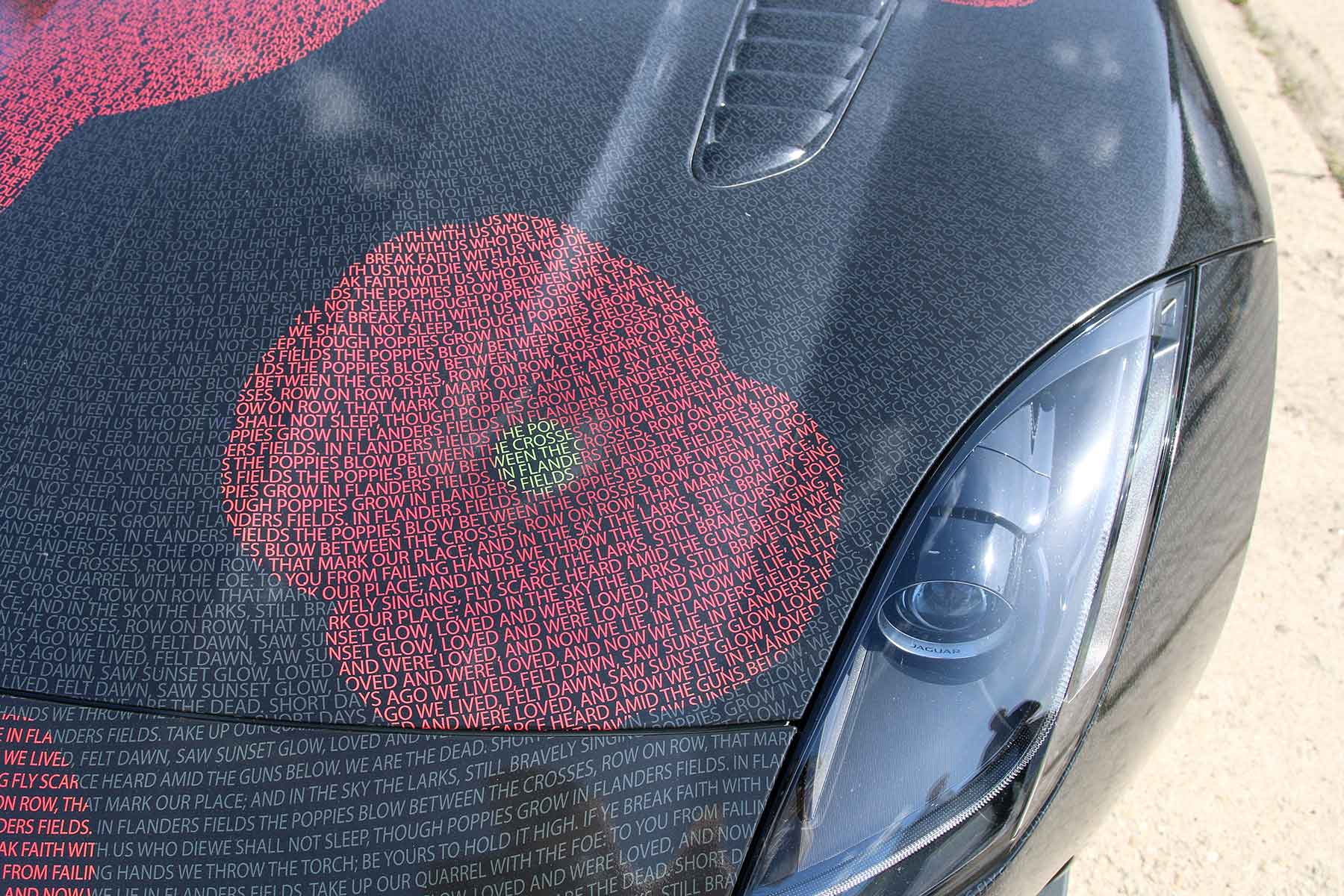 The public face of Mission Motorsport is perhaps the smallest facet of the charity itself. The cars, the yearly Race of Remembrance, the events, all have been garnering publicity and interest from prospective patrons since 2012. The magic of Mission Motorsport, however, is what it does for its beneficiaries.

The challenges returning servicemen and women face are difficult to comprehend. What was once home can seem like an alien world, family can seem like strangers, help can feel like a hindrance. Mission Motorsport is about giving returning veterans who have suffered in service – physically or mentally – vocation, purpose and a family. 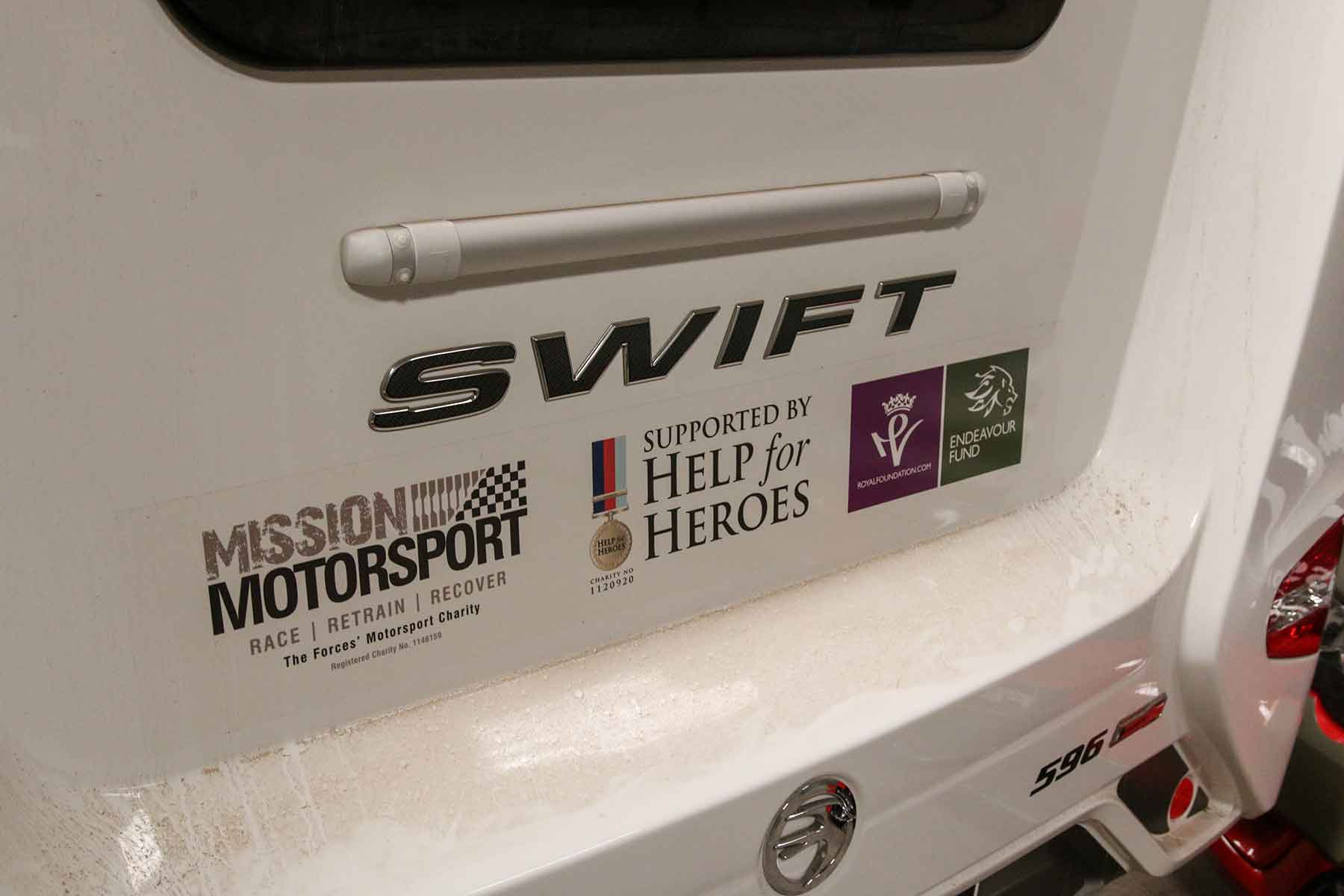 “The shiny and stupid stuff is to get them off the sofa and get them engaged,” says James. “Then you’ve got them on the hook, so we can go and do things to benefit them in the long run. There’s value in giving someone a day out, but the longer-term impact matters more.”

On-site, there are facilities for training in multiple motoring and engineering skills. One unit has workbenches with gearboxes, engines, differentials and more for dissection, examination and reassembly. A room beside that is where beneficiaries learn engineering theory.

Supported by the Endeavour Fund, Mission Motorsport can deliver up to a level-three diploma in light vehicle engineering. A two-year course for the average college-joiner is usually much less for a service-leaver, due to the experience they can carry over. 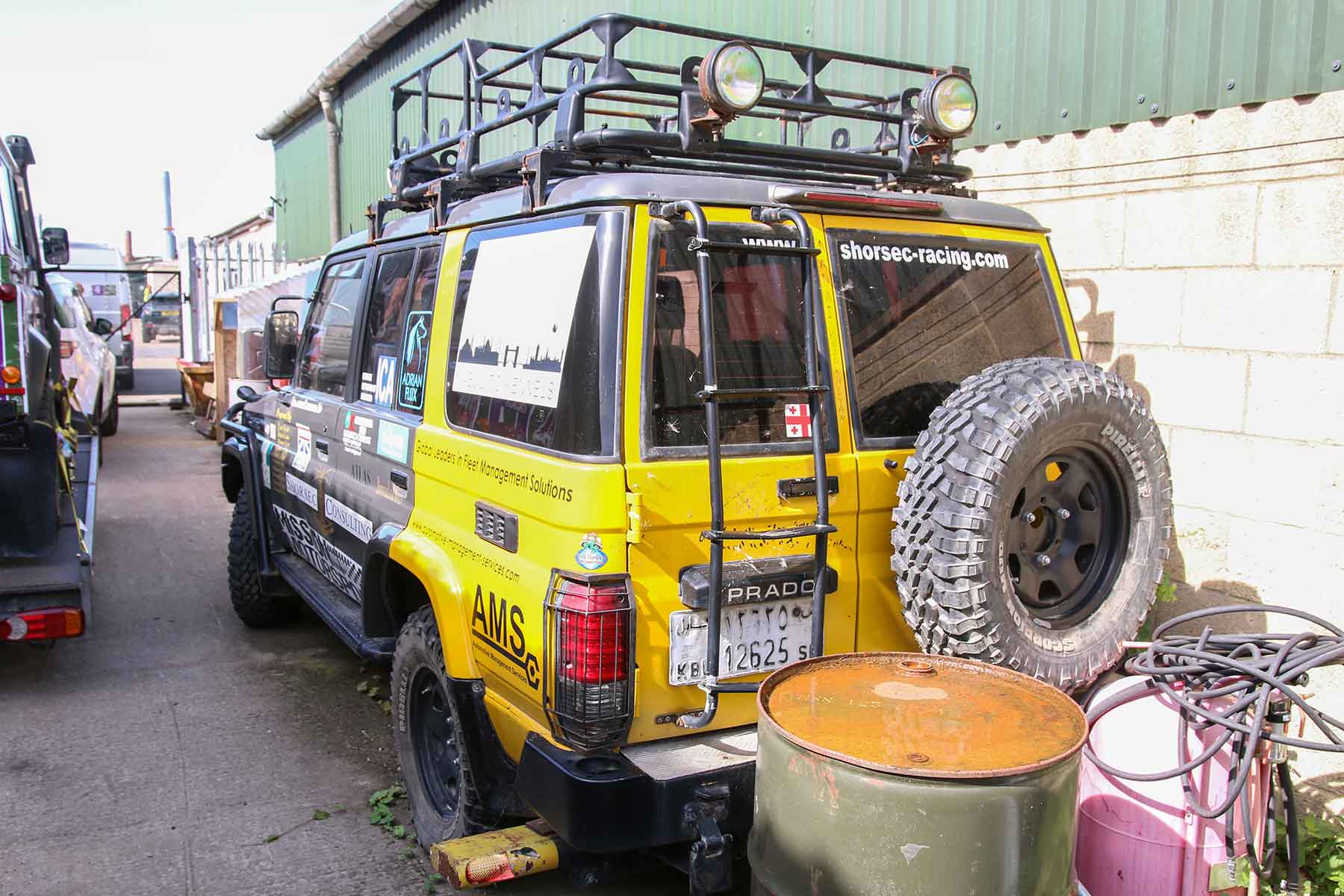 Lantra training courses for working and driving off-road in the country are now offered, too. Plus, ex-soldiers can study what James calls the “shinier stuff”: City and Guilds-verified qualifications, which are more academic in focus.

The end result is more than 130 job-starts for people as a direct result of the work Mission Motorsport does. Not only that, the communication MM has with companies like Jaguar Land Rover changes the way they look at a CV. The real value of military experience is translated into a civilian context.

The potential effect is exponential, with thousands of returning servicemen and women getting a proper chance at securing the job they’ve applied for. 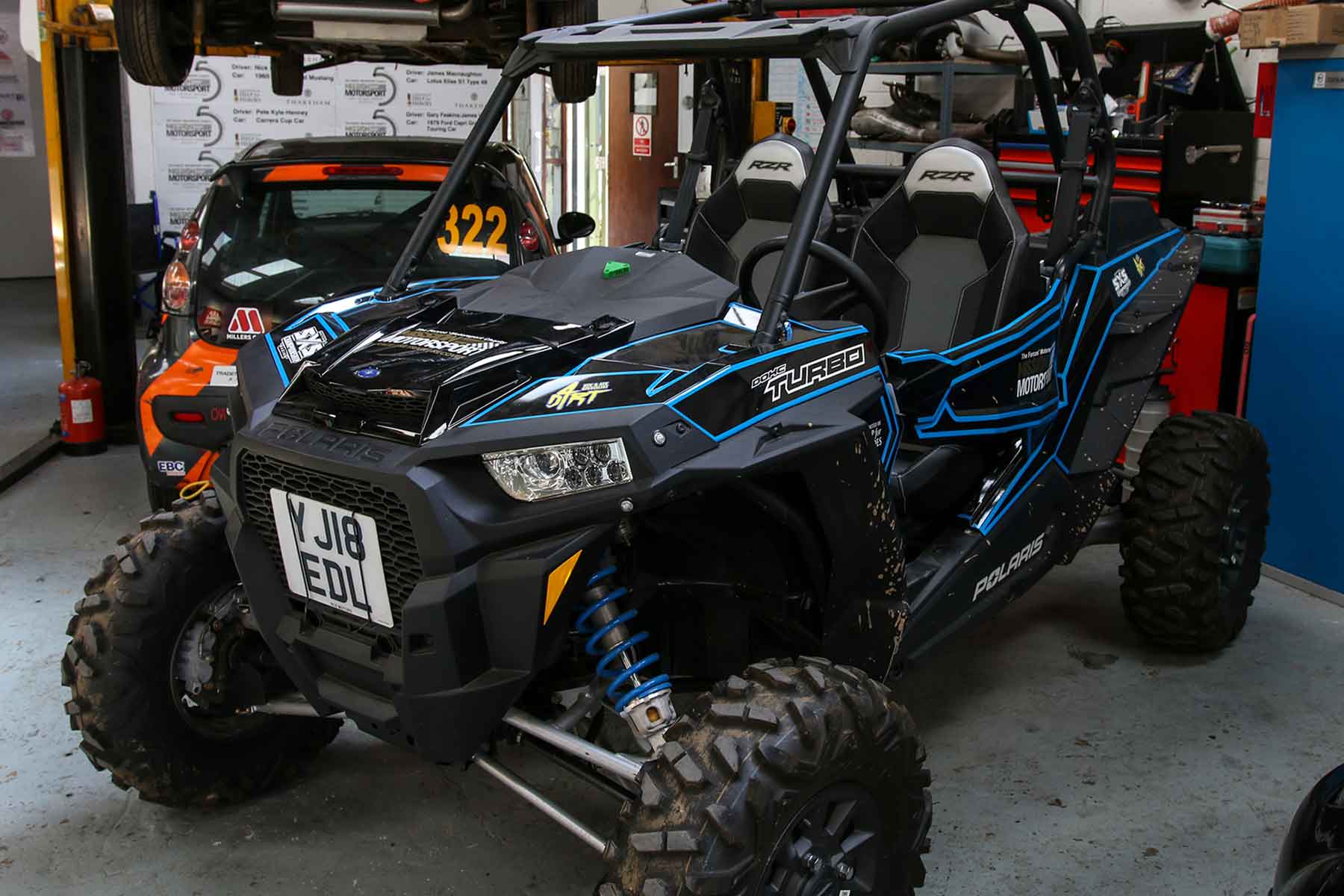 You could be forgiven for spending the whole day meandering around the MM premises. Around every corner, you find something more ridiculous and amazing – with an equally mad story to match.

We’ve mentioned the F-Types, which are generously loaned by JLR itself. They see regular demonstration and high-speed experience duty at events like VMAX. “That car has done over 180mph for 18 beneficiaries this year” says James of the poppy-liveried SVR.

Inside are two Mk3 Mazda MX-5s, one in sprint racing spec and another in endurance spec. A unit across the way has shelves full of enough spares to rebuild both twice over.

Joining them, there’s an absolutely mad Polaris RZR buggy and, of all things, a pair of Citroen C1s. Of course, this is Mission Motorsport, so these C1s are endurance prepared. One of them has seen action at Spa Francorchamps and three Races of Remembrance.

In between the two units is the Lightning McQueen MX-5, a Bowler Defender, a Land Cruiser brought back from Afghanistan and a pair of Land Rover Discoverys.

Across the way in another unit are some more absolute gems, including a custom Land Rover Defender with a rip-snorting V8 and special controls for amputees, called Fenton. “Fenton, like the Polaris next door, is just about having really good fun. It’s the reaction we look for.”

Behind that is a fully race-ready Honda CR-V – yes, a CR-V – as built by Synchro Motorsport, Honda’s in-house race team. After a beneficiary found employment at Honda, MM was keen to keep Synchro on the grid at the Race of Remembrance and shout about the achievement. With the Type Rs getting too quick for the event, the logical thing to do (sort of) was have them race-prep an SUV. Laugh all you want, but it ended up on the podium at the Mission Motorsport Invitational event.

Right at the back is a car very far from home. A Ford Falcon as used for skidding and practical workshops, it came over, along with a lot of spare parts, back when Ford of Australia shut-up shop.

Less glamorous but no less important, a tatty BMW 3-series Compact also serves as an ECU and diagnostics cadaver for beneficiary training.

There’s also a Lancia Delta in the midst of some wrapping work. The cars are liveried in-house, with car wrapping just one of many motoring and motorsport-focused vocations MM can introduce and train veterans in.

As an example, they sent a couple of beneficiaries out on work experience. One went to Caterham F1 and another to Touring Cars. Instead of coming back, they both got full-time jobs. In a business, that’s lost talent. At Mission Motorsport, that’s something close to job done.

Plans for the future 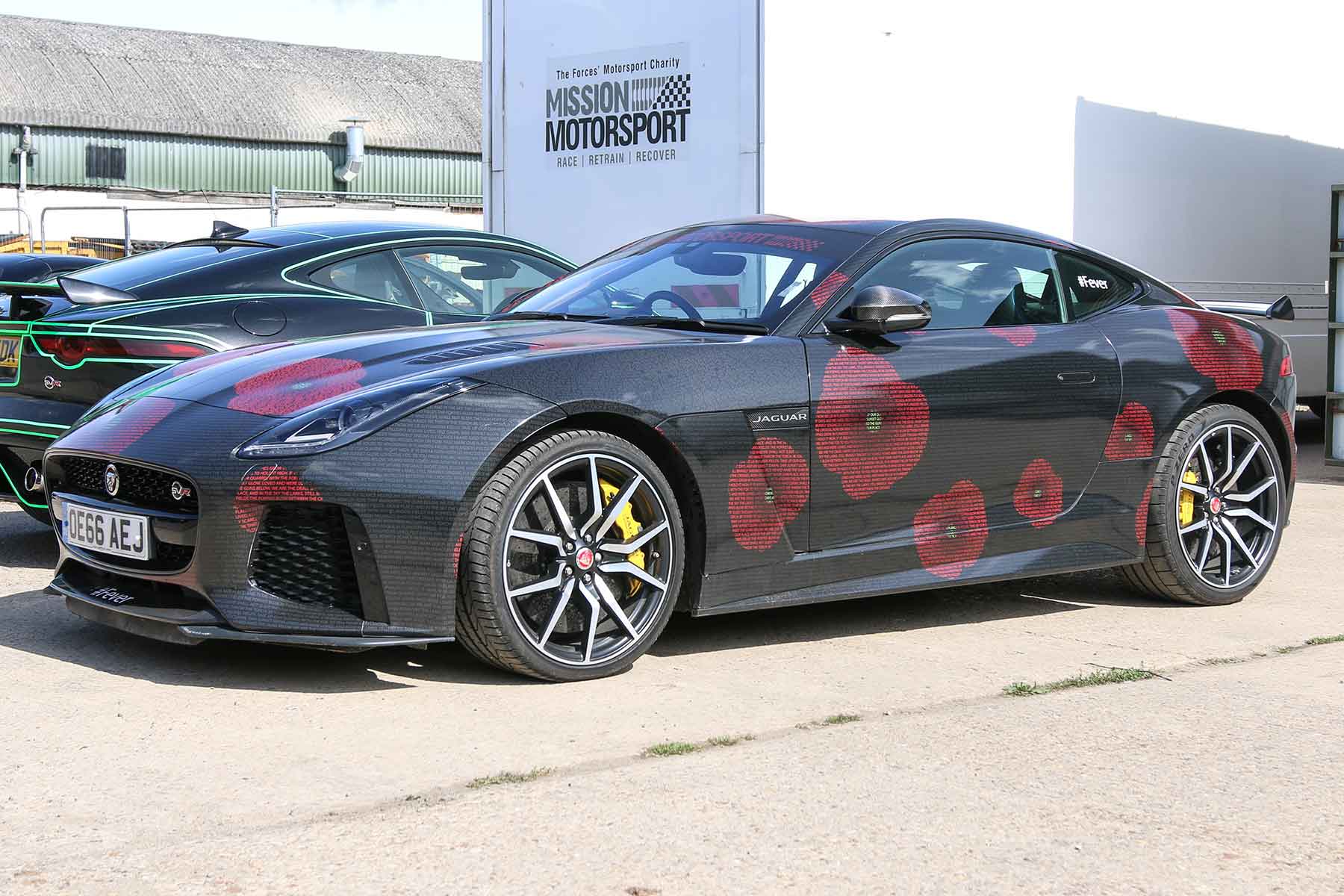 It wouldn’t be overstating the case to say James has huge plans going forward. The future is as bright as the coming undertaking is Herculean.

With the rise of the EV in the automotive market, demand is increasing for people trained to work with high-voltage systems. That demand, it’s predicted, won’t be met by the existing civilian UK population. What’s been identified isn’t just areas where veterans can contribute, it’s a growing chasm in the job market – one that military high-voltage training (on submarines, tanks and other heavy-duty machines) can readily fill. All that is to come, when MM moves to new and expanded facilities.

Full details of that endeavour will follow soon. For now, we hope we’ve given you an insight into the magic of Mission Motorsport, beyond that famous poppy-liveried Jag.