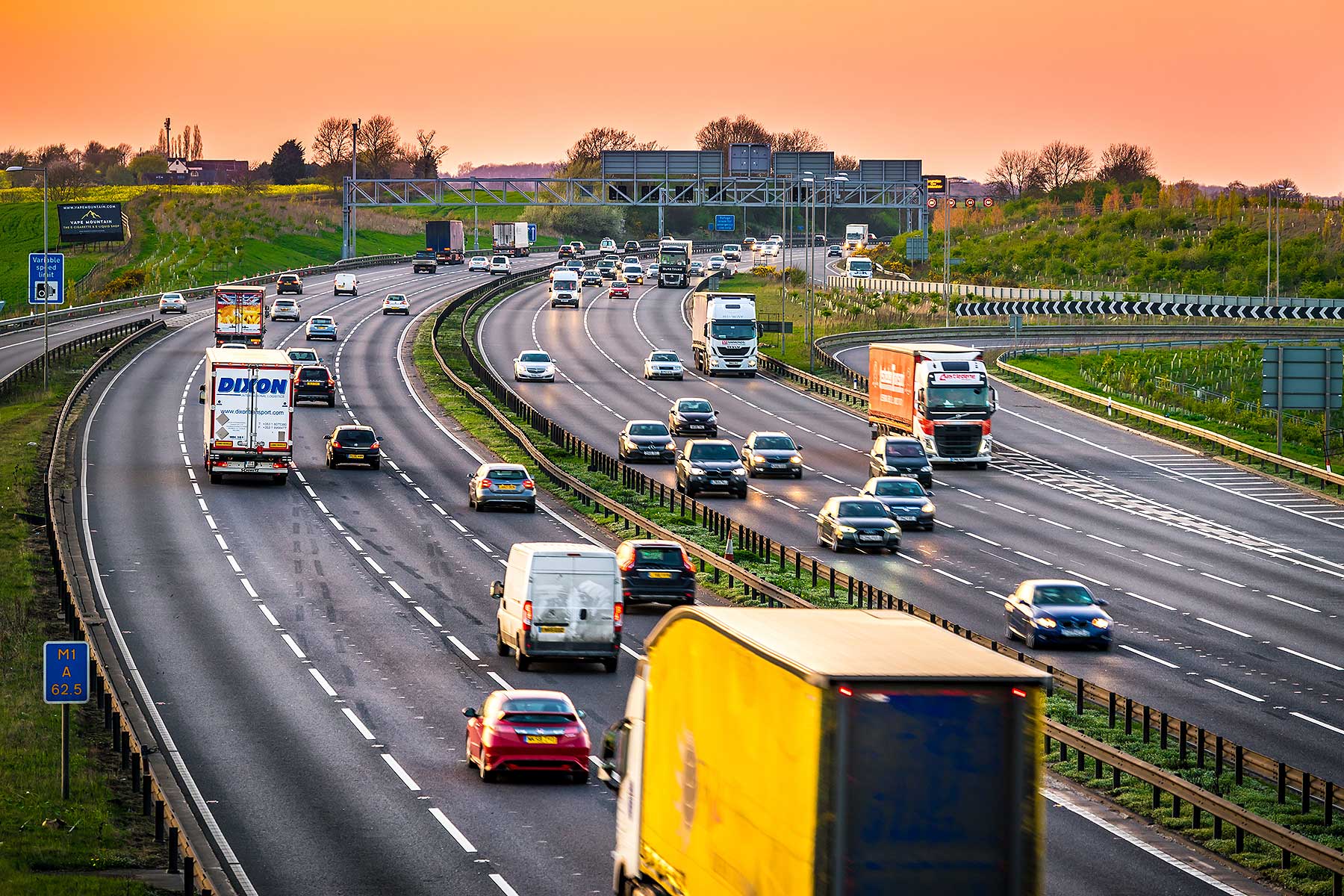 Trials of high-visibility orange smart motorway emergency areas are being extended to the M1, after first being launched on the M3 near Camberley in July.

The new-look emergency areas have orange road surfaces and benefit from much clearer advance signage, as Highways England tries to both improve their visibility and encourage their safe use.

14 of the new-look orange emergency areas are being installed on the M1 between junction 16 (Northampton) and junction 19 (Catthrope) as part of an ongoing smart motorway upgrade for the busy section.

A smart motorway is one using variable speed limits to control traffic flow and try to avoid stop-start congestion. Since 2004, smart motorway upgrades have also converted the hard shoulder into an additional running lane for when traffic is heavy.

An extended CCTV network helps Highways England operators monitor the motorway: they can immediately close lanes when they observe an incident.

Highways England says smart motorways improve journey times “and are just as safe as conventional motorways”. Some drivers remain confused by them – for example, continuing to drive on the hard shoulder when it is closed.

This is why Highways England is stepping up efforts to inform motorists. A national TV, radio and social media campaign is currently running, to tell drivers not to use lanes closed by ‘Red X’ overhead signs.

Highways England chief executive Jim O’Sullivan hopes the move will help allay motorists’ safety concerns over smart motorways. “We recognise the public concern about smart motorways and we will also believe that changes such as these will help drivers have confidence when using them and be clear about where they can stop in an emergency.”

Hence the new orange emergency areas. “The bright orange colouring will make them as easy as possible to spot and should also discourage drivers from using them in non-emergency situations.

“I hope it helps drivers feel more confident about using a smart motorway.”

Since the scrapping of paper tax discs in October 2014, the ‘upper estimates’ of losses in road tax revenue reach £280 million
Read more

Test drive a DS7 Crossback from your driveway

Those inside the M25 can schedule their experience online
Read more

This amazing photographer has made a Lamborghini Miura SV EXPLODE

Fortunately, the beautiful Italian supercar was unharmed by the work of Fabian Oefner
Read more

The UK and Australia have under a year to wait for their Model 3s to start arriving, if Musk is to be believed
Read more

A new survey suggests motorists are in support of tougher penalities for idling drivers. Under current laws, drivers can be found £20.
Read more

Diesel car numbers down for first time in 25 years

The number of diesel cars on British roads has gone down for the first time since 1995, new figures from the Department for Transport reveal
Read more