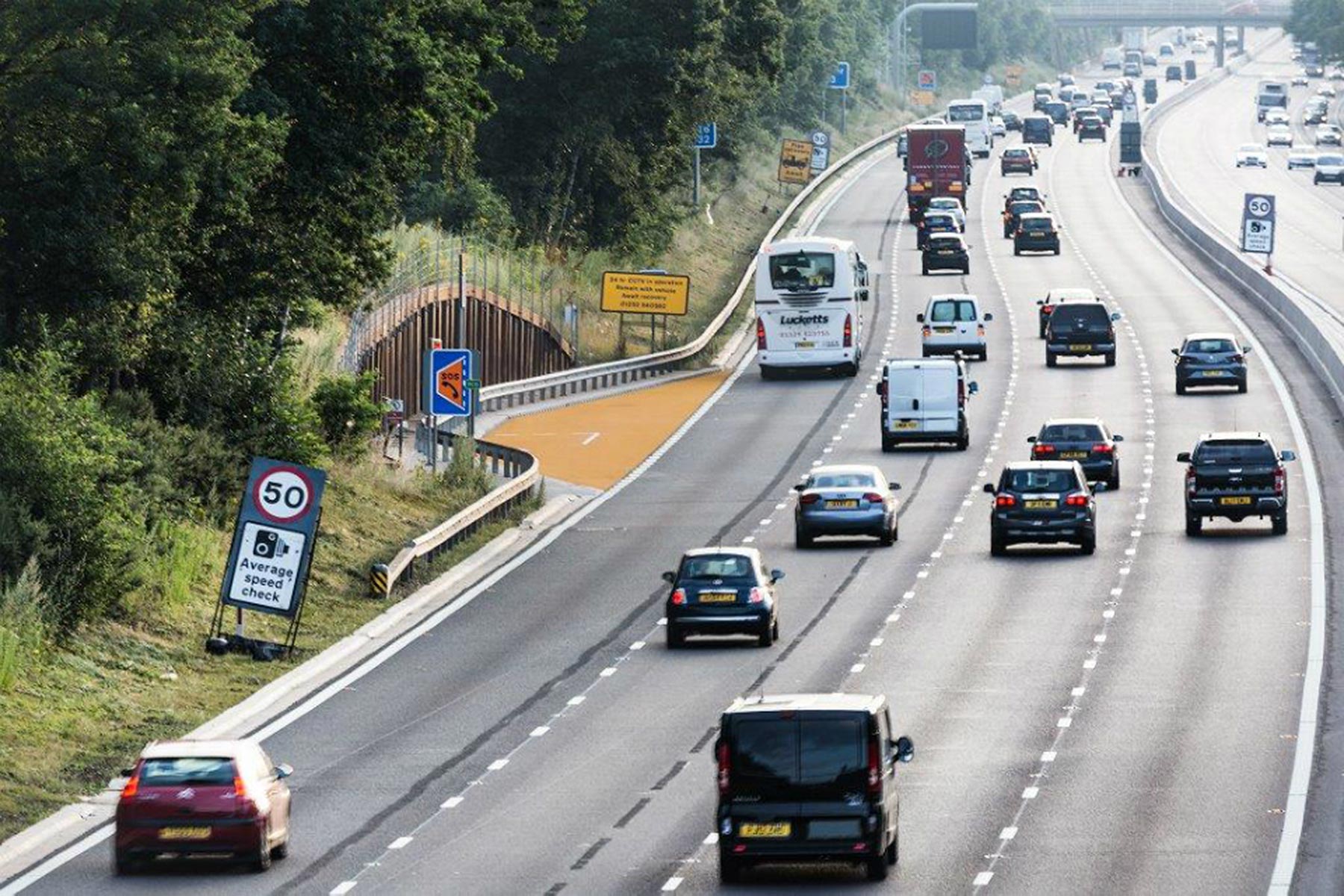 A smart motorway emergency refuge area on the M3 motorway in Surrey has turned orange as part of a Highways England trial to encourage their safe use.

It is hoped the high visibility orange surface will make the emergency area easier to spot by panicked motorists in a crisis, and also encourage drivers only to use it in an emergency. The new orange emergency refuge is also better signalled by improved signage.

Highways England chief executive Jim O’Sullivan said the objective was to give motorists more confidence when using them, and also make it clear exactly where they are able to safely stop on a smart motorway.

“The bright orange colouring will make them as easy as possible to spot and should also discourage drivers from using them in non-emergency situations. I hope it helps drivers feel more confident about using a smart motorway: we know that smart motorways are safe.”

Transport secretary Chris Grayling said the government was also running other initiatives into safe smart motorway use, such as national TV, radio and social media campaigns on issues such as not driving in lanes closed by ‘red X’ signs’. Highways England calls it a concerted drive to improve awareness of smart motorway driving.

The trial orange emergency area is on the M3 near Camberley. If the trial is a success, it will be rolled out to emergency areas on smart motorways across the country, as part of other upgrades for the network.

These will be influenced by the findings of a review into the design and spacing of emergency areas on smart motorways. It is due to report in the autumn.