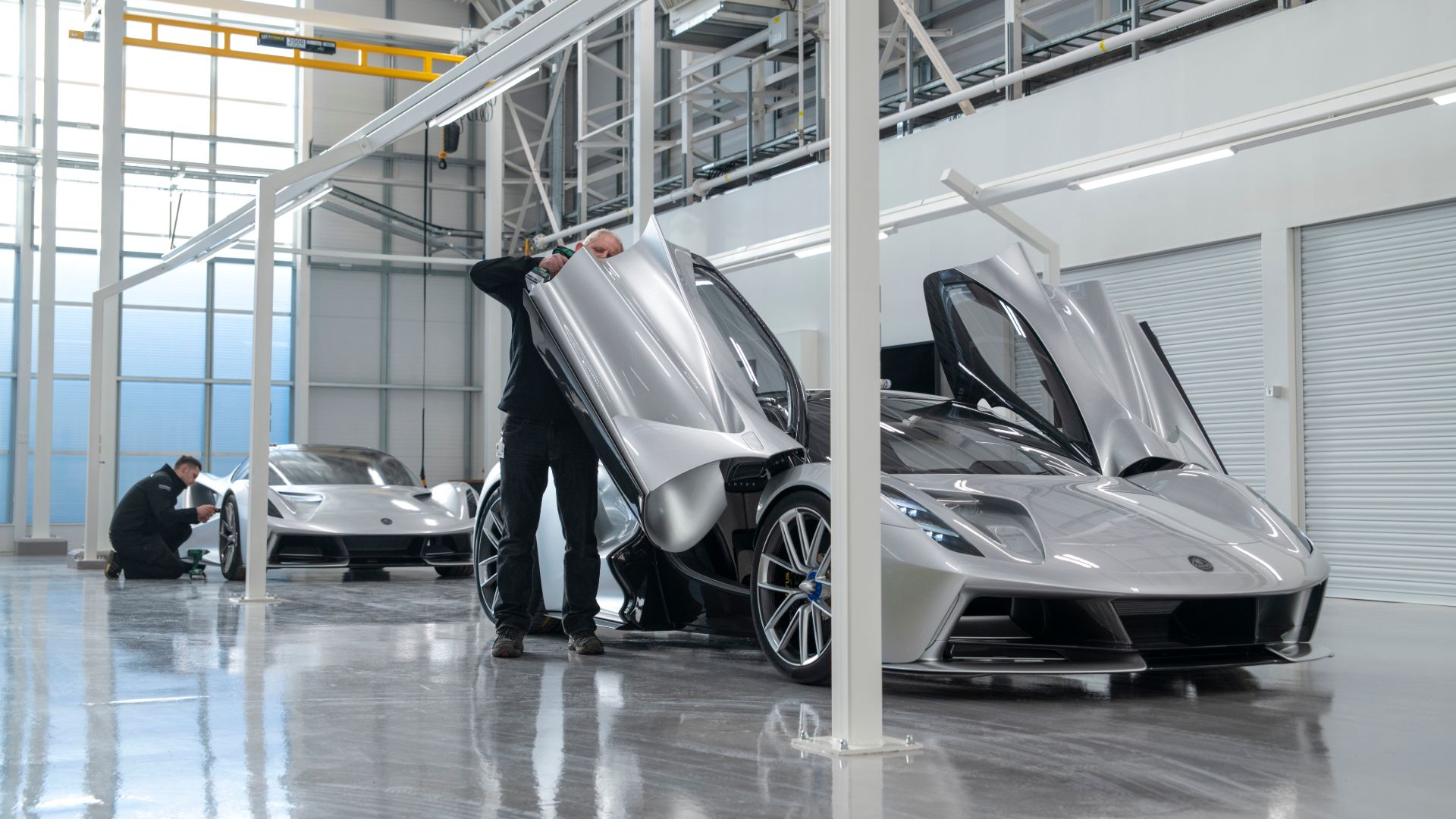 Lotus is in the final stages of completing its high-tech new assembly hall for the 2,000hp all-electric Evija hypercar. Production should begin this summer.

First, though, final prototypes will need to be assembled on the line for the last round of testing and quality control. Following this, customer cars will be built and delivered.

The ‘hall’ as Lotus calls it, was unveiled by Lotus CEO Phil Popham in front of 1,400 employees in Hethel, Norfolk. The facility nears completion after work began in summer of 2019, making this a quick turnaround. It has three sides, with gantries that frame the build stations. There’s an overhead crane, plus vehicle lifts and a wheel alignment ramp. 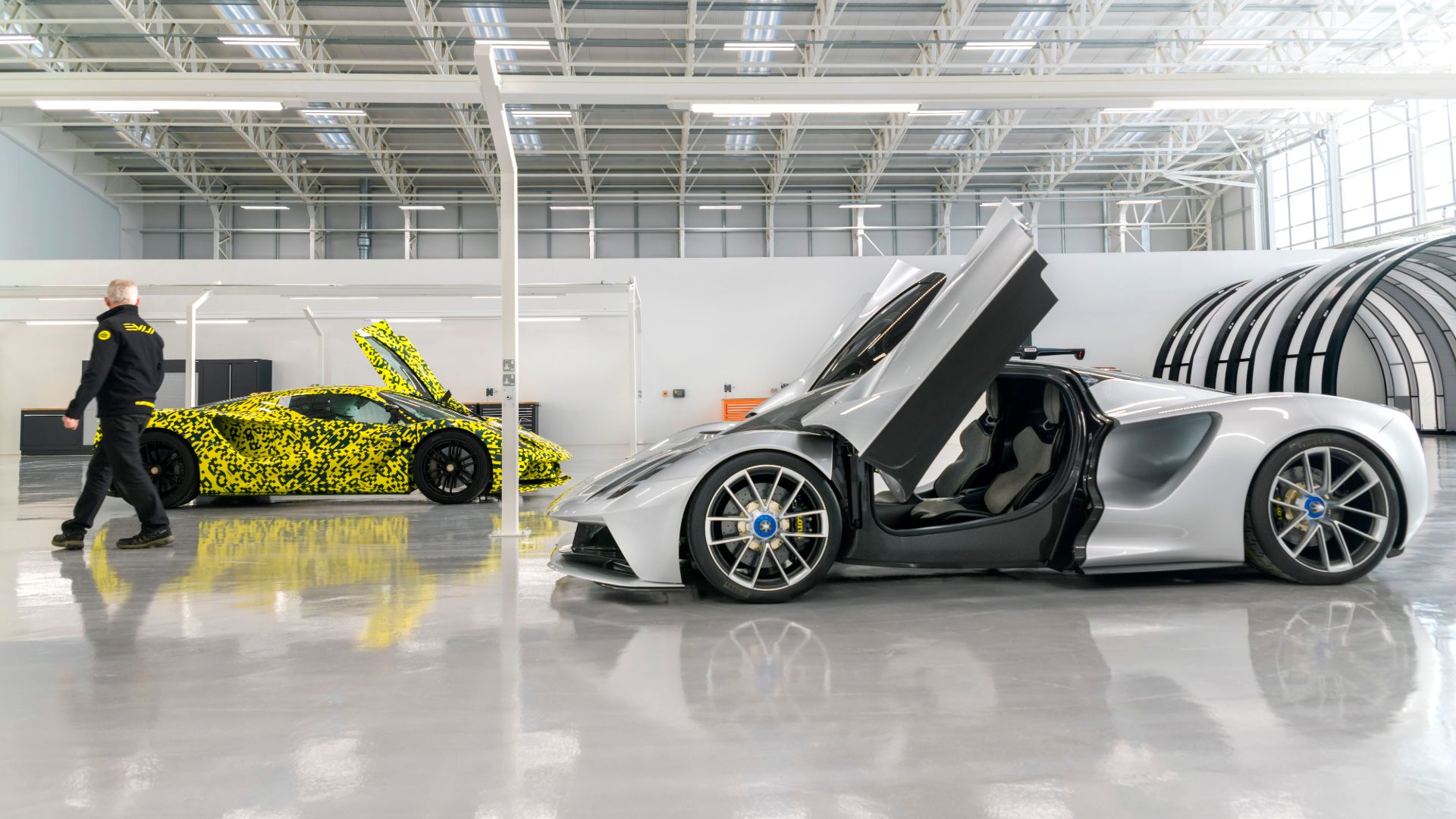 Not wanting to leave its skilled hypercar assembly team in the dark, Lotus had 30,000 LED lights installed to illuminate the facility. Before venturing out into the world, all Evijas will be subject to inspection in a new light tunnel. They’ll then head out onto the marque’s very own 2.2-mile test track for dynamic validation.

Lotus wants to hand-build 130 examples of the Evija at the facility – and the first year’s allocation of cars is sold out. There are, however, cars left to sell. If you want your very own example of what is currently the world’s most powerful hypercar, get your name down. 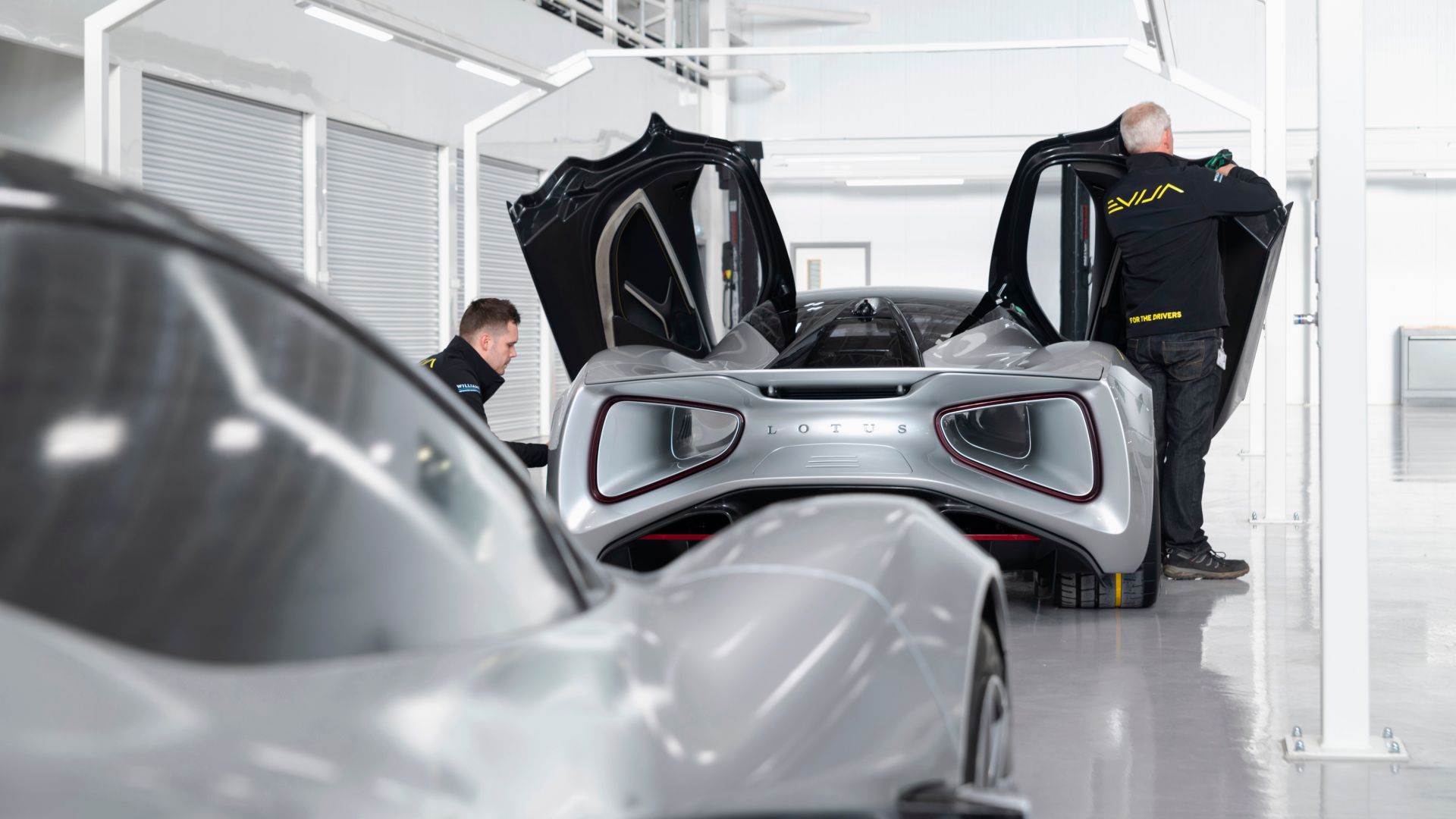 “With our new factory ready, we are ahead of the pack in the emerging EV hypercar segment and 100% ready for some healthy competition,” said Popham

“This is now the newest car production facility in the world, and to witness it move from the drawing board to reality has been deeply satisfying. It’s testament to the commitment of all involved, and is the perfect sleek and high-tech production home for the Evija at our iconic Hethel headquarters.”

Evija and a reborn Lotus 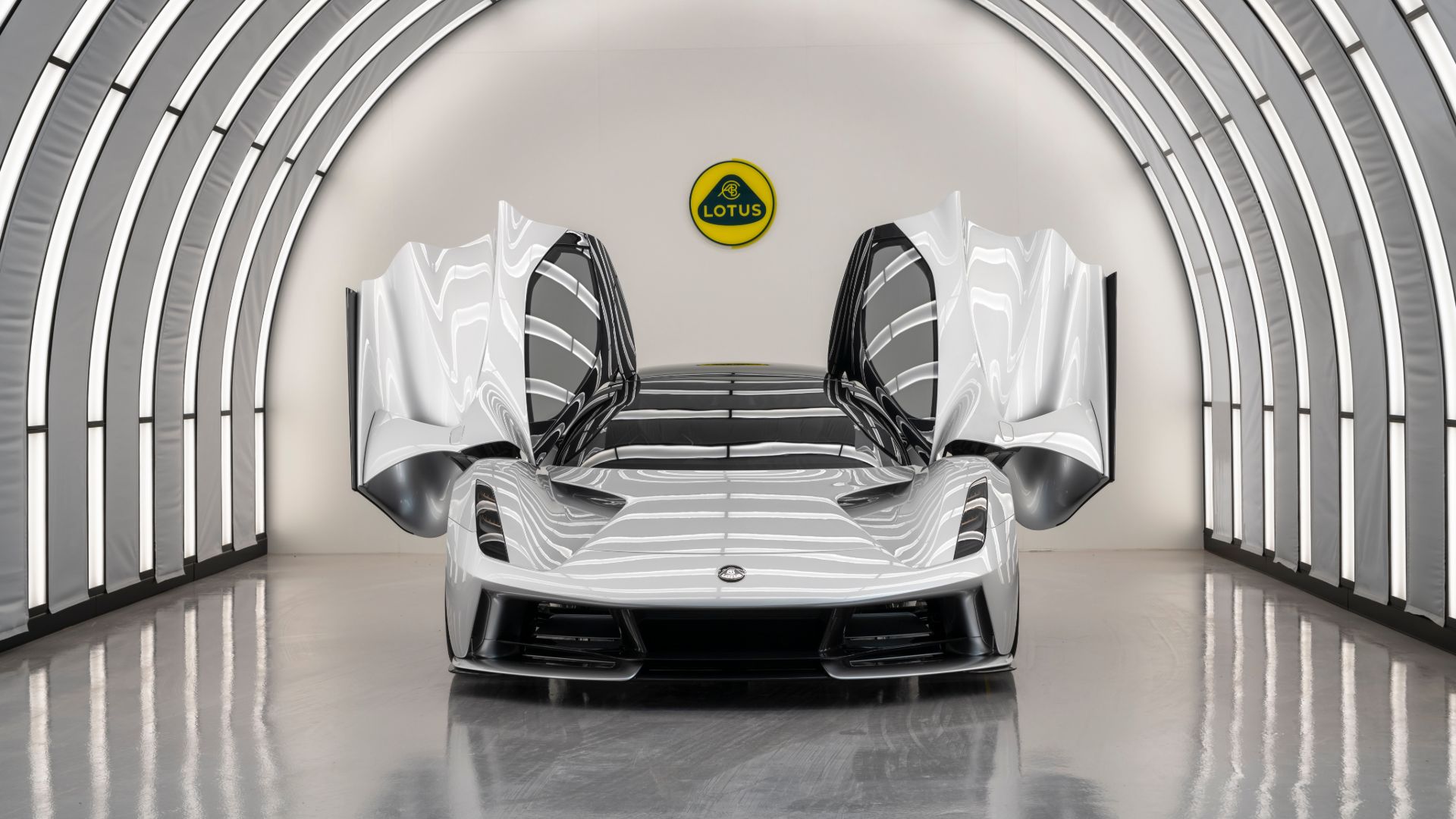 The Evija is the first all-new model to come from Lotus following its acquisition by Chinese company, Geely. It’s the first of many electric Lotuses to come, with more affordable models to follow.

Four electric motors, one for each wheel, deliver 500hp apiece. The 0-62mph sprint takes less than three seconds, with 186mph in less than nine. Top speed is projected to be over 200mph.

The battery is capable of being charged in under 10 minutes at maximum speed, with a driving range of 250 miles. The Evija name means ‘the first in existence’. 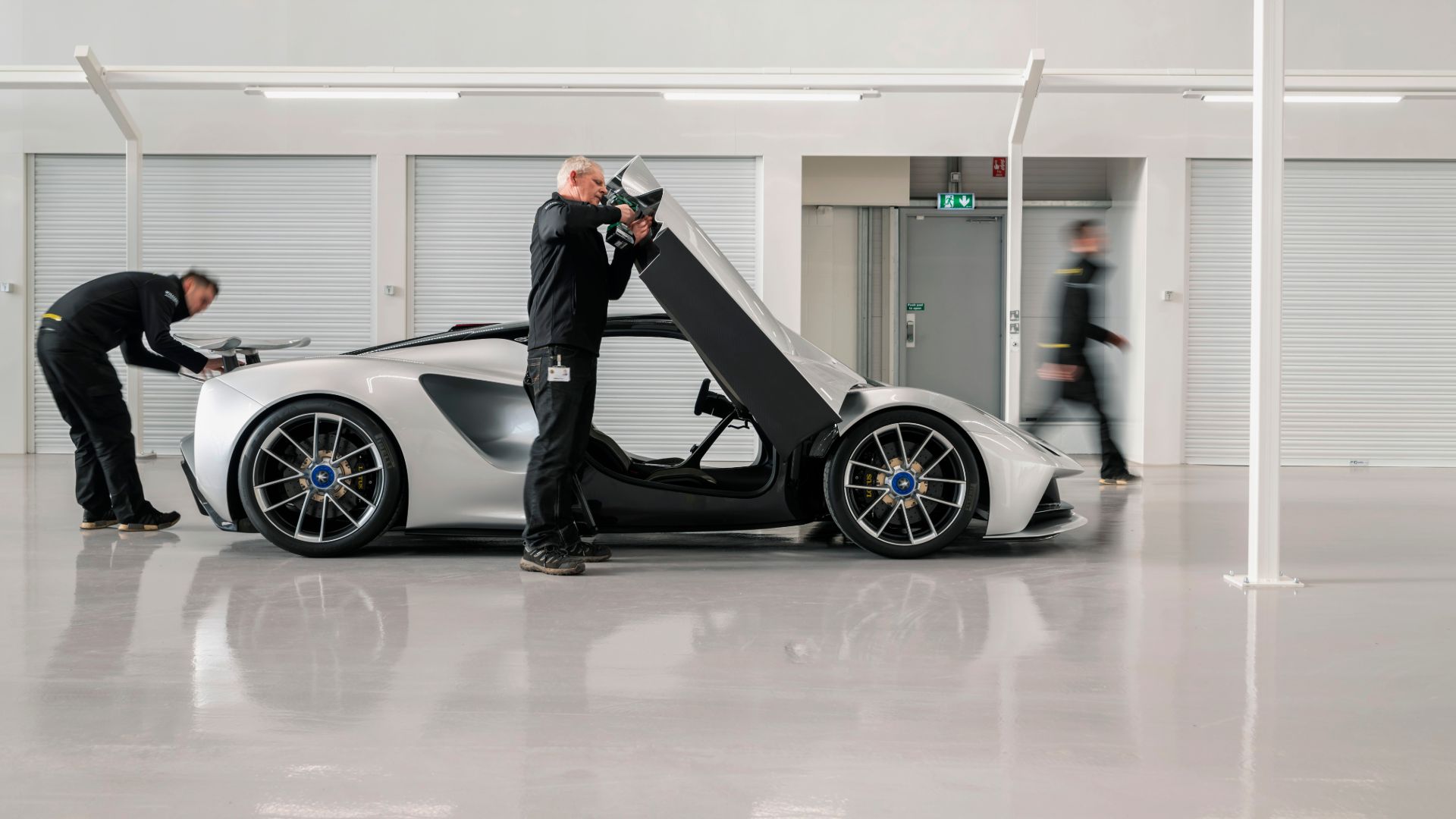 Phil Popham told MR’s Tim Pitt the ‘For The Drivers’ tagline is “more than just a marketing statement. It also defines how we develop new models. Lotus is all about the enjoyment of driving”.

Lotus is alive and well, then, with its identity intact and real money behind it. Exciting times indeed.