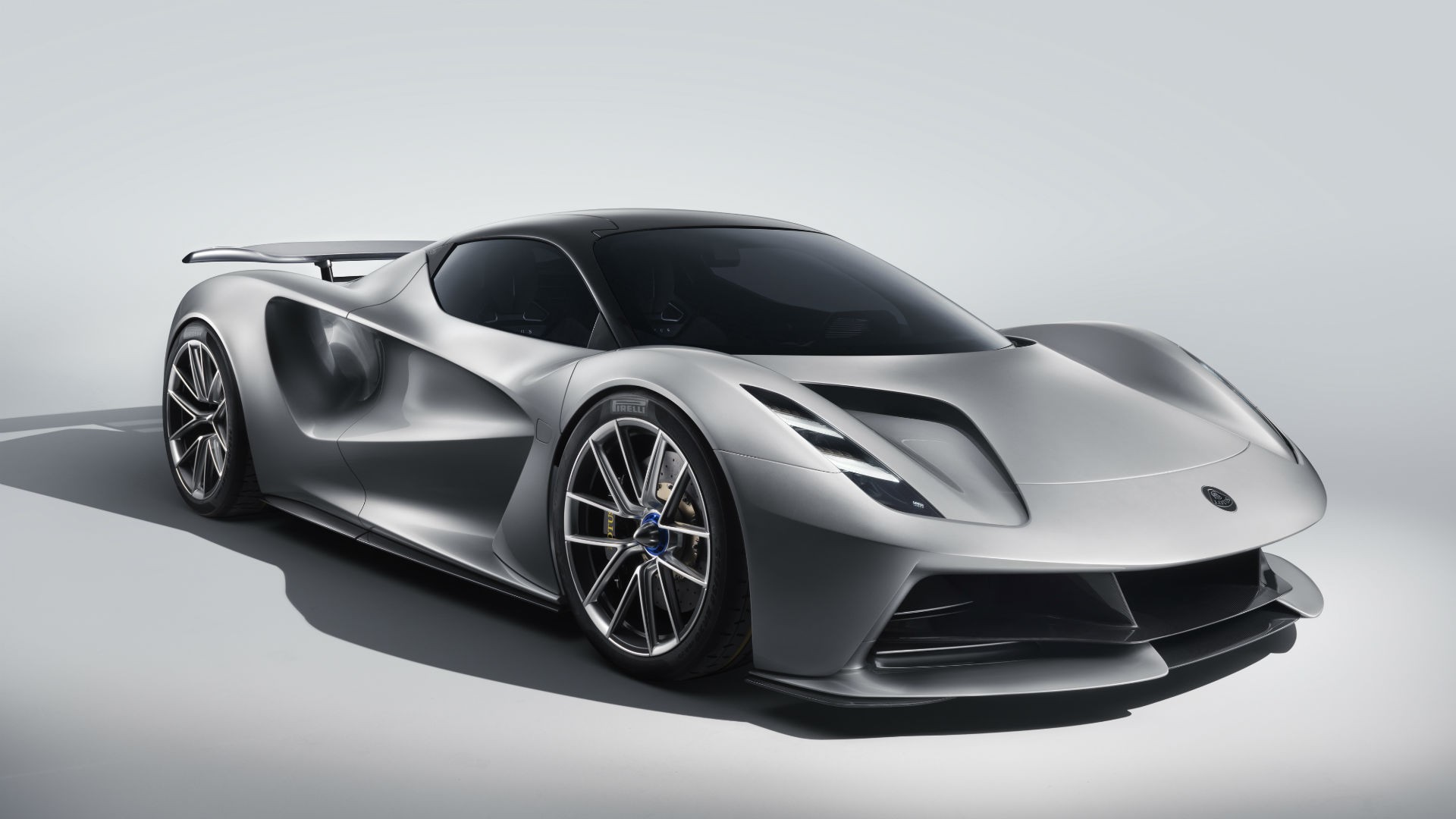 All-new cars don’t come around too often at Lotus, so when they do it’s a big deal. Now, that car – the all-electric Evija – happens to be the fastest, most powerful, most expensive and most exotic machine the company has ever made.

We’ll get to the Evija soon, but first a tour through some of Lotus’ greatest hits… 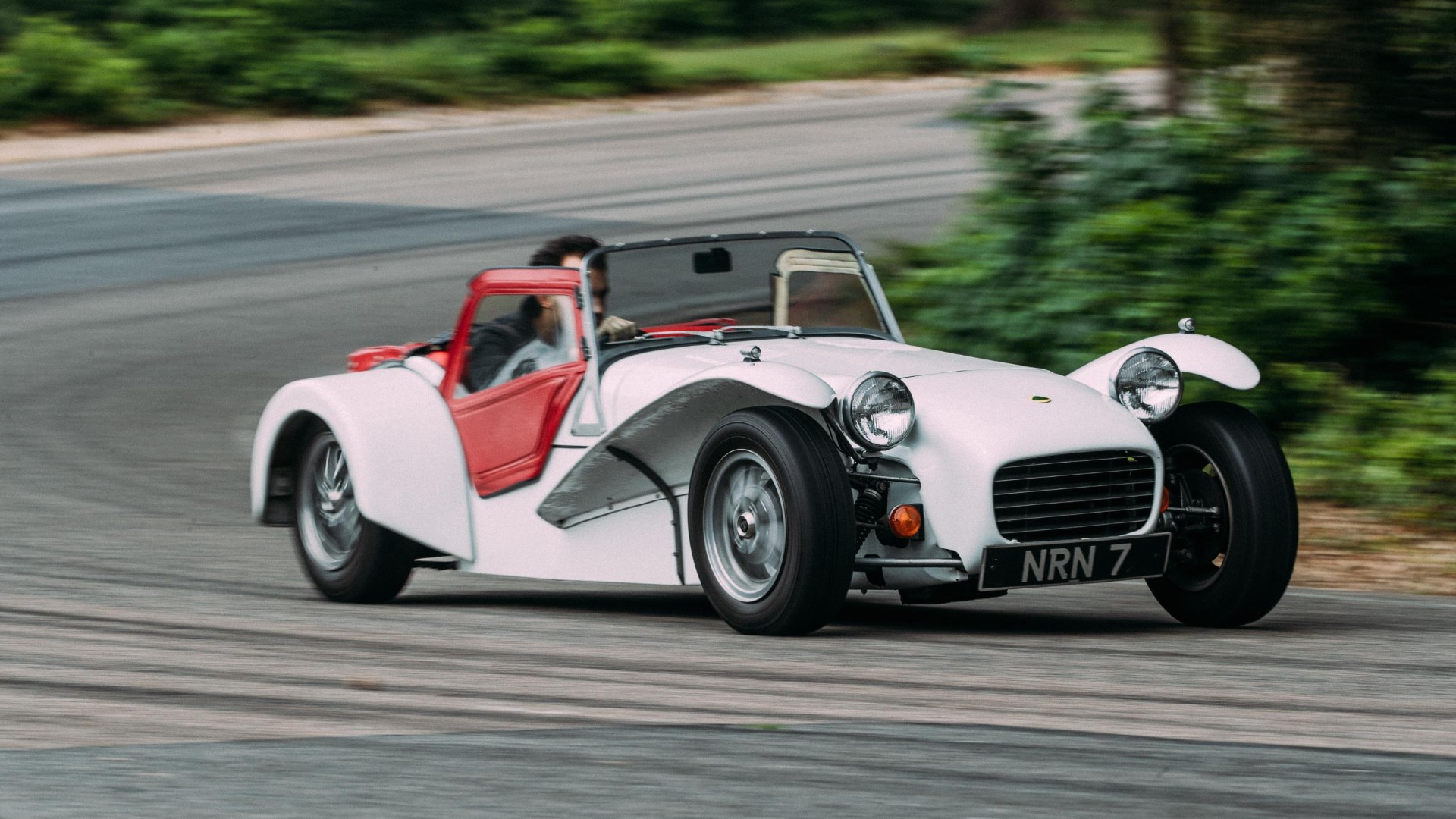 Weighing next to nothing, and with a 125hp Holbay Twin-Cam engine, there was simply nothing like the Seven SS back in 1969. Of course, the Seven still lives on, albeit with a Caterham badge. The basic formula (and it really is basic) has endured. 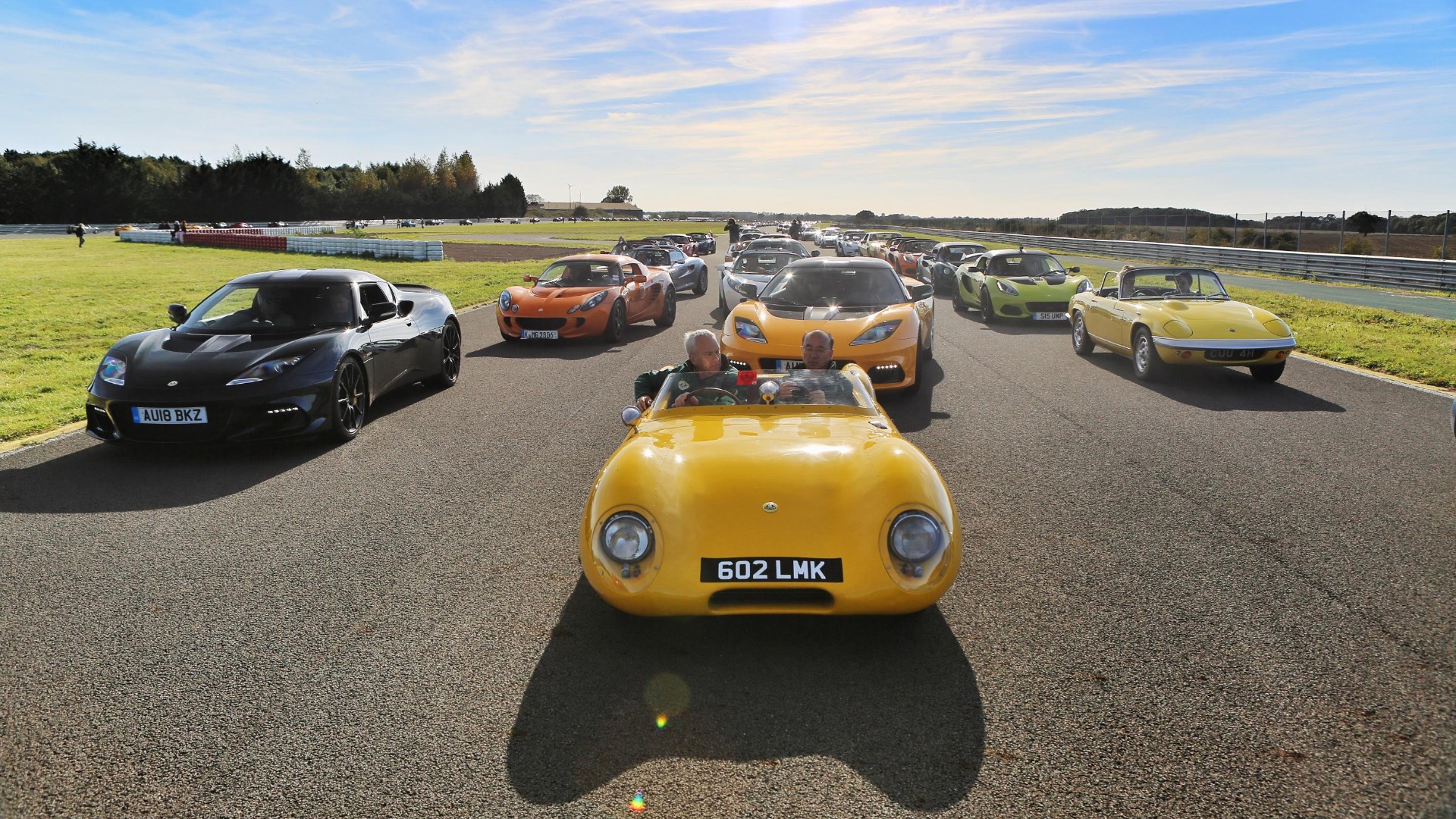 In reality, the Eleven was a racer you could buy in road-going form. The Coventry Climax engine was tiny, but aerodynamics made this Lotus competitive at Le Mans in 1957. 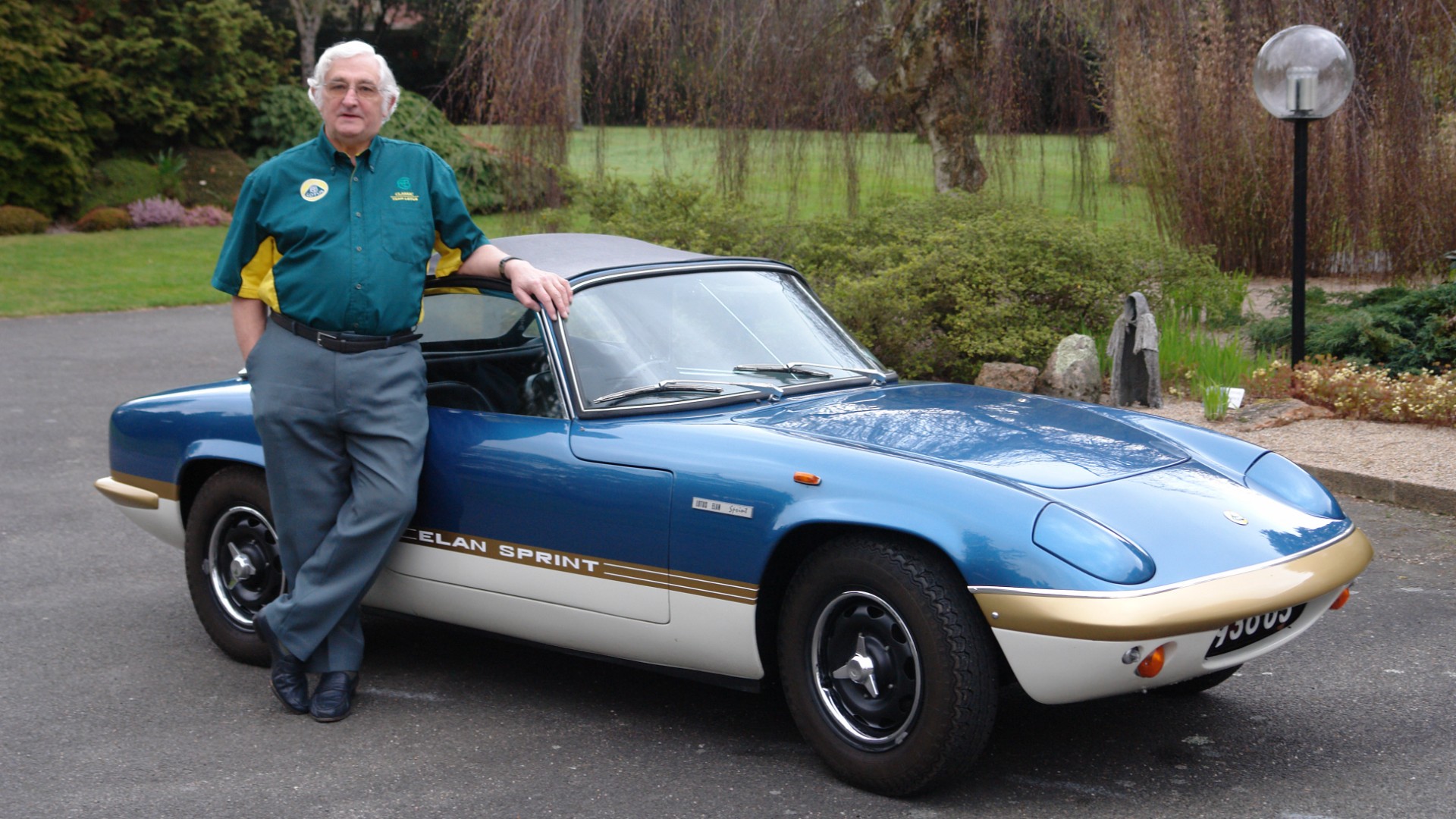 This has to be in the top three of all-time great Lotuses. The original Elan was a masterclass in founder Colin Chapman’s ‘simplify and add lightness’ mantra. In its final 1970s incarnation, the Elan got the famous 126hp Big Valve Twin Cam engine, good for 125mph and 60mph in just 5.9 seconds. 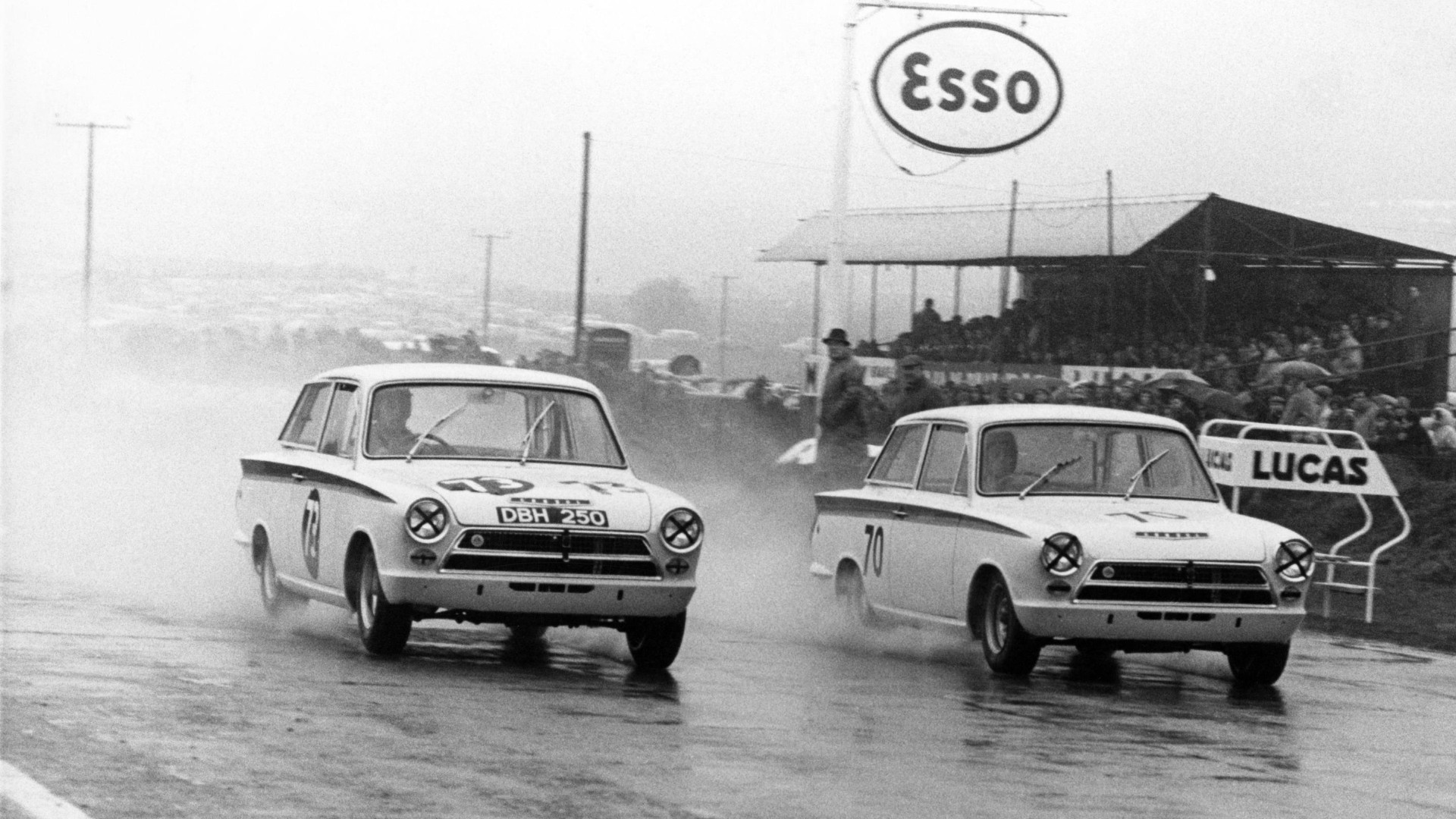 Perhaps the most famous in a long line of cars tuned by the performance fanatics at Lotus. Ford partnered with the Hethel-based marque to prepare its Cortina saloon for track work, leading to famous victories for Jim Clark. However, you could have as much fun on the public road in the 1960s. These screaming twin-cam precursors to the hot hatchback can be seen driving on their door handles each year at Goodwood Revival. 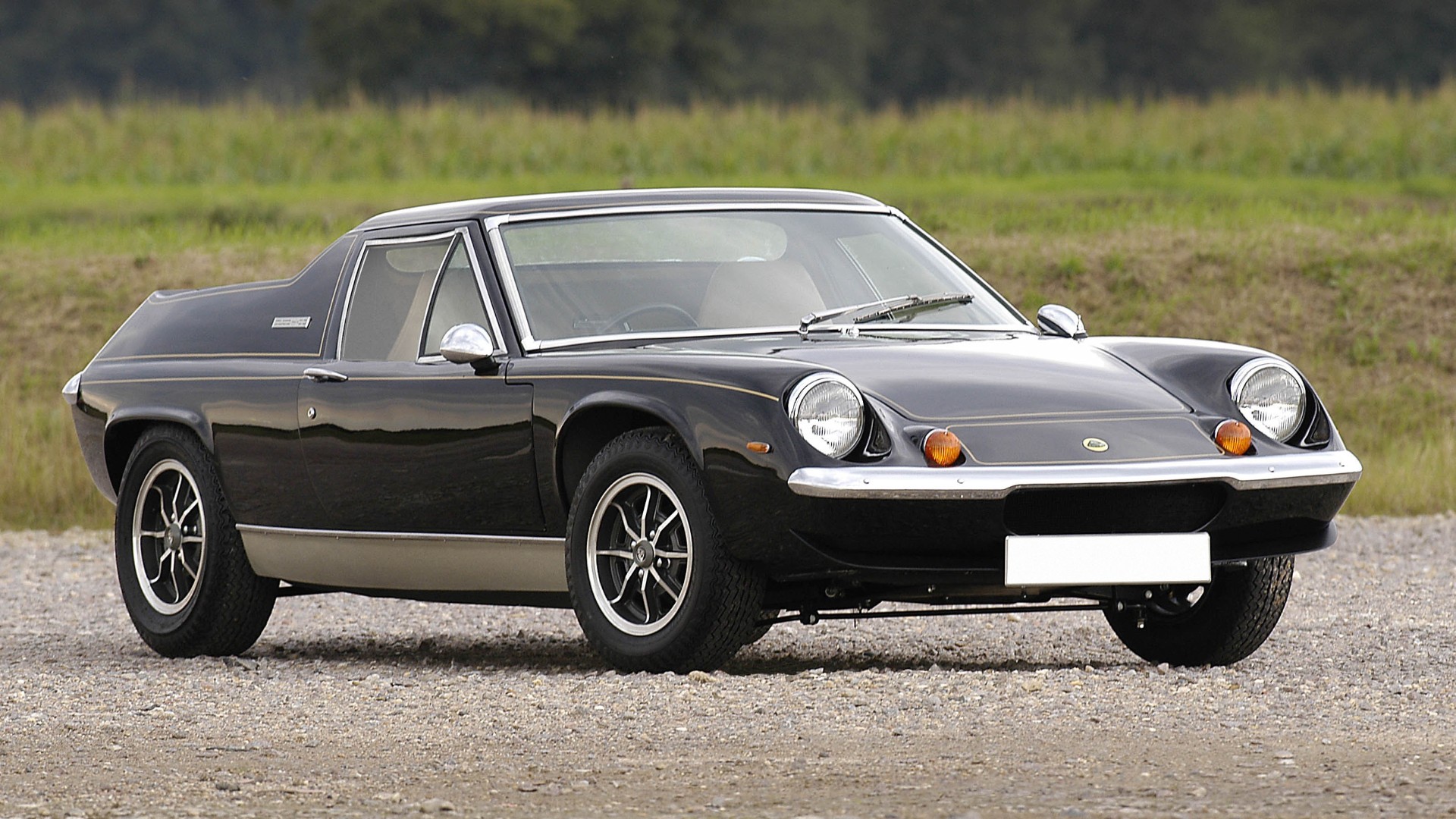 Losing the Renault engine from the Europa was a good move. The Lotus Twin Cam engine brought this little mid-engined sports car to life in 1971. 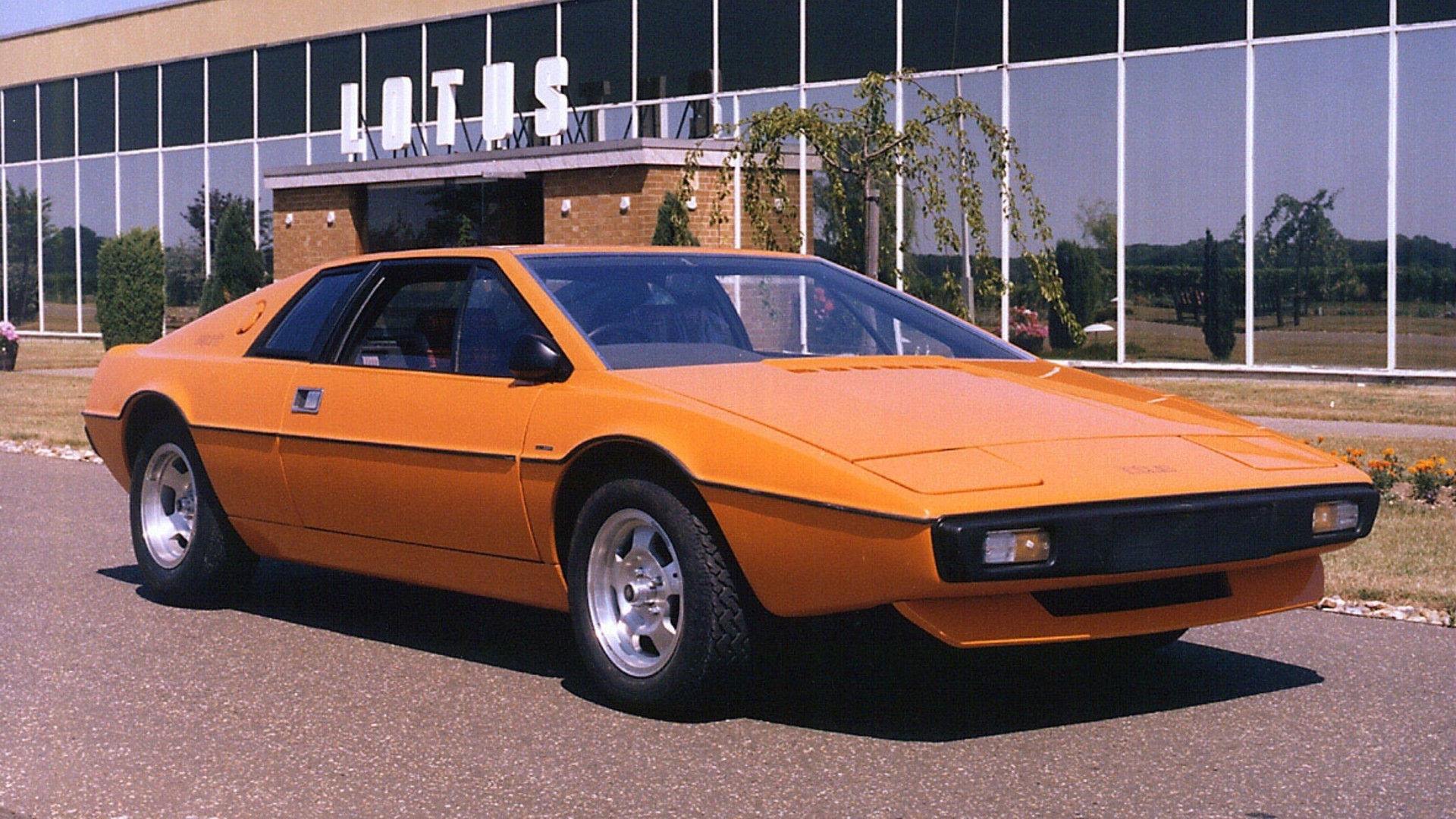 The Esprit really is the iconic Lotus, isn’t it? The original was designed by Giorgetto Giugiaro and looked incredible. With a 210hp turbocharged engine, it could exceed 150mph. Although we wouldn’t recommend it unless your codename is ‘007’. 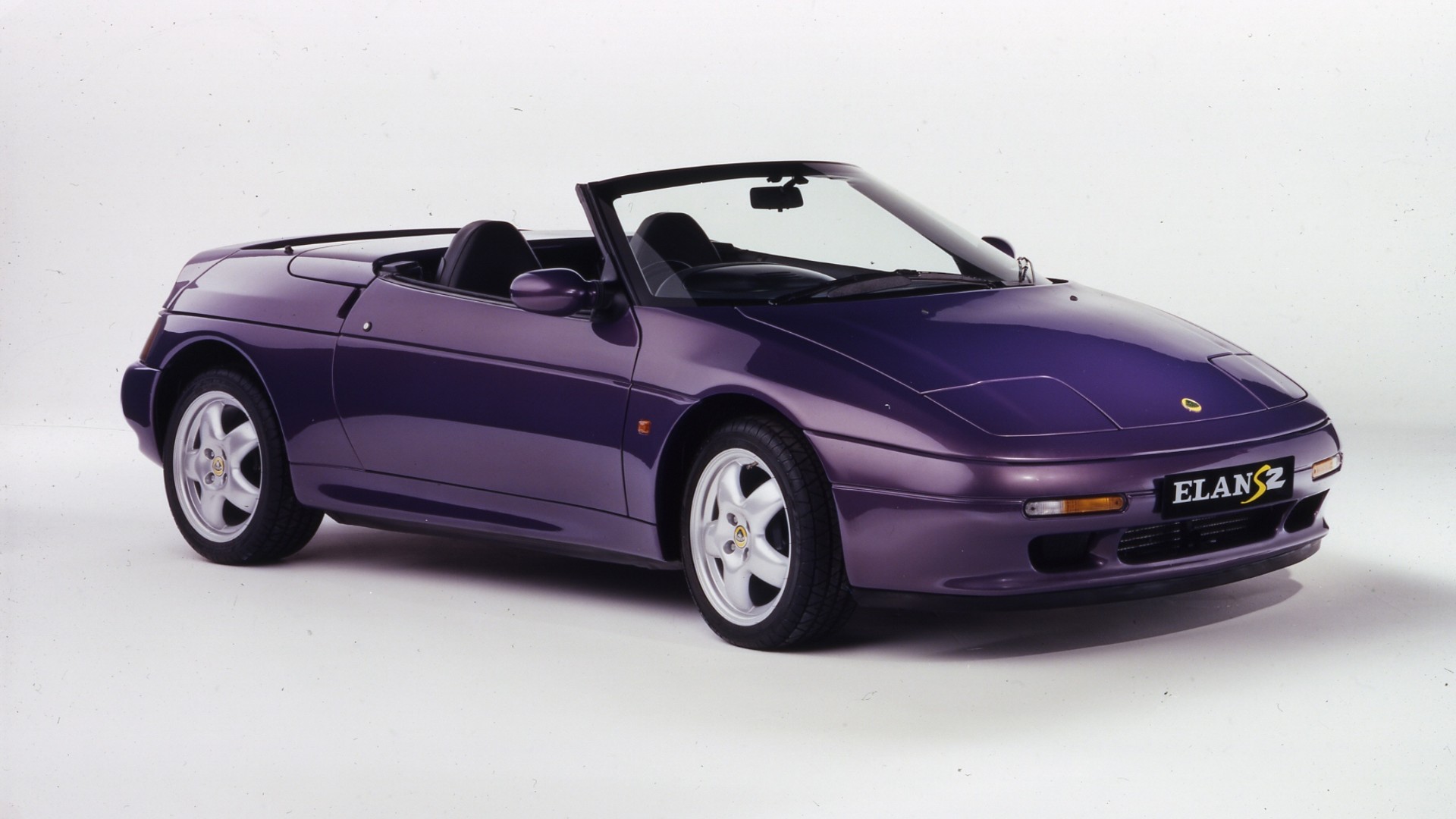 Shock, horror – a front-wheel-drive Lotus! Fear not, it’s still a Lotus. With a 160hp turbocharged Isuzu engine and a brilliant chassis, the Elan 100 served up brilliant fun in 1989. 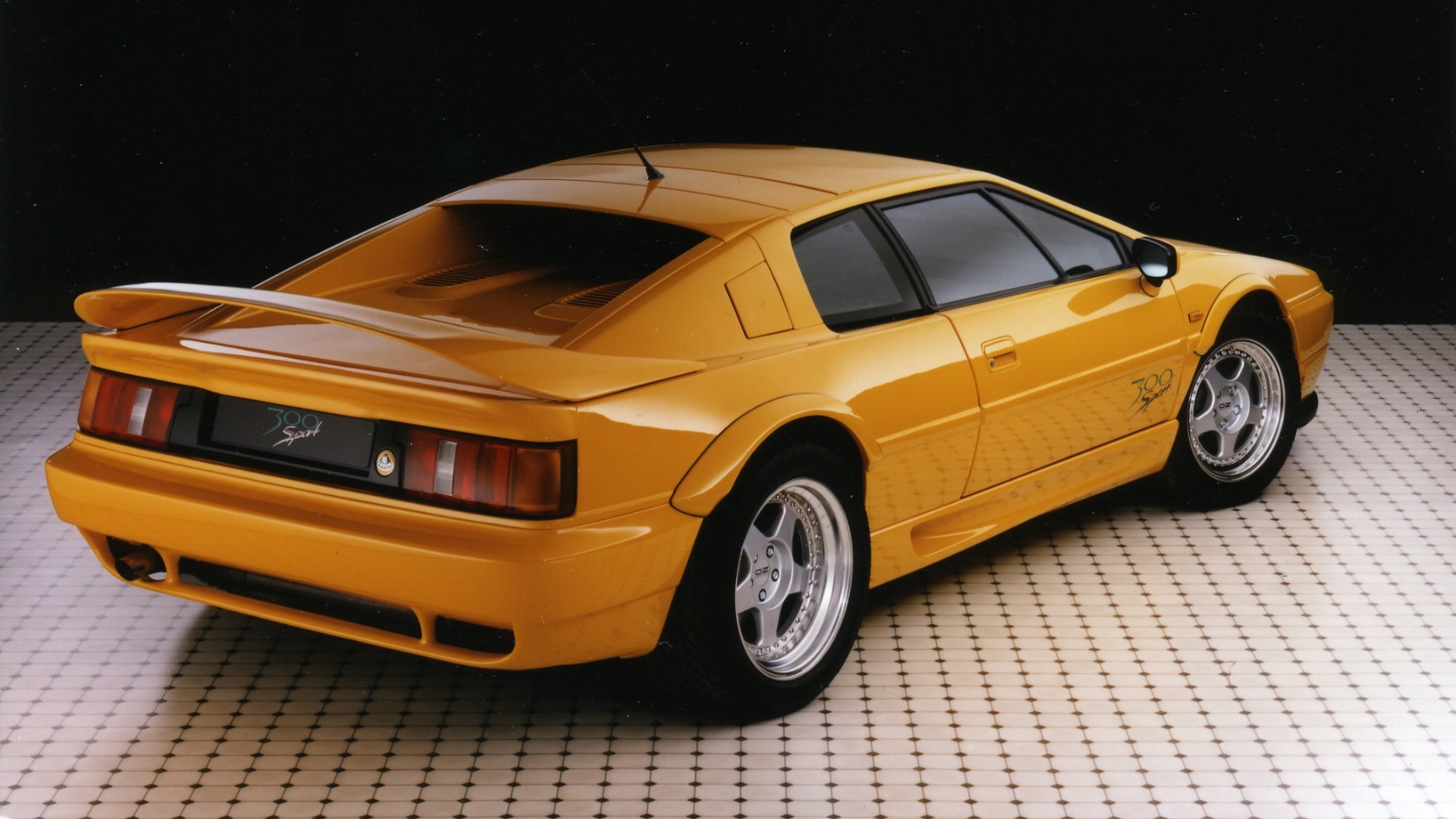 A stylish new body and a twin-turbo V8 made the Esprit even more desirable. Add rarity to that – just 50 were made – and you get perhaps the ultimate incarnation of the Esprit. Pictured is the Sport 300. Just imagine it with a nice big wing… 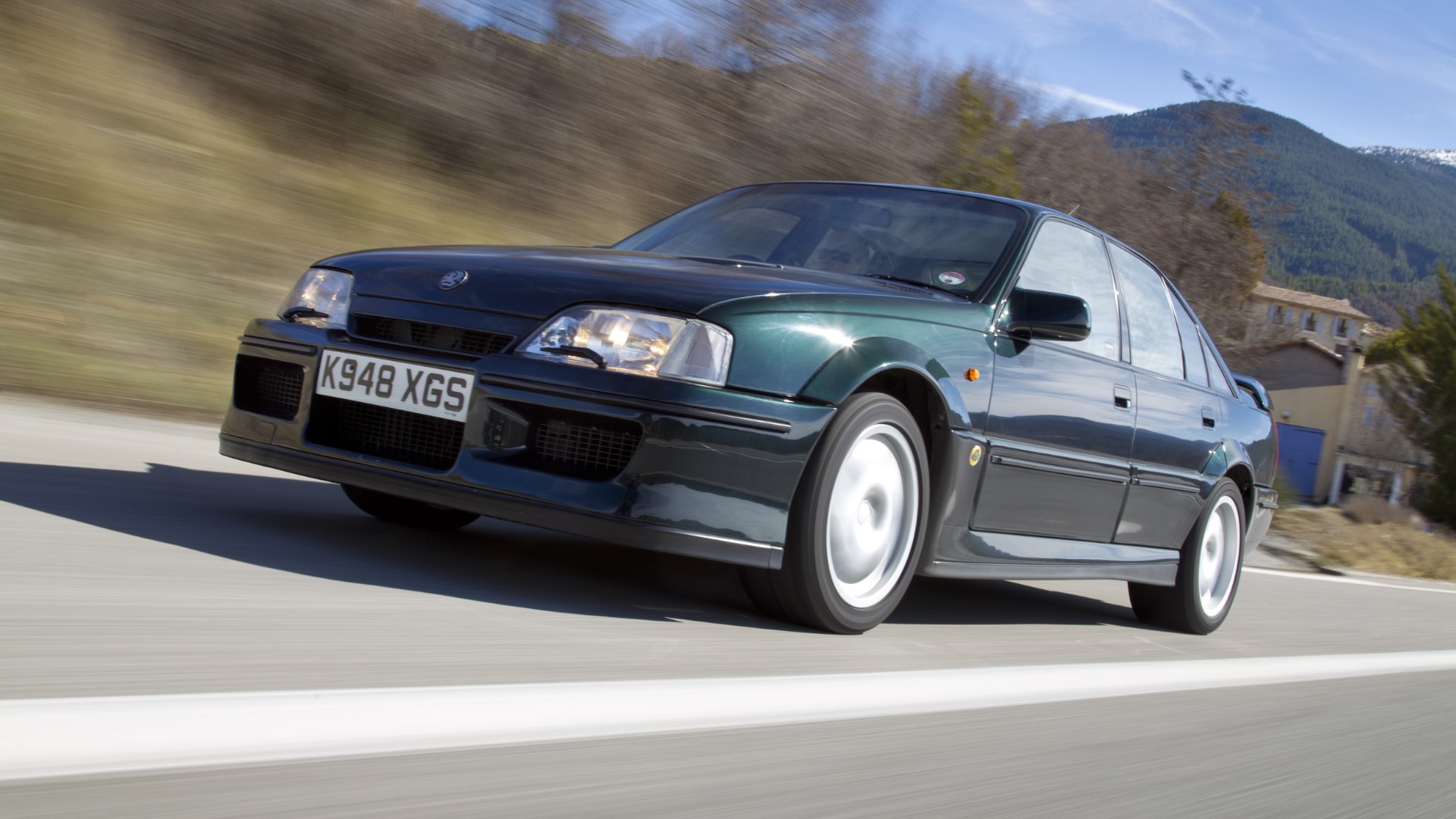 A car that strikes fear into the hearts of supercars. The Carlton saw Lotus take its fettling of previously fusty road cars to a whole new level. With a turbocharged V6 producing 377hp, it could crack 175mph. Sensational stuff in 1990. 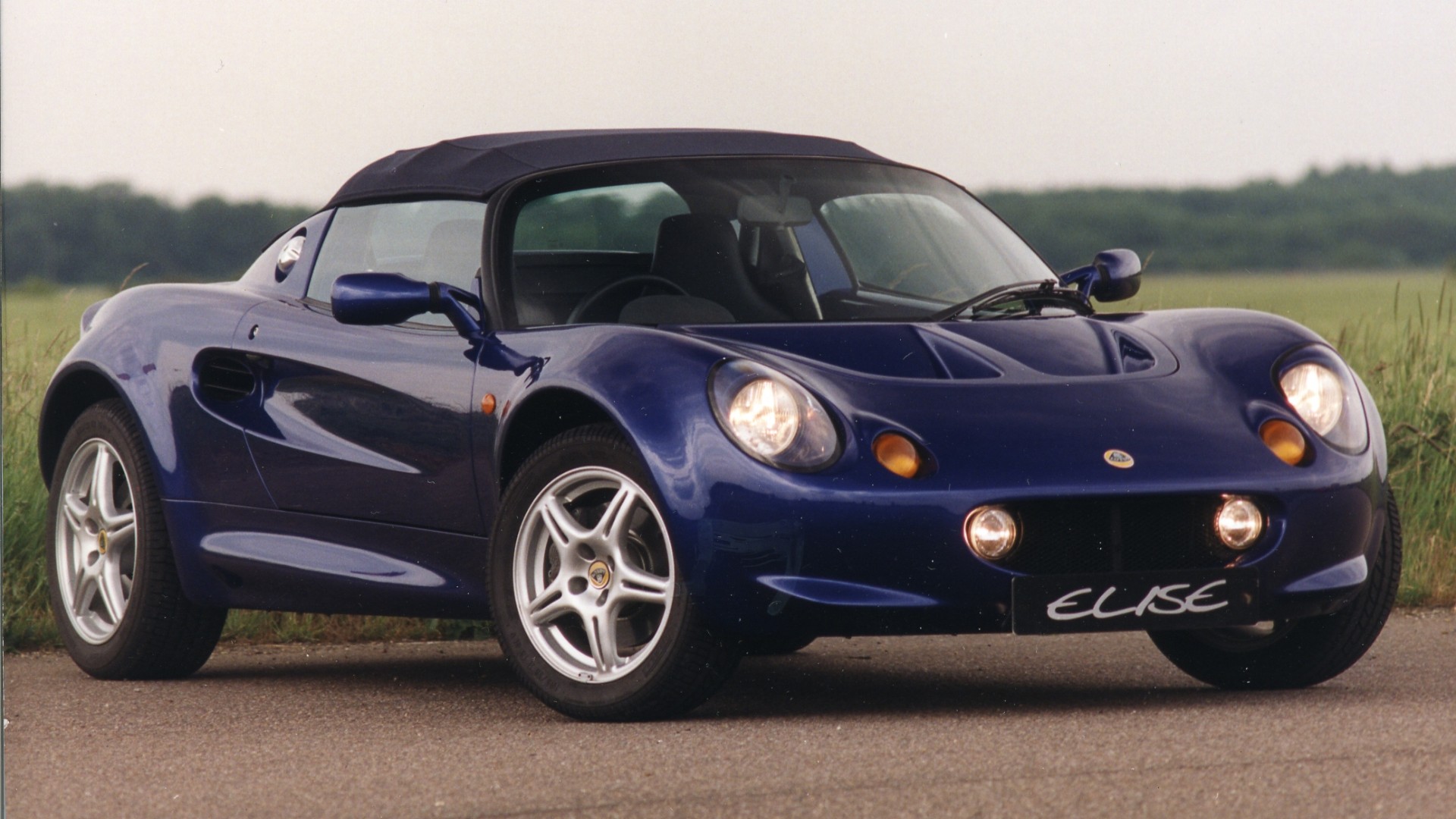 Lotus’s bread and butter for the modern era, that the Evija now continues, the Elise first appeared in 1996. It brilliantly brought the brand back to its lightweight, nimble roots. The 111S version had around 145hp and seemed indecently quick. And it could shame larger, heavier supercars in the twisty stuff. 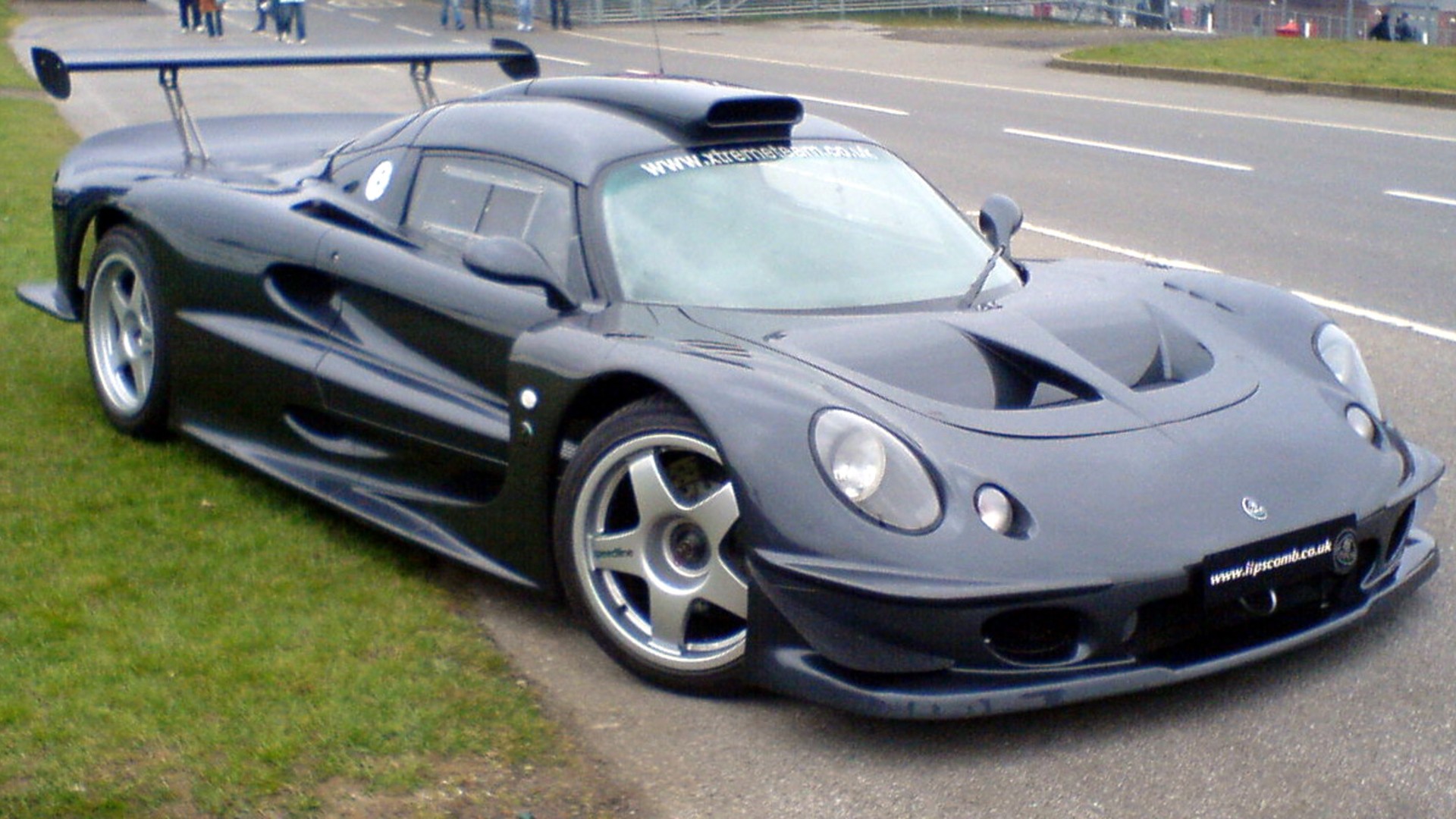 Speaking of supercars, here’s the Elise GT1. With a roaring American-based V8, this car seems almost entirely out of character for Lotus. Alas, the Elise GT1 was an ill-fated crack at the road-based GT1 racing discipline, which saw McLaren and Porsche take Le Mans victories. Just one road car was homologated. 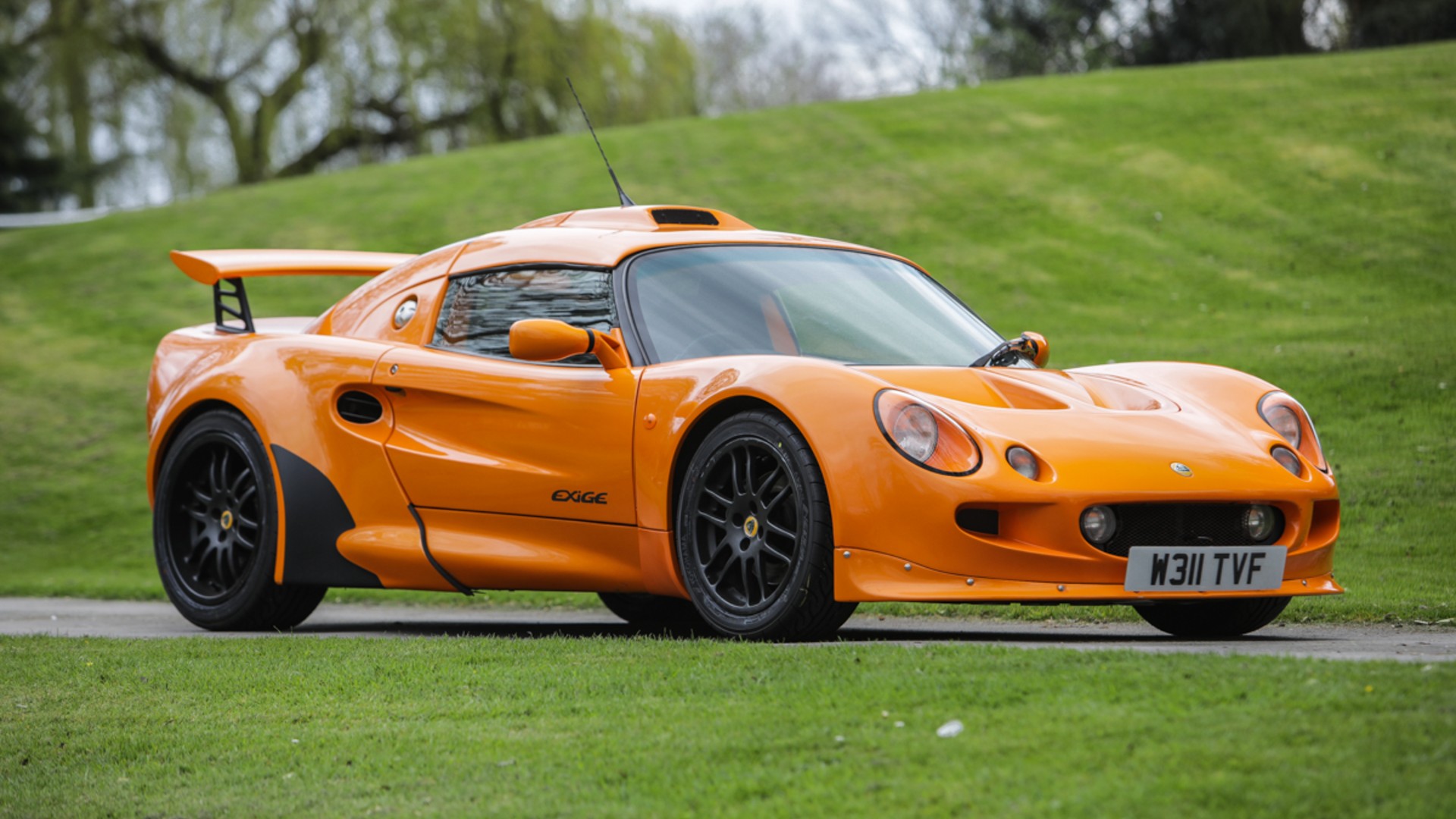 The last Elise S1-based entry, we promise. The S1 Exige deserves its spot given this hardcore, hard-topped, wing-wearing beast is revered by many as perhaps the greatest modern Lotus. High praise. 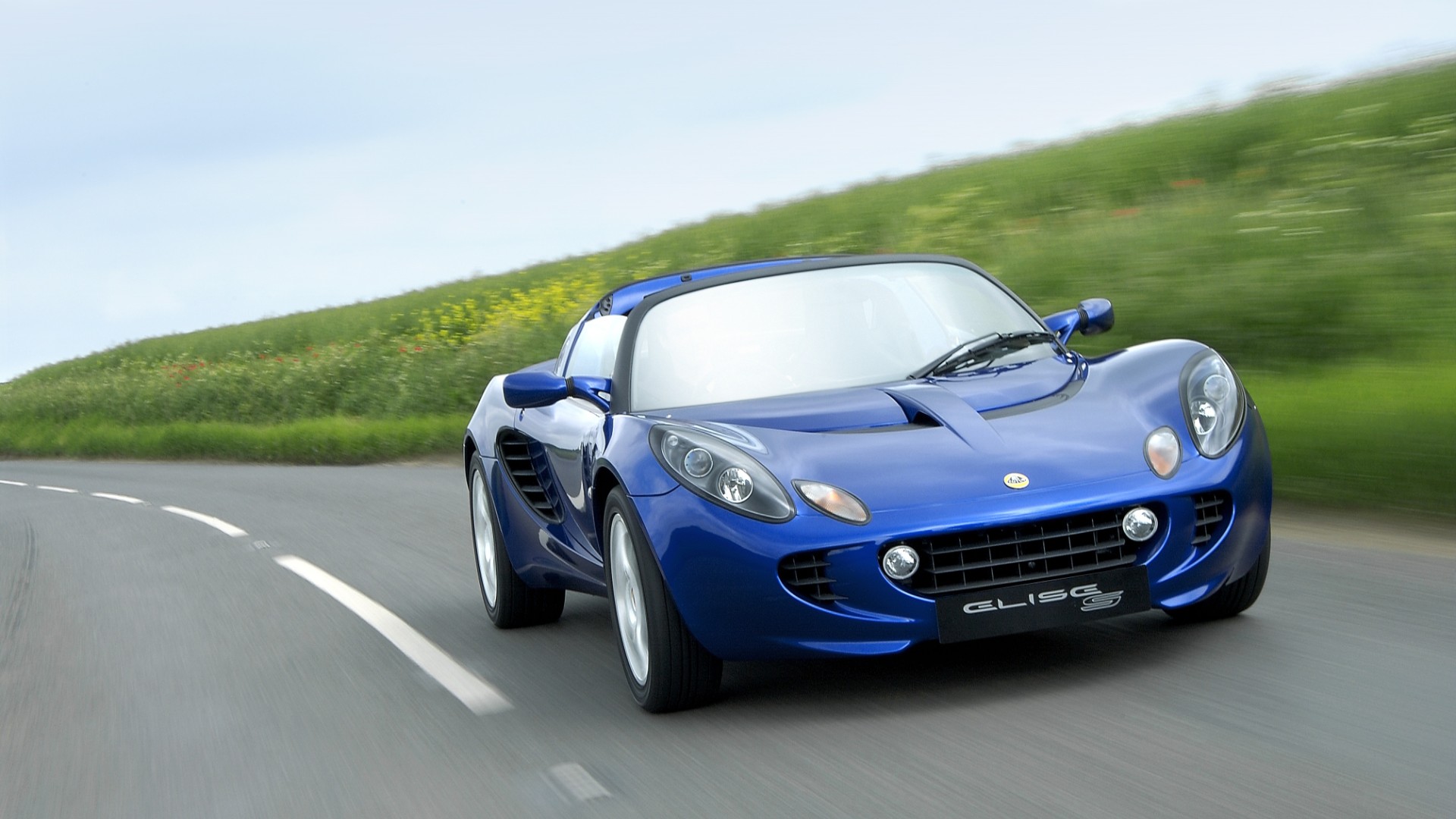 The restyled Elise swapped the Rover K-series engine for Toyota twin-cam units. Less characterful? Perhaps, but certainly more capable. The pinnacle was the supercharged 220hp Elise SC, which could get to 60mph in 4.3 seconds. 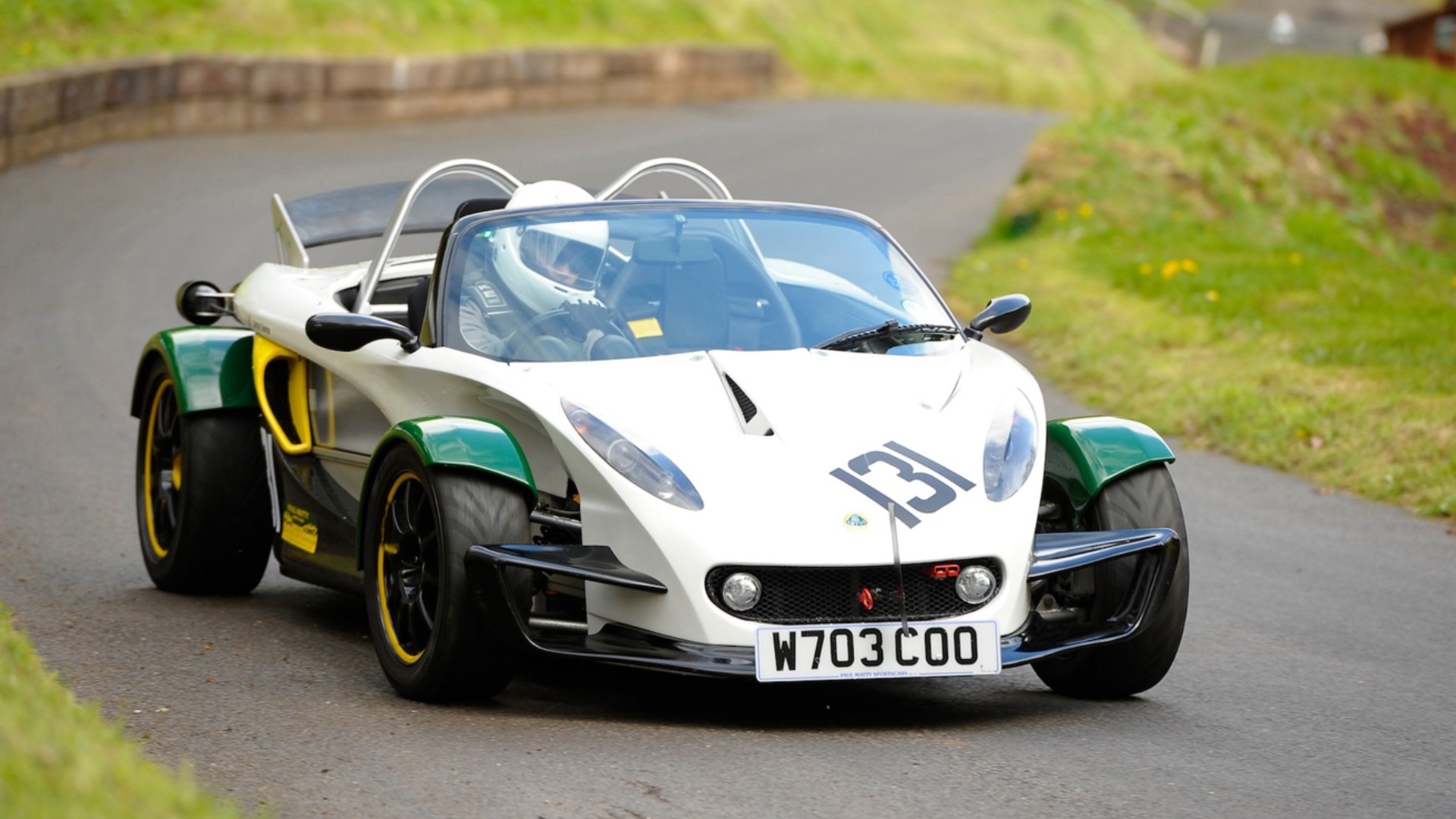 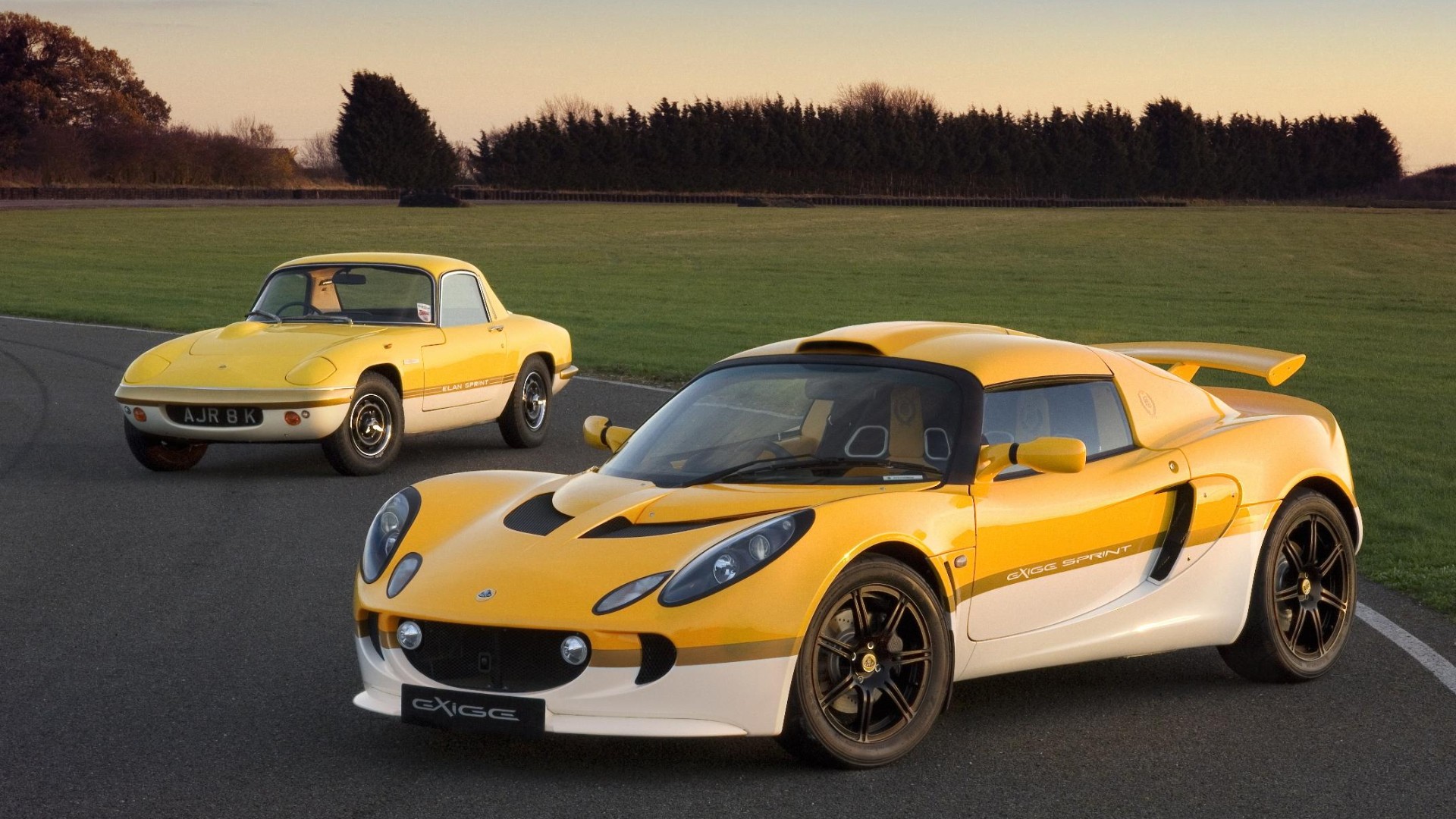 The second Exige to be made and last of the naturally-aspirated versions. This is a car that needs to be celebrated, as it takes the revvy Toyota engine up to 190hp. Clarkson fought off an Apache helicopter gunship using one on Top Gear in 2004. 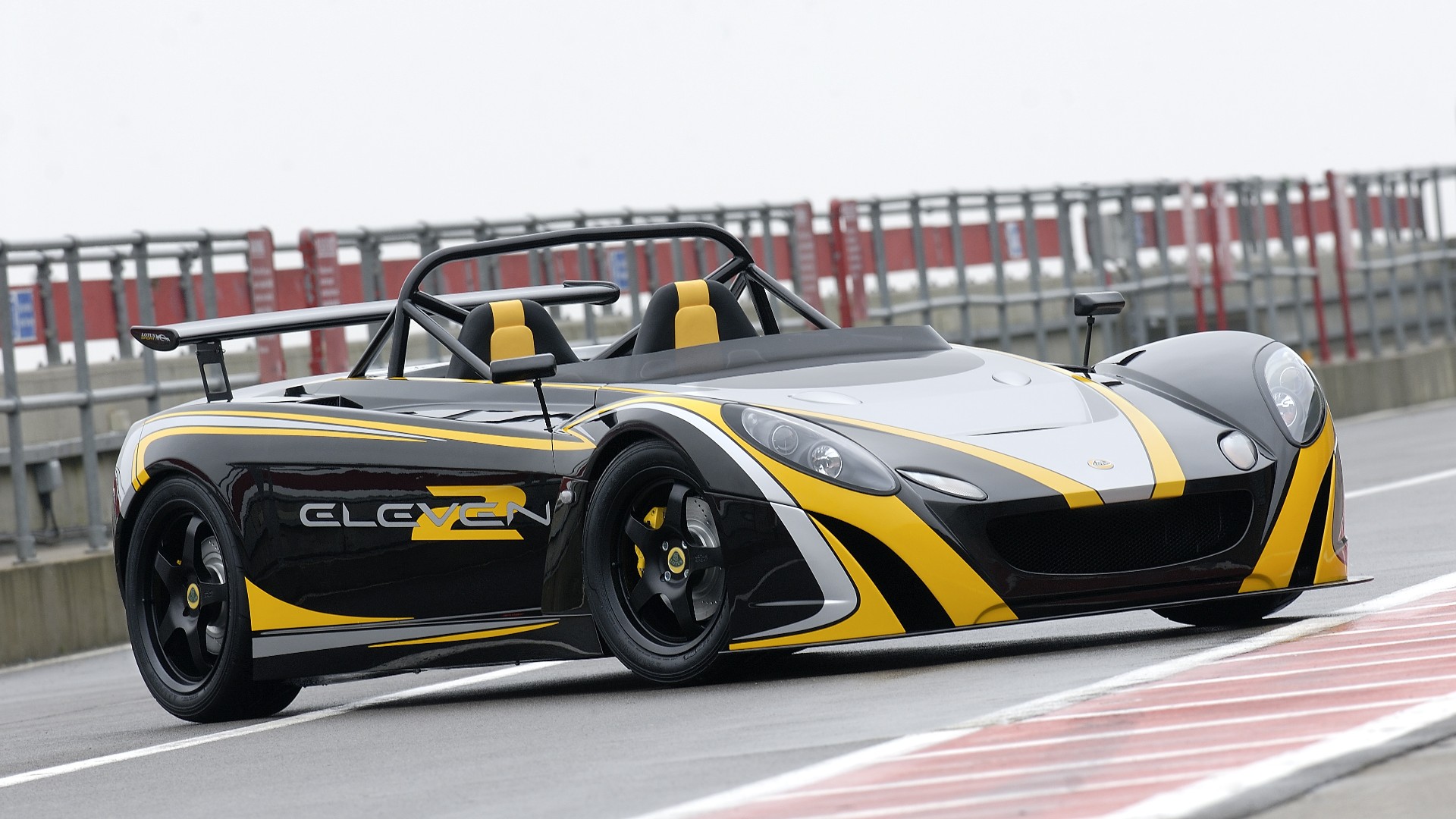 Invoking the spirit of the 340R, the 2-Eleven is a cannibalised Exige with a 250hp supercharged Toyota engine. Weighing just 670kg, the 2-Eleven was quick: 0-60 in under four seconds with a 150mph top speed. Road-legality was a £1,100 option. 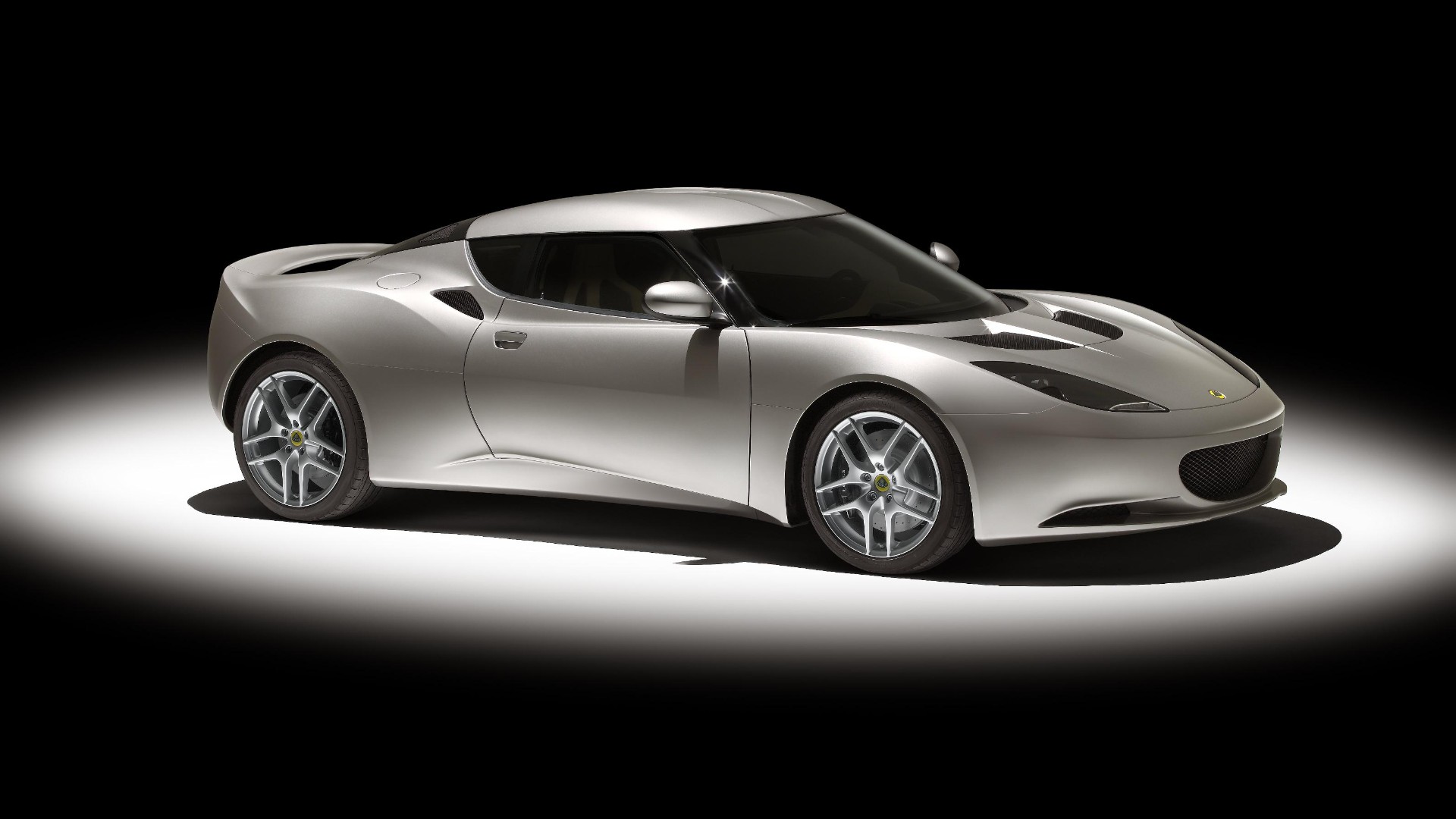 First it was rumoured to be the new Esprit, then the ‘Eagle’ prototype name started floating around. When the Evora was revealed in 2009, it was praised, but wasn’t quite the Lotus rebirth some had been hoping for. Still, we’ve no arguments against a sporty, mid-engined, semi-luxurious two-plus-two with a 280hp six-cylinder heart. 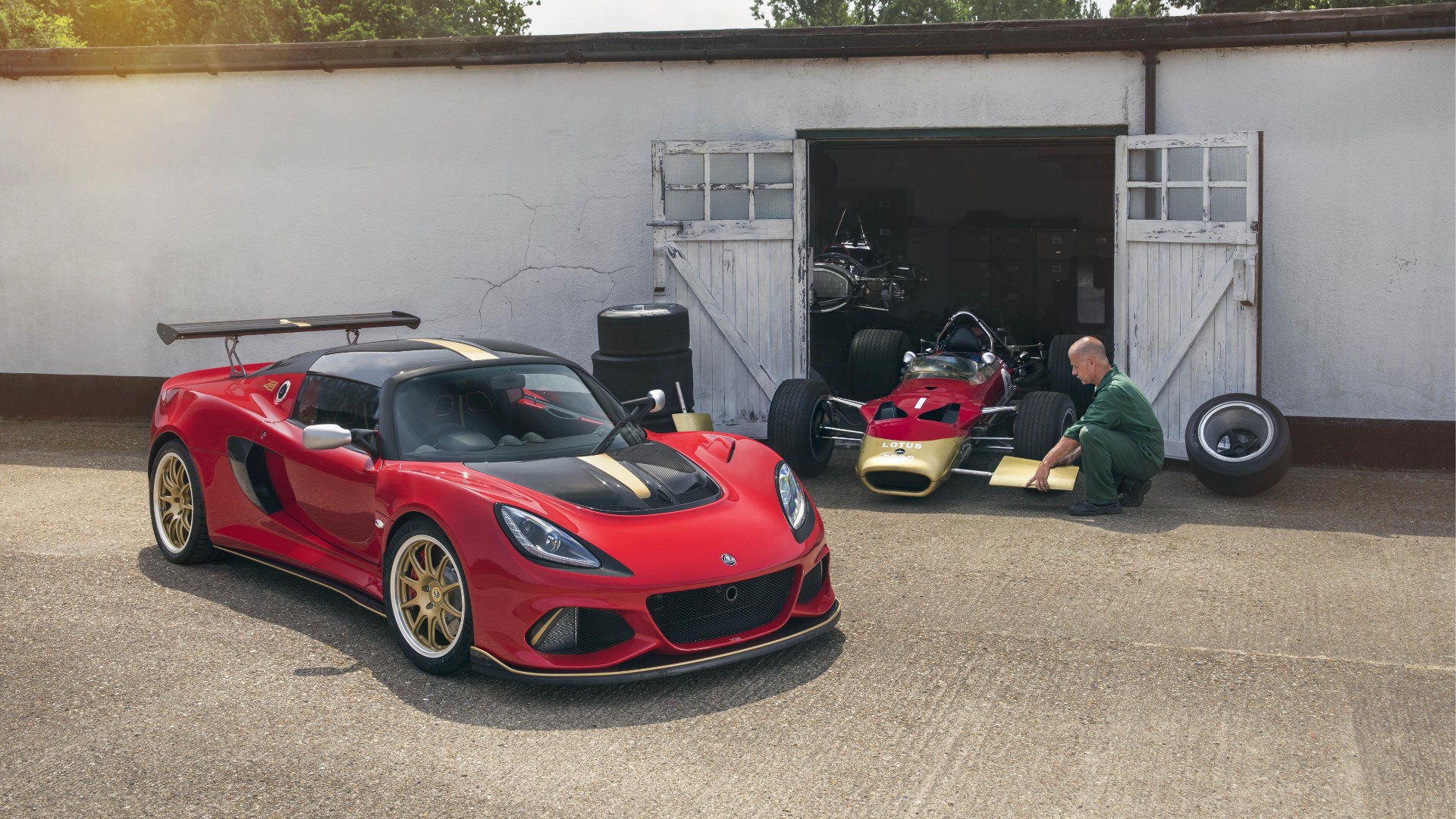 That same six-cylinder engine made its way into the S3 Exige, packing 345hp courtesy of a supercharger. In present 430 form it has – you guessed it – 430hp. That’s more than twice the power of the S2. These new generation Exiges have sufficient power and poise to keep a Porsche 911 GT3 honest. 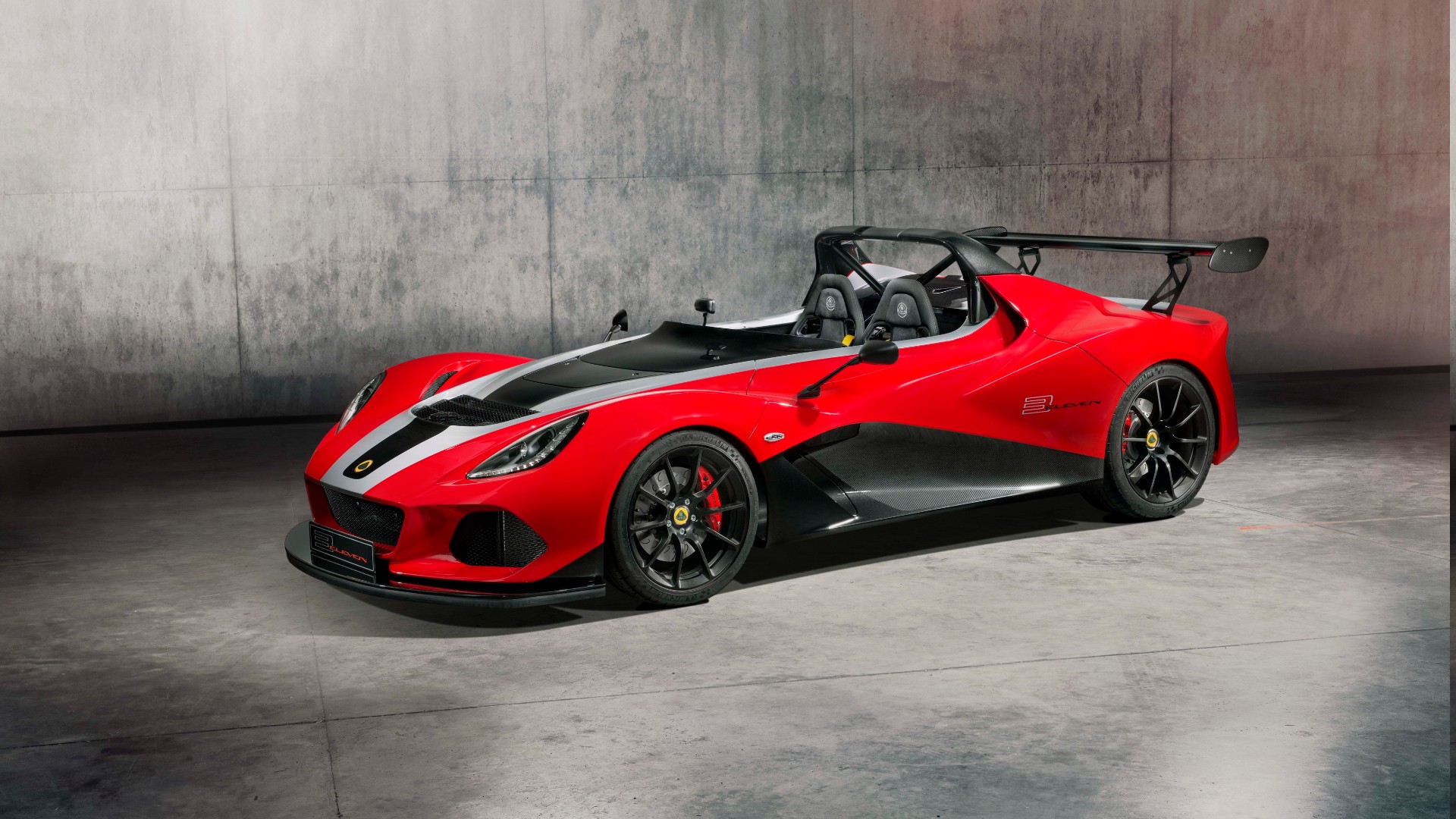 The 3-Eleven was the quickest production Lotus road car ever when it was revealed in 2016. With a 450hp supercharged V6, it could top 180mph and crack 60mph in 3 seconds on the nose. 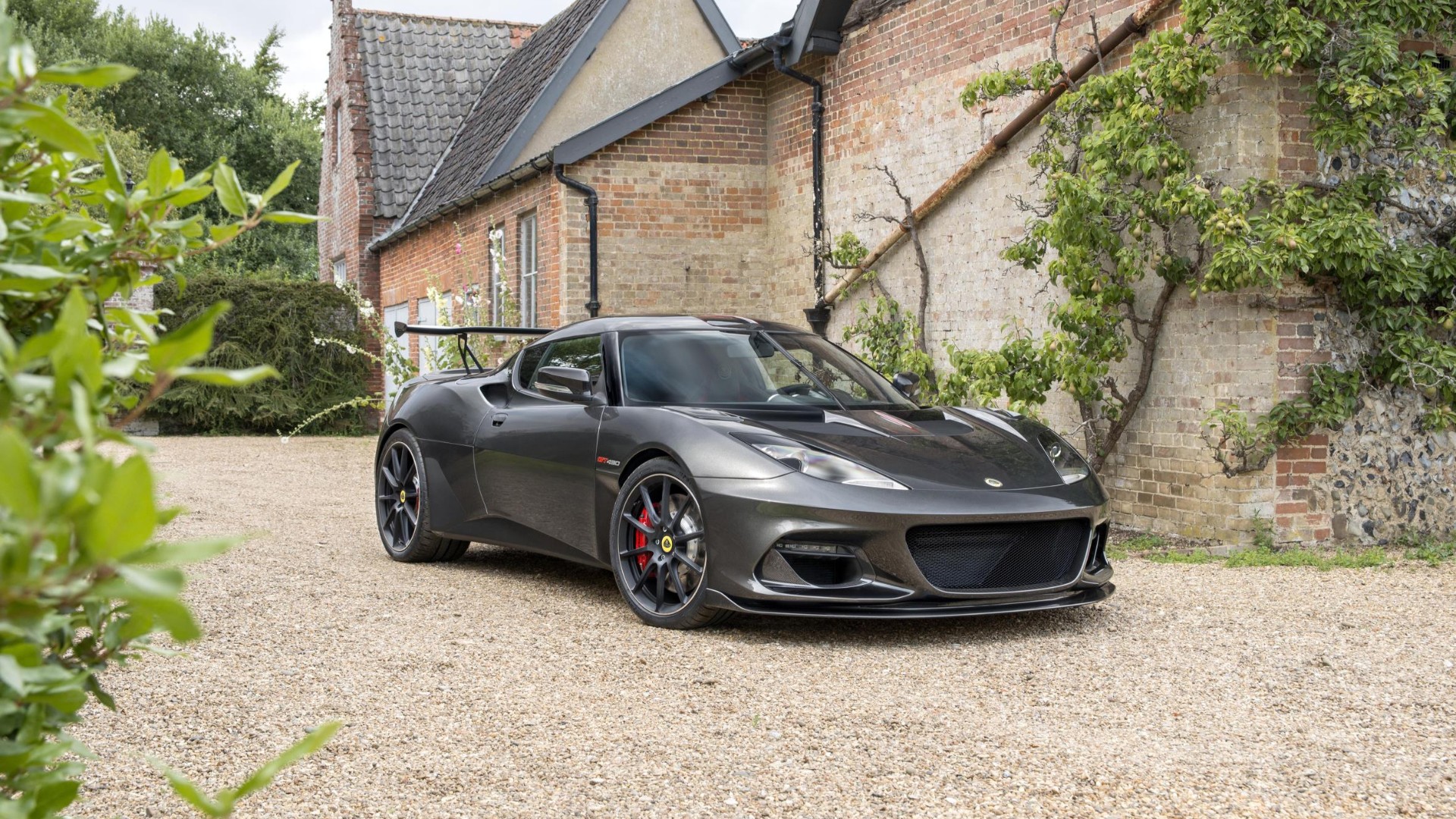 It didn’t take long for Lotus to supercharge the Evora. First reaching 350hp, then leaping up to 400, 410 and 430hp. With carbon fibre aero addenda and a circa-£100,000 price tag, the Evora has almost achieved supercar status. 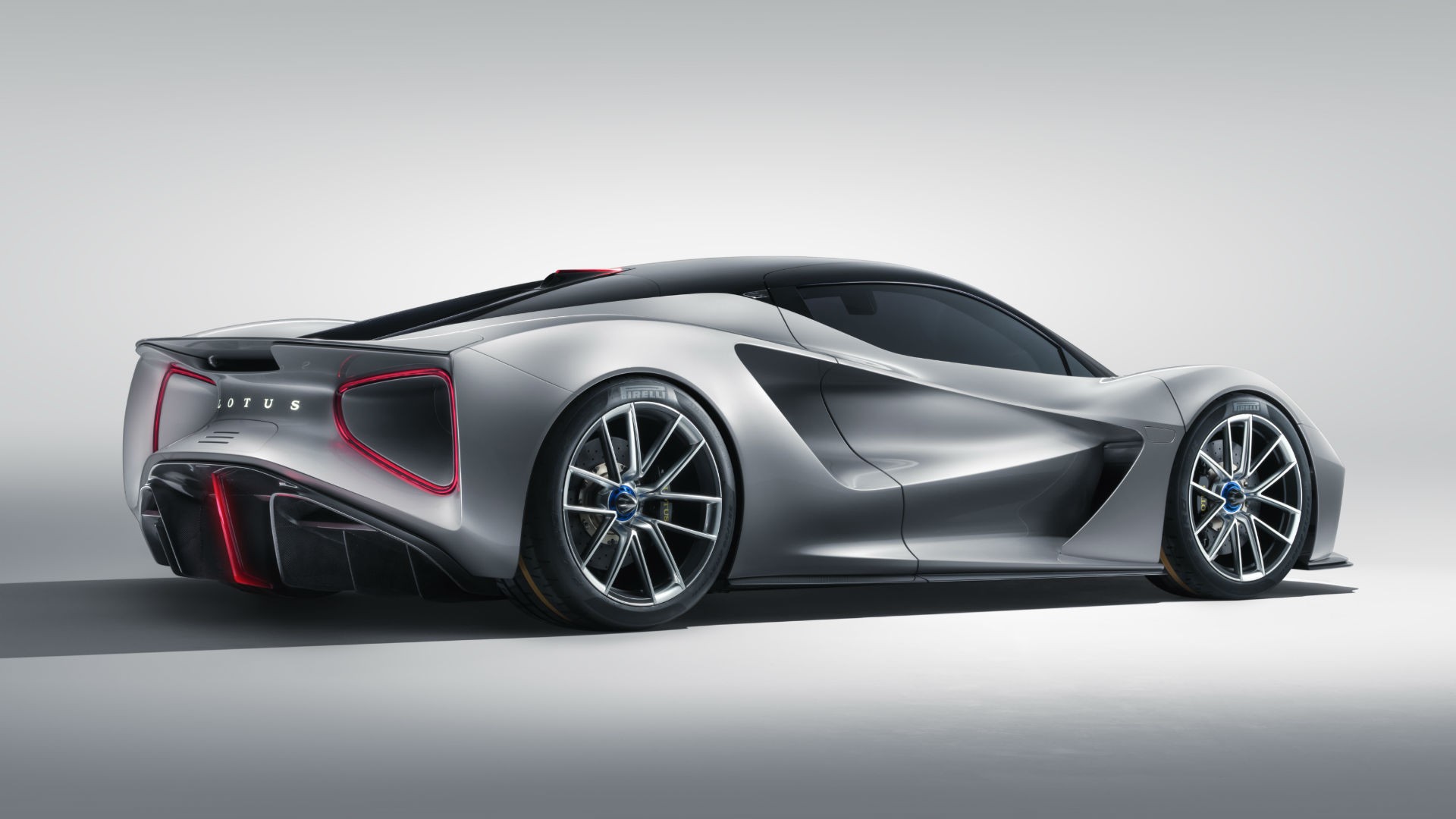 The Evija, meanwhile, leaps straight into the realm of the hypercar. Pronounced ‘Ev-eye-a’, this all-electric machine is a halo model, courtesy of a much-needed cash injection from new Lotus custodians Geely. 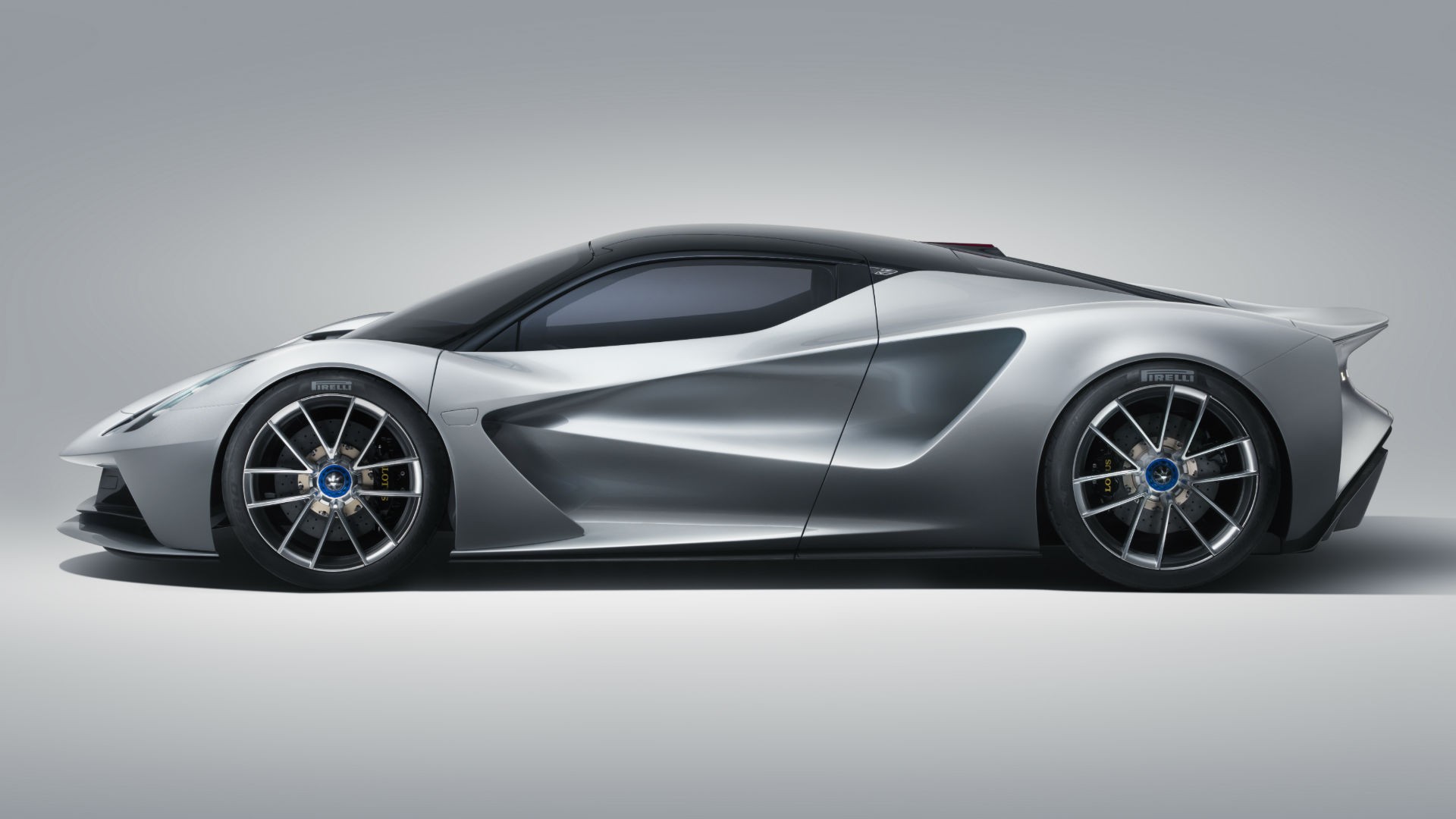 Yes, it’s fully electric: gone are the cylinders, gone are the superchargers (please, no Tesla jokes). This is a hypercar with no exhaust that you plug in at home. It’s a breathtaking vision of the future. 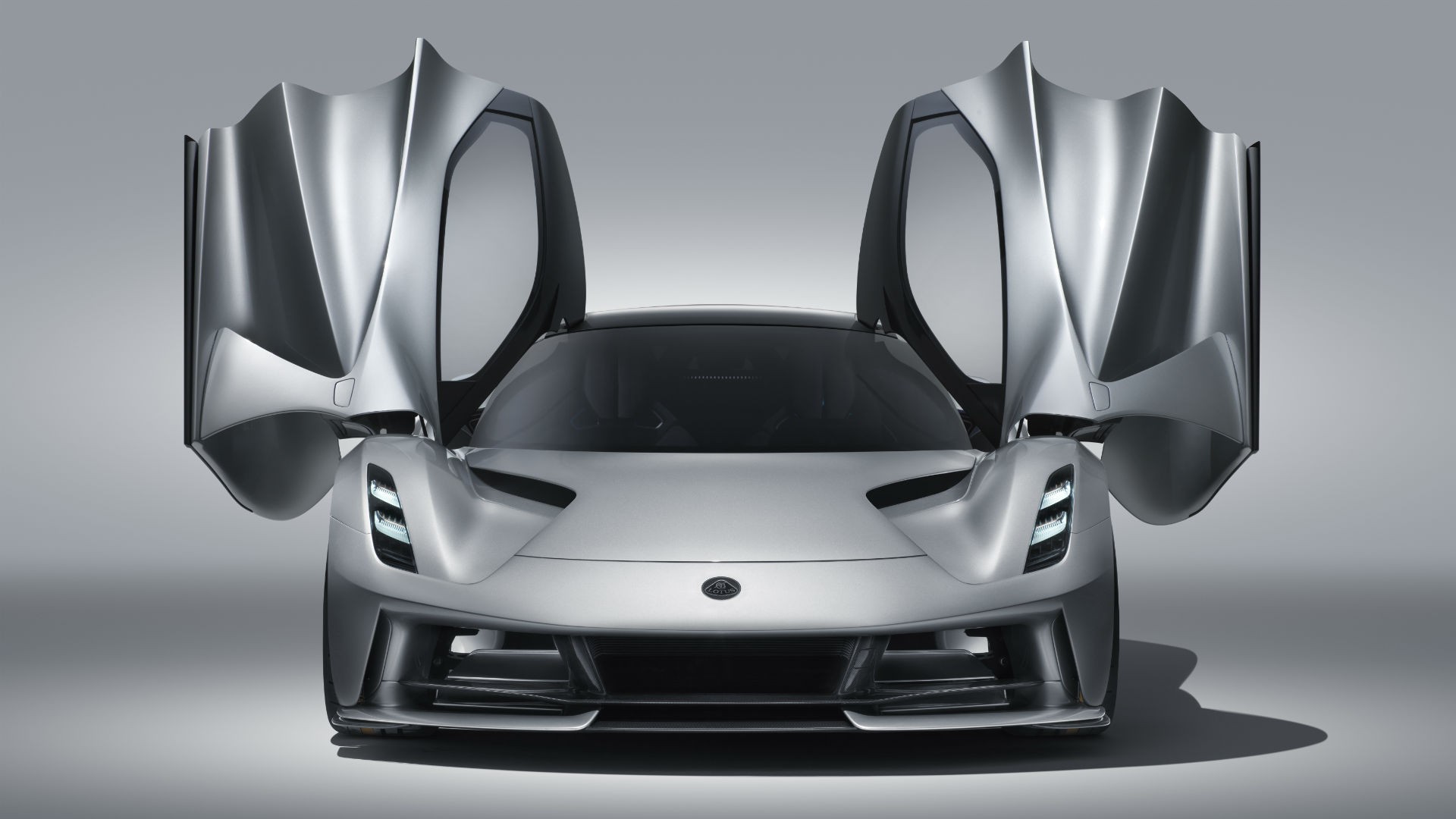 With development know-how from Williams and fellow Geely brand Polestar, the Evija is the first of a new generation of Lotuses. Just 130 will be made, as referenced by the car’s ‘Type 130’ codename. Expect a price well over £1 million. We’ve come a long way from that old Seven SS…