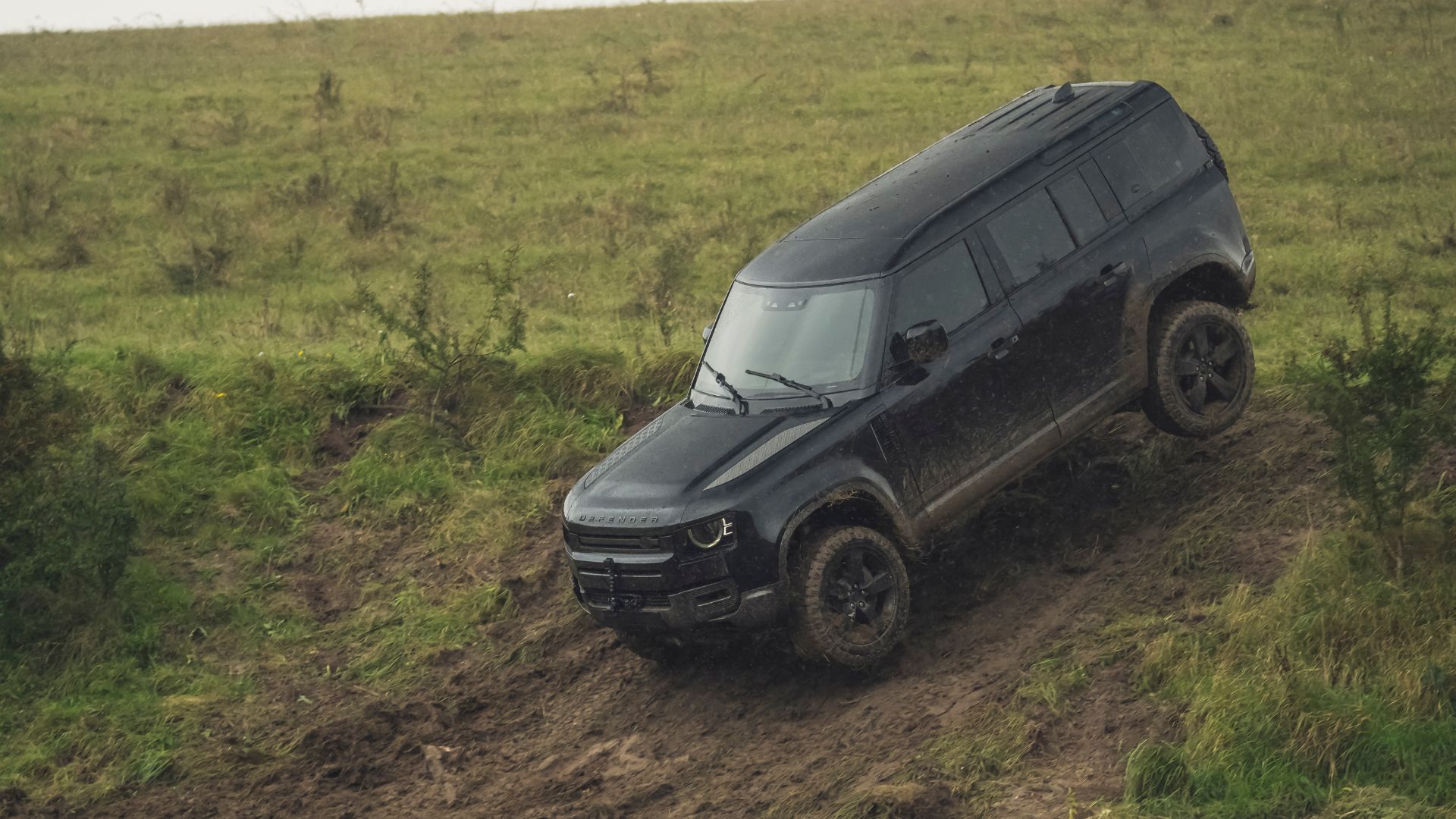 The new Land Rover Defender will star alongside Daniel Craig in No Time To Die – the latest James Bond blockbuster, coming soon. It will join its great-grandfather, a Land Rover Series III, on the big screen, along with a Range Rover Classic and Range Rover Sport SVR.

Land Rover has released a behind-the-scenes video showing how the Defender took on gruelling tests during the filming of No Time To Die.

“Designing and co-ordinating the action sequences for the Bond franchise requires a non-compromising mindset,” said Lee Morrison, stunt co-ordinator on the film.

“We needed an unstoppable vehicle to help us battle against the elements, steep descents and river crossings, so we chose the new Defender. I’m beyond impressed that the Defender is not only back, but much, much better!”

The Defender 110s, finished in Santorini Black with darkened skid pans, 20-inch black wheels and off-road tyres, were the first to roll out of the new production facility in Nitra, Slovakia.

Daniel Craig’s Bond has some history with Land Rover. The marque previously prepared the Defender SVX and Range Rover Sport SVR for Spectre. Craig also posed as a valet to hijack a Range Rover in Casino Royale.

We look forward to our first taste of the new Defender soon, but we’ve already sampled some of its highly esteemed ancestors. It’s fair to say they left us shaken and stirred. 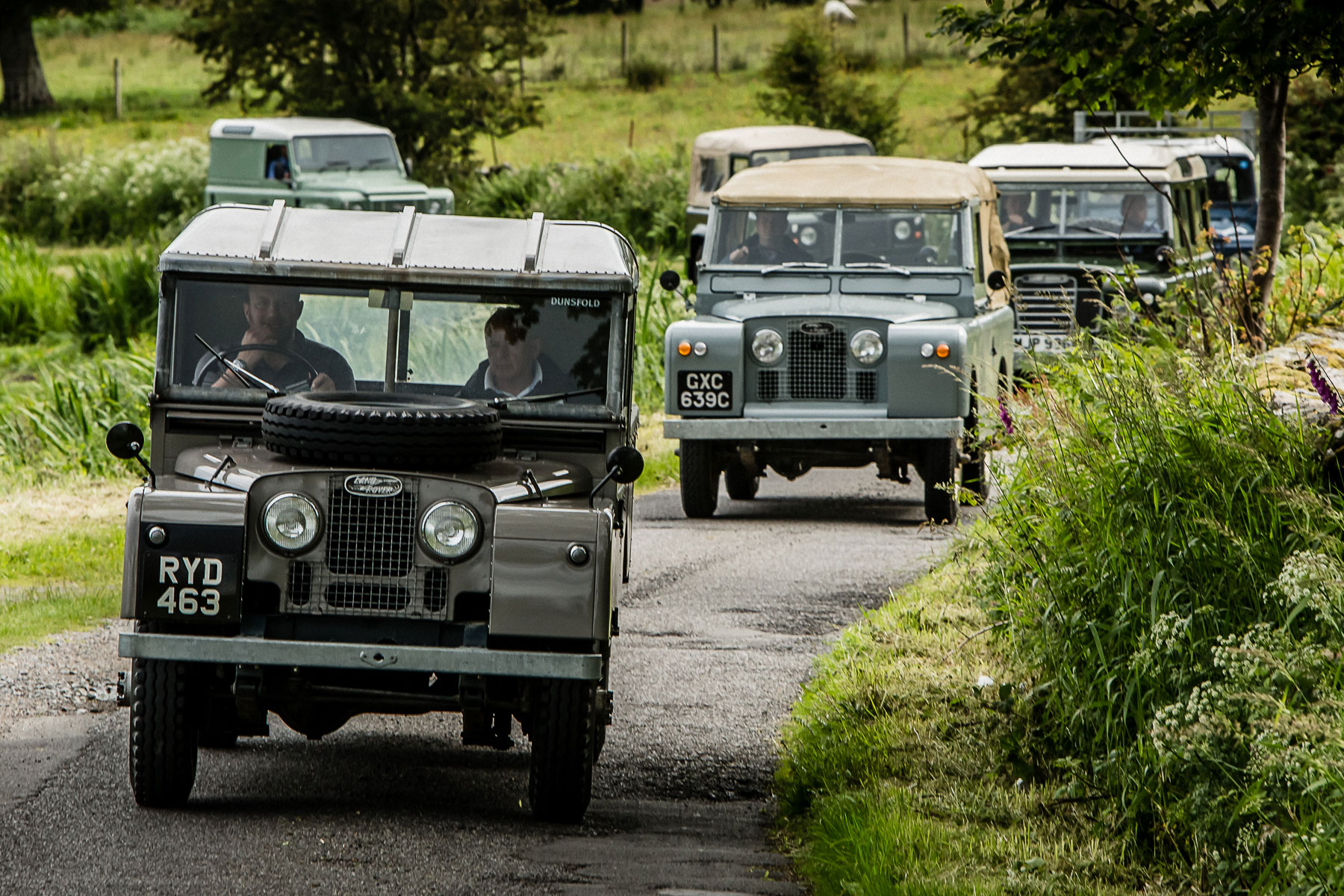 The Isle of Islay, just off the west coast of Scotland, is home to around 3,000 inhabitants. Accessible from the mainland only by ferry or air, it’s an isolated place. Mobile phone signal is barely existent – and if you can get it, your operator will assume you’re abroad and charge you exorbitant rates.

It’s no surprise, then, that Rover managing director Spencer Wilks and his chief engineer brother Maurice liked to escape the West Midlands in favour of their family retreat on the island. Not that getting a mobile phone signal was a concern more than 60 years ago.

Although the Isle of Anglesey in North Wales is often considered the birthplace of the Land Rover (it’s where Maurice drew an initial sketch of the car into the sand), Islay is where it really developed as an idea.

So, we headed out to Islay to discover the island that inspired an iconic vehicle – and drive a line-up of the Defender’s predecessors. 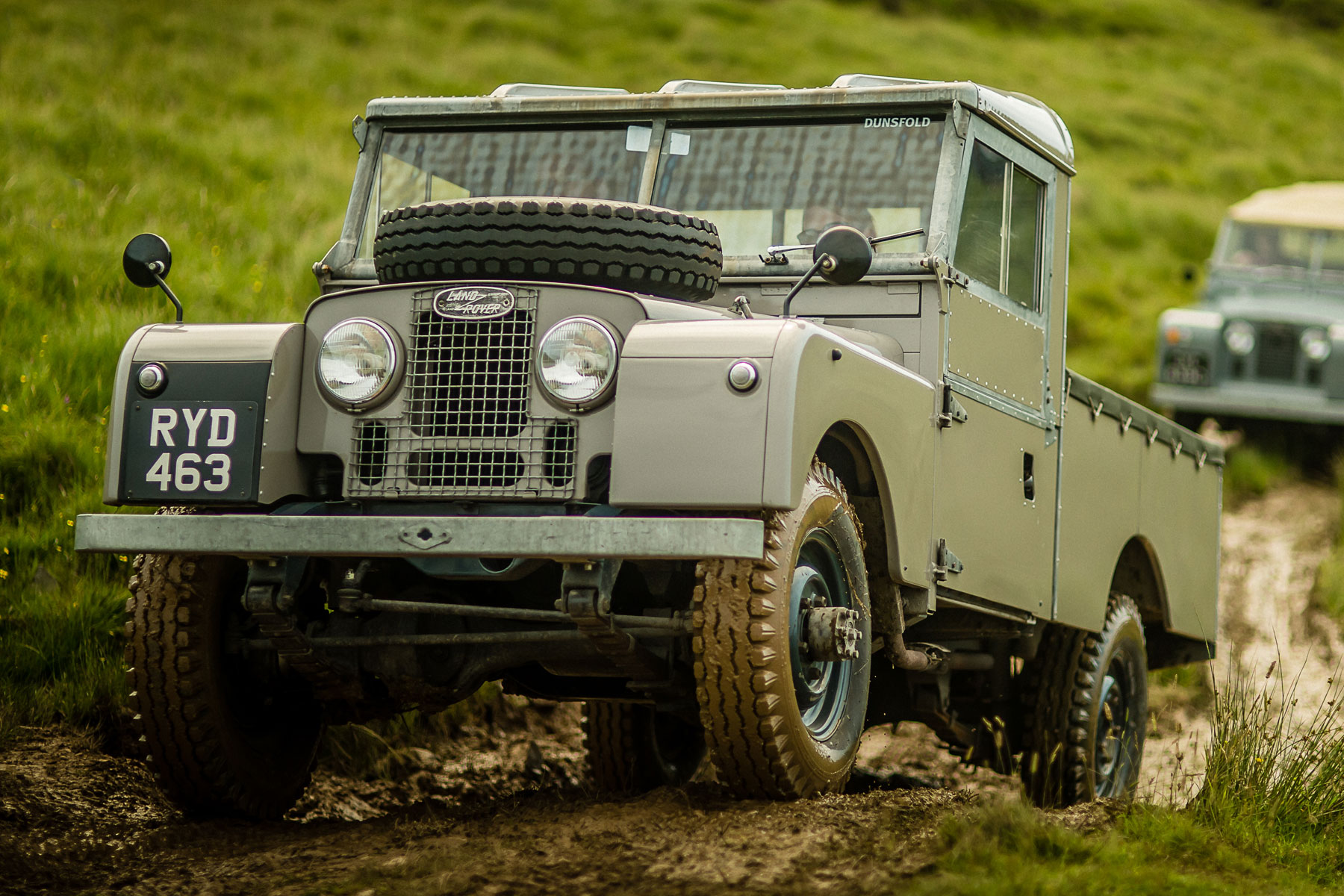 The Series I, or simply the Land Rover as it was known back then, was introduced in 1948.

The example we’ve driven is owned by the Dunsfold Collection. Apparently it’s manager Phil Bashall’s pride and joy, and that’s evident from its simply immaculate condition.

The car is a 1954 Series I 107-inch pick-up – the equivalent of the last13 Defender 110 truck cab. There’s little evidence that it’s more than 60 years old, but there are little quirks that set it apart from the Defender that would come decades later.

The wipers, for example, are manually operated. An interesting concept on a wet Scottish island. And the speedo is set in the middle and bobs around telling you vaguely how fast you’re daring to go – with VMax from its 53hp 2.0-litre petrol engine somewhere around 50mph.

‘Charming’ is the word. 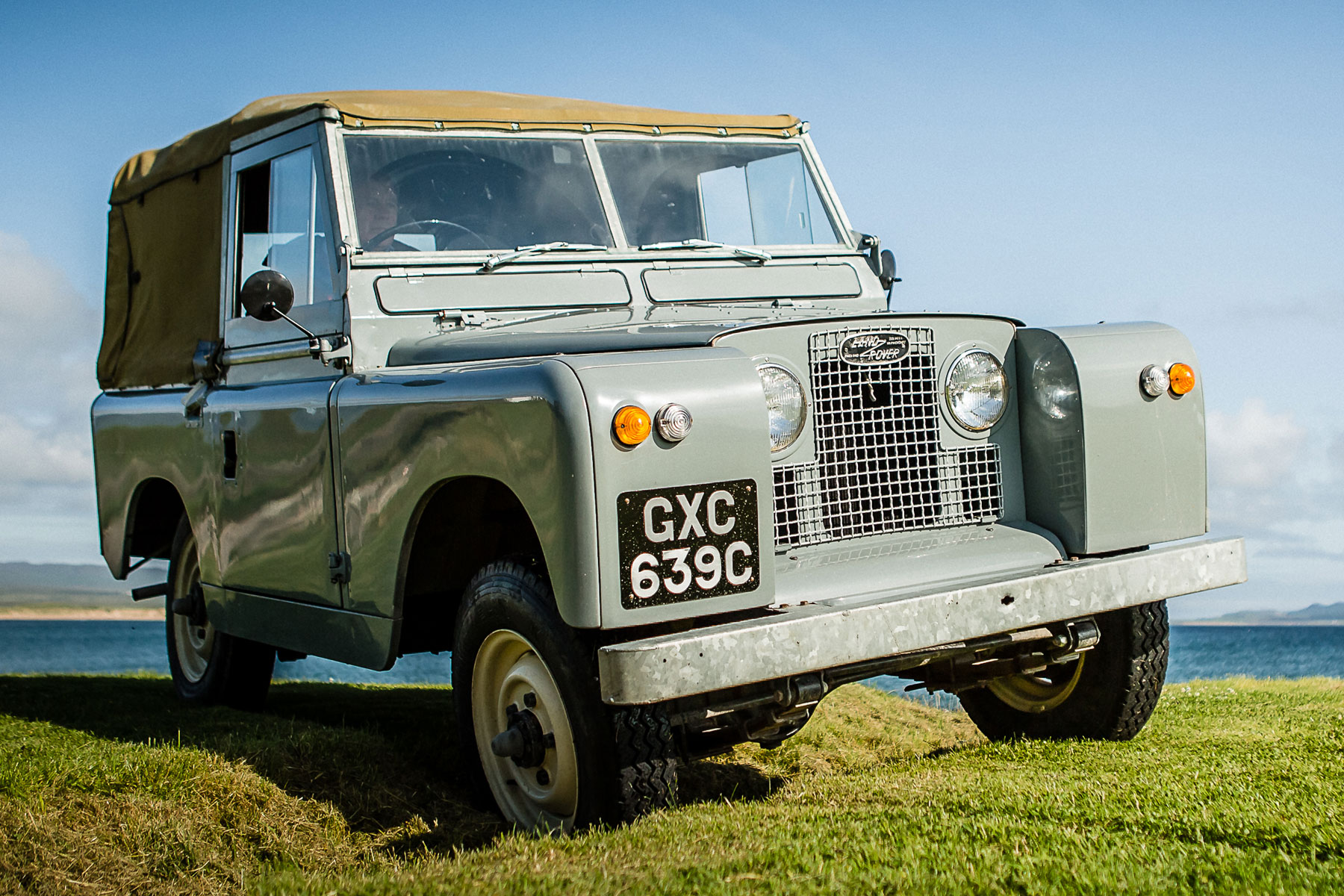 Technically, this isn’t a Series II, but a Series IIA. Cosmetically there’s little difference to the II, but at this point a 2.25-litre diesel engine was introduced to the Land Rover for the first time.

The Series IIA on Islay is a 2.25-litre petrol, however. The first vehicle we drive after landing on the island, it’s a quick lesson in driving older cars. With no synchromesh on lower gears, it requires double de-clutching. Combine that with brakes lacking in servo assistance, and we soon discover how difficult it is to slow down an old Land Rover while heading downhill into a twee Islay village.

The steering doesn’t help the experience, either. Driving in a straight line is tricky – something we put down to an ‘old Land Rover’ thing, but actually turned out to be a dodgy steering box.

Still, despite these issues, it’s hard to deny the Series IIA is a lovely vehicle in which to potter around a Scottish island. Made in 1965, it looks like something out of Heartbeat, while its 2.25-litre petrol engine provides adequate power for Islay’s minor roads. 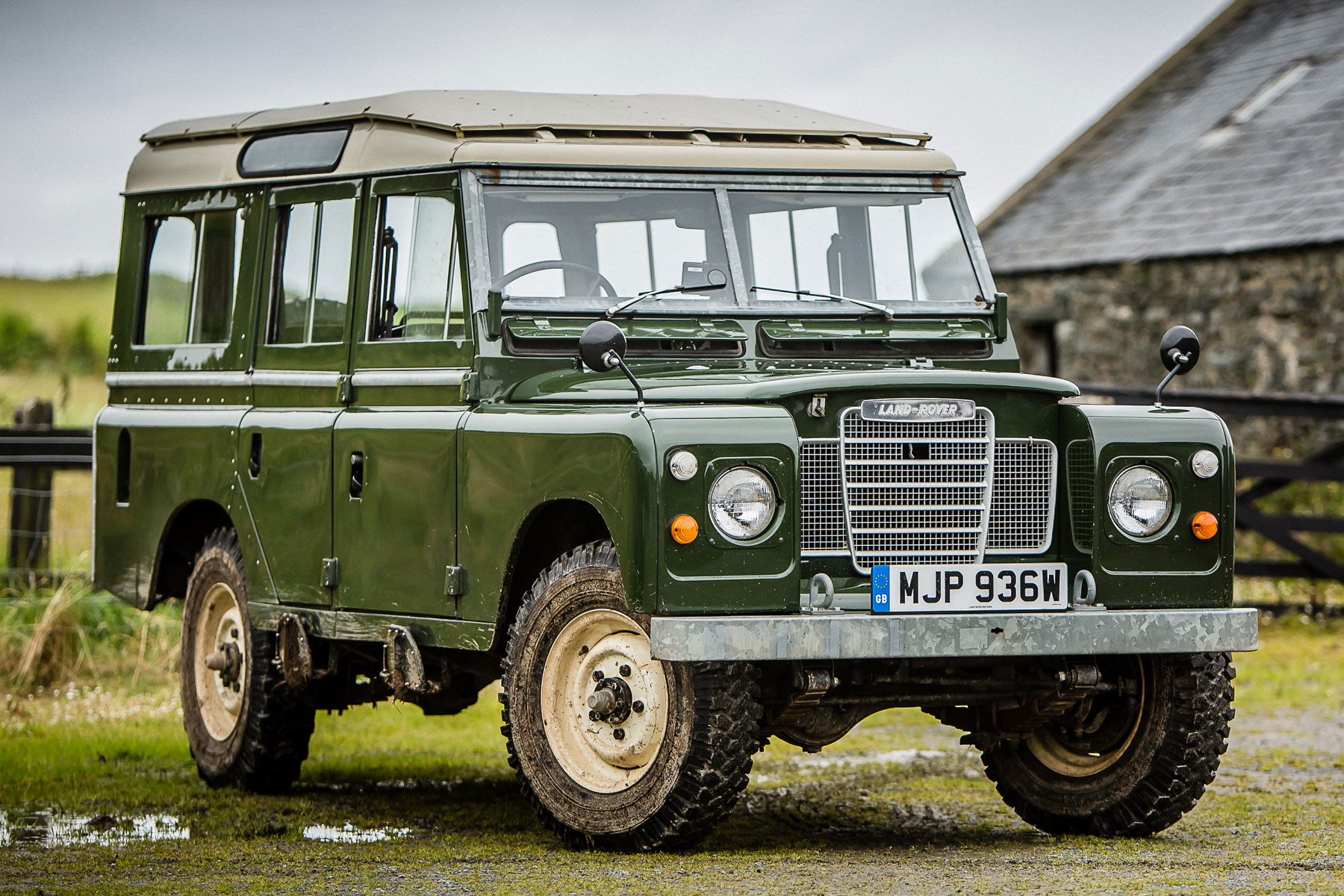 This isn’t our first encounter with MJP 936W – a 1980 109-inch Series III. We first got to drive it around Land Rover’s off-road course in Solihull during a visit to the last Defender production line.

It’s as terrifying as I remember, with the turning circle of a bus and ancient drum brakes. But it’s also brilliant fun. By now I’m starting to get used to dropping down through the gears rather than relying on the brakes – a technique few of us use in our everyday driving.

It’s got the same 2.25-litre petrol engine as the Series IIA, but with a load of extra mass. It’s certainly more suitable for pootling around than getting anywhere in a hurry. 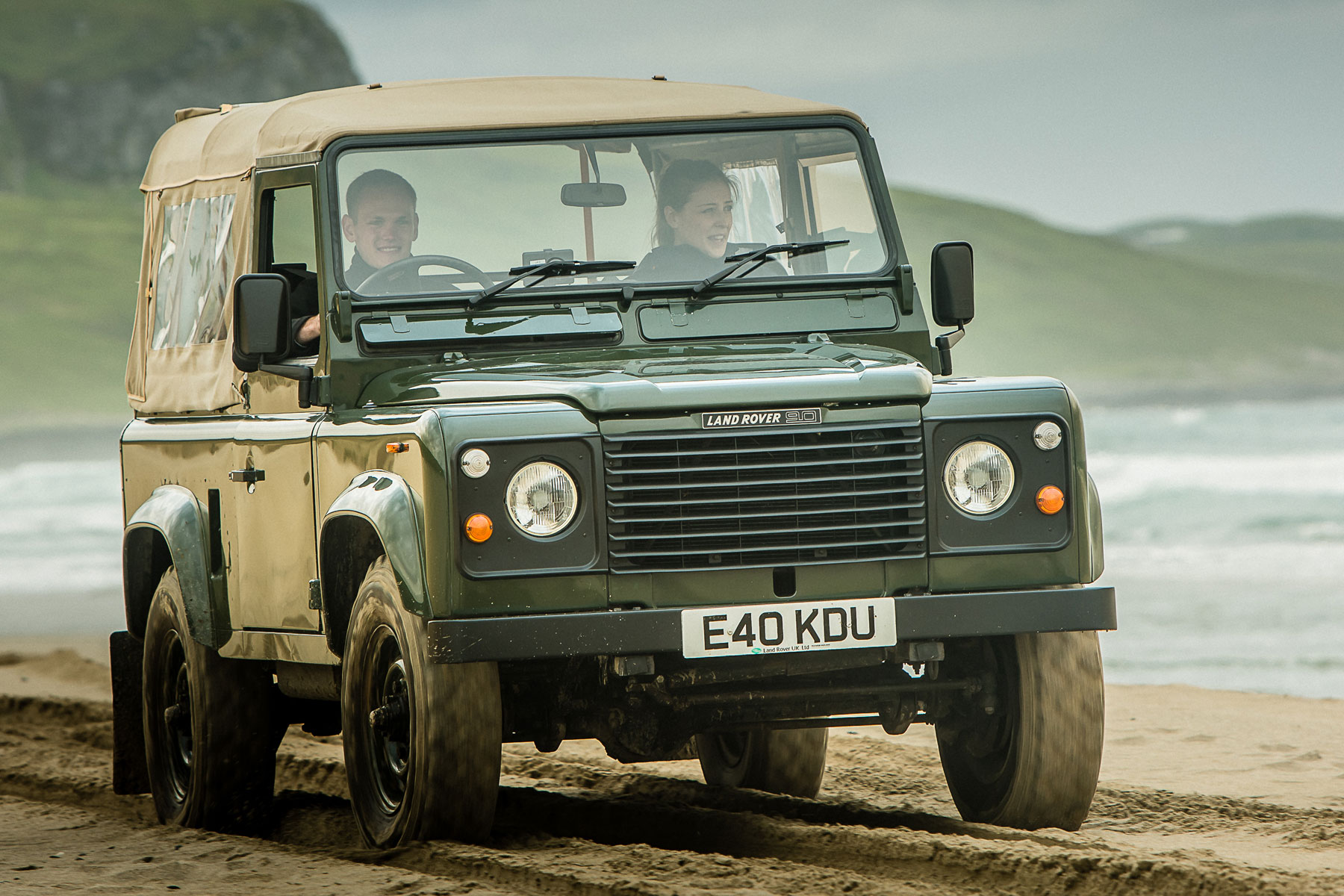 The launch of the 90 and 110 in 1983 represented a turning point for Land Rover that some hardcore enthusiasts still struggle to accept. It’s when Land Rover made the switch to coil spring suspension, instead of leaf springs.

Driving this Land Rover 90, it’s hard to argue that leaf springs are better in any way. Not only do the coil springs provide a more comfortable ride, they also give more axle articulation when off-road.

But that’s enough about suspension – what makes this 90 so special? Well, it was produced to celebrate 40 years of Land Rover production in 1988. The plan was to launch a limited run of 40 special editions, all bearing the number ‘40’ on the number plate. However, with the 1980s being a turbulent time for car production in the UK, strike action led to the project being cancelled.

Just two were built. This one was finished in traditional Land Rover Bronze Green paint, with even the wheelarches colour-coded. It was equipped with a khaki soft-top, providing a nod to soft-top models of earlier Land Rovers.

Driving it around Islay, there’s just something about it that feels so right. Possibly the perfect compromise between old and new, it’s easy to drive, but still feels like you’re driving a classic vehicle. 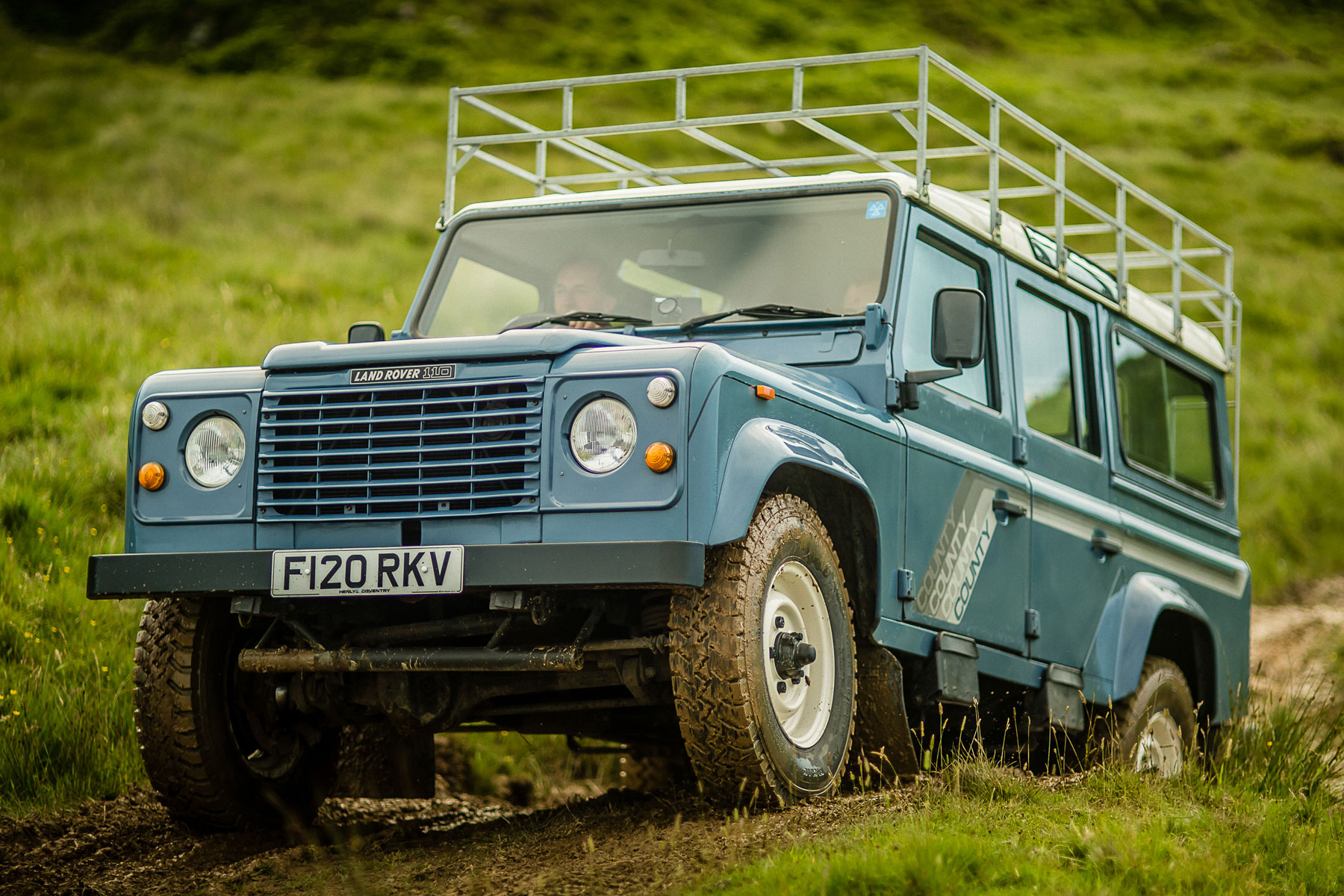 The 110 County Station Wagon represents a shift away from farmers’ workhorses to recreational family vehicles. With more comfortable seats than the regular 110, as well as a number of improvements over the years (from exterior stickers to a radio-cassette player), the CSW made the 110 genuinely desirable for the first time.

Powered by a 3.5-litre Rover V8, you’d expect the 110 CSW we drove on Islay to be pretty rapid. But with just 134hp and a weight nudging two tonnes, it’d struggle to keep up with a newer Transit-engined Defender (and certainly not the new Defender). Still, if you do boot it (and try not to think about the fuel bills if you do), it does at least sound good.

The extra length of the 110 compared to the 90 can also make things tricky off-road – while negotiating a narrow, rocky descent onto a beach, for example, the shorter vehicles were much happier to lift a wheel and get on with it. 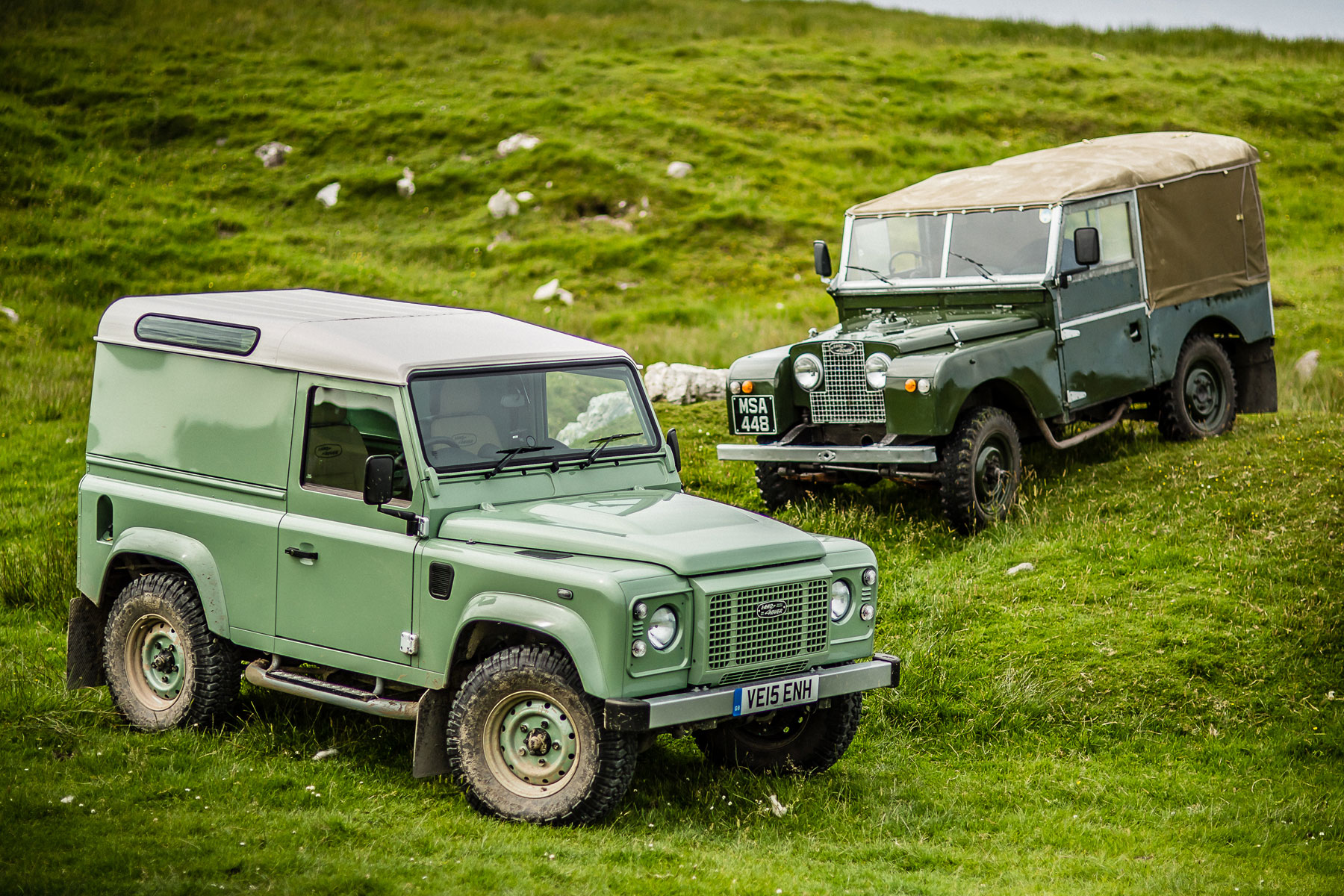 Launched as a final send-off for the Defender, our first impressions of the Heritage edition are that it looks stunning in its Grasmere Green paintwork.

After driving its predecessors, it even feels modern. And that’s not something we’d expect to write about a Defender.

The 2.2-litre TDCI diesel is quite vocal, but it does have a degree of performance to go with it. By that we mean it’ll keep up with normal traffic, just.

It’s still definitely a Defender, though. The whole experience is a bit Marmite. However, if you’re of the Defender mindset, you’ll love it. We suspect the all-new car will be less of a departure from ‘normal’ cars.